No doubt, Airbnb has made lives easier but not everyone has a good experience with Airbnb.

Whenever we hear about Airbnb, we recall our horrible experiences with it. How the host made us wait to give us the keys to the room and how Airbnb does not give a refund despite having a bad experience with the host! Airbnb has made our lives easier but it is not the same for everyone. A Twitter user shared her experience with an Airbnb host. She stayed at an Airbnb and when she left, she gave a 4/5 star. The host contacted OP on her personal contact number and threatened her to change her rating to 5-star. She took the screenshots and contacted the local authorities. Scroll down to get into the complete story.

1. OP used Airbnb and the host sent her these texts after she left: 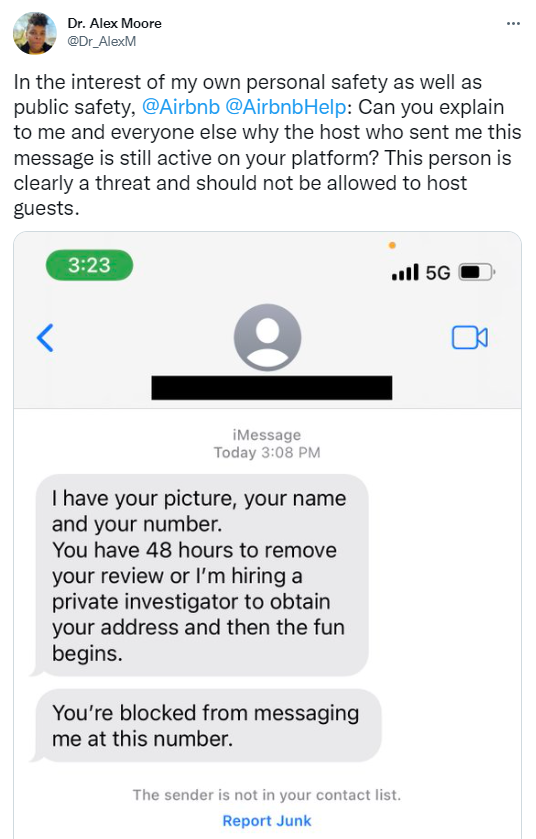 2. OP gave a 4-star review to Airbnb and the host contacted her at her personal number to threaten her: 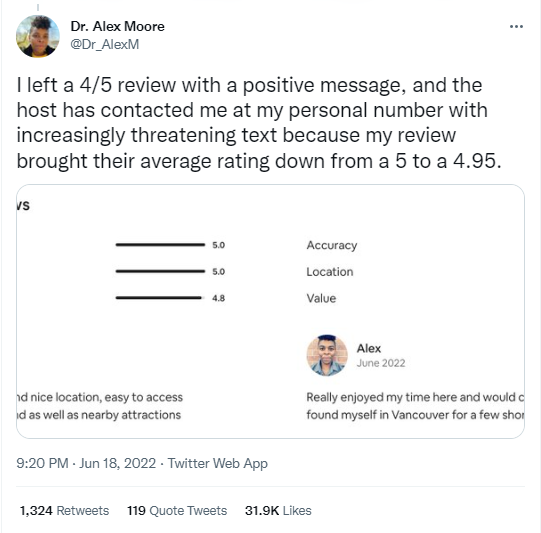 3. OP gave an update on the situation: 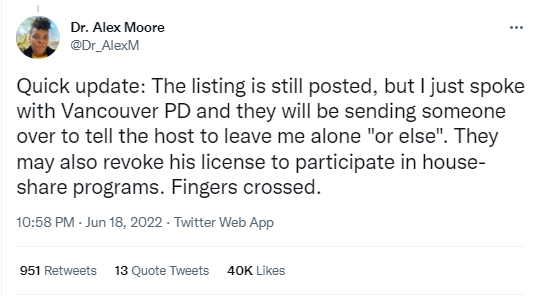 The listing was still there but Vancouver police department told her to send someone over to help her through this situation.

4. OP got a reply from Airbnb and they assured her that they are sending the correct team right away to provide prompt assistance. 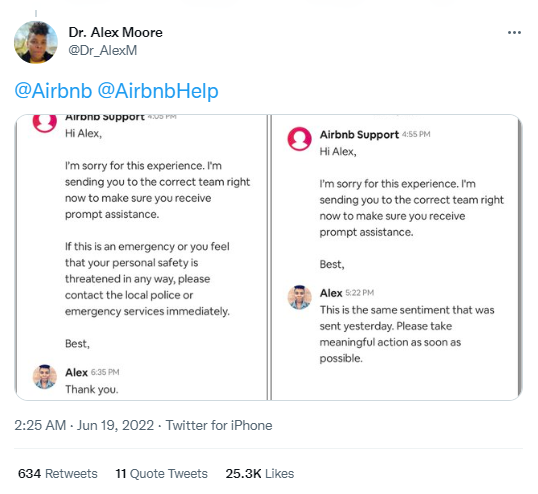 Seems like OP did not get prompt assistance and Airbnb sent her a formal text again.

5. His listing was taken down and OP was happy about it. 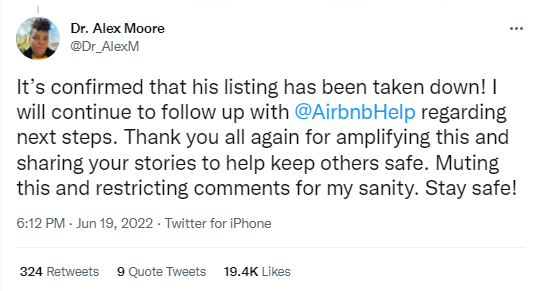 6. Airbnb sent another e-mail and this time, they took an action against the host, took his listing down and removed his account from Airbnb. 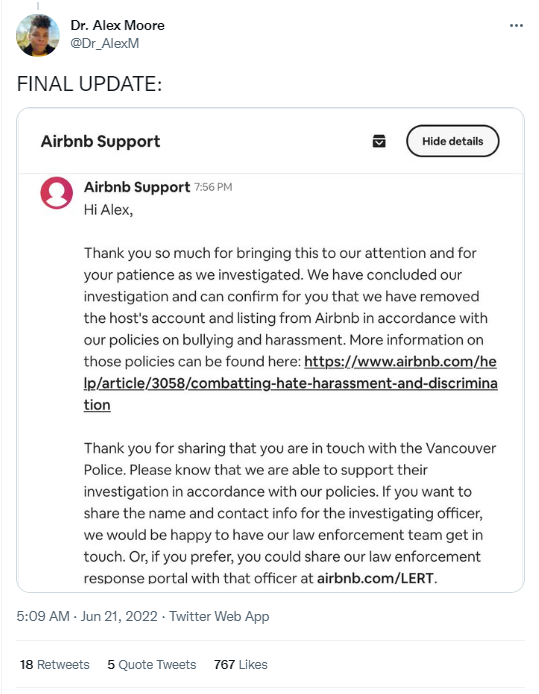 Although Airbnb did not provide assistance right away but we appreciate them for removing the host’s account and taking his listing down. He would never dare to threaten someone ever again. Kudos to OP for making sure his listing gets taken down. We have no idea how many other people he had threatened before to get the 5-star rating. Now, he can’t do that.

7. This person also got a text from an Airbnb host to make an adjustment. 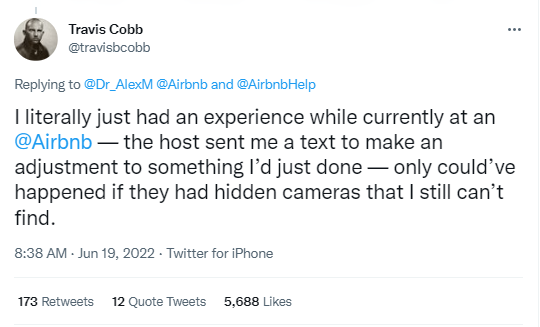 8. This person booked an Airbnb and they got late due to their flight. When they reached, the host did not open the door and did not even pick up their calls. 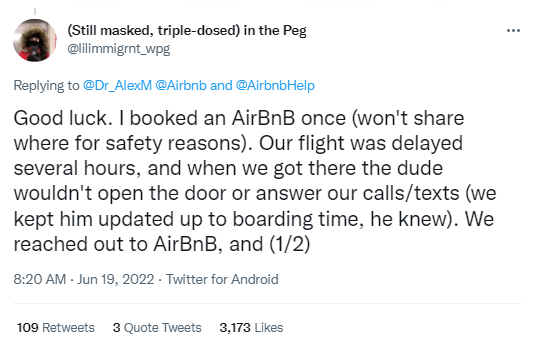 9. They sent the screenshots of the host’s texts to Airbnb and this was Airbnb’s response: 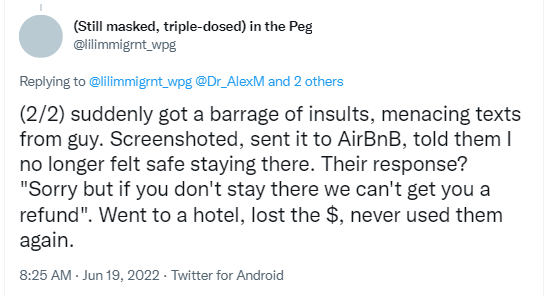 10. The Airbnb host who refused a couple just because they were lesbian: 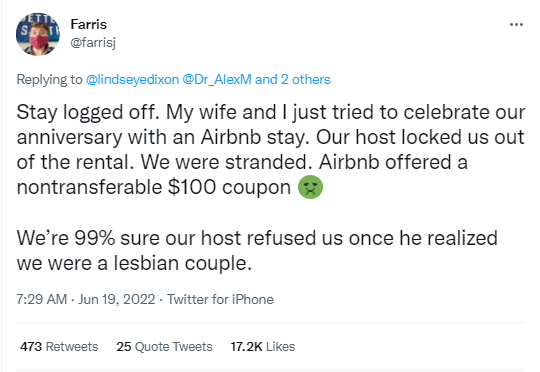 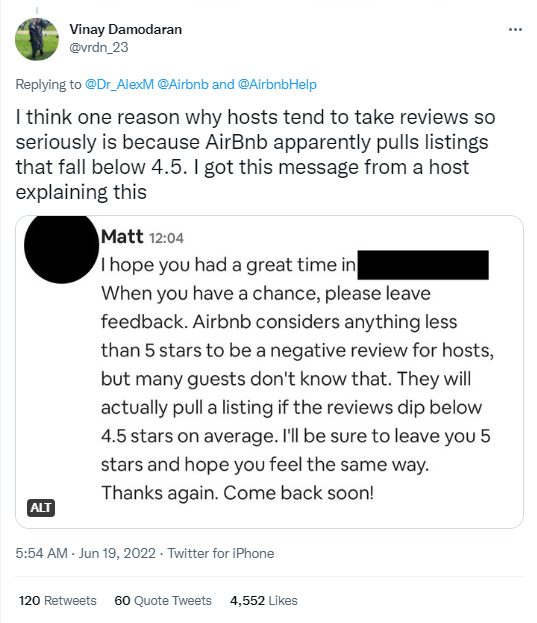 Have you ever used Airbnb before? If you did, share with us how was your experience? Was it pleasant or not?