Pets are not objects that sit in a corner of our homes. They require a great deal of work and attention. They have both needs and rights that should be taken into account when adopting a pet. However, some people fail to do so and don’t give their pets the love and care they deserve. They mistreat them and abandon them instead. Some animals are mishandled by their owners, some are used for experiments in the labs and some are street animals that no one loves. Animal rescuers work day and night to find such abandoned, mistreated animals from the streets and dumpsters. They rescue them and keep them in animal shelters with love and care until someone adopts them into their family.

Every animal at the animal shelter has a story. Usually, those stories are not happy stories. These animals have survived unfavourable situations and had an extremely rough start in life. Some cats and dogs are lucky to have been rescued at a very young age, while unfortunately, some have to face difficulties and survive harsh situations before finding shelter and love. Thank God, the world is still blessed with people who have a huge heart and are willing to take in these animals who have never known the love of a family. Many people around the globe adopt animals from animal shelters every year and give them the love and care they deserve. Here we have collected 24 before and after photos of abandoned pets that prove how love can change everything. Scroll down to check out these heartwarming transformations.

Boris’s amazing transformation from his first bath after being rescued to an adorable full-grown feline with chunky paws.

“My sweet soul dog, Nova. At the shelter she was kept in a cat cage and could hardly move. I feel for the shelter, they were doing the best they could and were over capacity. I saw her photo and she was up soon for being euthanized. So I drove a 20hr round trip to save her.”

“Merlin at the adoption center, he looked so sad, I had to go meet him. Now majestic as heck.”

“Meet Dusty! He was living under train cars, then my office, now my home. These photos are 3 months apart!”

“My foster dog got adopted yesterday. Only 10 days between the 2 photos.”

“It’s been exactly 1 year since I’ve adopted my first dog, Catlyn. We all just call her cat or kitter though.”

Animal cruelty is a heinous crime. What have these innocent beings done to deserve such inhumane treatment? Guess some people are just heartless, with no feelings or emotions. They have either felt too much pain or no pain at all. Hurting animals that can’t even stand up for themselves? Well, that’s pathetic straight off the bat. It always breaks our heart to the see poor animals in adverse situations, abandoned on the streets or in the dumpsters. Sometimes these pretty little angels are found injured with a lost limb or an eye. Thank God, not all hope is lost. There are still people who are serving humanity by taking steps to rescue these adorable animals and finding new loving homes for them. These are the unsung heroes of our society that deserve great appreciation for their work.

“Adopted this guy today from the shelter! He sure looks happy!”

“We adopted this guy from a foster and rescue. He had patches of fur-loss, noticeable scarring on his belly and conjunctivitis. We hope he continues to flourish and live a happy, healthy life.”

“Dobby’s before and after – I adopted him in December 2018 and honestly, it’s the best decision I have ever made. Life is so much better because of him. He’s the reason I get up in the morning, literally and figuratively. He brightens my dark days and makes the good ones even better.”

“Our little guys adoption day just happened a few days back. 3 years with us and loving life!”

“When I adopted Pauli (18 years old) as a hospice care case in 2018, they told me he wouldn’t live more than a few months. How wrong they were!”

“Here’s my 3 legged baby, Maisie! The picture on the left is the first one I took of her at the humane society in November 2018. The picture on the right is from a few weeks ago. I was pretty depressed at the time of her adoption, but she has done wonders helping me get out of that hole.”

“One year ago today, we adopted our baby Laney. Here’s her “before and after” photos. Love you, stinky!”

“No one wanted to adopt him because of his cropped ears and “scary” looking face. He had stopped eating at the pound and was severely underweight. Now Bronco is healthy, always smiling, and loved by everyone he meets.”

“I found this kitten dumped in the middle of a road too weak and hungry to get to safety. The photo on the right is what 6 days of cuddles by the fireplace, lots of food and a cosy bed can do”

“Dany was dumped in a recycling bin, and made her way to us from a veterinarian her initial rescuer left her with. We got her at about 3 weeks old and had to hand feed her. Now she is filling out, and our timid little girl is playful lover that has become the guardian of our home.”

“16 year old Popcorn had never had a home when we found him. He’s 17 and a half now and living his best life!”

“She’s old, toothless and was bred half to death but it was love at first sight. 3 months later, living her best life!”

“Before and after. If this doesn’t warm your heart I don’t know what will..”

“Although in reality, it is not so simple – both babies were very wild. It took two weeks to even get hold of them. For domestication – about one and a half months. But the result”

No animal deserves to be treated inhumanely. They may not speak like humans, but they are a living being and share this planet with us. It is up to us to save them and protect their rights. Whenever we find an abandoned or mistreated animal we should adopt it and give it a new and better home. Small changes ultimately result in bigger ones. We can make a great difference for these adorable little members of our society and make this world a better place for them as well. 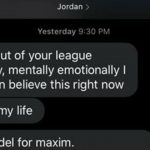 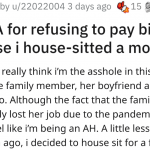 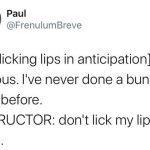 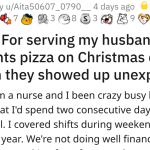 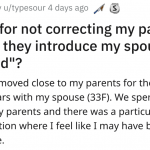