Keeping a large fish tank is expensive and extremely hard to look after fish.

It’s good to have a pet but do you know how important it is to realize the responsibilities of being a pet owner? All those happy pet owners that you see have some responsibilities on their shoulders and we must say they are handling them really well. Adopting a pet might sound easy but it’s not that easy. It’s a life-long commitment and you should be responsible enough to take care of them and provide them with a safe space. You can’t leave them unattended. It is your responsibility as a pet owner to feed them with what is right for them and if they are sick or have any allergies, you will be required to take them to the vet. Pets are not toys; they require constant attention. You can’t just have them one day and the other day disown them. Here, we have a story of a woman who firm put her foot down when her irresponsible boyfriend wanted pet fish and aquarium. Scroll down to read why the girl is against her boyfriend’s decision.

1. OP banned her boyfriend from getting pet fish.

3. OP’s boyfriend had a pet rabbit before but failed to take care of her. 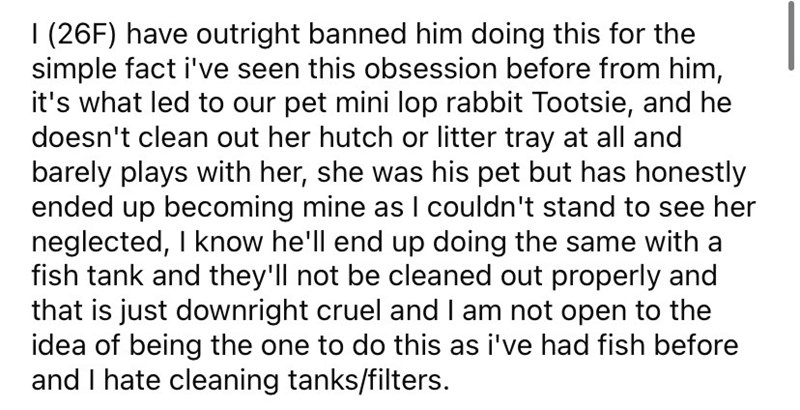 4. OP thinks her bf is not a responsible pet owner.

5. Fish and their tanks are a pain to care for. 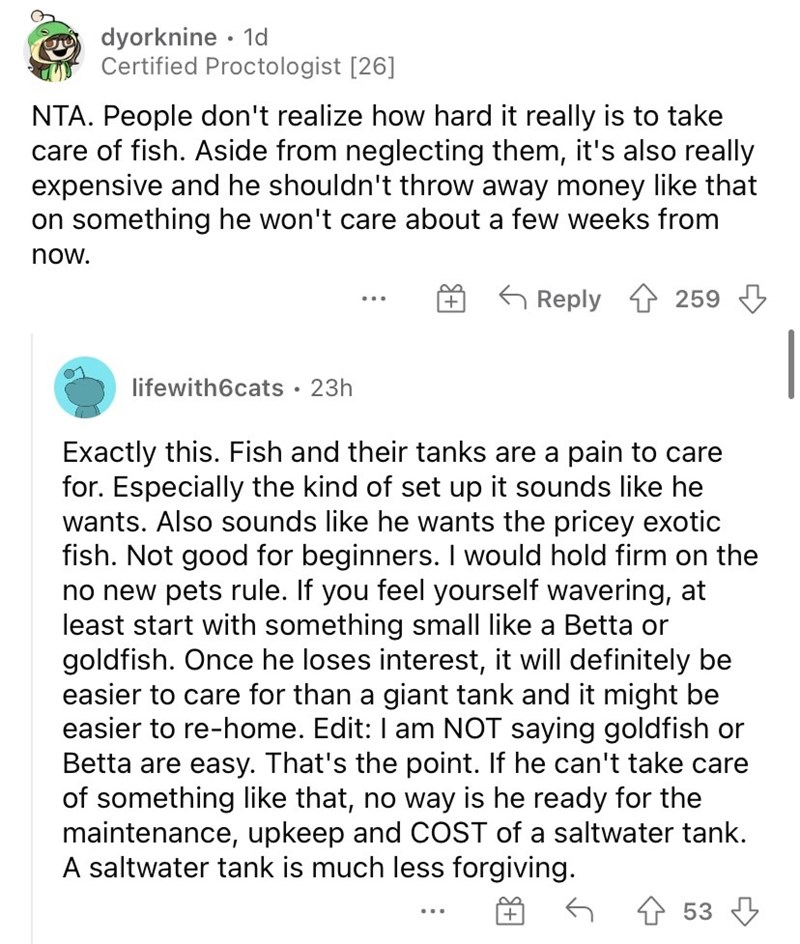 6. He should first prove he is responsible to take care of the rabbit.

Some people think OP should not trust her boyfriend because he has been an irresponsible pet owner before. It is extremely hard to look after fish and aquariums. It not only requires maintenance but is also very costly. If you will not pay attention to them, fish will die. Scroll down to read what other people think about it.

7. NTA. You already know how irresponsible he is. 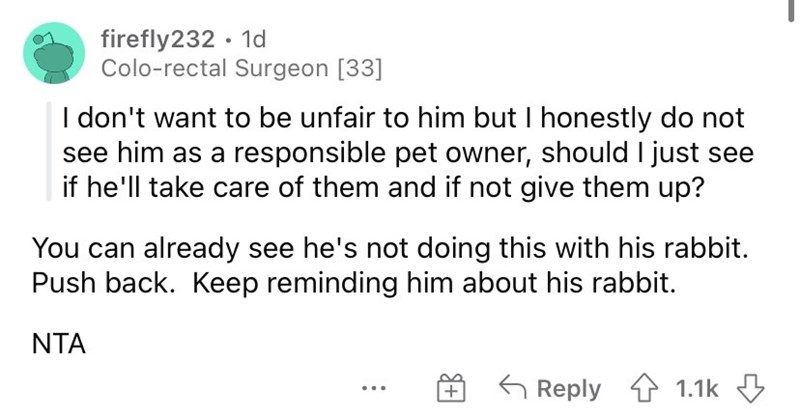 8. Aquariums are expensive and fish have strict requirements. Fish are friends, not fun! 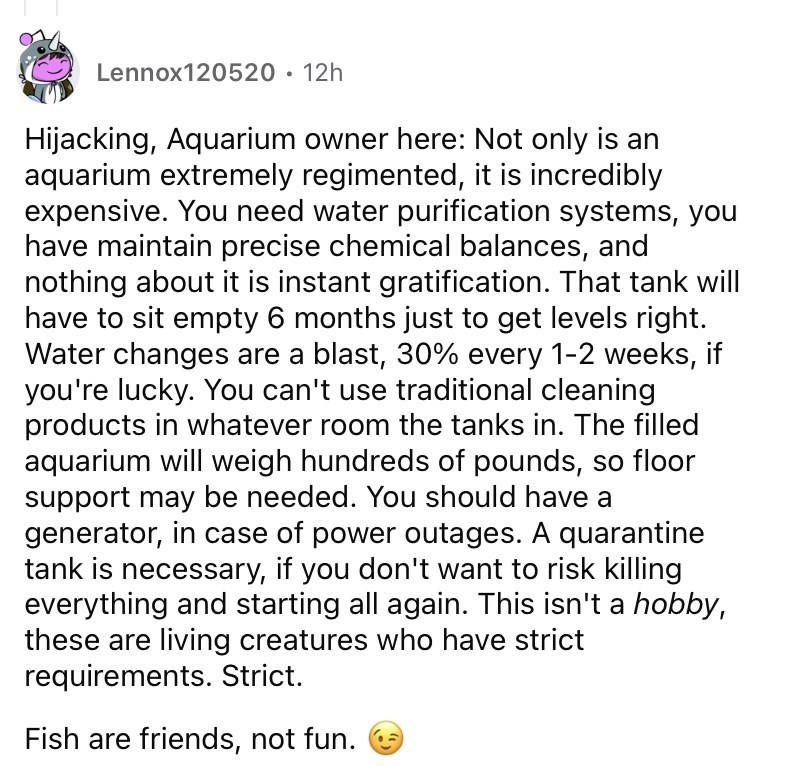 9. If he can neglect a cute bunny, imagine him neglecting a not-so-cuddly fish. 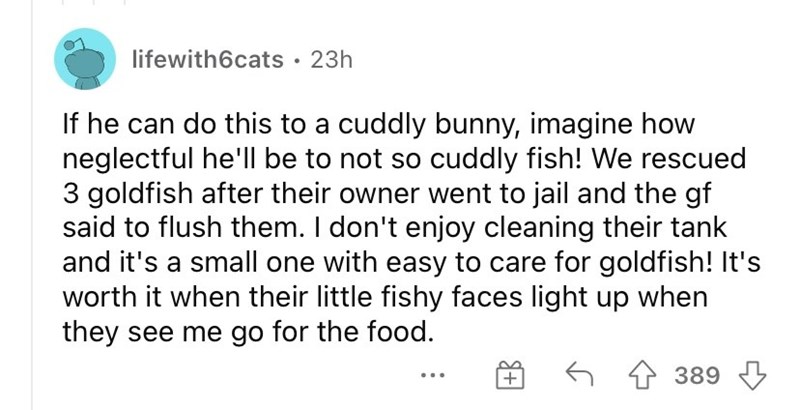 10. Fish are extremely hard to look after and they are costly. 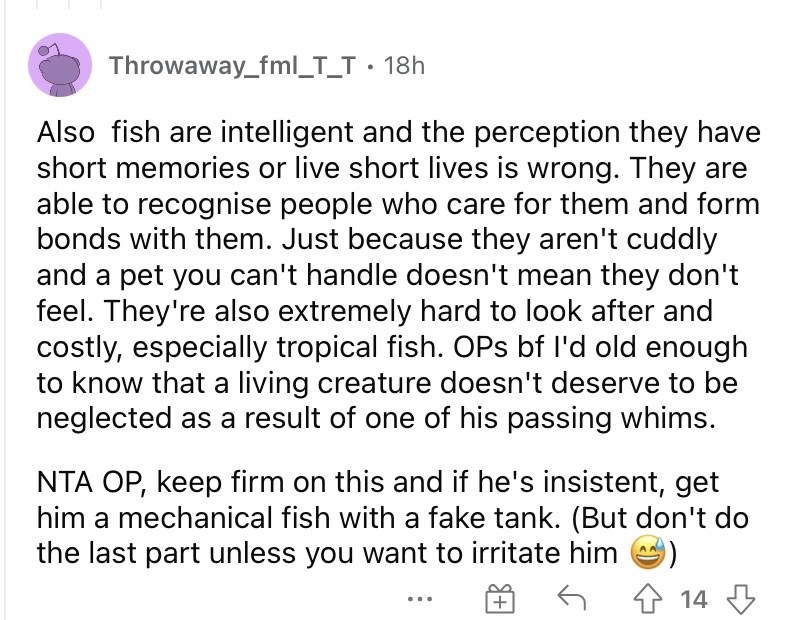 11. NTA. Keeping a large fish tank is an expensive hobby. 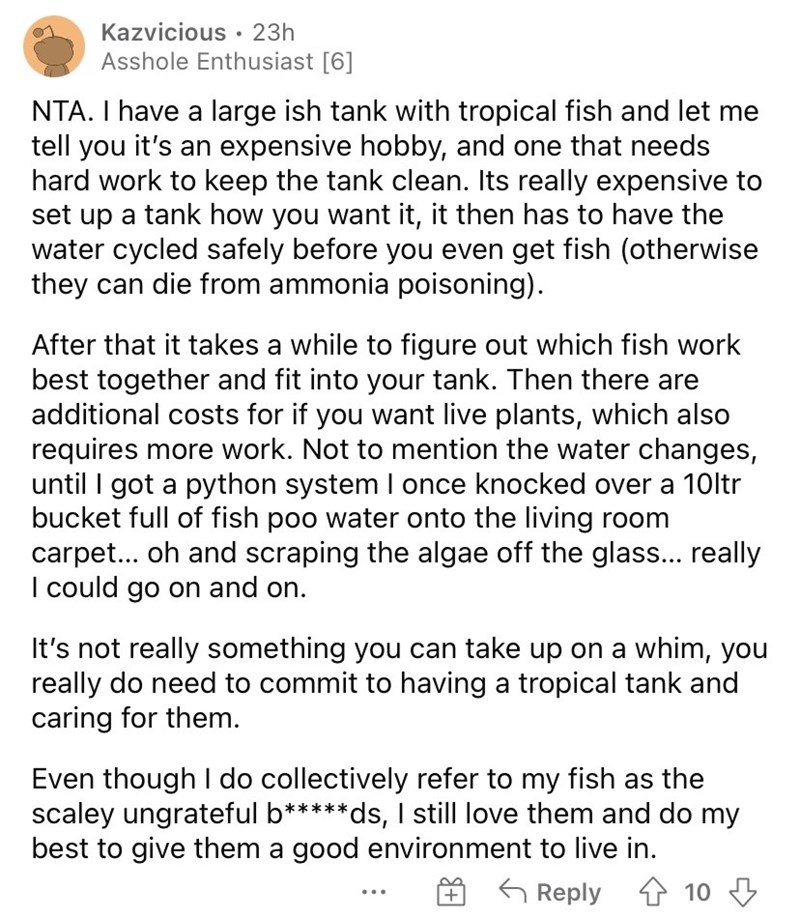 12. Pets are not toys. Know the difference.

We think OP is NTA and that she has banned him at the right time. There is no better solution than banning him. What do you guys think about it? Is OP the AH or NTA?