Life is filled with surprises, that is what makes it fun. However, it has to be good surprises. After all, nobody wants to be surprised with bad news. Well, this particular artist doesn’t believe in that. And they have decided to use bad surprises and revolve their comics around this idea. They throw one twist after another on their viewer and it usually ends badly. Not for the viewer, I mean for the people depicted in the comics.

However, that is not to say it isn’t hilarious. From finding the secret stash of ghosts to a child getting over their anxiety of flying, these comics are not the same as others as you have already seen. And you can see that for yourself by scrolling below. So if you like dark humor and want something to fill that need, you have come to the right place. Let’s get on with it, shall we?

#1 Sometimes you just have to take a step back and rest. 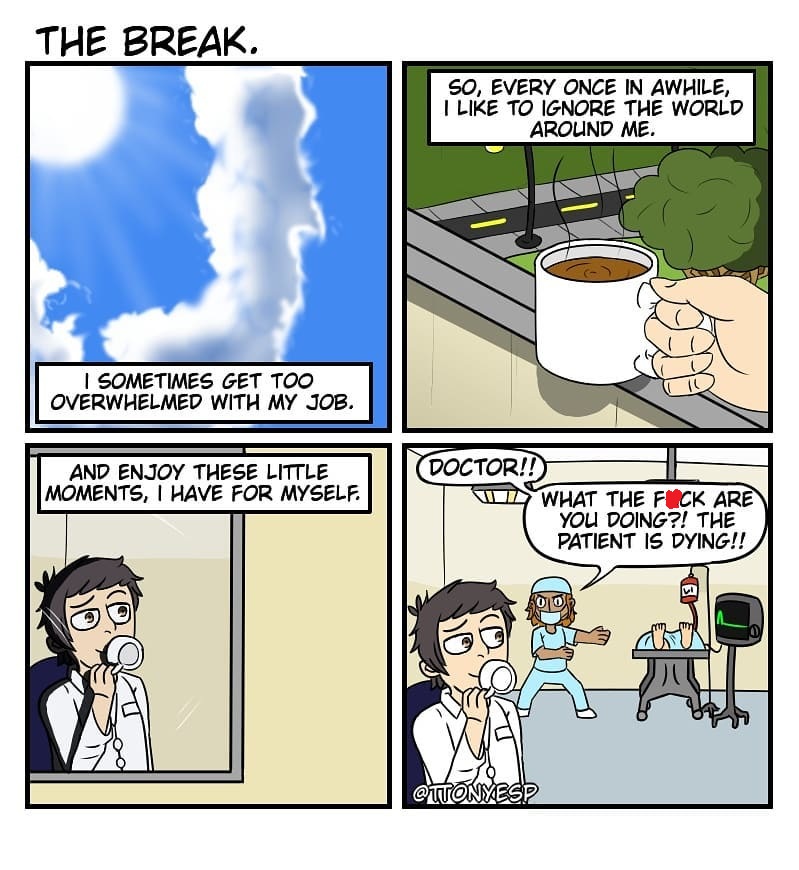 #2 This is giving me all kinds of horror vibes. 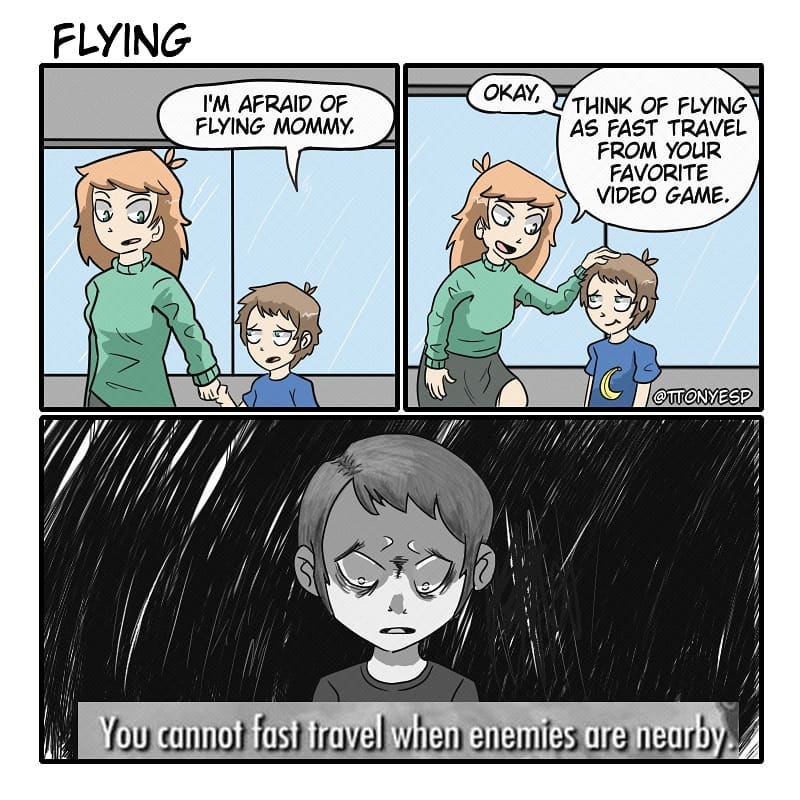 #3 When you feel a heart attack coming on, that usually means love. 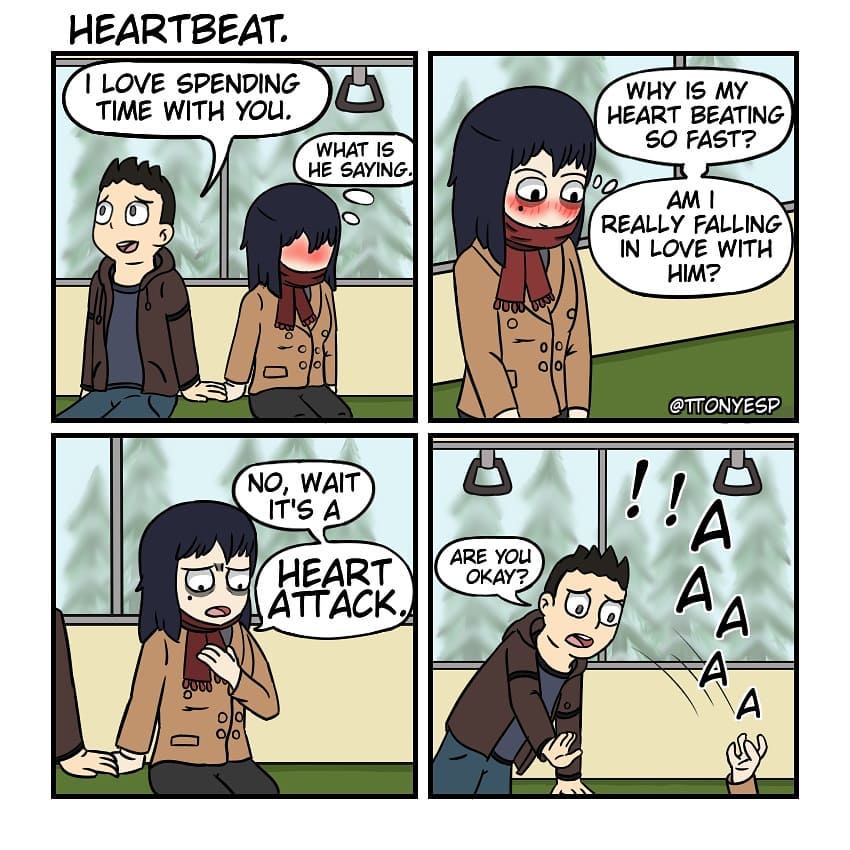 #4 The internet is a weird place.

I started drawing comics around Oct 2016. I wanted to create a YouTube channel back then, but I realized I didn’t have the drawing skills for what I wanted to create, so I had to put it on hiatus. I remember reading a comic called Rosiana Rabbit by Alex Dempsey and thought that comics were an easy way to improve my art. So I started drawing comics. -Tony

#5 We are all hiding many faces. 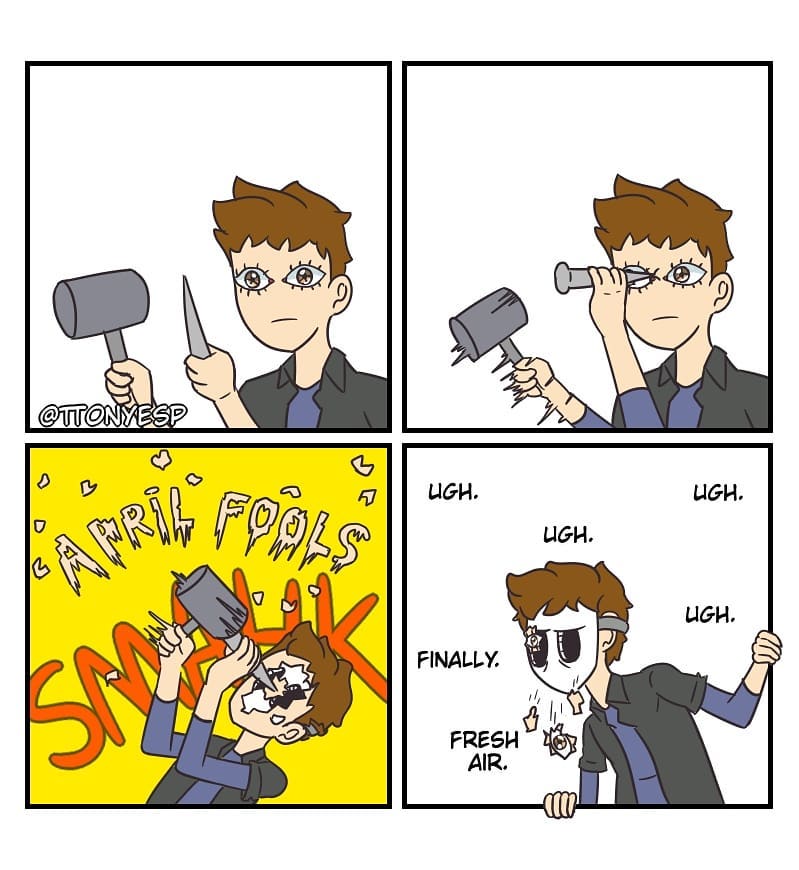 #6 It must be so hard to realize which one is the clone. 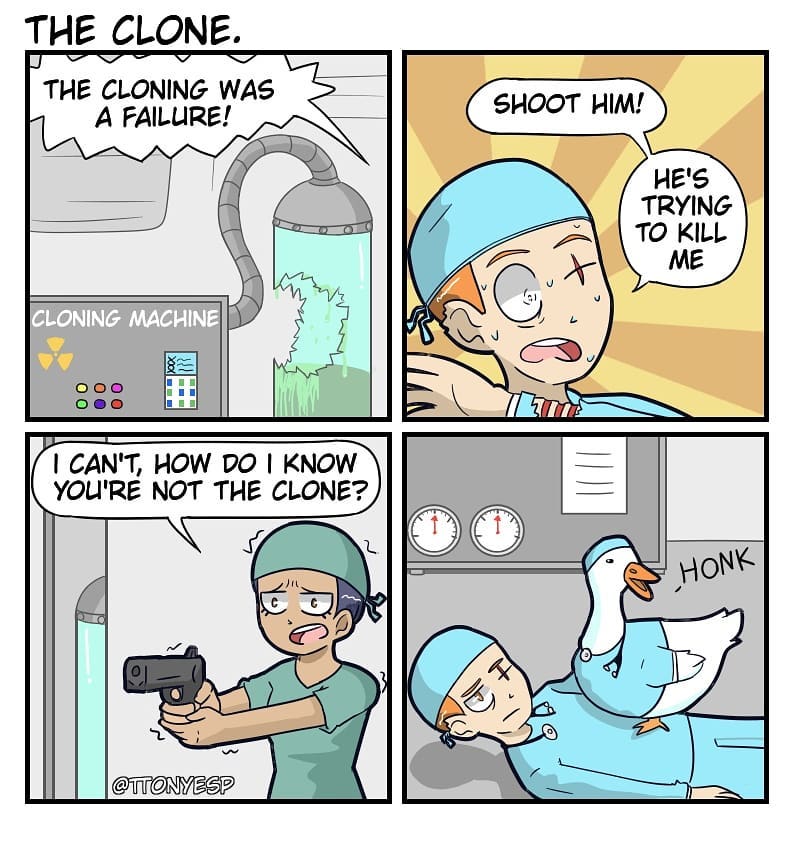 #7 I can attest that this is how it always goes. 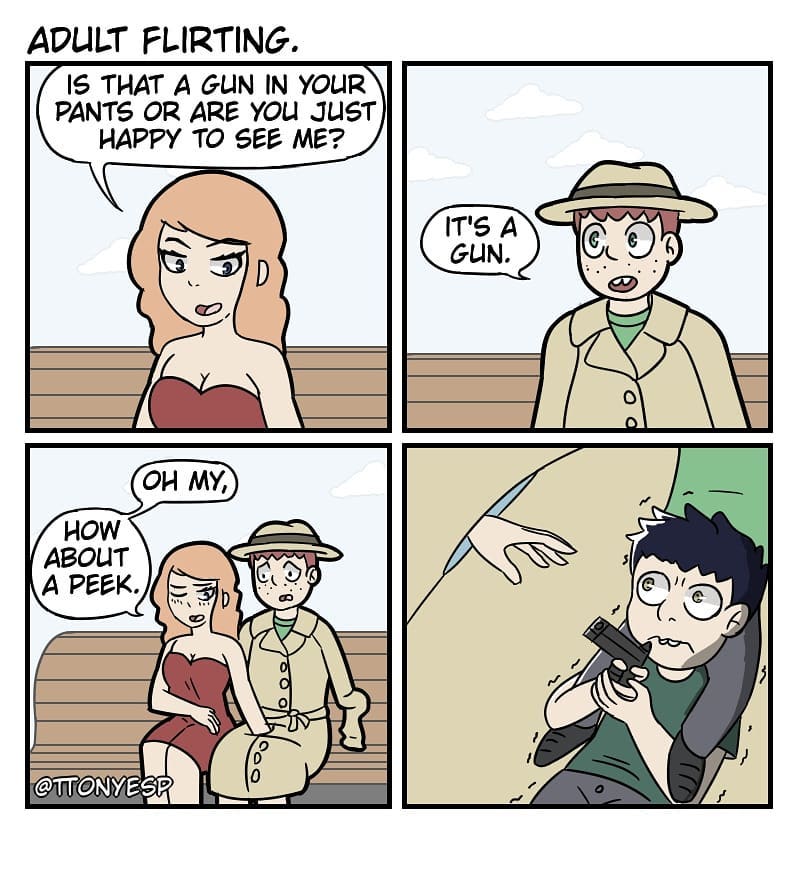 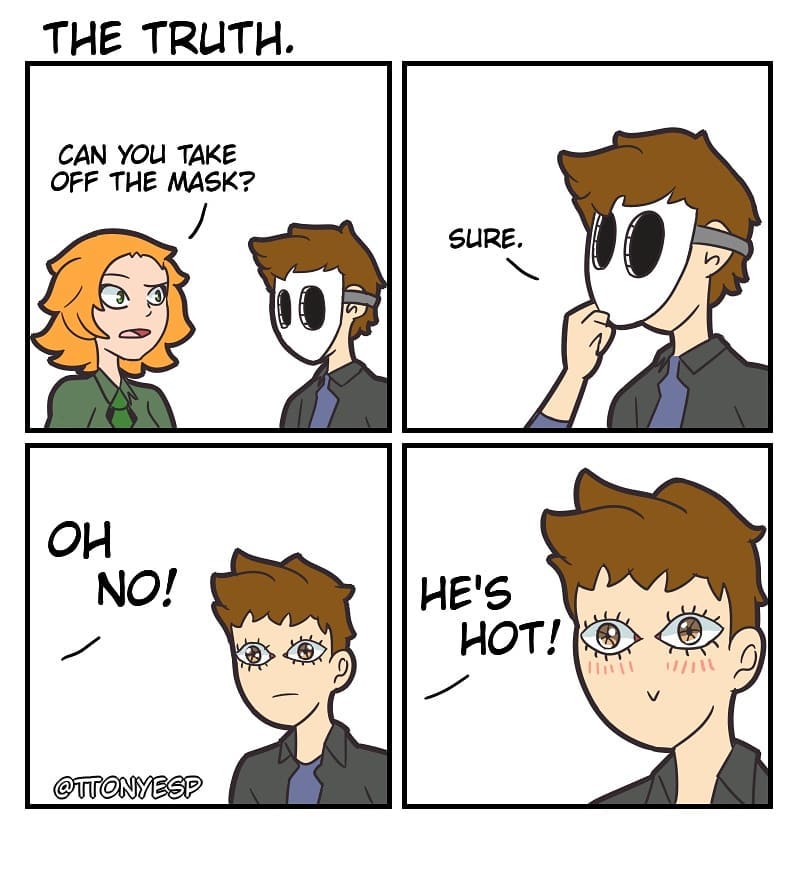 #9 He has always been waiting for that moment. 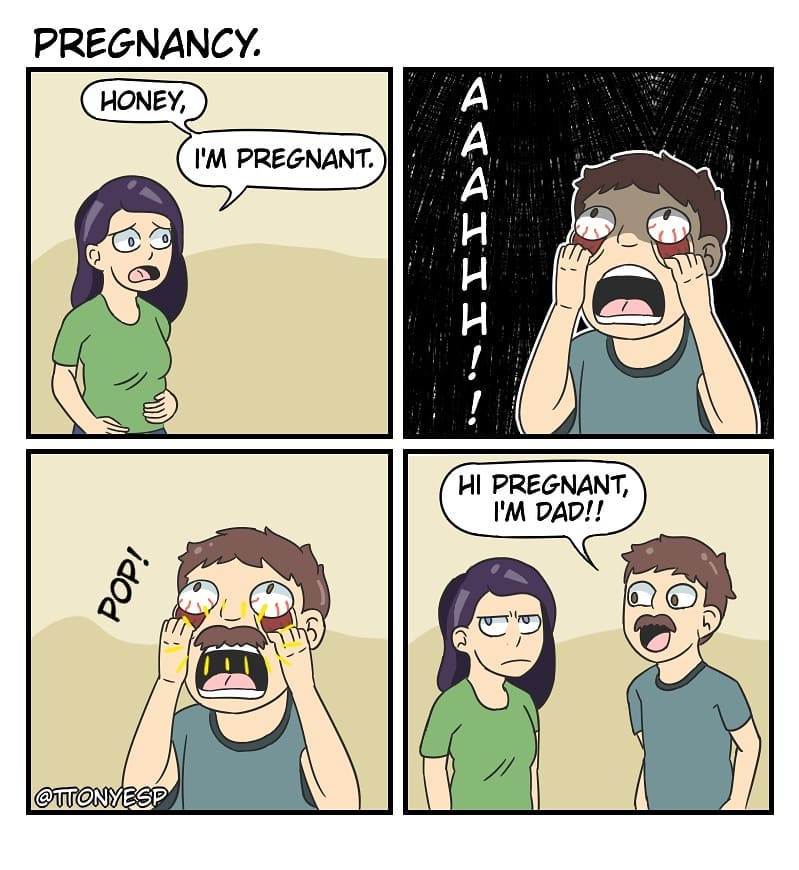 #10 Sometimes you have to take a leap of faith when it comes to love. 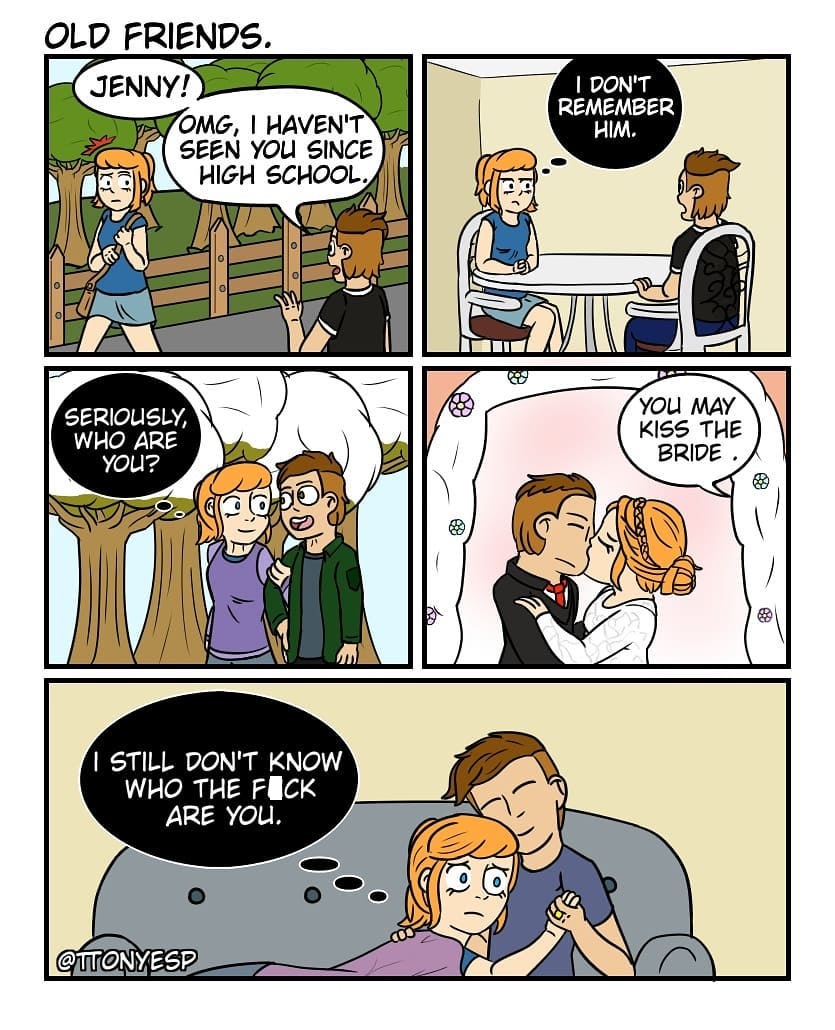 The artist says that he doesn’t want to stick to one subject and that he doesn’t have a unique art style. Usually, he just draws whatever he feels like. And that most of his jokes come to him when he is showering or doing something completely unrelated. He is still improving his art but his comics have already earned him quite a following. He has been doing this for over 4 years and hopes to turn it into a full-time job.

#11 She should have specified more. 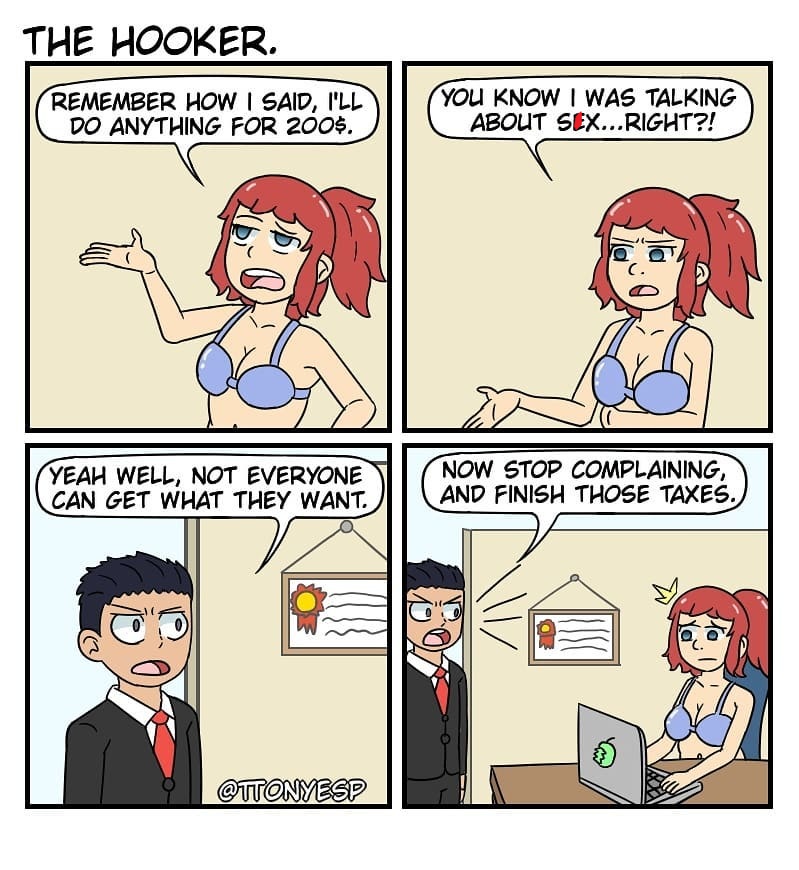 #12 To be fair, that cake does look delicious. 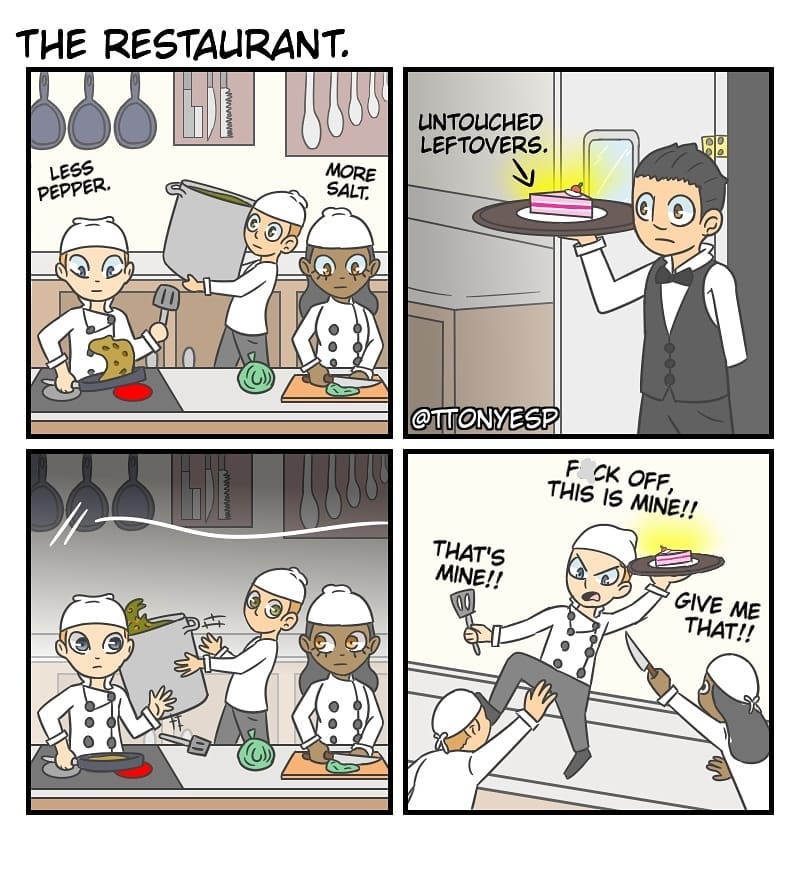 #13 There goes ‘the kiss at first sight cliche’ down the drain along with their teeth. 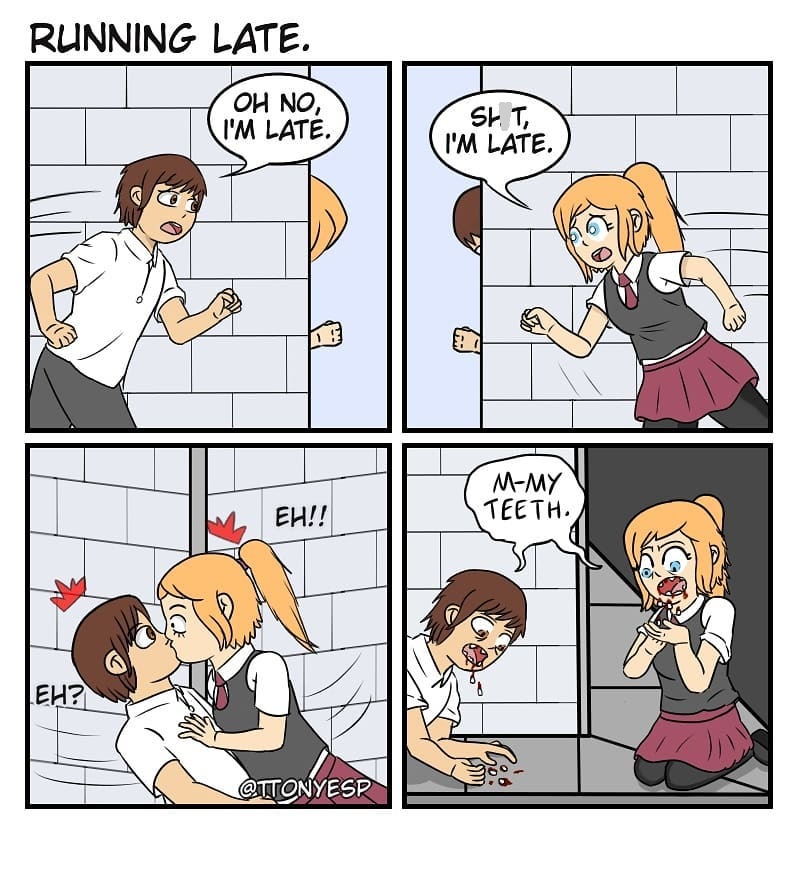 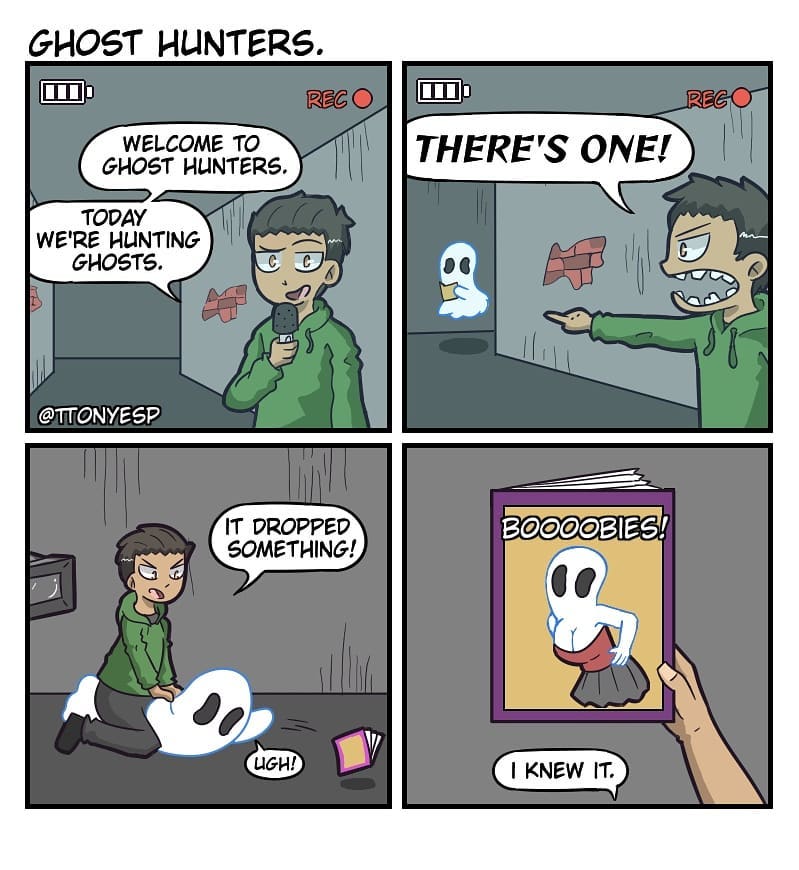 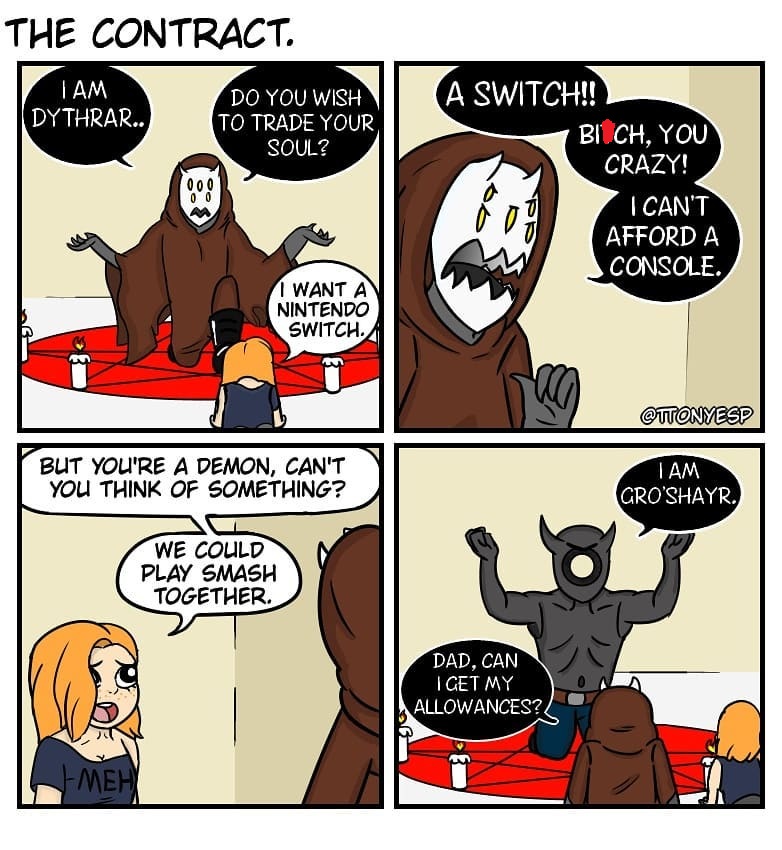 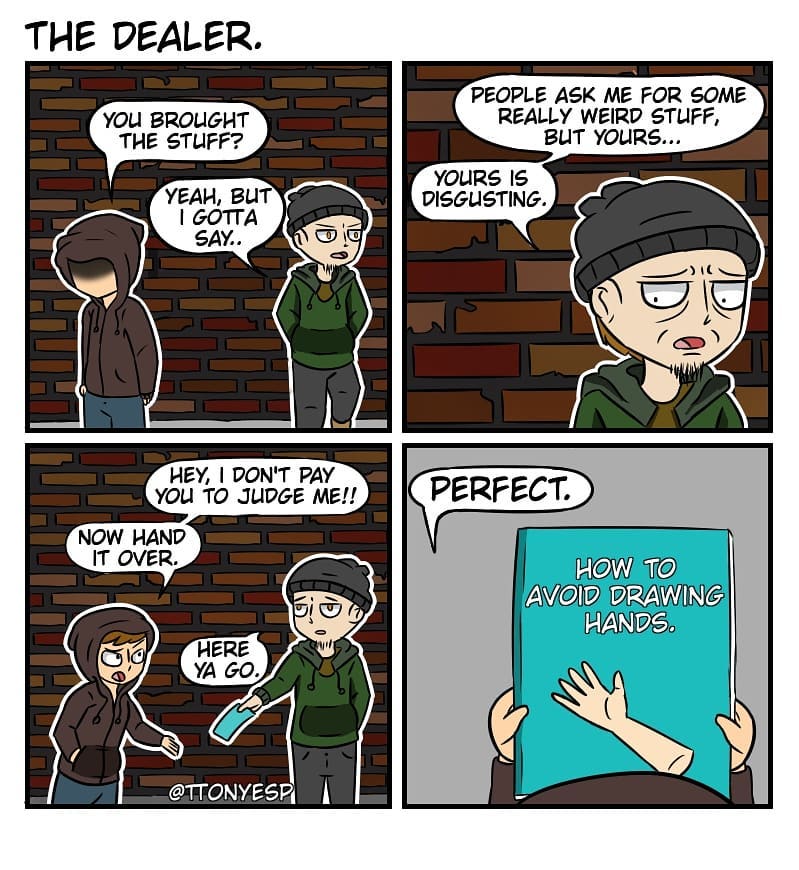 #17 We all ask ourself that question at least once. 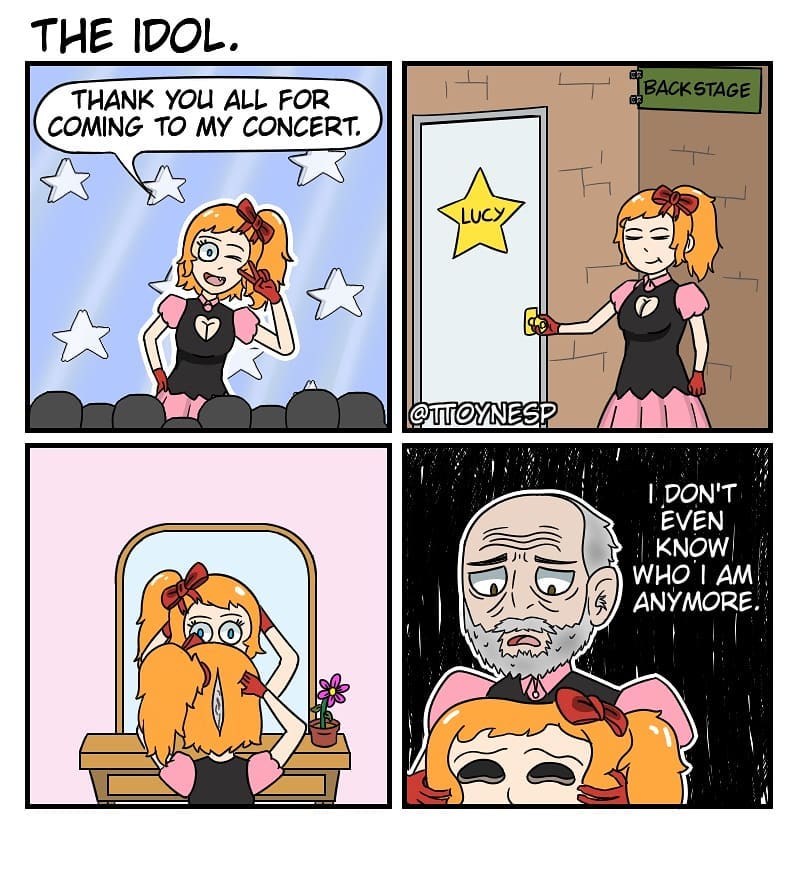 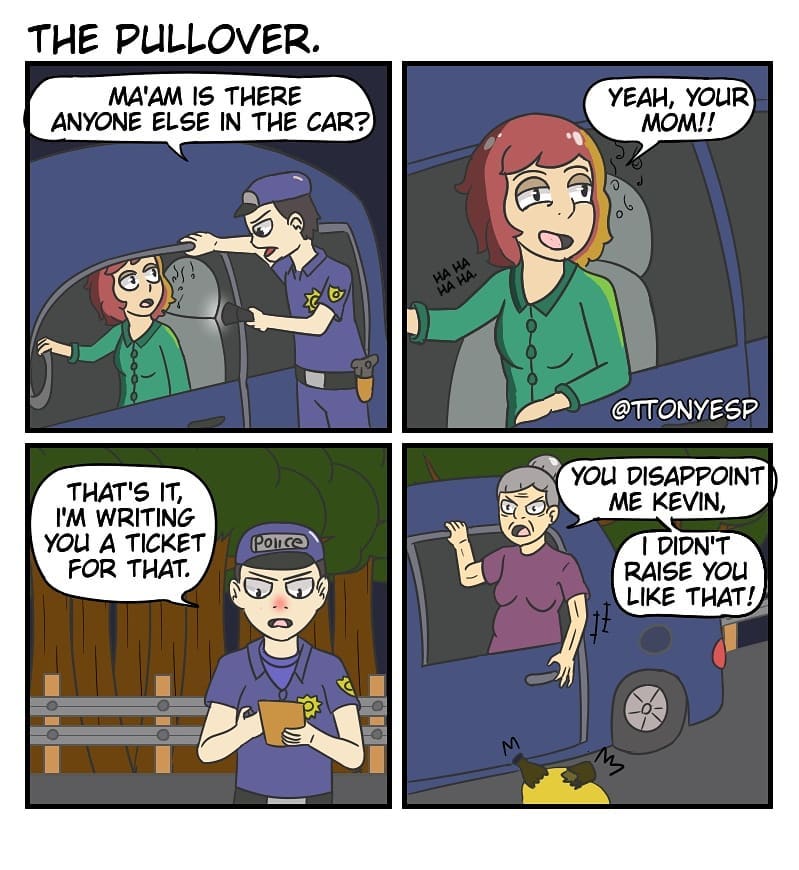 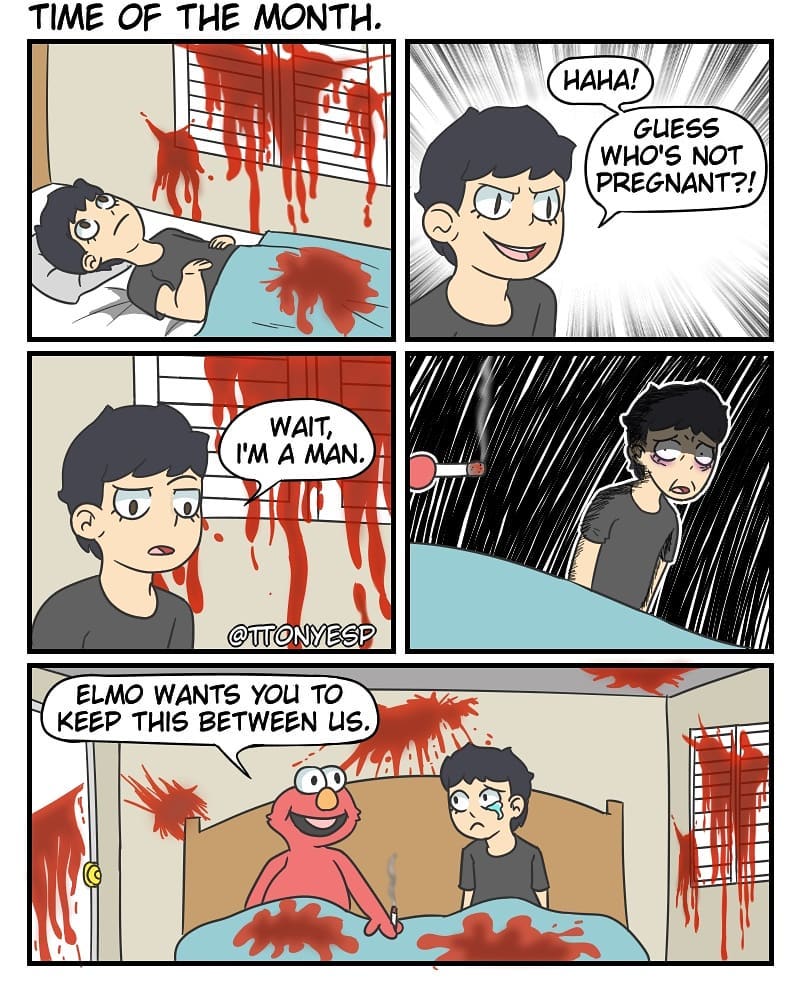 #20 Now she is left heartbroken. 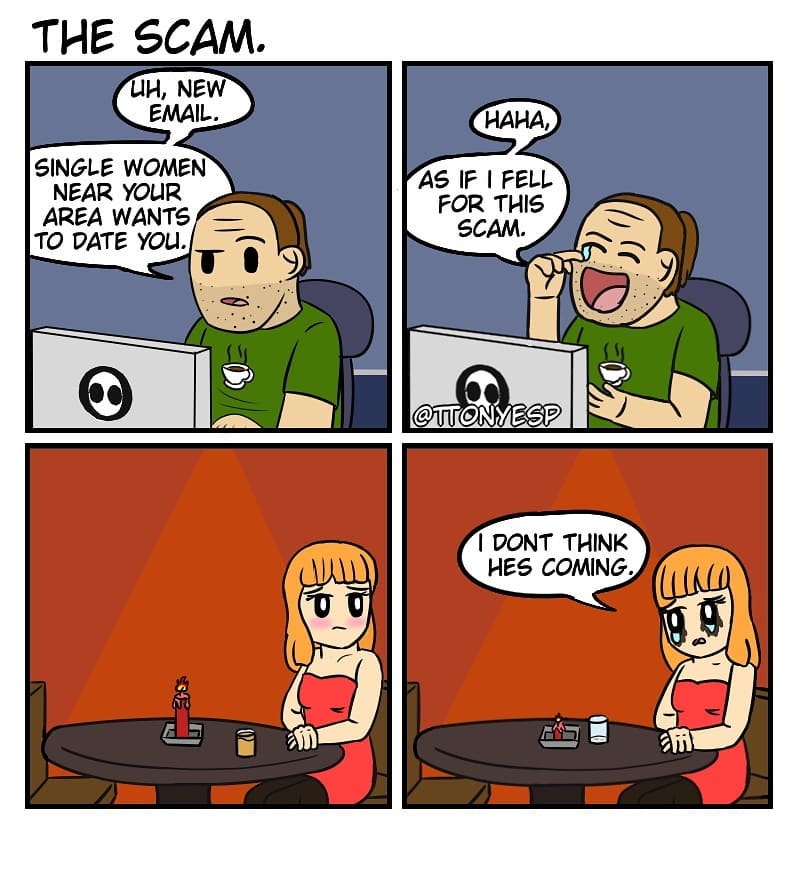 What are your thoughts on these comics? Do you like this style of comics? Comment down below and let us know.