Our mundane lives get too boring sometimes, and that is when we start thinking about how the world would be like once it hits the apocalypse. And there are many movies that have contributed enough to our imagination as well. No one is certain what it is but just imagining the world collapsing and covered with zombies fills us with the utmost curiosity. This is something that we all should dread and be scared about. Instead, it enthralls us and we try to satiate our curiosity by watching as many apocalypse-themed TV shows and movies as possible. Whether it is The Walking Dead or something funny like Zombieland, we just can not get enough of this genre.

Until now, we have only seen actual human beings in such movies. Have you ever imagined if humans were replaced with your favorite cartoon characters? What if our dear Elsa has to fight zombies and is no more the queen dressed in the beautiful icy-blue gown we knew? What if our beautiful jasmine had to let go of her beautiful jewelry and blue clothes?

Well, thanks to some insanely talented artists, our imaginations have turned into drawings and now we can see what our favorite characters might look like when trying to survive the zombie apocalypse.

1. Cheerful Misty has left the chat

Titled as “Pokecalypse”, this imaginative illustration is made by velvetluck.deviantart.com. The cheerful and giggly Misty we knew is no longer available. Instead, we have this fierce person who looks like she can fight anyone who comes in the way. And she is not alone, she has a whole army of pokemon with her. 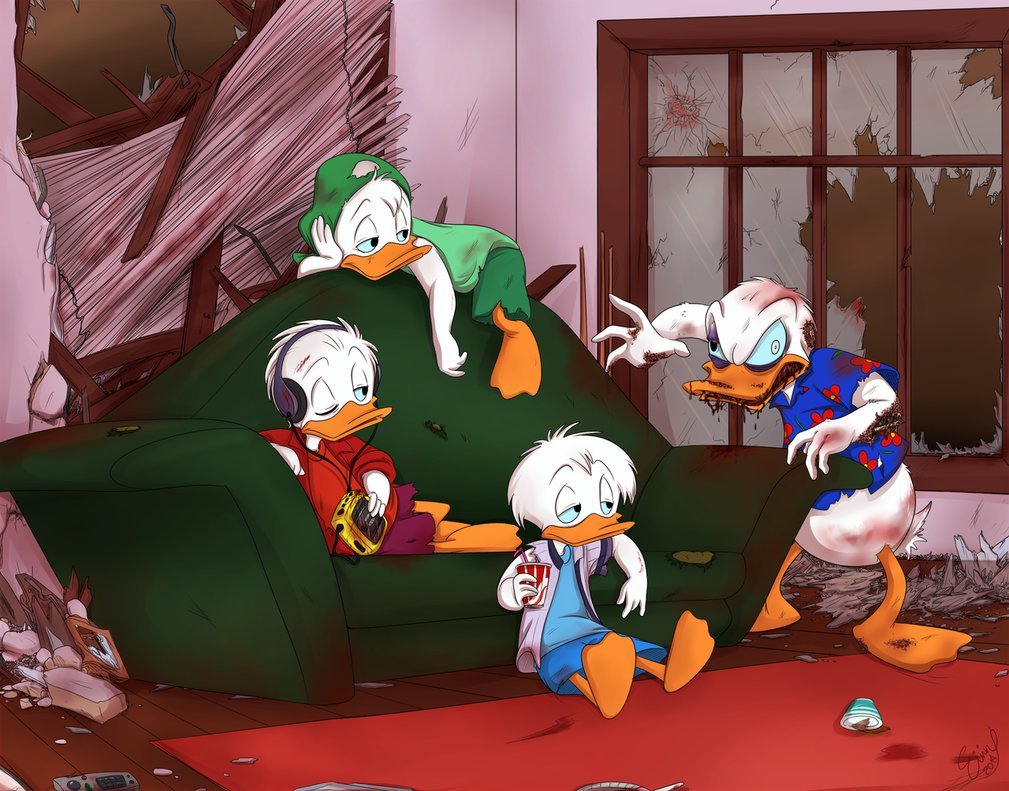 Created by Rin the Noodle, we get out first look at our childhood under zombie apocalypse. Our childhood is no longer covered in lively colors and humor. Instead, it is completely in ruins after the zombies took over! 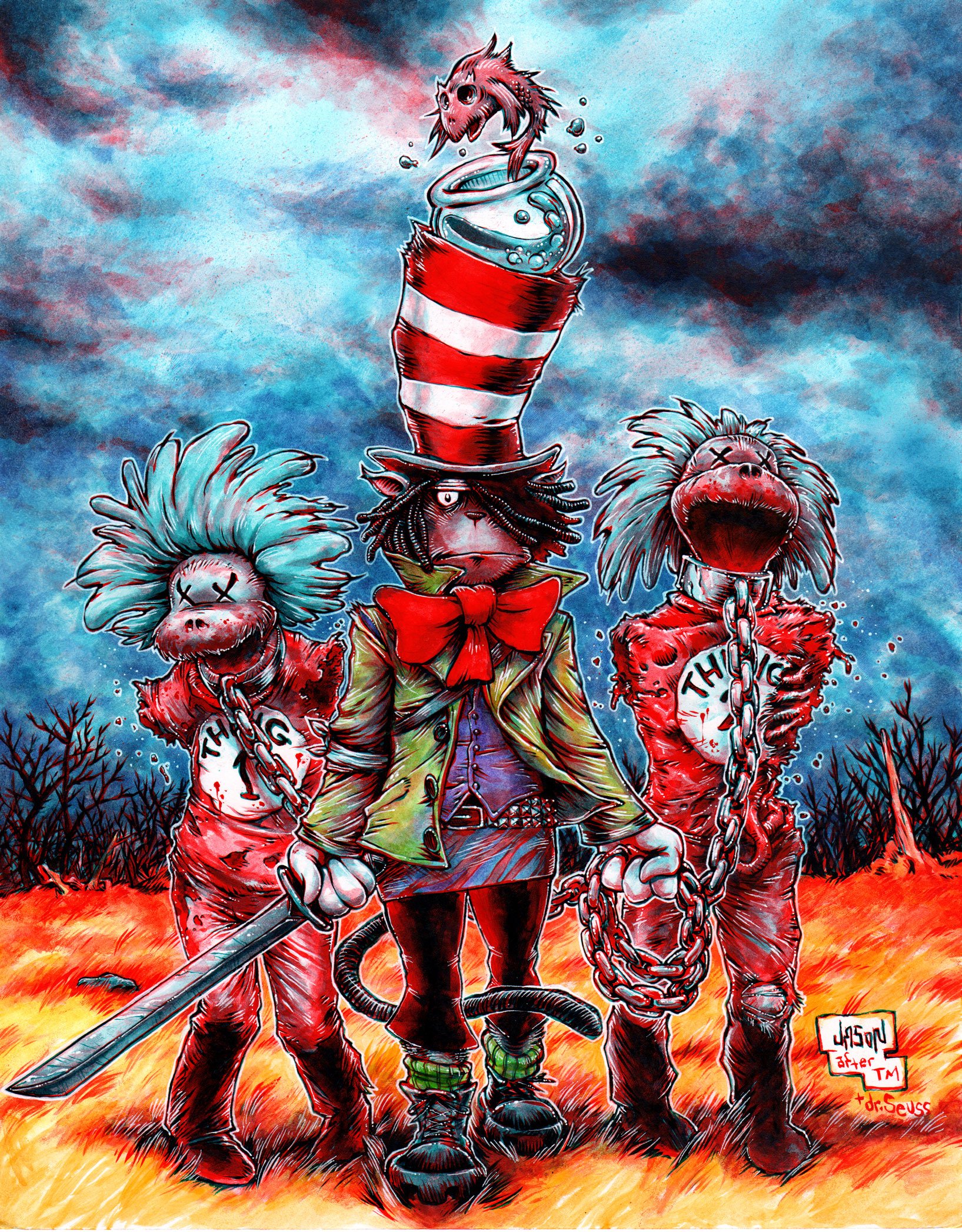 This spine-chilling illustrated was made by Jason Phillips and I must say did a pretty good job at frightening the heck out of us! I am already keeping myself from not running for my life after looking at this illustration. 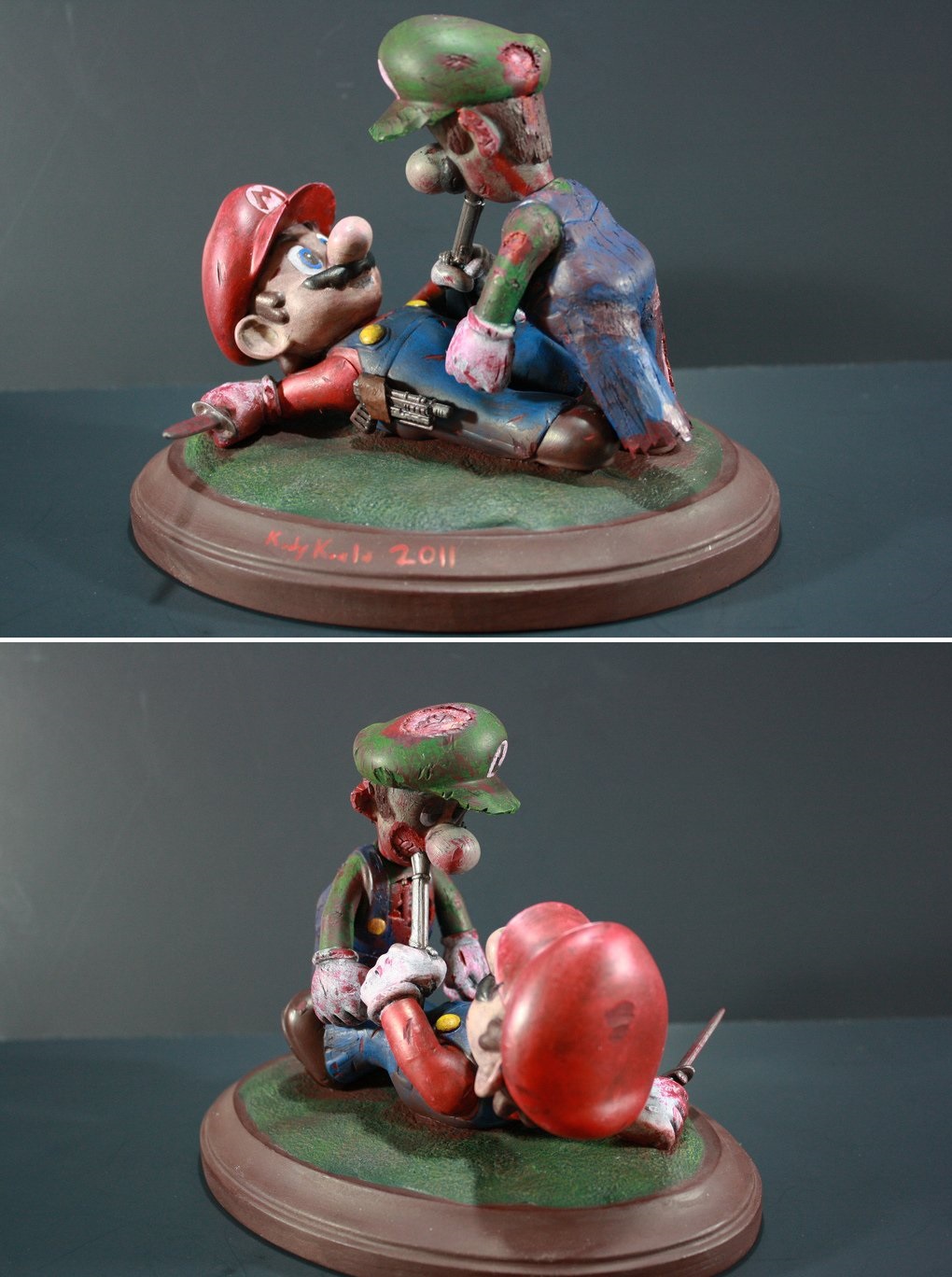 KodyKoala did a pretty good job and making Mario and Luigi look rugged like anyone would under a zombie apocalypse. 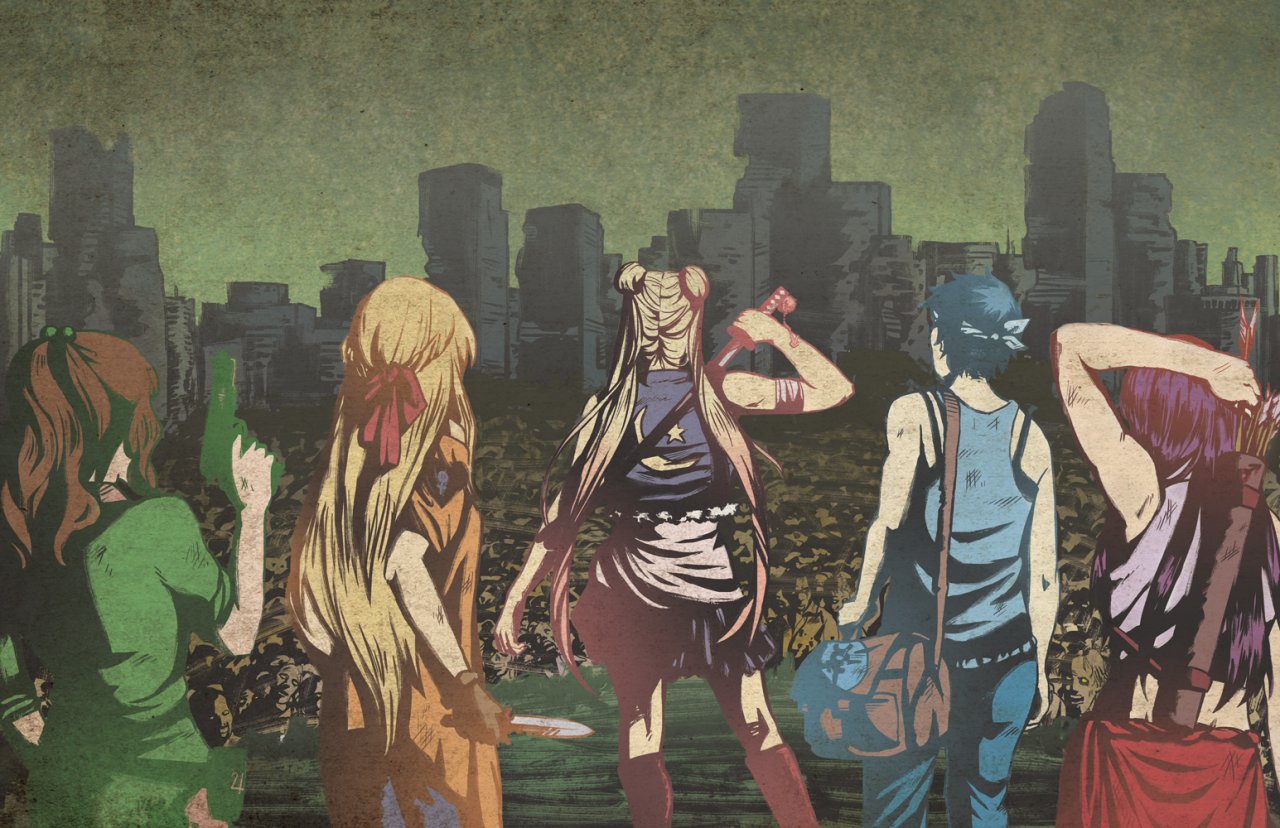 This is too hard to digest! The sailor moon is supposed to be full of sunshine and goodness. Andrea Ballestero, the artist of this illustrator, got dark too fast. But no worries, Usagi is destined to save us from danger and she will ensure we survive the apocalypse. If there is any character I am sure of who will survive the apocalypse, It is our dear Usagi Tsukino!

6. Harley Quinn with one less ear by Frekki 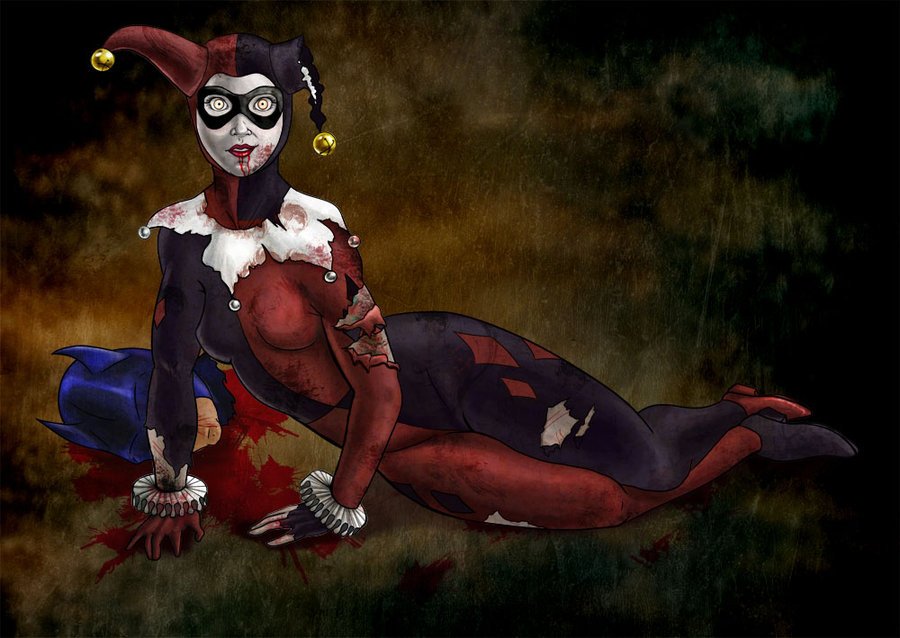 As if Harley Quinn’s look was not dark enough, now we have blood all over her costume as well!

7. Scooby-Doo and the squad in the Zombie zone! 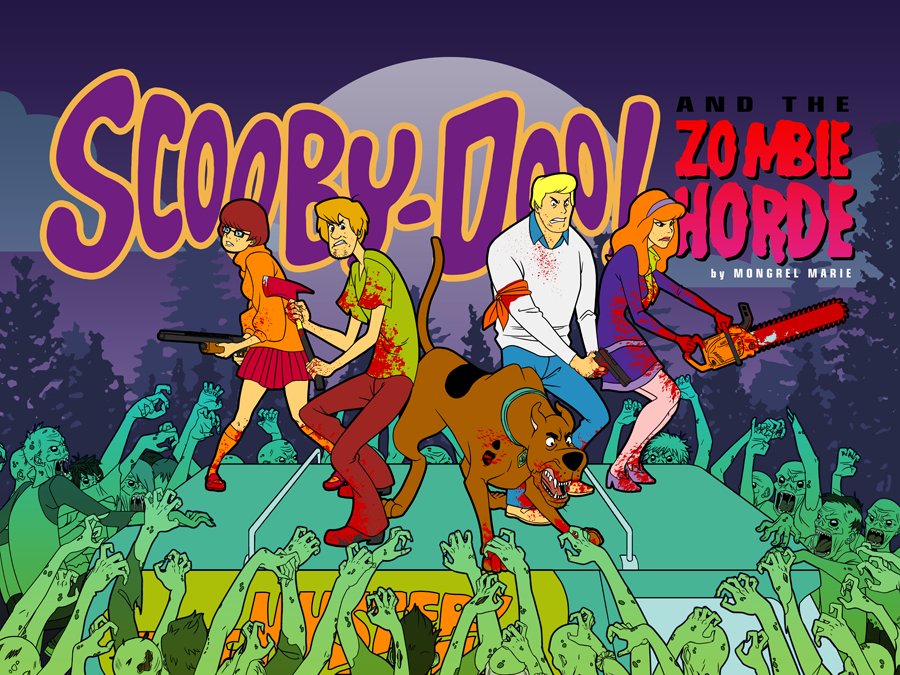 If there is anyone who could do justice to the characters of the Scooby-doo squad, It is Mongrel Marie! And damn, that zombie horde is looking scary as hell.

9. Team Fortress back from the dead! 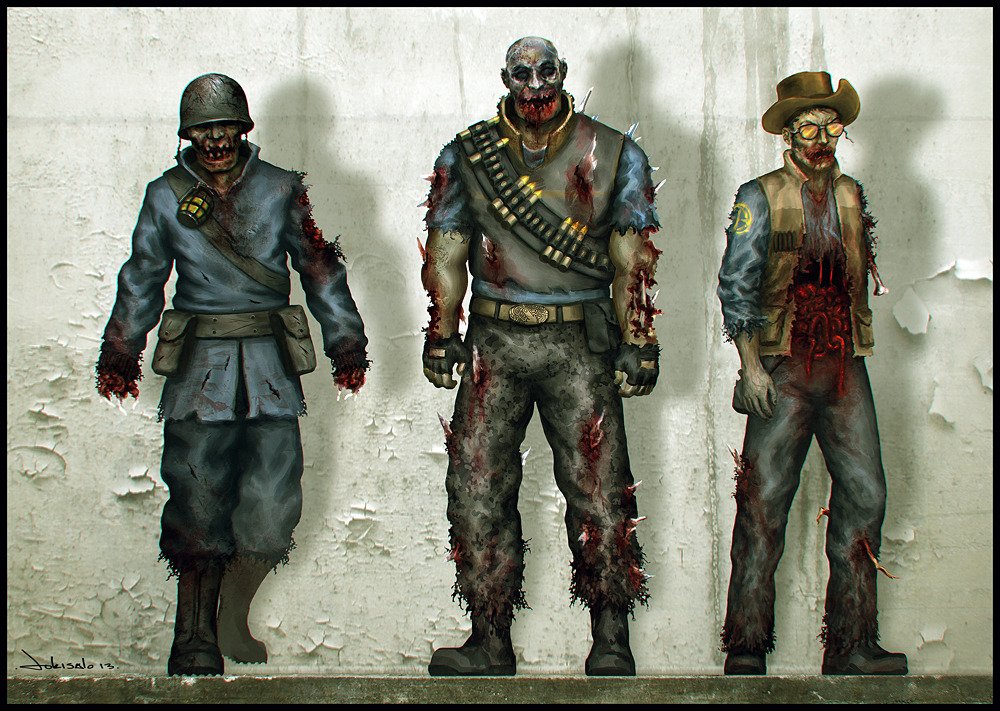 This terrifying illustration of our Team Fortress was created by Mikko Jokisalo. If you ever wondered what they would look like during the Zombie apocalypse, this illustration is here to put an end to your imagination.

10. Alladin and Jasmine in the Zombie era

And we never thought Jasmin could look more beautiful! She looks equally breathtaking in this new look too. Alladin looks like he is too exhausted from all that running away from the Zombies.

11. Tangled in the Zombie Chaos!

Damn, I would trust Rupenzel with my life! It looks like she can fight all the zombies on her own. Eugene will just be there cheering her on!

Lilo just got too big too quick! I am getting the urge to jump into the picture and save our favorite characters of all time.

Kasami Sensei perfected this illustration of Merida. We have no doubts about our warrior Merida! She can surely survive the apocalypse. She would probably be leading all of us during the apocalypse.

We have another innovative creation by Kasami Sensei. We never thought we will barbies in such a fierce look! We have always thought of those gowns attached to princesses. Other than that, they always had a smile on their faces, but the smiles are no more! We are seeing Cinderella, Snow-white, and Aurora in full force!

Kasami Sensei gives us a first look at adults Buzz, Woody, and Jessie. The way they fought all their previous enemies, there is no denying they can fight zombies too. Emperor Zurg has got nothing on them!

17. Peter Pan, Wendy, and Alice in Zombieland by Kasami Sensei

There is no more glitter and shine on our favorite characters anymore!  They are in torn clothes and holding axes to fight off the zombies.

19. Pocahontas and a chained John smith

The strength of Pocahontas is not lost on us and Kasami Sensei made sure to remind u of it.

20. Merger of Attack on Titan and The Walking Dead 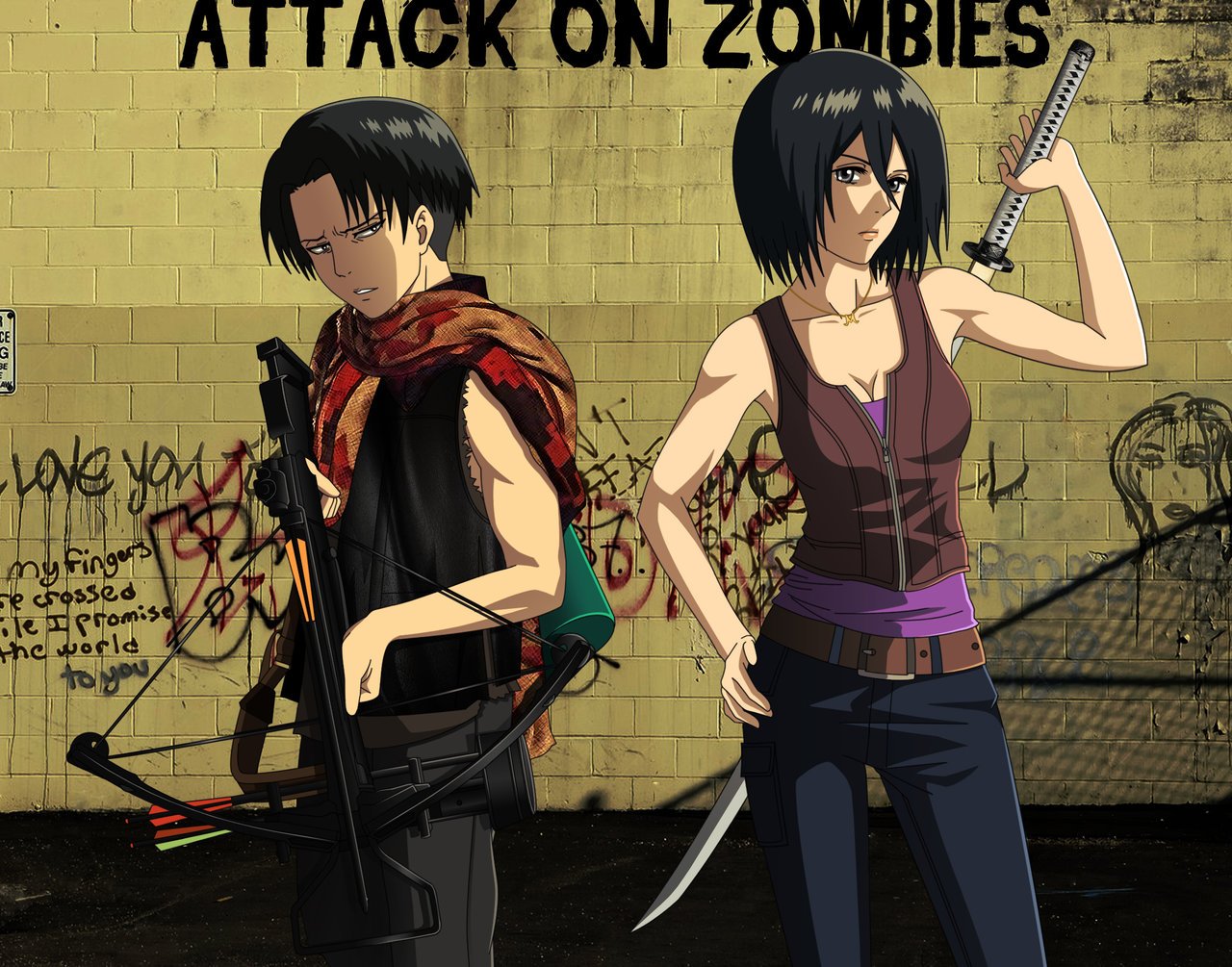 Wow, we never thought we needed this mashup until Alodia-Belle, the artist, brought this illustration to existence. 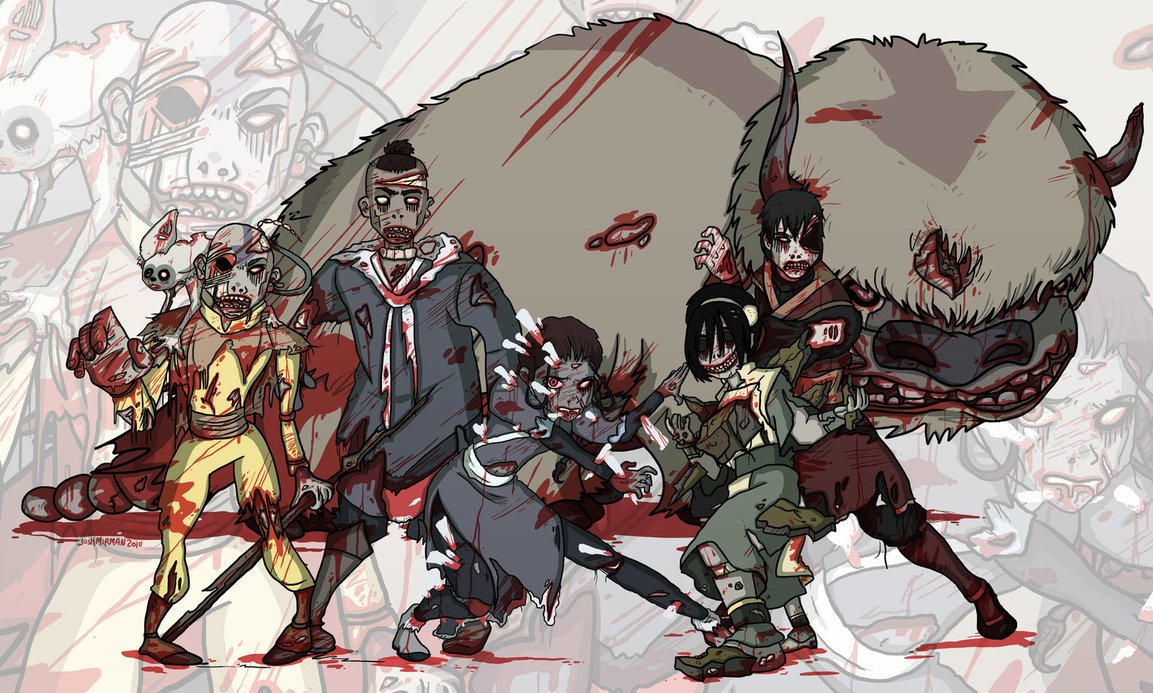 Josh Mirman took out all their creativity on this illustration. Damn, that’s a look on Appa we never even imagined.

What do you all think of the new looks on our childhood characters? I really did not realize what I was diving into. Most terrifying of all illustrations were the ones with Lilo and stitch, Avatars, and Rapunzel. But to be fair even the rest of the illustrations left me stunned. Now just have Winx club characters and Powerpuff girls left to be drawn in action during the Zombie apocalypse.

Did you spot your favorite characters? Let us know!