What happened after The Nightmare Before Christmas ended?

Did Sally and Jack continue on ‘living’? After all, they are immortal. Well, according to this artist, they did a lot more including some activities that led to them having kids. Now we are all well aware they couldn’t technically have kids since they aren’t alive. But if we watch a movie with a talking skeleton, I think we can put aside common sense. So I am not chuffed with the way this artist thinks things would have turned out.

And it is also quite sweet to see Jack and Sally getting along so well while dealing with the perils of parenthood and all the chaos that kids bring. So if you ever wanted to see what their kids would look like, you are in luck. Their kids would be carbon copies o their father rather than inheriting something from Sally as well. You can take a look for yourself by scrolling below.

#1 Having a baby is not an easy thing. 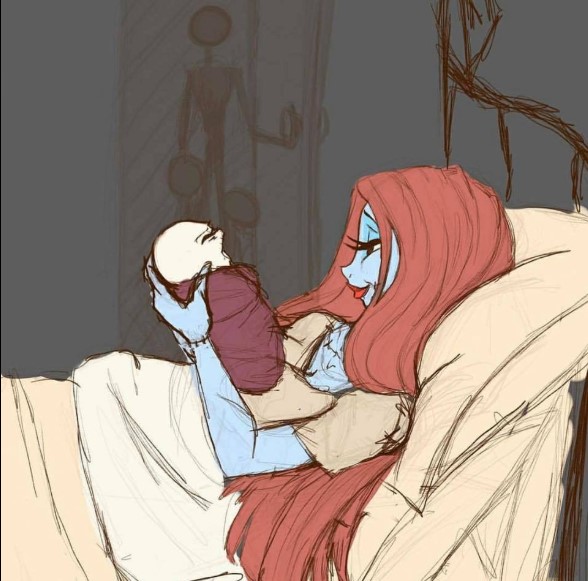 #2 By the looks of it, they have been quite busy. 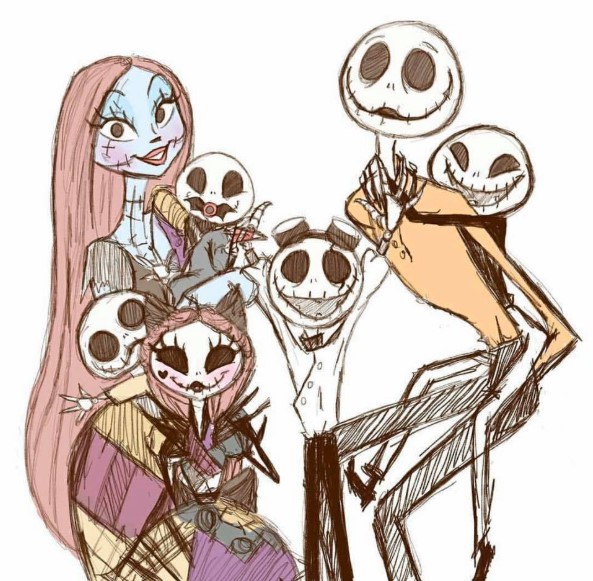 #3 It was love at first sight for them. 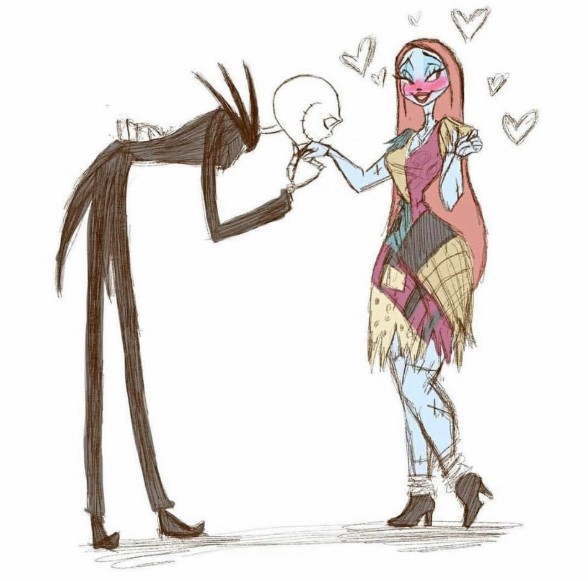 #4 Now I understand why they ended up with so many kids. 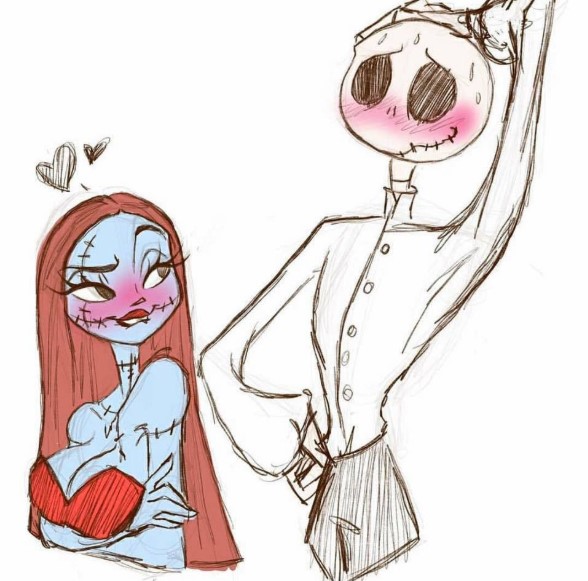 #5 Who would have thought they would make such great parents? 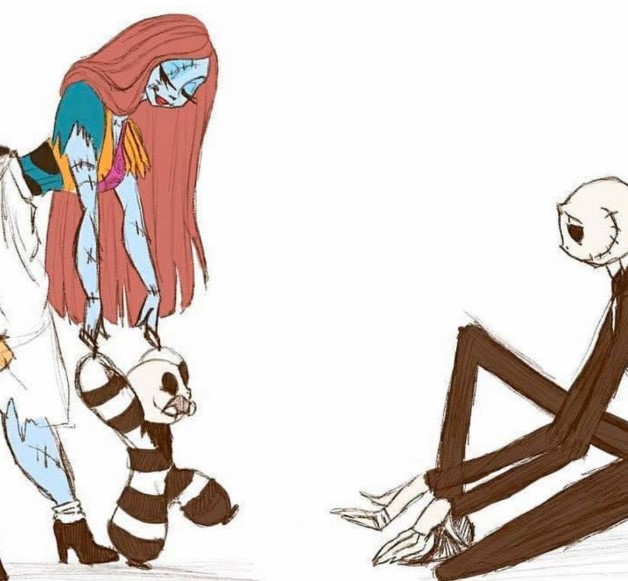 #6 A black wedding dress would have been cooler but this is beautiful as well. 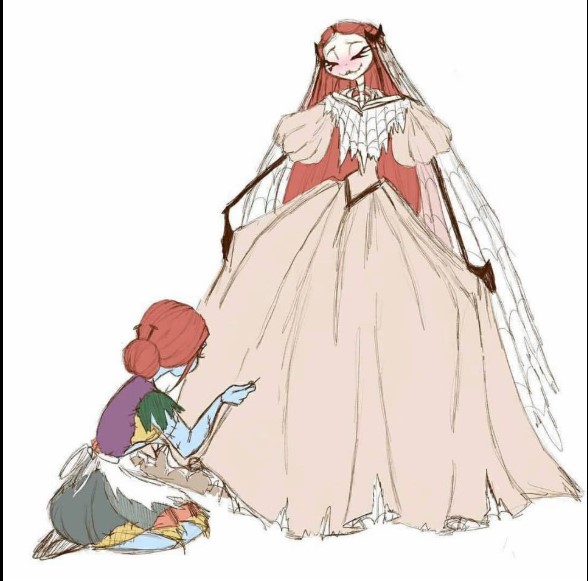 #7 Their love is radiating off in spades. 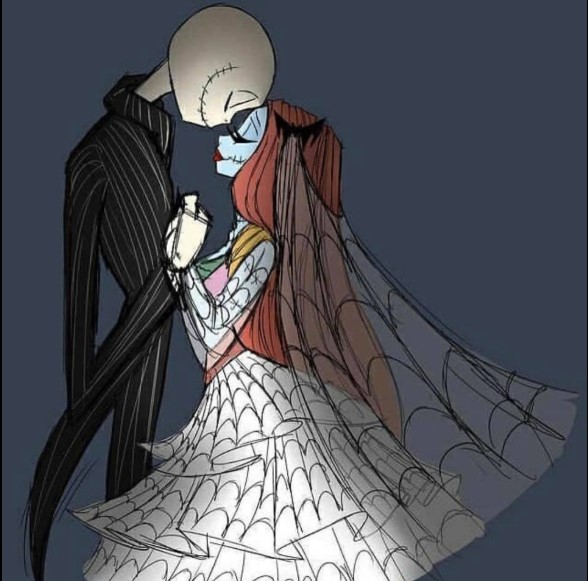 #8 Even undead get exhausted. 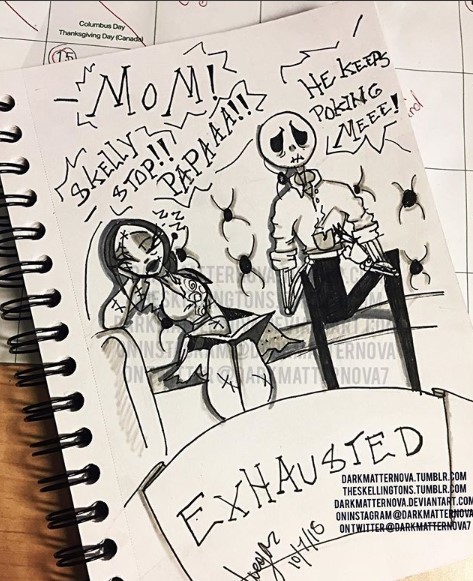 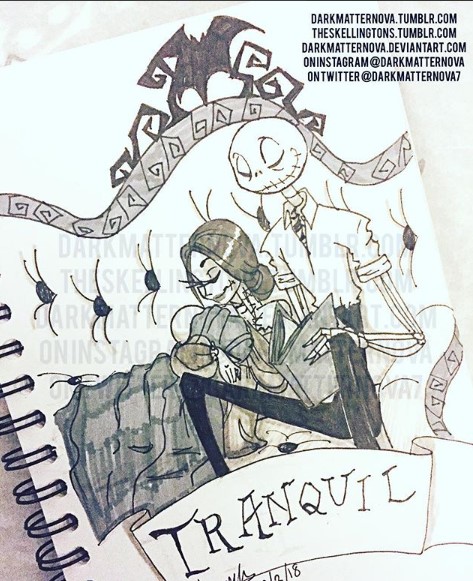 #10 Sally has never been so relatable. 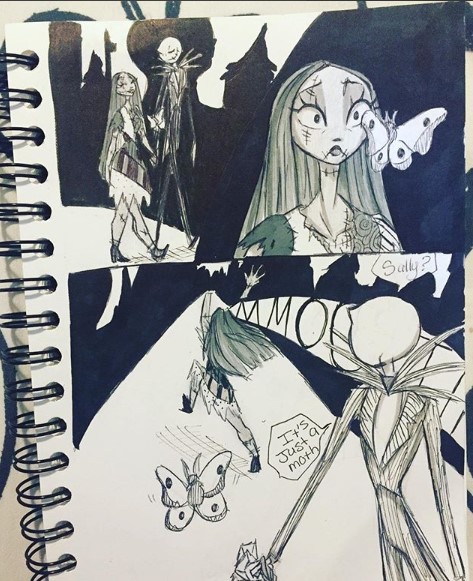 Fanart of characters has been a thing since movies and animation have existed. However, it has recently gained a lot more popularity since a lot of people want their headcanon realized rather than what the movie end on. Some just like to forgo the sad endings of many movies and instead make their art or animation showing what they would have liked to happen.

So this sort of thing is nothing new but these illustrations do come with a unique twist and that is showing Jack and Sally as happy parents.

#11 This is indeed the kitty she met in the movie. 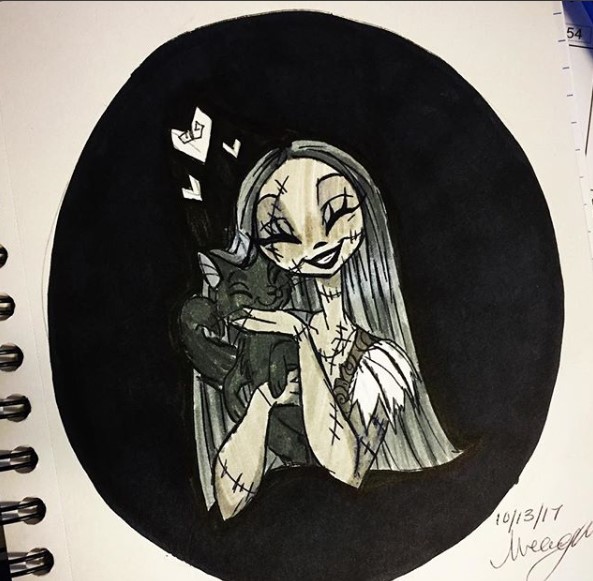 #12 So jack had a pumpkin woman for a mother? 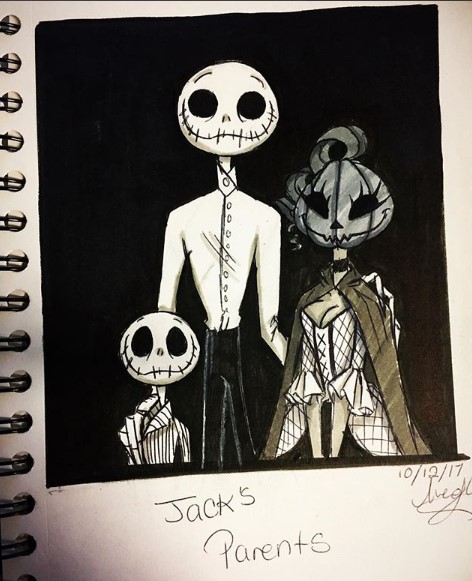 #13 This is a crossover I would like to see.

#14 That is one way to create a wedding dress. 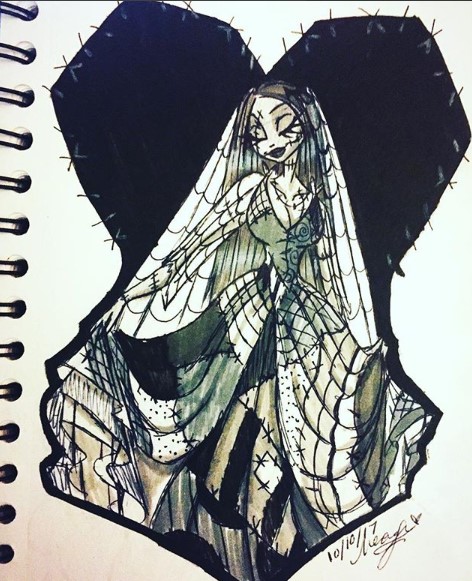 #15 Sally and her daughters fashion is on point. 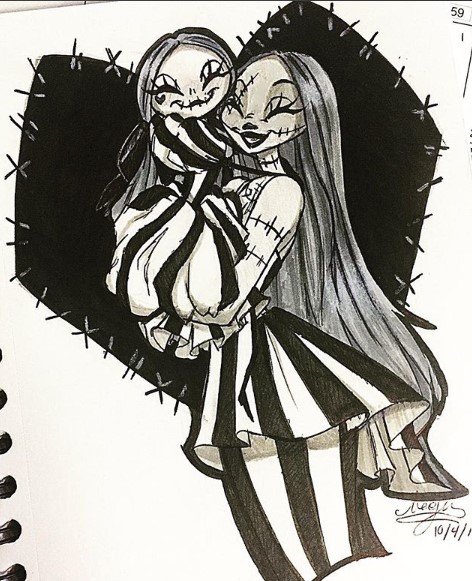 #16 They were always meant to be together. 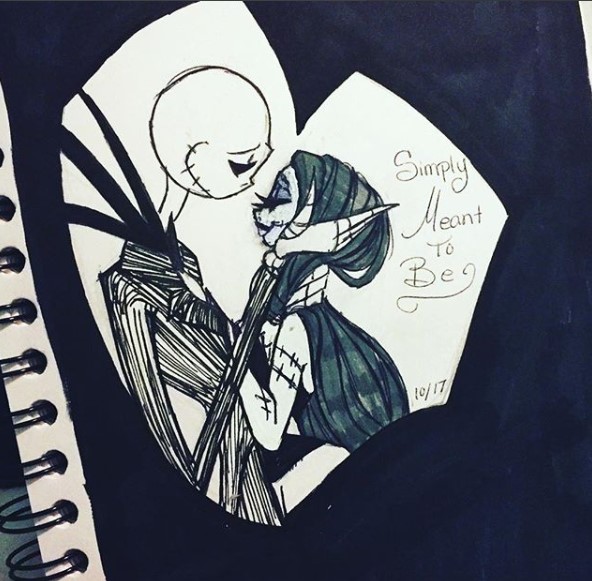 #17 I never thought Sally was this ‘gifted’. 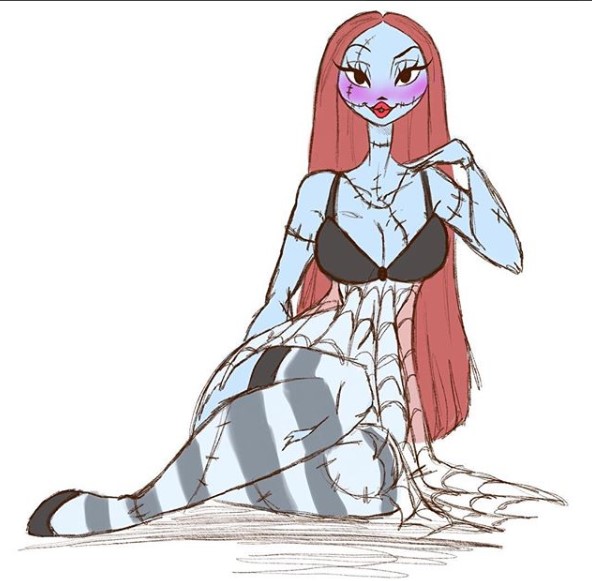 #18 Who wouldn’t be scared walking around in a graveyard alone? 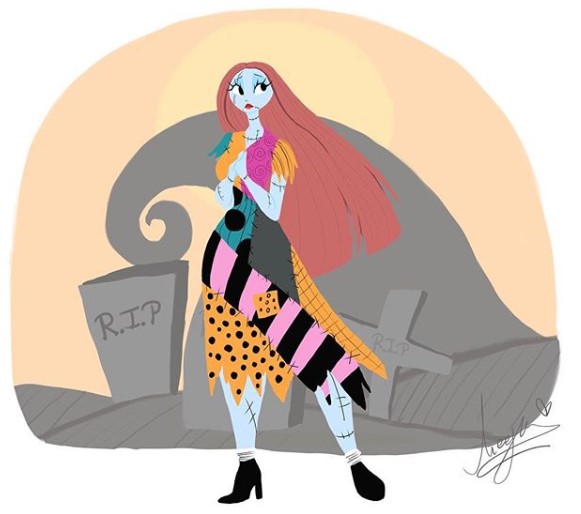 #19 The ghost puppy is happy to see his master. 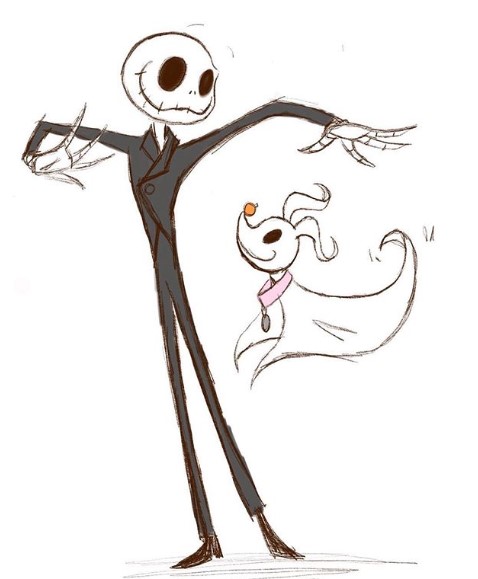 #20 Jack is not too sure about where things are going. 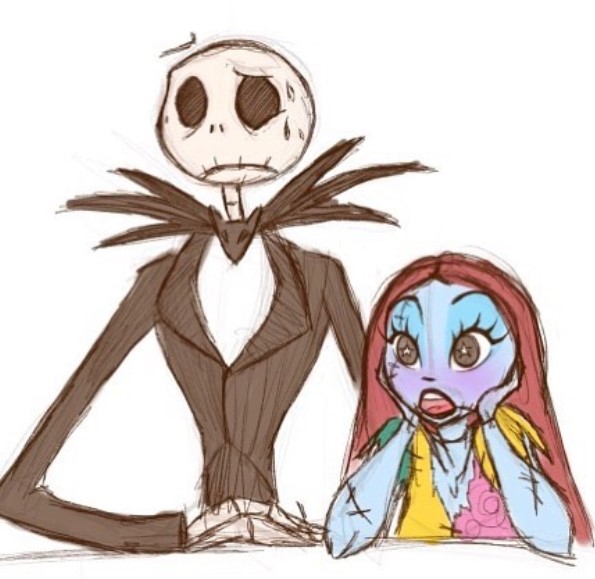 Did you like these illustrations? Let us know your opinion in the comments below.