Always ask for the dog owner’s permission before petting a stranger dog.

How many of you pet stranger dogs? Have you ever found a dog so cute and fluffy that you just run to it and start giving it head pats? Wait, did you ask the owner’s permission before touching the dog? If not, better ask for it before you touch the dog because your actions may offend the dog owner. Also, it is not safe to just run into a stranger’s dog because it may react angrily and does not respond well to you. A Reddit user owns a scary-looking dog. She always used to shop in a small market that was in her town. She never used to take her dog inside, her boyfriend used to wait with the dog outside the local supermarket while she used to shop until the market owner told her that she can take the dog in, and apparently, he had no issues with it.

One day, OP was busy shopping with her dog and a kid appeared out of nowhere and started petting her dog. OP told the kid not to touch her dog. The kid got angry and started staring at the dog. The kid told his mother that this lady is not letting him touch the dog. This is where the dramatic scene starts. Scroll down to read the complete story.

1. OP brought her dog to a supermarket.

3. There is a small supermarket in OP’s area where she always shops from.

4. The male owner likes OP’s dog because he and OP are neighbors.

5. The male owner told OP to take the dog inside the shop.

6. OP was in the shop and an 8-9 year old kid came and started petting her dog. OP told him not to do it and the kid started staring at the dog. 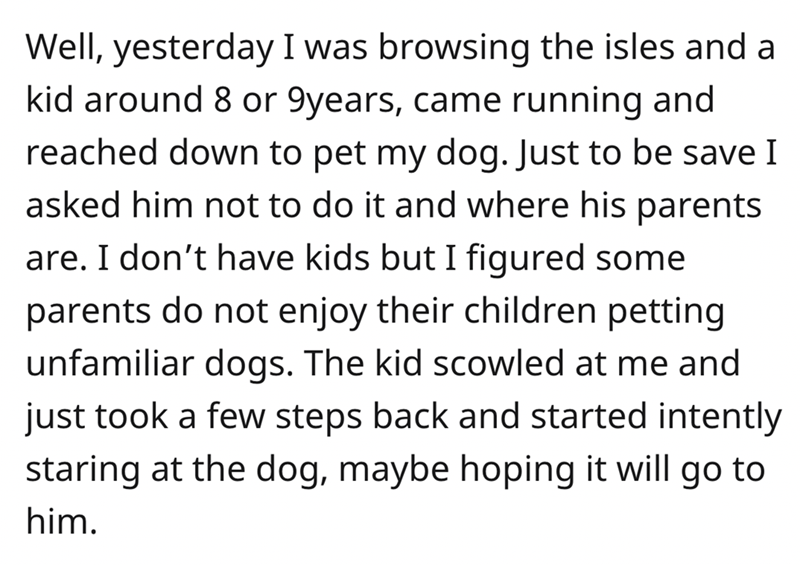 7. The kid’s mom showed up and he started telling his mom “the lady won’t let me pet it”

This kid’s mother is so entitled that she told her son to go ahead and pet the dog even though she knew that the dog owner is not allowing this action. Parents should teach their kids about consent. Not every dog owner likes strangers to pet their dog so it’s better to politely ask first before just start petting it as if the dog is public property.

8. OP was annoyed because they didn’t ask her permission to pet the dog. 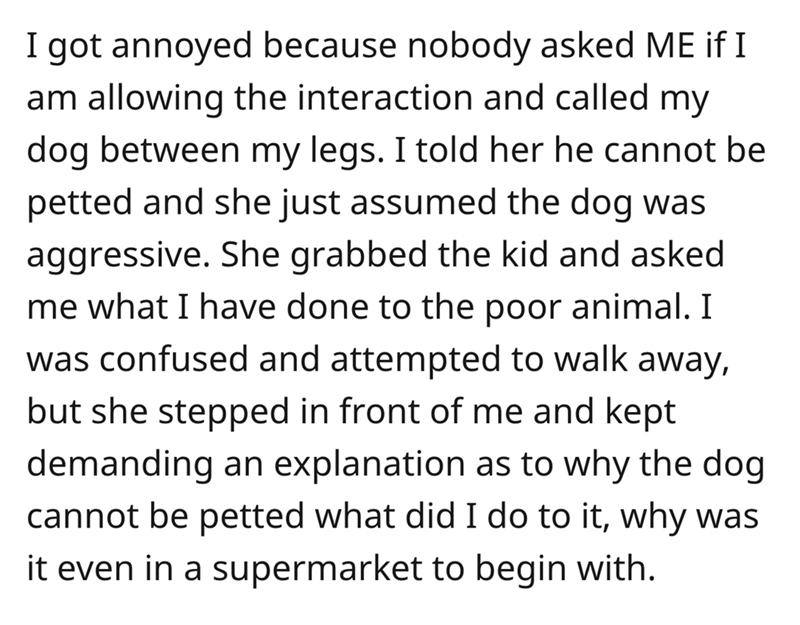 9. The woman reported OP to the girl at the cash register and she was made to leave the shop reluctantly. 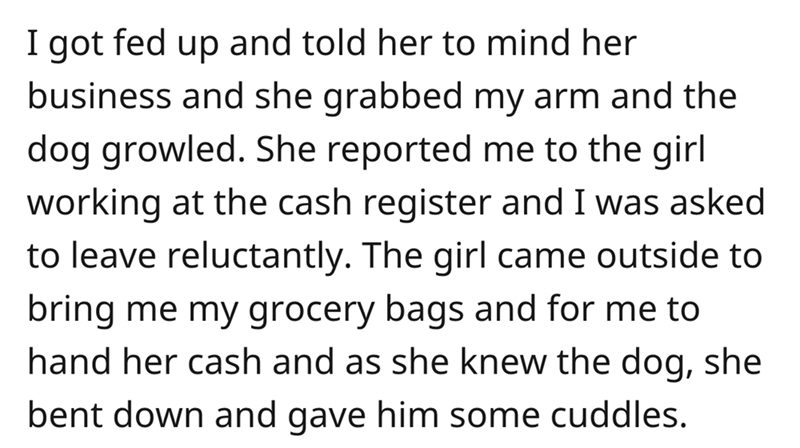 10. The mom told OP that she would report the shop to the health inspection. 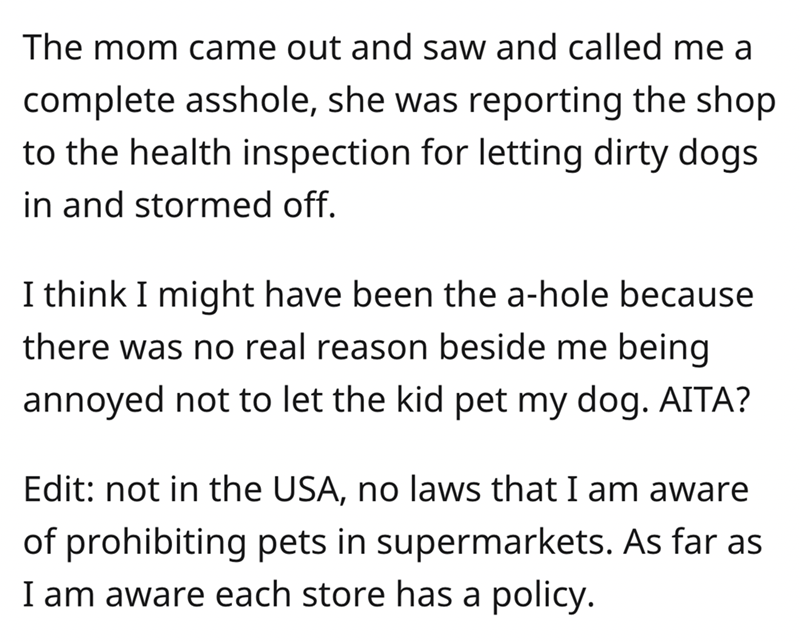 11. Parents should control their children when they are out. 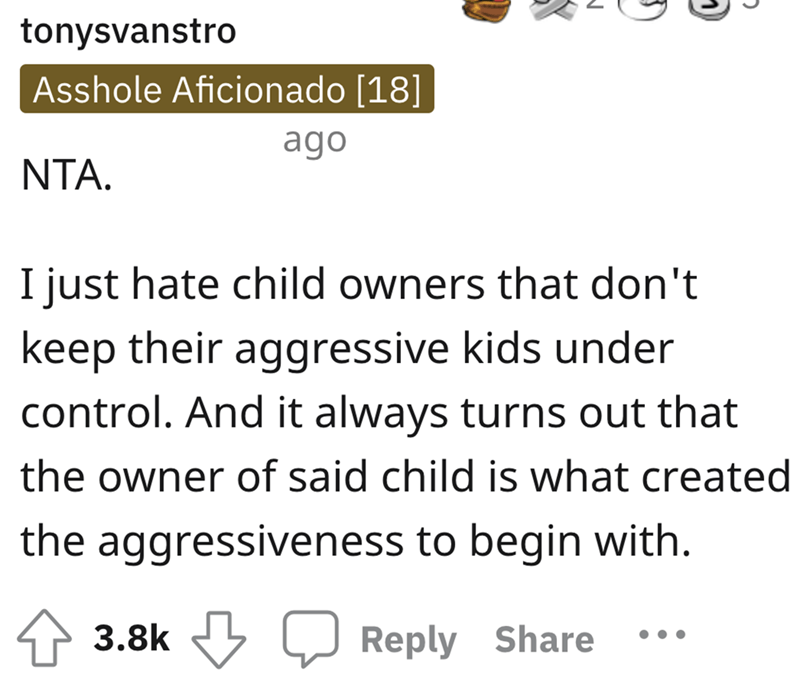 12. ESH. OP should not take his dog in food areas and the mother of the child should teach him to ask for consent before touching any dog. 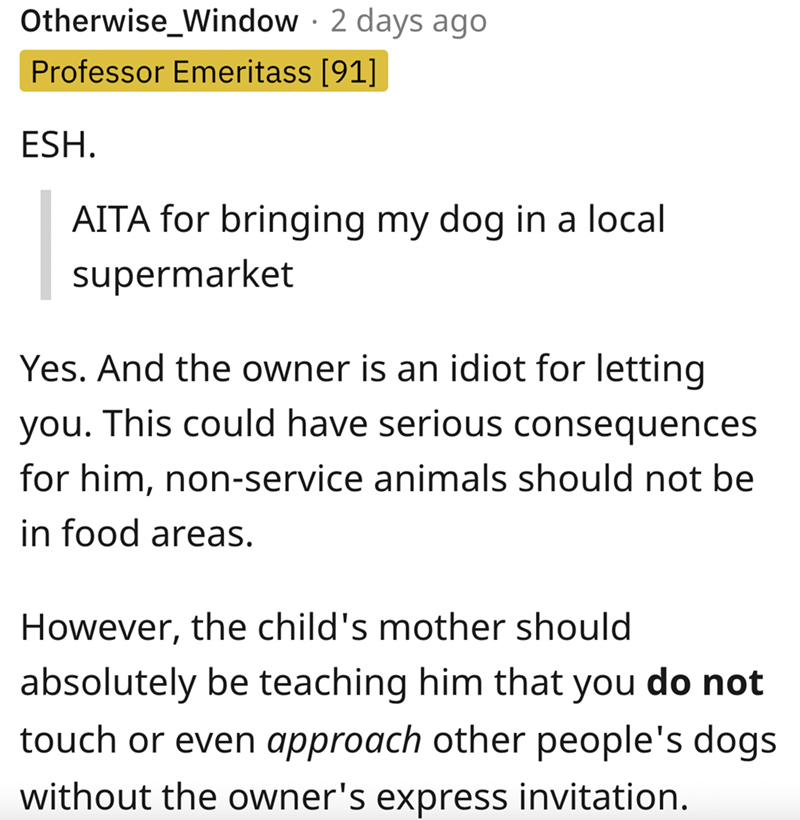 13. OP is right not to let randoms pet her dog.

What do you guys think who is the AH? Is OP right not to let the kid pet her dog? Comment down to share your thoughts. 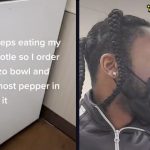 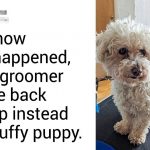 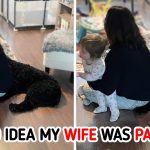