No matter how many men treat us as possessions, we are human beings and deserve equality. And before I get a tirade of people saying there is no need for that since we already have what we need, I give you the following instances. Who knew rejecting someone can put in harm’s way just because you don’t want to go out with that person?

Do women not have agency in who we want to be or not to be with? And no, I am not exaggerating or overdramatizing. This is a real issue that hasn’t gone away even in this day and age. No matter how far we progress as humanity, women still get the short end of the stick most of the time.

And I am also sadly sure that most if not all women have gone through something similar.

Unsurprisingly, many women had their own experiences to share.

This thread was started because a man in my mentions insisted I not speak for all women by discussing how afraid we are to reject men. This thread was my point.

Santa Fe was only the most recent story in a long line of stories where the media blames a woman’s rejection of a man’s murder spree. But that’s a simplification of the issue. It’s not just rejection. It’s a toxic aspect of culture in which women are seen as prizes, possessions, objects. Their desires and feelings are not considered. -Elizabeth

#1 I can’t even imagine how scared she must have been at that moment. 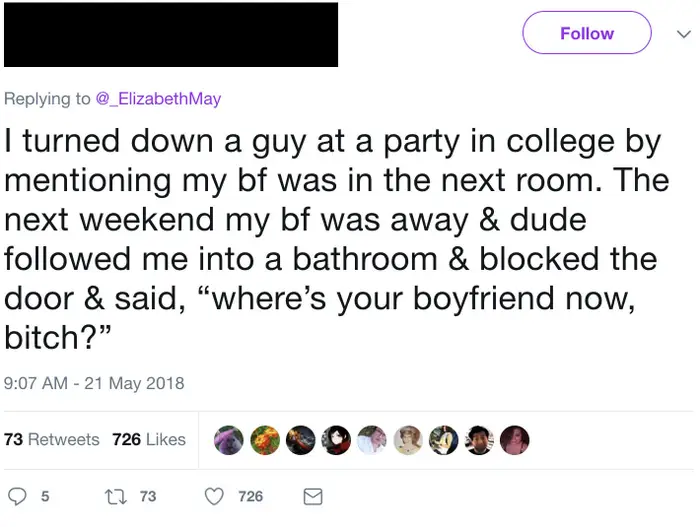 #2 Something was seriously wrong with that guy’s head. 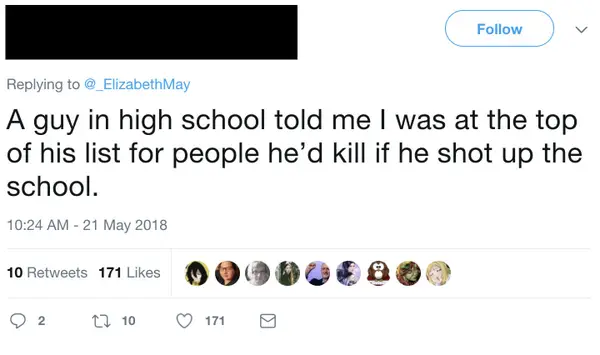 #3 I wasn’t aware not wanting to dance warranted such a visceral response. 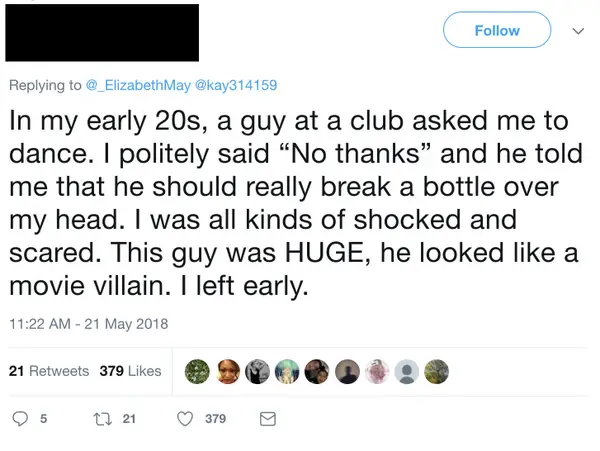 #4 It is sad to see that so many guys like to do this because of the power it gives them. 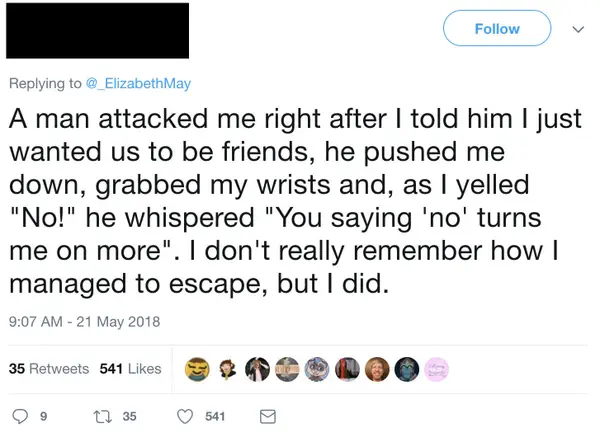 #5 So she had to stay in contact with him for so long after that? 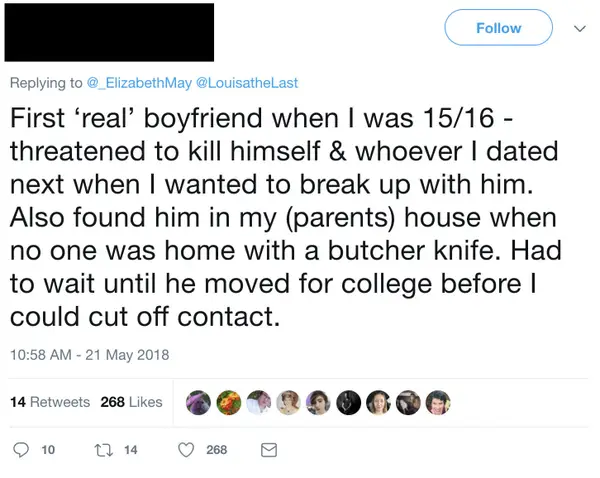 #6 I have experienced similar things although not to this degree. 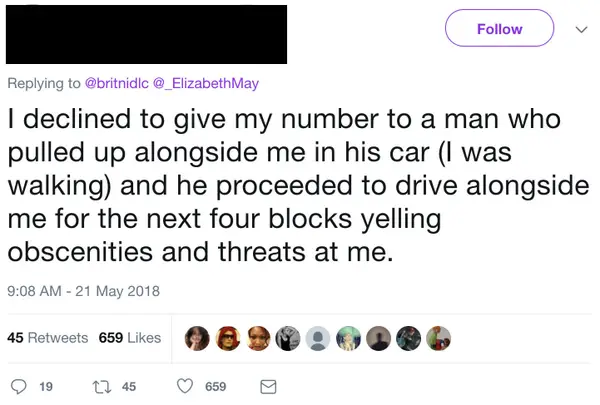 #7 Wouldn’t it have been better to report him rather than moving everything? 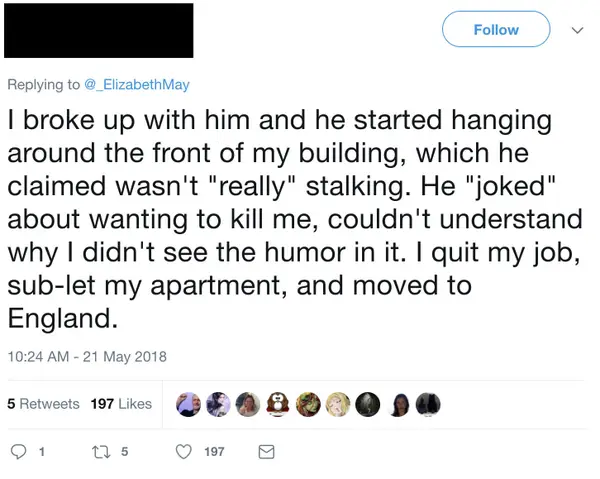 #8 At least he apologized but that doesn’t make it any better. 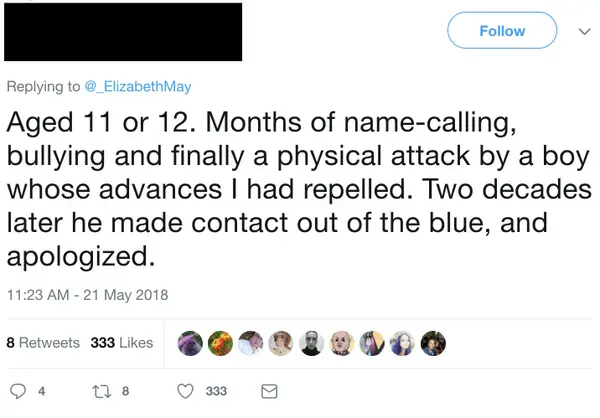 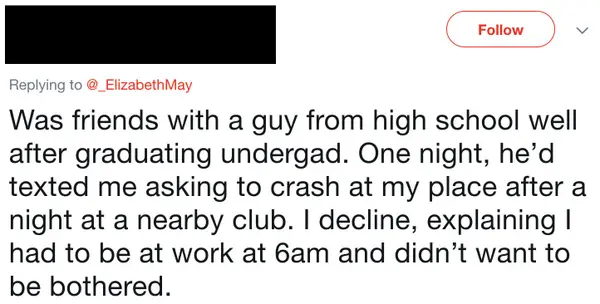 But it quickly changed when she realized what he had done. 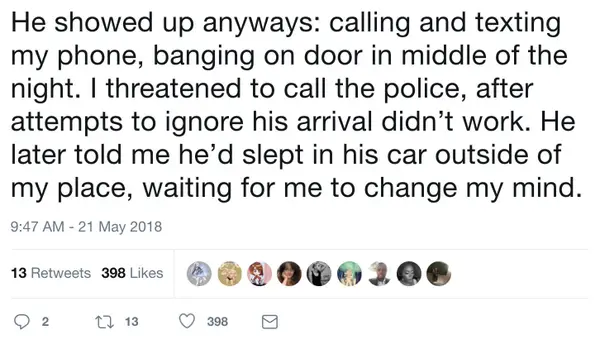 My boyfriend and I were walking home after a night of drinking in our college town, and I felt a tap on my shoulder. This girl says to us “Hey, I’m being followed by this guy I don’t know. He won’t leave me alone. Can you help?” Without hesitation, my boyfriend threw his arm around her and said “HEY! How is that project in (random class) coming?”

I did the same, and we had to literally form this human shield between this poor girl and this creep ass that was twice her age. After he continued to follow, I turned around and said “can we help you?” Obviously flustered, he yelled “dumb b*tch!” And ran away. What in the actual fuck is wrong with people? –NoTeaNoShade 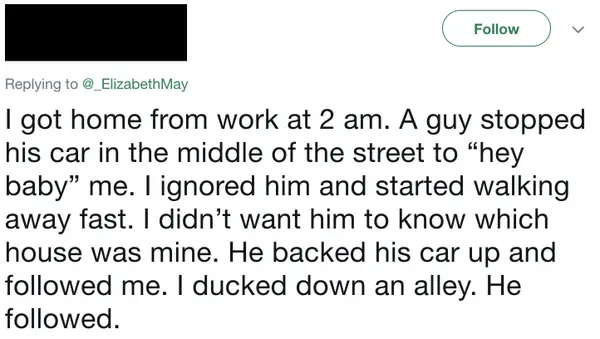 This is not how you talk to a person!

#11 I think she clearly won since she didn’t go out with a psychopath like him. 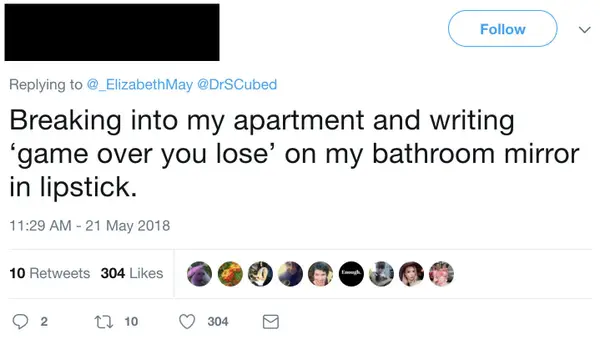 #12 What are women supposed to do when someone catcalls them? Flirt back? 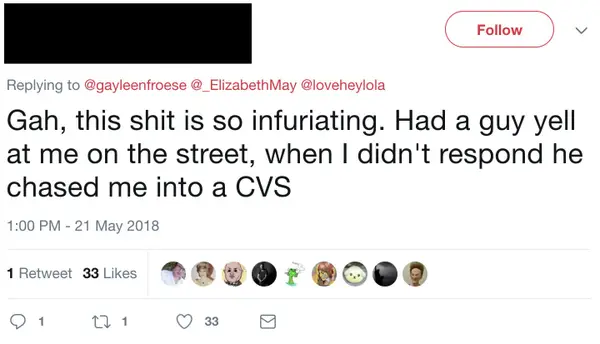 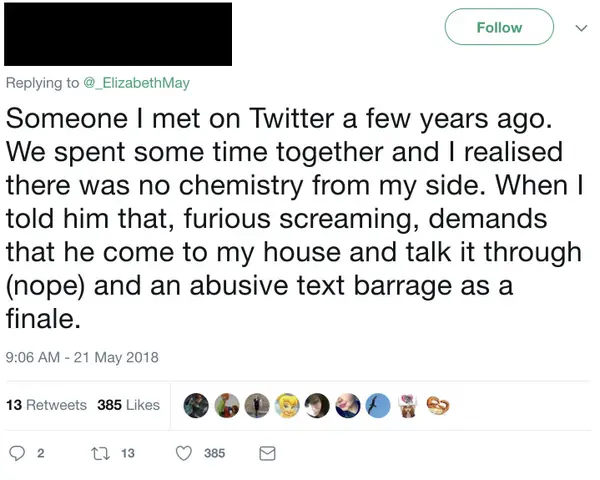 #14 This is just the essence. I wouldn’t want to know the rest of this horrific story. 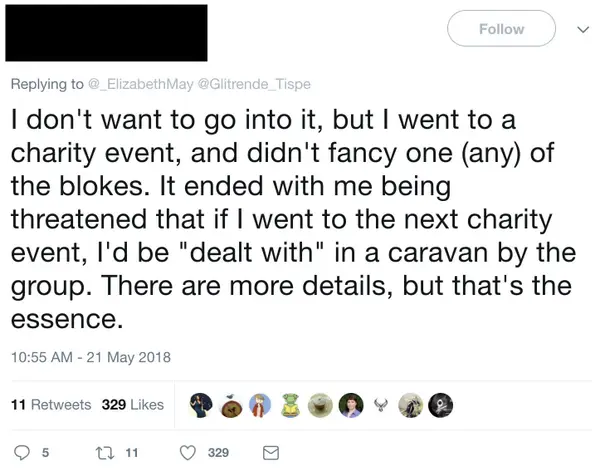 #15 This sort of thing seems to happen a lot in pubs and bars. 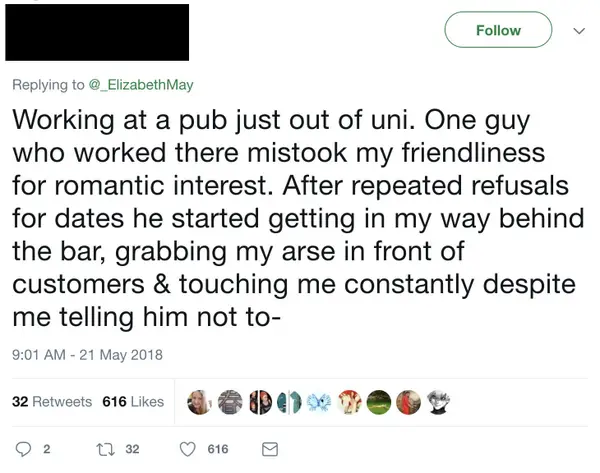 #16 I think most girls can relate to this and I know that is just plain sad. 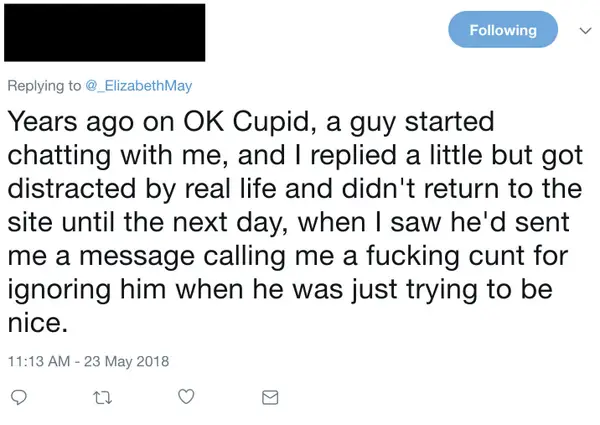 #17 Thank goodness you were able to get away from the creep. 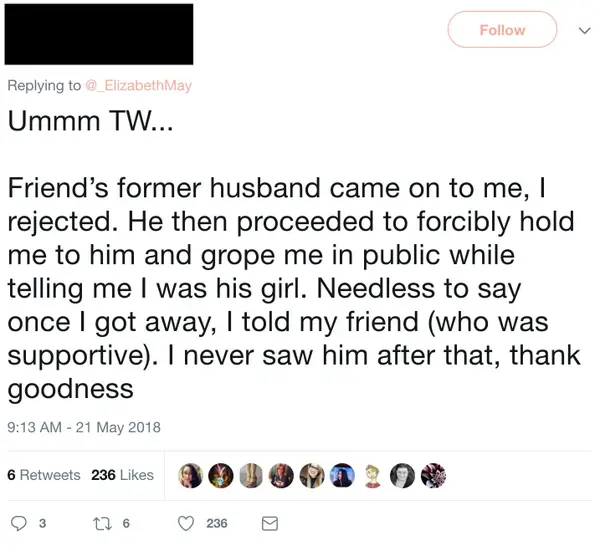 Why not share your similar story in the comments below? I know it is a hard thing to do since nobody wants to share personal details. Especially when society is content calling the perpetrator the victim. After all, ‘she asked for it’ right? But we need to spread awareness and stop these things from happening in the future.