Services dogs are an asset but that depends on the situation as well.

There is no doubt in the fact that service dogs are a blessing to this world. The efforts these dogs put in to complete the tasks they are required to perform and they do that with so much efficiency, literally, even if you wanted to pick out a mistake you wouldn’t be able to find it, that’s how effortlessly they perform their services. They literally put their lives on the line to do what they are asked to do. From saving lives to helping someone cope with trauma, they do it all. The power of a highly trained dog is not to be underestimated, ever.

Today’s story is about a girl who has an unfortunate medical condition. She was diagnosed with epilepsy and was prescribed strong medication for life in order to avoid frequent attacks. Her doctor advised her to get a service dog. Sounds like a great plan for the girl. But not for everyone. The problem in this situation was that the teen’s sister was actually allergic to dogs. She could not bear being around them. Poor sister was actually forced to live with the service dog for years. She left home and went to college and avoided going back home at all costs because she didn’t want to trigger her allergies. And then came her Mom’s wedding, and just because a dog was going to be there, she actually refused to go to the wedding.

OP posed the question to the Reddit community and asked whether she was an asshole for doing what she did.

1. An interesting topic, OP does seem to be in the wrong just from the title but let’s not judge a book by its cover.

2. Awe I feel so bad for the little girl. Having epilepsy attacks from the age of 13…seems unfair. 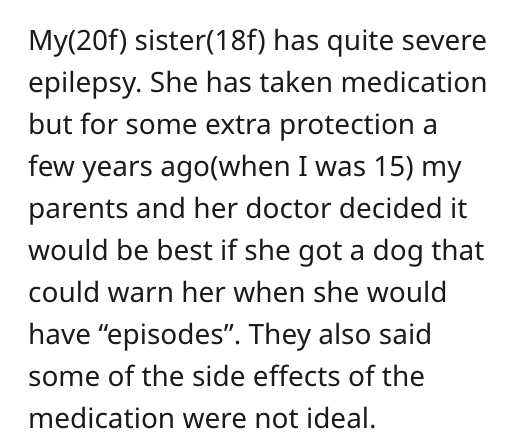 Sounds fair, getting a service dog would have helped calm her down and avoid frequent attacks.

3. Uh ho! So OP is allergic to dogs and apparently not to poodles as she suggested her parents to get that breed for her little sister in order to avoid any issues. 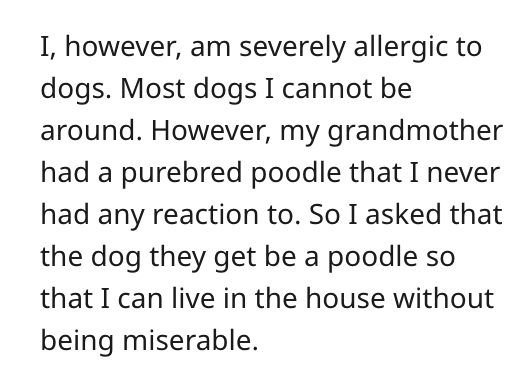 4. They found a dog who wasn’t a poodle and the dad wanted to wait till the allergic daughter went to college to bring the dog in but the mother insisted and the doggo was brought home. 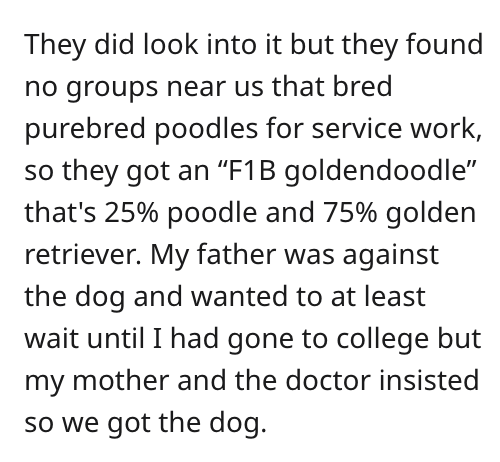 Well you can’t blame the mother, she would be worried about her daughter but dad did have a fair argument if you ask me.

5. The allergic reactions started to take place and there were no medicine that could properly deal with that. That sucks! 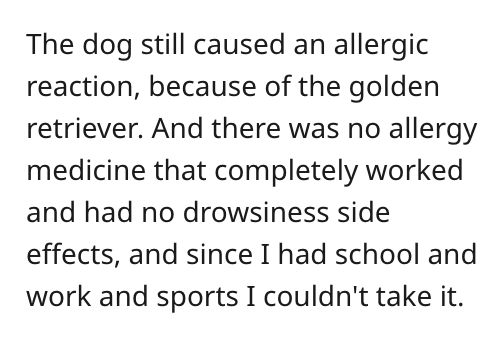 When you’re that young, nobody deserves that. I really don’t know why allergic reactions exist.

6. The problem was there, one girl felt better while the other suffered.

7. As soon as she entered college, she started avoiding contact with family…just because of that dog. 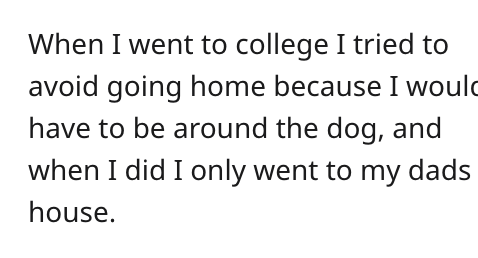 8. Oh wow, another twist. The mother wants to restart her life, give marriage another go. 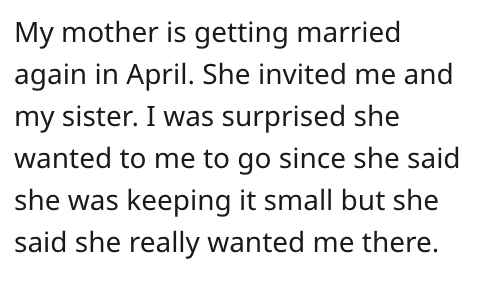 9. Woah…that seems a bit wrong. Just because you are allergic and there are medicines that make it slightly better, you can’t miss your own mom’s wedding, especially when she herself invited you.

10. Any mother would be upset. 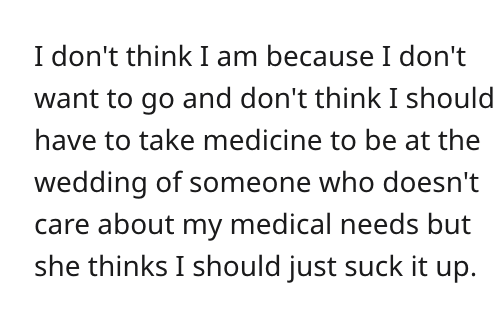 12. The relatives also agreed with the mother that she was being childish with this.

To be very honest, this is a highly subjective matter. You could side with OP by saying the parents didn’t really give her medical condition proper attention the way they gave to their other daughter’s epilepsy condition. Or you could side with the family by saying OP could have taken medicine to minimize the effects of the reaction and could have attend her mother’s wedding. She made a deal out of nothing. So yeah, we are kinda stuck on this one here.

Here’s what the internet had to say on this:

1. Exactly what I said, OP could’ve taken meds and handled the situation. 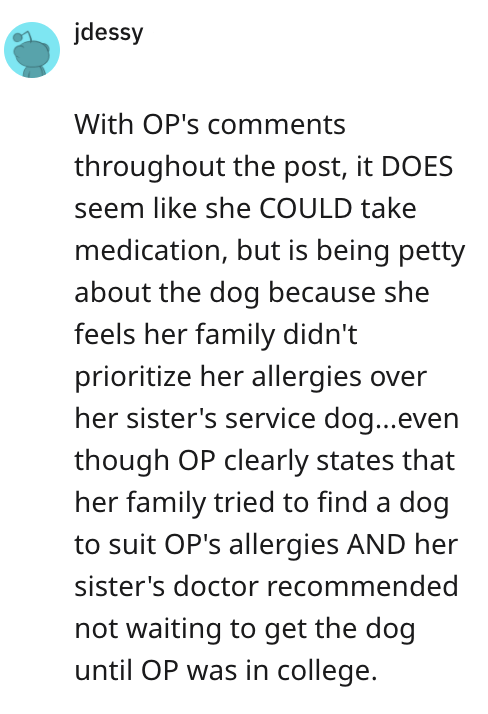 2. Some said she wasn’t an asshole but also stated circumstances in which she was being selfish. 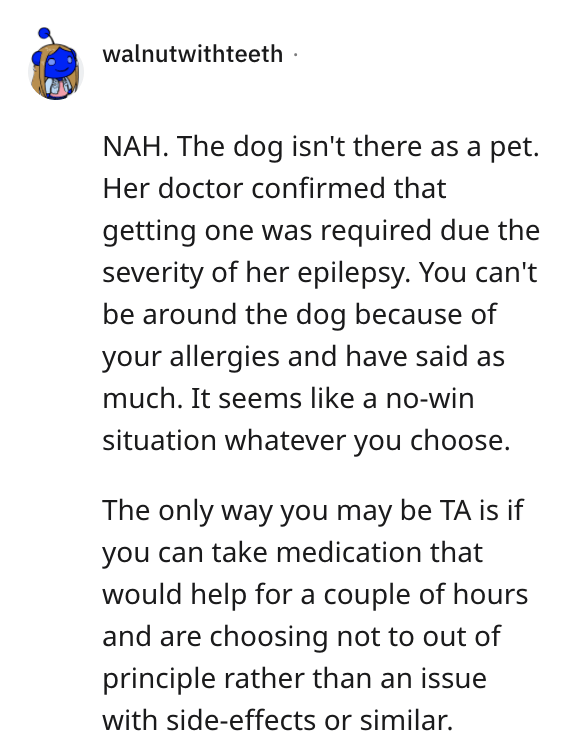 3. Beginning to avoid contact with family just because you have a problem with the dog is a classic asshole behavior. 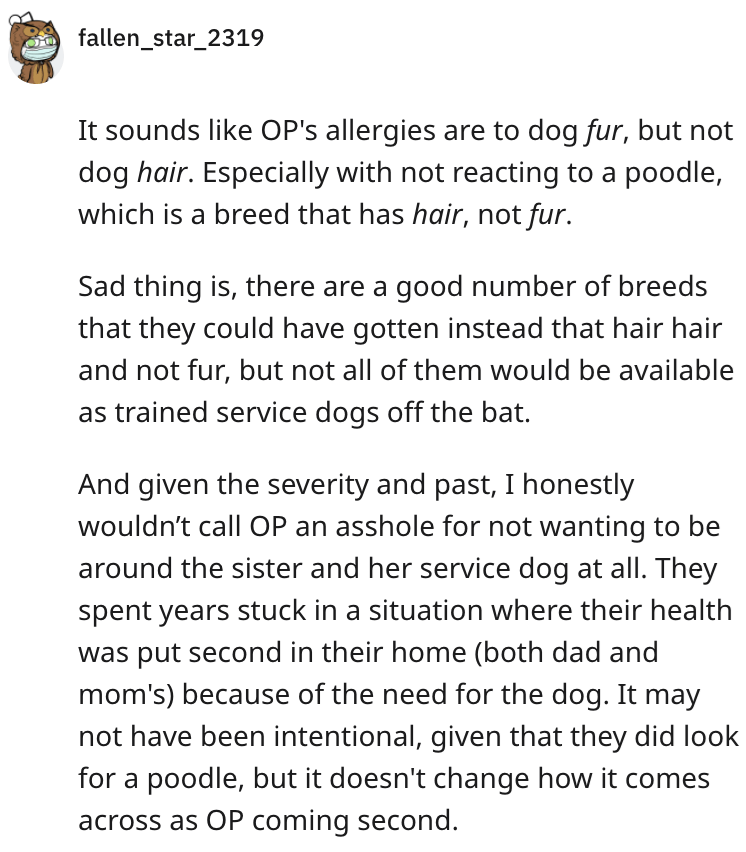 4. People bashed OP for their reasoning. 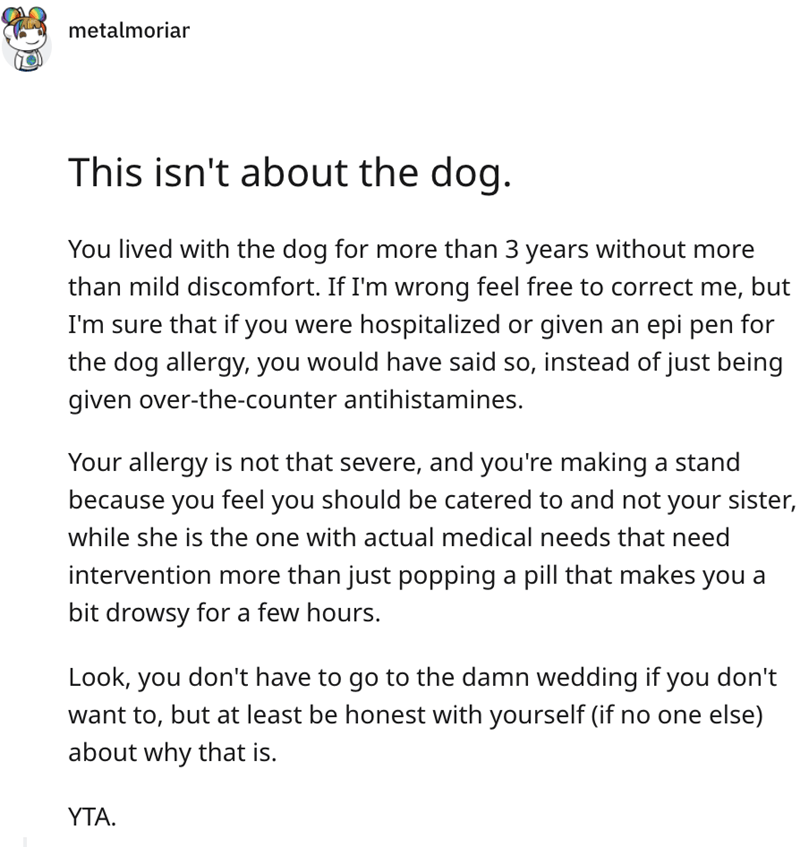 5. This person sided with OP saying that the parents didn’t treat the two sisters as equals and it kinda shows. 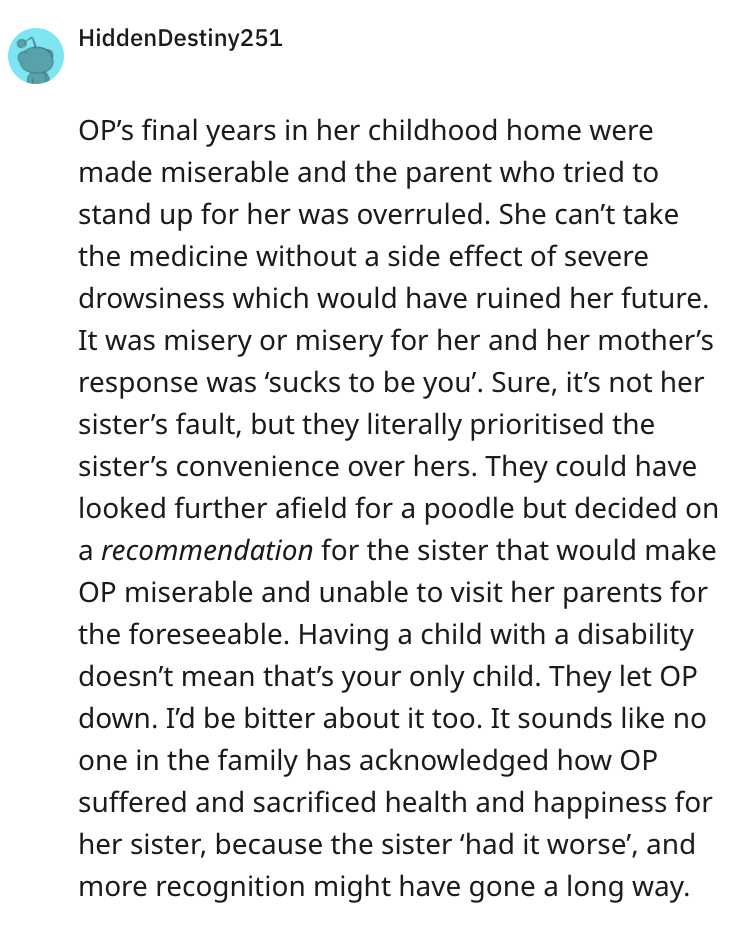 6. Another vote for the allergic sister, the community is divided. 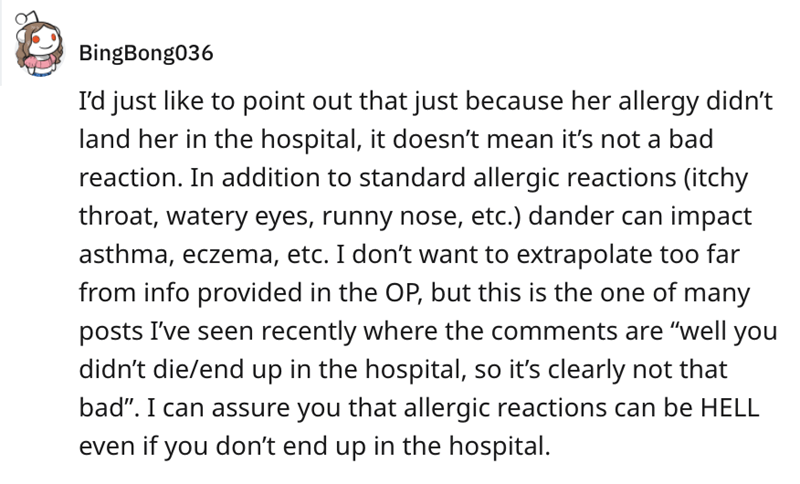 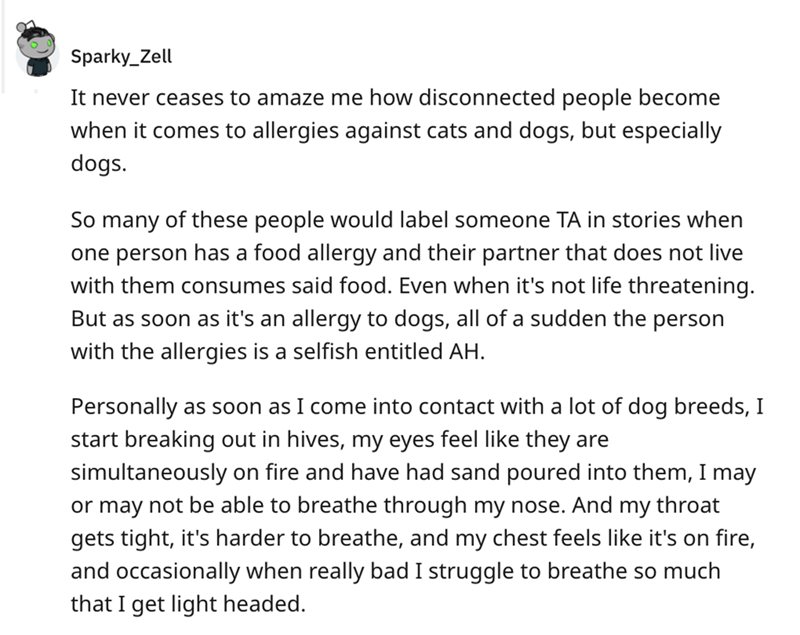 So we didn’t really get a solid vote from the community. Both sides were supported with logic and good logic. It is now up to you guys. What do you think, was OP an AH or NTA. Share your vote and reasoning in the comments section down below.