Puberty did these cats justice.

When a cat turns into a handsome heartbreaker, it is literally over for any other animal in the world because they sweep the stage with their beauty. Literally, even humans start to feel inferior complex data times. But they aren’t born as a handsome heartthrob, they phase into it over time. Normally, life is divided into 3 main phases. The first phase is when you are very tiny, innocent, and have to learn a lot. In terms of cats, all of them bring in a lot of cuteness with them as soon as they are born. Those tiny kittens look so damn adorable. Literally, anytime you see a kitten, your heart would melt right away, that’s just how gorgeous and beautiful they look. Then comes phase number 2. And this is the phase of maturity. This is when the cat is at its peak, it knows everything, its independence is at an all-time high, and whatnot. The cat turns into a perfect animal. Just like Goku achieves Ultra Instinct in Dragon Ball Super. And in terms of appearance, they smoothly transition from being cute as a kitten to handsome as a mature cat. Maure cat is an oxymoron, I know but you get the idea. And then the last phase is where the cat turns senior. This phase is not of concern for today so we will keep it aside for now.

Today we are concerned with the transition from phase 1 to 2, or in simple words cuteness to handsomeness. Time to enjoy some worthwhile cat comparison pictures.

Scroll down below to get hit by both the cuteness and handsomeness of cats, at the same time.

1. The spots were all jumbled up when he was a cute little kitten, and when he grew up the spots expanded turning him into the coolest cat ever. 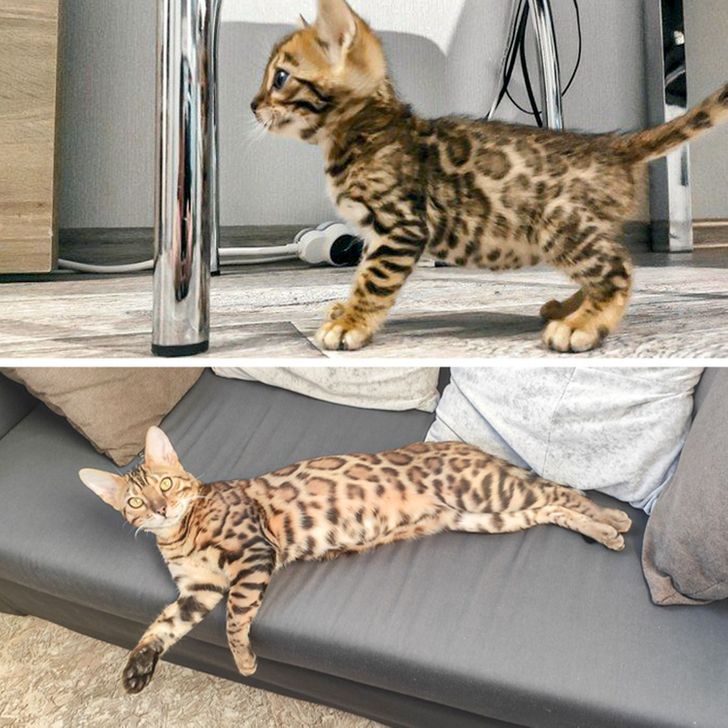 2. At 3 months old, the cat was a heartthrob, at 2 years old, he is a fully grown heartbreaker. 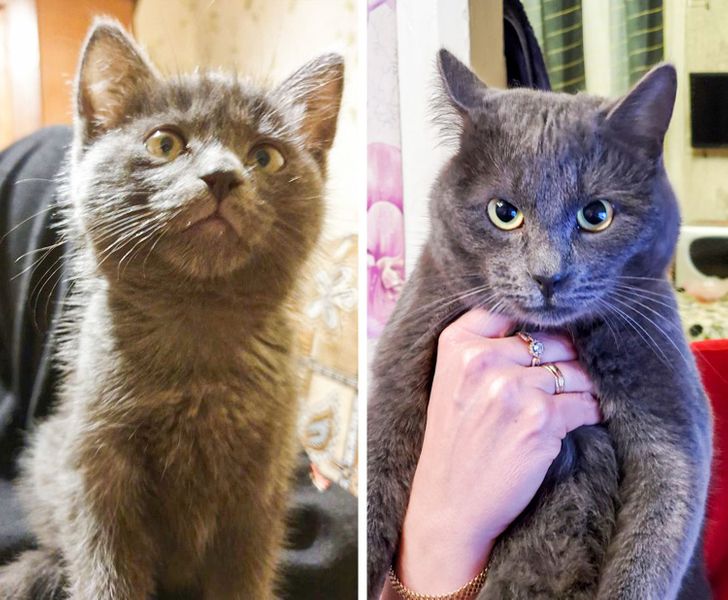 3. Somewhere between stealing your stuff to stealing the girls’ hearts, Cupcake grew up. 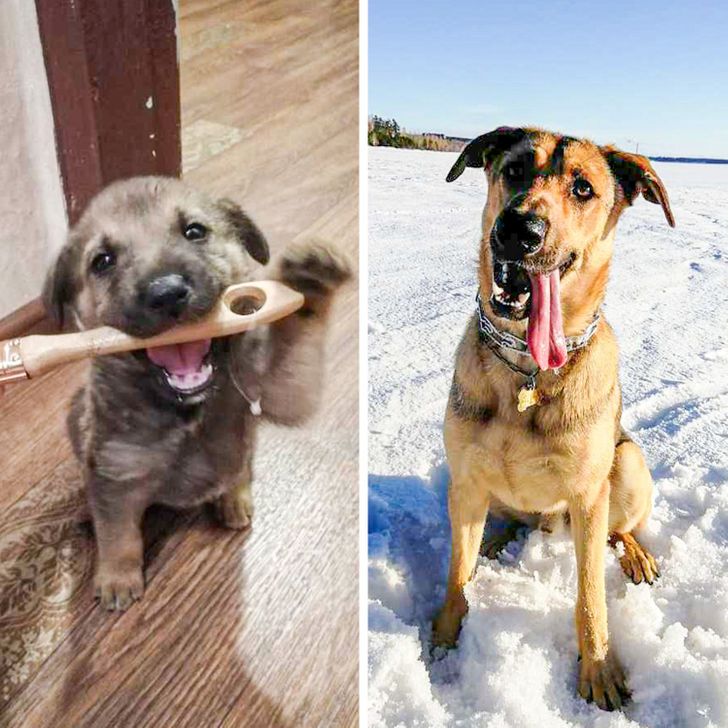 4. From barely making a dent to taking over the entire bed like a boss. 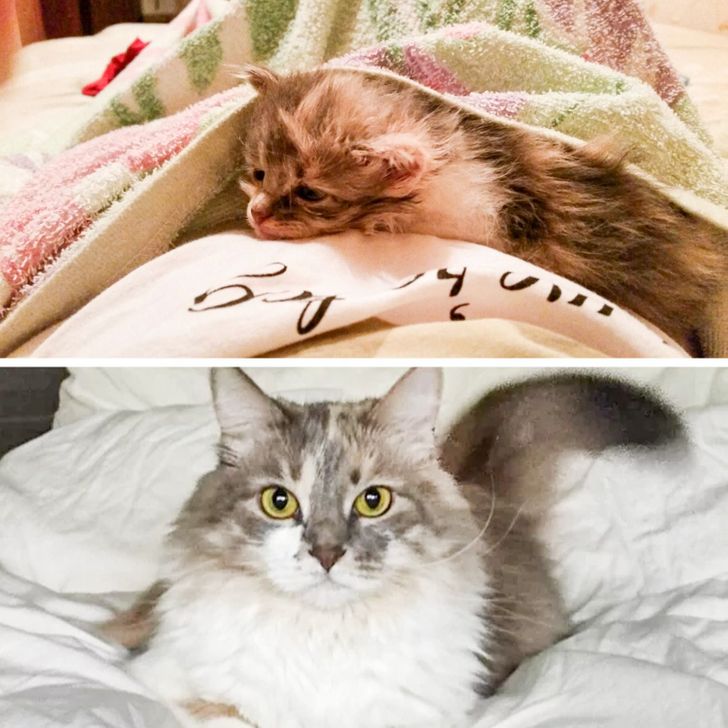 5. Beerus has attained his full form and is now ready to eat all your food. 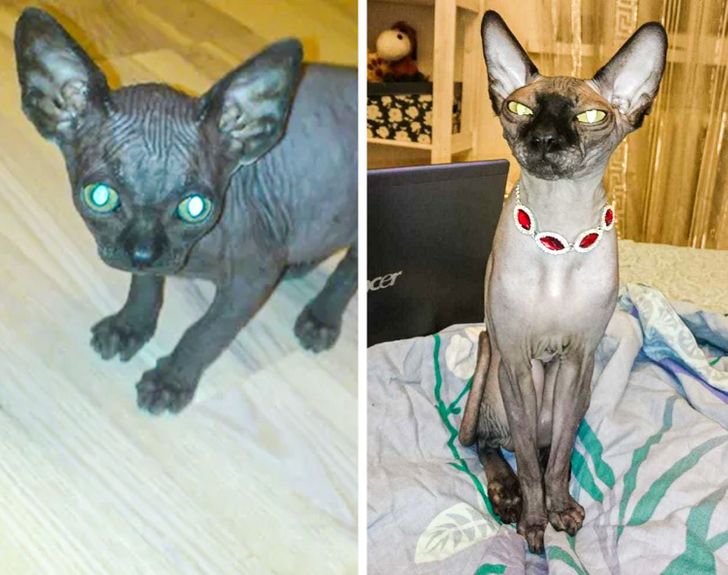 6. How is this possible. Two pictures of the same dog from the same angle, at different times. One is cute, the other is handsome. 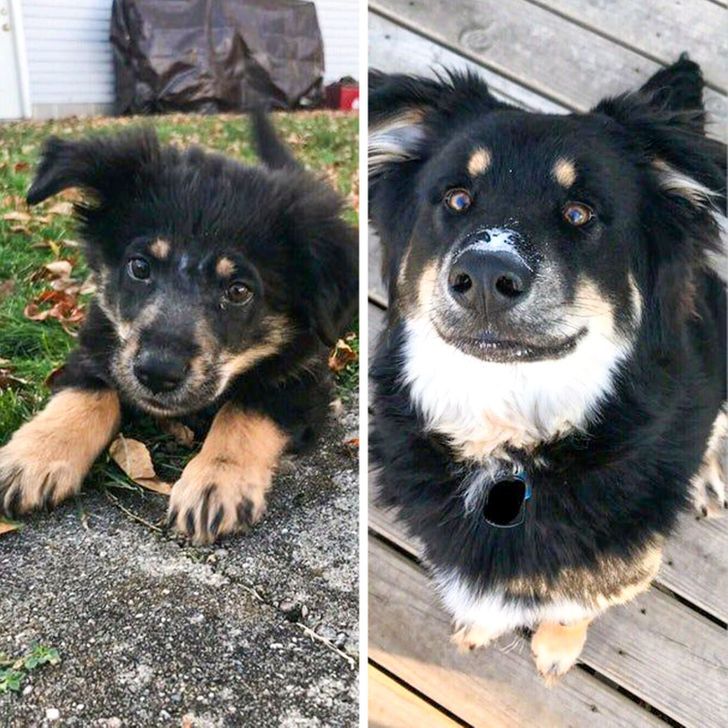 7. Awe, from being a shy, nervous, adorable kitten to an independent boss who knows its worth. This cat came a long way. 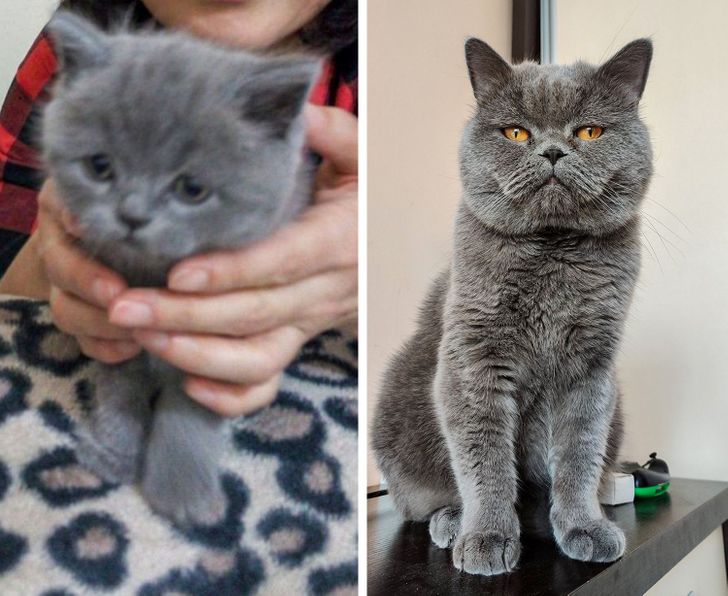 8. I won’t lie to you guys, I have never seen a cat like this one before. So unique and chocolattee. 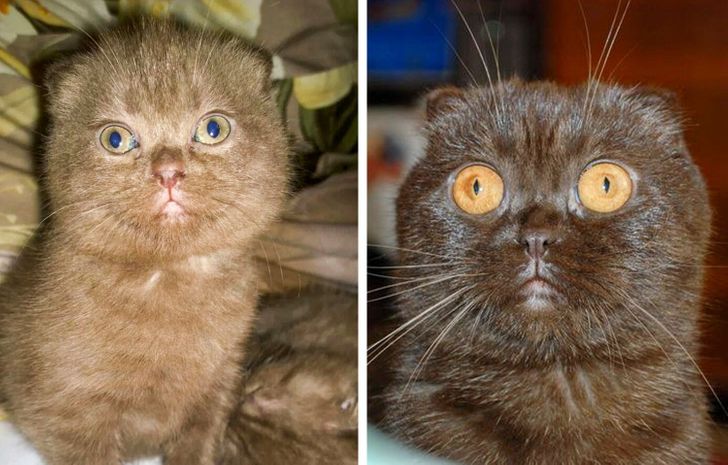 9. Adopted when he was only 2 months old. 1 year and 10 months later, he has adopted some brutal looks but that heart is still filled with all the cuteness in the world. 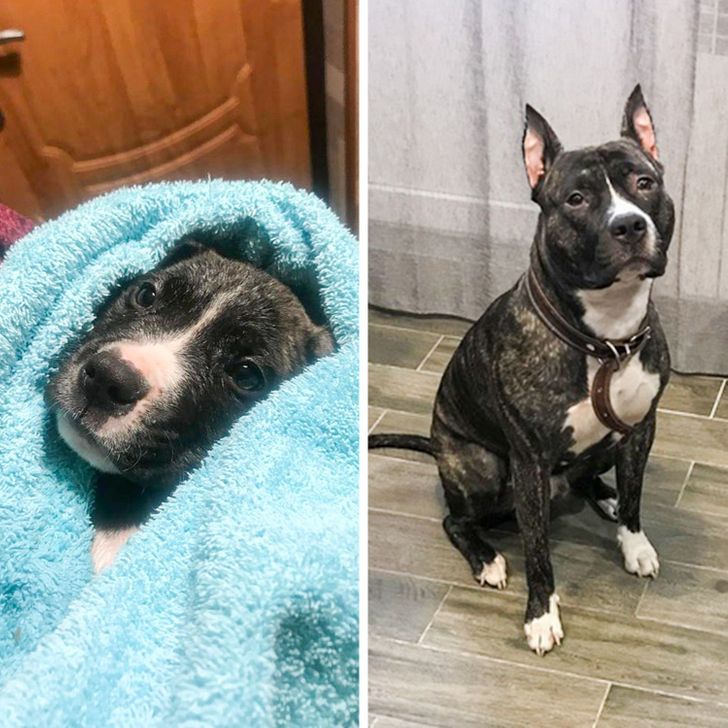 10. Nervous kitten vs ruler of the house. Who would you choose? You can’t, it’s the same cat. 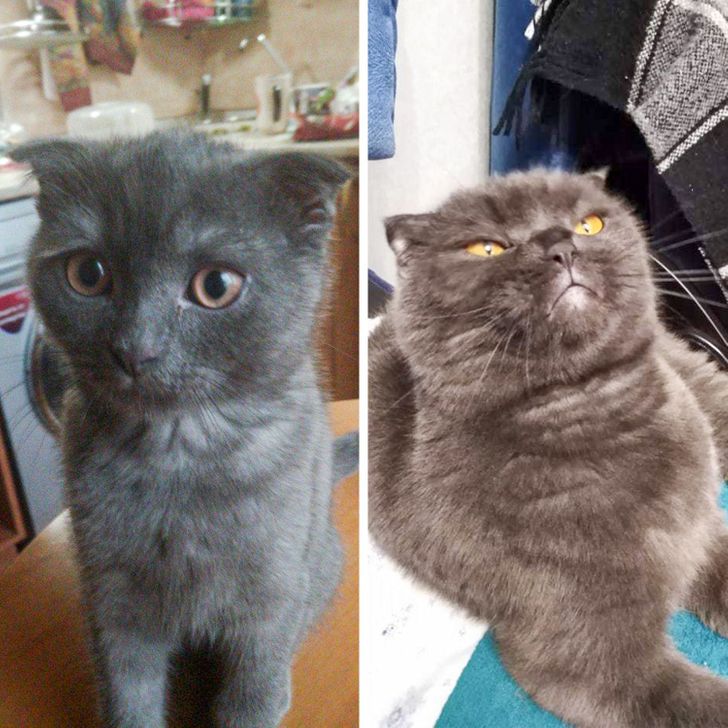 11. Oh my god now this is the most ideal transition I have ever seen. Puberty did this doggo justice. 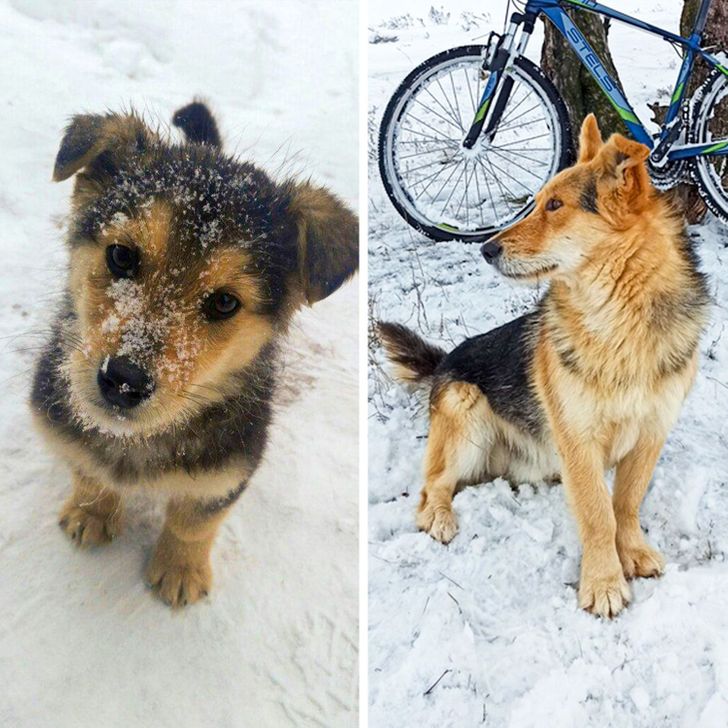 Wow. I swear I have never seen anyone maintain themselves this well in both the phases. Like normally in human beings, if you are cute in the first phase of life, it is very rare that you will end up handsome in the next phase, or vice versa. It is what it is, we just have to accept the fact that ugliness likes to revolve around us more than it does around others. But these cats have nailed it in all departments. They won fair and square.

And the best thing is, you cannot say that the cute phase was better than the handsome one or the handsome one is far more wholesome than the cute one. These are just cats winning our hearts with their mind-blowing appearance throughout their lives.

12. “We took this red sweetheart for a while until we found a new owner for him. He is still living with us.” 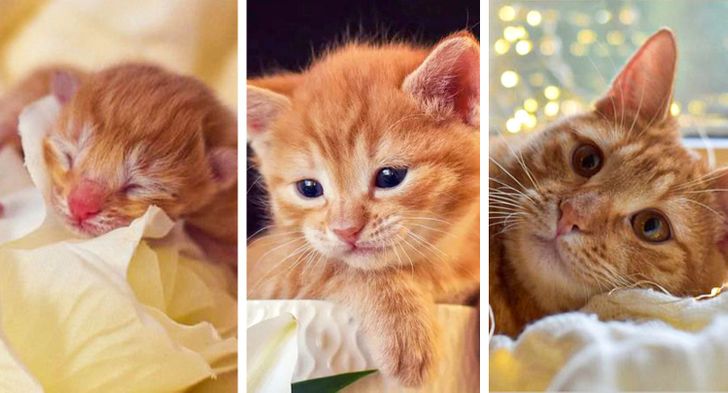 13. “I want to show you the sweetheart I found on the road in a small city, brought her home, and she grew into a big fluffy lady.” 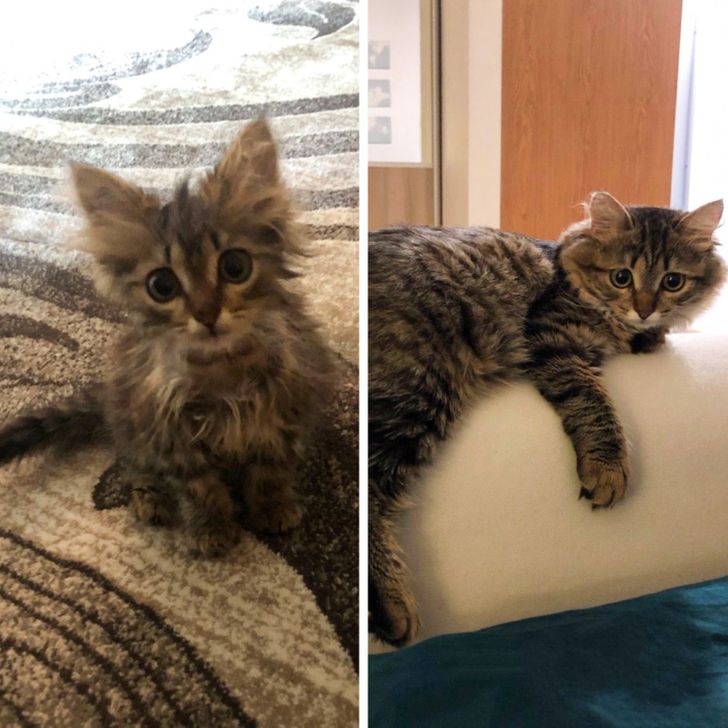 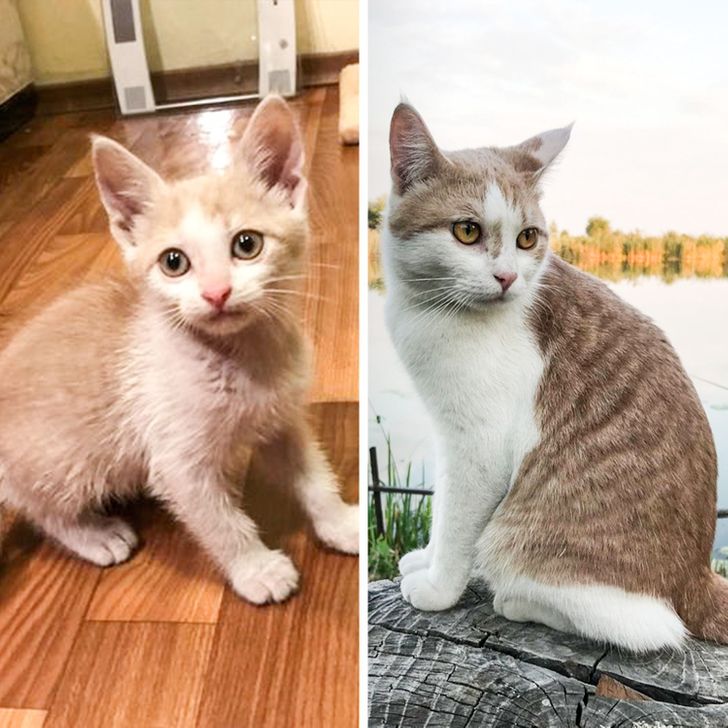 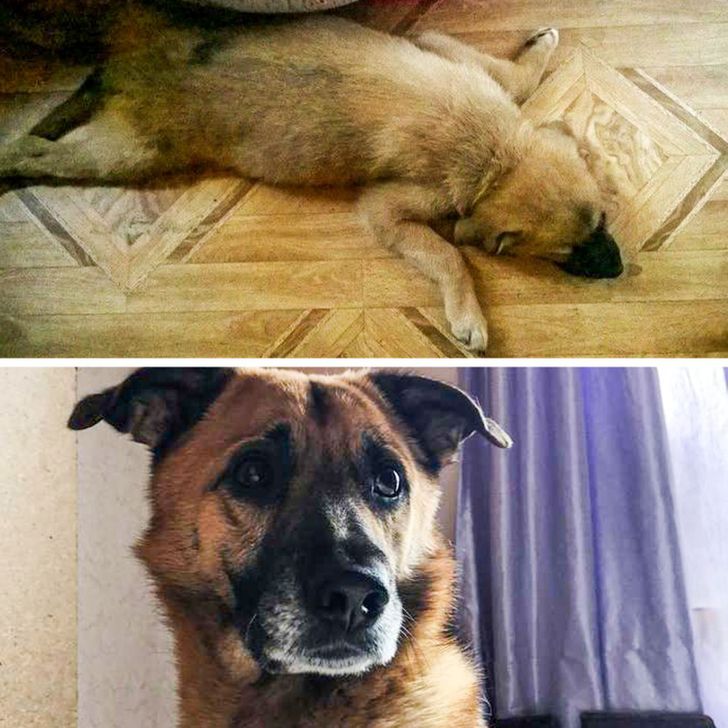 16. “The mysterious story of the shrinking hand” 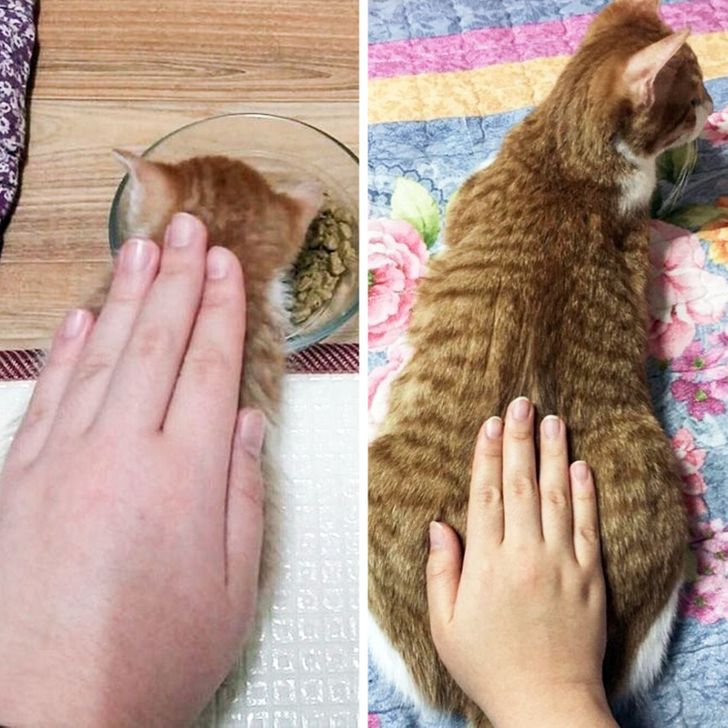 17. “Before and after. My Corgi I found in an ad who was “in search of a loving family.” 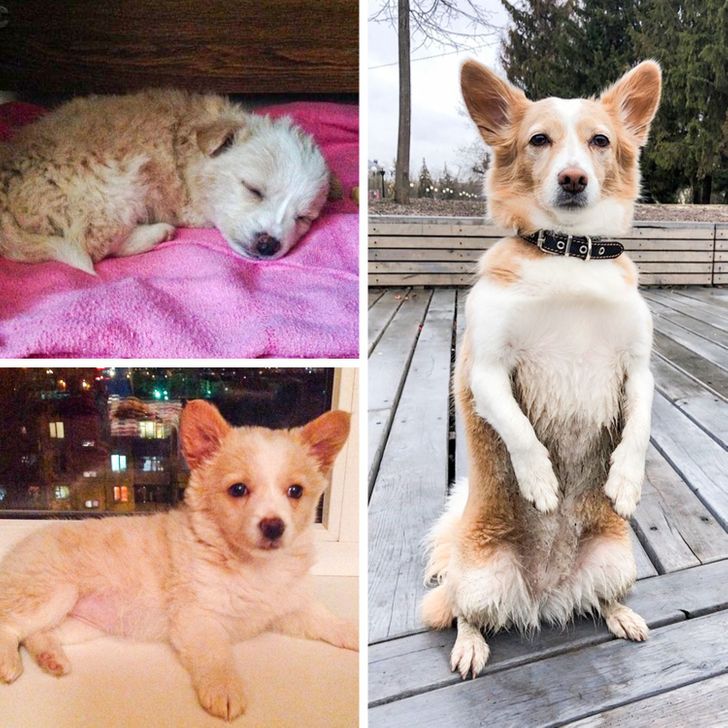 18. “One year difference. The corner of the couch is the same. It’s just the kitty has grown up.” 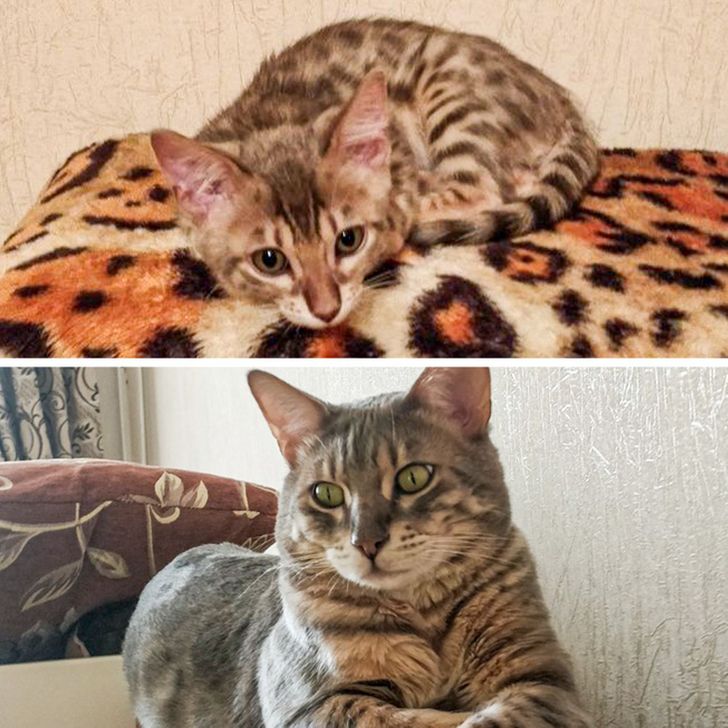 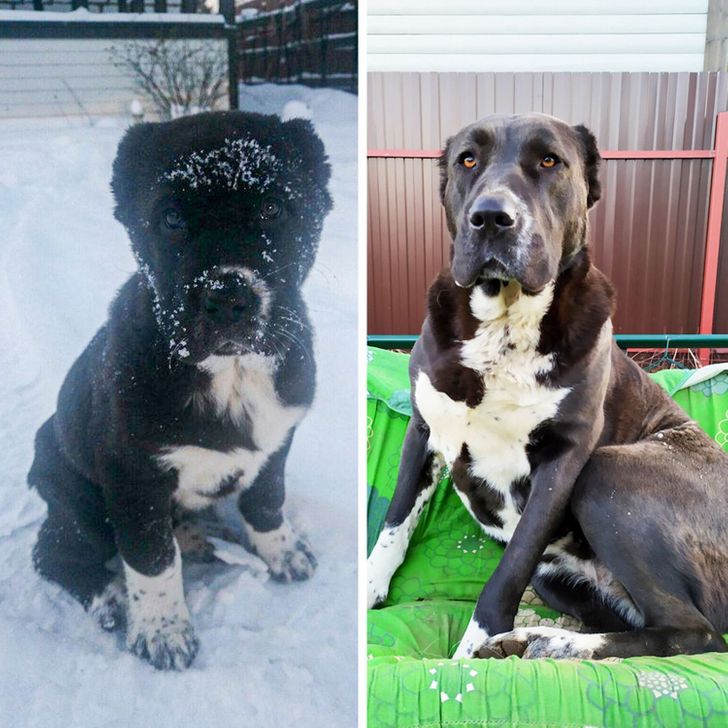 20. “We adopted Nova 12 weeks ago today and I wanted to share with you all how much he has changed since he arrived!” 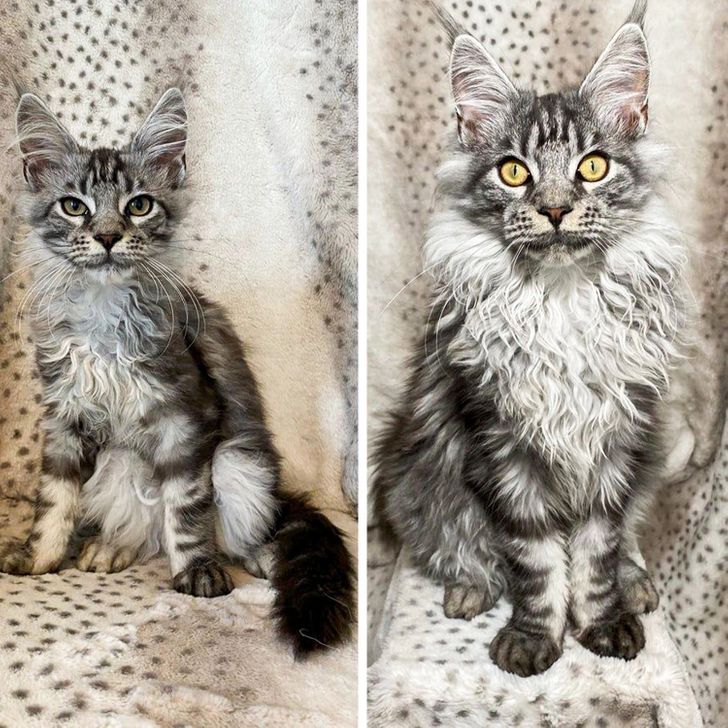 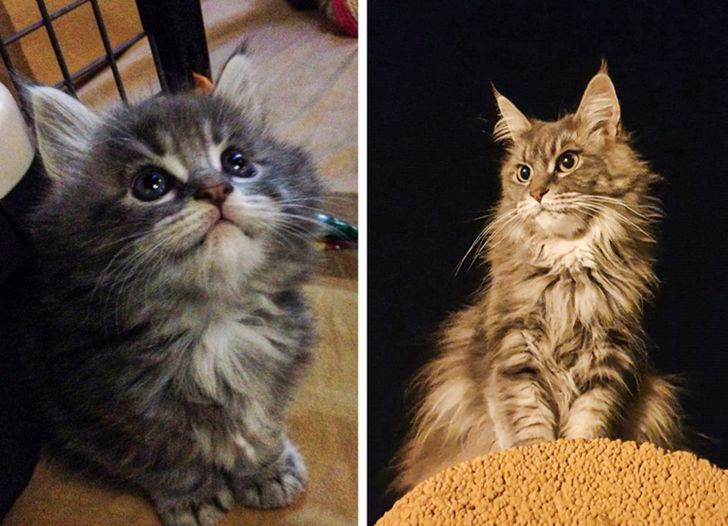 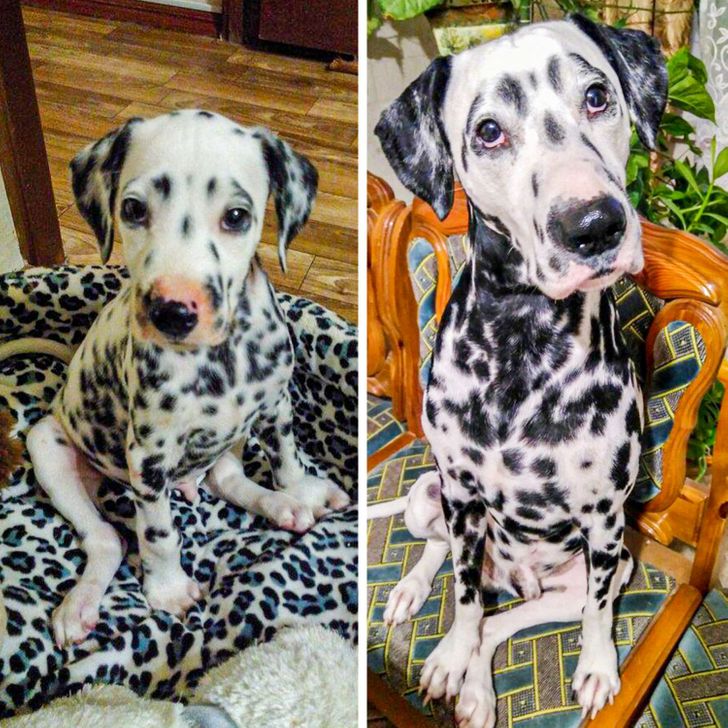 I really hope you guys enjoyed these cat transformations. Don’t forget to share your thoughts in the comments section down below.