A simple haircut can change you entirely.

Grooming is something extremely important. Looking after their hygiene is something very necessary because ignorance can lead to many health-related problems. So looking after yourself, and maintaining your appearance is part of maintaining your entire personality and staying healthy. This allows us to stay healthy and after getting groomed, you start feeling fresh and good about yourself. Humans go to barbers and groomers regularly to maintain that hygiene and some of the work is done at home as they train to look after themselves and that’s how the process gets repeated over and over again.

Grooming is as important for animals as it is for humans. Animals too grow hair, nails, ear gunk, and all the same stuff as humans. The thing about animals, let’s take dogs, for instance, is that they grow a lot of hair and if their owners don’t take their pets to the groomer on time, infections and bacteria can grow on the skin which gets hard to detect with all that fur on them and that can cause a lot of trouble. When animals are taken to the groomers, the treatment makes them unrecognizable at times for their owners when they return to receive their cuties. Today, we will be looking at this situation through transformation pictures of dogs.

Now, it is not guaranteed that every time your dog goes to the groomer it will end up looking absolutely fantastic. The barbers make errors in the animal world as well. Just like how they do it with humans when we don’t have the courage to speak up when the barber cuts the hair wrong.

Let’s enjoy some before and after pictures of dogs after their visit to groomers.

1. An entirely different dog after a much-needed haircut. 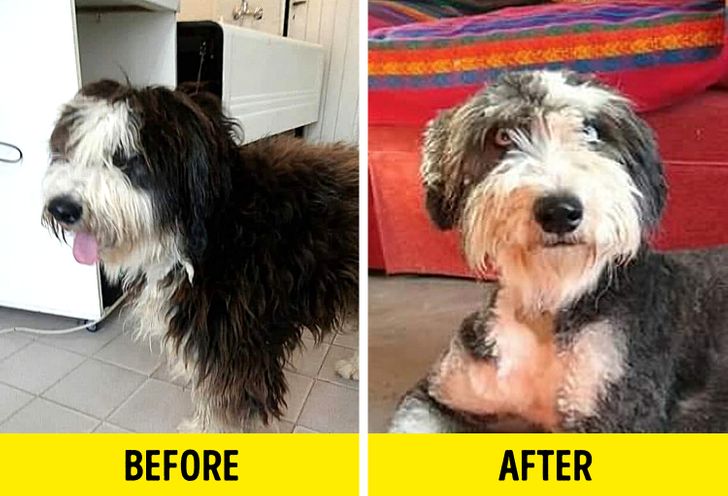 2. Owner took their pup to the groomer for a simple bath, they gave it a free haircut with it. 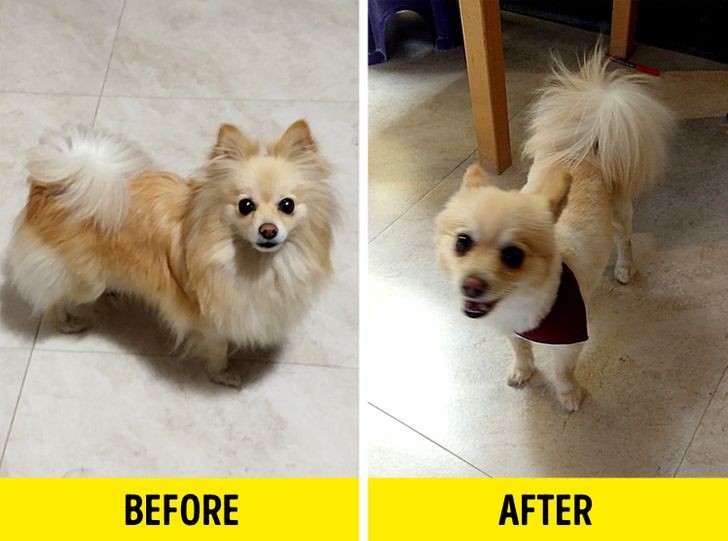 3. From looking like a rock guitarist to a cute singer, groomers did a good job with that hairstyle. 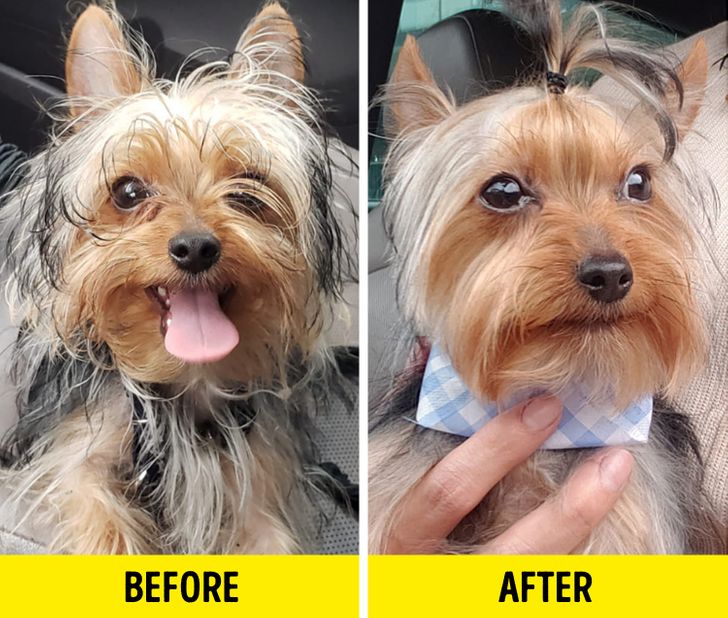 4. They finally saw who was under all that fur all this time. 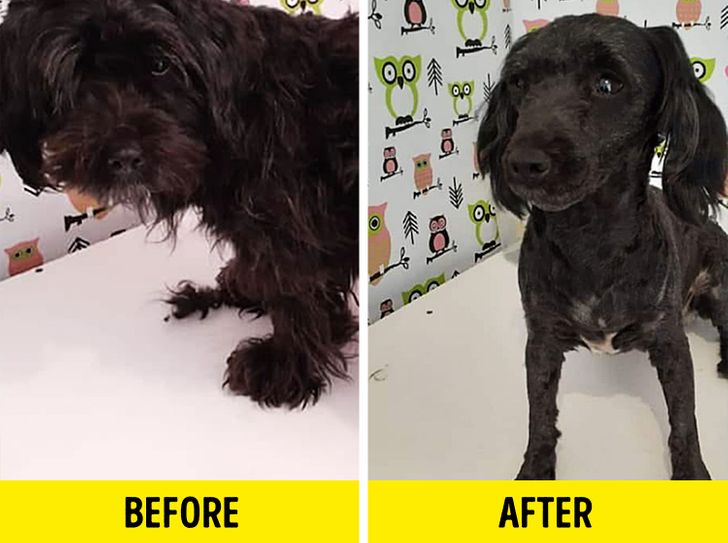 5. Are these two pictures of the same dog? Wow. 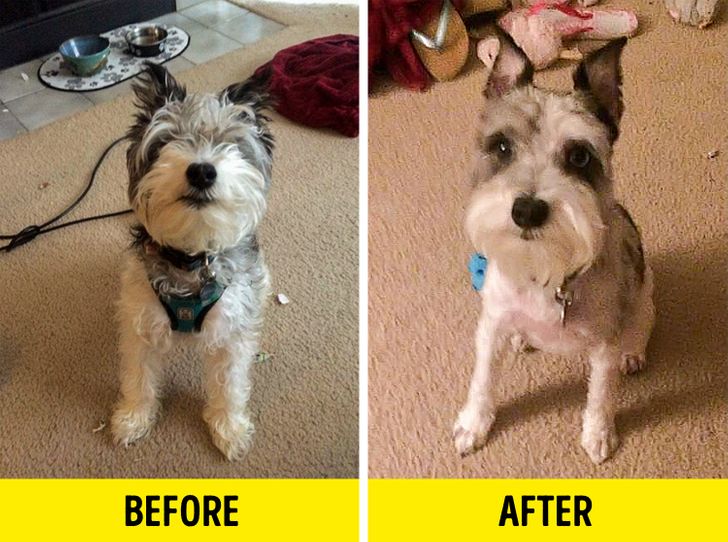 6. I think this is the best transformation I have seen in a very long time. The doggo is ready to win all hearts. 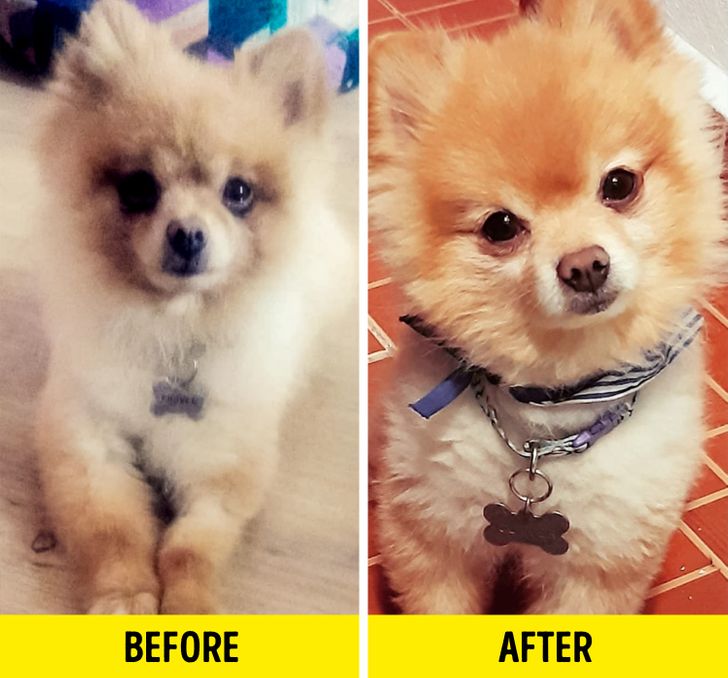 7. He was in desperate need of a haircut and the after picture shows why. 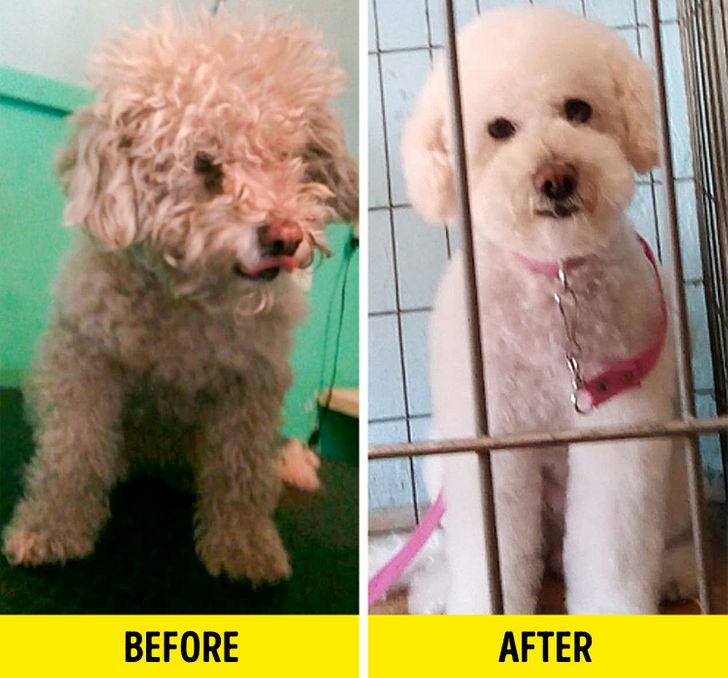 8. The dog’s owner refused to believe it was their dog when they arrived at the groomer to receive their groomed dog. 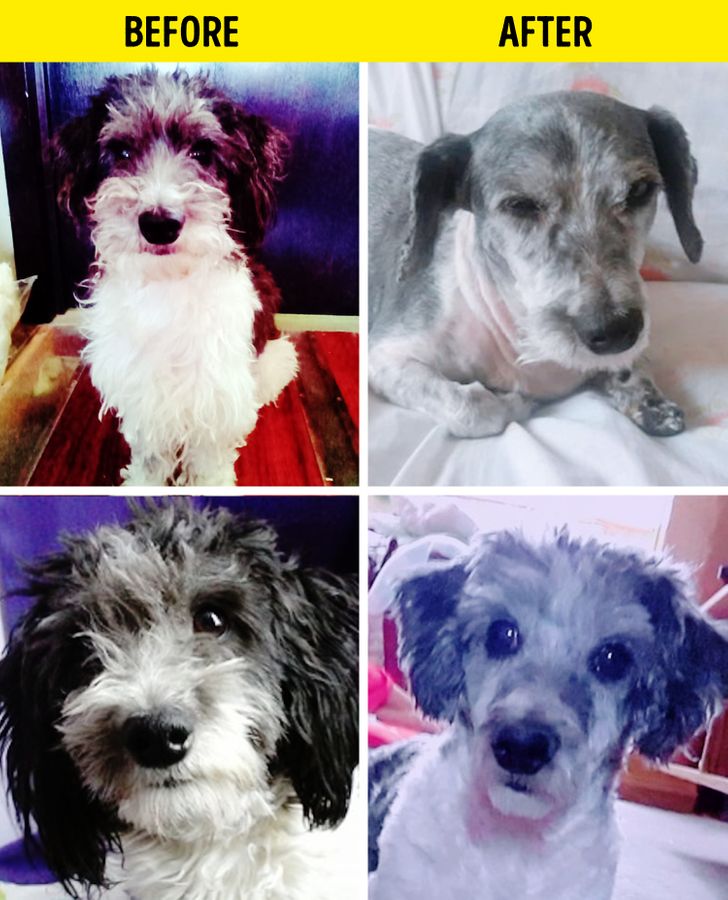 9. Is it just me or do you guys also think when they pay a visit to a groomer, their whole breed changes based on how different they start looking? 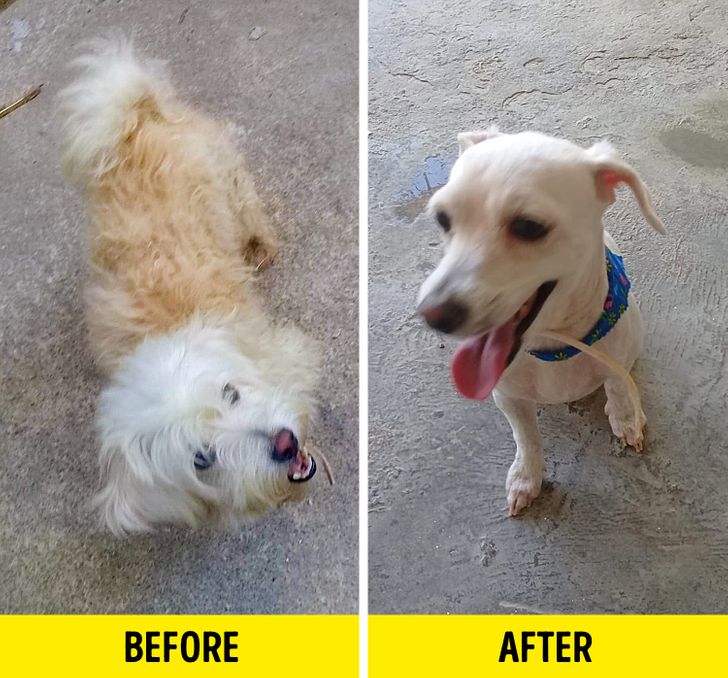 Wow! Even though some of the groomers didn’t do a good job, it still shows how important grooming is. They really look very different from how they used to look before the visit. And some of them look like they are different dogs altogether. Our cuties deserve all the pampering because they too have the right to remain healthy and look like heartthrobs. 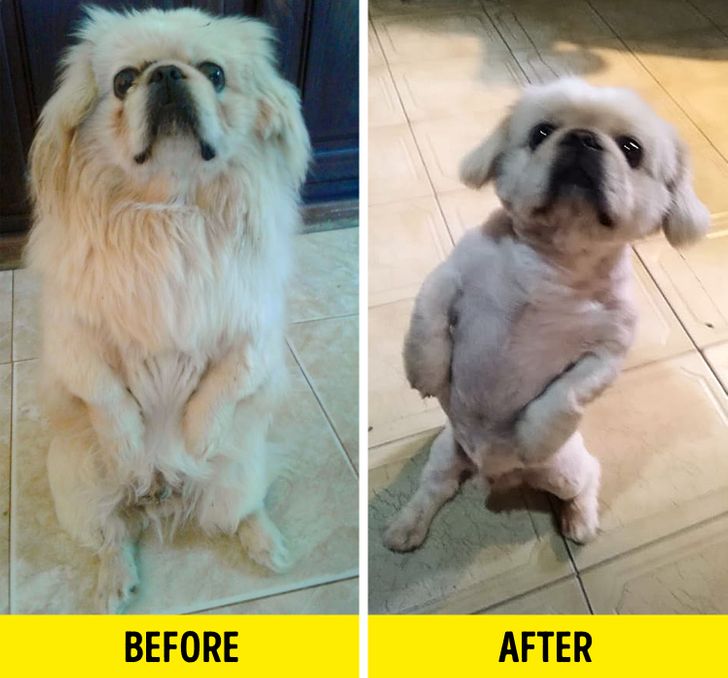 11. This before and after comparison screams “I made it!” for some reason. 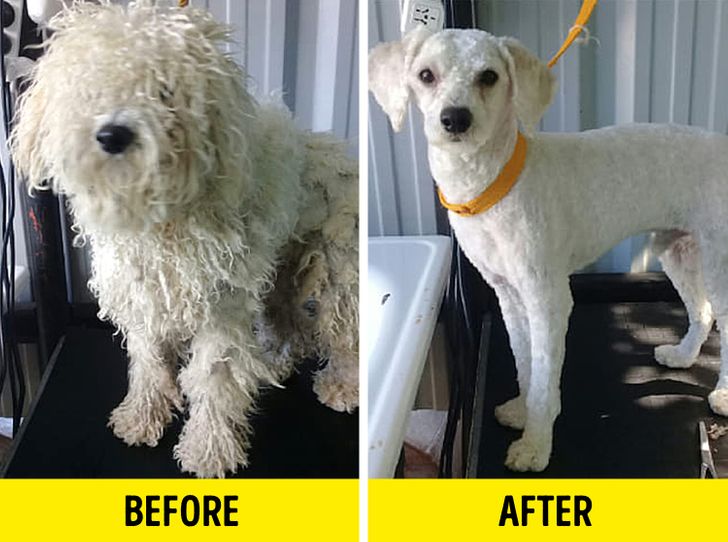 12. “After a whole day at the dog spa… Clearly not taking her back there ever again. She kinda looks like a pillow.” 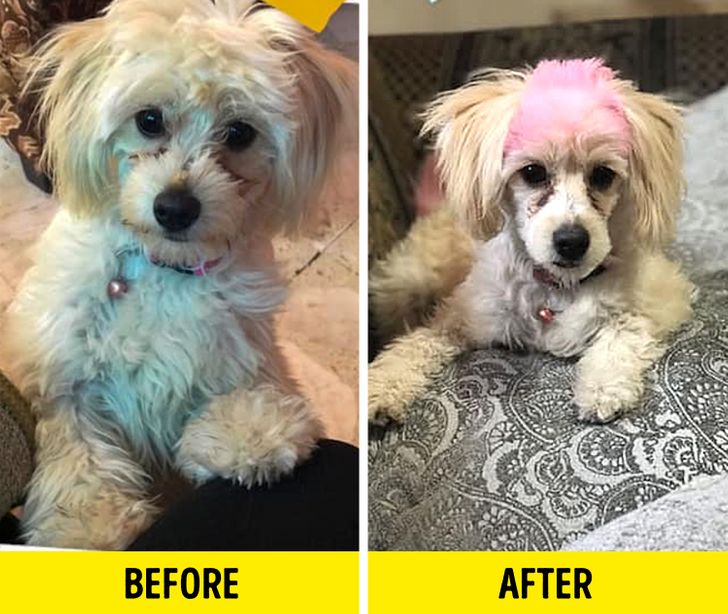 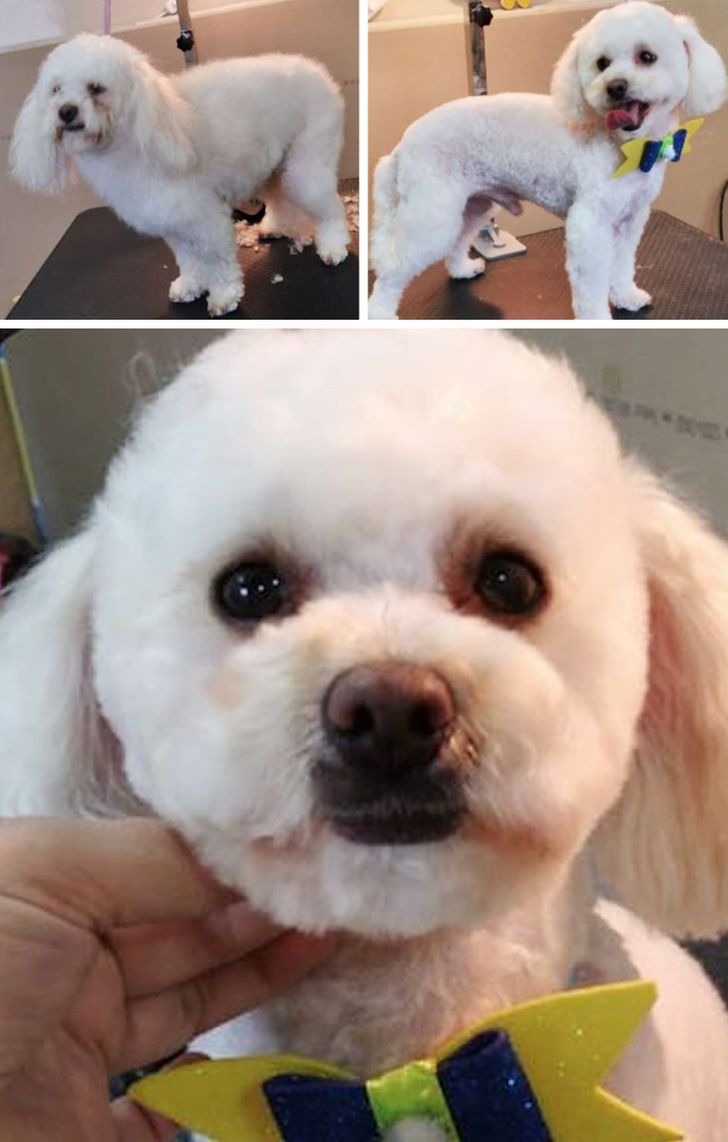 14. “Handsome old boy to a cute puppy in one hair cut” 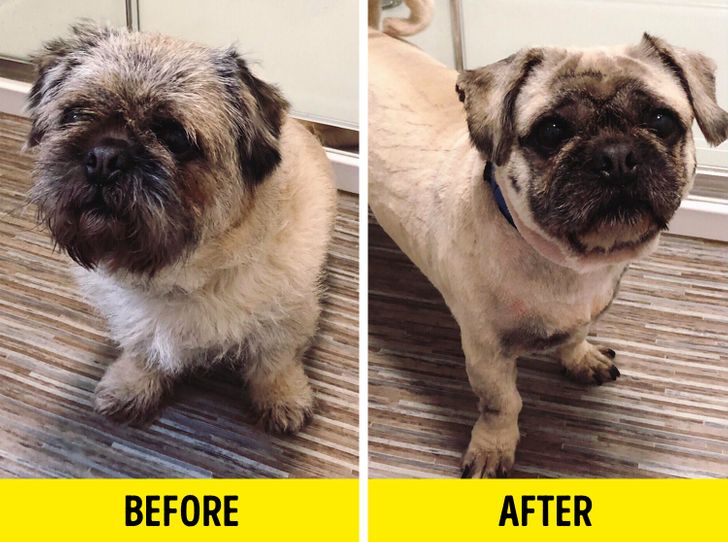 15. “What a difference a haircut makes!” 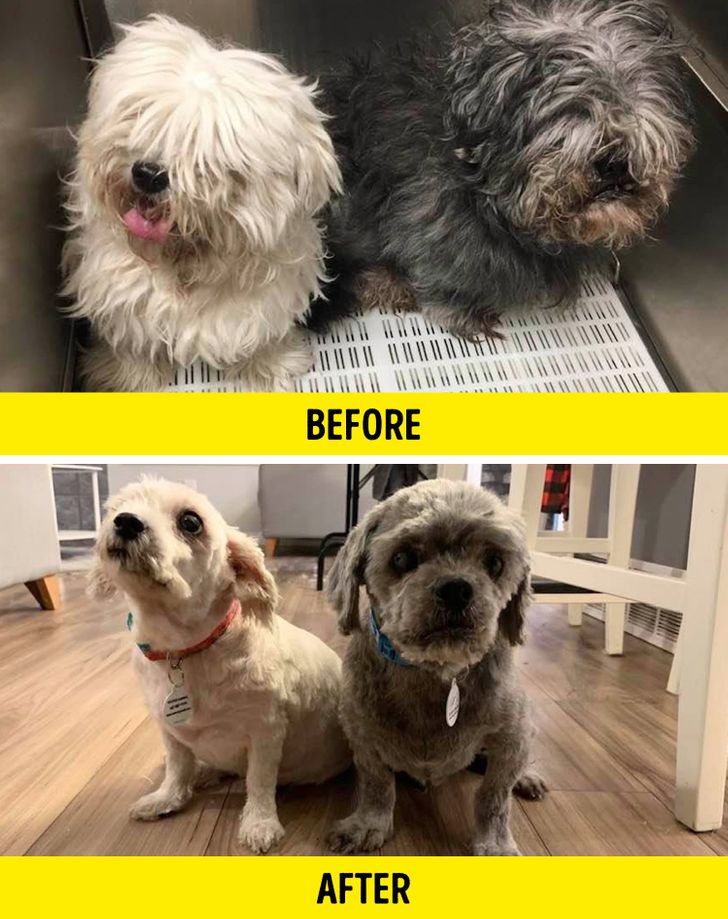 16. “Charlie, before and after his spring haircut” 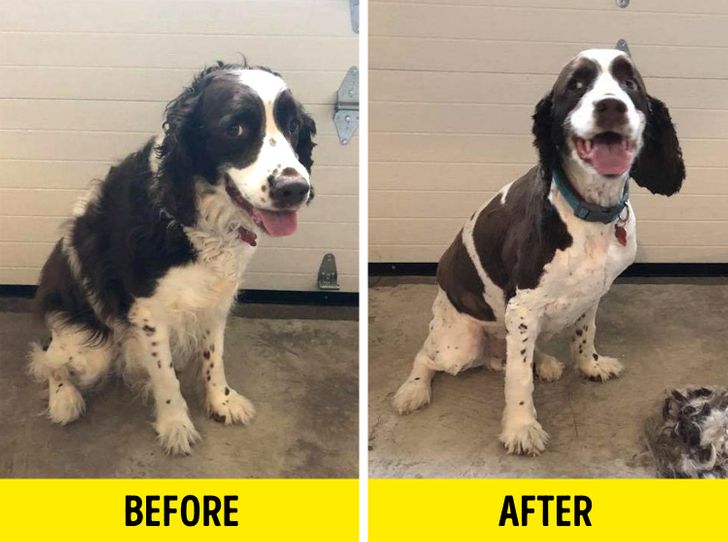 17. “My puppy Otis got his first haircut. I’m not sure they gave me back the same dog.” 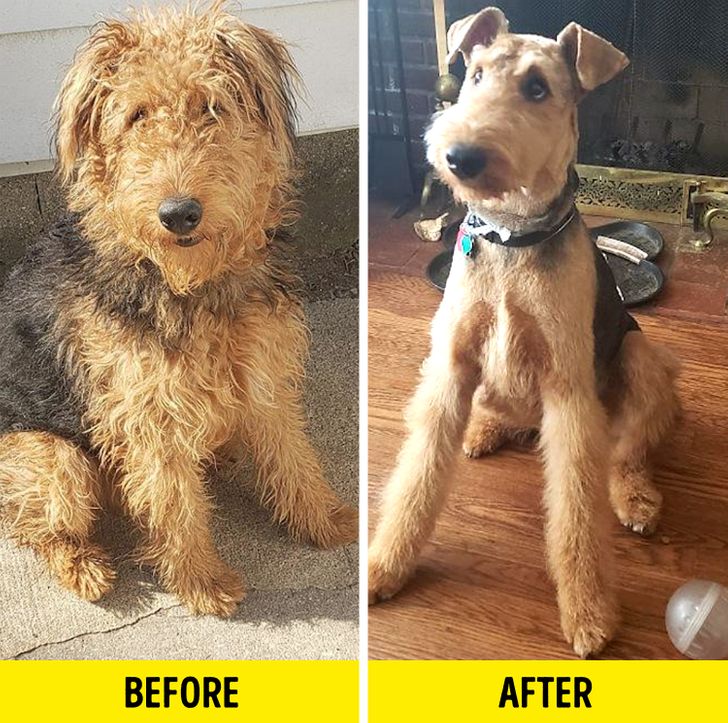 18. “We rescued a Maltese from a puppy mill in Georgia that got busted with over 700 dogs this weekend. After 3 hours of cutting matted hair and bathing, here is Luna’s before and after.” 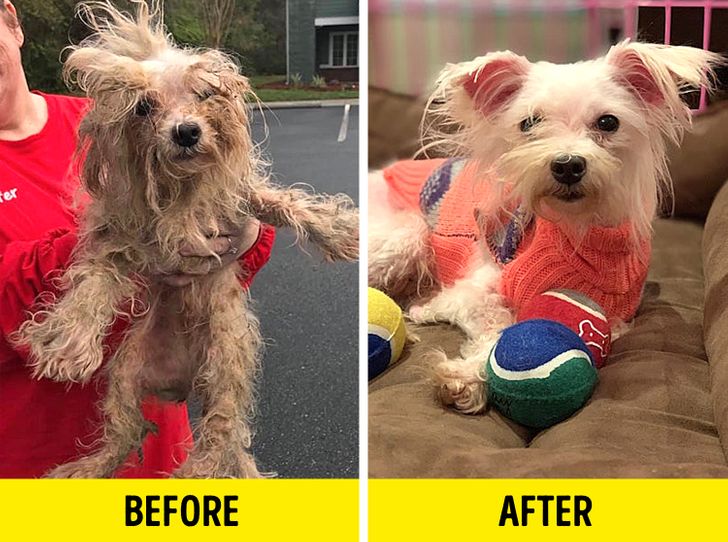 We all know there is an obvious barrier when it comes to a few things related to dogs. One thing is, animals don’t speak English so they can’t tell us when they need a shower or a haircut. Second, they can’t do a shave themselves so clearly, the owners are bestowed with a responsibility to be very proactive in this case and take their dogs, or pets in general, to the groomers on time so the animals don’t get irritated or incur health-related issues because their hygiene got ignored.

I really hope you guys enjoyed this one. Don’t forget to share your thoughts in the comments section down below. Have you ever had an experience where you went to receive your pet at the groomer and couldn’t recognize which one was yours? 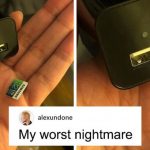 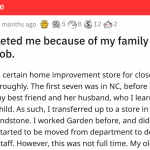 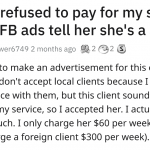 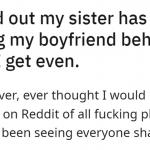