Water and dogs were never meant to be together.

There are things in life that you just can’t get over with. Some fears, some memories, some relations. It really isn’t easy. I, for example, used to fear clowns as a kid, they used to terrify me. Like I would literally forget how to move and would start shivering. Proper horror story! To this date, that fear resides in me. I can watch movies that involve clowns, that doesn’t bother me. But when I see one in real life, my entire nervous system flops. There was once a clown waving at everyone at a petrol station. I really had to get the gas but I shot away like a bullet cuz I caught a glimpse of that terrifying thing.

And when it comes to dogs, can you guess that one thing or activity that breaks their brave energy into tiny pieces? You guessed it. Bath time. For some reason, dogs absolutely hate it when their owners ask them for a bath. It’s kinda like those trigger words that converted Bucky into the Winter Soldier in Captain America. To dogs “bath time” means “It is time for some proper drama to ensue.” My god, the tantrums they throw just to avoid getting soaked in water are absolutely hilarious and very fun to watch. Yes, this is very evil, I am fully aware of the fact that one should never laugh at other people’s misery, but dogs aren’t people right? So I think we have factual approval to carry on.

We surfed the internet and compiled some hilarious images of melodramatic dogs throwing tantrums just to avoid a bath. Trust me, they use every technique and method there is in the dictionary. From angry stares to innocent big eyes, everything. But unfortunately, they really don’t work. Owners are getting smarter and a little treat bribe can do just the job.

So, let’s enjoy or feel for these dogs feeling terrified of water. Scroll down below to view!

1. Every muscle in the body gets signaled to move away from that tub. 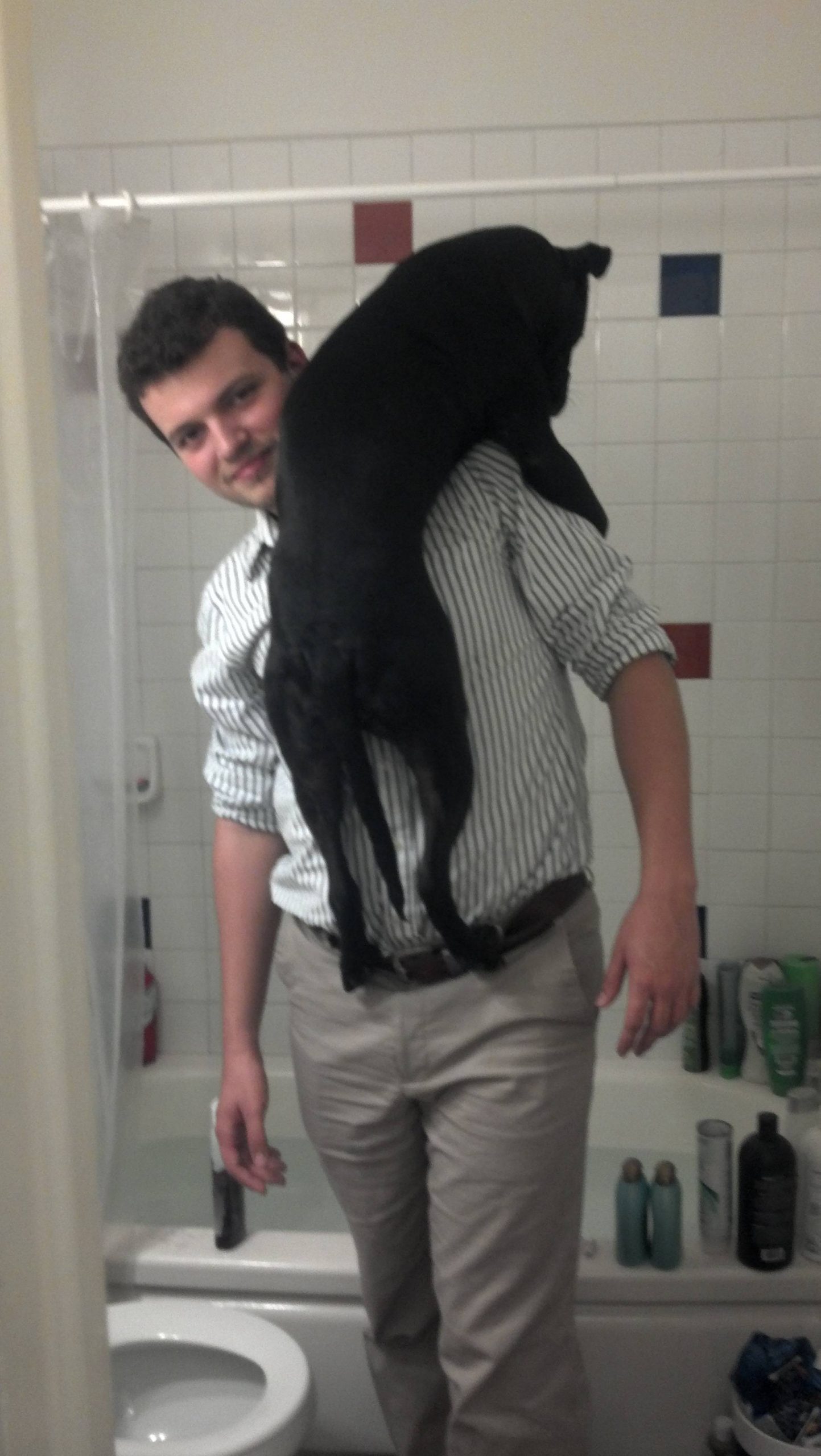 2. It’s like they think of water how we think of acid.

Don’t worry big guy, it won’t burn through your skin, but actually, clean it. You can take my word for it. 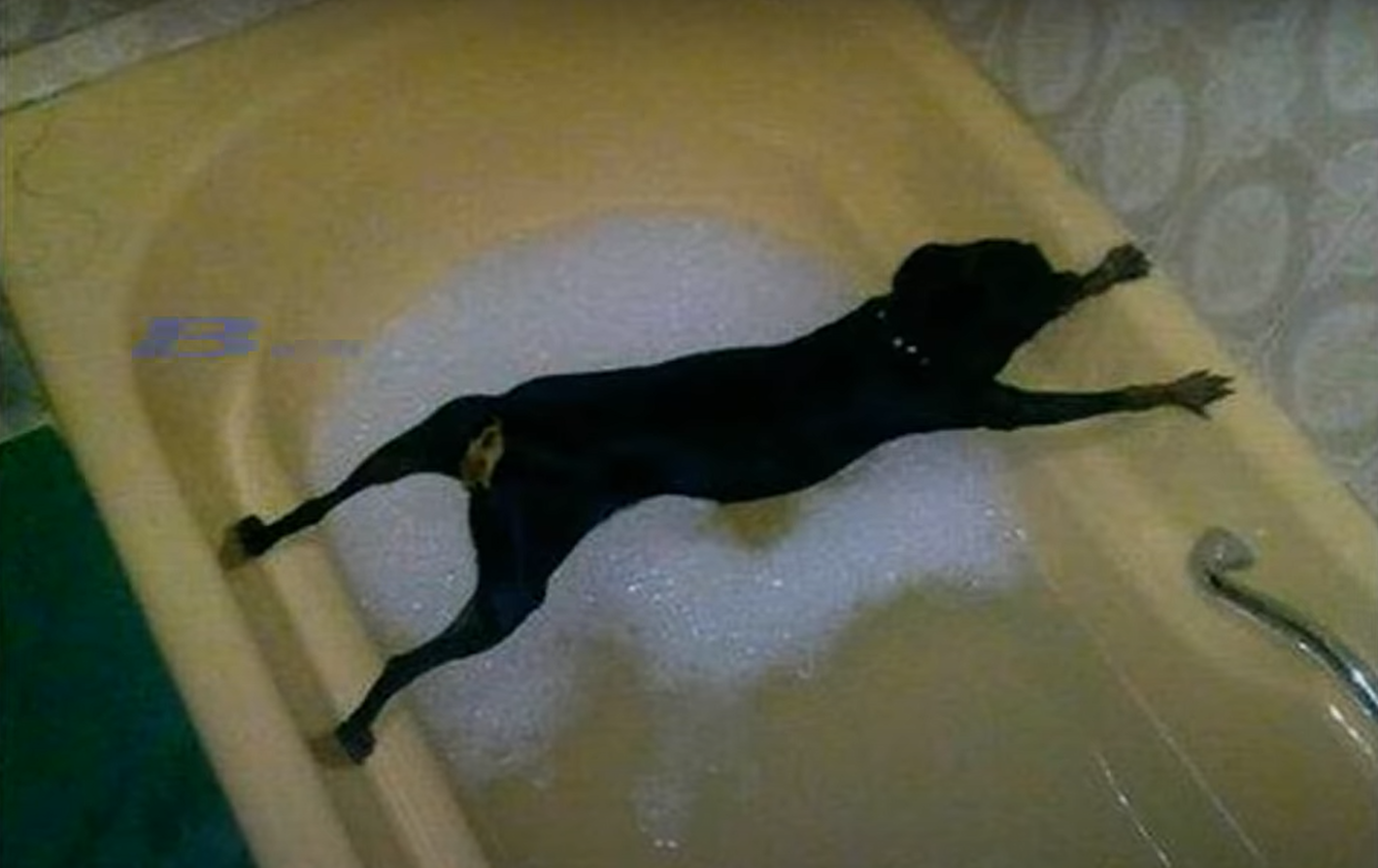 3. Just give me a god damn minute, I am trying to muster up the energy.

Everything is sunshine until it’s bathtime.

4. “My dog’s expressions before bath…”

Aww, the poor guy looks so terrified. I remember as a baby, even I used to hate baths. So I feel you, little guy. But it needs to be done. 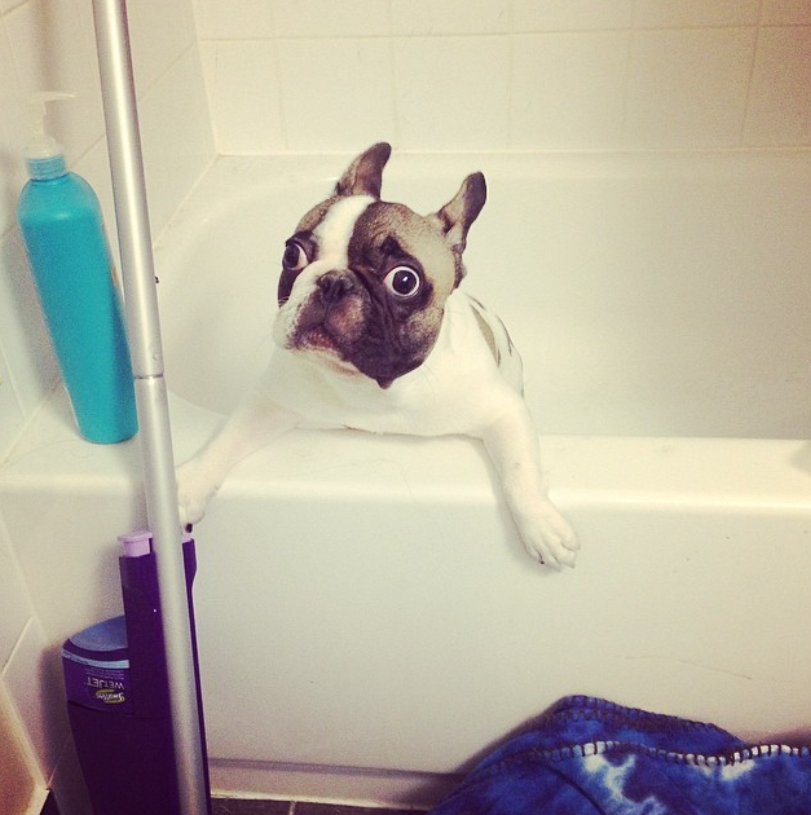 Oh come on, don’t you wanna look all beaut when you go out for the walk? 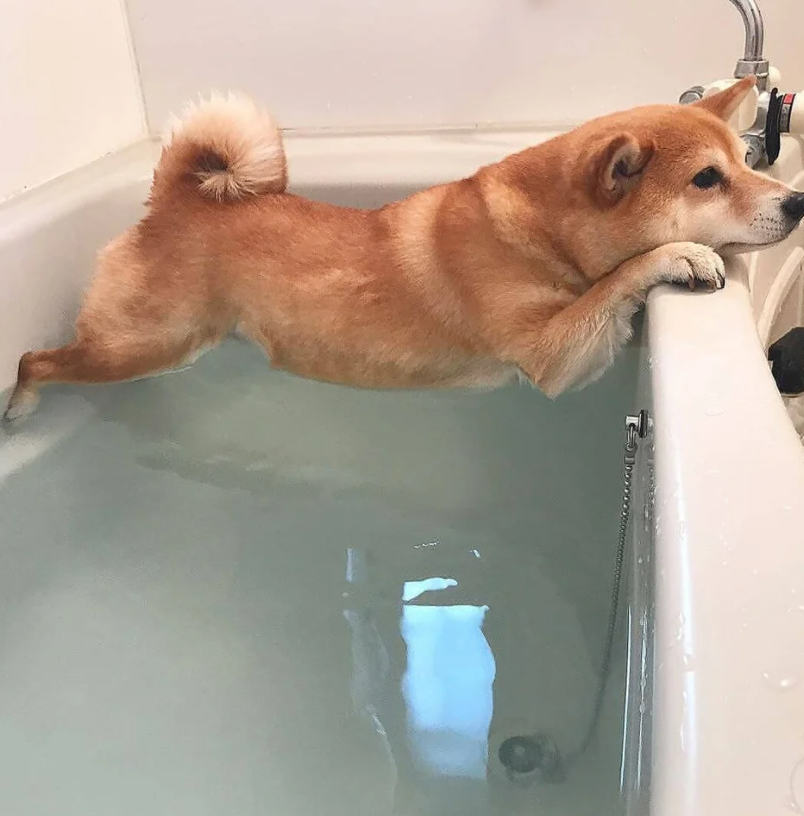 6. The dog is set to automatically move in reverse whenever it hears “bath time”.

Like a trigger word. Mine’s “apples!” No questions, please. 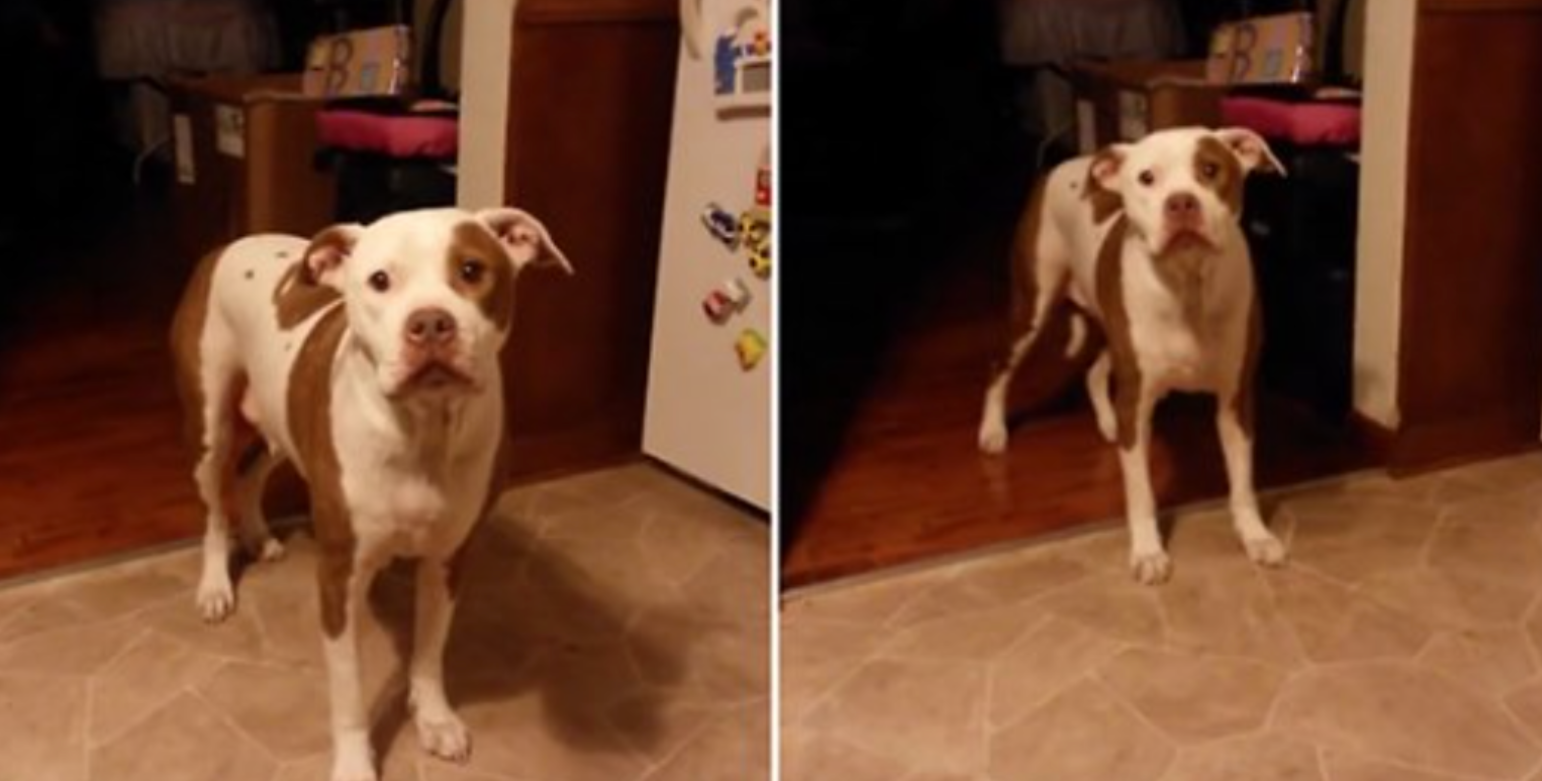 Those eyes are screaming “You better run as fast as you can after this because I am craving some human flesh today.” I’d advise you to run, human. 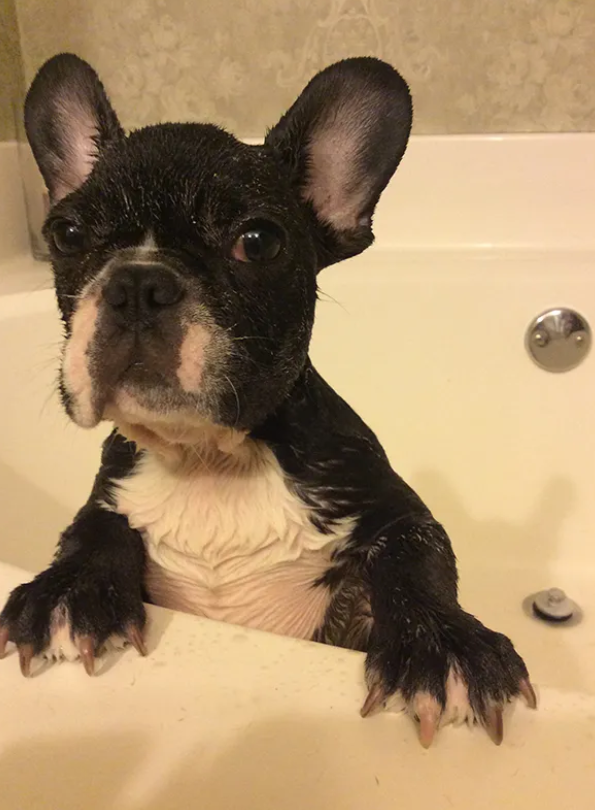 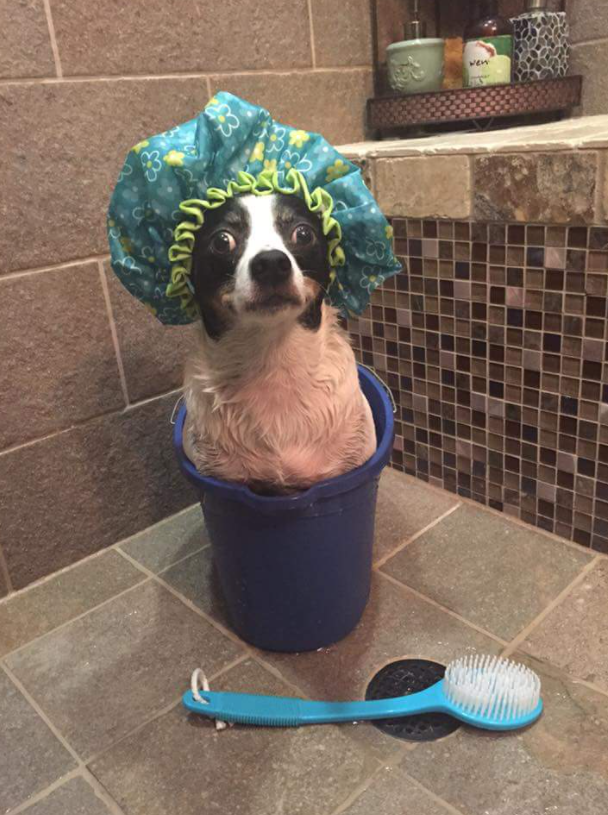 9. When you realize Daddy missed the McDonald’s exit and is now turning towards the Groomer. 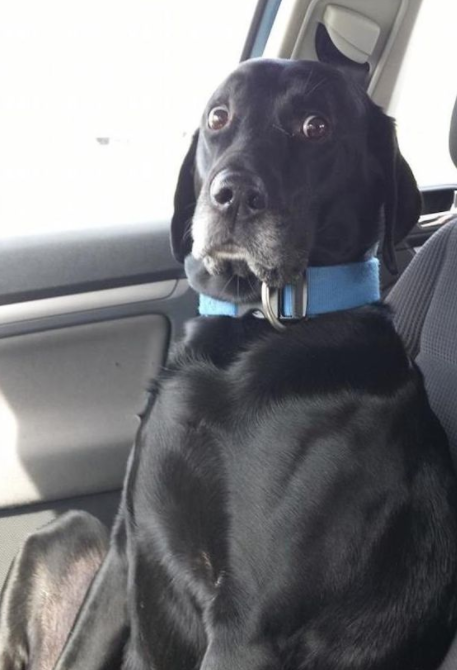 10. Just 2 more minutes, Dad. I want to spend my final minutes in peace and alone.

Is that melodrama I smell? 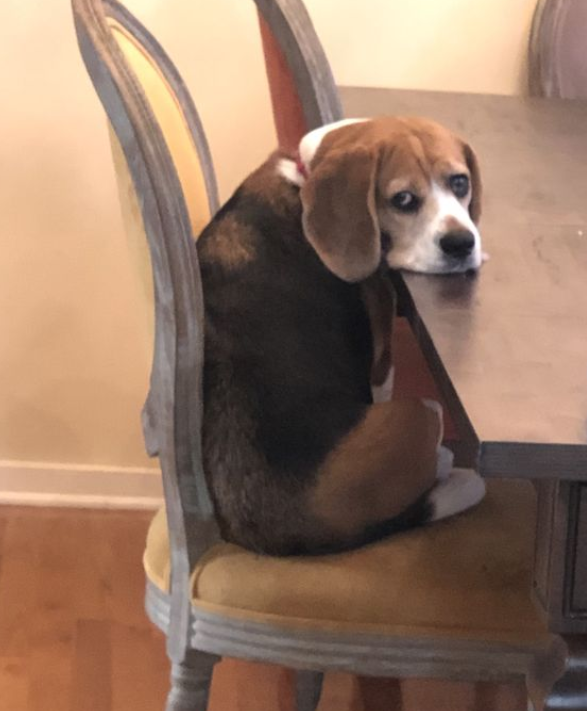 And I thought no one is more melodramatic than me. Oh my god! These reactions are so hilarious. Poor guys really do hate water. You know how some stuff disgusts us and makes us nauseous, I think that’s what bathtime feels like to dogs. Gotta respect the opinion, I really don’t want to get canceled by some dogs for calling them a bunch of losers for not taking their showers on time. Oops! I guess I said it.

Scroll down below for some more dogs throwing tantrums to avoid baths.

My God, they have got so many tricks up their sleeves. 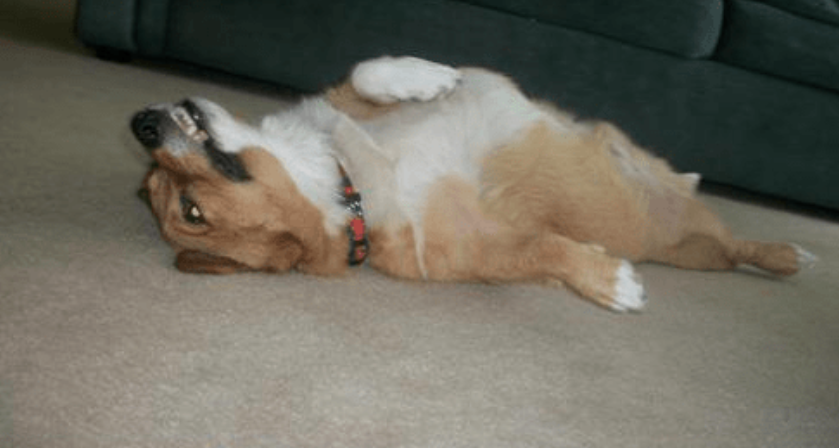 12. Just a dog being extremely dramatic about bath time.

It’s for your own good, buddy. 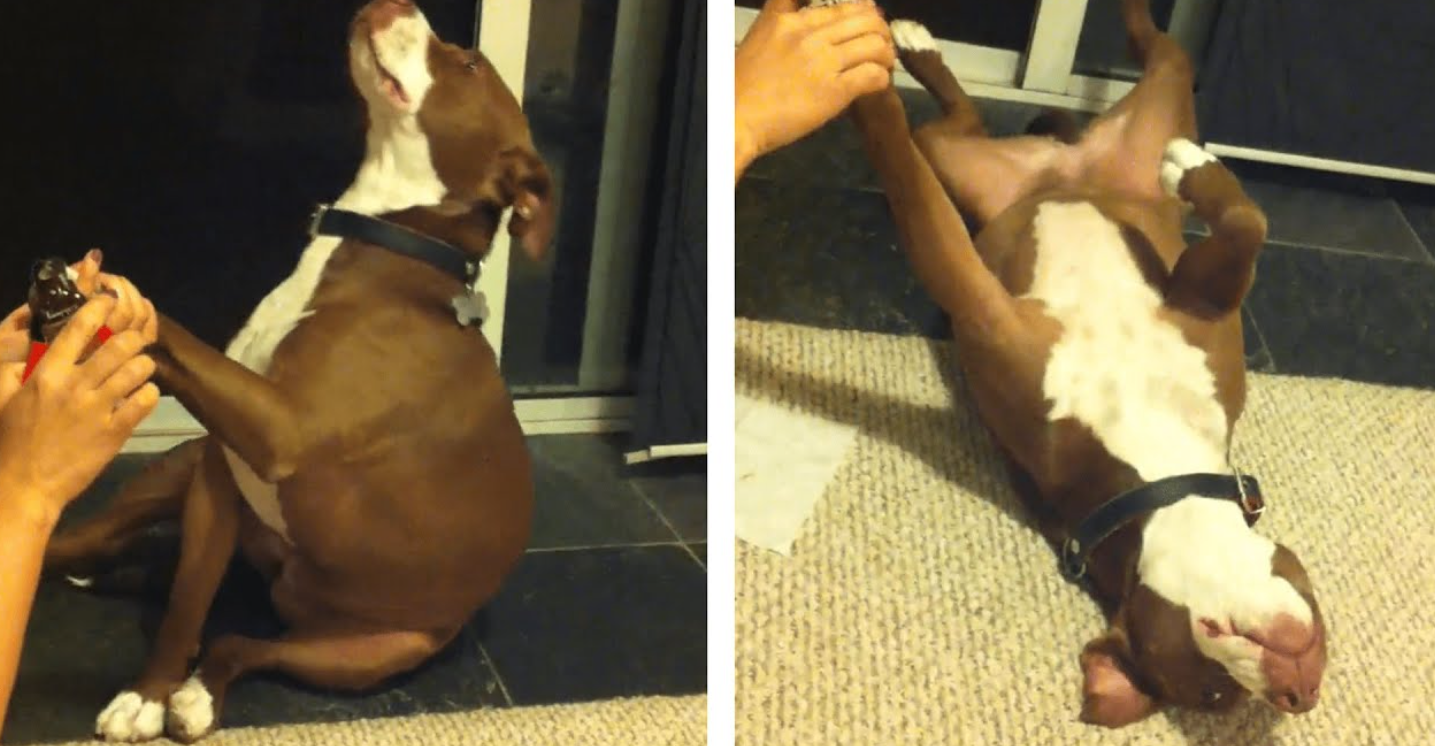 13. The reason why they hate it so much is that after the bath, it looks like their soul just got sucked out of them.

Oof, what happened to that flood. My goodness, I think I finally understand why they hate it so much. Thank god for blow dryers. 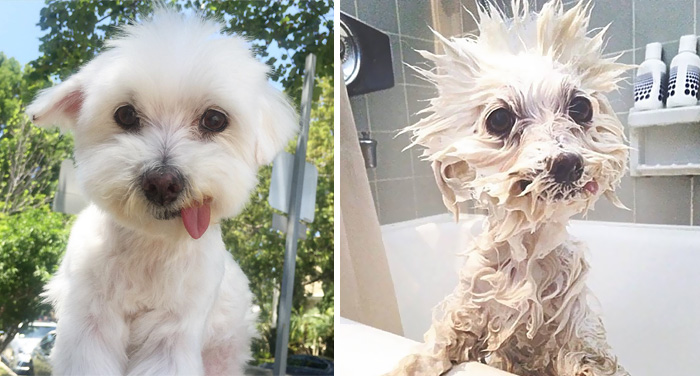 Flop on the floor and pretend you have forgotten you have limbs. 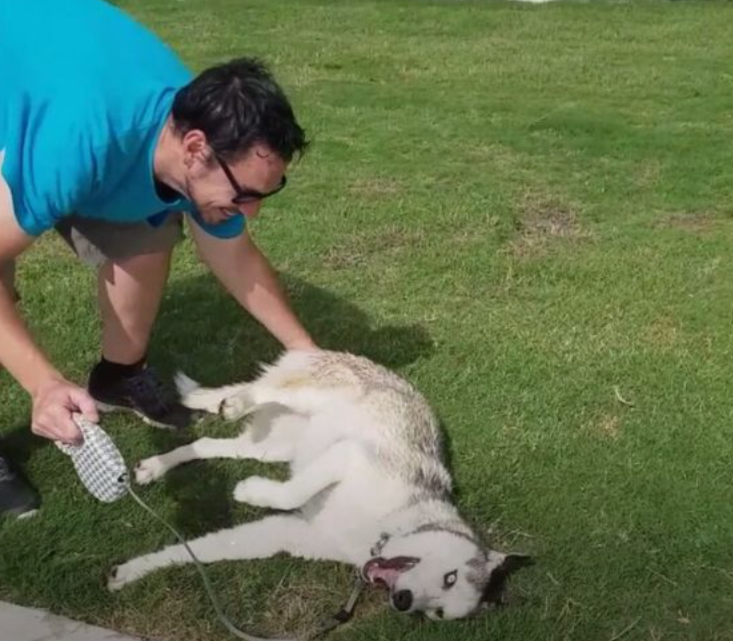 15. Overdramatic dog throwing tantrums because it heard the word “bath” 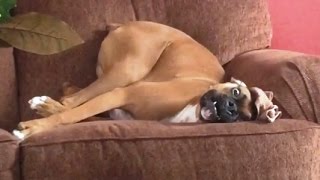 There’s one thing called denial where you refuse to accept something. And then there is straight-up rejection where you understand what is being told to you and you also realize that it is a good, hygienic thing to take a bath, yet your egotistical ass comes in the way. 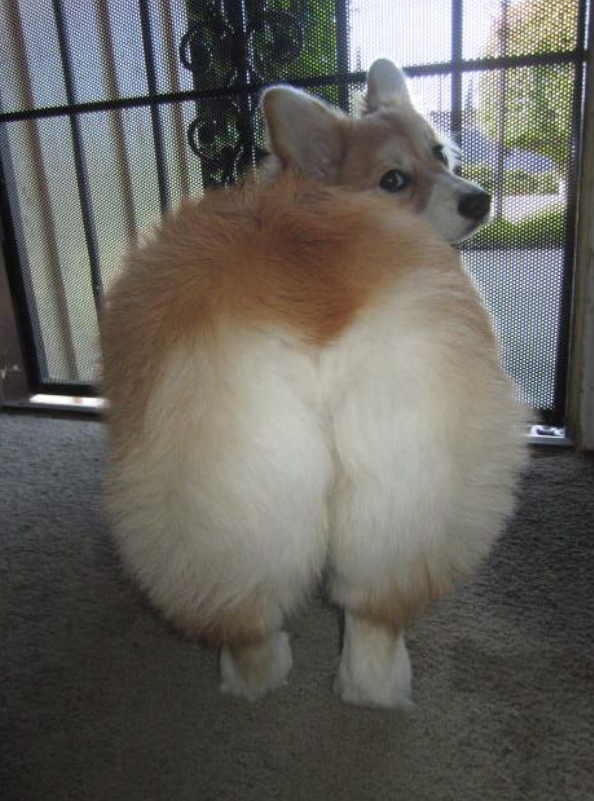 17. Another reason why they hate baths is because they love being stinky.

Boys you need a shower ASAP, no matter what it takes. 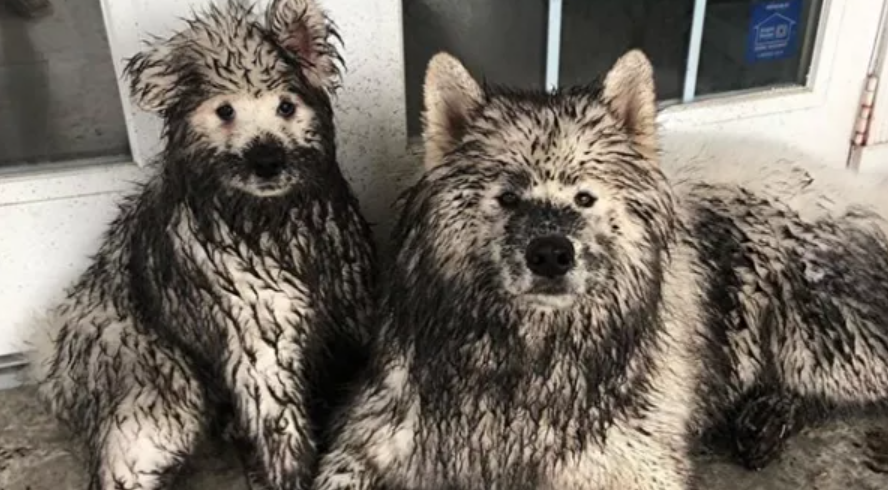 If I were you, I would skip the bath and offer him a nice steak. Yeah, that’s what I would do. 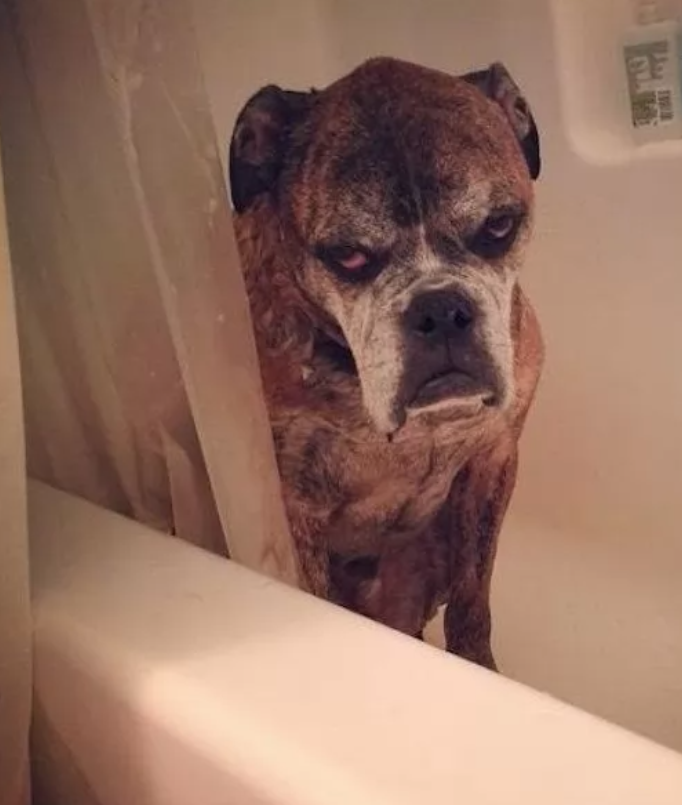 I only hear Woof Woof! 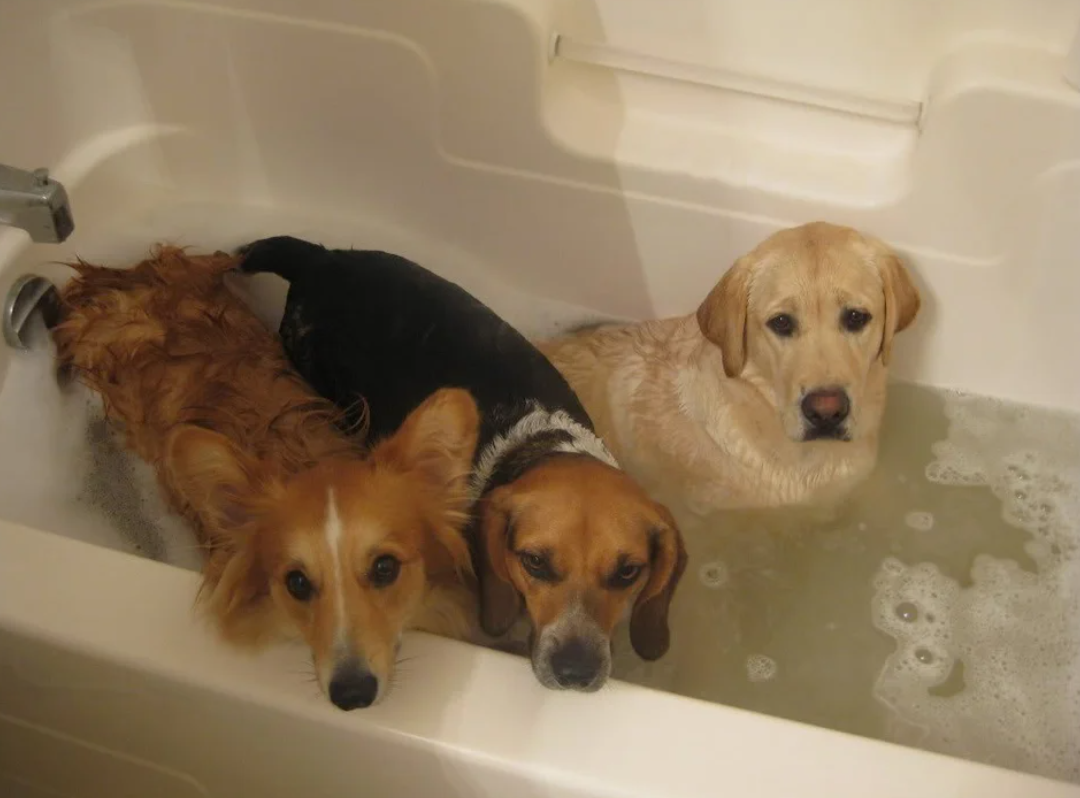 Trivia time! One very rational reason for your dog absolutely loathing baths is because of the sensory experience. Be it a tub, a shower, or a sink, the sense of unsteadiness due to the slippery surface is what makes them really anxious. Which is why they dislike it. Try putting a towel or something that generates friction over the surface where your dog will bathe and watch the magic happen right before your eyes.

Anyways, I really hope you guys found the fun in it. Dogs being dramatic. How could it possibly be unfunny?

And don’t forget to share your thoughts in the comments section down below.