Nobody works for free.

If you know certain people, you might get services for cheap but that doesn’t mean practically for free. However, choosing beggars don’t understand this simple fact. Just because they know the manager or the boss, they think the employee has to listen to them even outside of work no matter what.

You know how most people hated tattle tales in schools? Well, these people are like that but all grown up and even more annoying. It is like they never learned and continue their bratty behavior. And they are definitely not good with the rejection of any sort. You can take a look at just once such an example by scrolling below.

It seems like a normal conversation at first with her asking about their rate for tutoring. 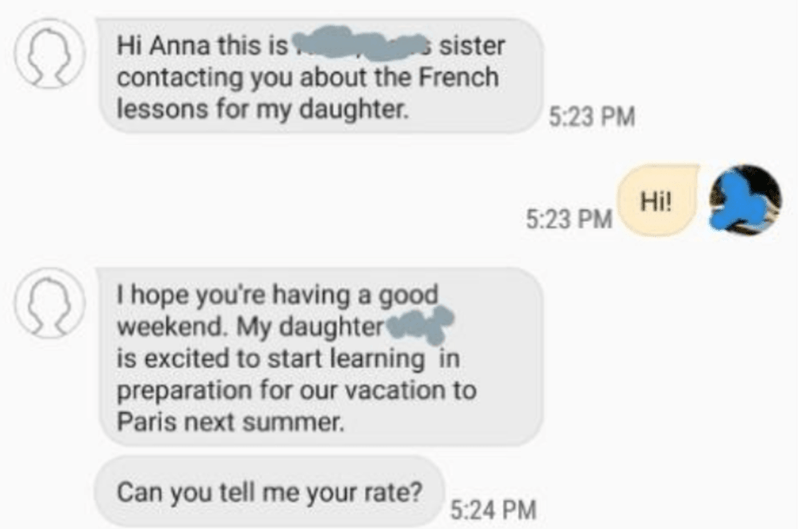 I’ve heard of bargaining but this is just ridiculous. 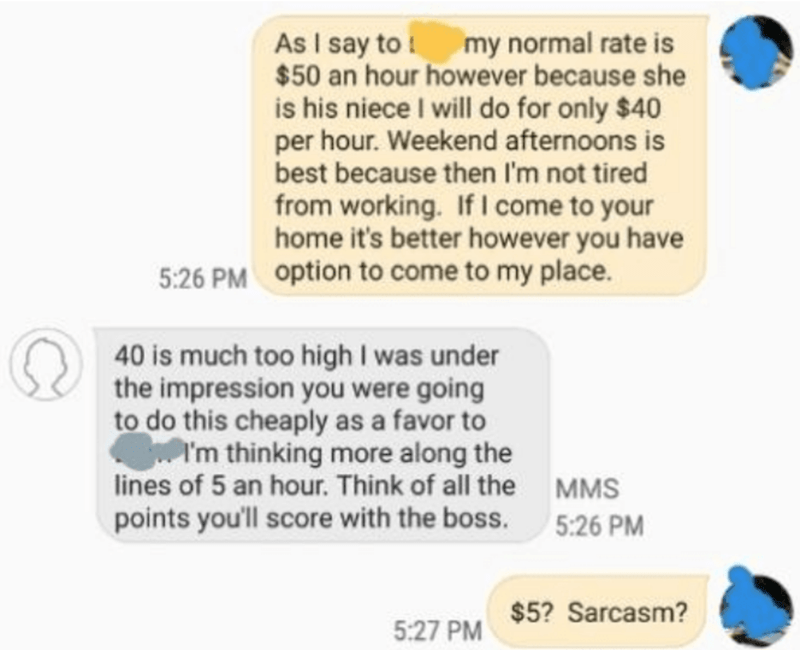 They are even giving her $10 off their usual rate. What more could she want? If she wants it so cheap, there are many online french classes that her daughter can take.

Do you really think a few dollars above 5 would make a difference? 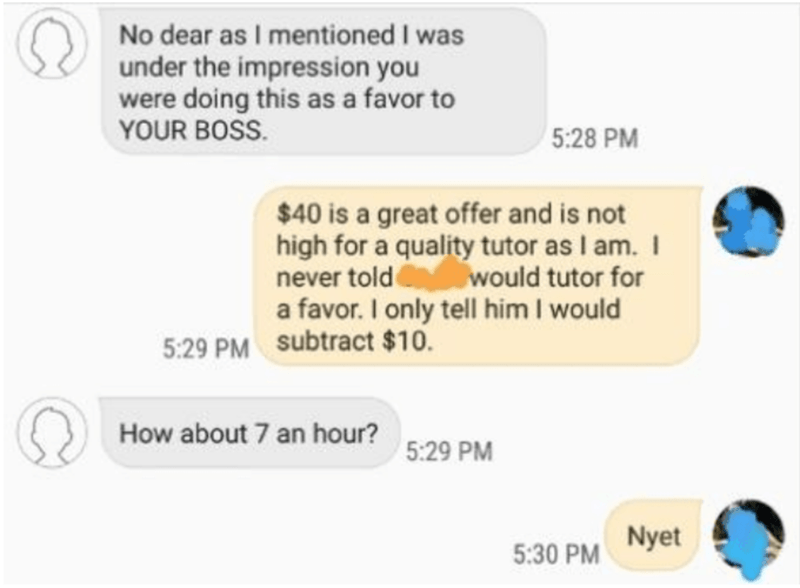 Her logic is truly amazing. So a person has to be native to France to teach French? 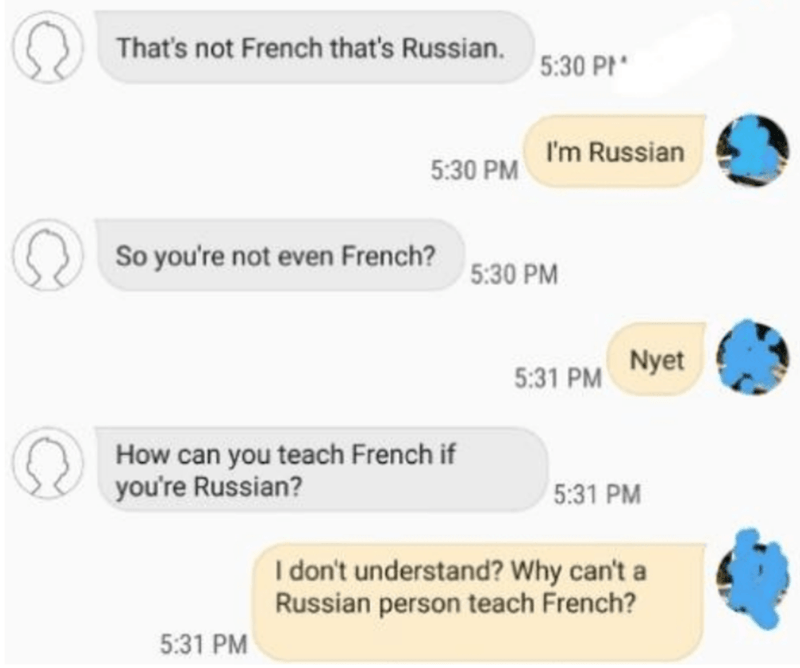 So any language teacher in a learning facility has to be from the country that speaks that particular language? Did she think before she wrote that sentence?

She just wants a dirt-cheap rate and is making excuses because of that. 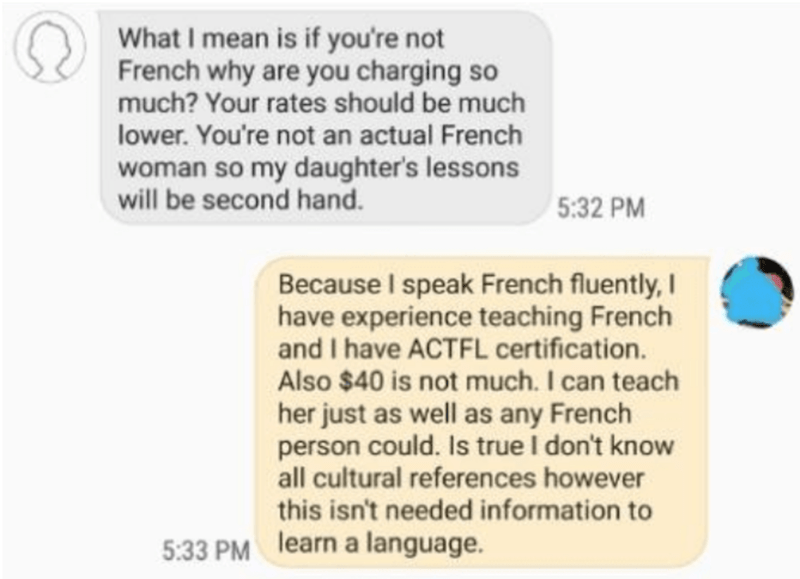 I wasn’t aware, saying no in another language made it more aggressive. 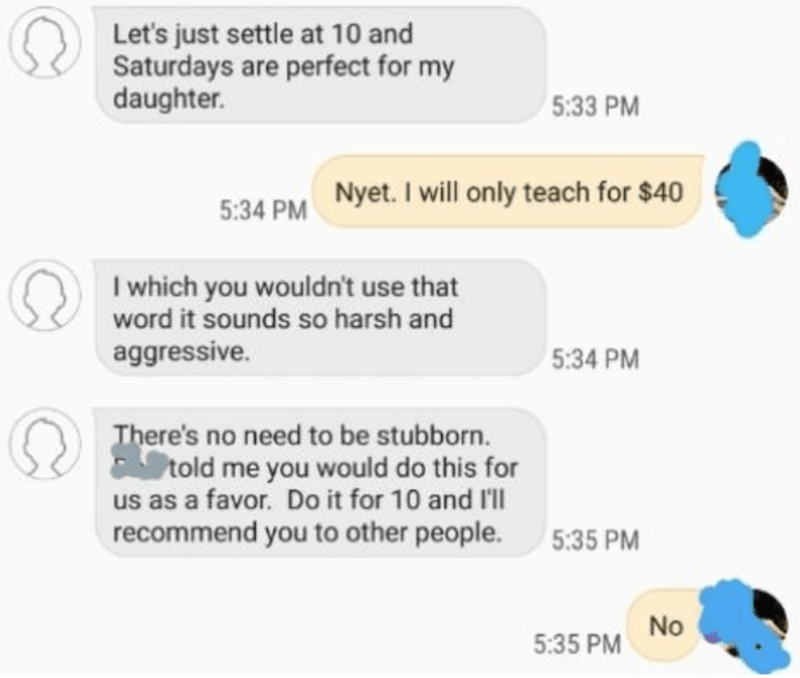 She is the one being unfriendly in this exchange though. 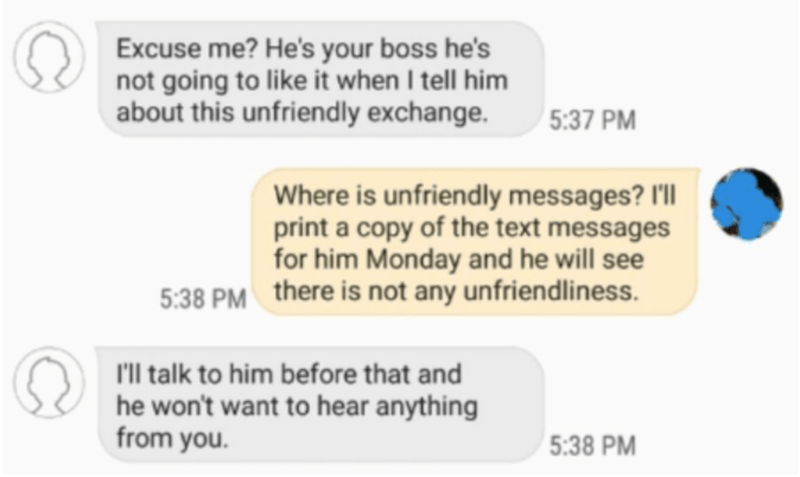 I think everyone has the privilege to treat choosing beggars however they please. 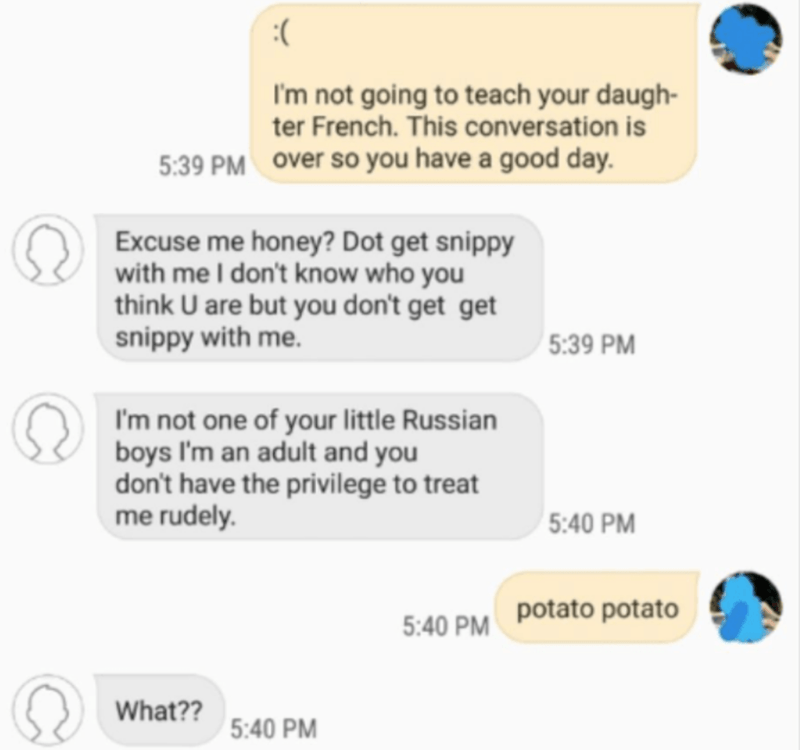 What would you do in this situation? Comment down below and let us know. Don’t forget to share this with your friends as well.