Even babies can be feminist.

The times are changing and some people need to catch up. Children of newer generations are learning to be more tolerant from a young age and it is beautiful to see. From not using gender pronouns to stopping these genders reveal parties, we have come a long way but we have an even longer way to go.

However, that doesn’t mean we can’t celebrate what we have achieved right now. And that is where Loryn Brantz comes in. She has created a few comics aptly named Feminist baby and as you can judge by the name, they are hilarious. From the cute art style to many important things that even us adults need to learn, they come in perfect bite-sized comics.

And you can take a look at some of them by scrolling below.

#1 And that is how it should be in the first place. 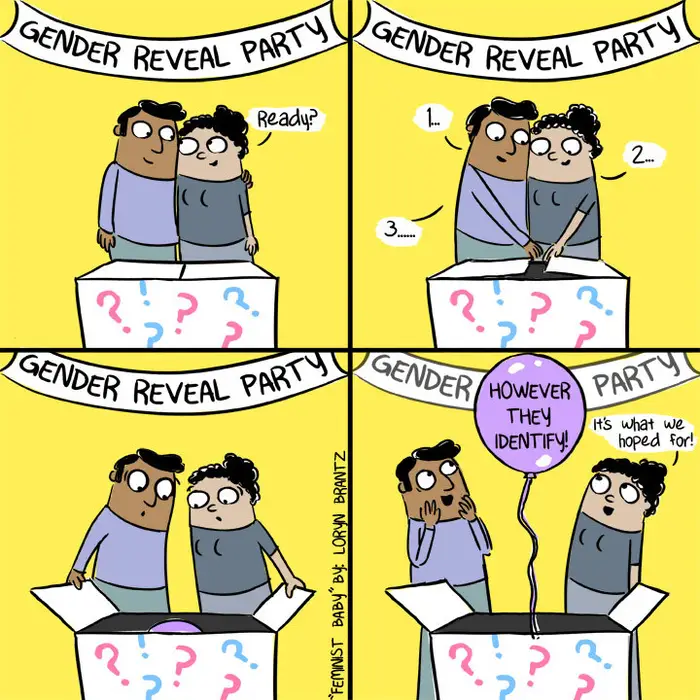 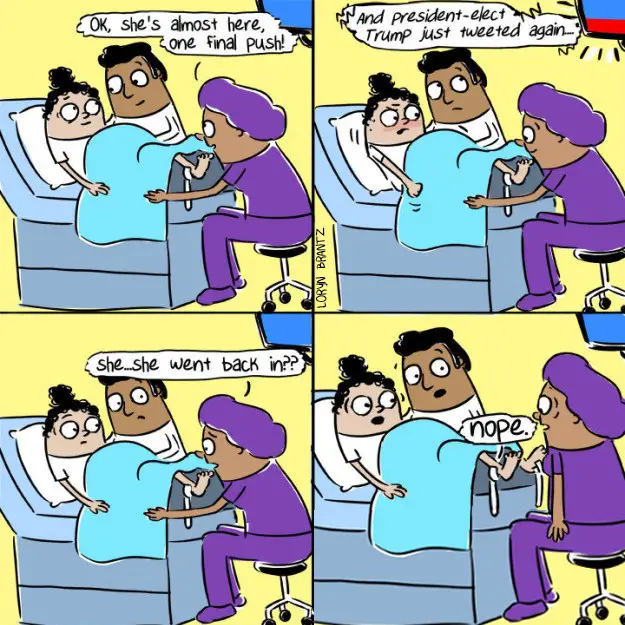 #3 Exactly, beauty isn’t the only thing that matters and neither should it. 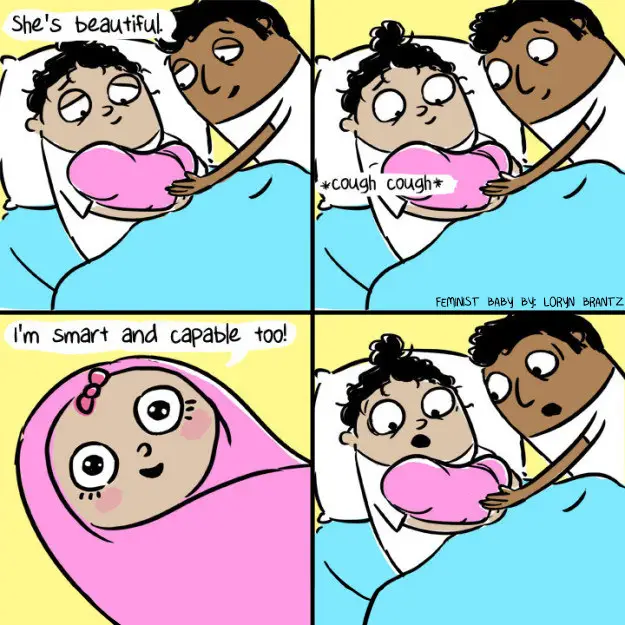 It really is going to be okay if you call a baby girl “beautiful.” I promise that the word used for a newborn will not halt the progression of feminism. -katy

#4 It’s quite close if I say so myself just not what he expected. 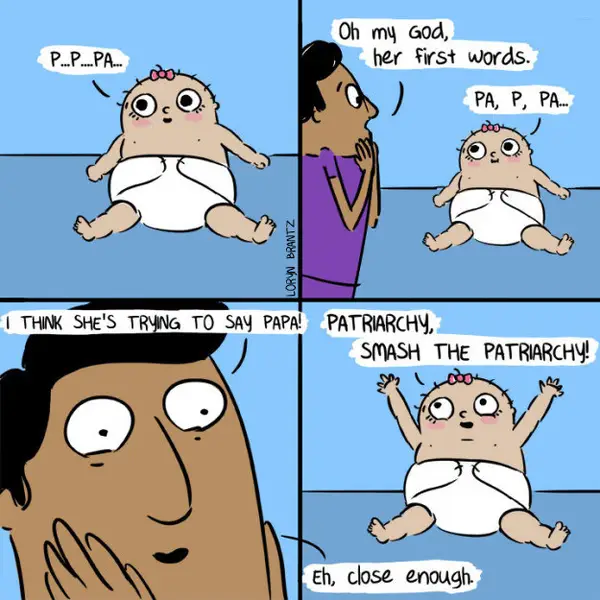 #5 Even her dreams are about smashing people. 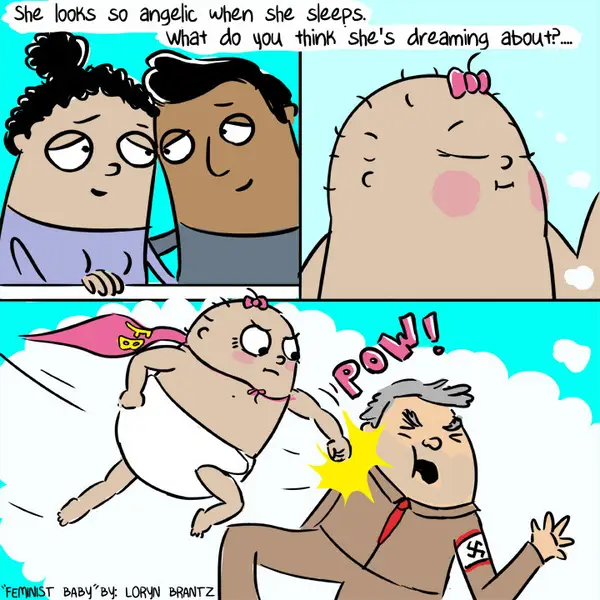 #6 She is very woke and she will keep you two awake all night as well. 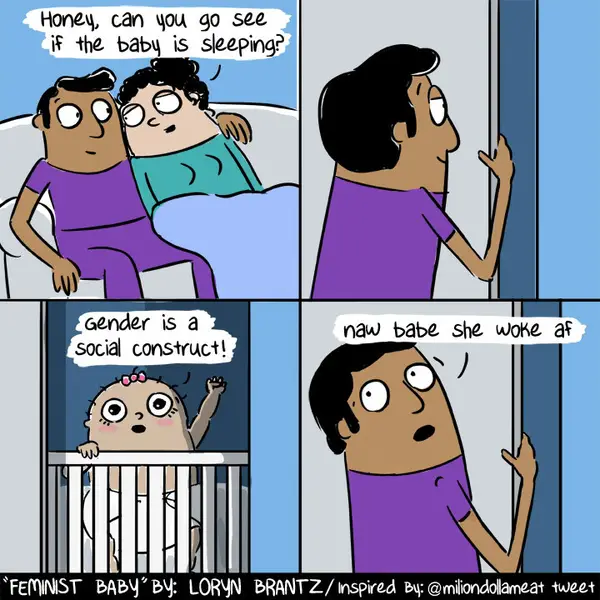 #7 I don’t think Santa Claus can fulfill that wish. 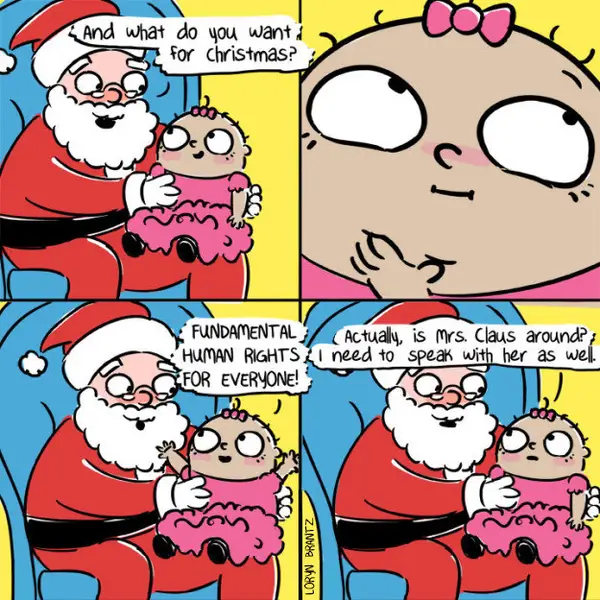 If he could, we wouldn’t be stuck in this mess in the first place.

#8 I didn’t like strangers pinching my cheeks when I was young. If only I could have been so woke. 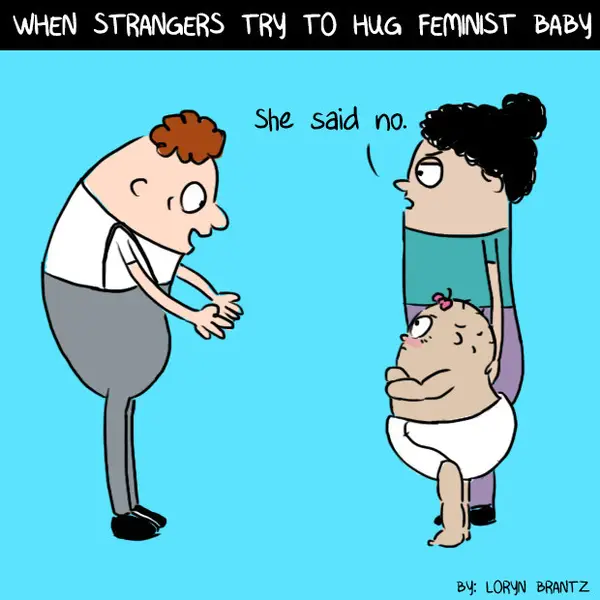 #9 I think every baby should join this movement. They will gain a lot. 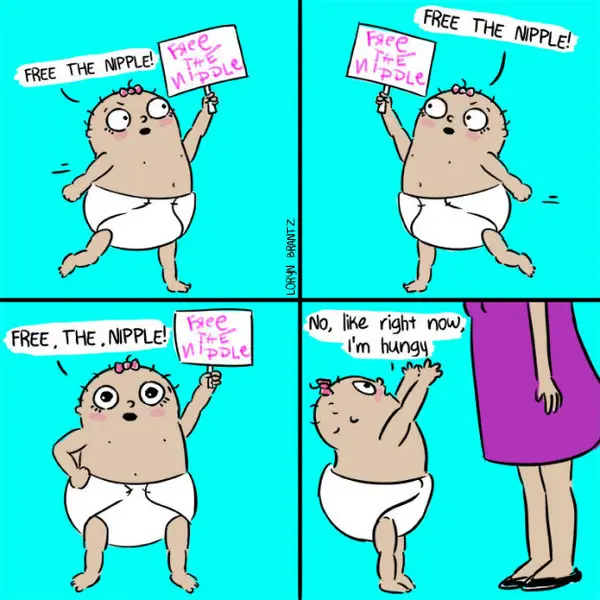 This obviously isn’t the whole comic but I think you know what you are in for now.

Loryn Brantz is the author of the best-selling board book series, Feminist Baby, and a two-time Emmy Award-winning illustrator and design professional. Her client list includes The Jim Henson Company, HarperCollins, Disney-Hyperion, and Facebook. Loryn is currently on staff at BuzzFeed, writing and illustrating about body image and feminism (in addition to other less serious subjects).

She is also the creator of the popular series, Jellybean Comics and The Good Advice Cupcake which has over three million followers total. Loryn lives in New York City with her husband, architect Jake J Brotter. –Website 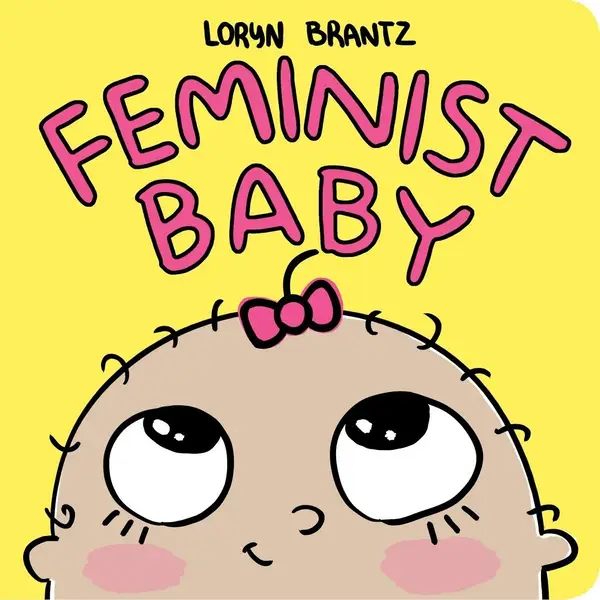 What are your thoughts on feminist baby? Let us know in the comments below.