Here is the opposite of an amusement park.

Amusement parks are obviously for the amusement of not only children but for adults also. I used to beg my parents to take me to theme parks and places like these every month. I am still just as much in love with these parks as an adult. What I find hard to comprehend is that why do these places get abandoned, who stops visiting? Because I am sure there is a child in every adult that never dies, no one hates these places then why do they get closed? The only reason I can think of is that they start visiting even better places than the ones they used to go to as kids.

There is this one specific Flinstones-themed amusement park or should I say used to be an amusement park. Now, this public place is probably a ghost city. It looks eerily haunted and not so amusing or welcoming. Keep scrolling to see the sad reality of growing up when your favorite place to go to as a child gets abandoned… 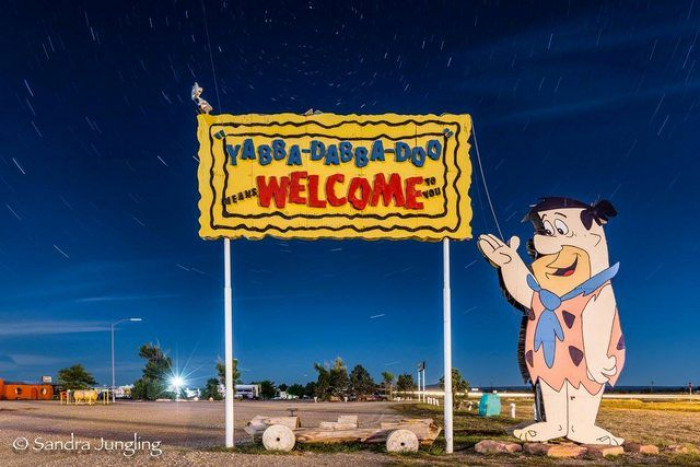 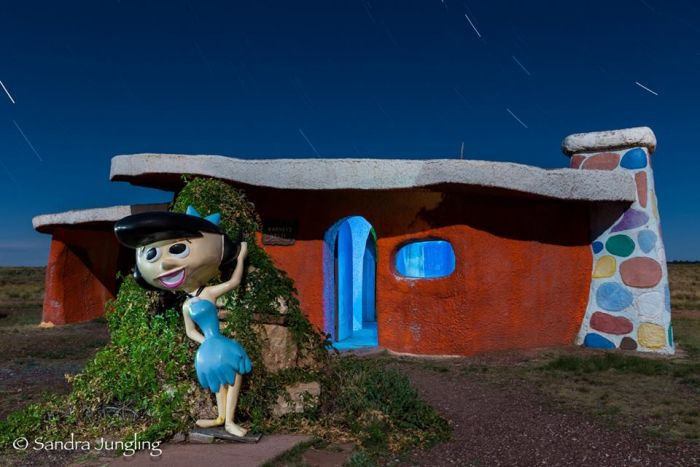 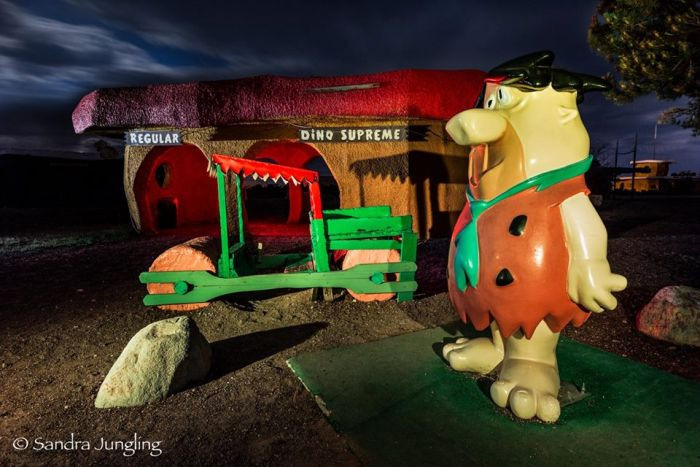 4. That is one scary amusement park. 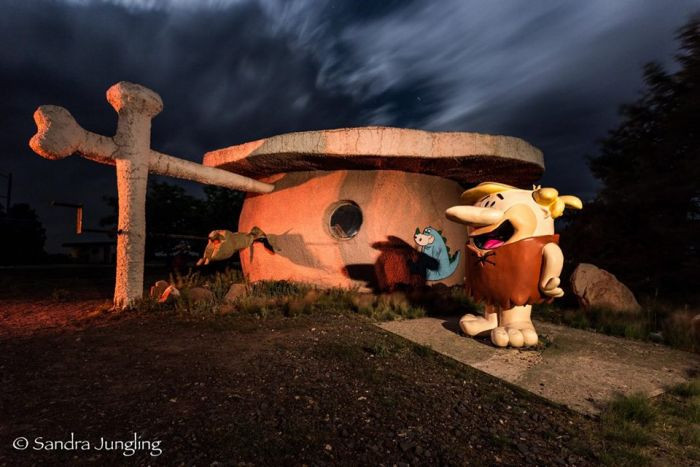 5. Imagine visiting this place at night… 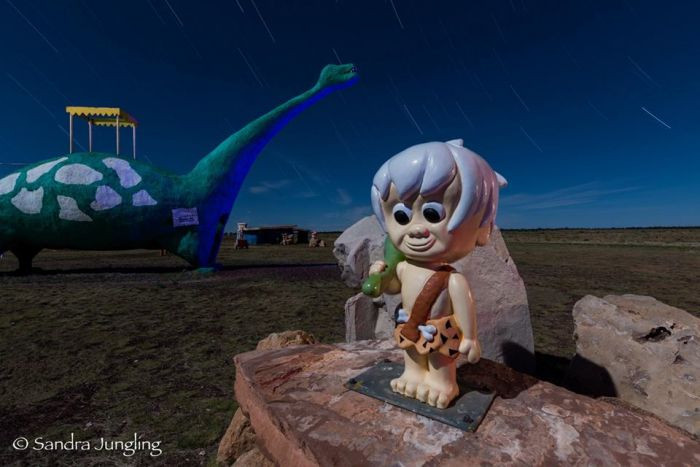 This Flinstones-themed amusement park is known as Bedrock City. It was originally opened in 1972 when the cartoon was very popular amongst children and then it got abandoned in 2015 when the popularity of this cartoon dissipated. It took only half a decade for it to turn dusty and old. People really gave up on this place. Even though I am not a big fan of this cartoon but I still feel bad for this place getting abandoned, if I visited this place even once in my childhood and had good times memories, I would be crying right now. A place that was once every child’s favorite is now scary and looks haunted. This place is so creepy now, you would not even want to walk through it. They really designed it exactly according to the show, it is really like you’re in the cartoon, but it could not last long like other popular amusement parks. It is long gone just like the dinosaurs. Keep scrolling to see more beautiful photography of the forgotten place…

6. This place is not giving me good vibes, guys. 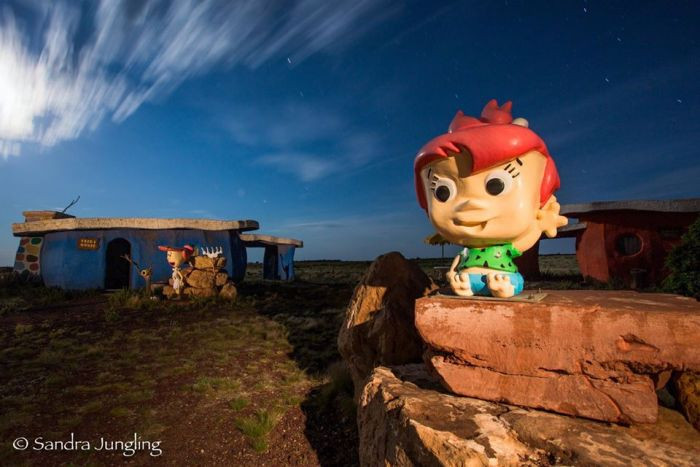 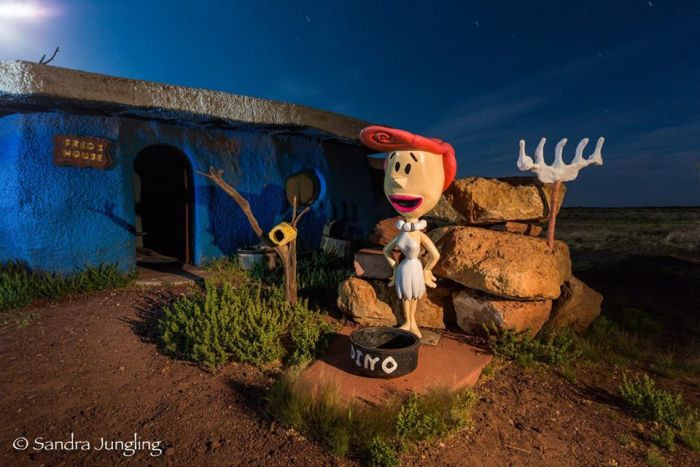 8. Truly, looks like a place from when dinosaurs existed. 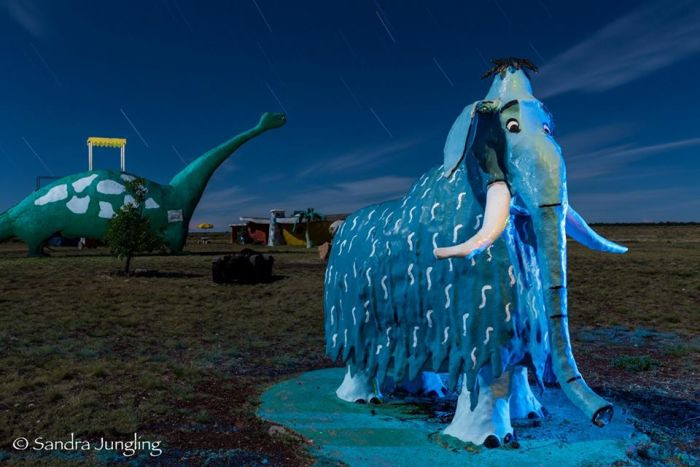 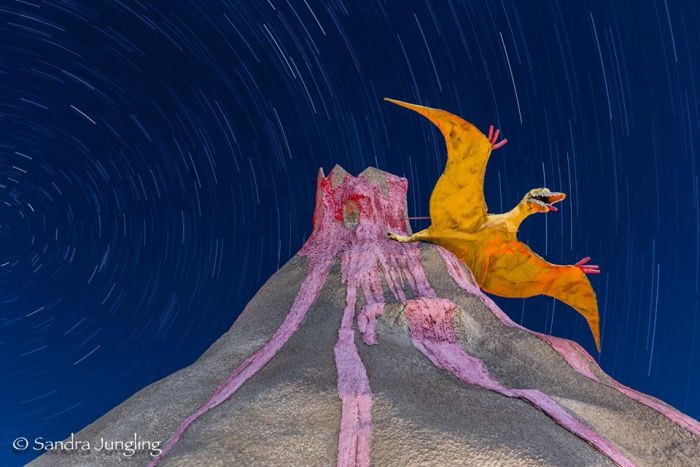 10. Does not look that bad in daylight though. 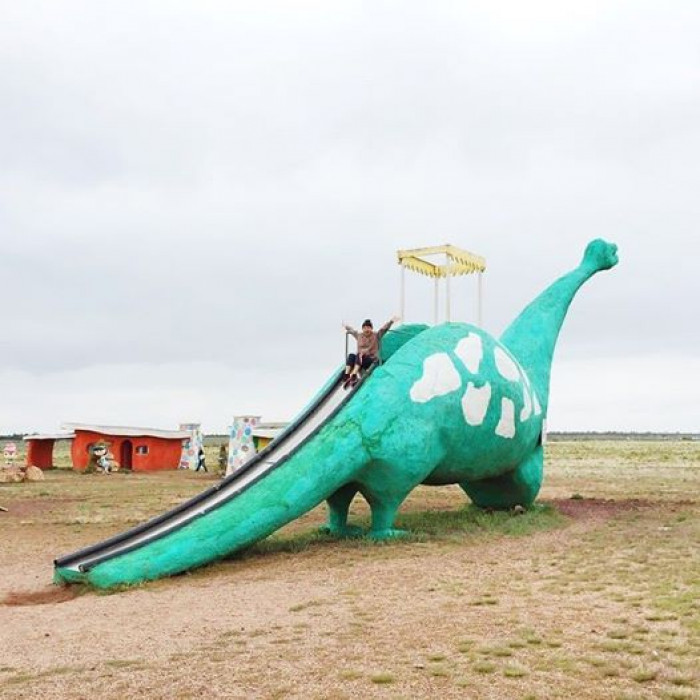 If you loved this place as a child, we do have a piece of good news for you. It might seem abandoned but it is not fully closed. The owner plans on retiring and selling this place. You can still visit this park once again to relive your childhood, it is open all year round except for Christmas. If you are visiting Arizona State, do go to Bedrock city in Grand Canyon. It might be your last chance. This eerily creepy but breathtaking place might give you amusement again. Let us know your thoughts about this place, would you visit it in the comments down below…