The world is home to multiple nations. Over time these nations have been able to blend due to various circumstances. People travel, migrate, immigrate or even go to other parts of the world to find work. It wouldn’t be wrong to say that this global village has given birth to countless ethnicities. Children of parents who come from different races, tend to adopt various physical characteristics from both parents. This is quite an interesting phenomenon. Sometimes genes are in the mood to bless someone with some extra gorgeousness, this happens when the child takes the best genes from both the parents.

The United States is home to World’s most diverse ethnicities. According to various surveys, the rate of interracial marriage has climbed over 10 percent in the states over the past decade. The greatest depiction of US multi-racial society is Hollywood, it is home to countless actors as well as singers who are not natively American. These celebrities however due to their exceptional looks and stunning personalities have made their way to the public’s heart. People have a great interest in the ancestral origins of their admired celebs. We thought of unwinding the ancestral ethnic webs of these celebrities since they own the perfect blend of genes that give them their perfect looks!

Let’s explore where each of the following beauties originated and satisfy our curious souls!

1. The Afro-Asian queen of rap 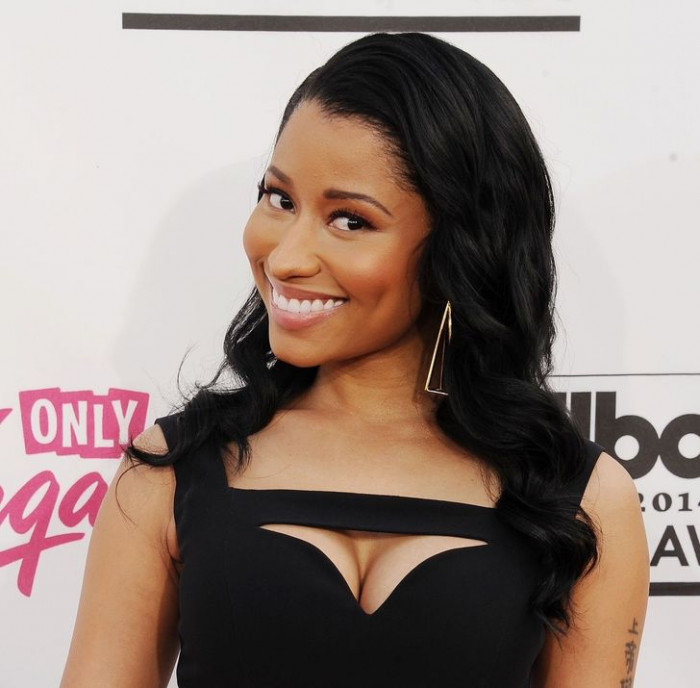 Nikki is a child of Trinidadian parents. However, her father comes from a mixed ethnicity that is of Afro-Indian-Chinese origin. Nikki has perfectly uptaken those almond-shaped eyes from the Chinese genes, her wide bright smile is definitely an African one and her beautiful wheatish skin color comes from the Indian roots.

2. Handsome English man with a tint of a German 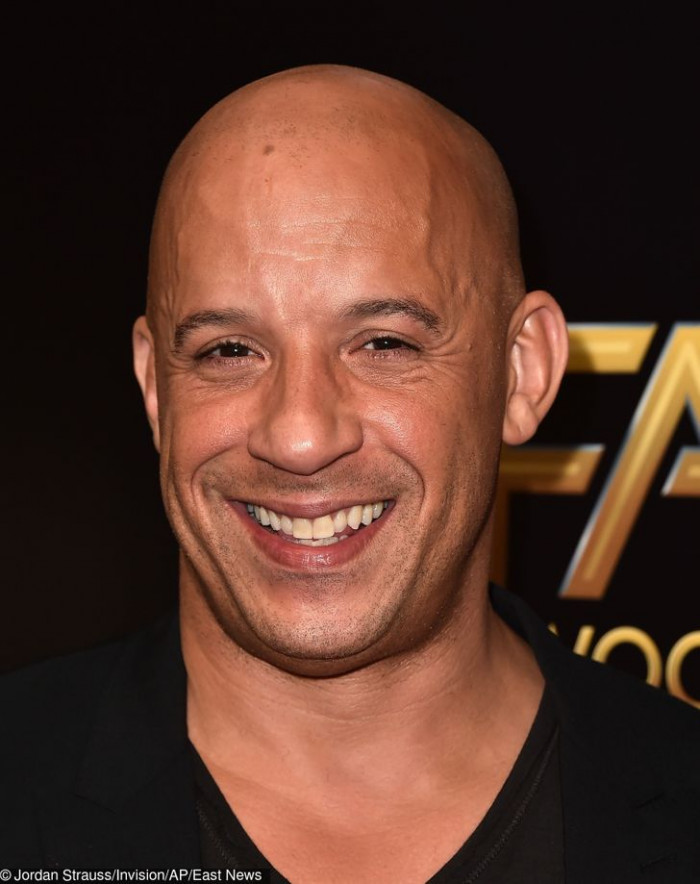 Vin diesel is a diverse actor who has also proved to be an excellent voice-over artist. He is a tough man, his features perfectly matching his physique. Vin states that his roots go down to being half English-German-Scottish from his mother’s side. He furthermore, has to claim to have an ambiguous ethnicity since he has never met his father and hereby is unaware of his ethnic origin.

Do you see the smiling eyes of an English man?

3. The starstudded superstar with Asian cuts, also known for her appearance in the High School Musical 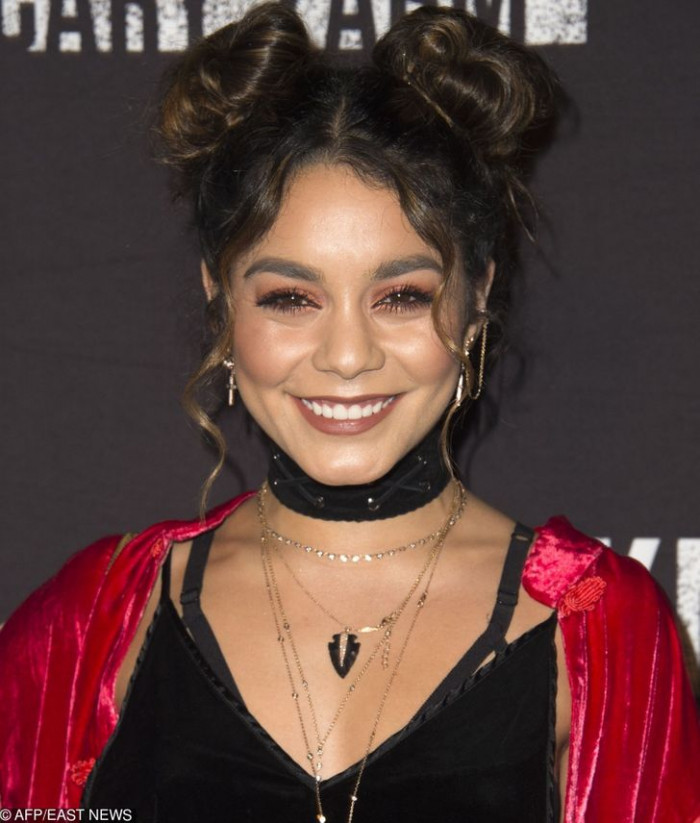 The Filipino face cuts and features are quite dominant! Venessa’s mother is primarily of Filipino origin, however, her parents have also known to have ancestry from Chinese, Spanish, and Irish roots.

4. She was literally born to be a thriller driven actress, Emily from the ‘Pretty little liars’ 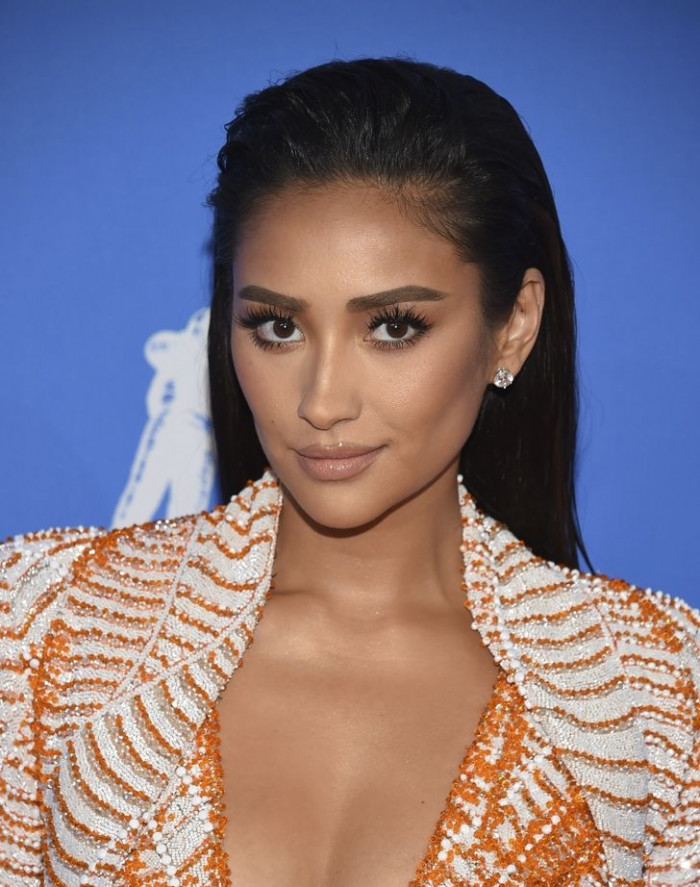 Shay comes of Filipino descent and the genes say it all. Her native and fluent accent however depicts the Scottish-Irish roots that she has taken from her Father.

5. The golden age singer, known to have made 90’s kids’ childhood so much better 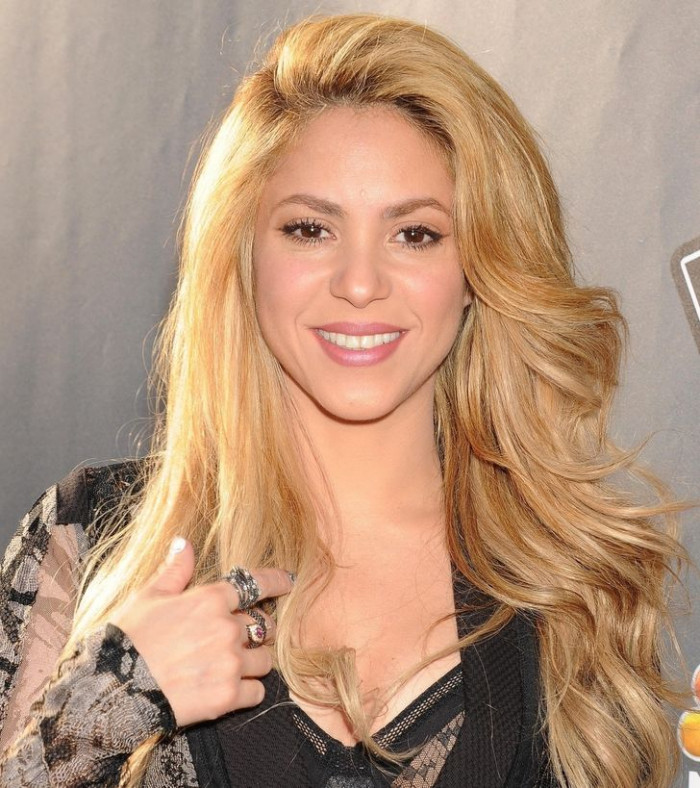 Shakira, of course! Her maternal ancestry comes from native Columbia which is quite clear of how she appears to be. Her father comes from Lebanon, and Shakira’s name is of Arabic origin. The Columbian beauty perfectly blends with her sharp Arabic features. She surely took the best genes from both her parents! 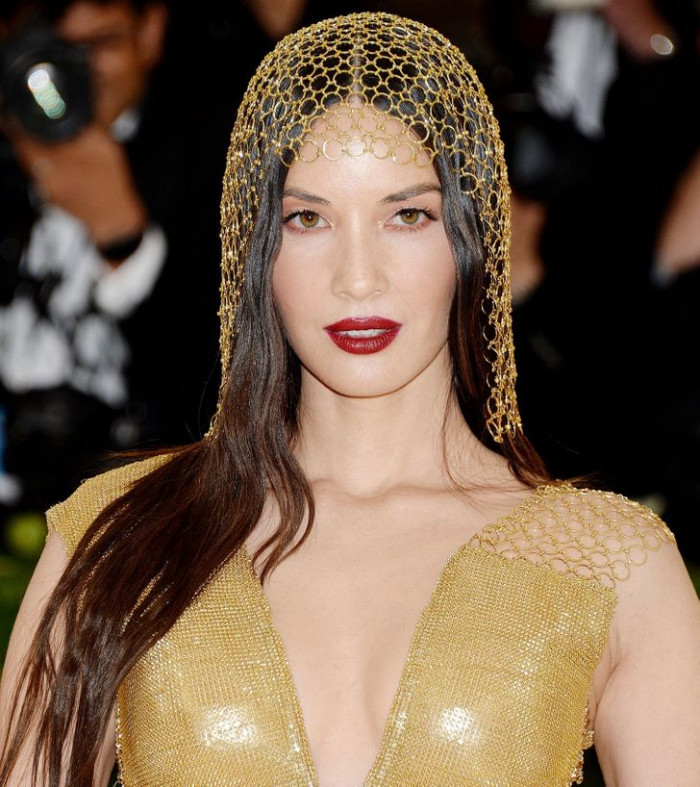 The gorgeous Olivia Munn has that characteristic Vietnamese look, she adopted these traits from her Chinese-Vietnamese mother. Her father is known to have German-English roots. 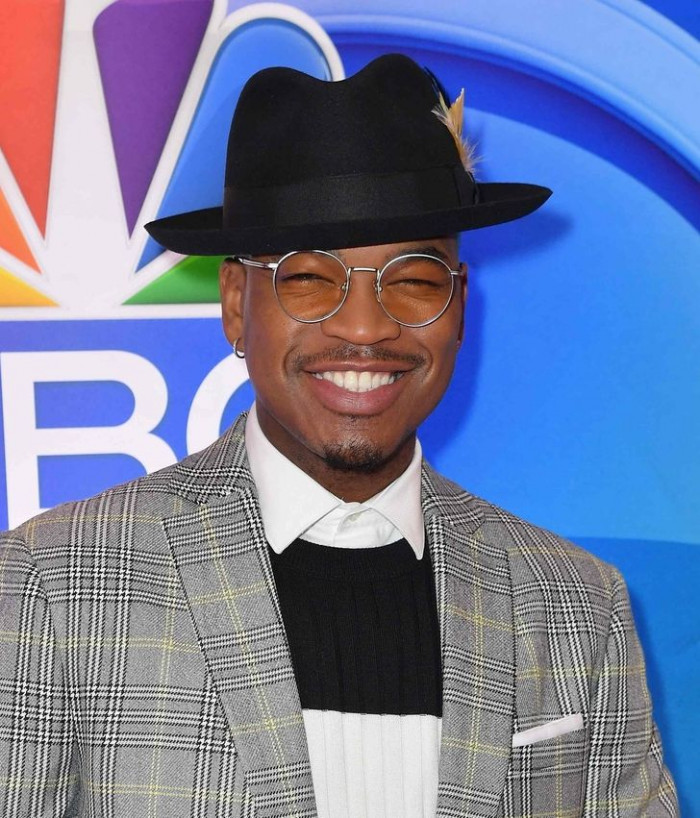 Ne-yo an American singer and songwriter, comes from Chinese-African racial blend. The eyes don’t lie about the ancestral origin at all! 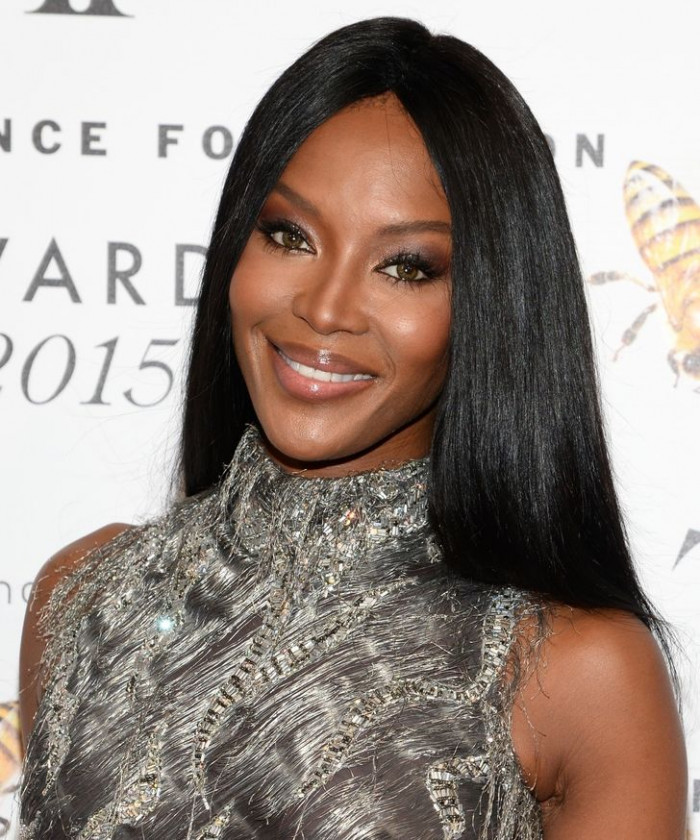 Naomi Campbell, as her name says has deep Jamaican roots. This African beauty also has a Chinese ancestral background.

9. The dutchess of Sussex 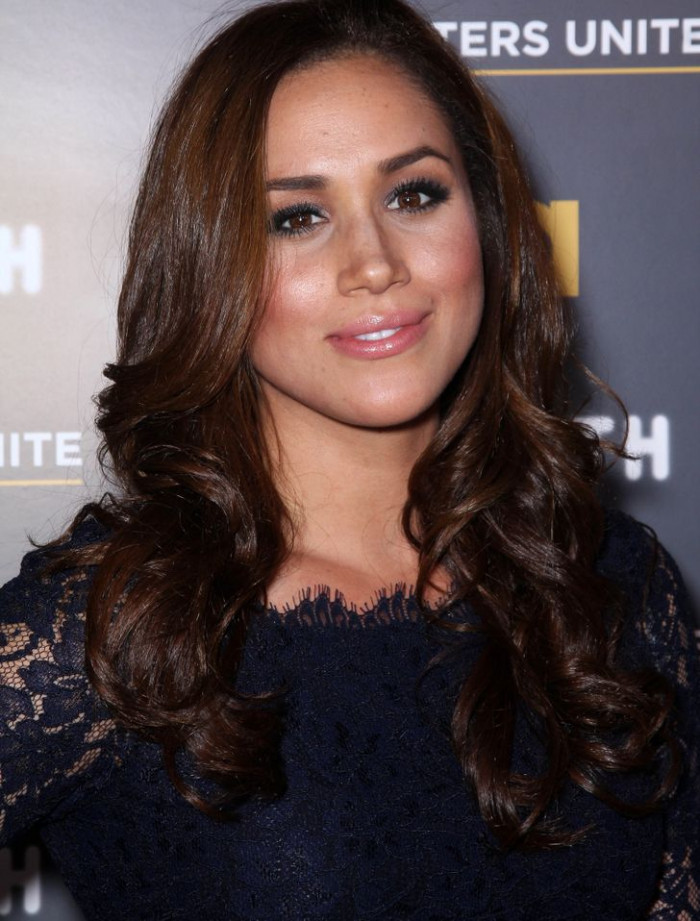 You guessed it right, the Suits superstar Meghan Markel has an Afro-American mother and her father comes from German-French roots.

10. Saturday-night live, an excellent comedian and a singer too! 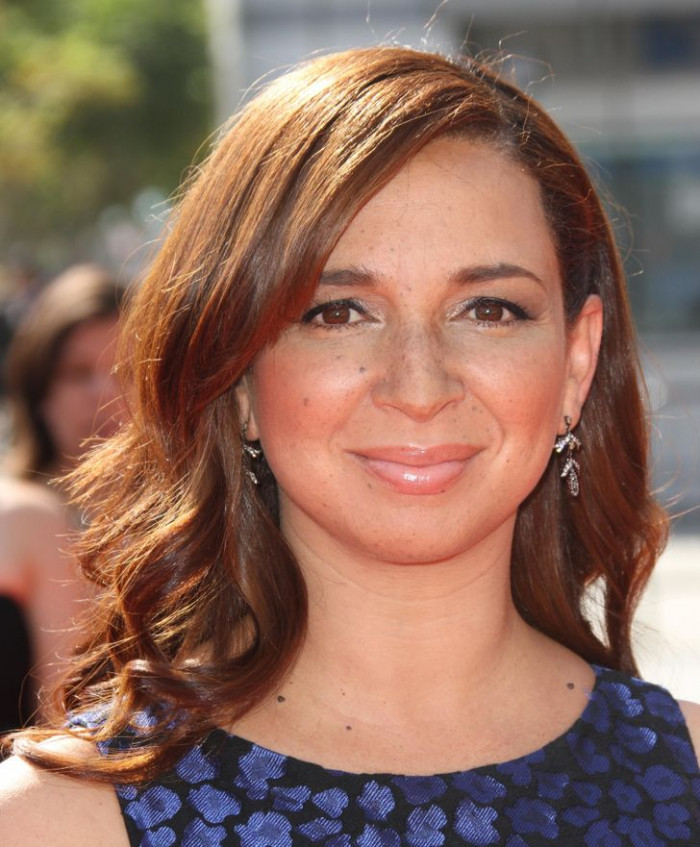 Maya Rudolph comes from parents who have quite different ethnicities. Her mother is an African-American whereas her father comes from an Ashkenazi Jewish background

11. The famous singer is known for her melismatic singing, made her appearance in ‘all I want for Christmas is you’ 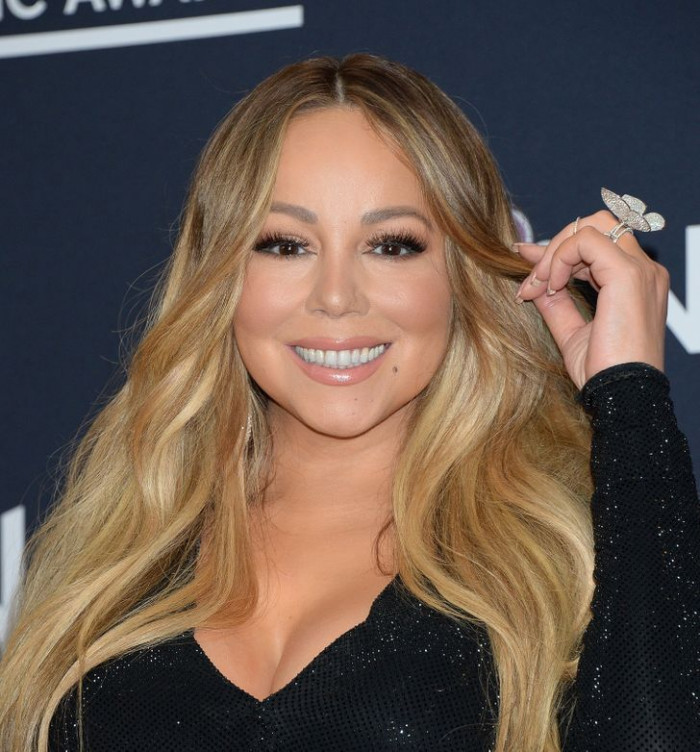 The South-American beauty is pretty dominant, yes it’s Mariah Carey! She comes of Venezuelan and Irish descent. Her mother was an Irish opera singer. She has majorly pursued her career as a songwriter and a singer but she is also an actress. 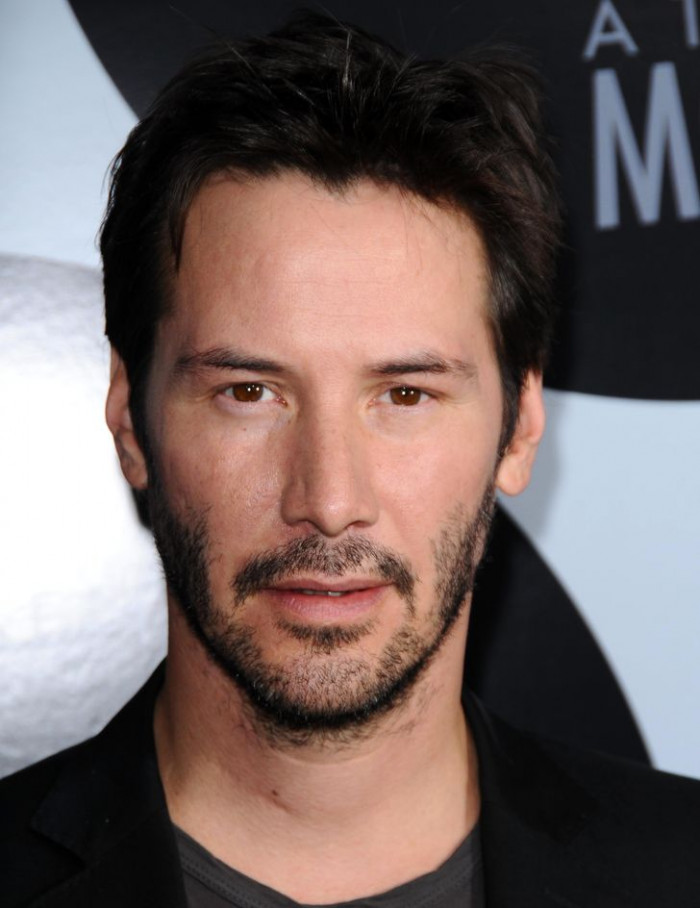 John Wick’s lead character Keanu Reeves has a blend of multiple ancestral backgrounds, however, the paternal Chinese genes are pretty dominant! He has Irish, Portuguese, English, and Native Hawaiian genes 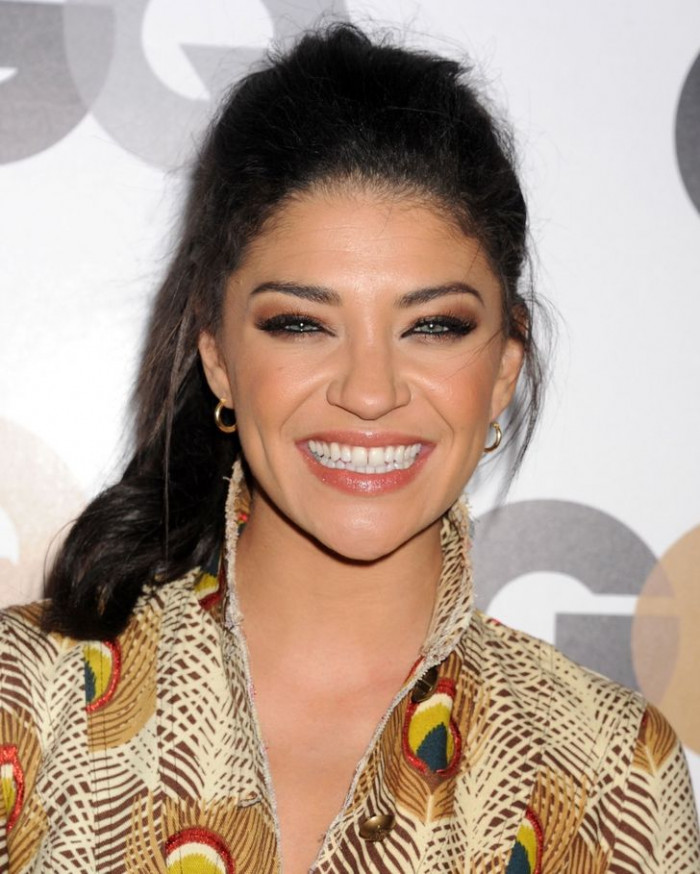 Jessica Szohr is popular for her appearance in the Gossip Girl, has Hungarian and African-American roots 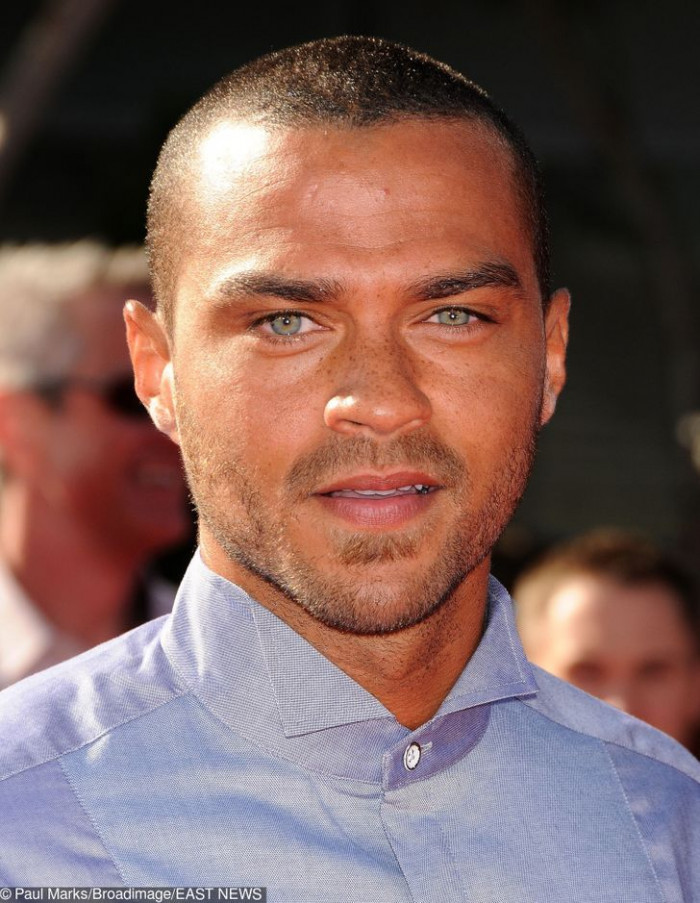 Yes, it’s Jesse Williams next! Jesse has that Afro-American touch since his father basically comes from Georgia, his mother is a Swedish American. He gets those oceanic eyes from his mother.

A man who rules a million hearts, not just because of his looks but for his awesome personality too! Dwayne Johnson is half Scottish with a touch of Irish genes too, his mother however is Samoan.

16. Made in the USA superstar 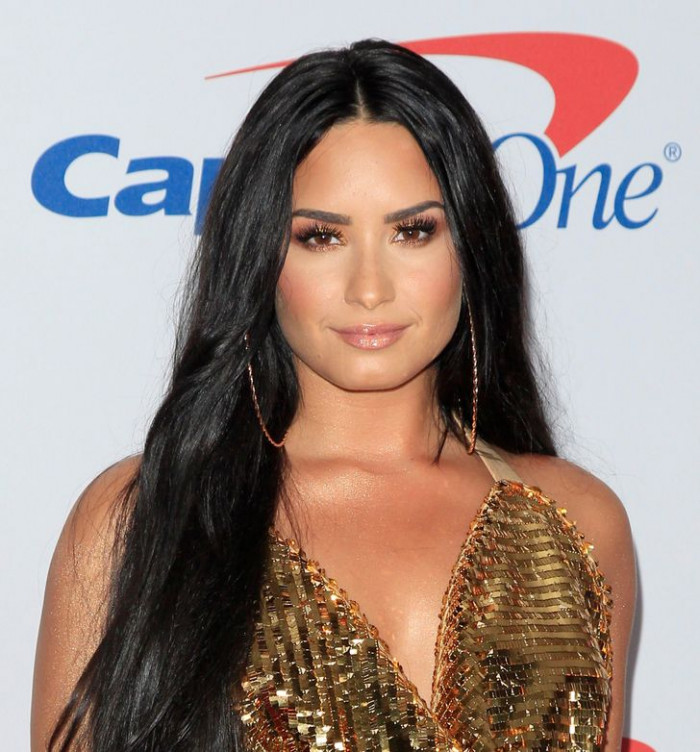 Demi takes down the world with her enchanting voice and those beautiful Mexican genes. Demi Lovato’s father is a Mexican and her mother has Irish ethnic background 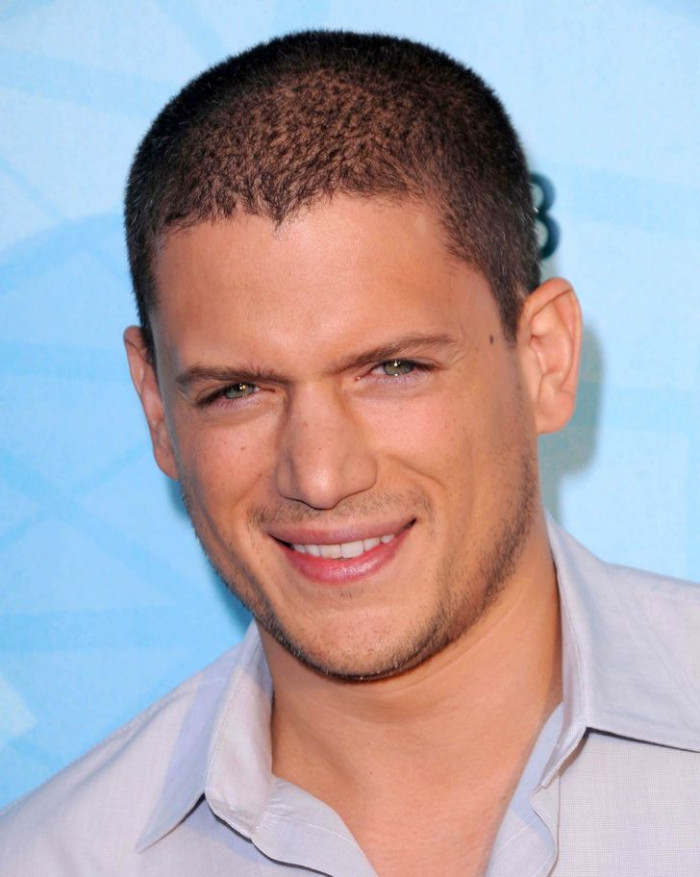 He has half of the world’s ethnicities, not even kidding! Perhaps those fine looks required the perfect blend of dutch, Syrian, Russian, Jamaican, Swedish, French, and finally some English genes too.

18. The most charming singer in the Hollywood 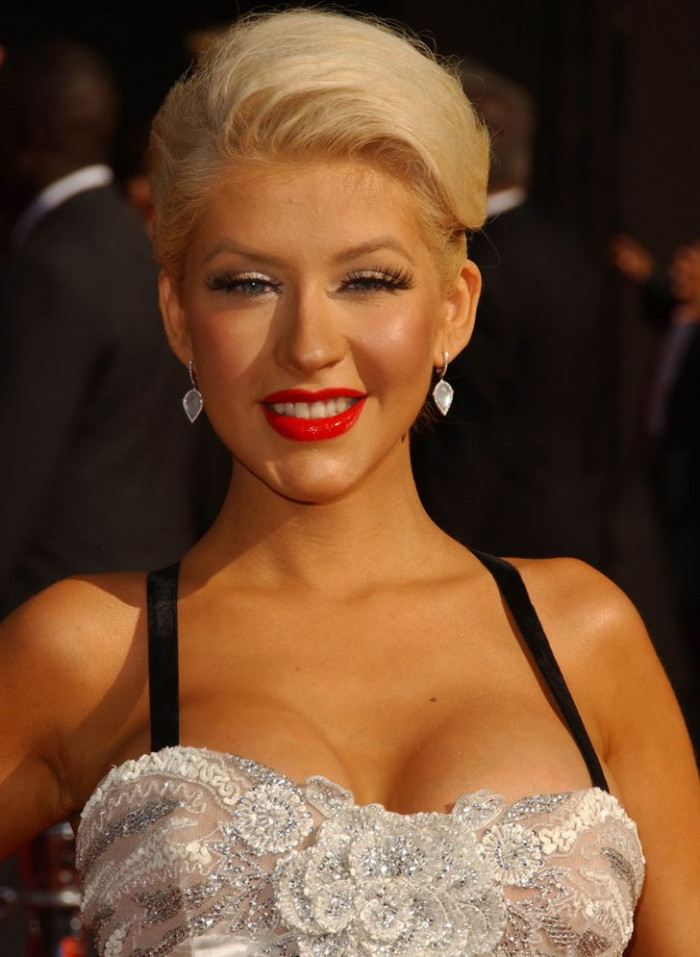 Christina Aguilera is an absolute beauty queen whose genetics finds their way from Ecuador ethnicity on the paternal side and Welsh, Dutch, Scottish as well as German ethnicity from the maternal side.

19. A gem to whom the Hollywood seriously owes to 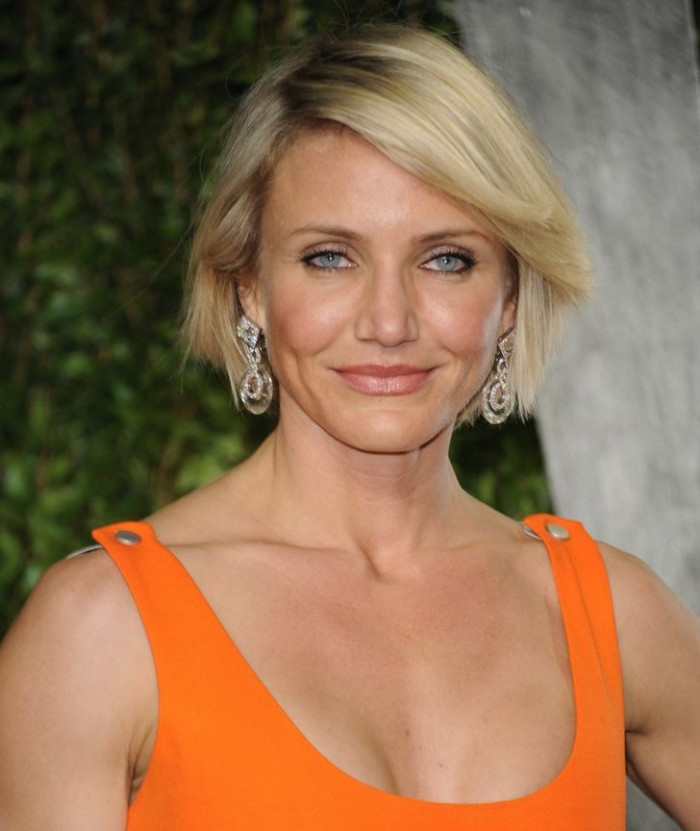 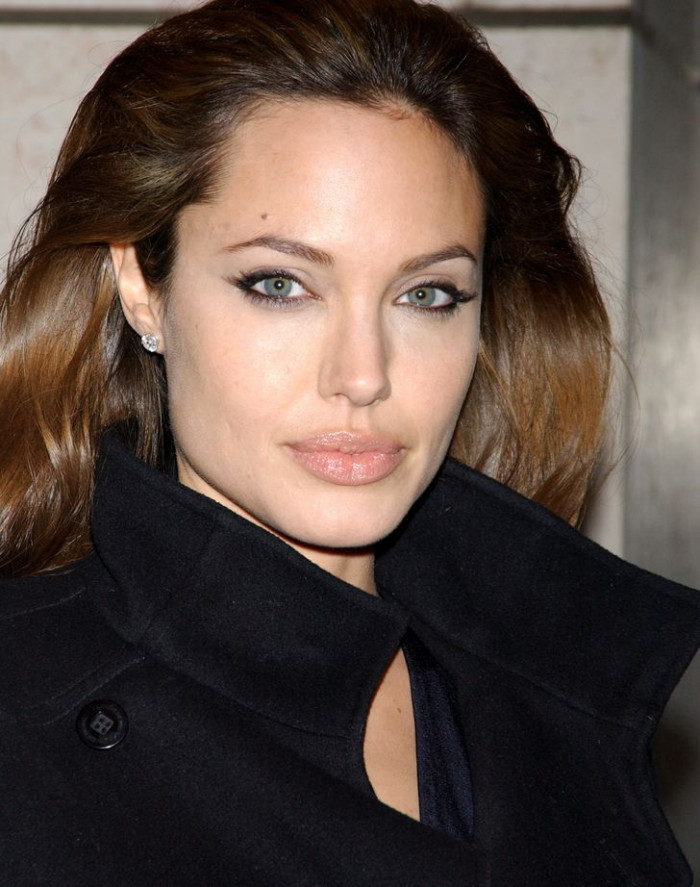 Angelina Jolie, the ever-young beauty gets her ‘never-growing-old’ genes from a blend of Slovak-German and French-Canadian ancestry. I mean has anybody been able to match her beauty? 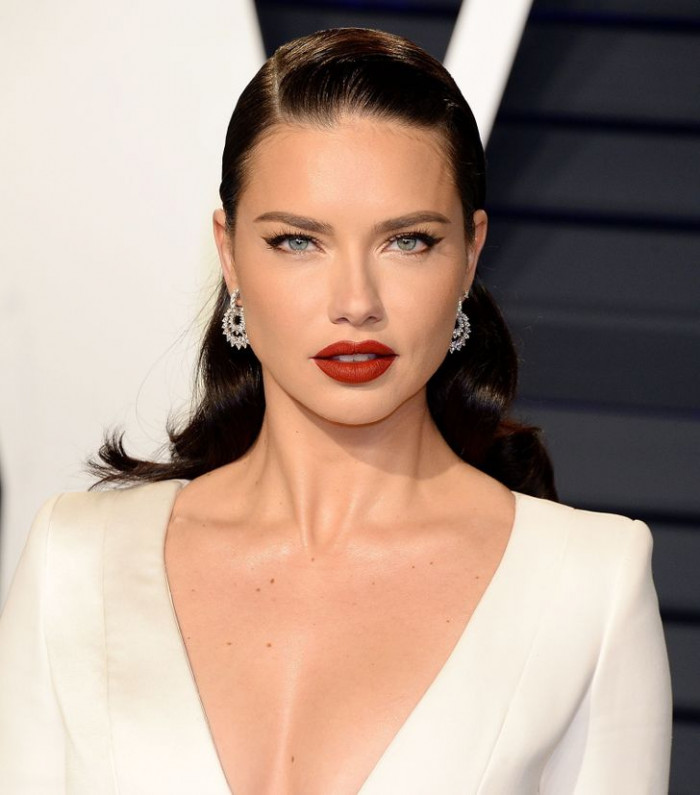 Adriana Lima, thanks to her Brazillian genes for those un-matchable looks and heavenly beauty. Her ethnic background also includes Swiss, Portuguese, and West-Indian ethnicities.

Is your genetic blend a mix of multiple ethnicities too? What special trait do you think you got from each nationality, do let us know in the comment section below!