Parents should accept their children no matter what.

And that includes differences in religion, sexuality, or any sort of idealogy. Many parents have to learn that their kids are not a carbon copy of themselves and that they need space to grow up and realize who they are as a person by themselves. It is not fair to put your own expectations on your children. However, many parents do just that.

And it becomes even muddier when things like sexuality come into play. We already know how many people in the LGBTQ+ are already not accepted by their parents. But it becomes even harder when they refuse to even say the right pronouns or the right name. This is much more prevalent with non binary and transgender people.

The following is one such story.

You can tell by the title that the father isn’t wrong. 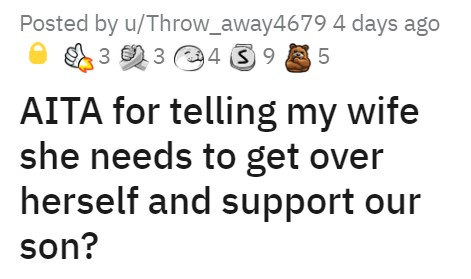 Calling someone’s life a phase is never a good idea. 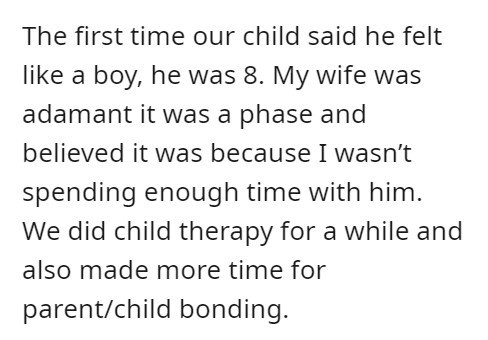 No phase lasts for 10 years and the mother should have accepted this by now. 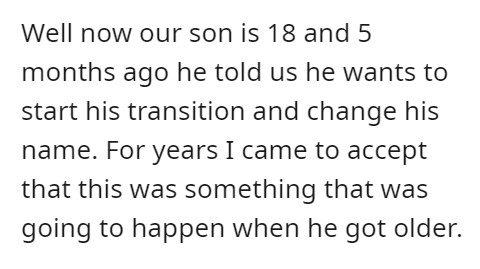 While I can’t understand what the parents are dealing with, it is not fair for their son. 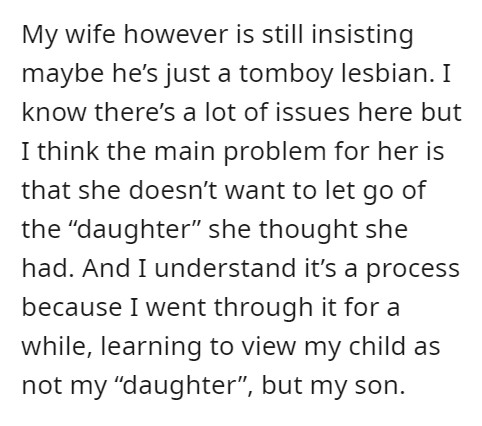 This has been happening for years, not months or days. 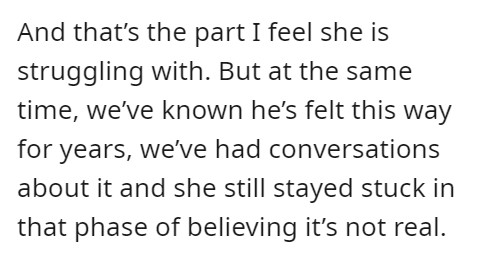 She clearly only cares about how this is affecting her and not her son. 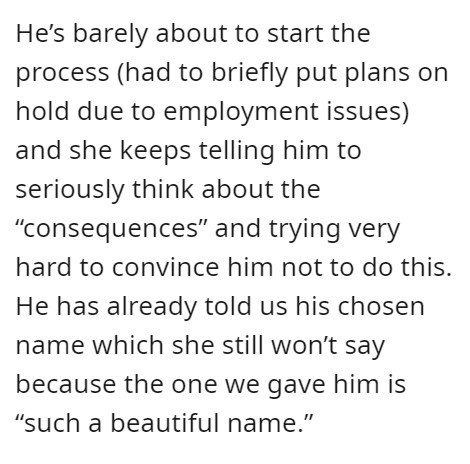 She is acting like her child is dying when that is in fact not the case. 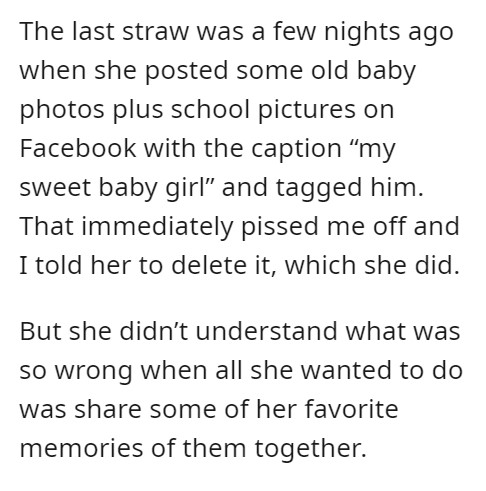 I think that is the right thing to say to this sort of a person. 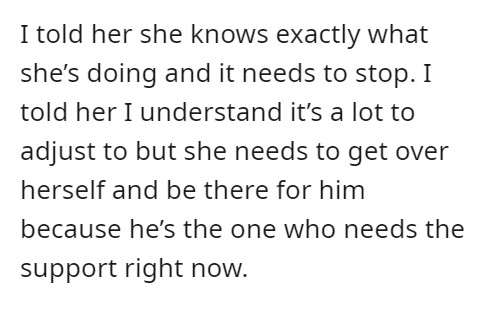 Mourning her child? But her child is alive and well and needs her support! 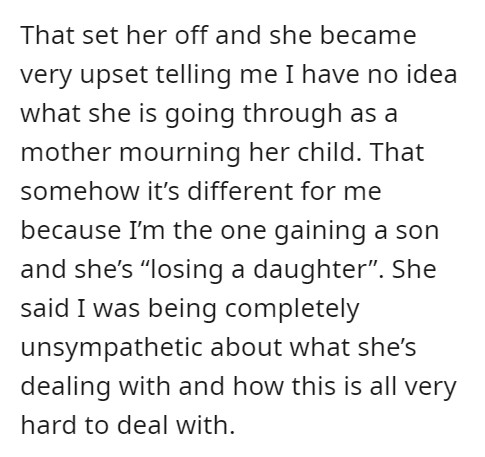 She clearly doesn’t see anything wrong with her own behavior. 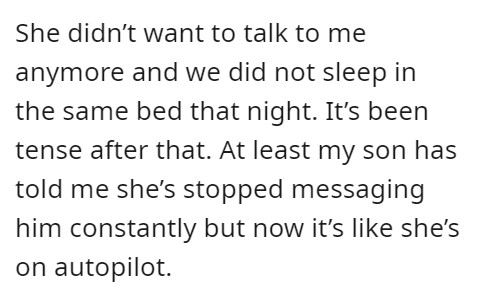 NTA you sound like a great dad who accepts your child for who he is, your wife however is in denial and is alienating your son which will at some point do irreparable damage to their relationship.

As far as a mother has a stronger bond with their child than a father, that’s a cop-out. I’m a mum and my husband and I both have a strong bond with our daughter. –x_smurfy_x

The father is not wrong for being tired of explaining the same thing again and again. 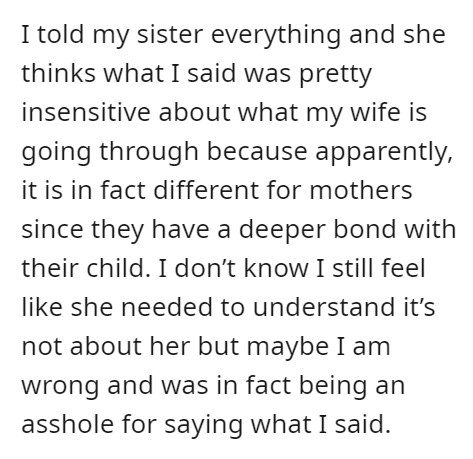 Simply put, he is not the a**hole.

Exactly or her son might not want her in his life for long. 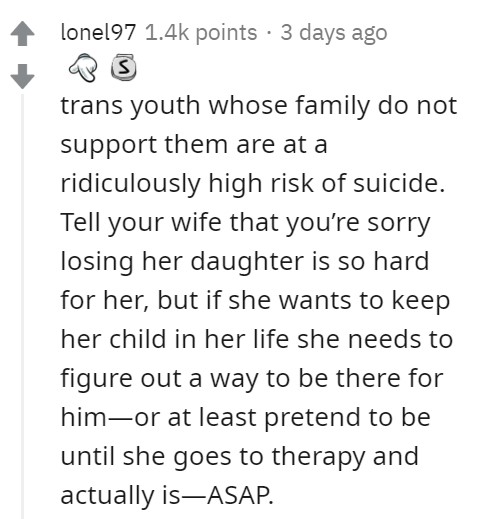 We need more people in this world like this father. 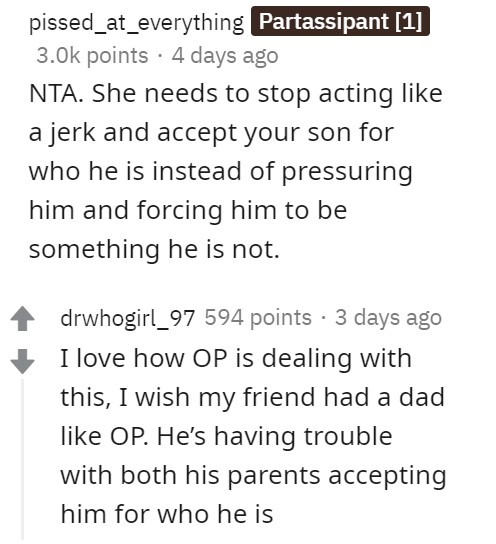 This is all pretty true but he doesn’t have to be patient with her. 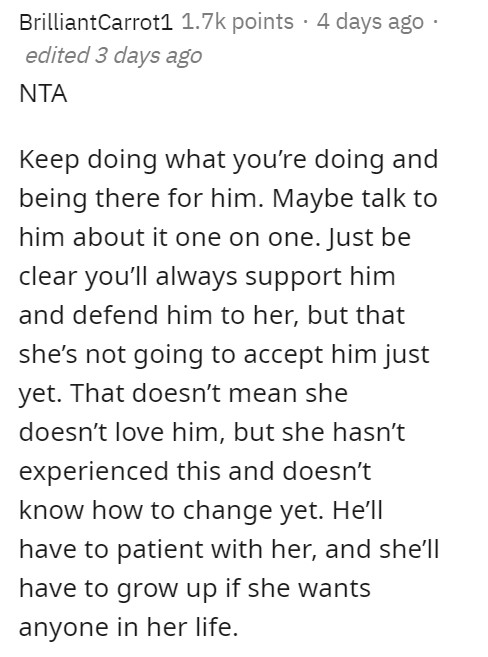 The mother needs to accept it and move on for her son’s sake. 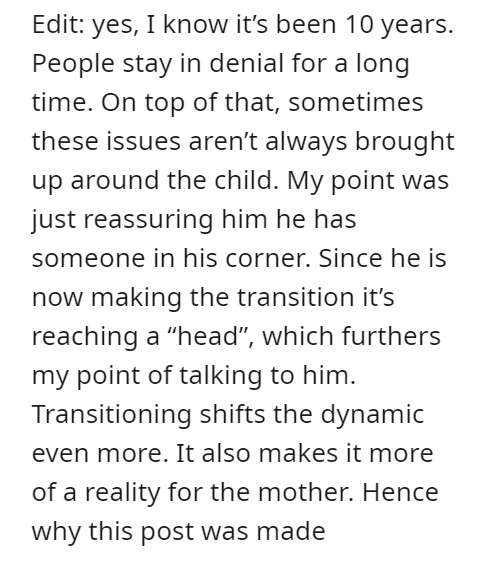 It’s been 10 years of her not accepting her son though. I don’t think that conversation is necessary with their son. He knows. He also doesn’t have to be patient with her – it’s, again, been 10 years.

That has got to be really hard on the son, all those years of dead names, pressuring messages from the mom, etc. –kittensjamesandlily

I hope she learns sooner rather than later. 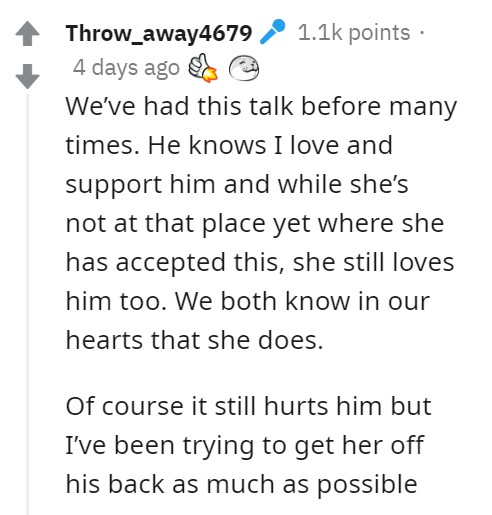 Most daughters are daddy’s girls if I say so myself. 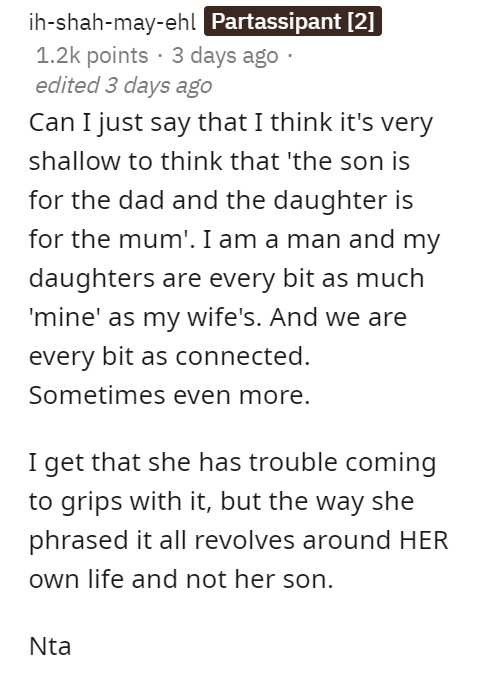 People who have been through this know how much it can hurt. 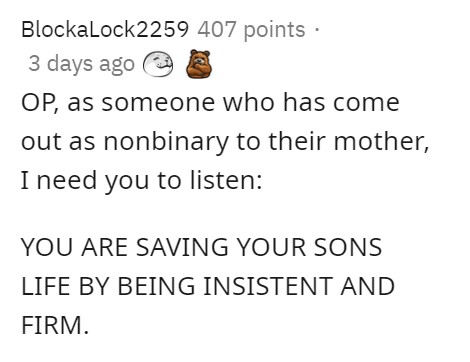 I can imagine, that would hurt. 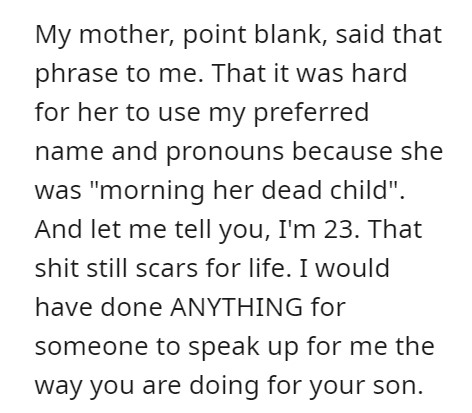 And he needs every bit of support he can get right now. 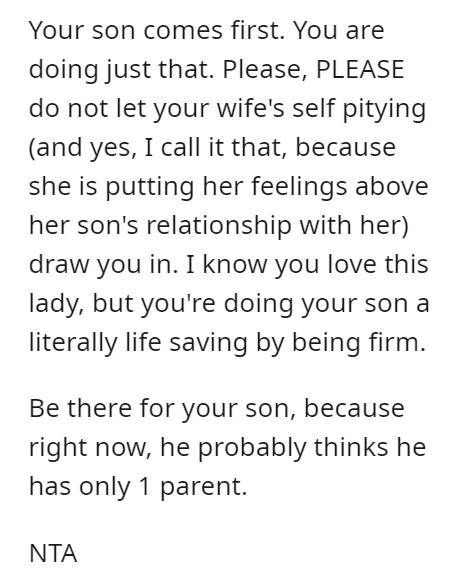 Wow! The selfishness of these mothers, yours included, astounds me. Your child is alive and healthy, AND being true to themselves. This mom is proud of you. It takes courage, and you should be applauded and admired for it! –Jude0144

Let us know what you think about the mother’s behavior in the comments below. Don’t forget to share so others can join the discussion with their opinions as well.