You’d be surprised to know the number of strange relics that are out there. Things that seemed useful at one point, but were quickly discontinued or phased out. A lot of basic, normal, everyday tools that were in everyone’s homes before automation make up a big chunk of them, but there are also some things that were made for and during the war. There’s an entire credit dedicated to people trying to figure out what this thing they found does.

It’s not always inanimate either. If you’ve ever been to the ocean or know how deep and mysterious it is, it won’t surprise you that scientists are constantly finding new things in the water. And it takes a while for what scientists to know to become common everyday knowledge. And sea creatures can be really confusing and super messy, and don’t look like they’re a part of our world half the time. Sea creatures are aliens, and you can’t change my mind. 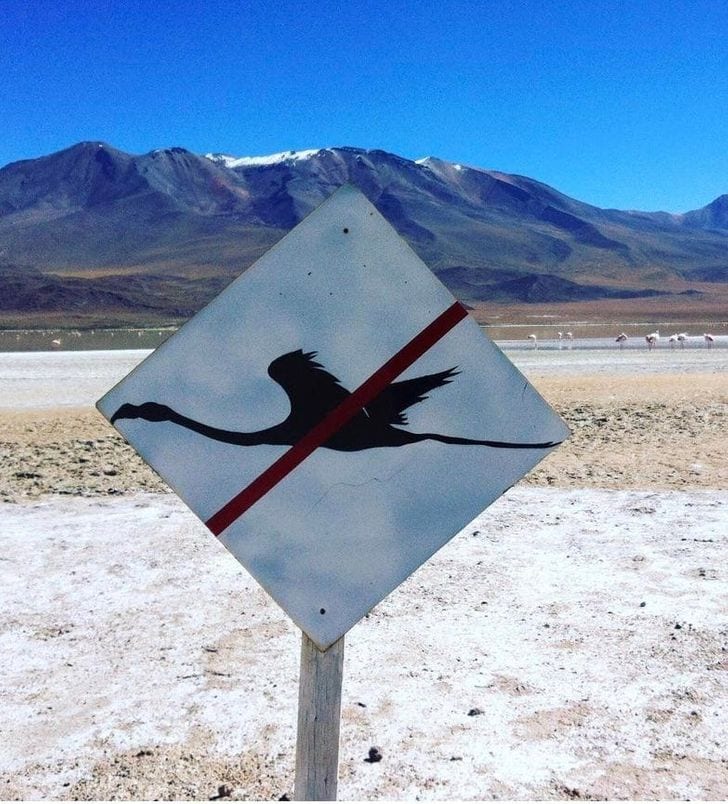 It means do not scare the flamingos. Many people would cross that sign to scare them so that they could fly and get a picture. 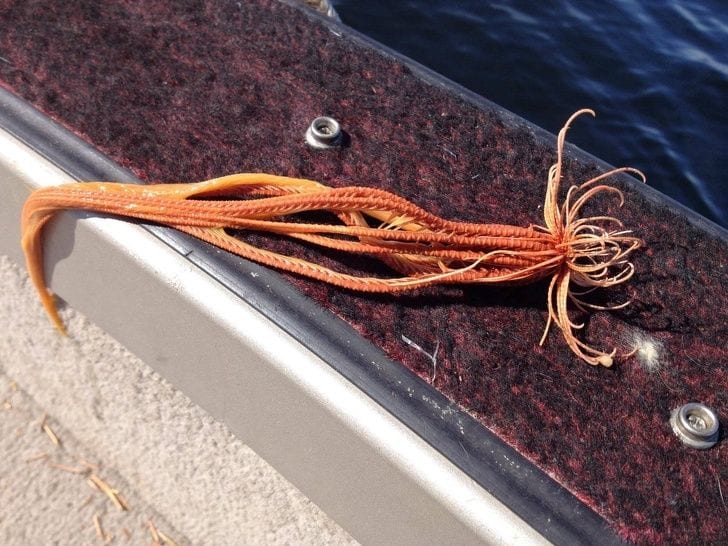 A feather star (crinoid), a relative of starfish and sea urchins.

#3 “Does anyone know what this is from? Found it at my late grandmother’s place. I believe it was from a game of some kind.” 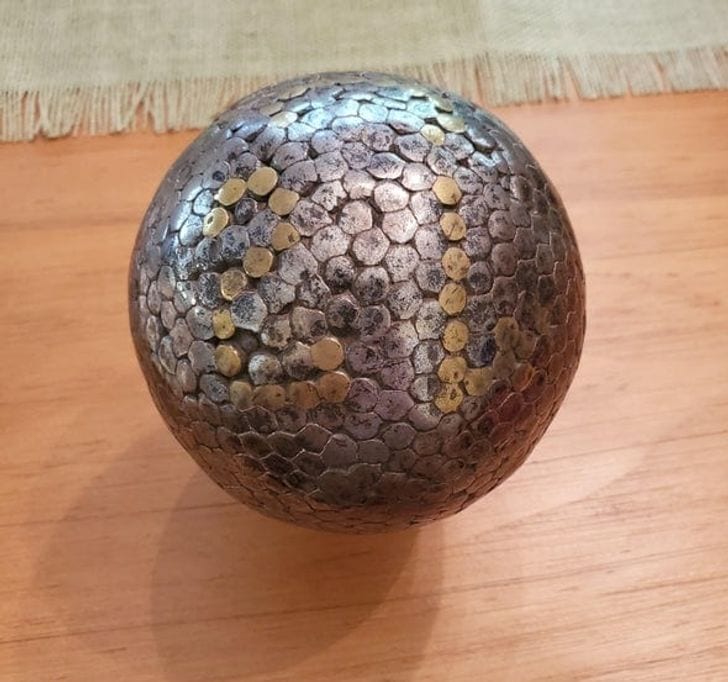 #4 “Found this thing in the living room of my new apartment. What is this?” 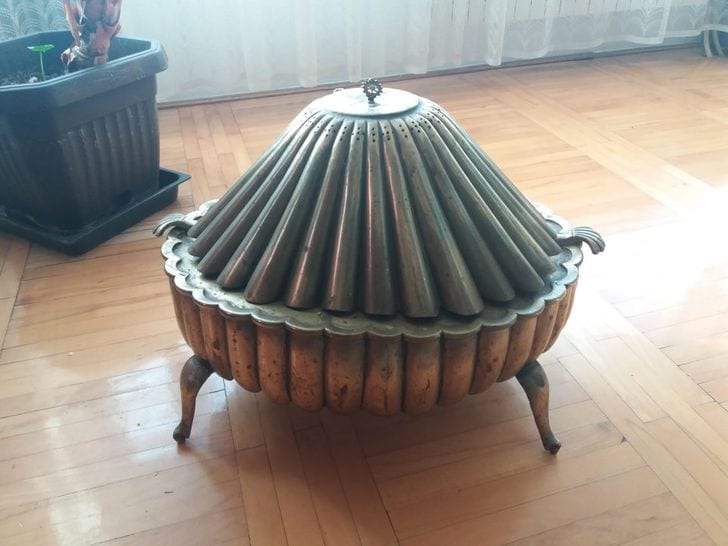 This is an antique Turkish-style bell brazier, sometimes (incorrectly) referred to as a mangal. Typically used by nomadic peoples of the Middle East for heating and some cooking, since you cannot have a hearth in a tent. Instead, you burn charcoal in a specially designed brazier, which contains the fire and radiates the heat. This one is compact and plainly decorated, with a short base to hold the fire bowl and a simple cover. This style is known as a suleymaniye brazier, for the district in Istanbul in which is was popularized. Other designs feature a taller decorative base, a tray to catch sparks, and elaborately designed covers. It may have come with a pair of tongs.

#5 “Came across this creature on the Olympic Peninsula. I’ve never seen anything like it.” 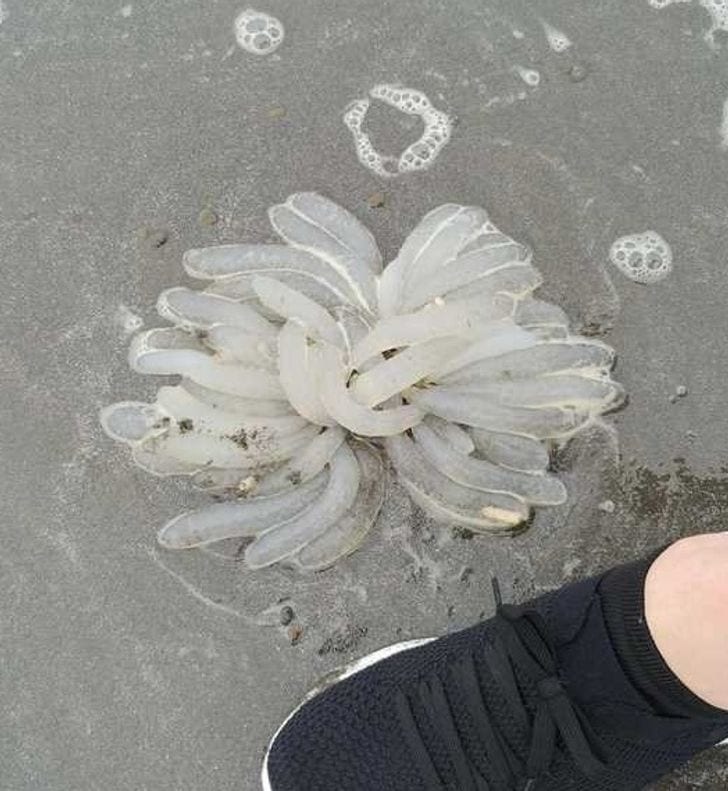 #6 “Found in my aunts ‘treasure’ collection. Seems like a heavy metal weight inside.” 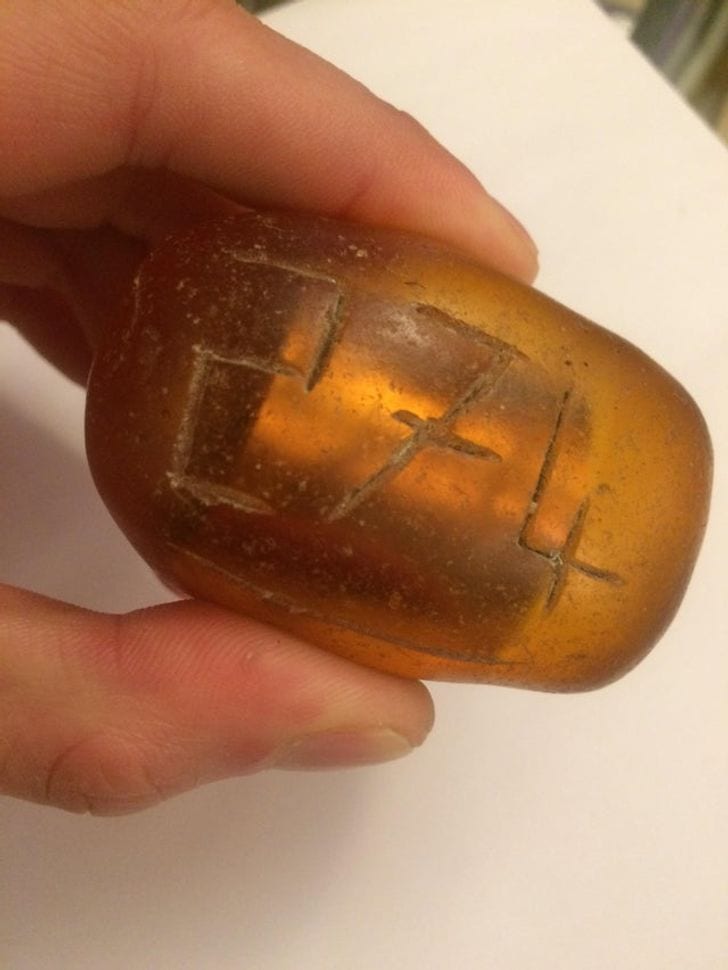 Apparently it also washed up on a beach (like the other one in the thread). It’s quite heavy, like a paperweight, the thing inside definitely seems like solid metal. The outside is hard and is most probably some kind of resin.

I promise it’s not some kind of marketing thing. She’s had it for years, and no, nobody has any suspect tumours.

#7 “This just drove across the road in front of me in Melbourne, Australia.” 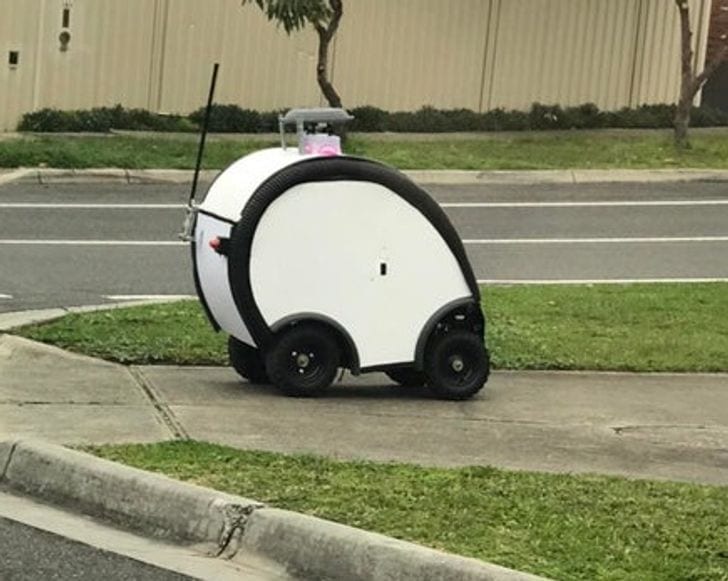 I would wager it’s an automated delivery, possibly food

#8 “It is approximately 10 feet long and open at the end. It was found with some similar looking ones scattered around on a hillside while hiking.” 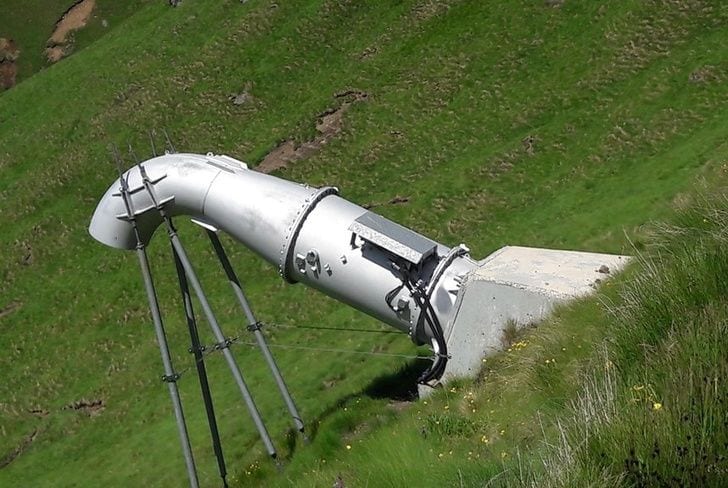 This device creates a loud soundwave to force avalanches (is this in the mountains?), so they can control when and where they happen.

#9 “What is this? Spotted it on my grandma’s shelf among other items collected while traveling around the world.” 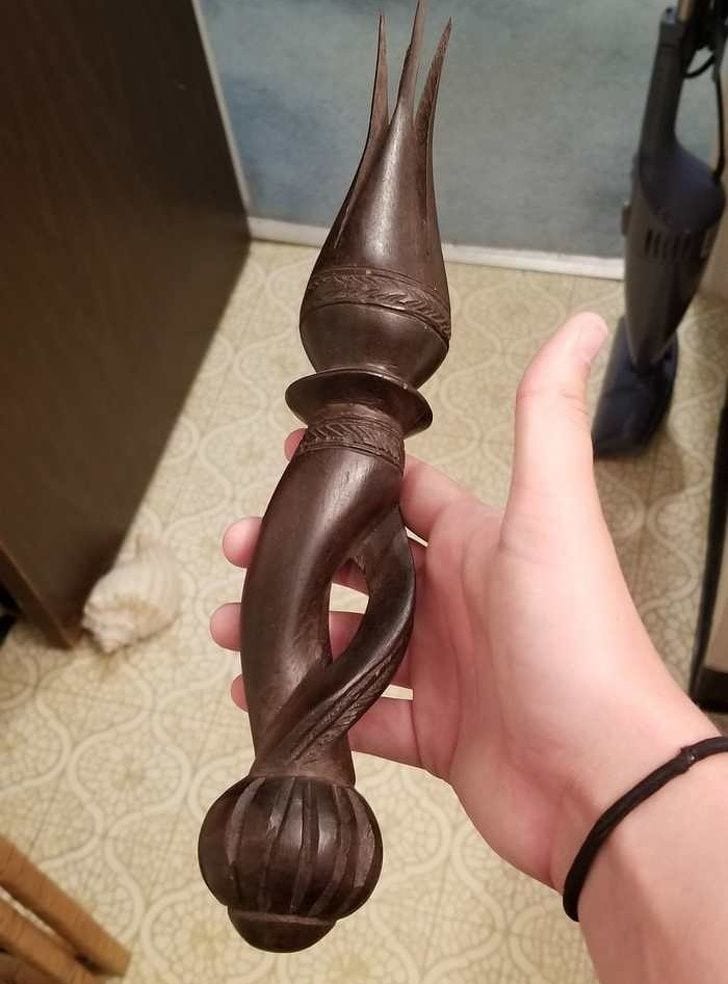 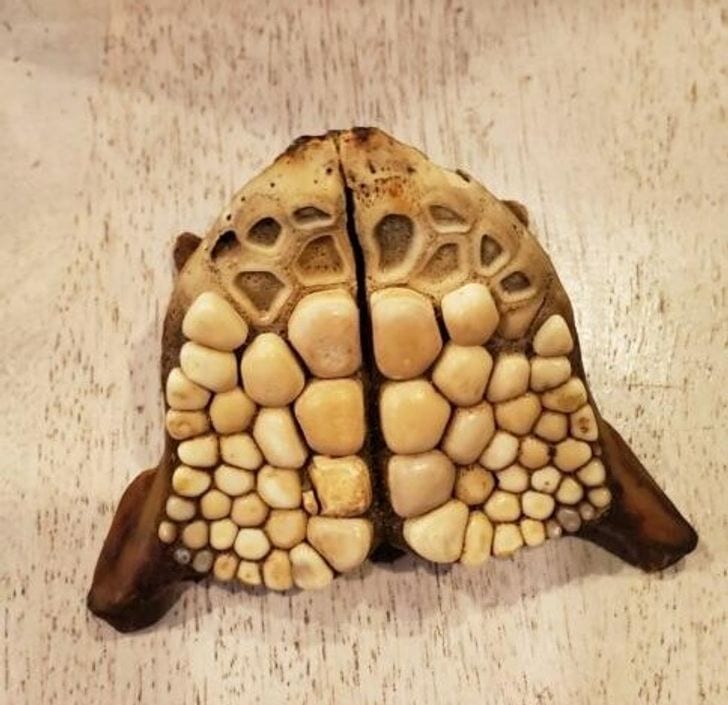 Pharyngeal teeth from a fish

#11 “Found this small kettle years ago. Does anybody have an idea of why it has this unique shape?” 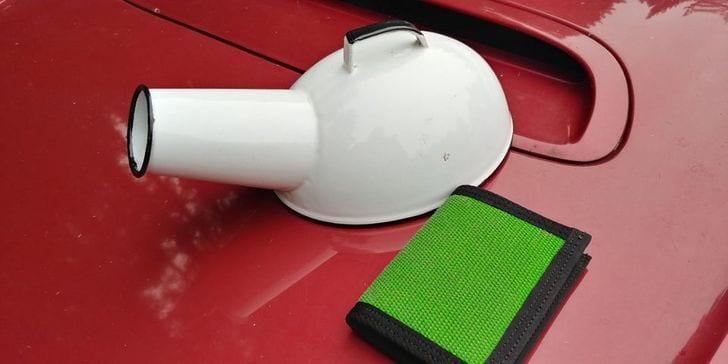 Ummmm isn’t that a portable men’s urinal for bedbound patients?

#12 “Found these scissors at a thrift shop and they have 2 parts: a spoon-shaped part and the other one shaped like a ring. The inscription says ’Rochester NY, USA’.” 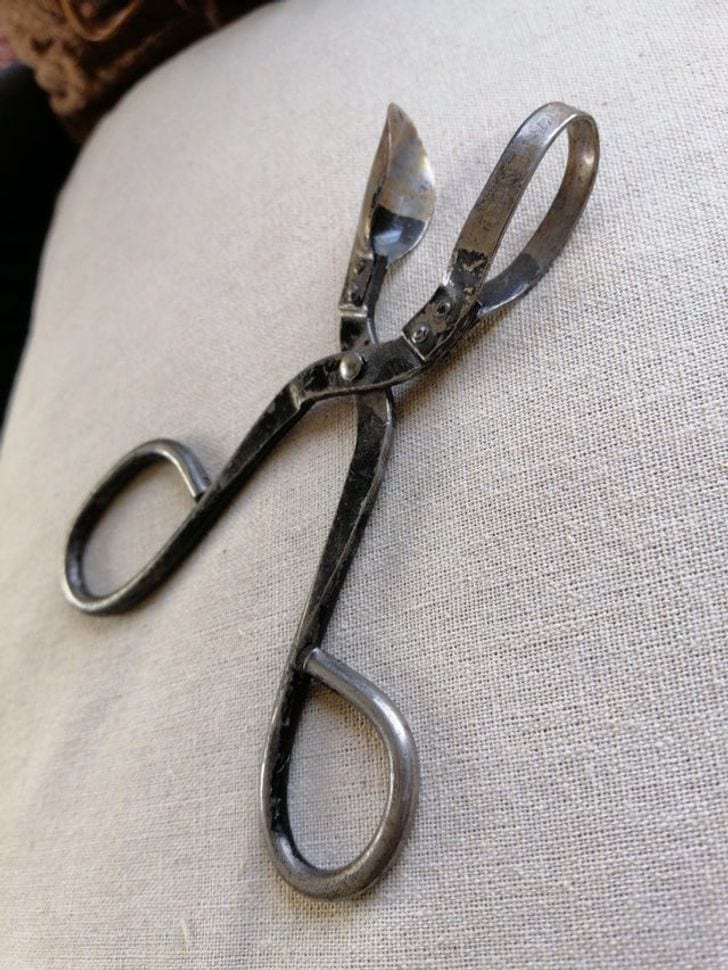 They’re called pineapple eye snip scissors, this looks very similar to the one you have.

#13 “Ran across this random structure in the middle of the forest. What is it?” 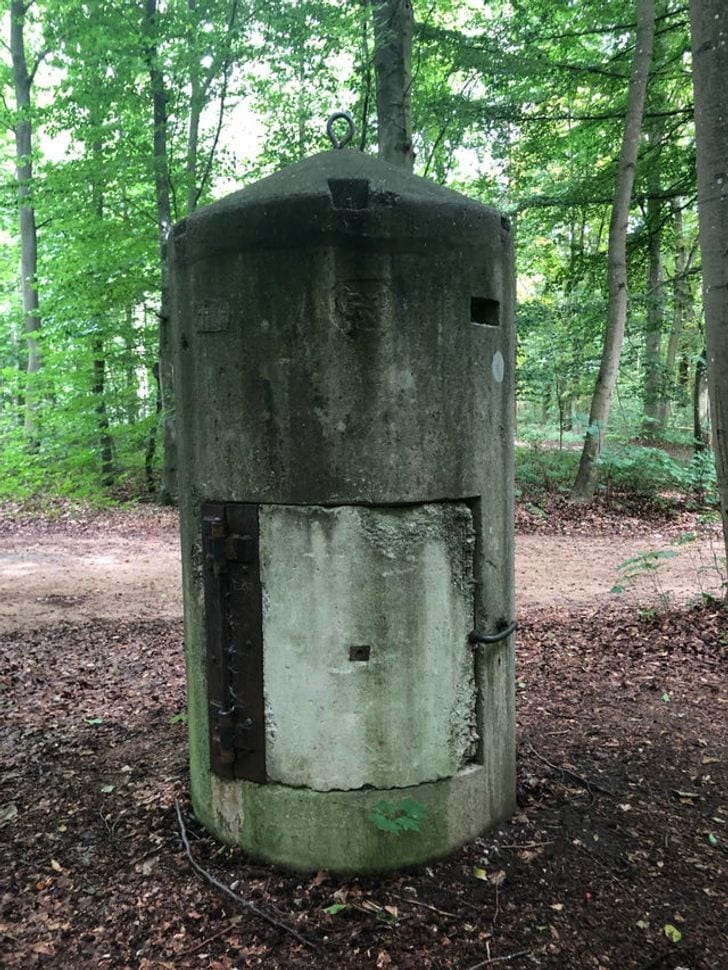 Looks to me like a ww2 one man bomb shelter.

#14 “Spotted this elastic thing attached to a school desk. Anybody got any ideas?” 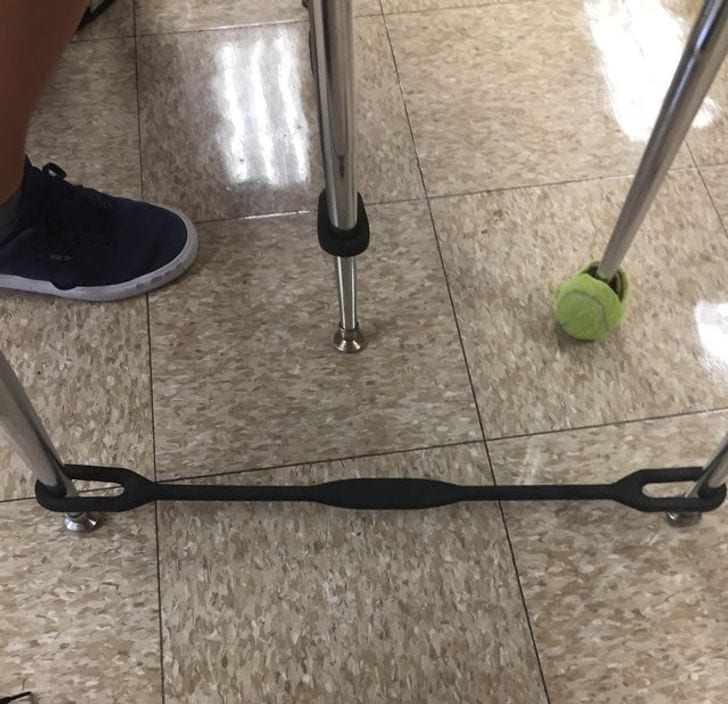 I actually know this! It’s a fidget for kids. They can bounce their ankles/feet on it.

#15 “Saw this jar, with red liquid inside, tied to a tree in a forest in France, what is it used for?” 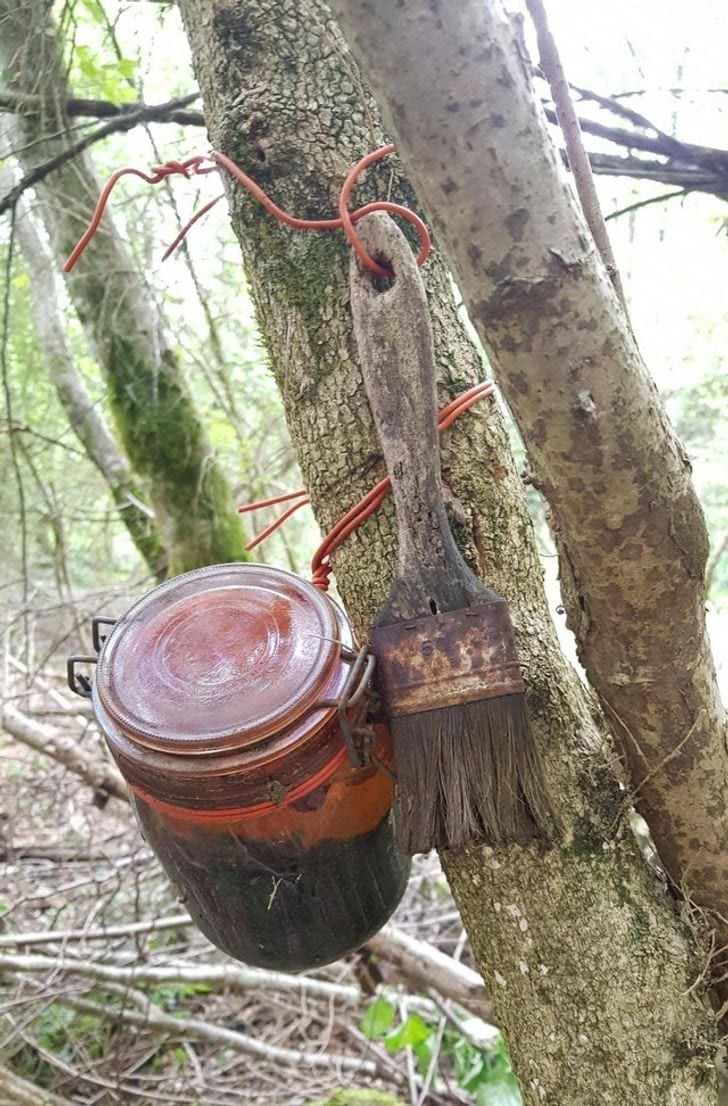 If its a thick black liquid with a strong smell than it probably is used to attract wild boar. You smear it at the bottom of the tree and wild boar rubs their body against it, giving the hunter time to set up a good shot. I think its called beech wood tar, at least thats the german translation. Edit: It can get kind of red-ish over time. 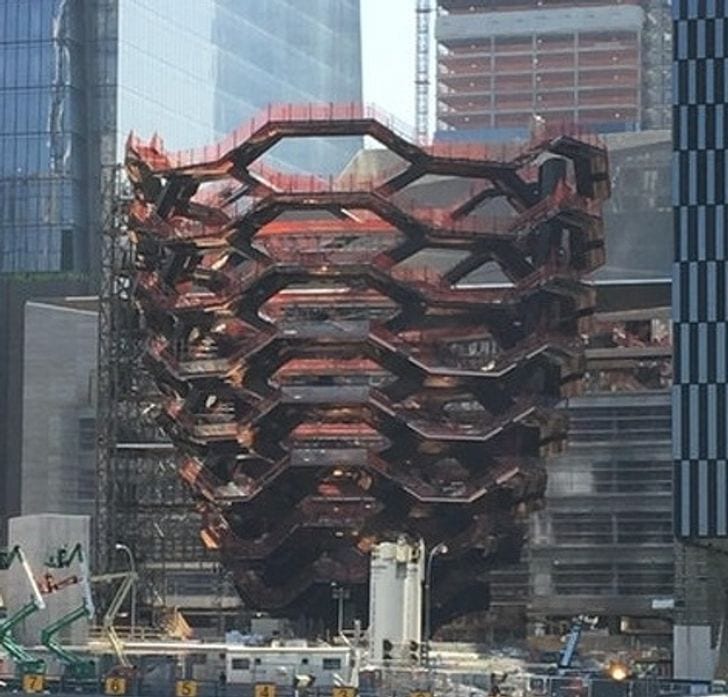 #17 “It beeps when the 2 outer prongs are connected and beeps twice as fast when the middle one is also connected. The only thing written on it says ‘CHINA’.” 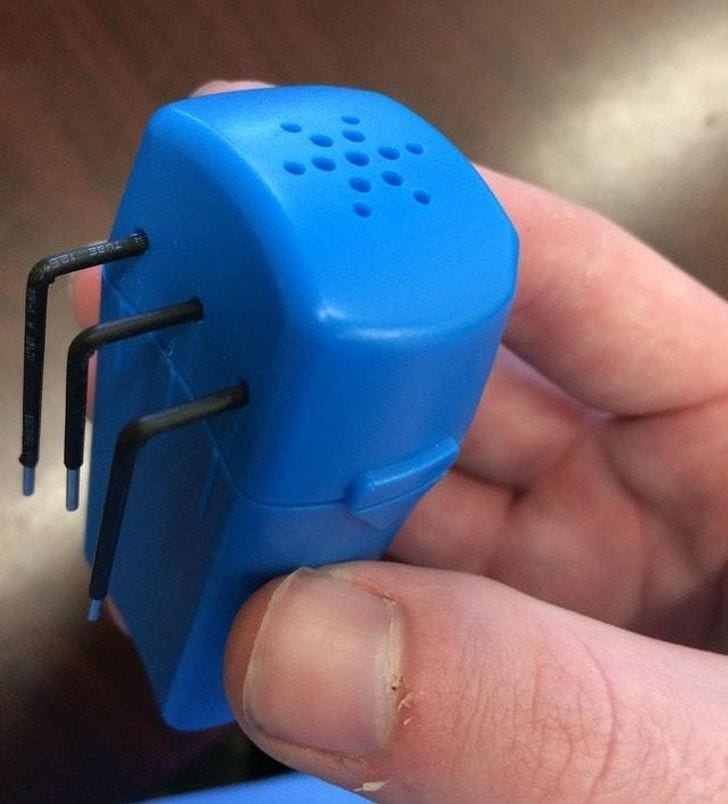 It’s a liquid level sensor for people with vision problems. Tells them when their cup/glass is full.

#18 “This weird wrapped car. The lights were wrapped in cloth. Serial numbers all around. Anything significant or just tacky?” 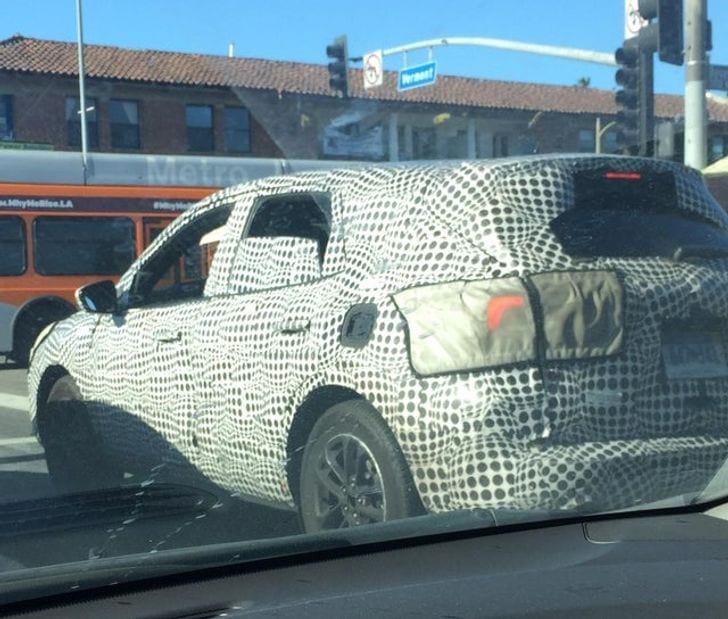 It obscures the car while being test driven, so the yet-to-be-released models are not photographed and published. The random “wave” patterns effectively hide the body contours and lines.

#19 “Visited an antique shop and saw this thing. Does anyone know what it is?” 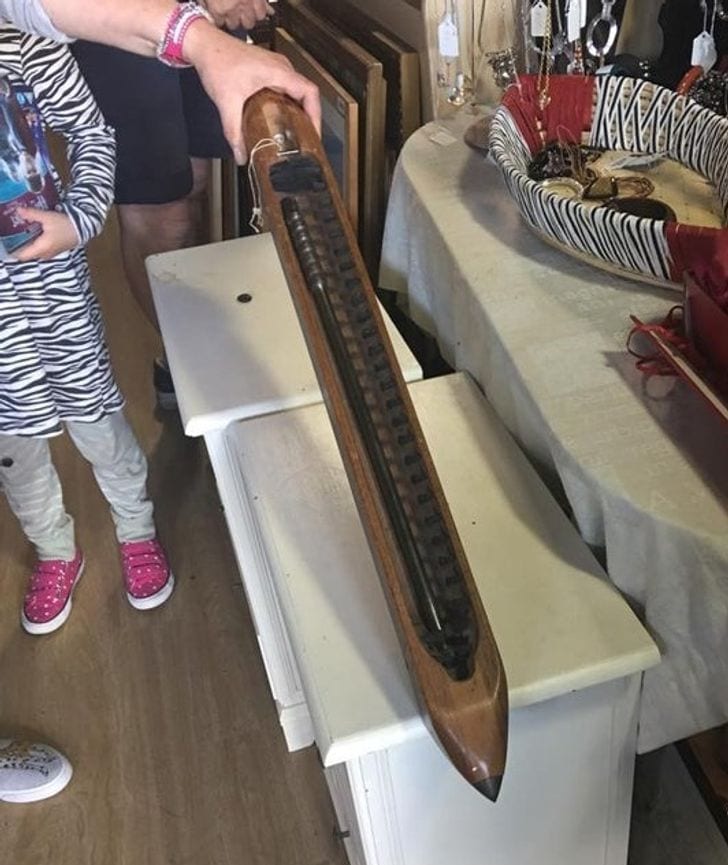 Shuttle for a weaving loom. 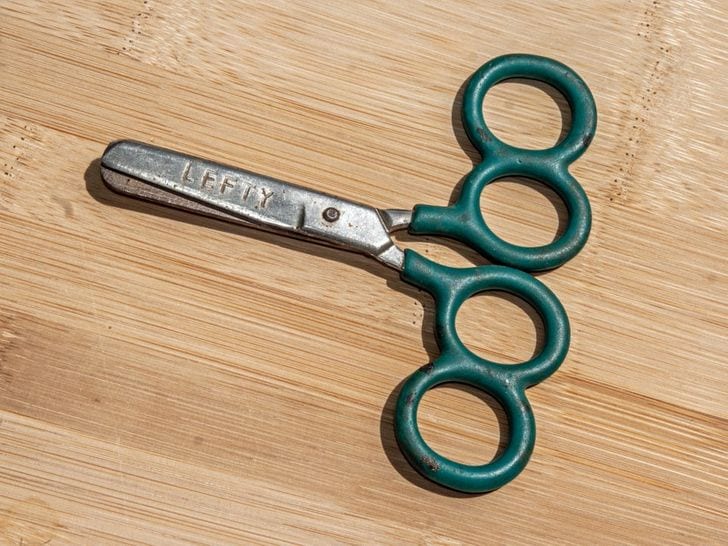 *Edit: The extra holes are so a grown-up can co-scissor and help the kid

What about you? Do you have any weird structures or items or things that you need to identify? Tell us down in the comments!