Meet the real-life puss in boots.

I am a very strong believer in the fact that every character that we see in the movies, be it a human, animal, or even the animated versions of humans and animals, you will always see an equivalent of those movie characters in real life. And the whole equation gets even more exciting and fun when that equivalent is of very well-known characters from movies we love.

I am sure you all have seen Shrek 2 or at least are aware of the movie given the number of memes that have been made around it. Puss in Boots is a very famous character from Shrek 2. Puss in Boots is very charismatic and didn’t have to do much to win the hearts of the viewers. Puss is a Spanish cat and as the name suggests, it wears boots. Puss has a very smooth personality and is highly efficient with his Zorro-style sword fighting. But those who know Puss in Boots would know that the biggest trait that this ginger cat holds a room in everyone’s heart is his large, extremely innocent eyes.

Just google Puss in Boots and you will immediately understand what I am talking about. You would think such a glorious feat can only be achieved through software and animations but no, nature is far more powerful than all the graphic cards in the world combined.

Out in this huge world exists an adorable kitty called “Pisco”. Pisco is the real-life Puss in Boots and has those exact pleading eyes. Pisco is actually a Golden British Shorthair but looks as if someone just copied Puss in Boots and pasted the image on. A xerox copy.

I know you guys are at the edge of your seats to get a visual of Pisco so it is time. Enough talking. Let’s enjoy the real-life Puss in Boots and those gorgeous deep eyes.

Here are Pisco and Puss side by side. It’s like a spitting image.

So which one’s puss and which one’s Pisco. It is actually very challenging as the two look so similar. 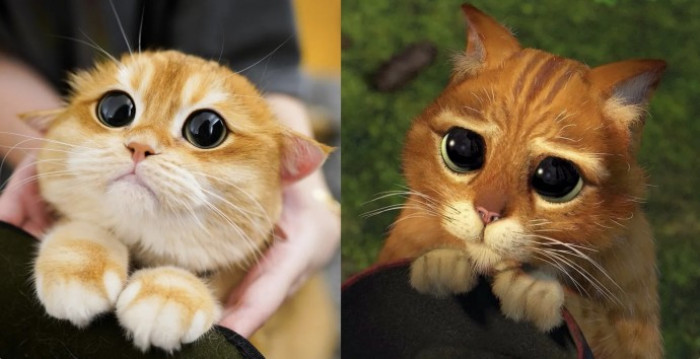 Pisco is actually quite famous on the internet. Why wouldn’t it be? Pisco has over 600,000 followers on its Instagram account and is referred, there, to as a “Public Figure”.

I could easily drown in those eyes and no I don’t care if I die in there. 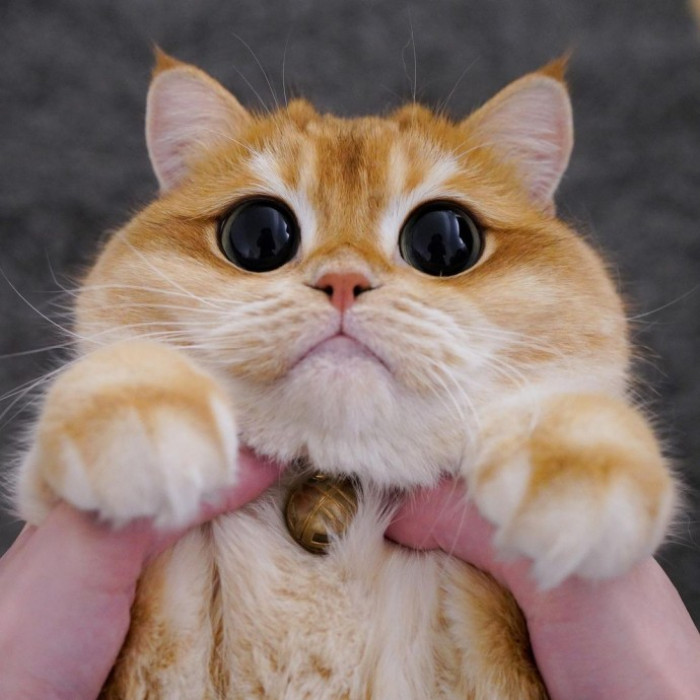 Imagine coming across these huge, deep black eyes. What would you do? 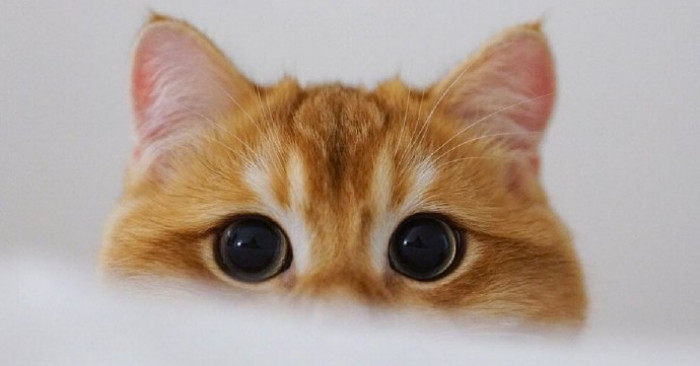 As I said, I could either drown in those eyes and have no regrets even if I couldn’t return back. Or I could just sit there, sip on a never-ending coffee and just stare into those eyes my stresses leave my soul with every second of staring into those majestic eyes.

Pisco’s owners actually had no idea about how much their cat looks like Puss in Boots. 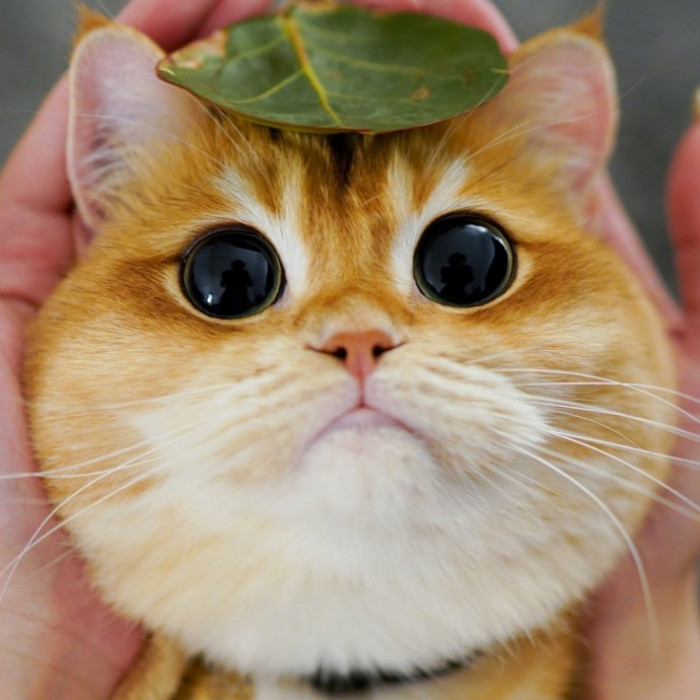 They were quite oblivious about their cat being the exact photocopy of a Shrek 2 character. They were actually under the impression that all cats have this deep-large eyed look. Had no idea how lucky they were.

Well if you do go into the nitty-gritty, there are some dissimilar features between the two cats and that is why it never dawned upon Pisco’s owners that he resembles Puss quite a lot. 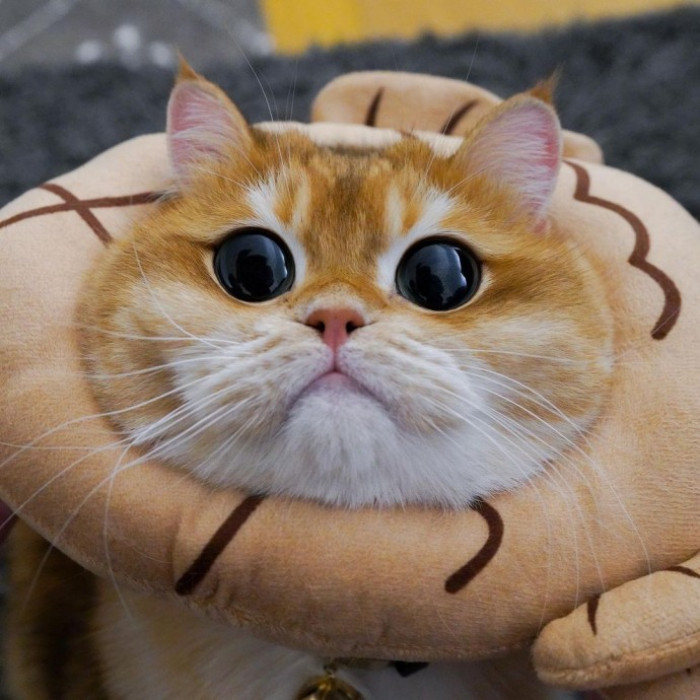 For instance, the shade of the coat isn’t an exact match and Pisco’s is much floofier than Puss as well.

But come on, it’s animation vs real-life, so you can ignore the tiny details. 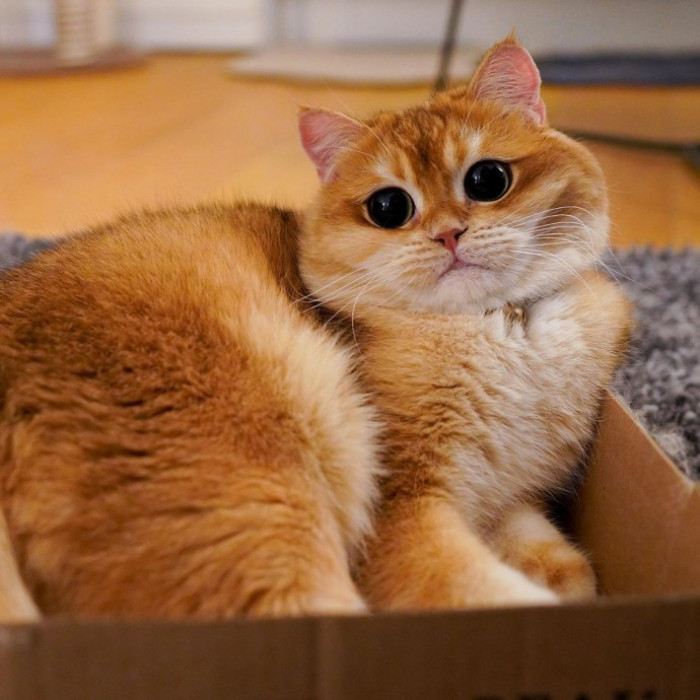 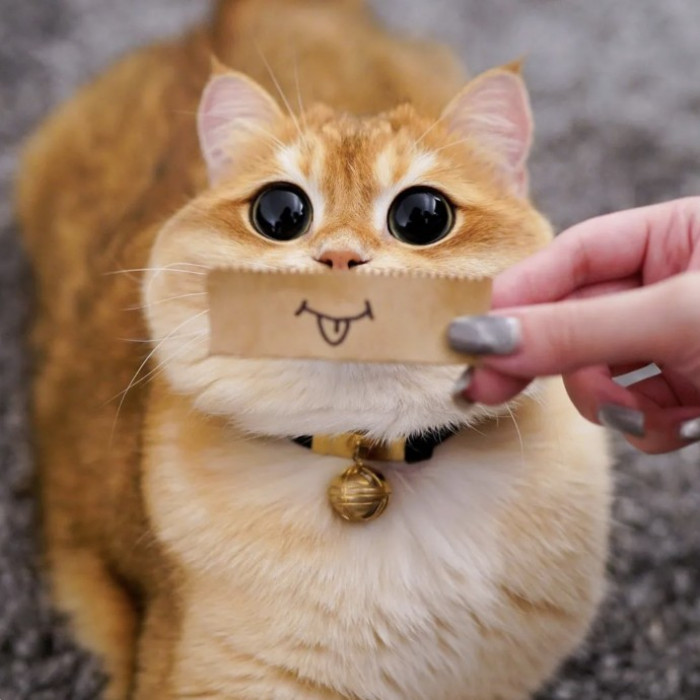 I guess we all know who they are going to cast as the cat if they ever made a Shrek 2 as a real-life movie.