Dogs they have been our best friend since too long. They never fail to impress us. All they ever need is love and attention, there you go, now you have their loyalty for the rest of your lives. There are some dogs who have already reached the level of perfection. Meet police dogs. There’s nothing more heartwarming than a doggo who wants to take care of you. Being a police dog is a dream for a lot of dogs but not every doggo get this dream job. It’s really impressive that how much they can do once they master the necessary techniques like tracking explosives and uncovering people who are lost. Once they master these techniques they are super dogs. So here we are today with 10 super cool dogs that are working and they are committed to their work. Well these doggos deserve a lot of respect. These doggos have cared for their citizens in their own countries. So keep on scrolling and see these heroes. Don’t forget to watch it till the end. We are sure that you are going to love them. 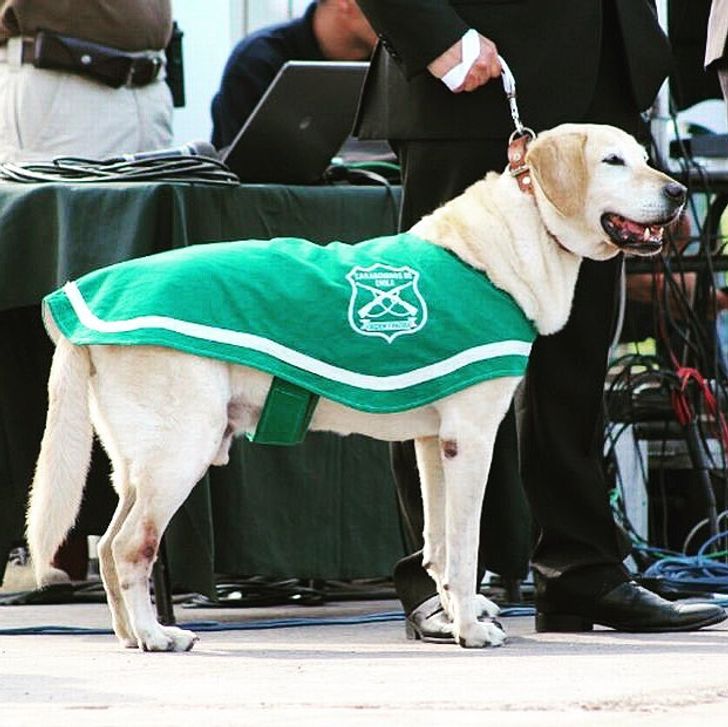 Mike is a Labrador Retriever. He began his training at the Carabineros Canine Training School when he was 8 months old (the perfect age to bond with his handler).Then they tried to put his friendly and playful side to the test as well as his olfactory abilities until he became a super dog and finally he joined police force.

He was working to preserve security and order Mike surprisingly learned to detect different substances. He caught half a ton of them in his career. Salute to this dog for his service. After 10 years of his service he received a tribute and an award. He retired in 2018. 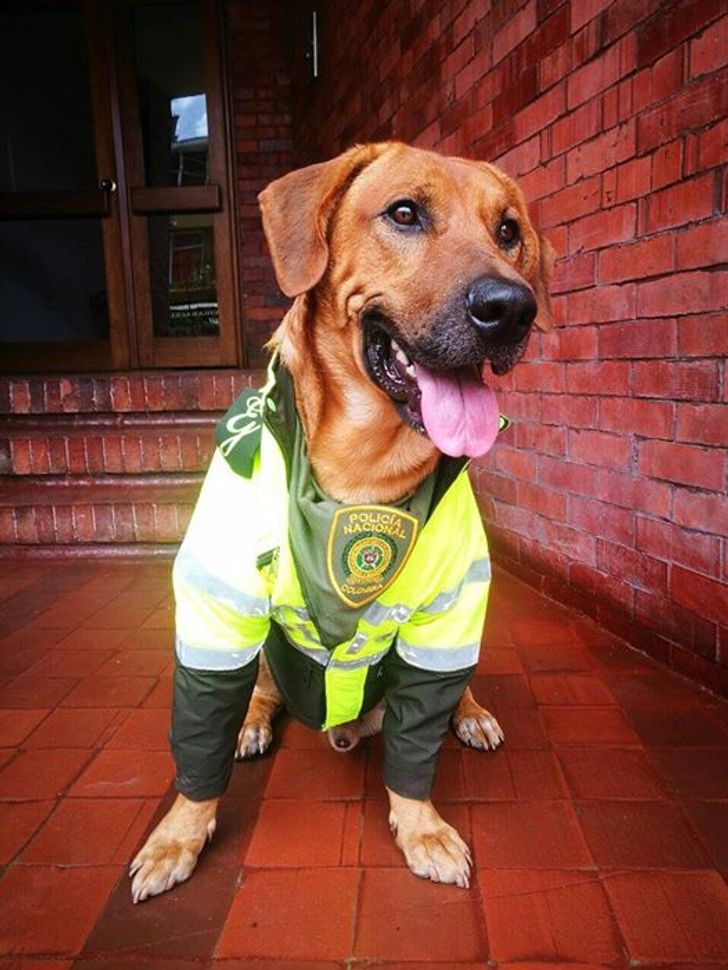 Thomas was adopted by one of the patrollers of the Immediate Action Command of the Colombian National Police. He was one of the five puppies that were born to a dog, which was also rescued by the unit, and he is the only one who became part of the surveillance team. Thomas started training from the time he was a puppy, he always got excited every time he heard a motorcycle and surprisingly he identified the sound of the patrols cars siren. His hooman partner saw how easily he got trained and became familiar with the environment.

Chola is still in the service working at the National Police Corps of Spain. She is expert in detecting narcotics and banknotes. These are her main responsibilities. Chola is currently seven years old, and soon she will be leaving the canine unit. She lives and wok with her handler, after her retirement, she’ll stay with her owner and her owner has 6 dogs. Her off days are going to be full of fun and love. She’s serving the entire nation. 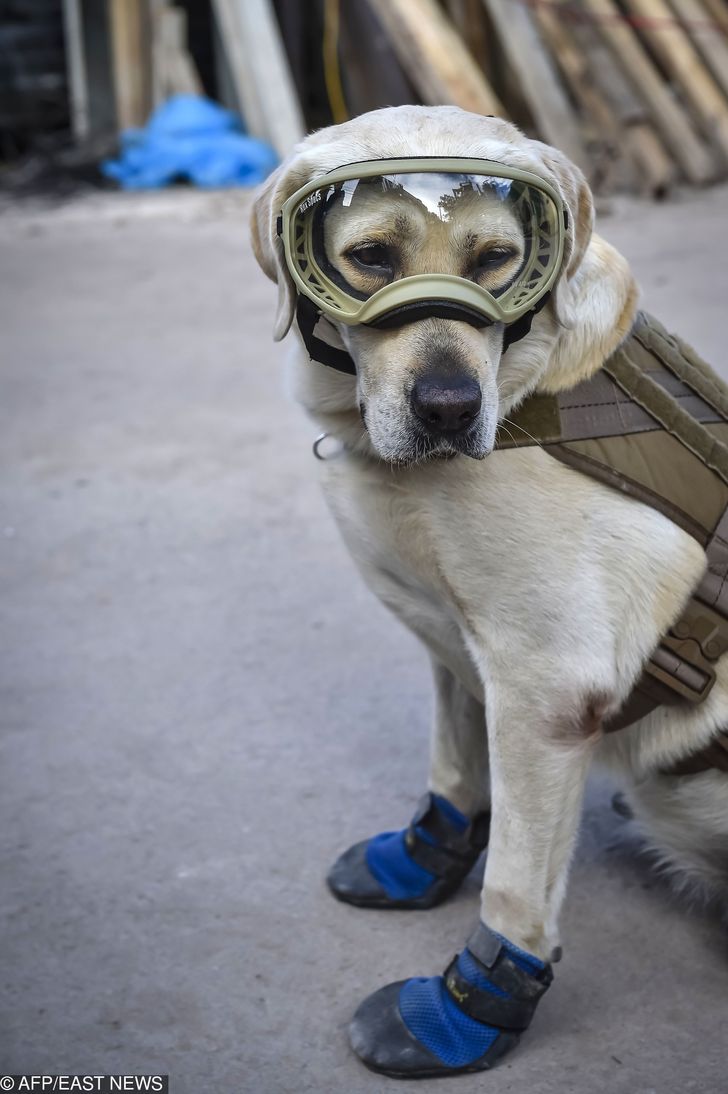 Advertisement
Via © OMAR TORRES / East News
She became the support for Mexicans on September19 , 2017 after an earth quick which left people devastated. This Labrador Retriever helped rescue efforts but above all, she boosted people spirit with her amazing reassuring appearance framed by visor and boots which protected this hero paws and eyes. She has been working for 9 years, Frida the hero saved 12 lives and joined up to 53 rescue operations in Mexico. She retired in 2019.

He was a stray dog when a kind police officer took him. The officer, who worked at Peru’s national police also gave the dog training and made him his partner. The offocer belong to the department of search and rescue. Chato, the dog, being the officer’s partner, happily follows him every where he goes.
It is very exciting to know that Chato can recognized from a distance as he always keeps wearing his uniform, along with his glasses, vest and a beret. He is such a loveable character that none would dislike

6. Meet Kiah she is from USA, such a cutie she is 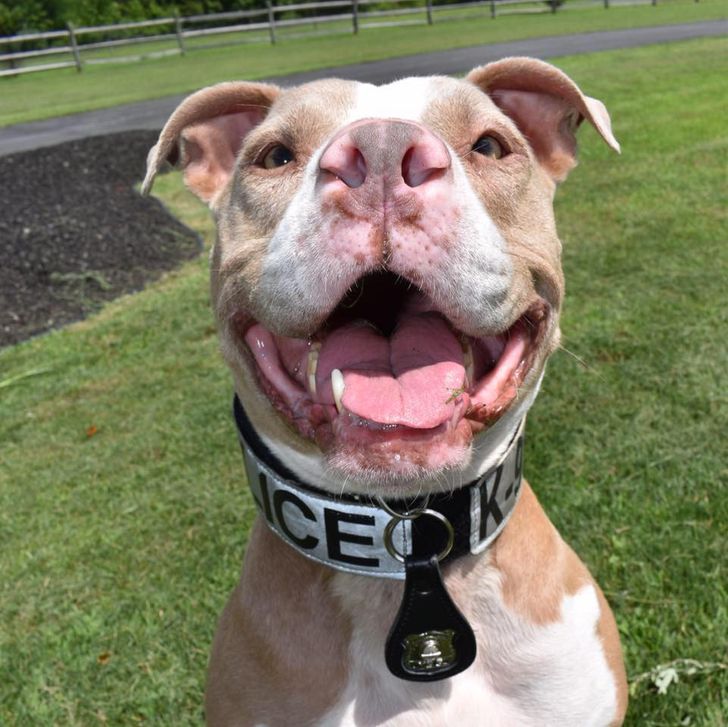 Kiah was found in an injured state when some kind soul rescued her from the parking lot of a supermarket. Now, the Poughkeepsie City Police Department, New York has its first Pit bull, as an officer. The pitbull helps is finding missing people by locating trails and performing various duties connected with it. Can you believe it?

Being a guide, Kiah breaks the stigma related to her breed. She has proven that it is not the breed that matters but the character as she is doing a wonderdul job.

Meet Ryzhiy, on July 1,  2020 the only corgi police dog in Russia retired. Ryzhiy worked at the Nizhny Novgorod police agency for almost 7 and a half years, this doggo has a powerful sniffing capacity. His job was to detect dangerous goods and contraband at bus and train station. He was perfect in his work, He may seems small, but he is a hero, and we all are thankful to him for his loyal service to his country. 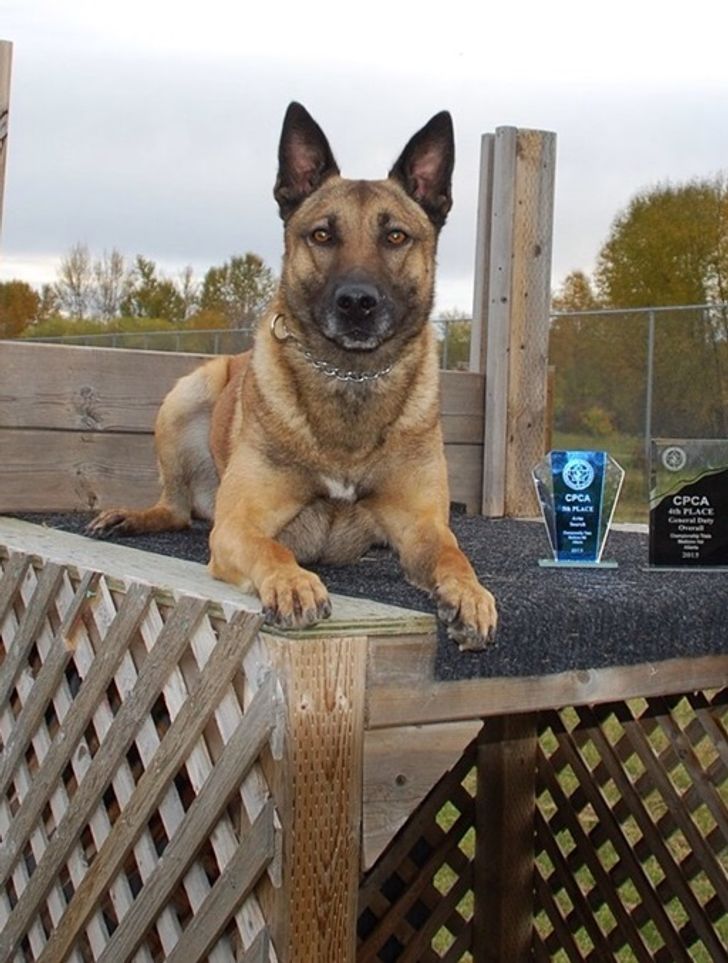 Via © Government of Saskatchewan

After an 8-year of his loyal service this Belgian Malinois said goodbye to the Canadian Ministry of the Environment. There this doggo helped official in hundreds of investigation and activities. He was responsible for the inspection of natural resources. Jaks is retired now he helped the community with his high spirit. He is living with one of the ministry officials who adopted him. 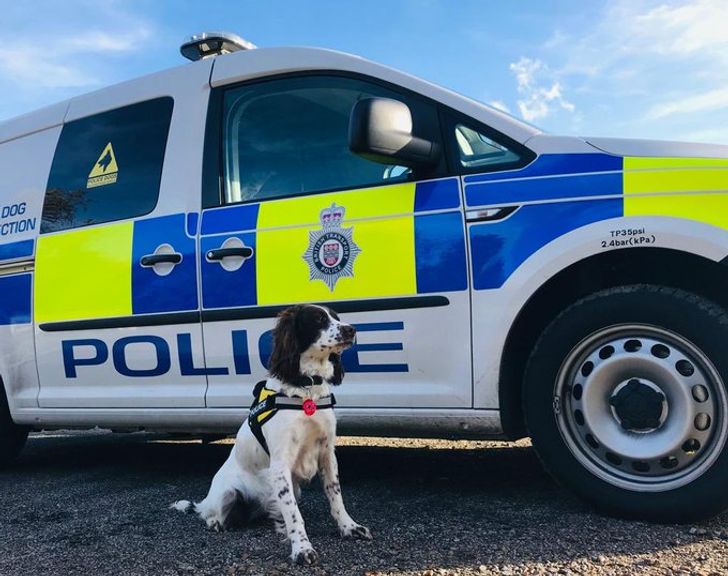 Dottie joined the British Transport Police in 2019. This beautiful doggo helps keep the railway safe by fighting crime and hazards and looking for harmful objects for instance explosives. Dottie works and live with her trainer.

Huesos, means “Bones in English, was rescued by a member of the Cordoba Dog Police Division, and in the blink of an eye, he went from being a stray pup to a service dog. During his course of 9 years he travelled throughout the Argentina province well he is lucky. His job was to perform in shows, ceremonies, academic events and anniversaries. He is trained in making everyone smile with his tricks. He retired in 2018.
These doggos are superheroes. They served their country with sheer determination. Let us know what do you think about this post in the comment section below. Don’t forget to like and share. Stay tuned for more content.