Marriage can get a little complicated sometimes.

Especially because of your in-laws. It is best to set out some boundaries and rules within the family so there would not be any trouble caused in the future. However, some people do not respect boundaries and they love to cross their limits. We all know someone who likes to poke their nose where it does not belong. Snooping people can be really annoying sometimes as you can not take this habit away from them.
Such as this Redditor’s mother-in-law. Her story is filled with drama and a snooping mother-in-law that just would not stop. That is why she created a glittering trap to prove to her husband that she would not stop snooping around the house and offices. Scroll down below to read the whole story:

The mother-in-law went to Op’s room and it was totally uncalled for. 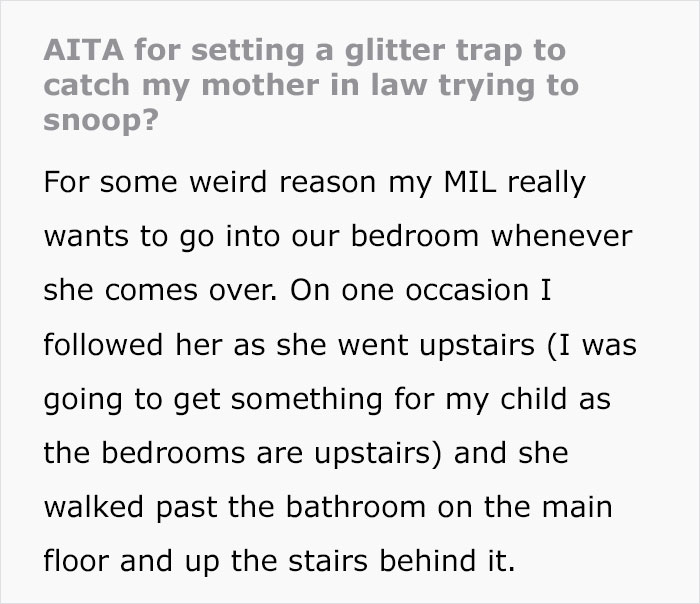 Op sneaked on her and caught the mother-in-law snooping around their stuff. 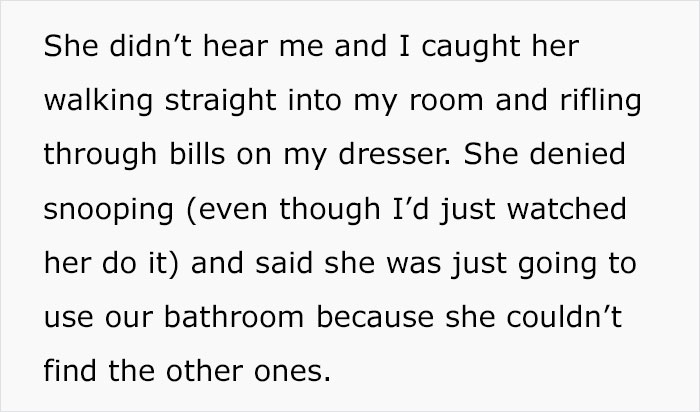 Op got frustrated by her mother-in-law trying to enter her room again and again so she installed a new lock. 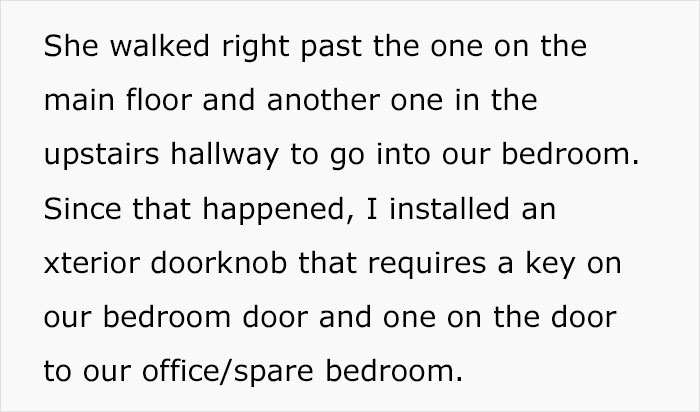 However, her husband blamed Op for always going mad when their mother-in-law is over. 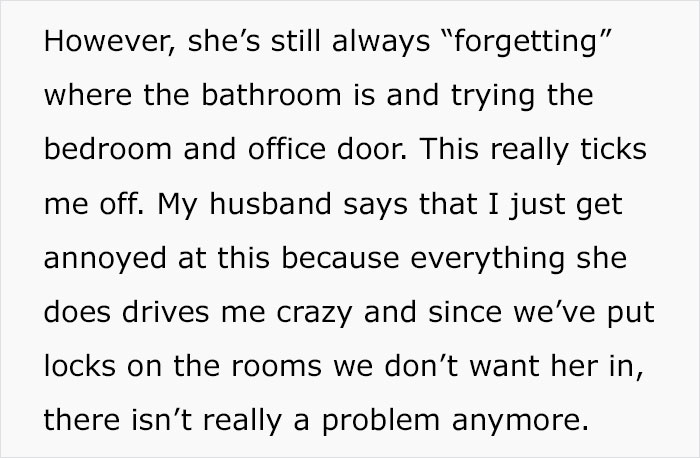 Over the holiday, Op and her husband had their inlaws over.

Her husband told her not to lock the doors since it sounds a bit rude but Op insisted on keeping them locked and they agreed on trapping the door with glitter to catch the culprit in action. 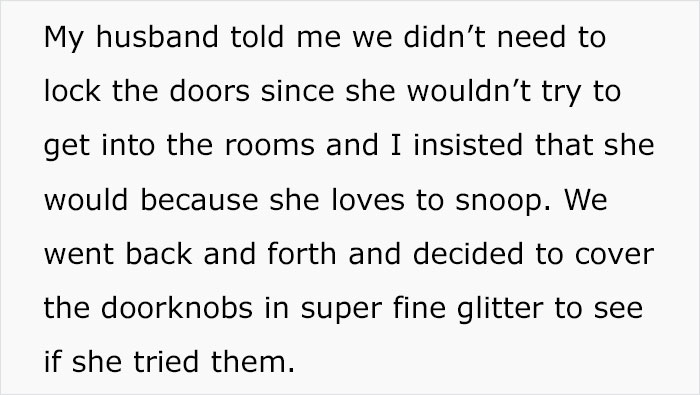 Op did this to prove to her husband about his mother.

Op used a glittering trap before too but this time she levelled it up. 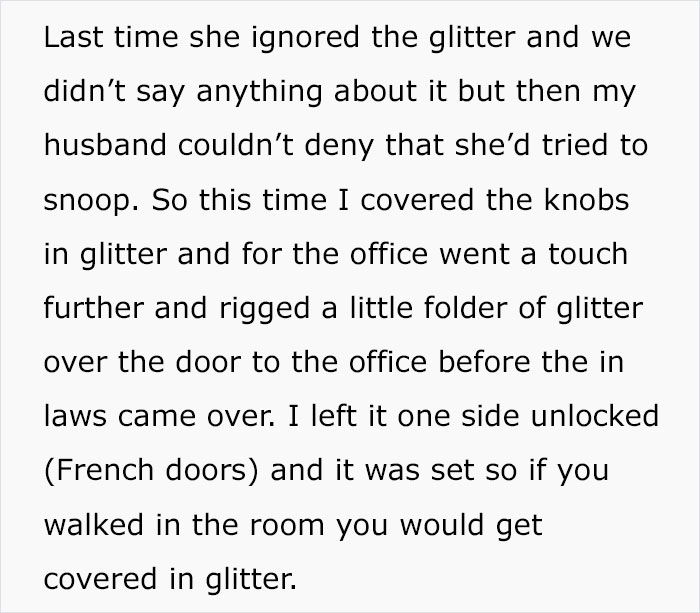 Her husband made an extra effort to show his mom the bathroom.

The mom yet again went tried snooping in their rooms and got caught in glitter but instead of confronting his mom, he confronted Op. 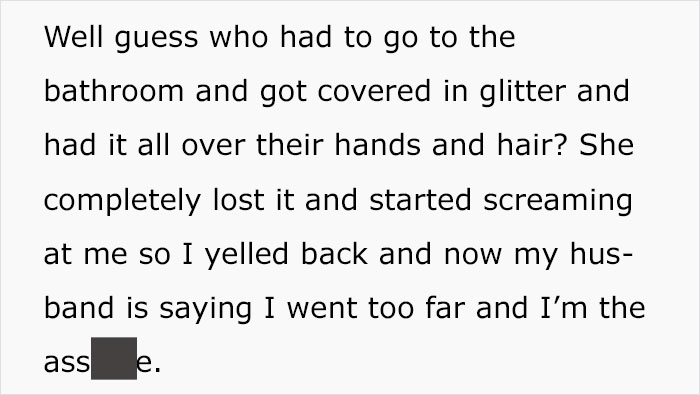 Even the mother-in-law blamed Op but the son-in-law was on her side.

In my opinion, the woman did nothing wrong. She has every right to protect her property and call out anyone who does not respect the rules and regulations of the house. The mother-in-law is just mad because she got caught.

Most of them declared Op as NTA (not the assh%le.)

Most people blamed the mother-in-law for being extremely immature. 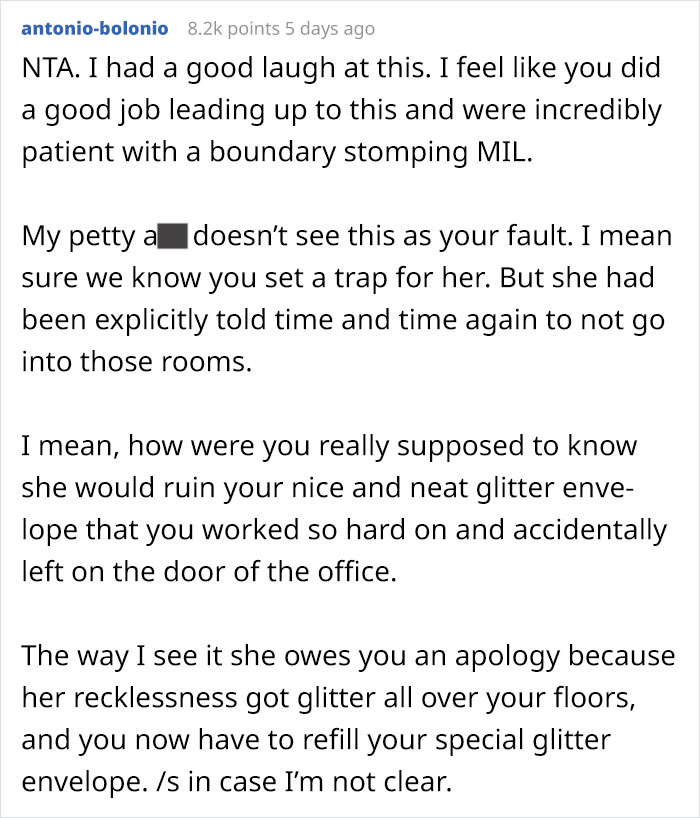 Op was praised for being the hero.

Some of them even blamed her husband for being ridiculous. 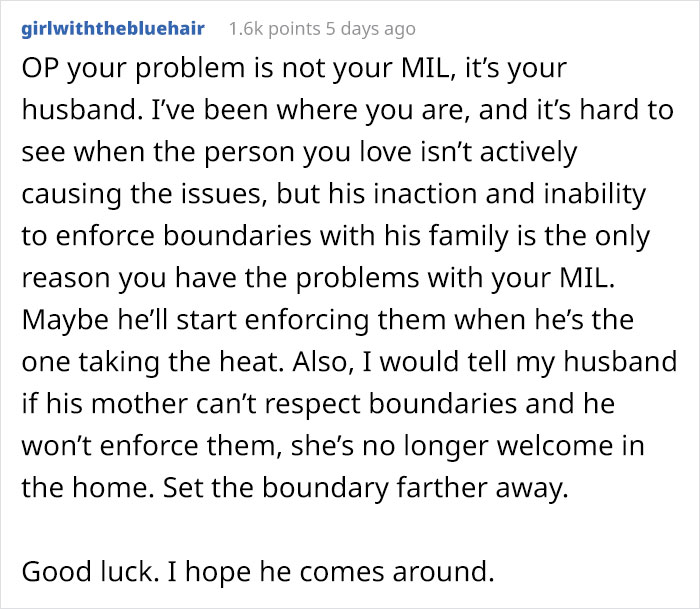 Who do you think is in the wrong here? Should the woman have gone as far as using glitter? Tell us your opinions in the comments below.