Owners love pets as their own biological children.

And I do not exaggerate that statement by one bit. The owner’s love for their pet is so pure and healthy, that you feel that they were always meant to be together. In fact, many pet owners don’t like being referred to as owners of their pets, they prefer terms like “best friend”, “parent”, “companion”, and more happy words like these. One very important thing that is due for any family when a new member enters their life is to give that member a name. Selecting the name is a proper process with so many rejections and shortlisting, after all, it is going to be associated with the new member forever, and believe it or not, it does impact your personality in a way. That feeling is the same if we talk about newly adopted pets, owners want to give them a very cool name and everyone has their own criteria to decide the names for their pet animals. The only advantage in terms of pets is that there are basically no limits when it comes to naming them. See you can’t really name your kid BusterBeans but you can name your pet that, in fact, it would sound very cool but not on a human being.

Today we will be looking at a very amusing thread that includes pet parents sharing touching stories of themselves and related others about how their pets’ names did wonders one day. The Twitter thread was stated by user @mushenska and slowly the rest pooled in with their stories. You guys are going to love this one.

1. See that’s what I was talking about, there are absolutely no limits when it comes to naming an animal.

I really don’t know why but it does have a nice ring to it, if you think of JPEG as a name and not a file format.

2. They really didn’t have to do much thinking while deciding on this cat’s name. Imagine humans being named after the hospitals they were born in. 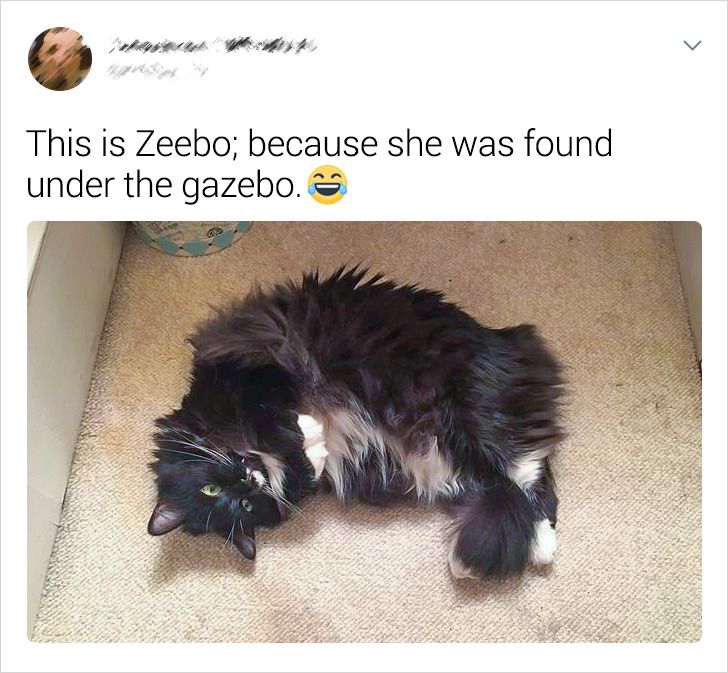 No one will ever forget its origin.

3. Maybe they were calling your chicken and you both at the same time and you had no idea about it.

Or if there was a person in that waiting area who had the name of your chicken and your surname, that would’ve been very cool.

4. With names like those, it will always be a handful, mate. 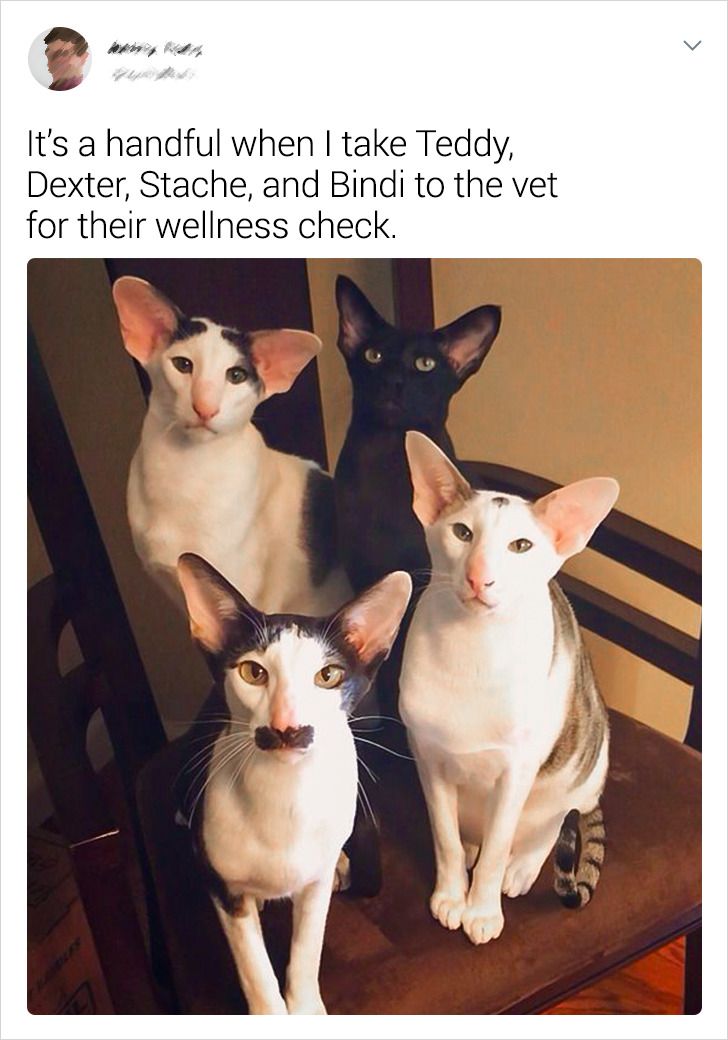 5. Uh ho, this is sad and hilarious at the same time.

7. I cannot imagine someone calling satan towards them with that cheerful, high-pitched voice we normally use while communicating with pets.

8. Your grandfather is a really creative man.

When you name your animals just to get a laugh out of others, does that make your animal a laughing stock?

9. Those names make them sound like they were Greek rulers in the past. 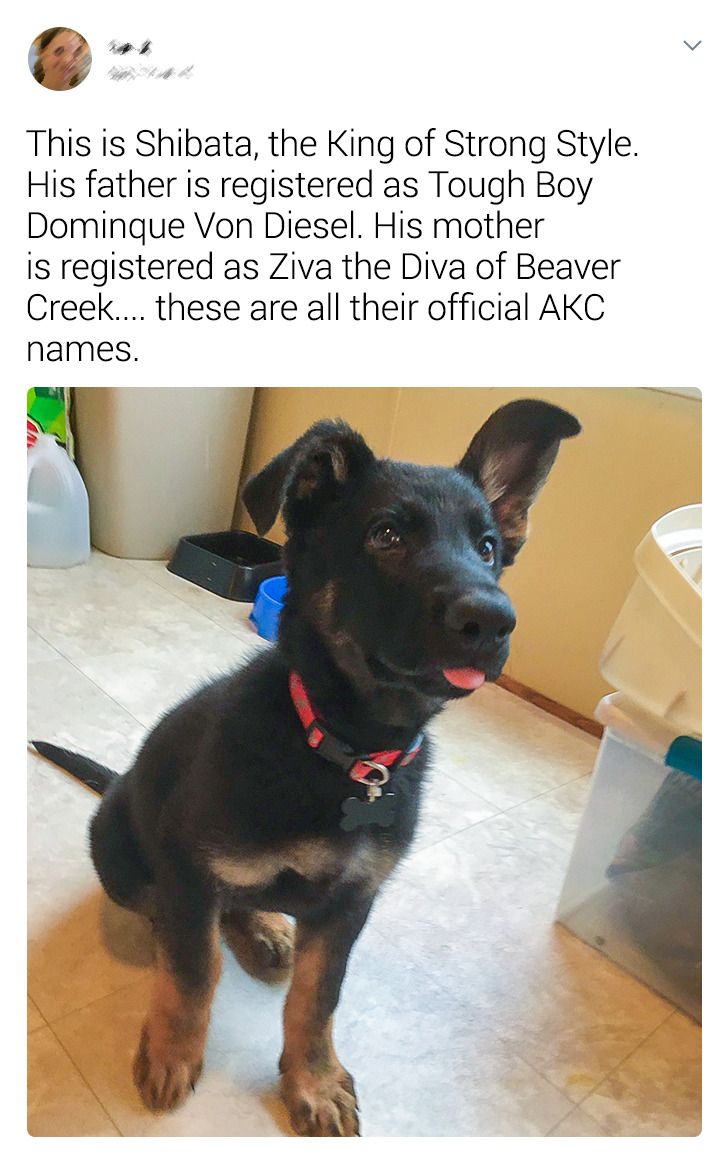 I swear this is so hilarious. I am loving it. The names are so cute and the stories are really fun to go through. I mean you have got to give it to these pet owners for coming up with these amazing names. I mean yeah, they aren’t really names but who cares, they are very cool and the pets recognize them so it shouldn’t be a problem.

Scroll down to continue enjoying some more stories related to pet names.

10. Classic. If I could, I would name everyone in my house Elvis. Love that name.

11. Everytime you call the cat’s name, you are saying something in cat language which would mean something different every time.

One Miao Miao could mean “Come here”, and another one could mean “You suck”. It depends on the cat and how it interprets Miaos.

12. You just don’t associate names like Tinkerbell with a freakin Rottweiler. That is absurd and uncontrollably hilarious.

14. Stan Lee was a legend and I am sure this cat lives up to the name like a boss. 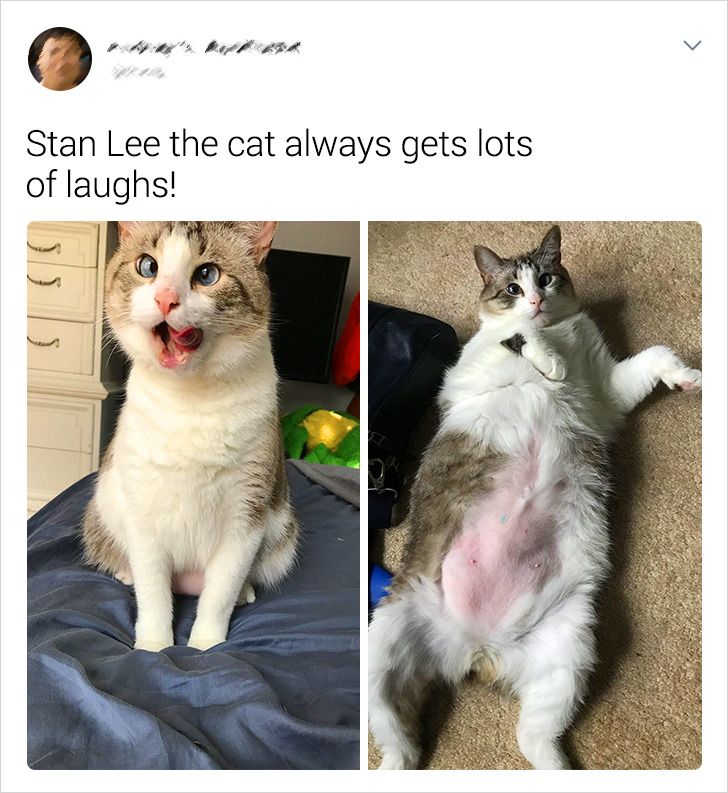 15. This person wins the award for giving the best names to their pets.

16. Why be embarrassed when you were to give it that name.

17. One must always ask the name of the pet if going to grab them from the vet on owner’s behave because they can b tricky at times.

18. This cat has its own surname. That is cool. 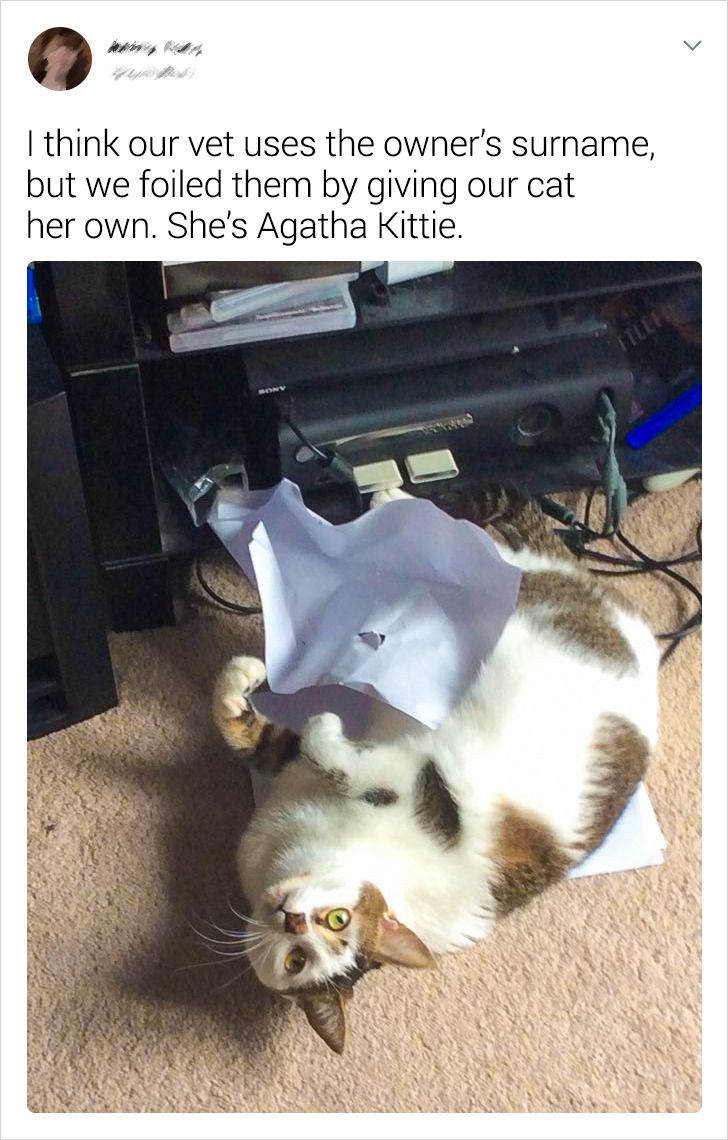 20. These people just go blasting out of the box to come up with names for their pets.

I really hope you guys had a good time going through these wholesome stories. Don’t forget to share your thoughts in the comments section down below.