Life is tough. We already know that. But some people just have the worst luck of all and it makes up for an amazing story.

We’ve all had our share of bad days. Sometimes it just gets worse and worst and no matter what you do to revive the day, it just doesn’t work. Sometimes, it gets so bad that one might need therapy to get that entire event out of their heads. But what sucks the most is some people just never get to experience anything like that. They are the chosen ones by the universe. Now, we’re not saying that they shouldn’t get this easy pass but, we wonder how they get lucky enough to never go through something so bad. We are envious and we feel no shame in saying that.

While many people do not have the heart to talk about what has happened with them, the others just want the world to know. They want the world, the lucky and unlucky ones, and every human to know what they went through. And their stories don’t end normally. They usually are followed by – “but wait, there’s more” and that’s when you know something terrifying is about to happen.

This one Reddit thread was made where people were asked to share their “but wait, it gets worse” stories and people certainly didn’t hold back. Check out what they had to say;

1. The one where Mrs. Green lost control of her bladder. 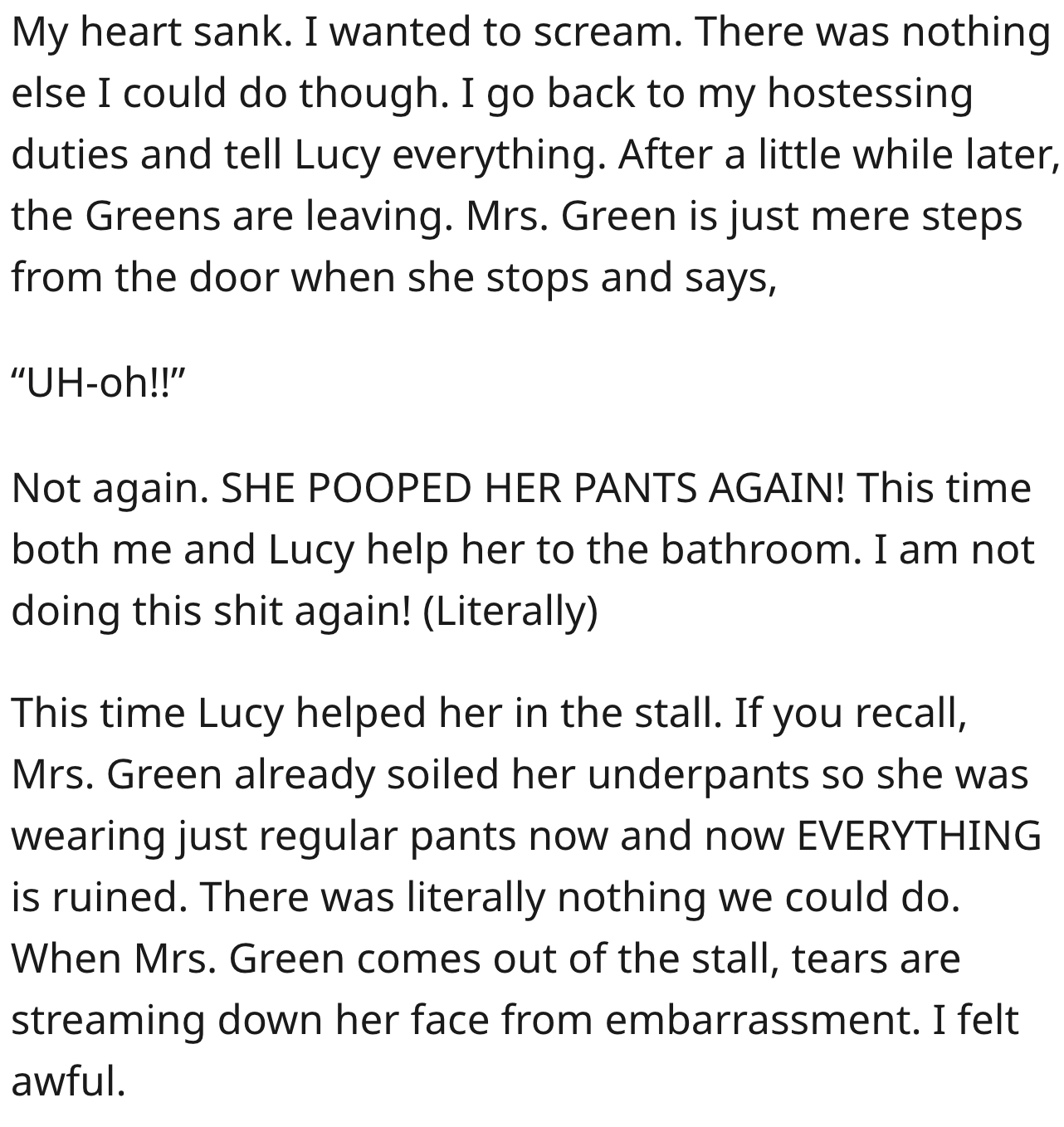 2. I wouldn’t want to get in between something like that

Guess it’s safe to say that everything is ruined now between all three (or four because the other friend did date the cousin without even asking) of them.

3. As if your dogs death wasn’t enough.

You parents decide to throw a huge bomb on you, too.

4. Can the universe just give this poor human a break?

Can’t even imagine functioning properly after going through all this

5. I guess that made their day slightly better

Or, maybe it made it worst. We will never know!

The real world is no good.

7. The one where many stories unfolded.

This one who couldn’t control himself

Two lives were ruined that day.

8. The hurricane that takes it all away.

It was bad enough already but even the nature decided to mess up someone’s life.

9. One has to be on another level of careless to do such a thing.

Twice?! And breaking your own foot. Wow, man, seems like you need to take a breather.

10. The year of failed events

And the year of survival!

11. This family who had to face the worst of lucks

We hope they had a happy reunion

12. The life of an abandoned child

13. A date with the cheating racist

It’s better to eat alone than with someone like that

14. This unfortunate man who was clueless.

He felt that pain for 2 weeks. Yikes!

Alright, I thought things could get worse but for them to get this bad? Never imagined that! Some of these were truly hilarious but the others just heart wrenching. The universe is against some people and now it is pretty evident. Have you ever experienced something similar? Or do you know someone who has the worst? Let us know in the comments section below. Maybe we can sympathize and empathize a little just to make them feel better!