Cat owners should date someone who likes cats.

Being a cat owner and at the same time being in a relationship with someone who does not get along with your cat can be complicated. We have seen people breaking up over a pet. If you are a pet owner and planning to date someone, make sure to introduce your girl/boy to your pet first. It’s a pass if your pet approves them and doesn’t show any kind of aggression towards them. Today, we have a story of a young cat owner who is dating a 29 years old man. At first, the cat was very friendly with him and both seem to get along pretty well but after some months, the cat started hating her boyfriend. OP is not sure why is her cat acting so aggressively towards her boyfriend and has asked Reddit to help her out of the situation. Scroll down to read the whole story.

2. OP’s cat has always been extremely affectionate and loves to be held. 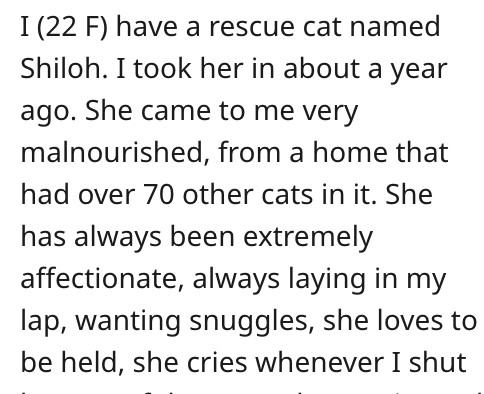 3. OP’s cat loves it when she has people over. 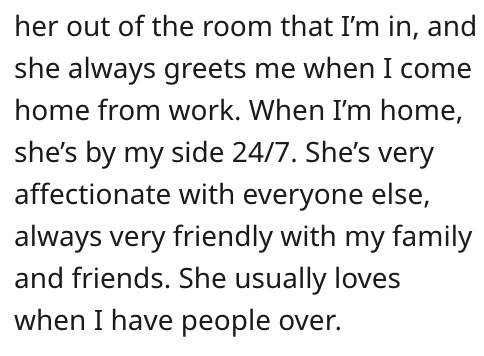 4. OP’s cat got along her boyfriend pretty well but the past month, she has not been letting him pet her. 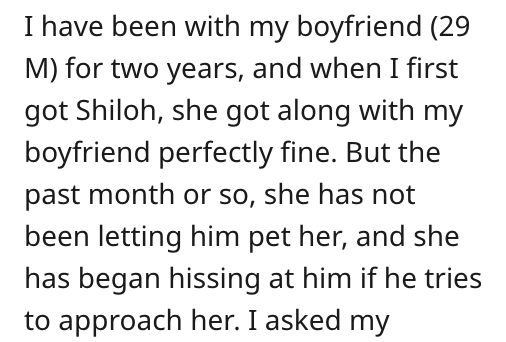 5. OP asked her boyfriend about it. 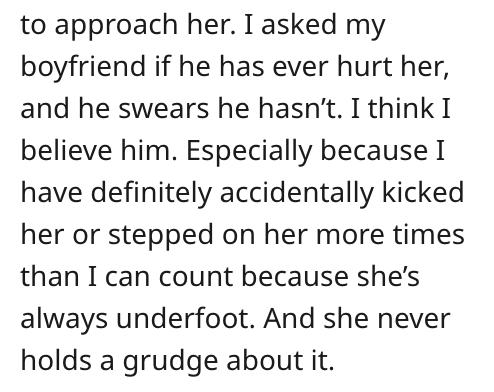 6. OP’s boyfriend is slightly allergic and does not like her sleeping in the bedroom. 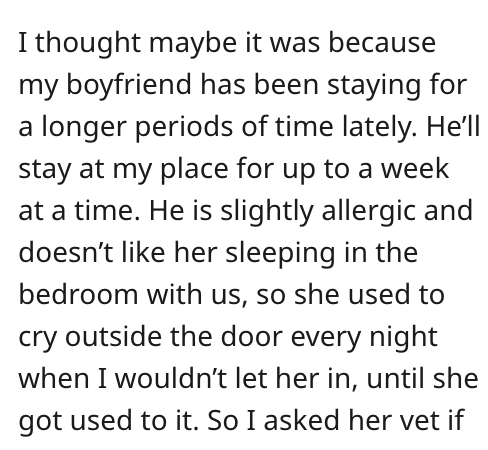 7. Is OP’s cat getting jealous of her boyfriend? 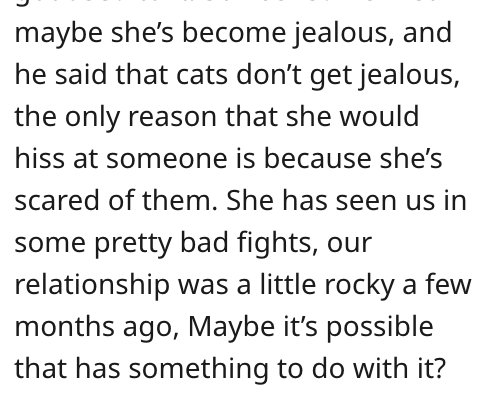 8. OP’s boyfriend has never been a fan of her cat. 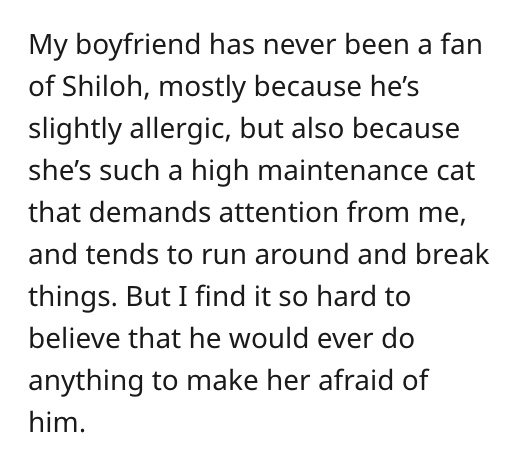 9. Should OP trust that her bf does not mistreat her cat when she is gone? 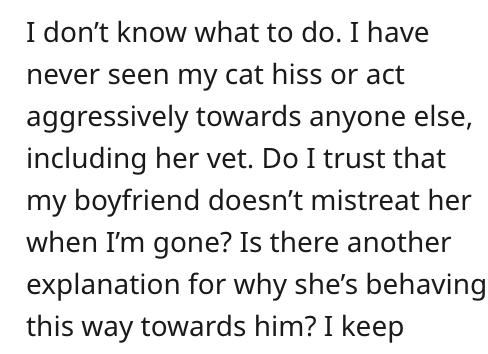 10. OP’s cat is getting aggressive day by day towards her boyfriend. 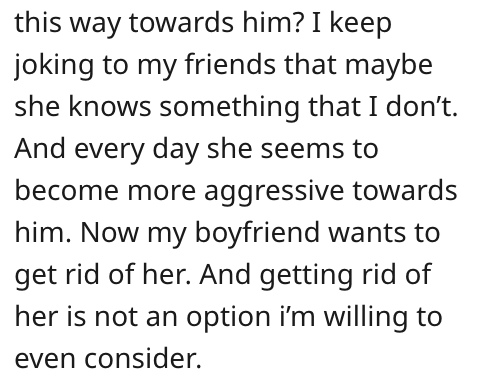 It is suspicious that the cat has suddenly started hating OP’s boyfriend. OP’s cat was very friendly then why has she just started hissing at him? We suggest OP to set up a hidden cam to get into the details. If she really believes her, she should also trust her cat. Camera recording will clear everything if her boyfriend is innocent or if the cat is just acting weird for no reason. We don’t know about cats getting jealous but one thing we know for sure is OP’s boyfriend is getting jealous of the little kitten. Scroll down to read what people have to say about it.

11. Mend the relationship with the cat and boyfriend. 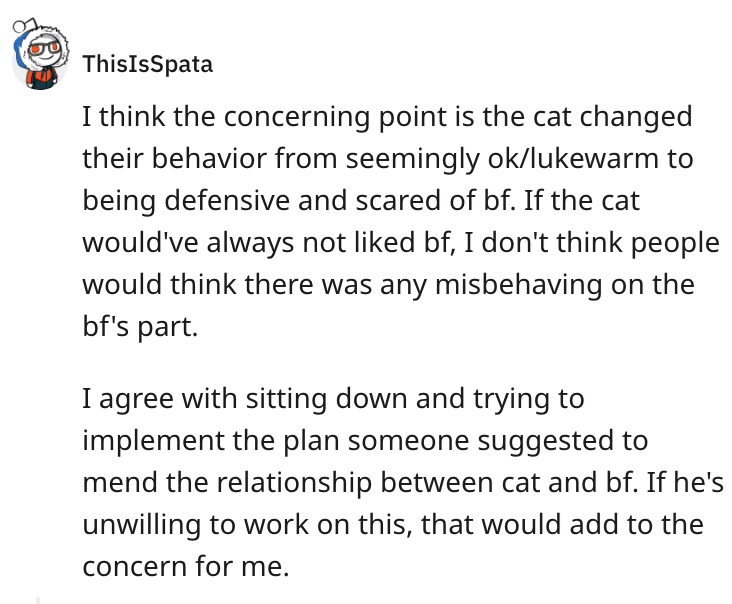 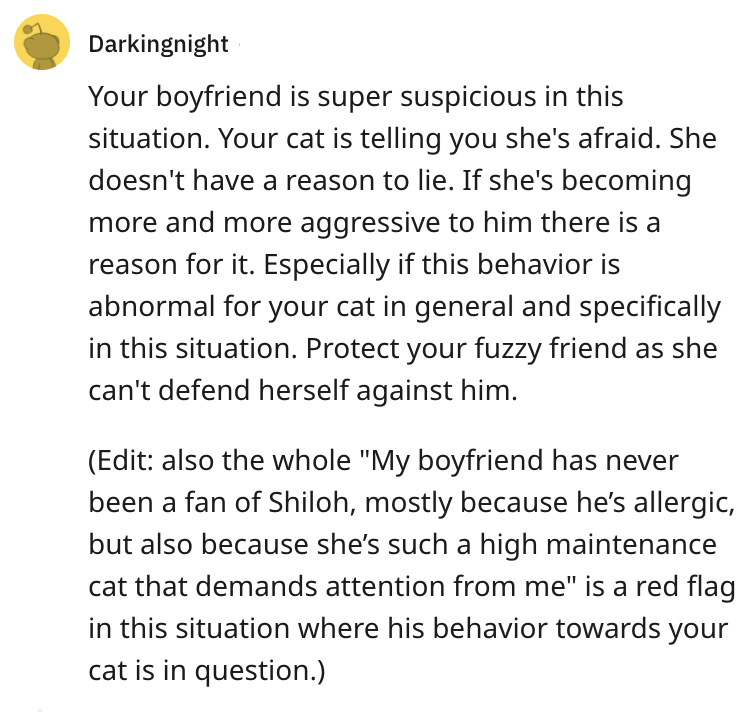 13. Cats are cats and there is no proof that he mistreated her cat. 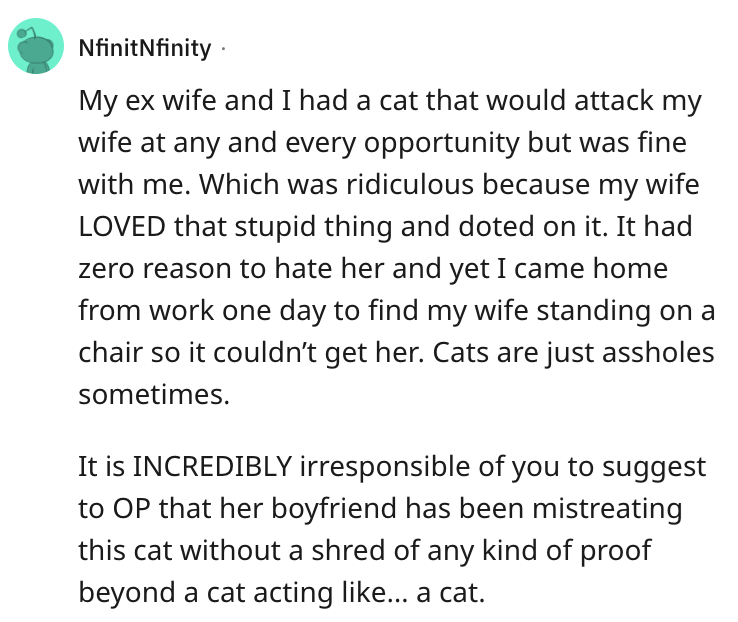 14. Cats start hating everyone as they get older. 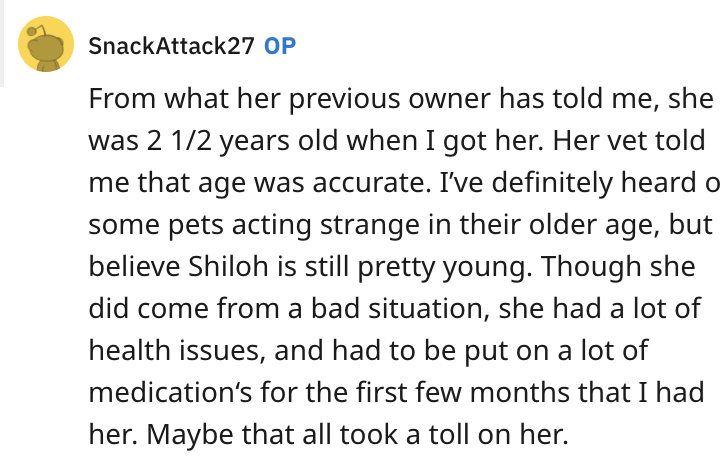 16. Someone is getting into the details. 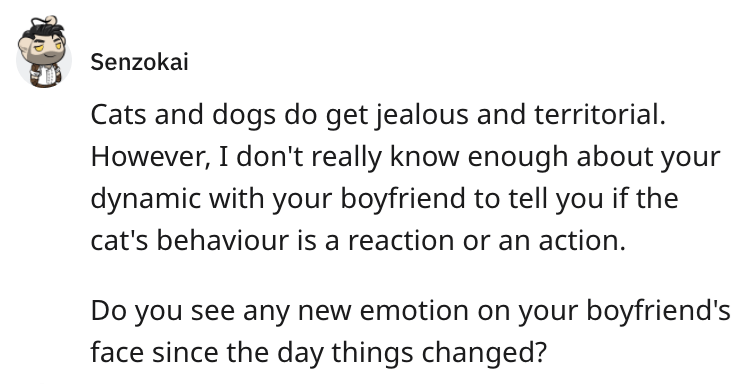 17. OP’s boyfriend blames it on her cat for being too clingy. 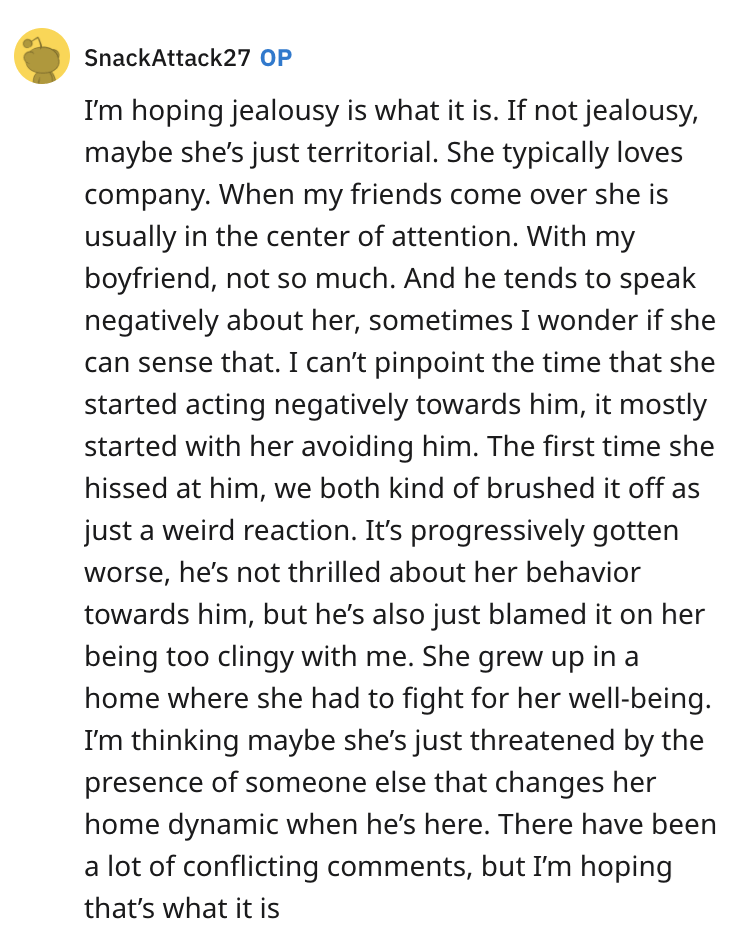 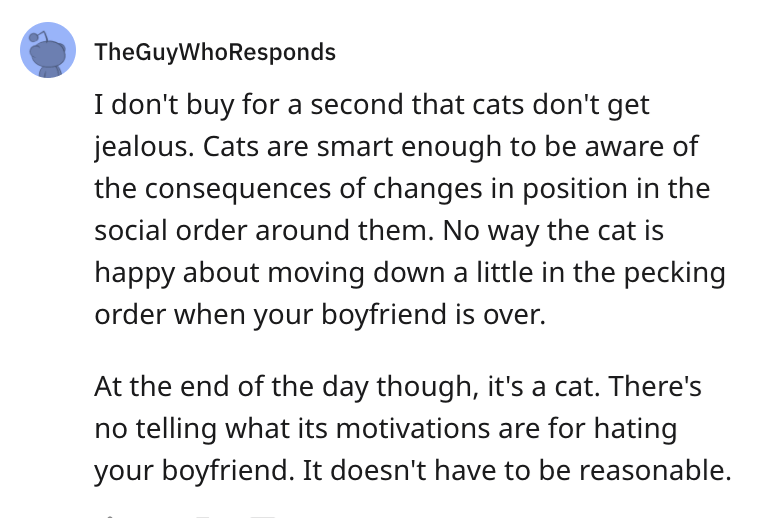 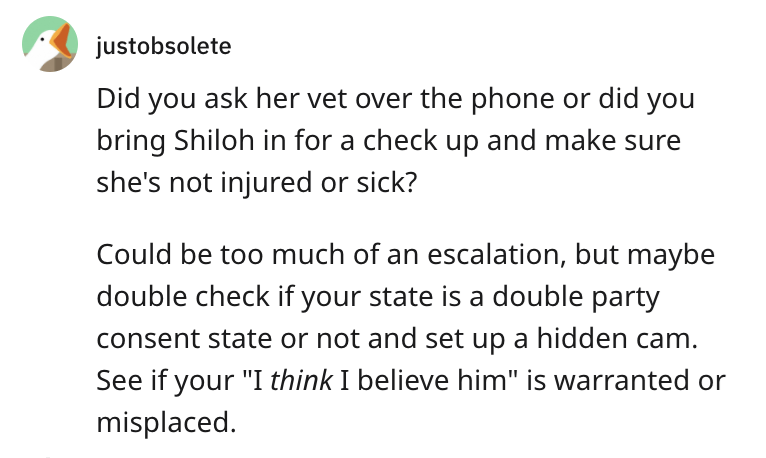 21. OP takes Shiloh for regular checkups to the vet every month. 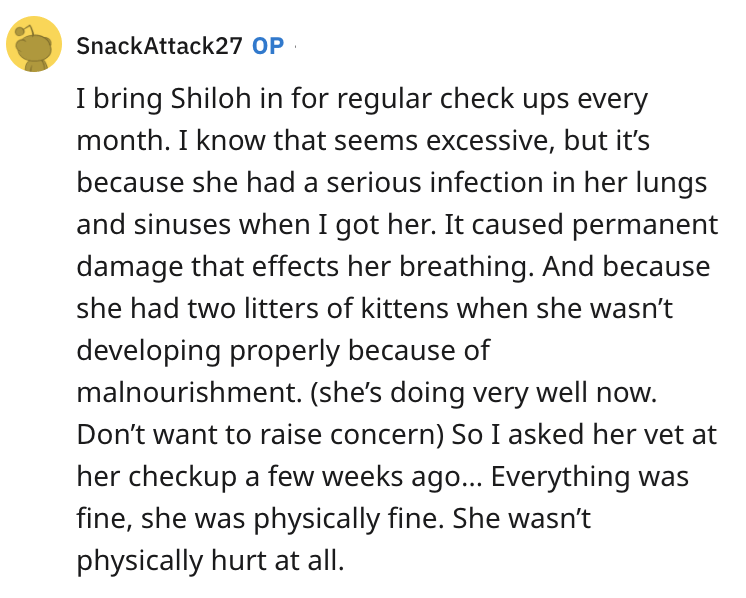 What do you guys think? Is the boyfriend innocent or the cat is acting strange for no reason? Is there something suspicious about their relationship? Comment down to let us know your thoughts.