Revenge isn’t for everyone.

Some people tend to let things go and move on rather than hold a grudge. And I’ll be the first to admit that I am one of the latter people because I just don’t have the confidence to actually take revenge on someone. Maybe that is the reason these types of revenge stories are my absolute favorite. These people are doing things that I was never able to do.

So if you are here to seek the same feeling of satisfaction, you’ve come to the right place. Rather than just featuring one story. We have five juicy ones for you. The folk who were ‘dissed’ in these stories certainly deserved all they got and more. So scroll on below and take a look for yourself.

#1 So this person apparently did not have a set schedule.

At least that is what they thought since they even got reprimanded for this exact reason. 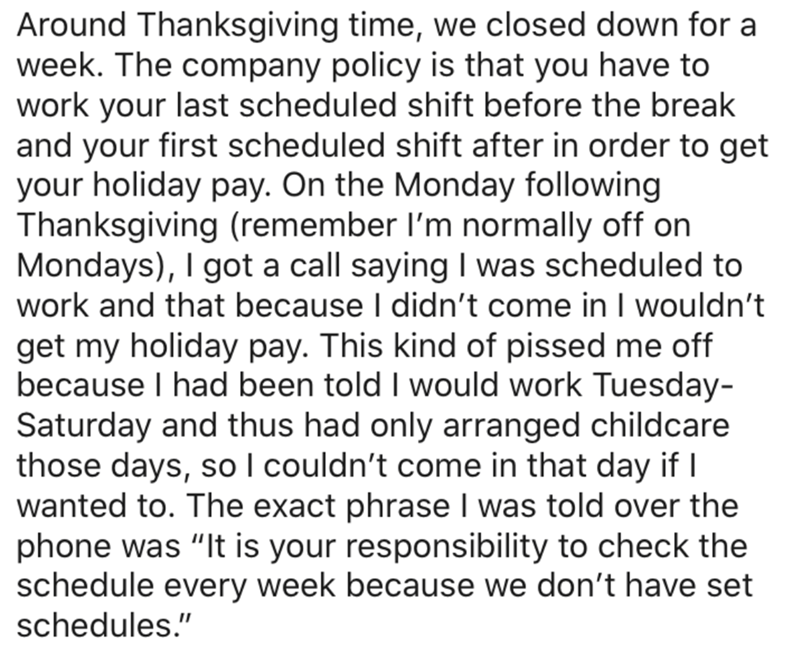 So when they got the chance to flip the script, they did so without any hesitation. 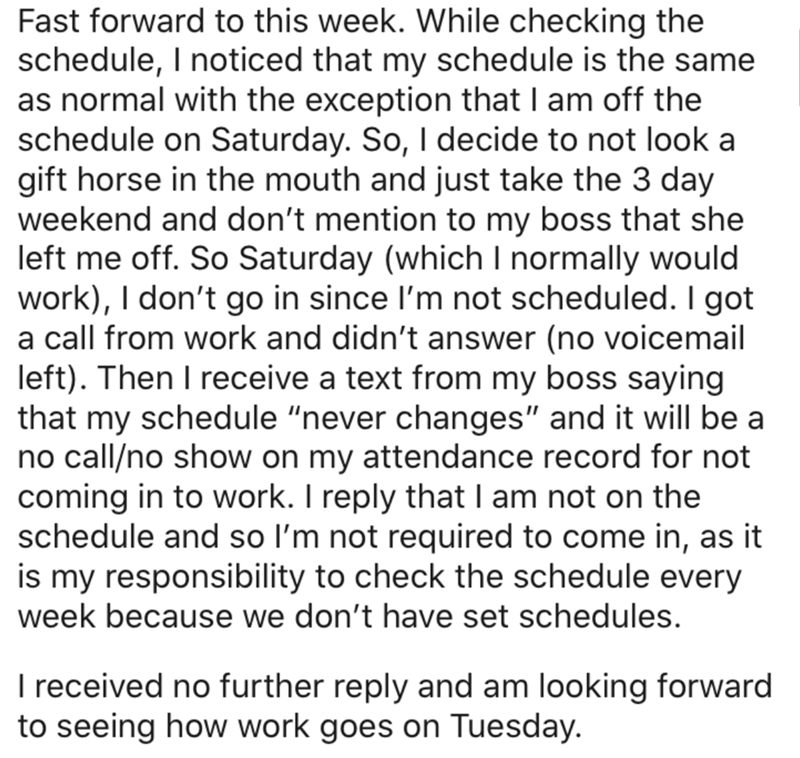 Good job throwing that shit back in their face. It sucks that they screwed you out of pay like that. I would occasionally forget to put someone on the schedule (I had 30-40 employees depending on the season and would forget things from time to time) and when they’d let me know why they weren’t a no call no show, i would admit my mistake and we’d move on. Hopefully, this will be the case for you. –merdanodes

#2 I never understood why so many people do this. 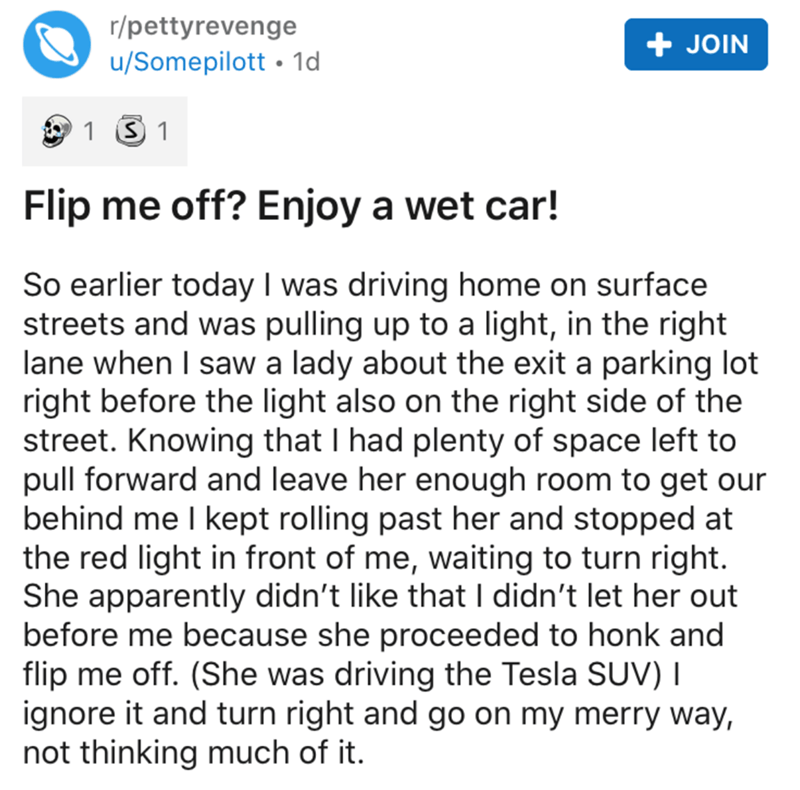 Road rage is nothing to be proud of.

Honestly, she deserved all of that. 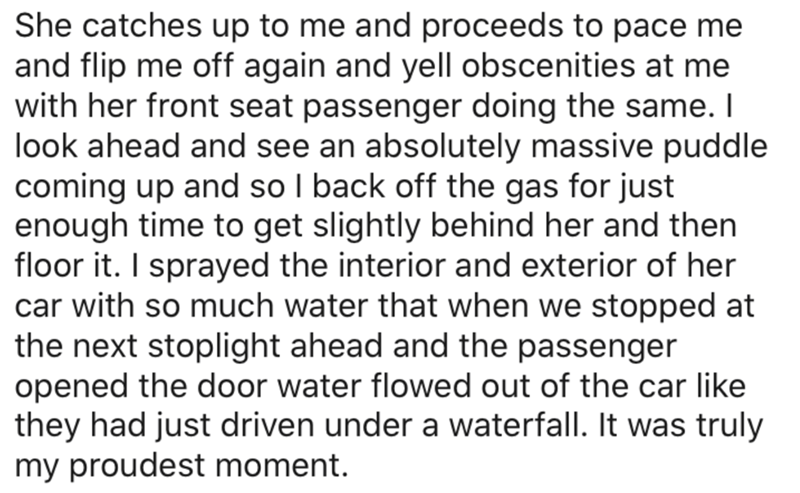 #3 This is quite passive-aggressive and I love it.

I did a similar thing with my boss’ desk phone — I unplugged it, and then taped the plug to the desk and put the phone on top of it. If you didn’t physically pick up the phone, you didn’t realize that it wasn’t plugged it.

Then I added a tiny bit of software called “MacPuke” to his computer. Every time he ejected a floppy, the computer made a puking sound effect.

#4 A job doesn’t make you a lower or higher status. 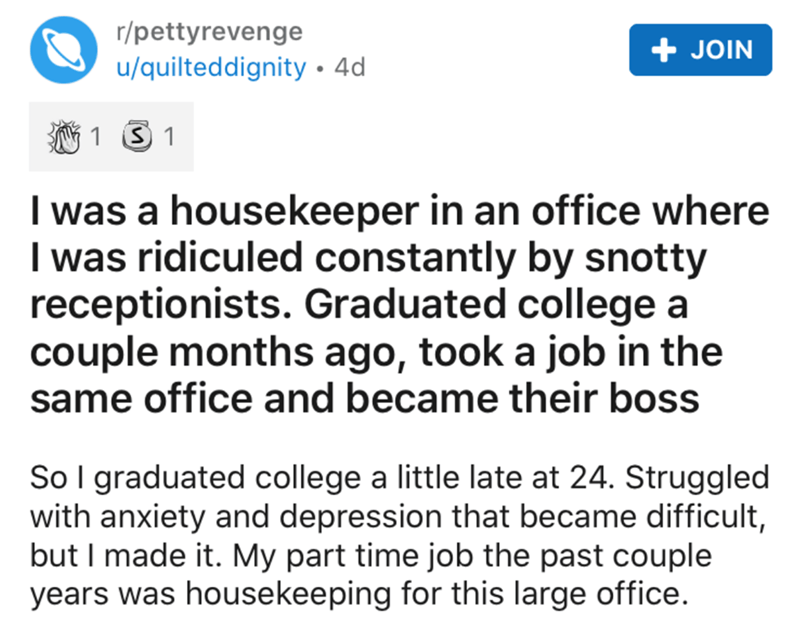 Just because you work in a higher position doesn’t make you any better than another human being. 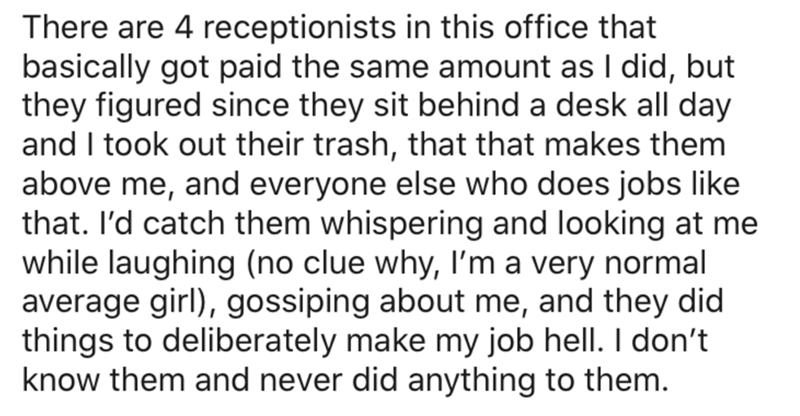 Whether it’s the director of the company or the janitor, we are all equal. 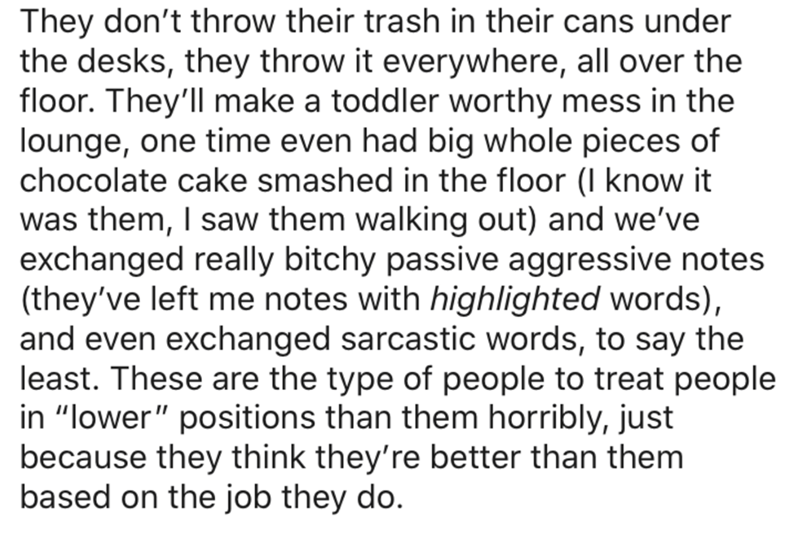 It is not at all immature to wanna teach those women a lesson.

No job should be considered ‘lower’.

However, what is not reasonable is asking your ex-girlfriend to do that.

No matter how much you say you want to be friends after a breakup, they are always hard feelings. 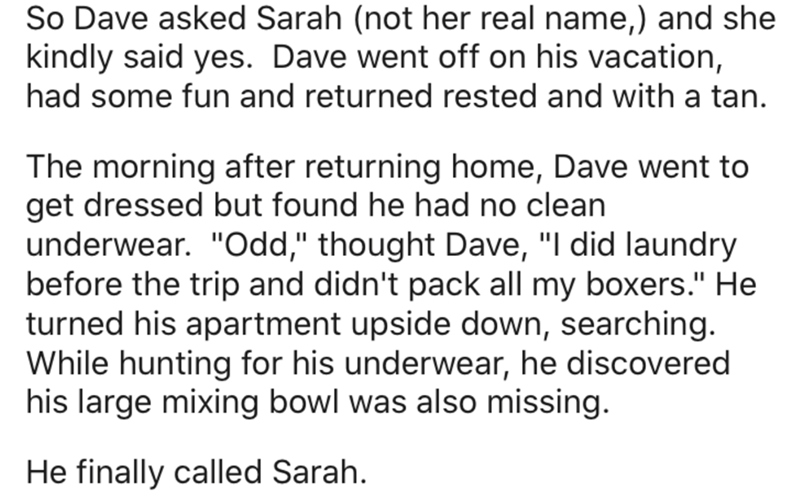 I have no idea what happened between these two.

But it seems the girl wanted to teach him a bit of harmless lesson.

In a similar vein, (heard third hand, so may be apocryphal) some fine gent went away for a week, and told his then live in girlfriend it was over, and to find someplace else before he returned.

He got home, no there wasn’t anything out of place, but the phone was off the hook (back in the days of landlines). He picked it up and heard a voice saying something he didn’t understand. He hung up and thought nothing of it, until the bill arrived.

Turns out the voice was from an automated time and temperature number. In Tokyo. –rjnerd

Have any petty revenge stories that you wanna share with us? Let us know in the comments below.