Cats are sensitive, affectionate, vigilant, curious, kind (only sometimes), dominating, and a lot more. Although, humans have constantly studied as well as observed cat behaviors there still remain a lot of feline behaviors that still need to be explained. In short, anybody who wants an all-time entertainment should definitely own a cat. A cat’s personality is not just a set of traits rather it’s a whole ‘mood’. These furry felines are highly unpredictable, they sure are extremely adorable but you never know what might change their mood in a blink of an eye. Well despite all this we aren’t even complaining since these meows are purr-fect just the way they are.

There could be a hundred things that would make these fur-balls happy but a single move against their will could make you bear the kitty-wrath. You truly need to watch out while being around kitties. They absolutely cannot hear a no, if only if you ever dare to say the n-word you’ll have to deal with the consequences. you might have to get an extra ton of tuna to lighten up your furious little kitty.

Cats do not stay back in expressing what they are feeling, their body language tells you a lot about their mood. However, these kitties also have a solid expression game, nobody can beat them when it comes to their cat-titude. We have brought forward a few similar instances where humans must have done something which annoyed their kitty queens and had to thereby bear the feline fury.

Keep scrolling to see how flawless are these kitties in throwing tantrums, their exasperated expressions have a lot of stories to tell!

1. Oops! you did it again and someone isn’t happy about it

2. Alexaaaaaaa, shut this human inside

3. You think that’s funny? I doubt your sense of humor hooman

5. You know the rules, you cuddle me for an hour or I ain’t handing it over

Cats are known for giving dead stares and bothered looks, if they don’t like something happening around them, they’ll shamelessly tell you that, through their expressions. You might have had an idea of who is the in-charge here until now by looking at the pictures above. Could our furry companions be more adorable?

8. Yup, I am still up and staring right into your soul, meow-hahahahaha

9. A bunny who likes a cat when he is angry. Oh wait, it is the other way around.

10. Felines it’s time, the sun has set, we now attackkkkkkk

11. The weapon of mass destruction

These whiskers sure are pretty annoyed! Cats have short-term fuses which get shot pretty quickly. The best thing to do at this time is to give them lots of attention because cats often become anxious/irritated when cornered. Your cat might want to be the only center of your life, which might become a little tricky for you if you’re in a relationship and also own a cat. Boy, you need to keep both the queens happy or else you’re doomed. The owners must have admitted all their undone mistakes too, just to make their long admired feline pets happy. Keep moving to see some more enraged paws, who look absolutely a-mewsing!

13. Hey Bella, we’re going to make this face to scare our human once he enters

14. Sit dowwwwwwnnn, I am not done yet

16. Albert has officially put a purr-few on work

17. The fangs of evil kitty

Don’t fall bait for those innocent eyes, silent meows, and paw licking. There’s a lot of unseen evil, but I guess we willingly give up when it comes to our meowing pets.

18. Those fiery eyes say it all

19. The tail of a claw-some kitten

21. “You can see by his eyes that he’s not playing games”

23. Are you furring kidding me? Do I look cute to you, when I am pure evil?

No matter how moody your cat is, you still can’t deny the fact that these furries make life so much better. There isn’t a single dull moment with these meows being around. They anxiously wait for you to come home after a long tiring day and they never disappoint to brush off all the worries with a whisper of a meow. With all this kitty gorgeousness around, we’d totally be fine with our kitties being a little moody at times. It wouldn’t be wrong to say this is a world of cats and we just live in it.

If you’ve got a story to tell when you fell victim to the kitty-wrath, do tell us about it in the comments! 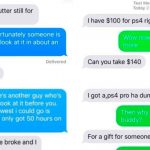