Watch how nature did its magic on these animals.

Everyone in this world is unique from another. We all hold our unique identity and we all have at least one thing that can be used to differentiate between or identify one another. That’s the uniqueness of nature. Look at all the million facial expressions that everyone is gifted with, each different from another. Take fingerprints, for instance, no one on this planet has the one you’ve got and it is the same for the animals too, everyone is unique and amazing in their own way, all thanks to nature But this is mainstream conversation. This is how naturally things are.

But nature is far more creative than we all think it is. Speaking of animals, there have been times when nature decided to be extra courteous and gifted them with a little extra than the others. You don’t classify that gift as uniqueness, you categorize that as eternal gorgeousness and rarity. Something that does not happen too often and should be cherished at all costs. because it is too late. After all, times are tough and if we ever had a desperate need for a binding agent, it is now and that binding agent is these animals gifted by nature.

Let’s take a look at 21 examples of these gifts that animals received from nature. Oh nature, please be this generous on us as well.

1. Just one of those situations when they copy your homework but change it a little. 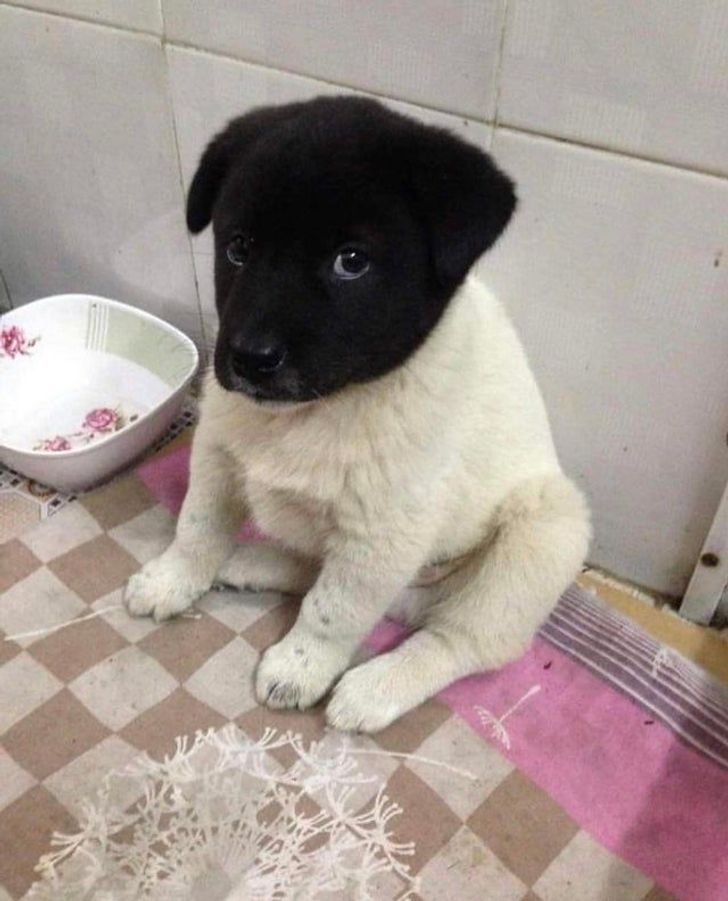 You can’t ever compete with nature. There are an infinite number of possibilities of what it can do, combinations upon combinations. Huge and kinda scary, the scale, if you think about it. Just mindblowing.

2. This lucky family adopted2 adorable kitties and within a week of adoption, they have spotted 7 hearts on one of them so far. Here’s River, the King of Hearts. 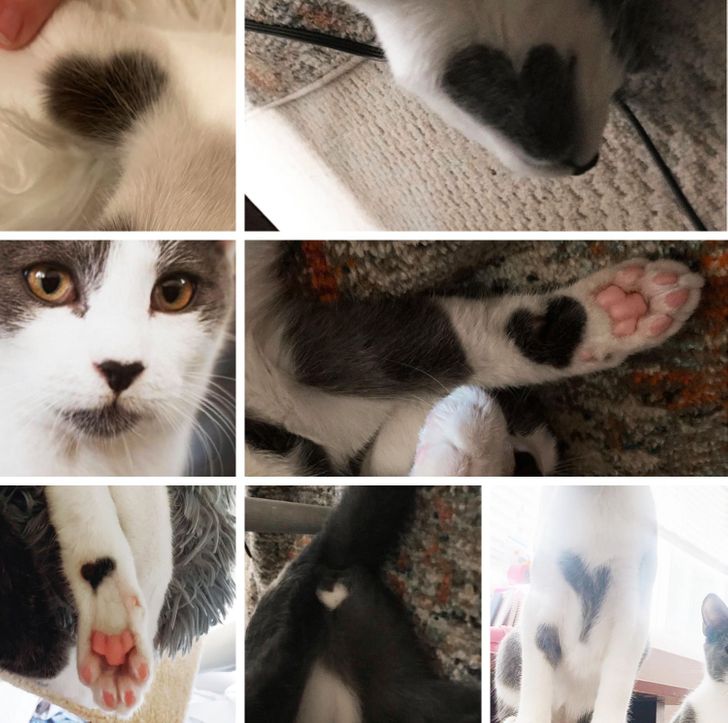 3. This cat owner spotted a heart on their kitty’s nose. A seal of love, never ending love.

By the way, those green eyes that you see, are the rarest colored eyes in the world. That’s a double duty by nature. 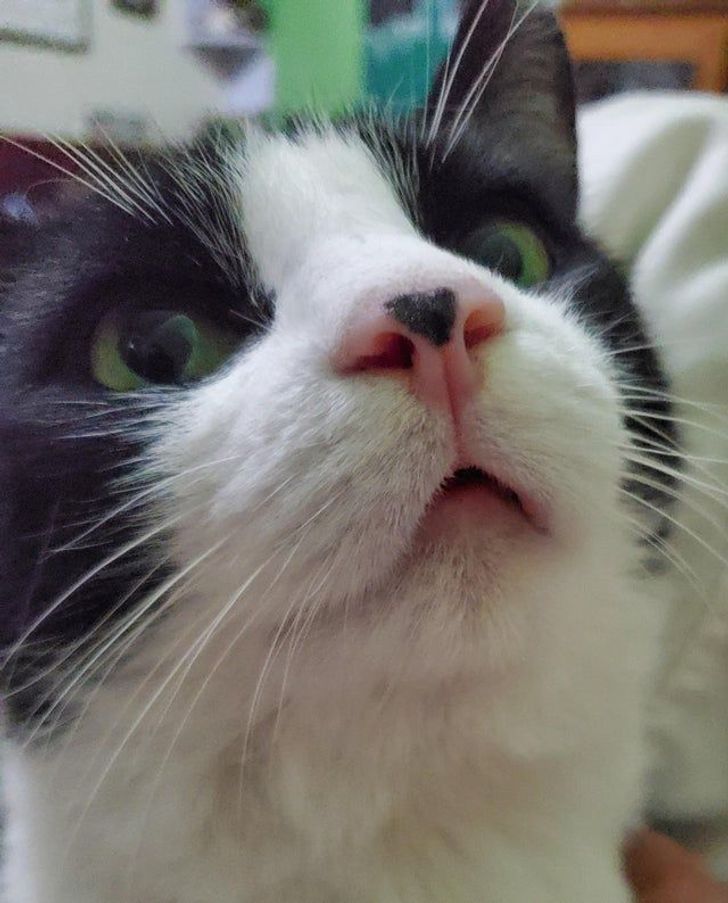 4. This nature gifted lilac-breasted roller who seems to have dyed her fur multicolor was spotted in Ngorongoro park, Tanzania. 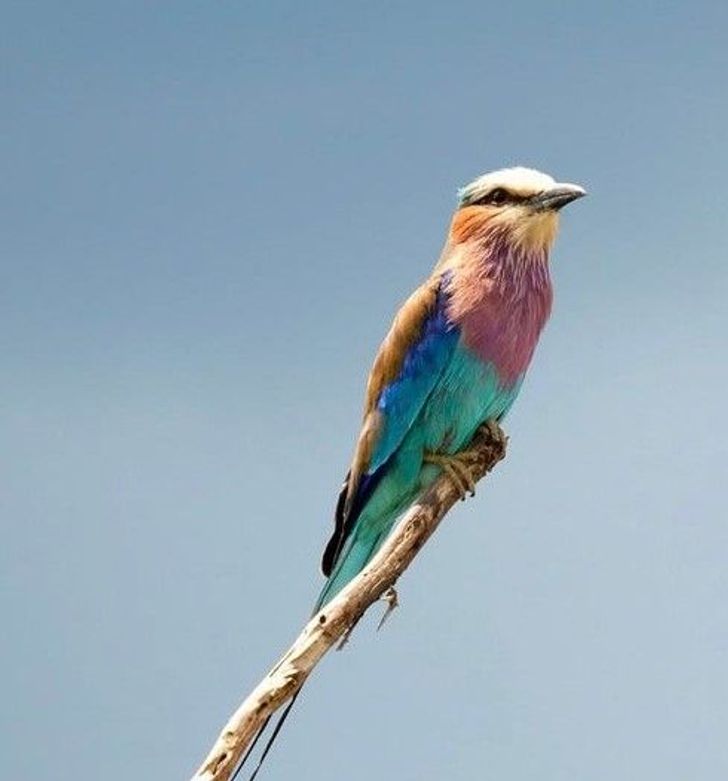 5. Here’s Oliver, an act of nature that has heart-like freckles on its nose. 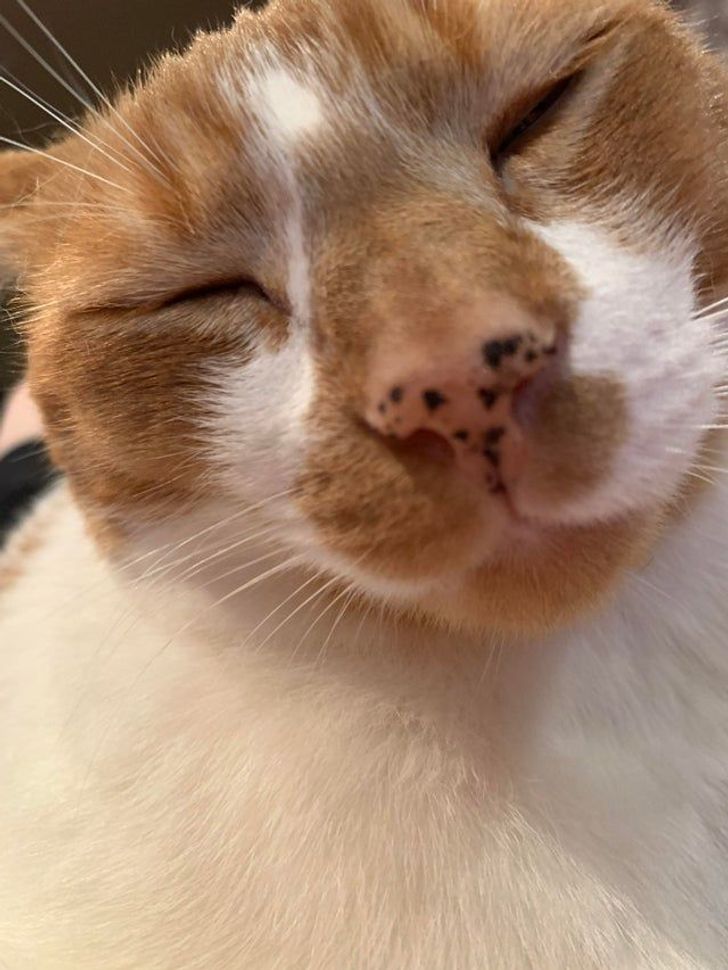 I’ve heard chicks dig freckles, Mister Oliver over here has a bright future in that department then.

6. It seems as though the printer ran out of ink just when it had to print the face so nature decided to pick an ink at random to complete the project.

Turned out to be a gorgeous project if you ask me. 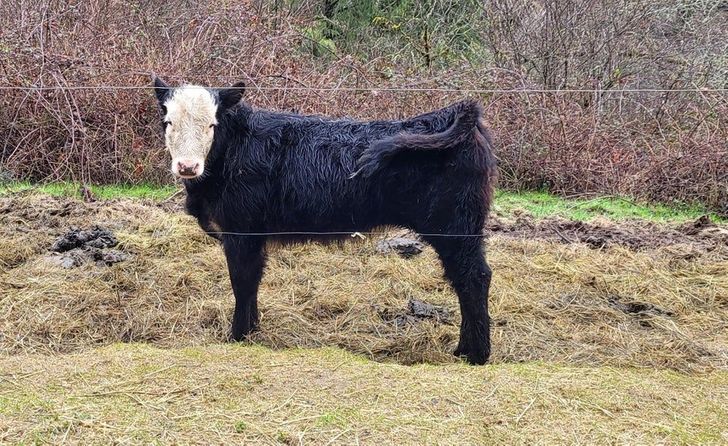 7. Is it just me or does this cat actually look like it has got 3 layers of whiskers?

It also looks like a cat straight out of Far Cry, if you have played that game you would know. So colorful and perfect. 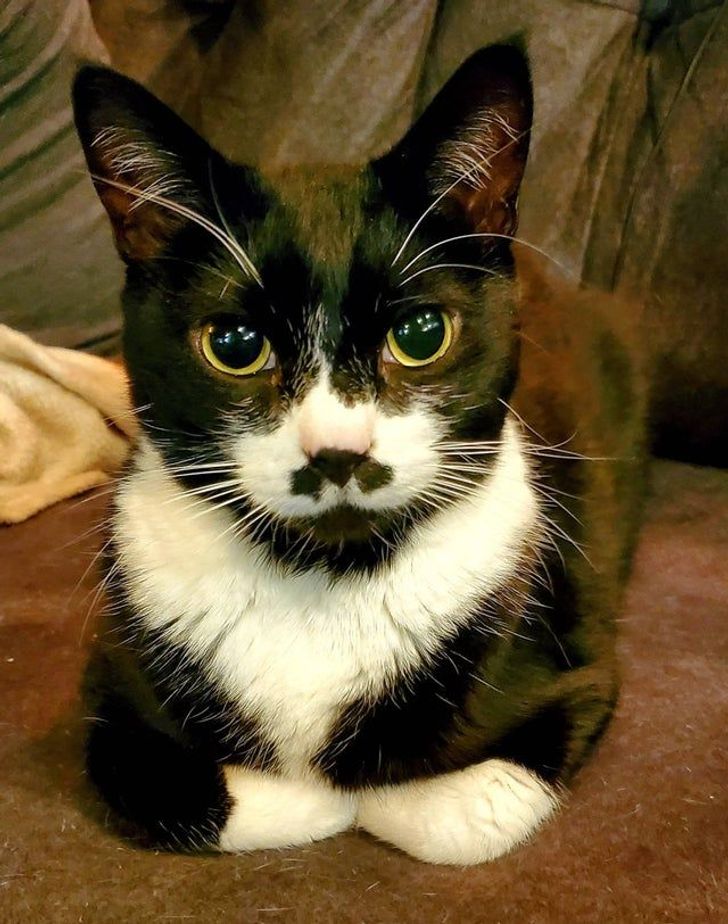 8. This woman’s boyfriend thought this cat’s multicolored eyes look creepy. No sire, you do not understand beauty if you think that way. 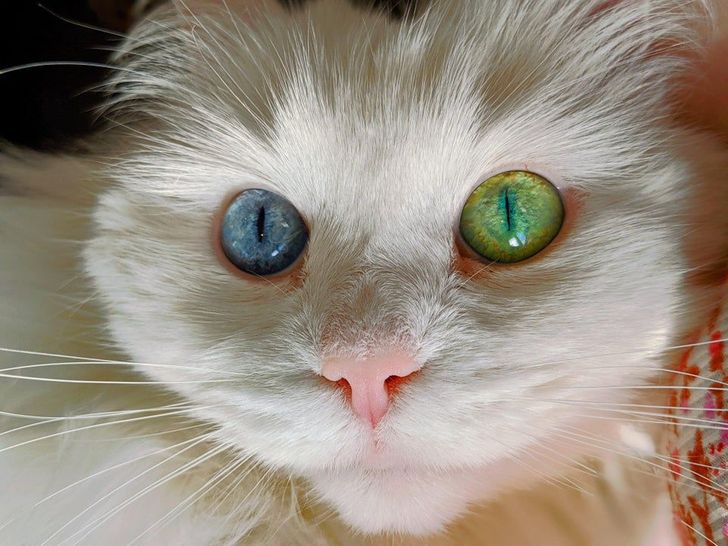 Ever since I laid my eyes on Moji the Scottish Fold, I am absolutely in love with animals who have different colored eyes. So rare and majestic.

9. This adopted kitty’s owner noticed it had a built-in microphone as soon as they brought her home.

Now either she had worked at a call center before coming to its new forever home or it’s used as a device to communicate with the cat gods. 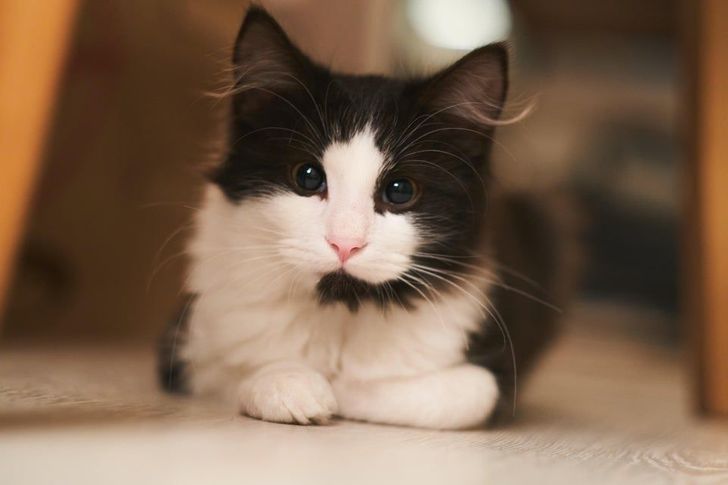 10. Meet the very gifted Echo. It is a bi-color crested gecko that’s covered in black spots. 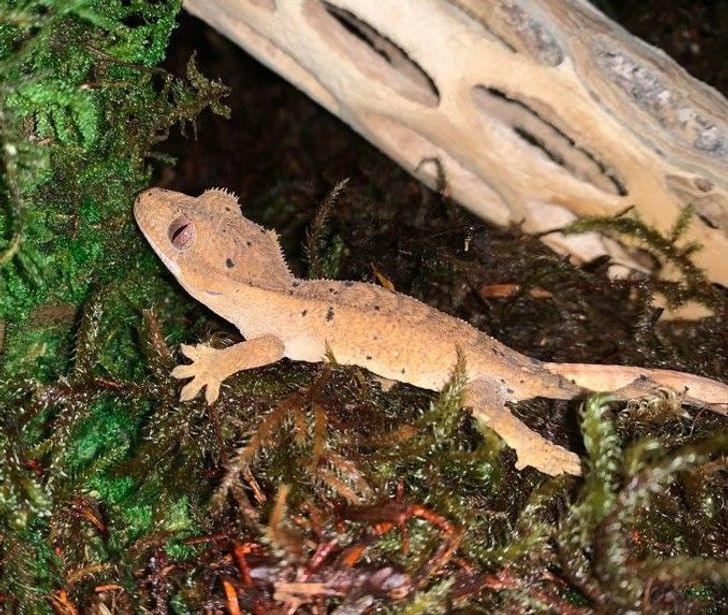 Wow, mother nature, is my head going numb, or is nature really trying to make us all jealous with all these artistic creations? My god, all these animals look so amazing and the mutations suit them so well. I am totally windblown. That’s the beauty of it. You don’t question it and just admire it to the fullest.

11. The most gorgeous eyes one could be blessed with but my question is, why does nature keep running out of ink cartridges?

I swear this is the third case we have seen in here, so far. 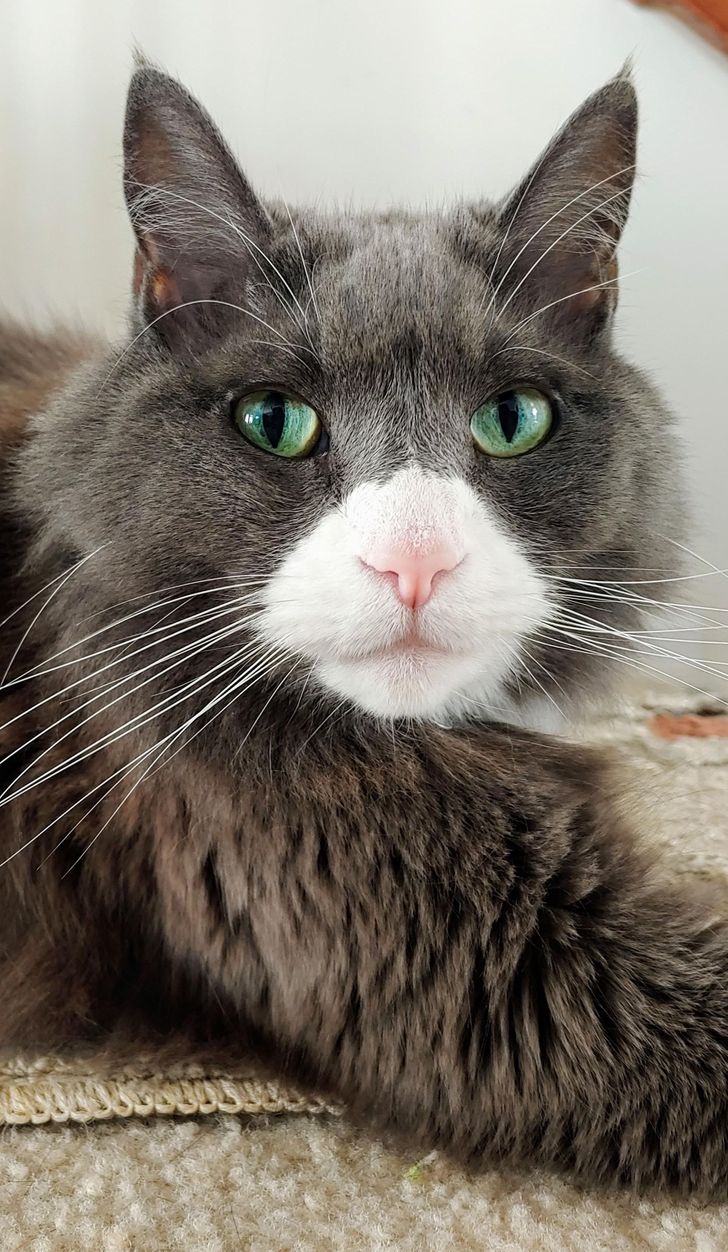 12. Oh my god, did we just witness a rainbow colored snake? That too 16-feet long. All I can say is wow! 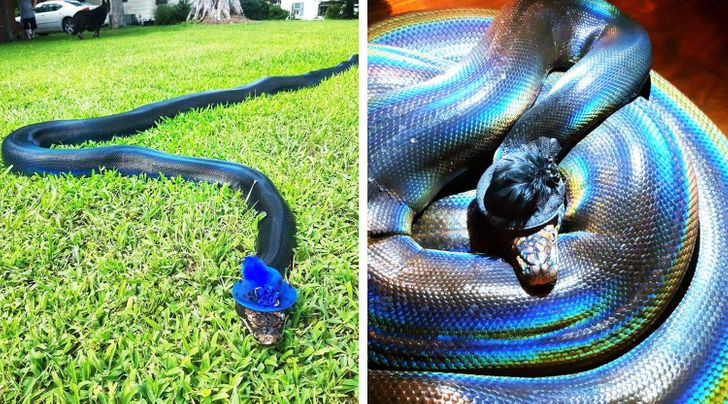 13. Say hello to Dexter. I don’t think I have ever seen a stronger eyeliner game than Dexter’s.

Something the whole world worries about, he got gifted it. 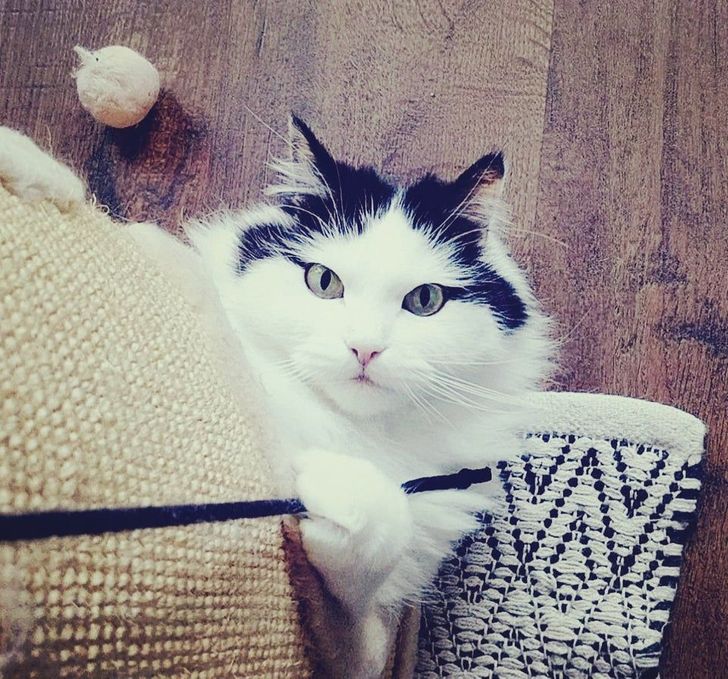 14. A very rare and gorgeous blue lobster for everyone to cherish.

This blue color is a blessing of a genetic mutation that causes them to produce a certain protein in a huge amount which gives them this color. The chances of such a mutation are 1 in every 2 million. So we better cherish these extremely one of a kind creatures. 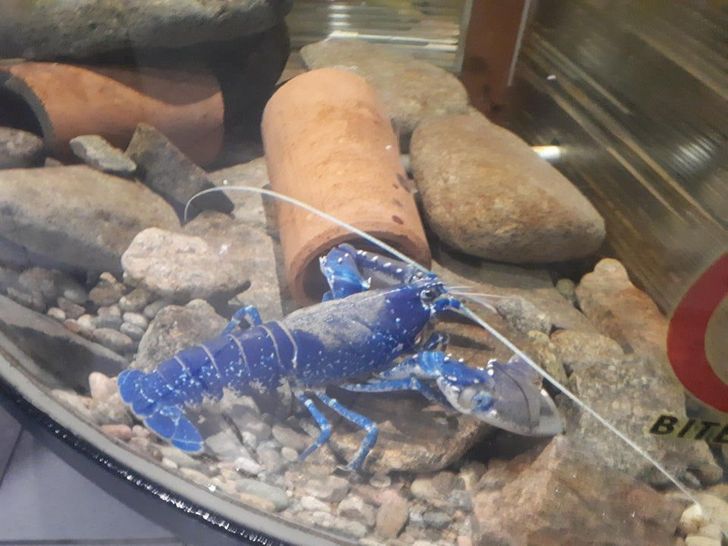 15. We’ve got another contender for the best eyeliner game, Bella.

She also seems to give one of those gothic looks, perhaps she likes punk rock. 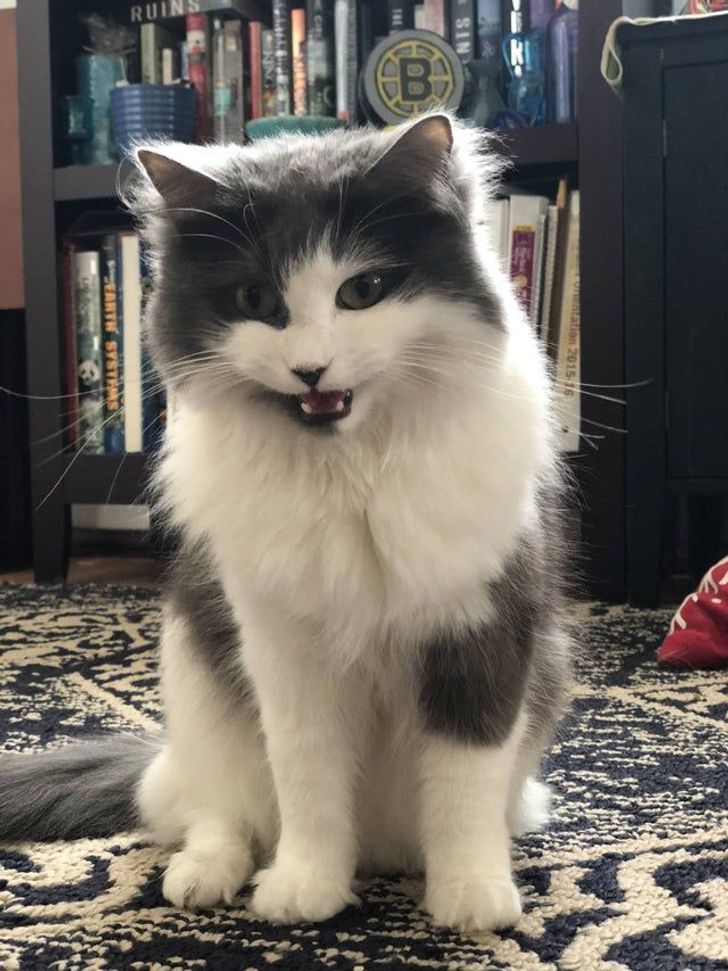 16. Meet this gorgeous Alaskan, Nolan, who has got blue eyes. So gorgeous! 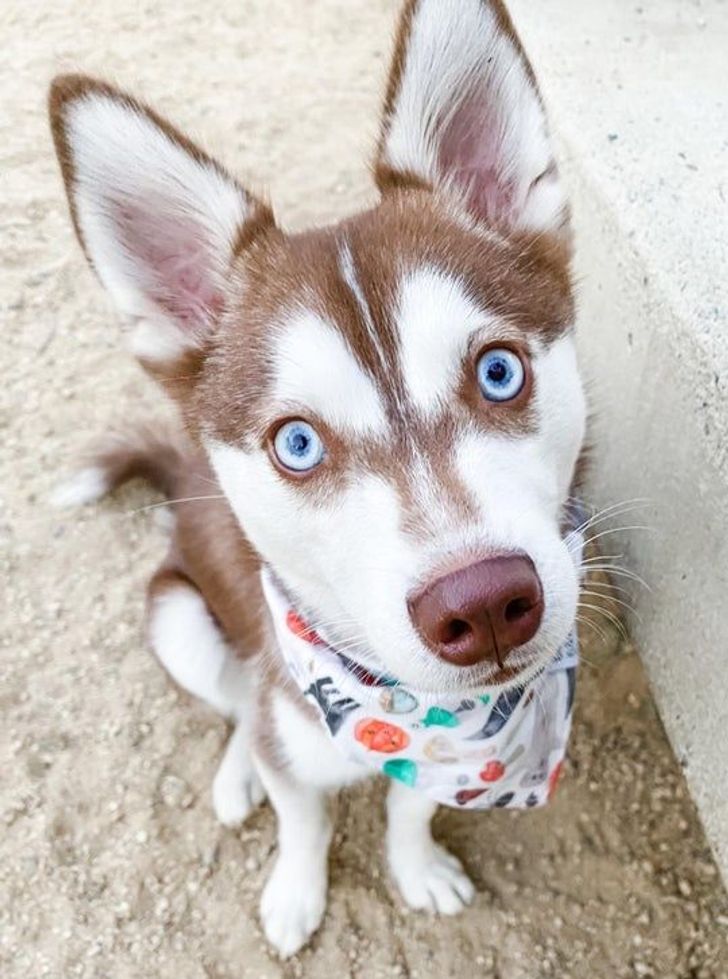 Blue eyes are not as common as they once were. They suit damn good on this doggo.

17. Ladies and gentlemen, after natures amazing efforts of blessing cats with multi colored eyes, we present to you multi colored toe beans. 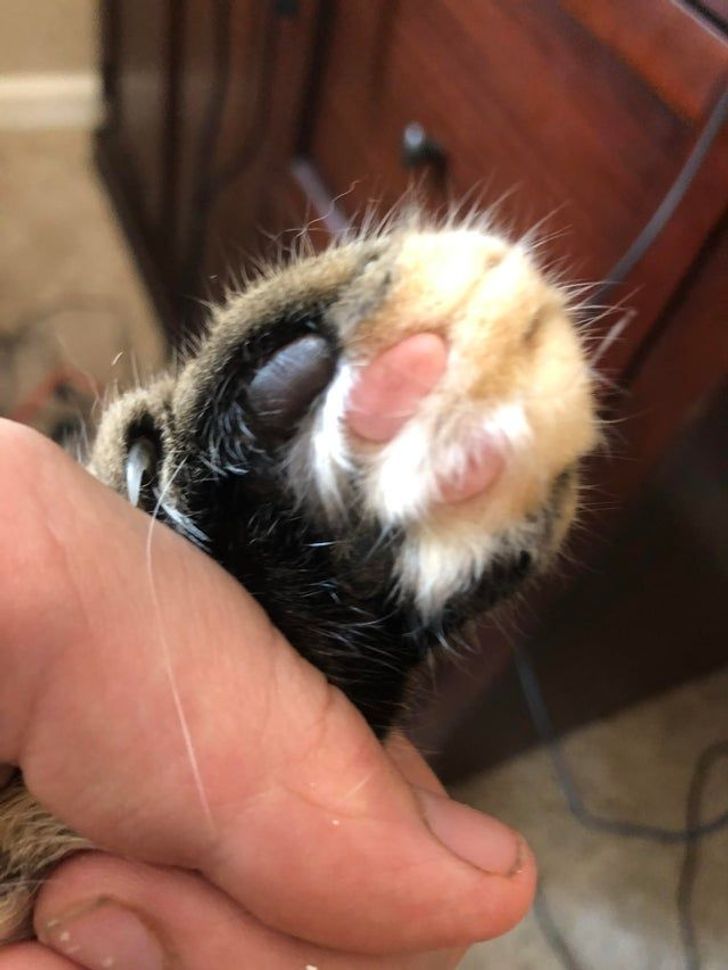 Your head just doesn’t go there at all.

18. Meet Barry. He is gifted with a mustache that makes it look like he is always smiling.

I wish I had one of these. 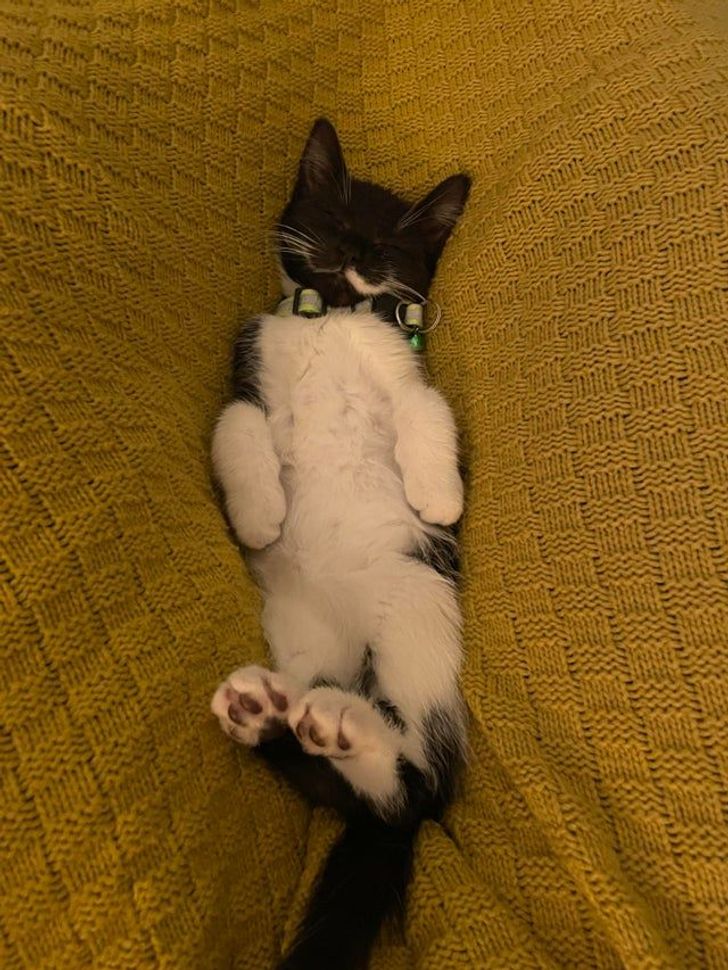 19. I think nature attached him the wrong ears but the end result looked so cute and innocent, it decided to send it through.

Great choice! Their owner wishes their cutie never grows into those ears. 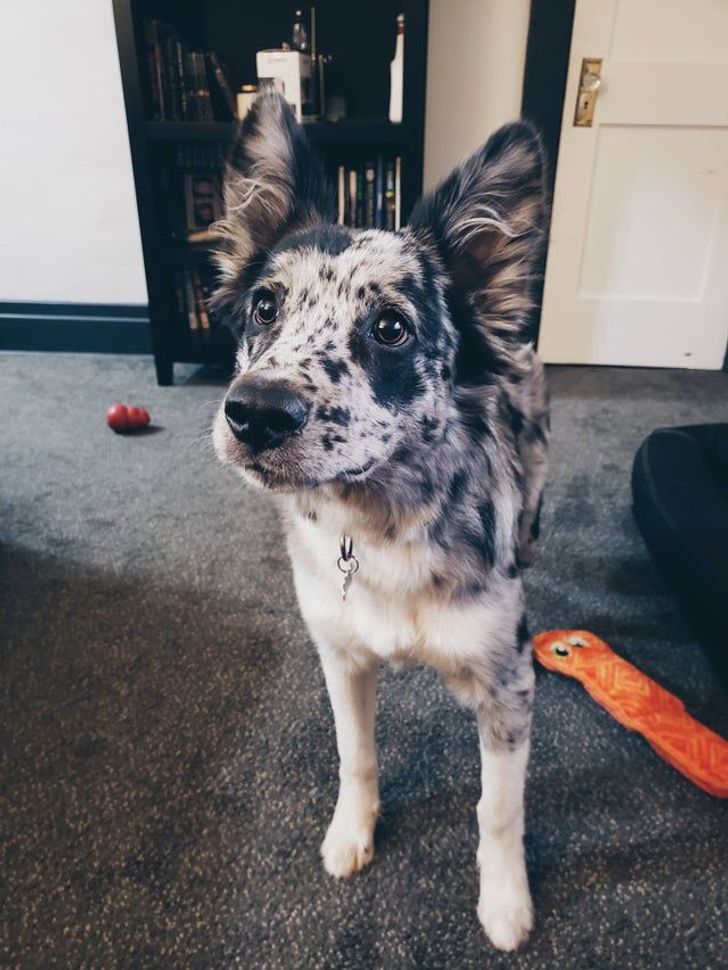 20. That color alignment has satisfied me beyond belief. 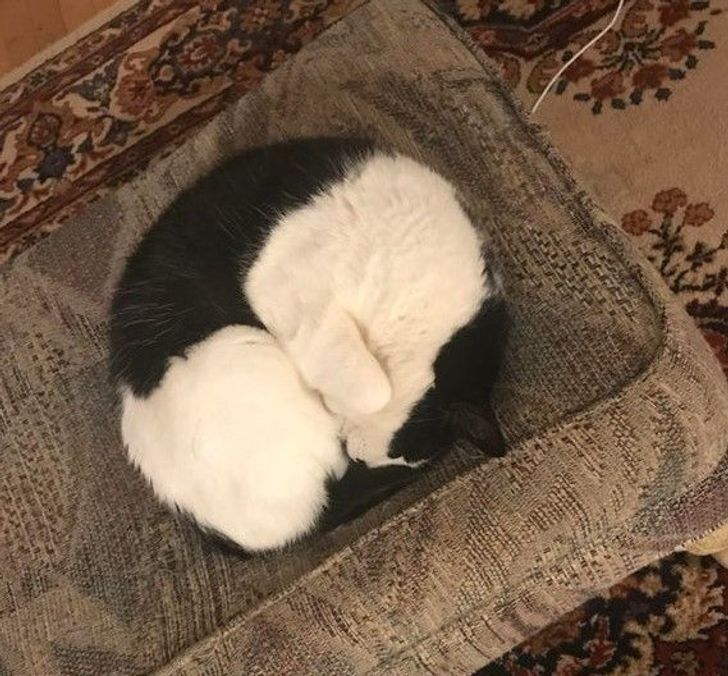 21. This is Bodhi, an Aussie dog who has a genetic condition known as ‘heterochromia”. A mutation gives you different colored eyes. Bodhi has a little blue in its brown eye making it look very unique and very gorgeous. 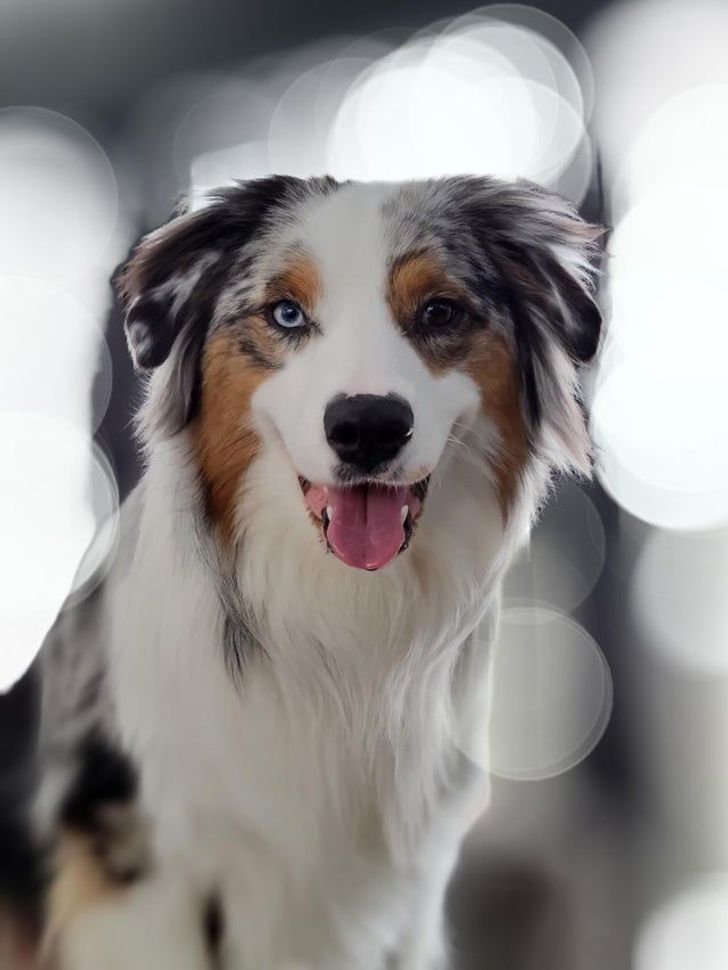 Don’t you just love it when mutation goes right?