Not guilty at all.

Okay, so the thing is that I love food. I do not like sharing my food, I do not like anyone touching my food. I am very possessive about my food. I think most people feel the same way. It is a very complicated situation to deal with if it is your beloved pet stealing your food. I love them both endless and I can not live without both of them. What to do when you are stuck in this type of situation? I guess I would accept my defeat and give my food to my pet because nothing is more precious and important than my fur-babies.

I think something similar happened with these people, whose food was stolen by their pets and they, much like me, could not help but their food to their most beloved creatures in the world. Scroll down to see some animals stealing food from their owners when they are distracted… 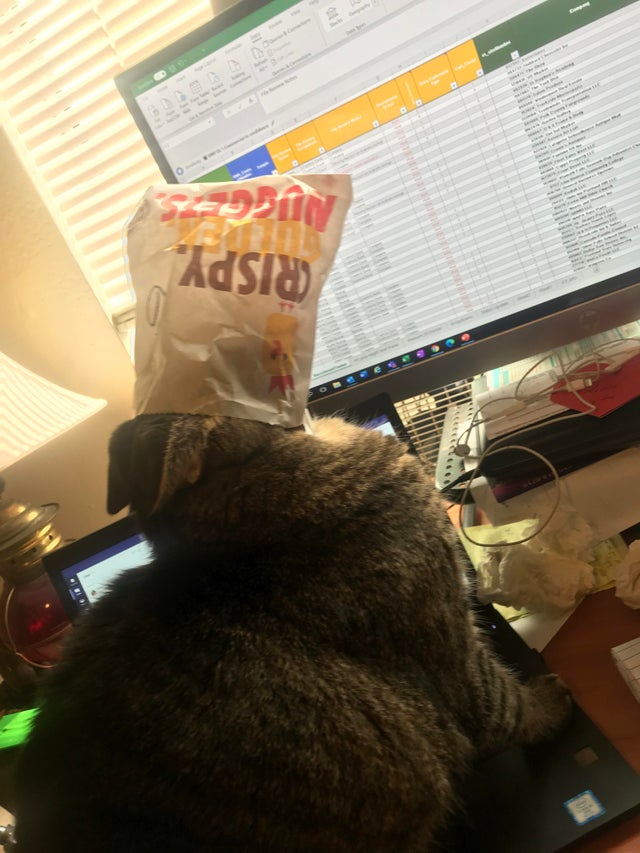 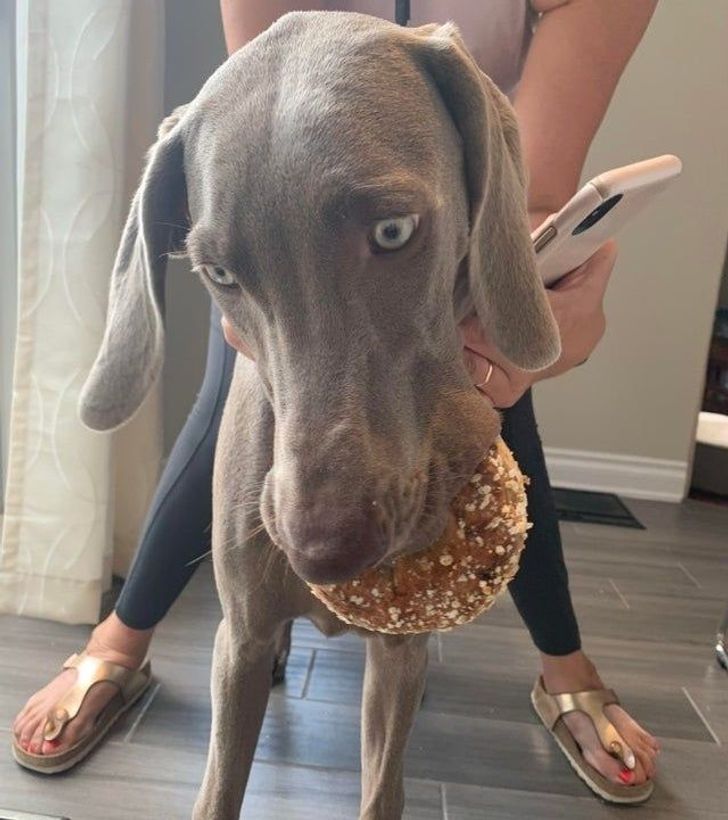 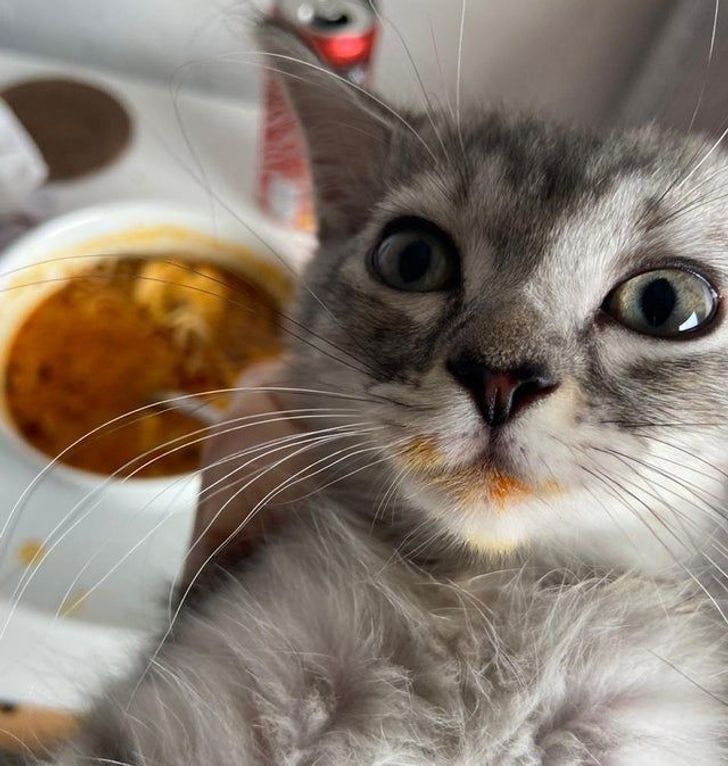 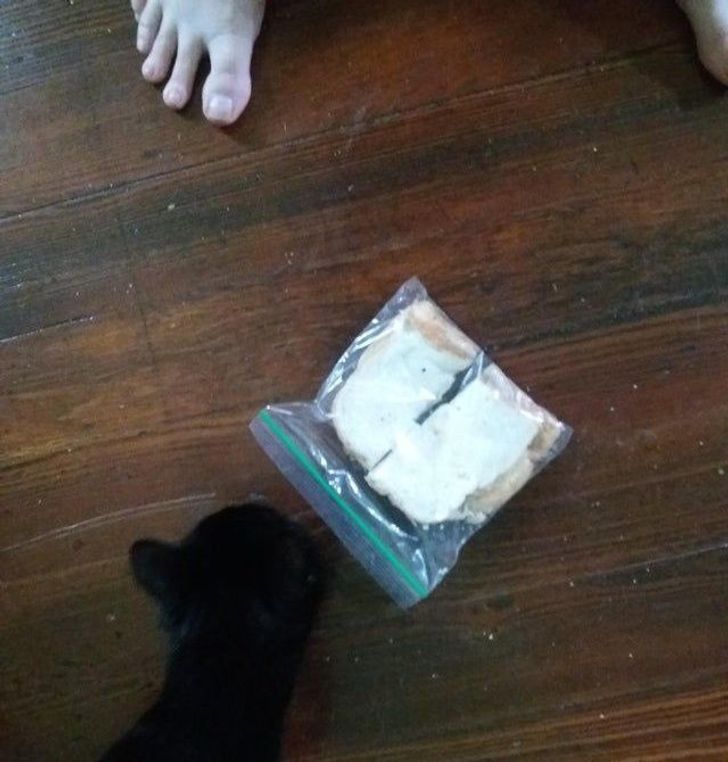 5. “My dog stole a potato off the counter and made me chase him. His idea of a prank.” 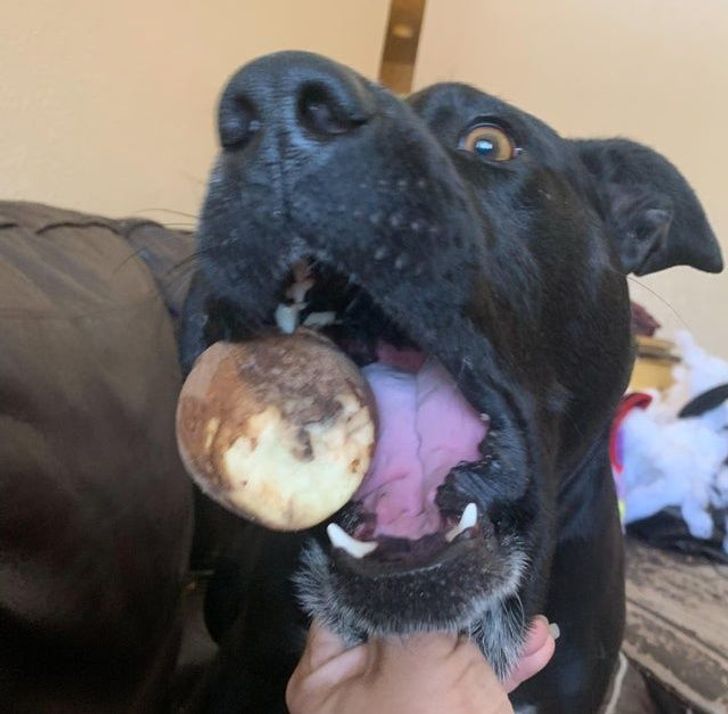 6. “Caught them with a stolen pancake and they followed me upset.” 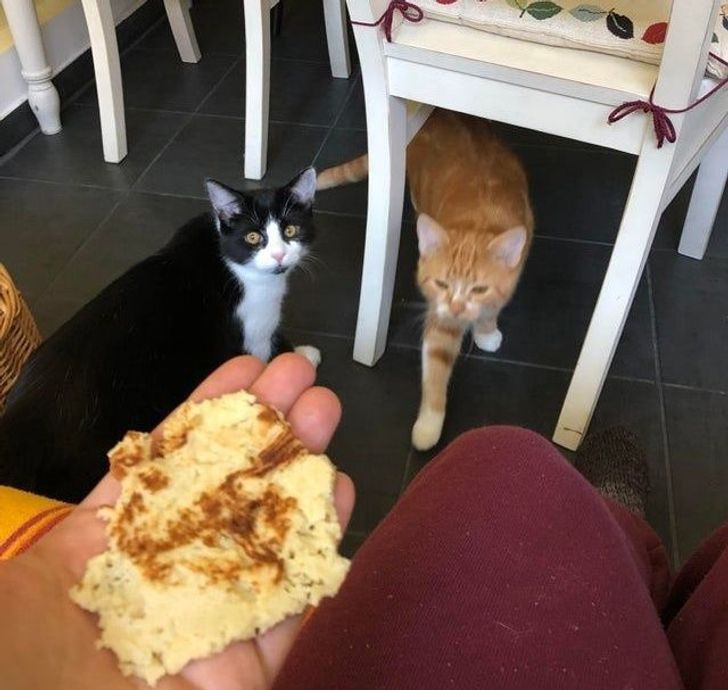 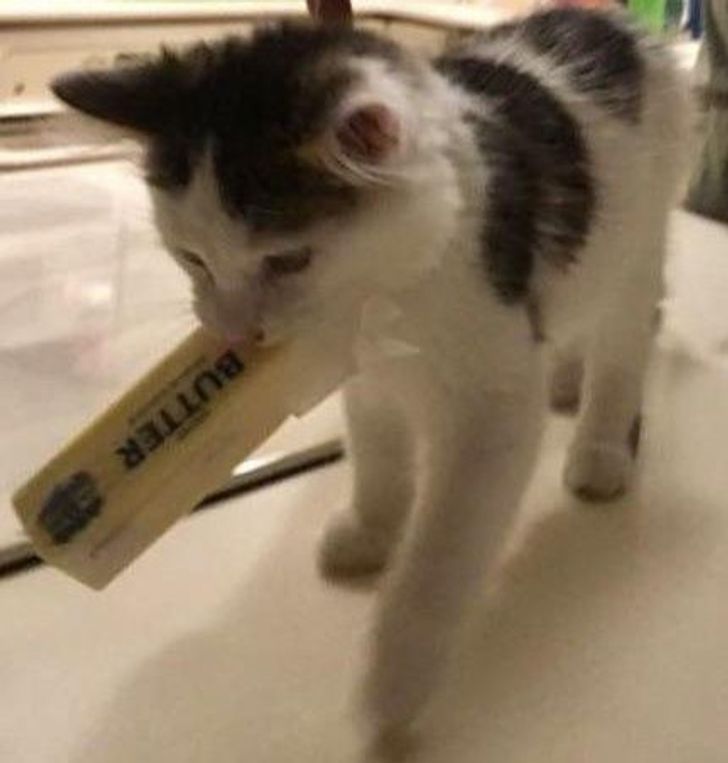 These pictures are so hilarious and sad at the same time. I feel bad for the people who got their food stolen, I feel your pain. I have experienced that painful loss too. I know it is a difficult situation to deal but you will be okay. If it was your pet in the picture who stole your food then I have a piece of bad news for you. Get used to it. You will find yourself in this situation more often, it increases with time but never decreases. It is quite funny though, I have to admit. Funny as long as it has not happened with me. Keep, scrolling we have some more funny pictures of animals stealing food from their owners below…

8. “You know that muffin you left on the side? It exploded.” 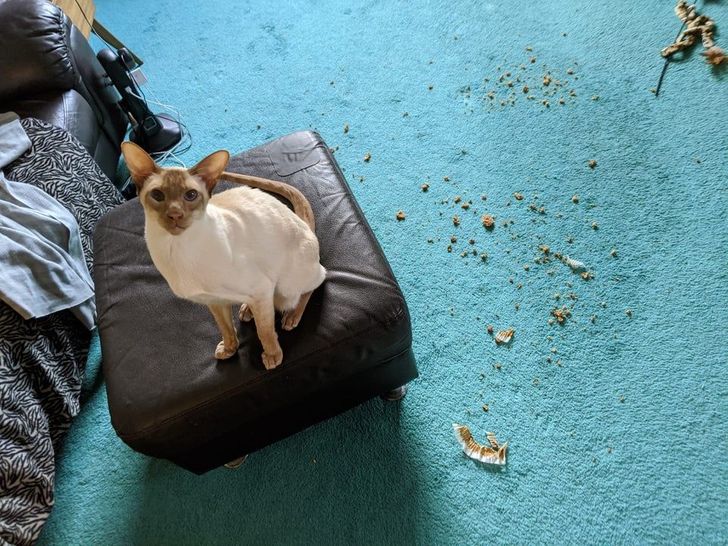 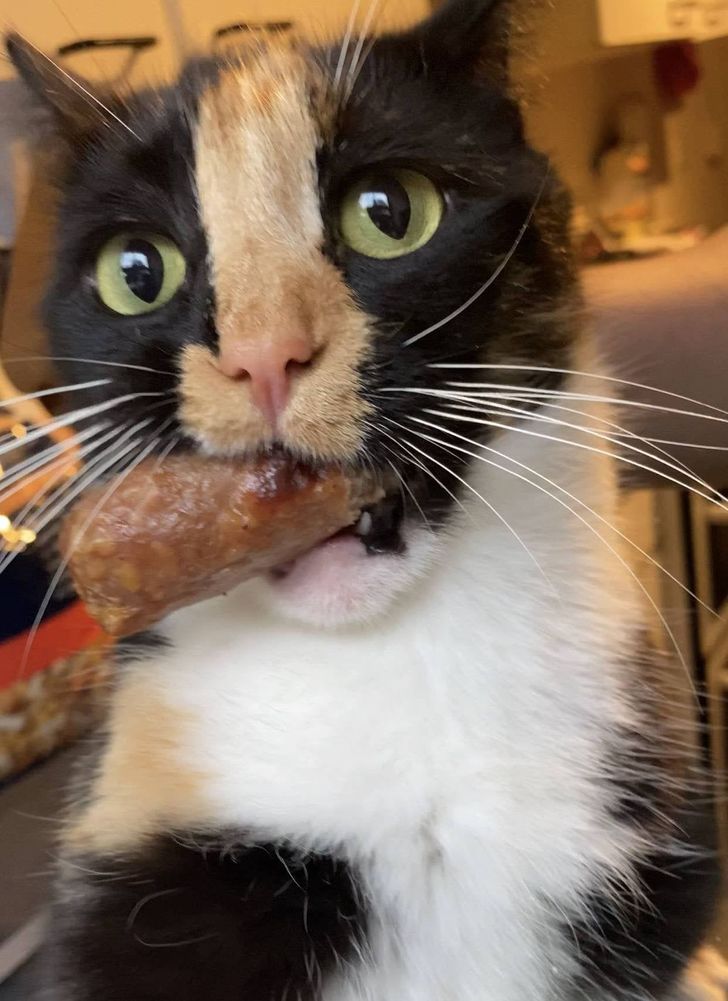 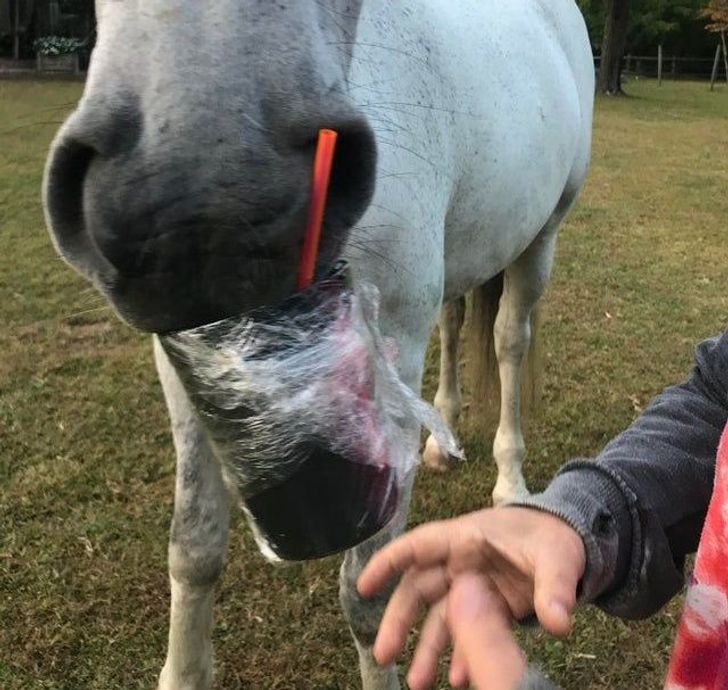 11. “Hehe, Hugo stole the baguette from the table.” 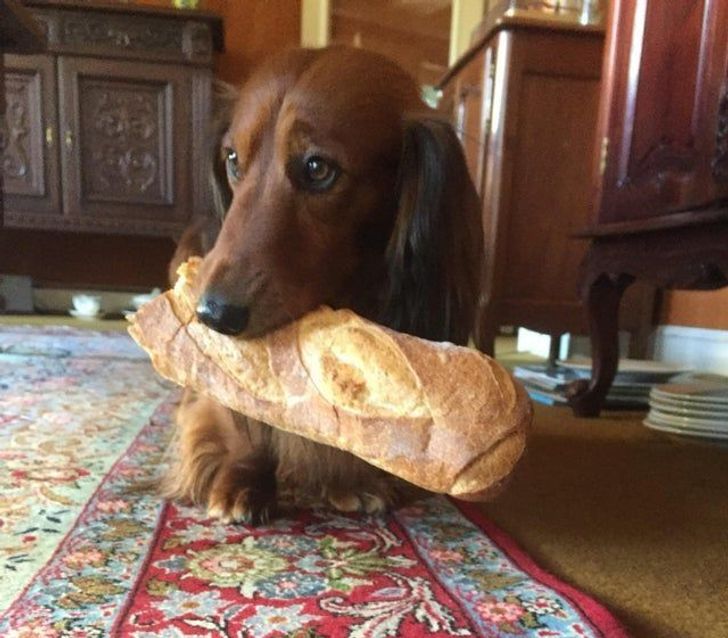 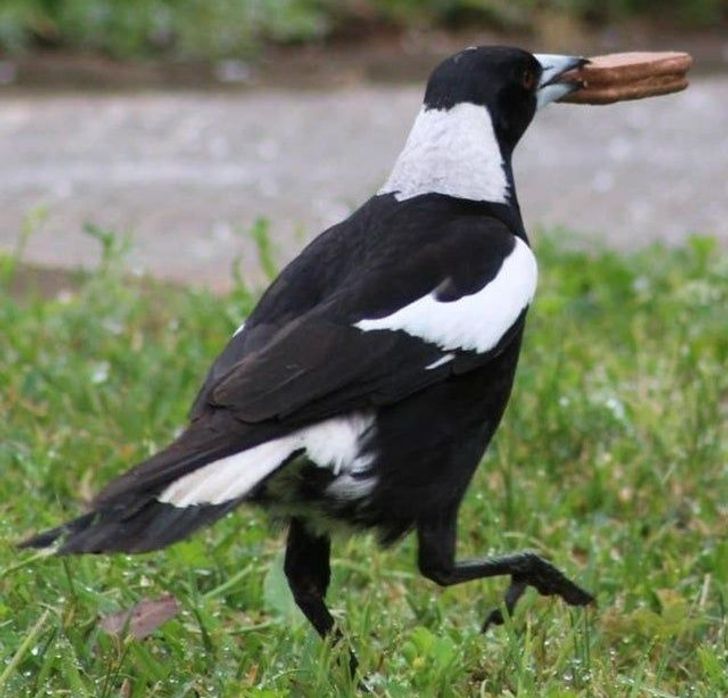 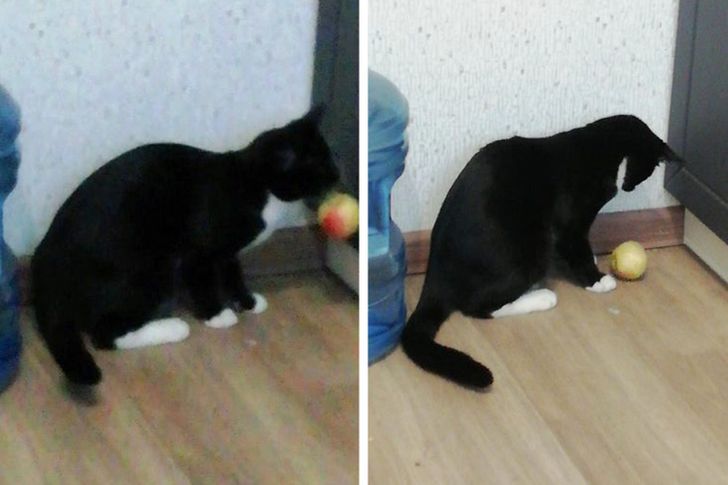 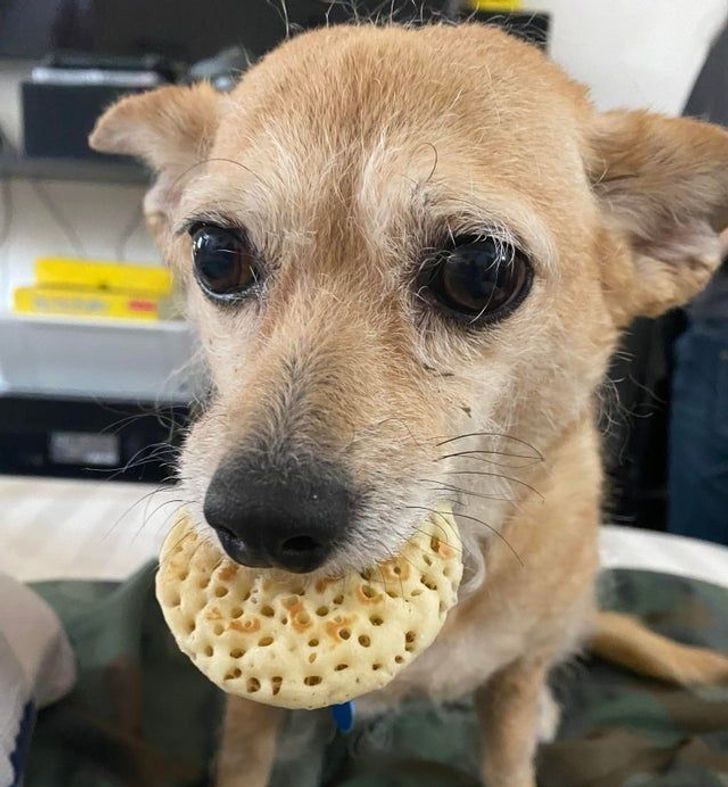 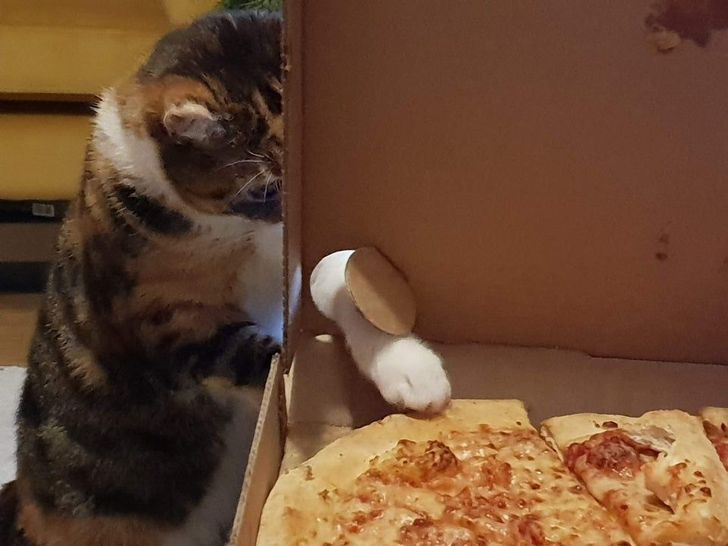 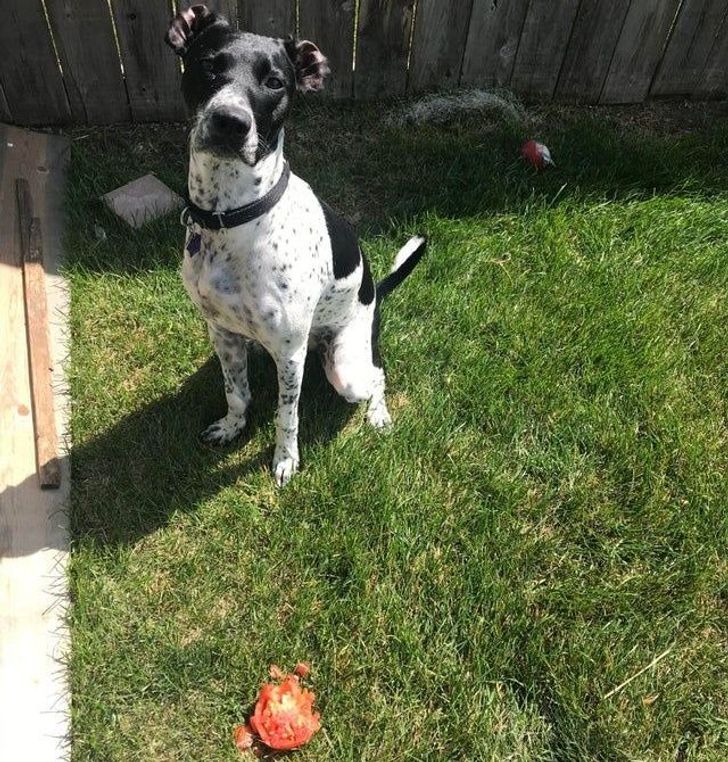 17. “This is my cat fighting to keep the sausage she stole from the table.” 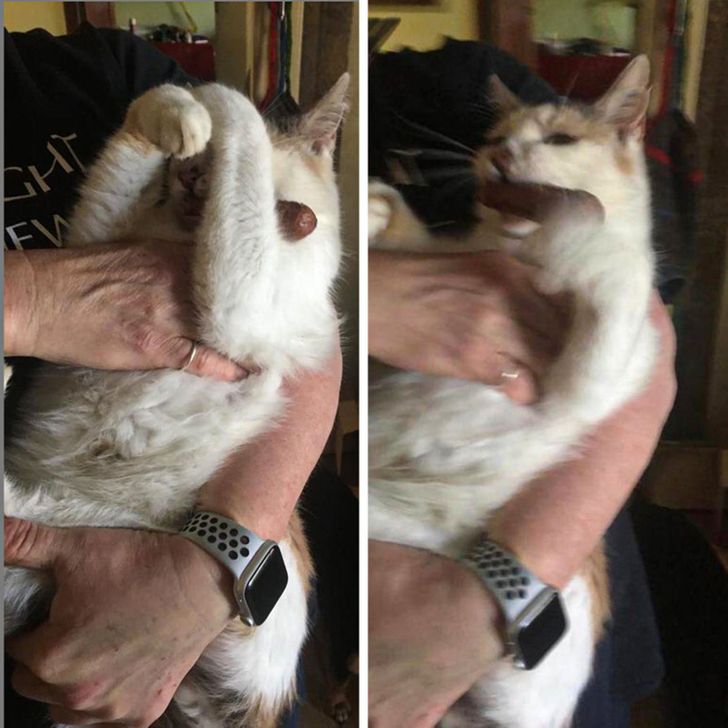 These animals are just super hilarious and mischievous. I love clever, naughty, and intelligent animals. Such animals never cease to surprise us, they are always doing mind-blowing deeds and playing clever tricks with their owners to get on their nerves but guess what, it never happens. We, pet owners, just can not get mad at their pets no matter what they do. These animals are too innocent to be blamed for anything. Even if they did anything bad, just overlook it. Remember that any food, furniture, book, or clothes are not more important than your pet. What was the most expensive thing of yours that your pet destroyed? Tell us in the comments down below…