And that means bars are taking precautions when it comes to people getting their drinks spiked. It obviously doesn’t only happen to women but sadly the majority of cases are of females. Well, many bartenders now know to look for the signs if someone has been drugged and security cameras make it much easier to catch the culprit. People have also become much aware which means they look out for each other in these situations. 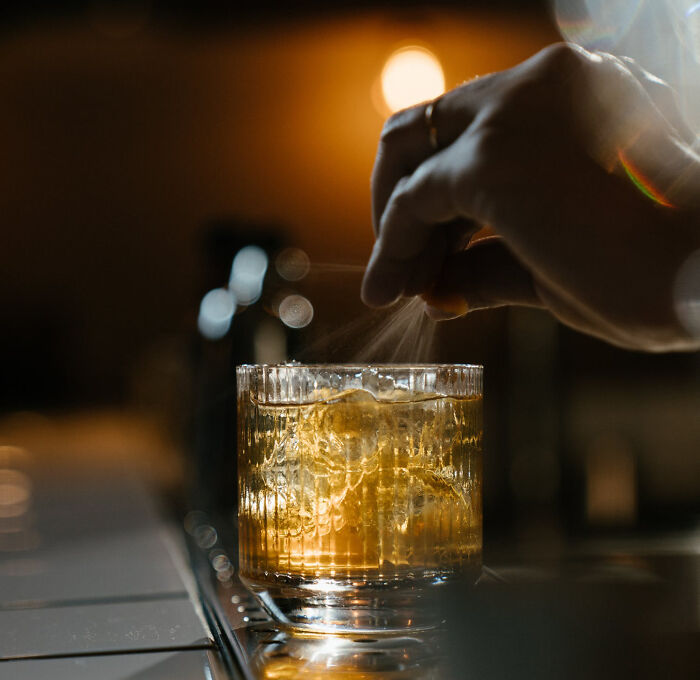 That is where this story comes in. When a Reddit user asked people to share the weirdest stories of something they overheard while at a bar. And one user had a very enlightening story to share with the rest of the world of how a particular bar dealt with an issue that could have gone sideways. You can see for yourself by scrolling below.

It all started when a few customers came up to tell the bartender about someone getting their drink spiked. 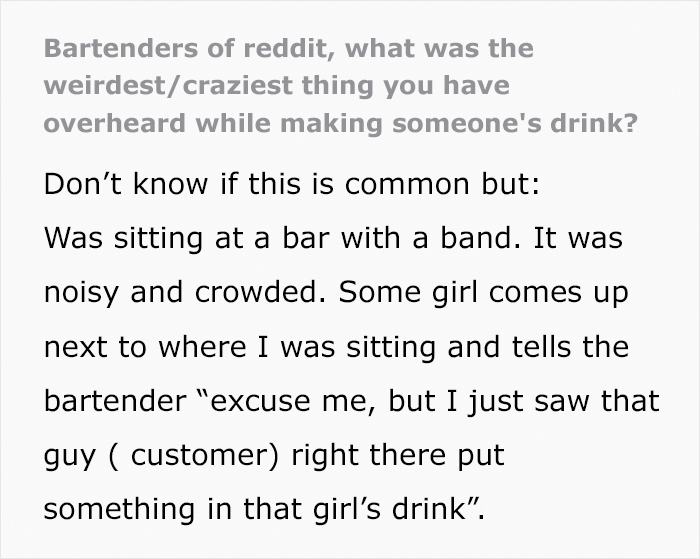 That is when everyone sprung into action and made an announcement. 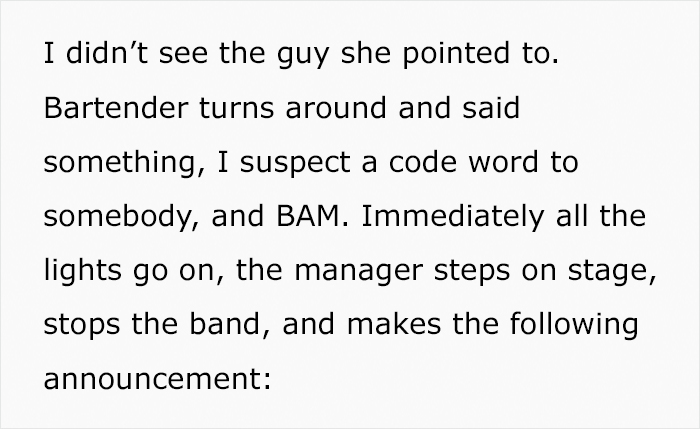 Rather than causing chaos which could have endangered the person, they changed everyone’s drinks. 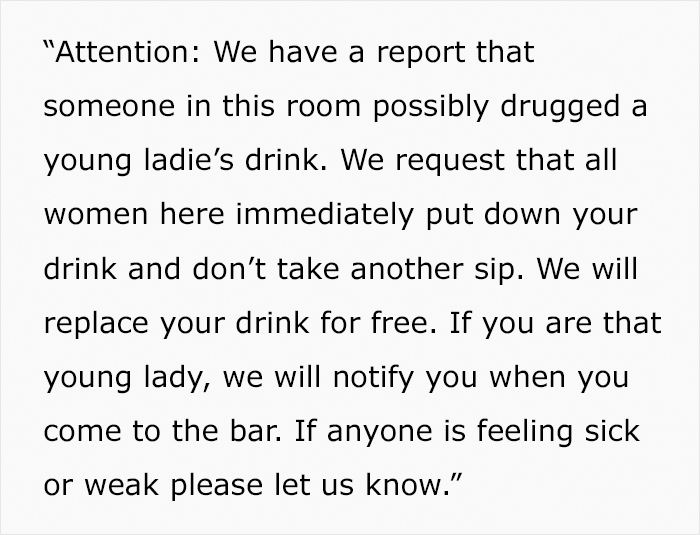 It was a great way of handling it. 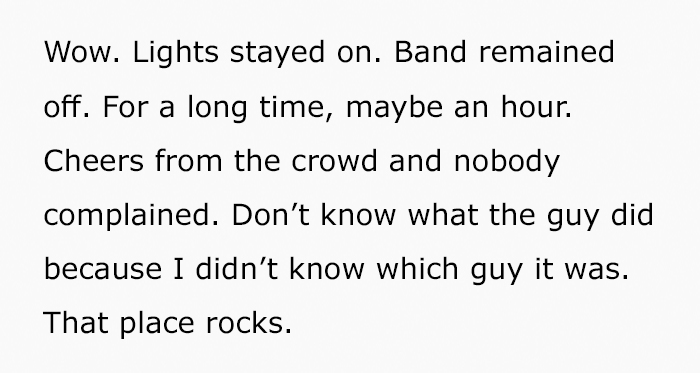 And people in the comments agree as well.

When she was about 10, my sister went to a friend’s birthday party, and the older relative spiked the kids’ drinks with PCP.. Yes, PCP. Thought it was funny to see them freak the f*ck out. Fortunately (?!) my sister hated that flavor of Kool-Aid, so only took the polite sip. Still messed her up a bit, to say the least.

She was all shaky and “weird” for a solid day. Couple of the other kids were in hospital for a few days. Yeah. I was raised not to trust, for some obvious reasons, really…. -Leo Domitrix

Some even shared their own experiences with getting their drink spiked.

They did save a person’s life and we are all glad for it.

This is great for business as well.

Because many stories don’t end this nicely.

Many even wanted to make this their go-to bar.

1. The guy who drugged the drink gonna try to nope tf out of there.

2. It will definitely discourage anyone else from doing the same.

3. If anyone else was also drugged without someone seeing it they will also be safe. 4. Now you have everyone looking out for strangers who look like they may have been drugged and now it’s everyone’s business. –Ms.GB

Have you ever witnessed someone spiking someone’s drink? If so what did you do? Let us know in the comments.