You can’t stop your period.

Because if you could, don’t you think every girl would do that? Nobody actually likes the actual process of having a period. It makes you cranky, hungry, and hurts all over. It might not be the same for everyone but you can’t actually do anything about it short of removing your uterus as a whole. So when girls look like they’re in a hurry to go to the toilet. They might just really need to use the washroom or they know their period has started and they don’t want to stain everything.

I mean getting blood stains out of clothes is not really easy. So when this student messaged her teacher to let her go to the bathroom explaining the reason behind it. Rather than simply letting her go, he retorted back with ‘she should hold it in’. Mind you, he is a full-grown adult who is teaching other students so he should know basic biology. So she obviously went anyway which resulted in her getting kicked out of the online class. I only wish I was making this up. 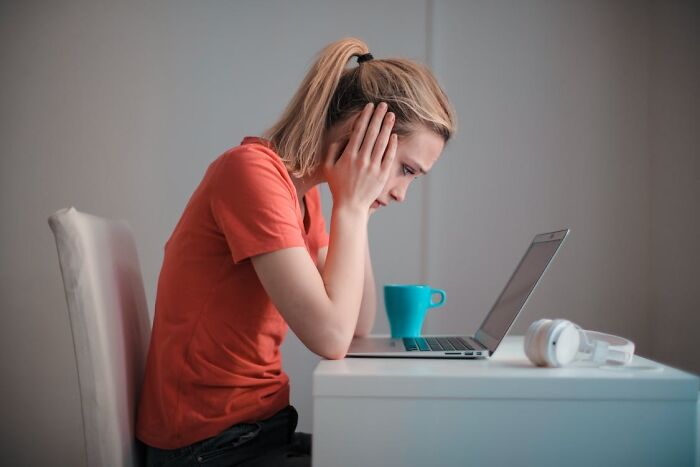 You can read the whole story below.

She starts off by explaining how her zoom classes work. 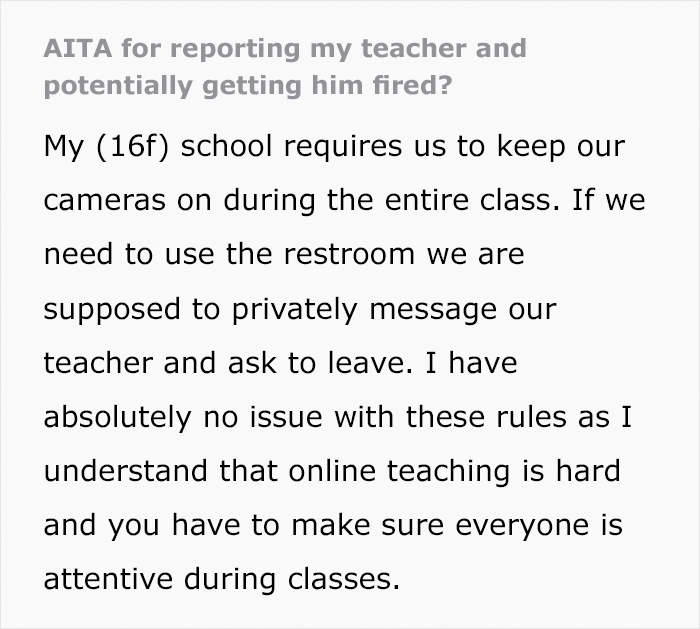 They also get to fill a survey for the week. 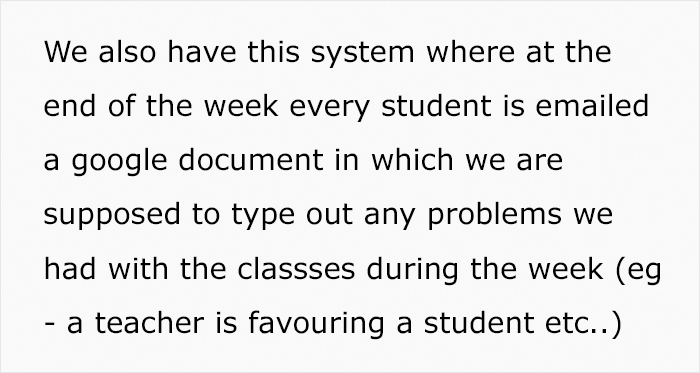 She had a class with a teacher who she thought was okay on Thursday. 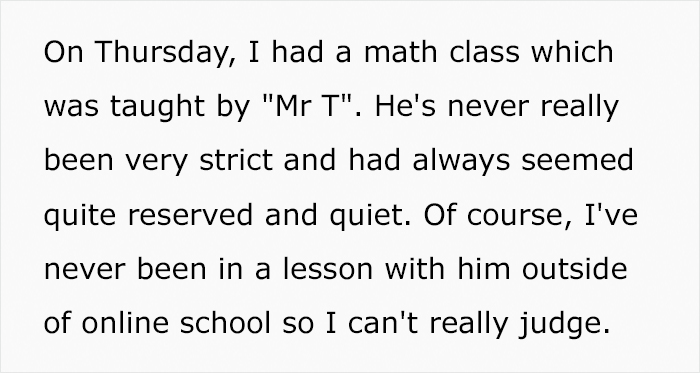 But she quickly learned that it wasn’t the case when she needed to go to the toilet. 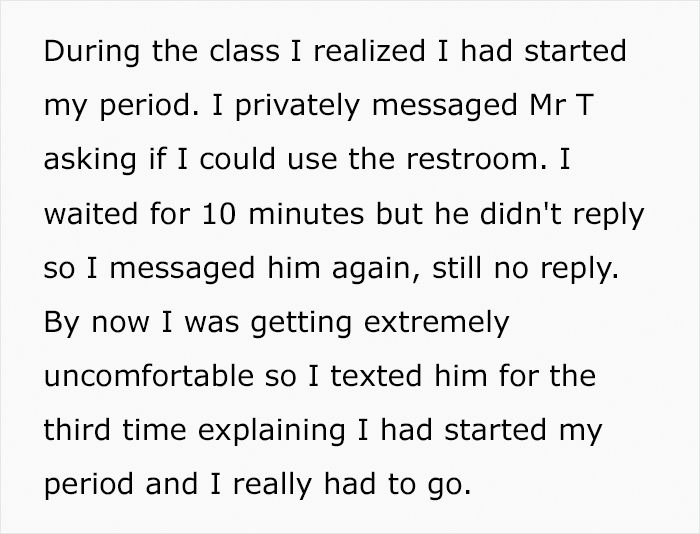 When she kept messaging him, he replied back with this gem which I just can’t wrap my head around.

As anyone would do in this situation, she went to the toilet anyway. 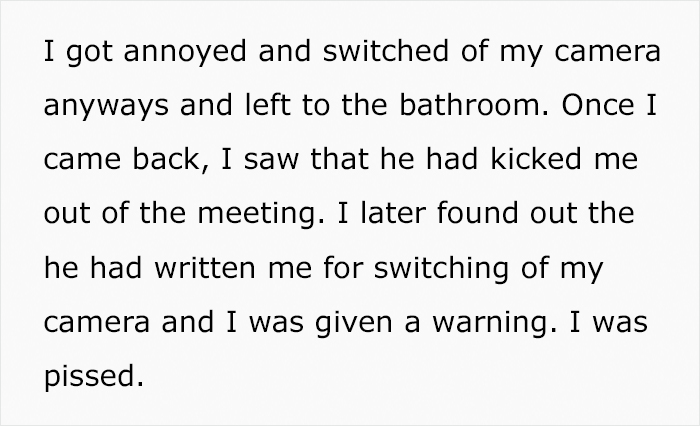 But was surprised when she had been kicked out so she complained on Thursday about her unfair treatment. 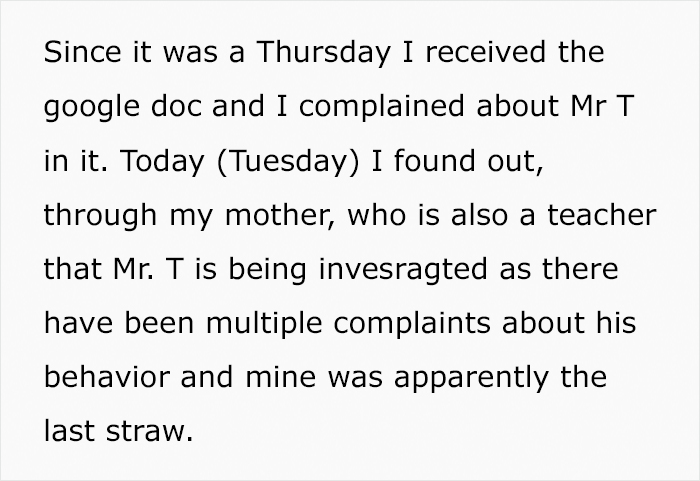 Some of her friends didn’t agree with her telling on her teacher. 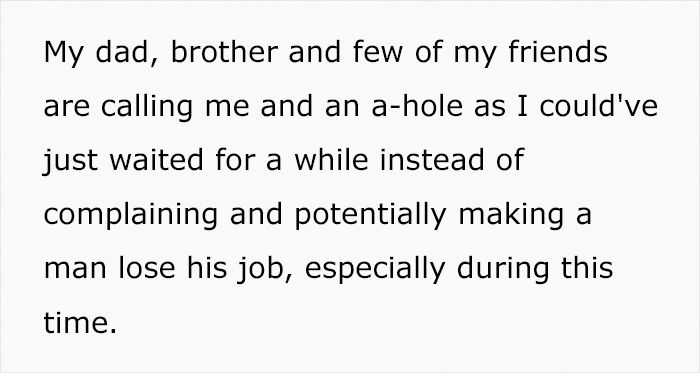 Which is clearly making her feel guilty about the whole thing.

I am glad to say for a fact that if this had happened to me both my father and brother would have been squarely on my side. In fact, my dad would have been the one to make the complaint and made sure to meet the teacher in person just to tell him how little he thought of him. If her father and brother are on the side of the teacher then her mother should have strong words with them. As for the friends? Dump them. She deserves a better class of friends. Preferably ones with more than a few brain cells. -IlovemydogShilo

People in the comments were just as surprised that someone would think like this.

And some were even baffled by how her friends and family reacted.

The teacher is clearly in the wrong and should feel bad about it. 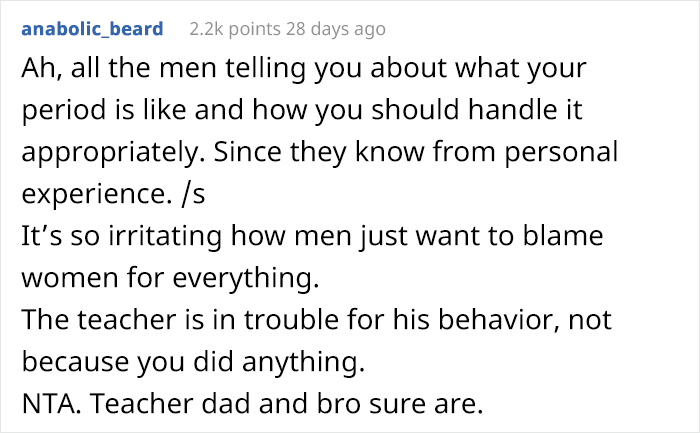 He needs to learn that actions have consequences.

Everyone in the comments was on her side which is to be expected. 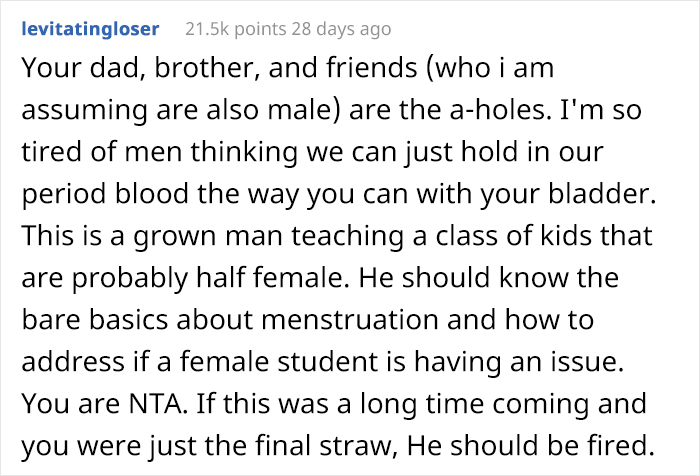 Her father and brothers are also in the wrong for ‘supporting’ the teacher. 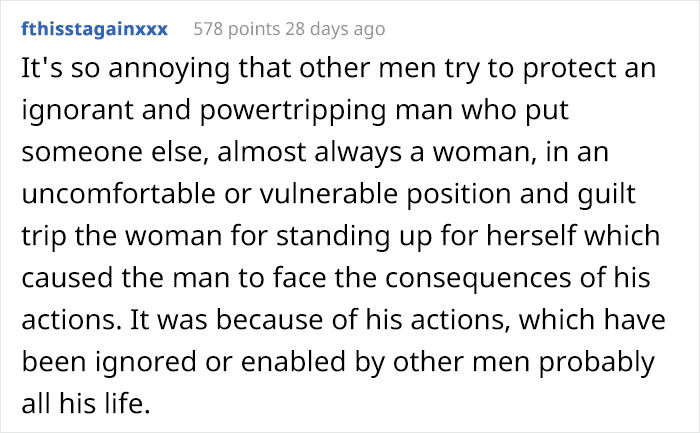 This is why we need better education. 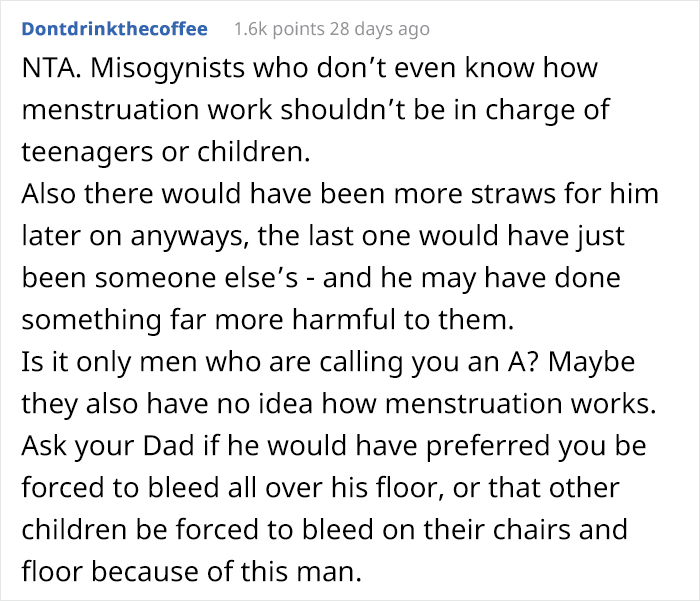 Some even shared their own stories. 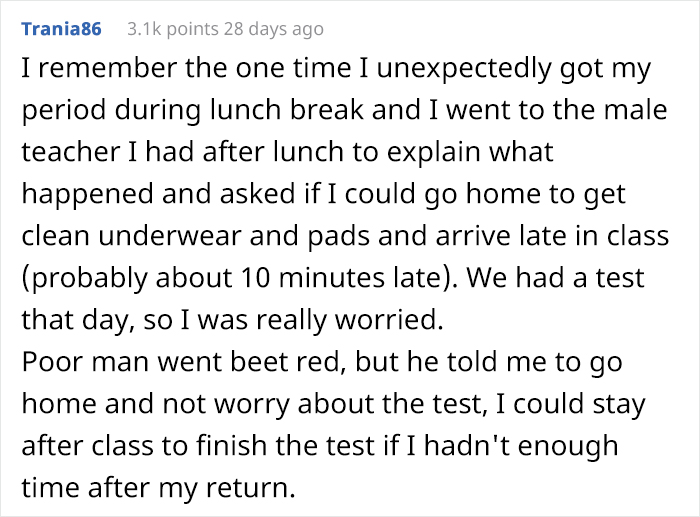 It is a normal biological function and people should treat it as such.

Not everyone would have the guts to deal with it this way. 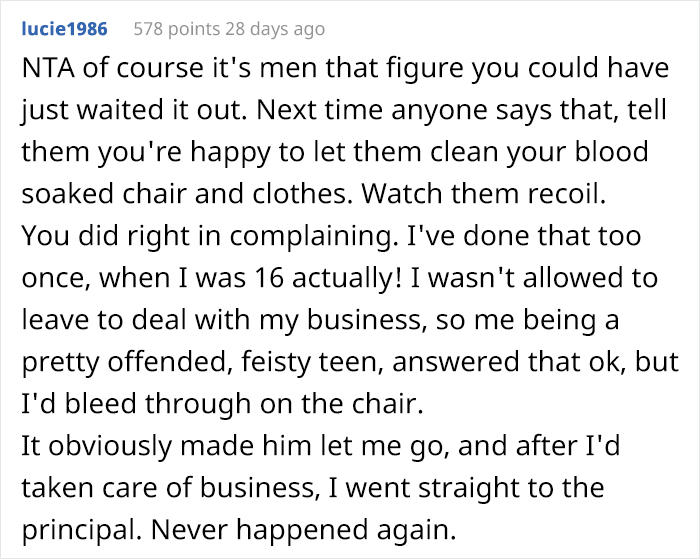 This ticked me off that this crap is still happening. 40+ yrs ago this happened but my school did not have vending machines in bathrooms, etc. so I walked from my closed campus at the break to the store to buy. on way back principal saw me returned & followed me to the bathroom. he demanded why I left campus & I was too embarrassed to say. He calls mom who comes down.

I whisper to her why I left school & she tells him, watching his turn red, & demands why girl’s needs aren’t being met at school. she was very polite but graphic about how embarrassing such situations are. he had nothing to say back. shortly after vending machines showed up in the girl’s bathroom. -Patti Vance

have you ever had to deal with something like this? If so how did you handle it? Comment down below and let us know.