Have you ever been curious about how these movies are animated? What is the secret behind Spiderman’s and other heroes’ ability to fly through the air? And how do the characters interact with these colossal beings? Just think about Avatar, and how did the characters in Avatar appear to be so real? These things are possible because of the digital transition and powerful technologies available today.

The colors in the movies are not as bright, bold, and vibrant as they appear on the television screen. In contrast, entire movies and these scenes are generated by utilizing a single color, which happens to be GREEN! In fact, the entire scenario and circumstance are shaded in green since it is simple to create and alter these animations and situations.

Just keep scrolling down to have a glimpse at how these movies are created!

1. Gal Gadot in her relaxed mood while making Wonder Woman 1984.

2. This is how Samuel Jackson’s make-over is done for Captain Marvel!

3. On the set of The Avengers, this is what Mark Ruffalo looks like.

4. Now here’s the secret behind this gorgeous horse and the entire scene from “Alice in Wonderland”.

5. Someone in this picture appears to be displeased with the fact that Thor and Loki appear to be getting along.

6. Pictured on the right are two gems Karen Gillan and Terry Notary, who lent their emotions to the character of Buck in Call of the Wild.

7. It’s so strange to see Ian McKellen using Macbook while making The Hobbit.

8. Dr. Strange’s movie is all about the special effects.

9. The Avengers’ Gamora gets a new look, thanks to some meticulous effort.

10. During a break from filming The Hobbit, these actors are having some chit chats!

In the early days of animation, filmmakers experimented with a wide range of paints, tools, and techniques. Little attention was paid to the usage of greens and chroma effects. Filmmakers now use various post-production composite images, such as green or blue screens, fabric, or paint to create their animated scenes.  It has the power to change a dreary situation into something spectacular. And these effects are now used to make the majority of blockbuster films rather than shooting on location.

Scroll down for more images!

11. Some great vibes from the set of The Great!

12. Incredible transition and animations of Avatar!

13. Sometimes it’s good to be an operator as well.

Mena Massoud (Aladdin), “At some point, Guy Ritchie decided that I should be an operator too.”

14. This is what happens when you can’t get enough sleep. Evan Rachel Wood getting some sleep while she was filming Westworld.

15. Henry Cavill’s makeover for his part as Geralt in The Witcher 3.

17. Chris Hemsworth and Mark Ruffalo were wearing artificial bellies on the set of Avengers: Endgame.

According to the actor: “People just kept coming up and cuddling me like a big bear or rubbing my belly like I was pregnant. Or trying to sit on my lap like I was Santa Claus. I felt like an old man, an old grandpa, with a bunch of kids around,”

Do you know, Chris Hemsworth had a 90-pound fake belly on the set.

19. That’s how Josh Brolin was transformed to a digital version in Thanos!

20. Thunderbird appeared to look so odd on the set of Fantastic Beasts.

Our favorite films and television shows appear far from colorful and epic during the filming process. How could this be possible without the green screens, amusing costumes with motion capture sensors, stunt doubles, and a slew of make-up applications? And not to forget, there’s a large number of staff and workers along with talented producers and directors who put in a great deal of their time, effort and investments to make these amusing scenes for the public to enjoy the final movie.

Were you aware of the efforts and secrets behind these animated scenes? If not, then which secret from these compiled photos caught your eyes the most? Let us know in the comments section below. We’d love to hear from you! 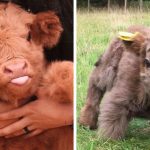 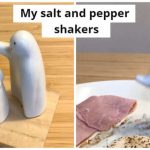 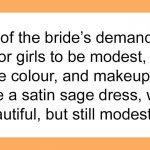 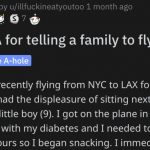