Teaching your kids about basic hygiene is every parent’s job.

Whatever ethnicity a person is, taking care of your children should not have limitations. While it is true that knowing how to style and wash tight curls can be a bit difficult for people who are not used to it. However, this father had several years to learn how to do that. He should have learned these simple things when he married a black woman and decided to have kids with her. Rather than stepping up to the plate, he put all the responsibility on his kid’s Aunt.

And when that became impossible because of Covid-9 and the lockdown. He simply decided to cut his daughter’s hair rather than be ‘inconvenienced by it. Not only that but he let his kid’s hair get to a point where the hair was matted and he was having difficulty brushing through. Even then he could have done some research and de-tangled the hair but he didn’t do that. No wonder, the aunt wasn’t happy with how he handled this.

He first explains how they got to this point and why he never learned how to deal with this sort of hair. 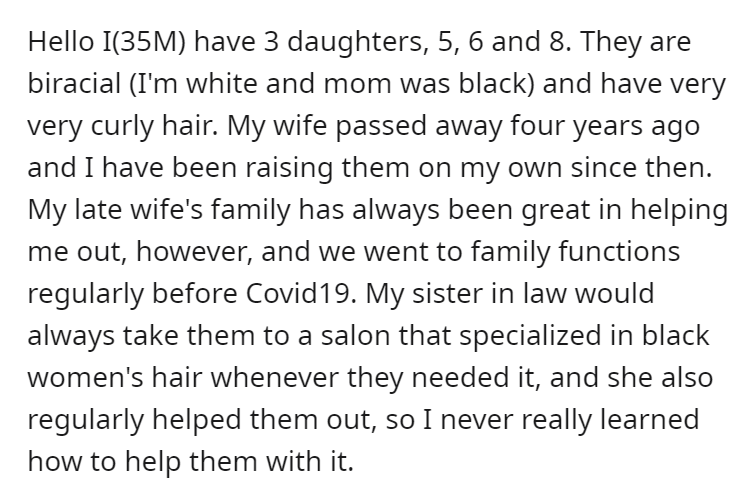 The pandemic clearly messed everything up for many people and this included their daily schedule. 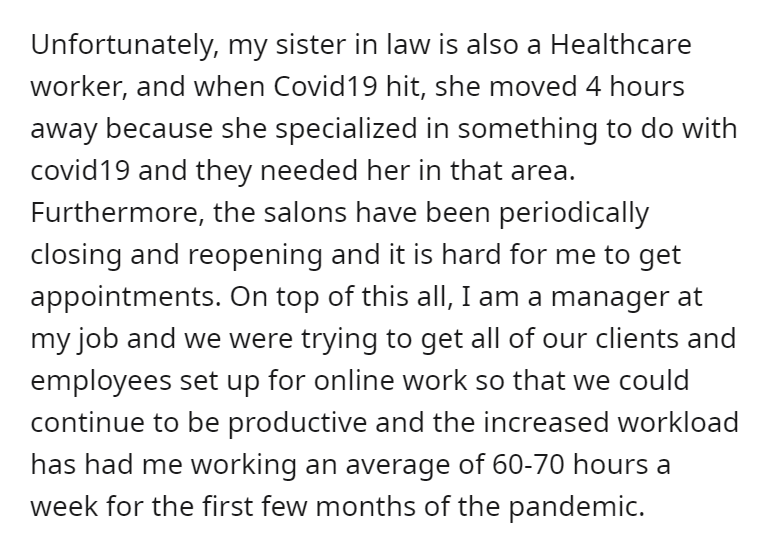 So he looked up how to cut hair on Youtube rather than trying to search for a way to fix the mess.

He even goes on to say how his sister-in-law is really ‘into social justice’ as if it is somehow not okay. 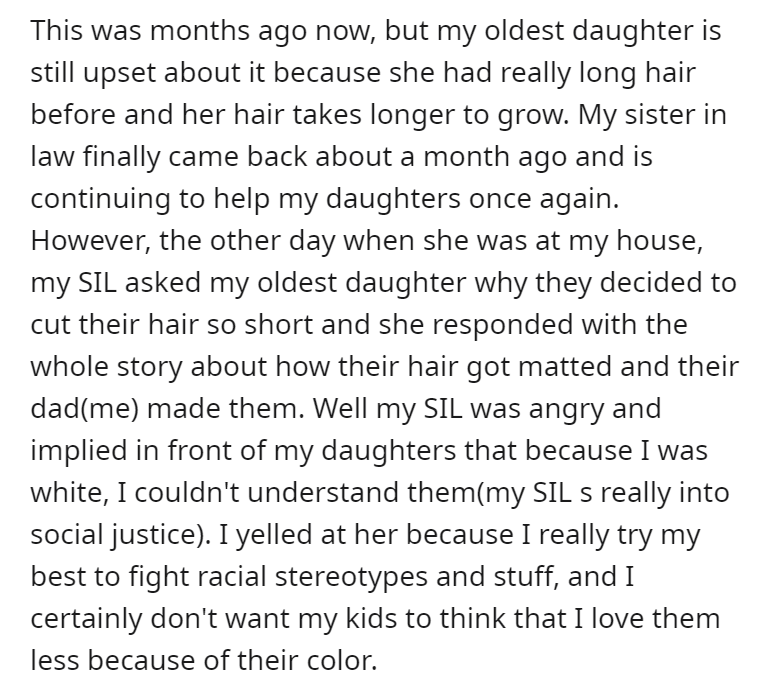 The issue is not about cutting their hair, it’s about the message he is sending.

Don’t have kids with Black people if you don’t know and are unwilling to learn how to care for Black hair. You’re telling me in the 4 years since your wife passed you never took any of them to a salon for Black hair on your own? you never figured out how to at least put a comb through it so it didn’t get matted? there’s no excuse for that. and that’s ignoring the time between the birth of your first child and your wife’s passing that you never asked her how their hair works.

In that time you couldn’t google “how to style Black hair” but somehow you could find a tutorial to shave it all off. you should be ashamed of yourself for failing your daughters. do better. –ultimate_hamburglar

And most if not all Reddit comments agreed with that. 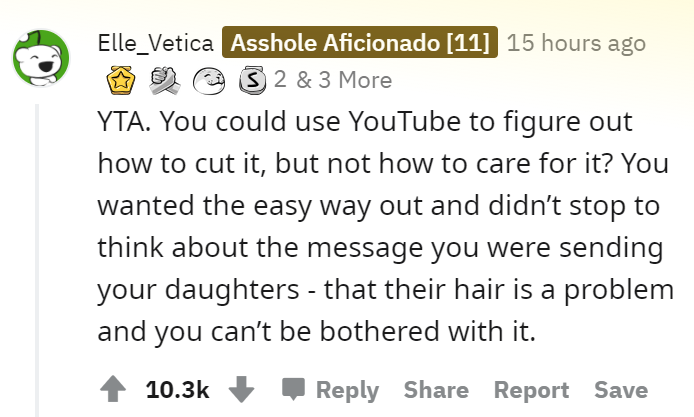 He had a lot of time to learn about this but he chose not to. 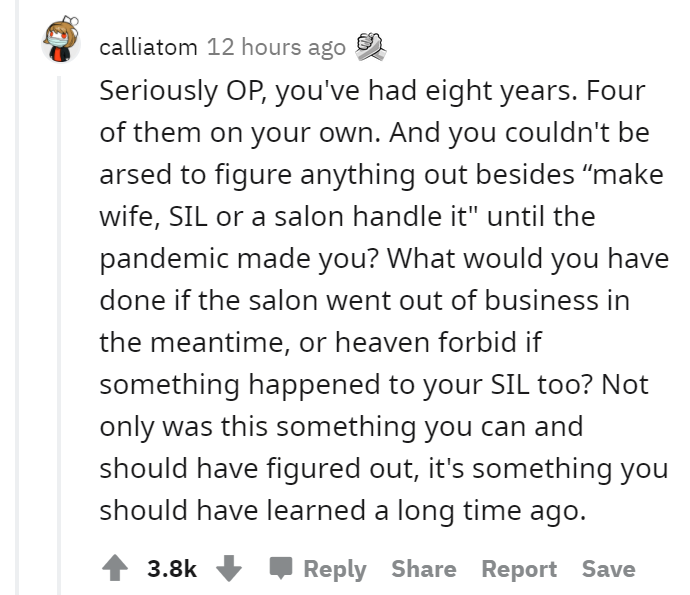 She clearly cares for the kids and doesn’t want them to feel bad. 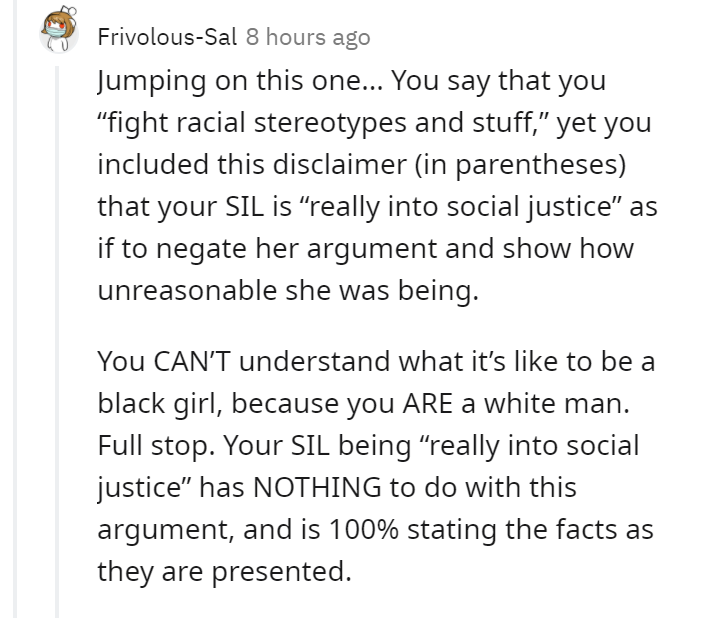 Help is never too far away when you really want to do something. 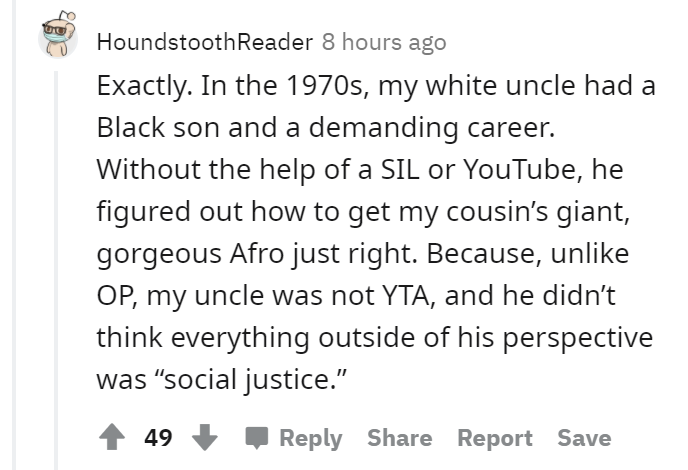 Hair can be quite precious for many and it is part of some individuals identity as well. 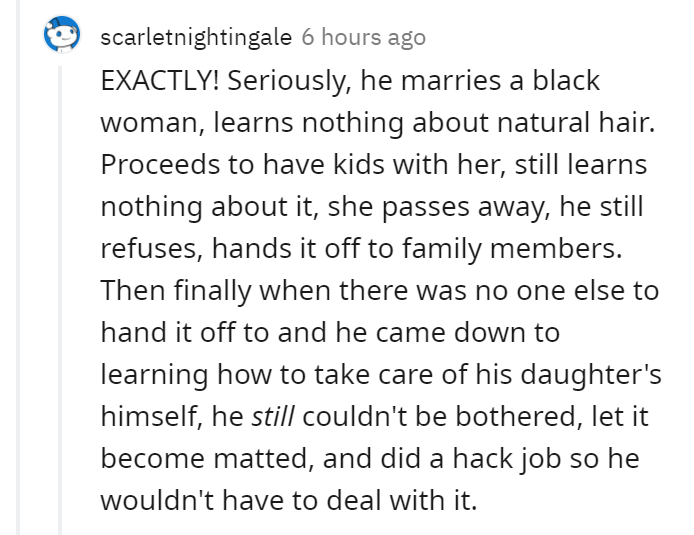 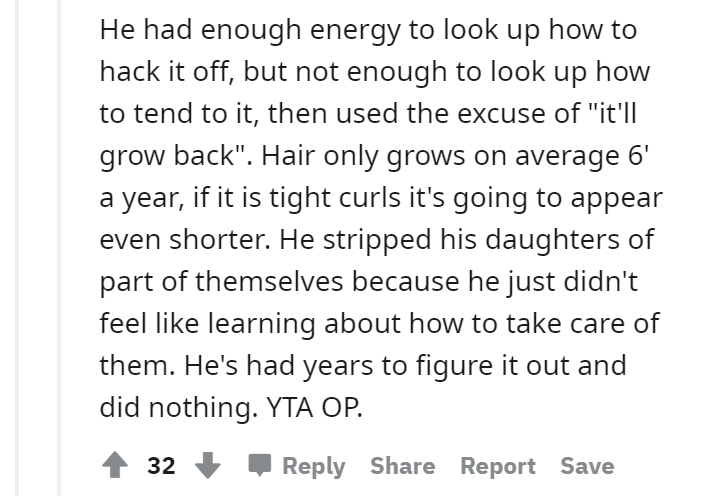 He clearly has no excuse for doing this. 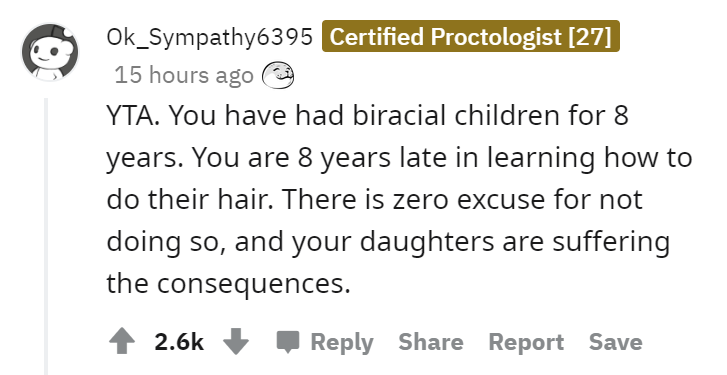 He needs to communicate to his daughter how sorry he is and he needs to do better. 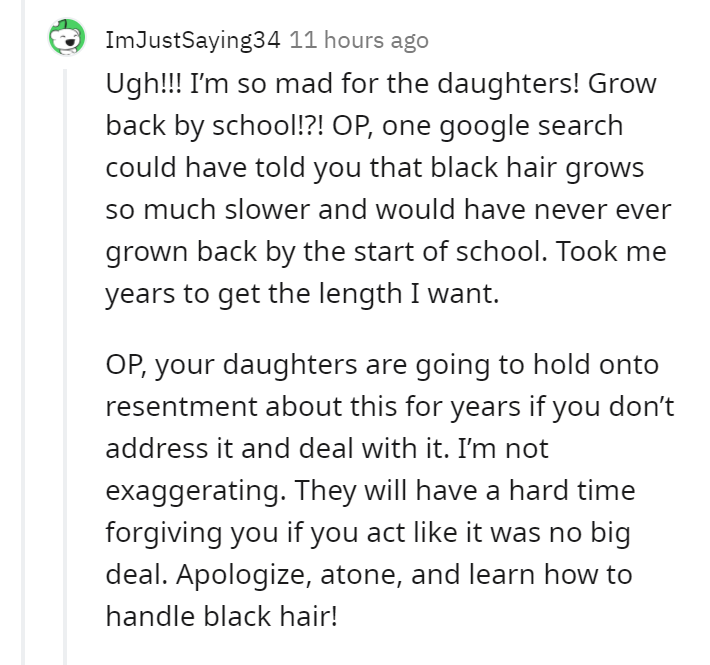 YTA. Absolutely. That’s an awful thing to do to your kids. Forcing your children to have a hairstyle they don’t want is violating their bodily autonomy. You had a responsibility to take care of them – and their hair! Yes, it’s a lot of work. Welcome to having kids.

For a lot of black and biracial people, hair is an absolutely integral part of their identity. You failed to take that into account, in large part because of your skin color and the fact that you apparently don’t understand your kids’ experiences and put your own convenience ahead of their needs. –lilianet

It wouldn’t have been that hard and would have only taken a few minutes. 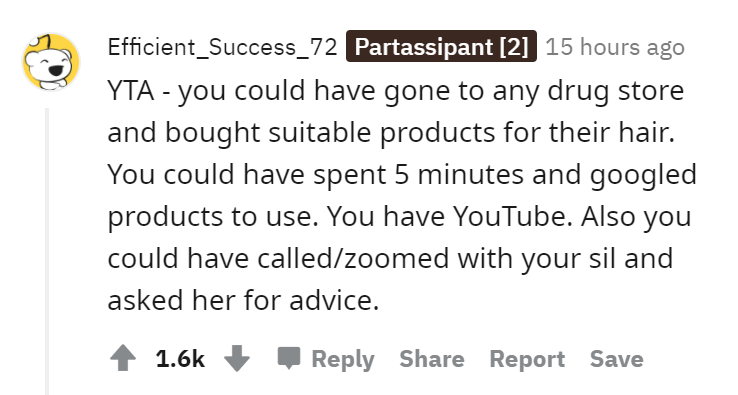 What are your thoughts on this? Comment down below and let us know. And don’t forget to share with your friends as well so they can form their own opinion.