Of course, they don’t do it intentionally to annoy you or make you angry. Most animals are just curious creatures and they want to lick everything and find out what it does. As it happens, this also goes for food. And most of the time, you will see a paw print in your delicious cake because your cat thought it was a soft place to walk on. Not only does that leave the food ruined but you also have to either throw it all way or feed them the part they messed with.

That is why when one Twitter user posted about her innocent-looking kitten leaving a paw print in her pie, loads of other people had similar experiences to share as well. Soon enough, everyone was posting about their furry criminals and how they make a mess of everything. You can see that for yourself by scrolling below. And don’t let the innocence fool you, these are the perpetrators at the end of the day even if you deem it unlikely by their looks.

#1 The pie does look very artistic if you ask me. 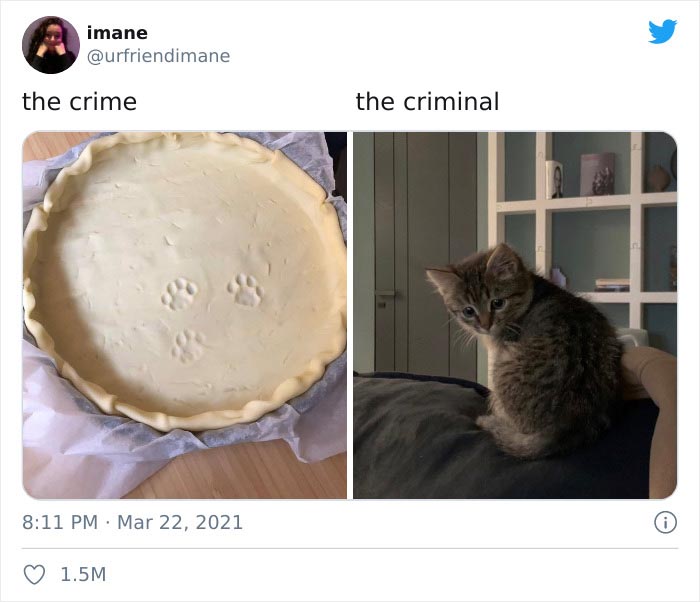 #2 Thankfully it wasn’t a dog eating that peanut butter. 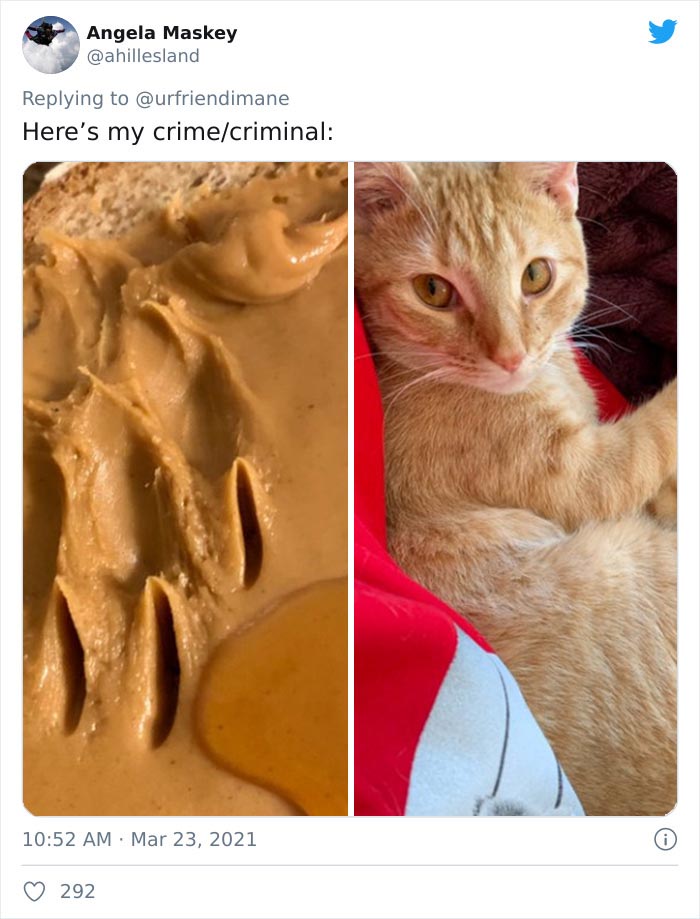 #3 She is clearly angry with being found. 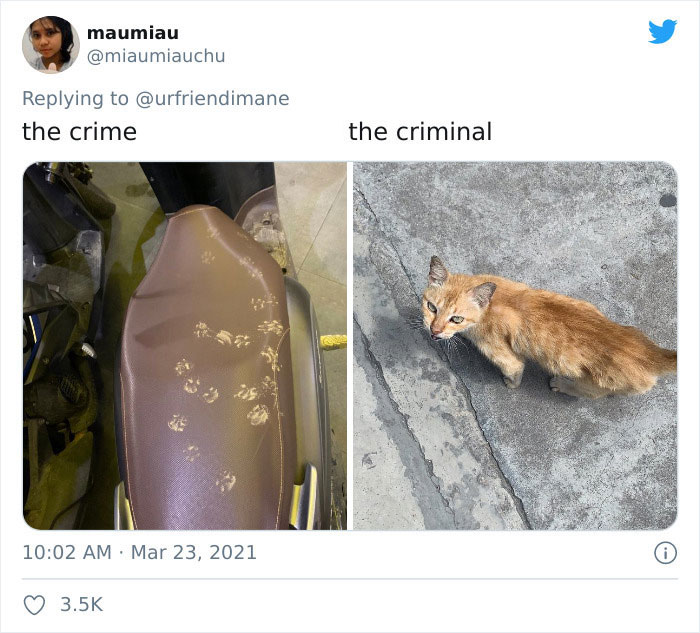 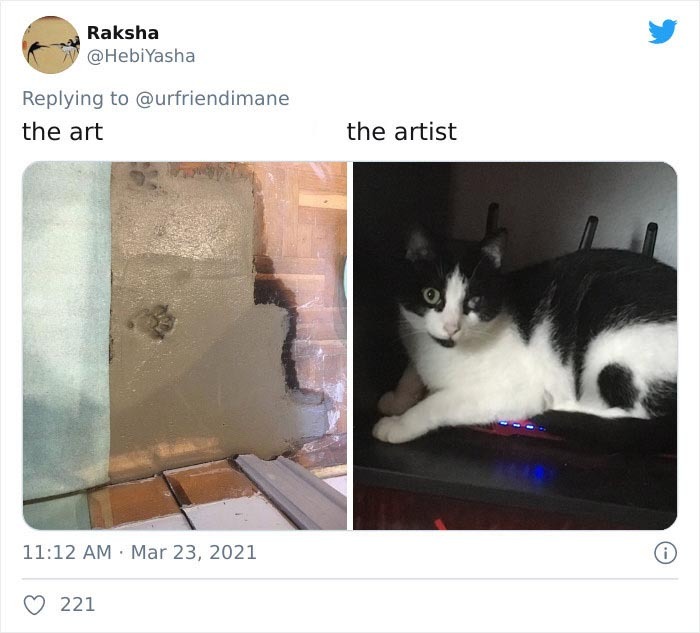 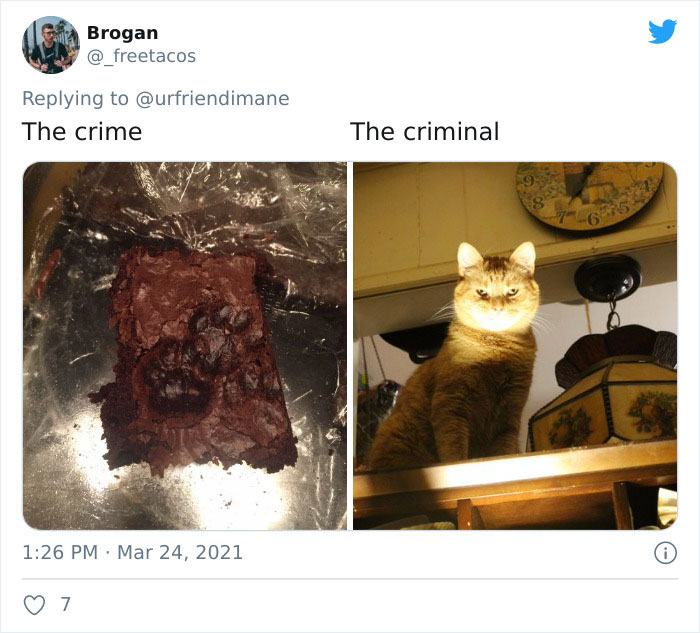 #6 He wasn’t loving his new rival. 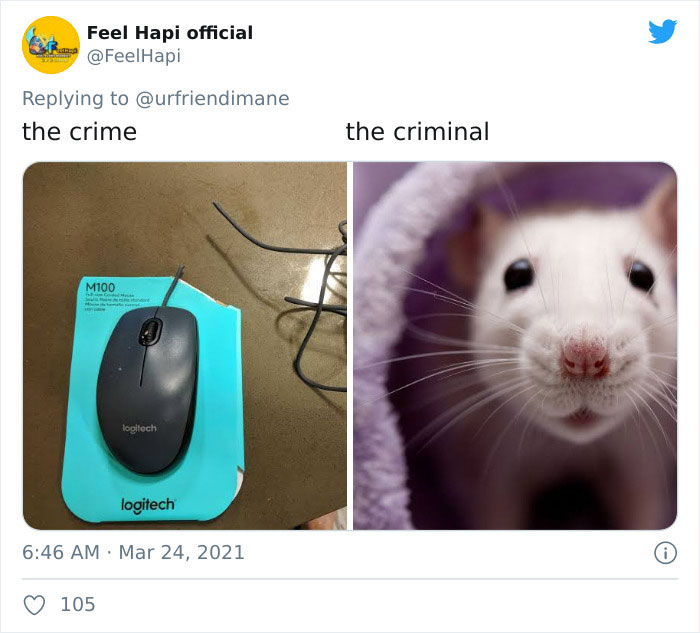 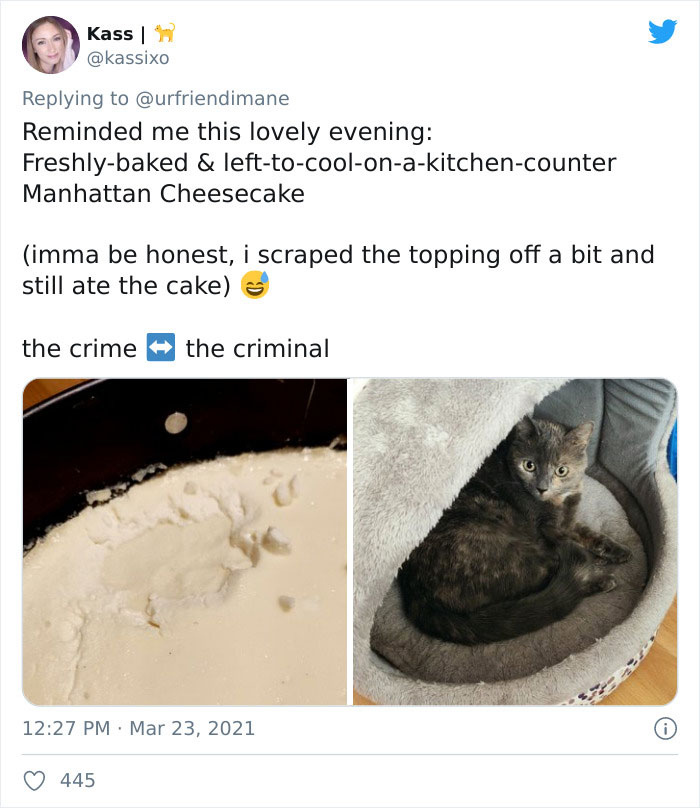 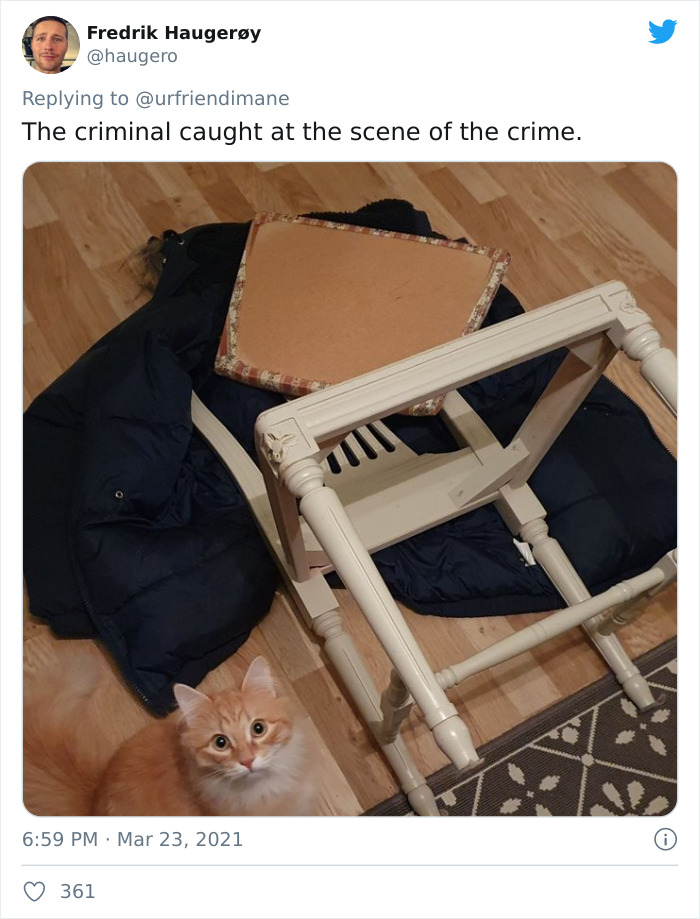 #9 How can something so fluffy draw blood from a human? 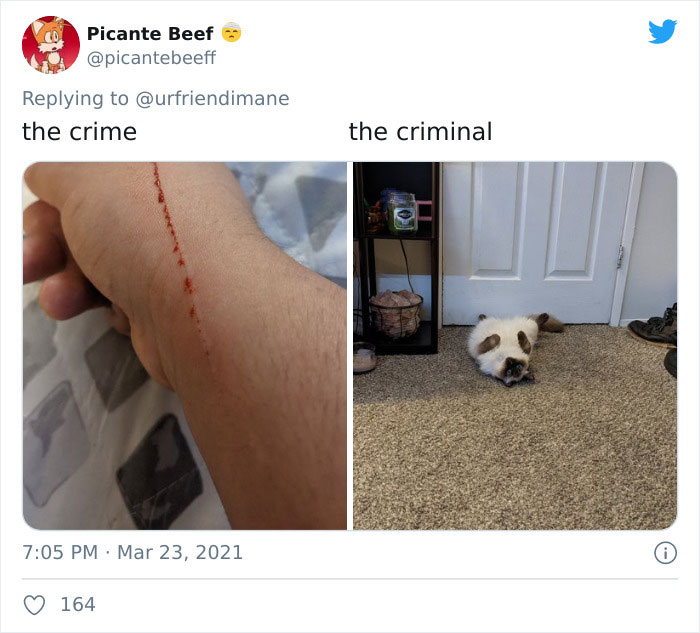 Cats are always called evil because they are always staring at you or they get angry when you touch them even if they lie against you. Well, cats are actually quite considerate creatures and we are the ones at fault for not understanding them properly. While I can’t defend the actions these pets have done, I can say that they did it because they were bored and they wanted to see what food it was. Basically, they can’t control their impulses as humans can. 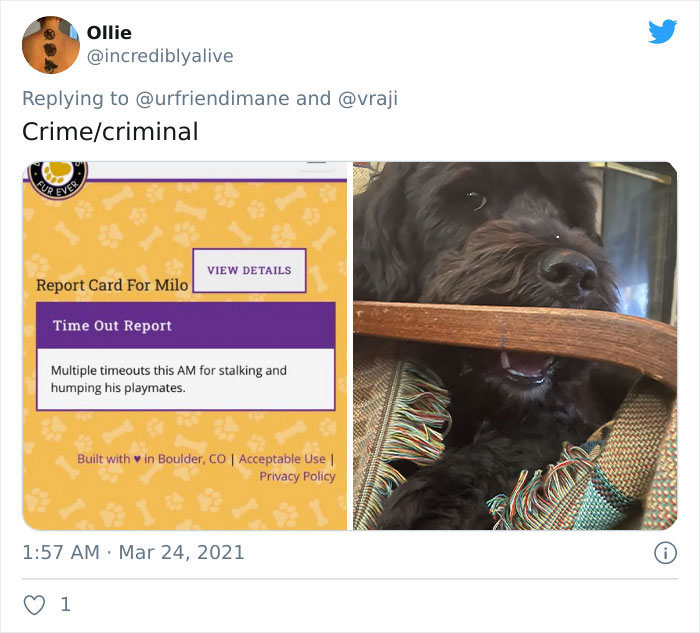 #11 She wanted to leave her mark on the chocolate brownie. 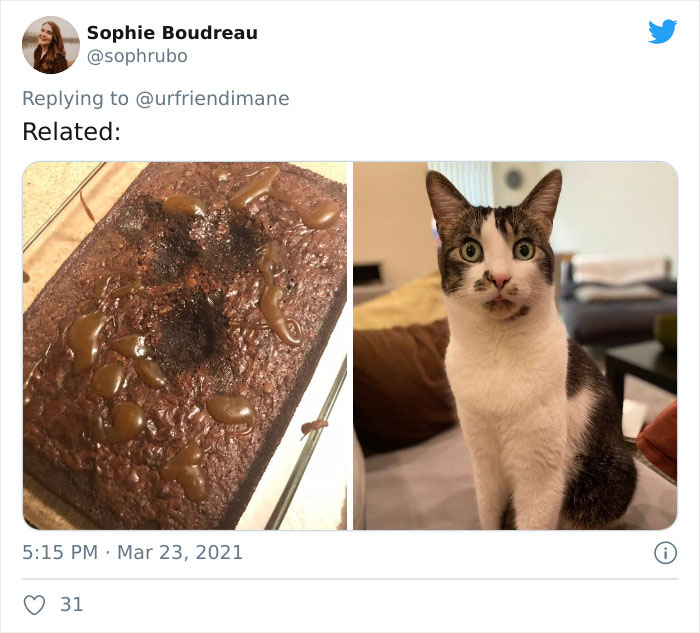 #12 This is why cat owners can’t have anything nice. 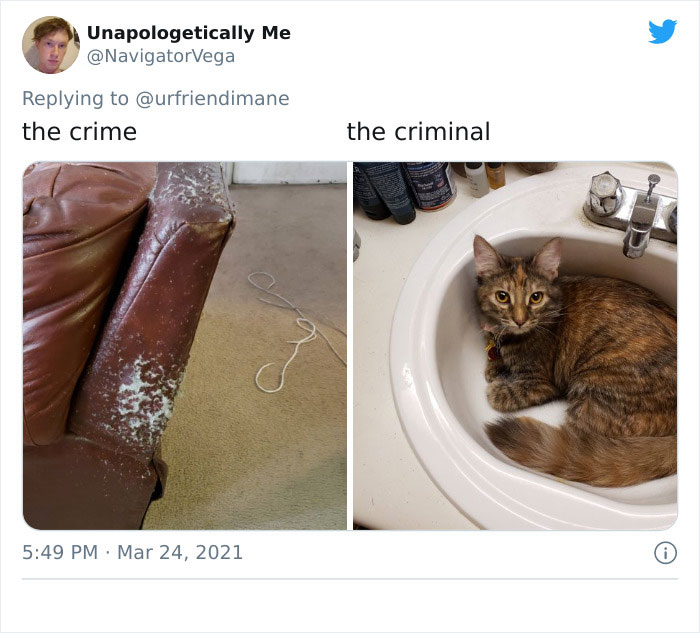 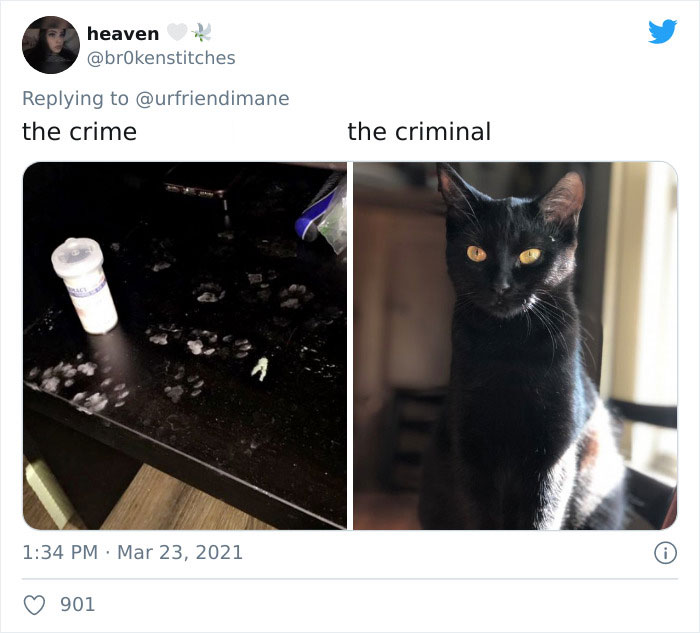 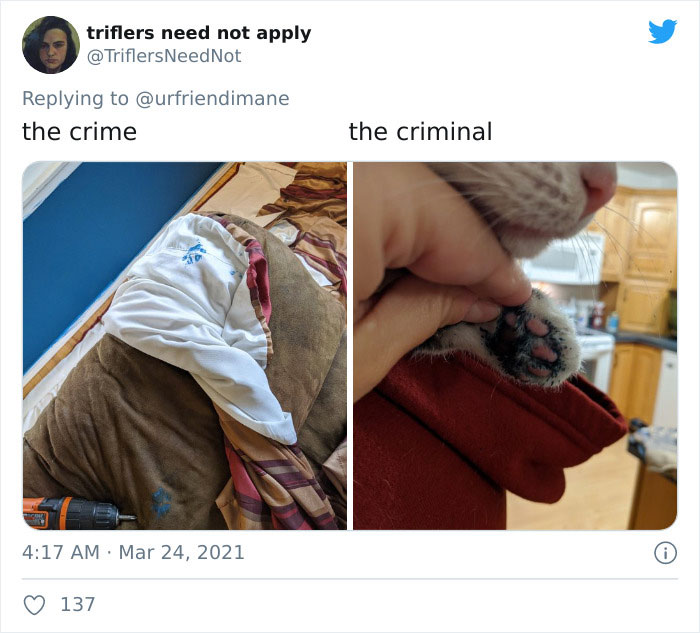 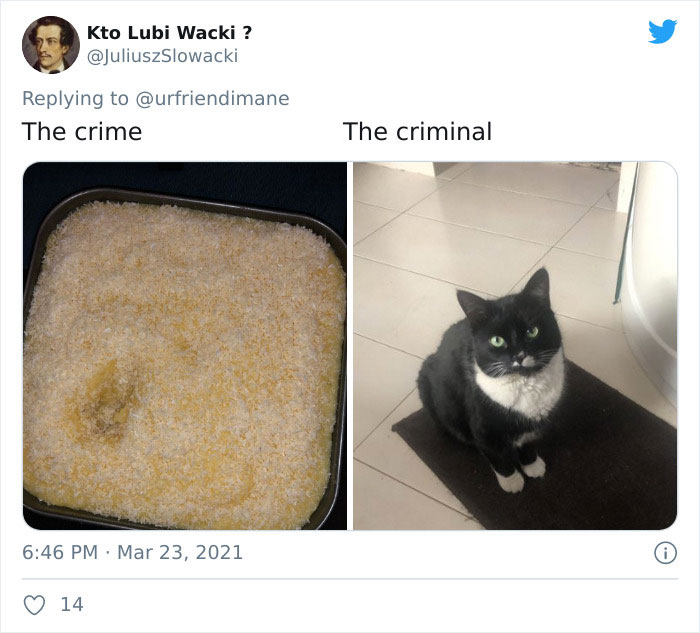 #16 At least she would never get lost so there is that. 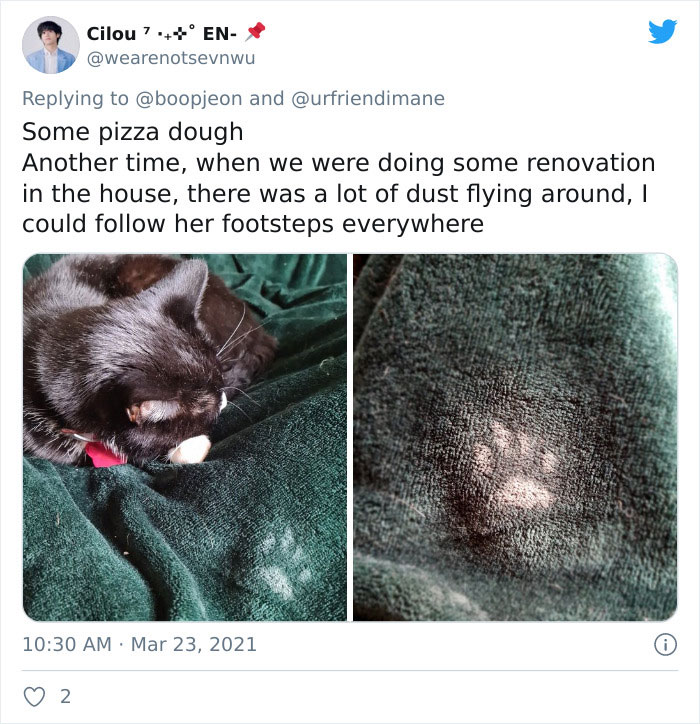 #17 These two are never going to tell on each other. 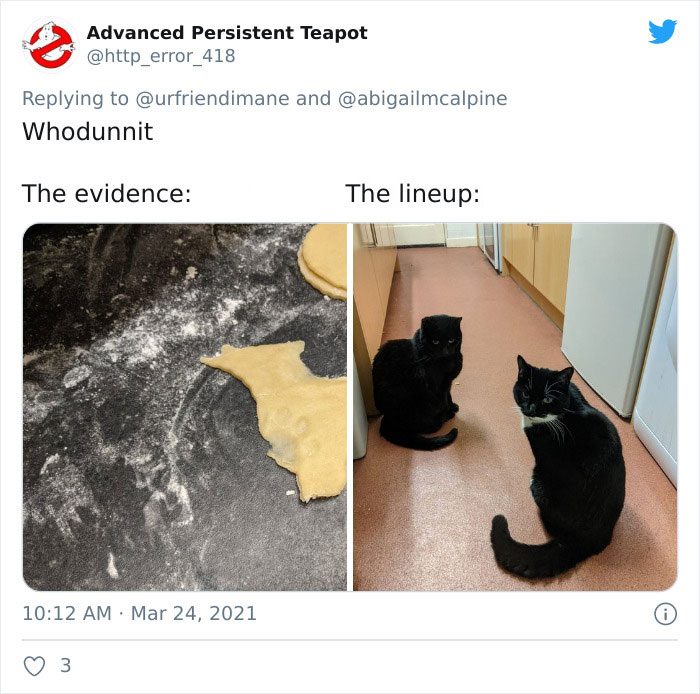 #18 Was she trying to dance or something? 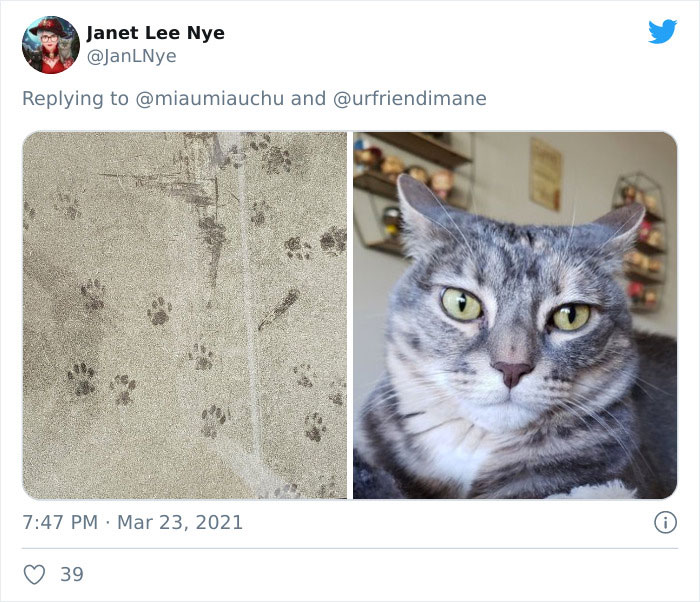 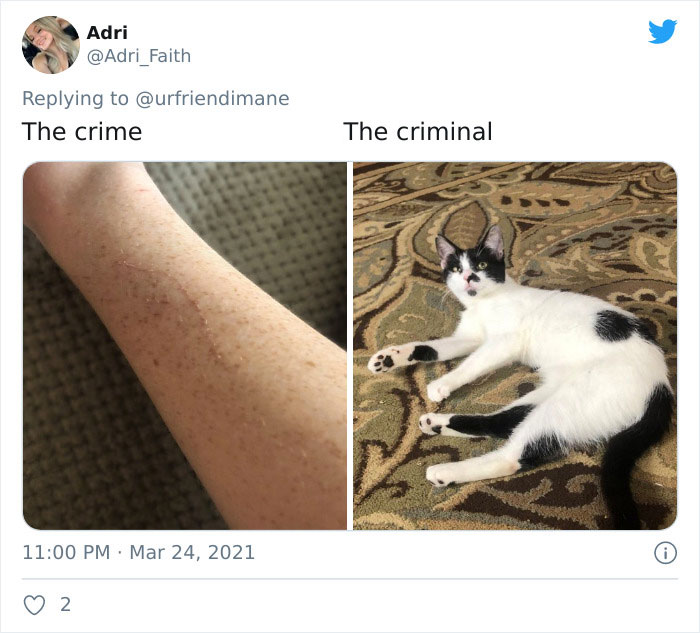 Have you ever caught your pet red-handed doing something? Do you usually scrape off a bit of food and eat the underneath part or do you usually throw away everything? Comment down below and let us know.