When a cat decides to take up the duty of a guard, it is over for any trespasser.

Be very aware, that the cats are in town and have adopted a new skill. As we all know, Cats are already so talented and hold almost every skill in their arsenal. From entertaining us all to kicking ass when the time comes, their is a lot of variety in their skillset. There’s one thing you would know if you know cats, they are very protective. Anyone who they love, they make sure is safe, healthy, and happy. I don’t think anyone has implemented the concept of companionship better than our very own cats.

In order to protect their owners, the following cats that you guys are about to see added a new skill into their arsenal. And that is to become a guard. Yup, previously it was the dogs, but now the cats have decided to lace up those boots and be ready to protect their house from any evil trespasser. Time to see cats in a new role; as guard cats.

Let’s enjoy some pictures of guard cats and see how good of a job they are doing. Scroll down below to enjoy!

1. One would be very aware after reading that sign until they see the cat in person. 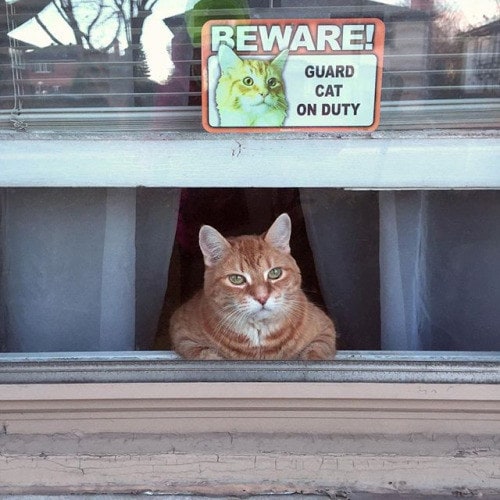 2. Beware of ca…okay not now, the cat is resting. Come back later to be aware. 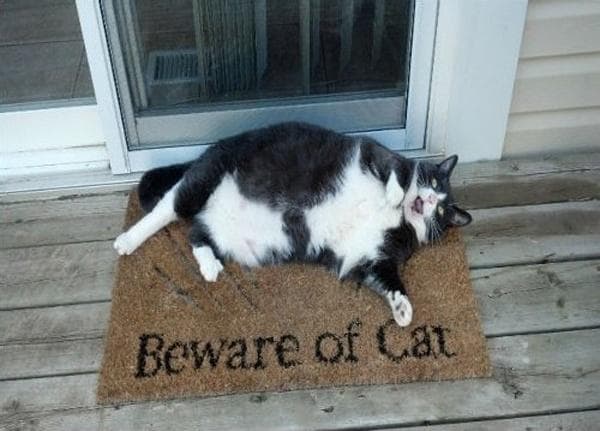 3. Those eyes are moving around like a surveillance camera. 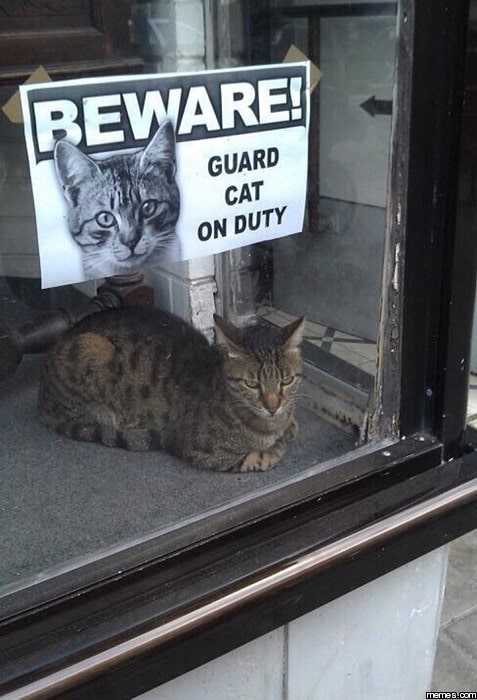 4. Don’t even try it with the cat. The dog is more polite. 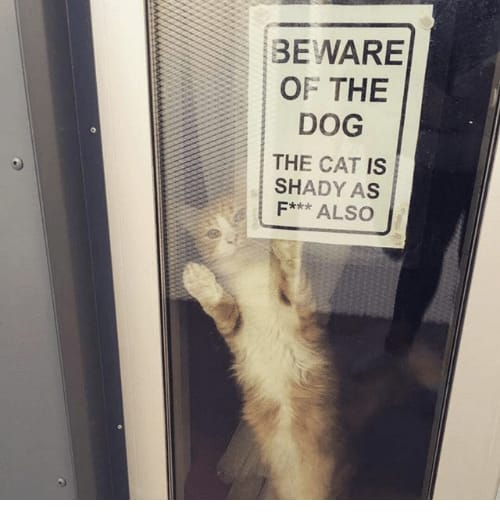 5. Nobody would want to mess with General Carter…when, obviously, he wakes up. 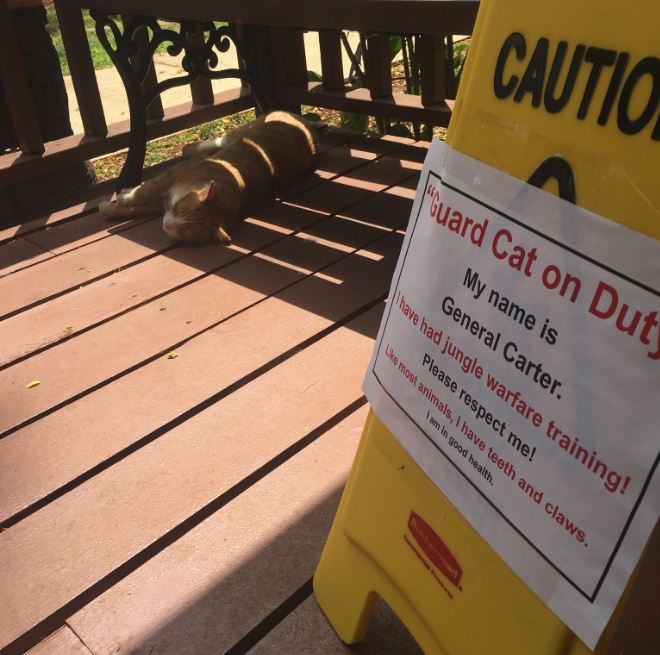 6. I think they meant beware of the cat’s cute eyes. 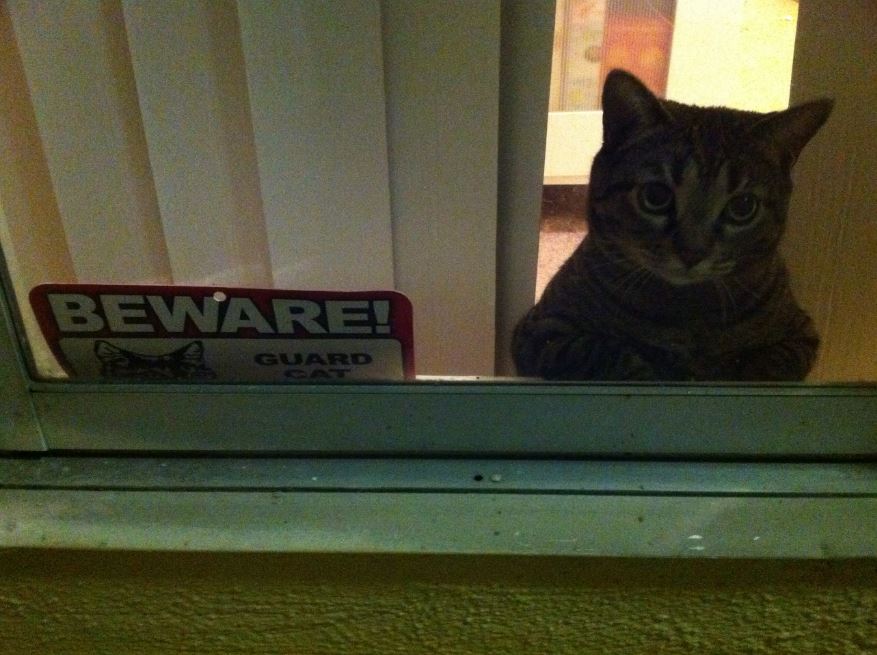 7. How can a cat this beautiful manage to scare people off? That’s the trick. 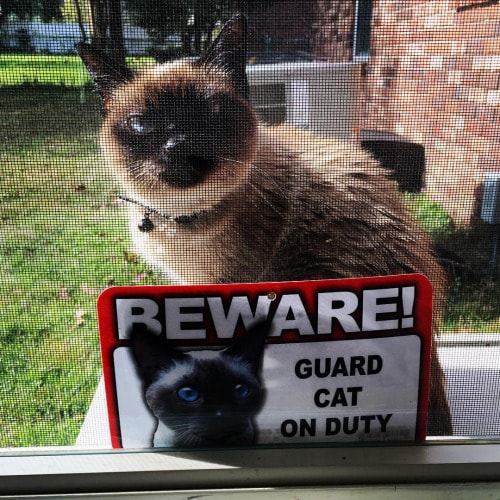 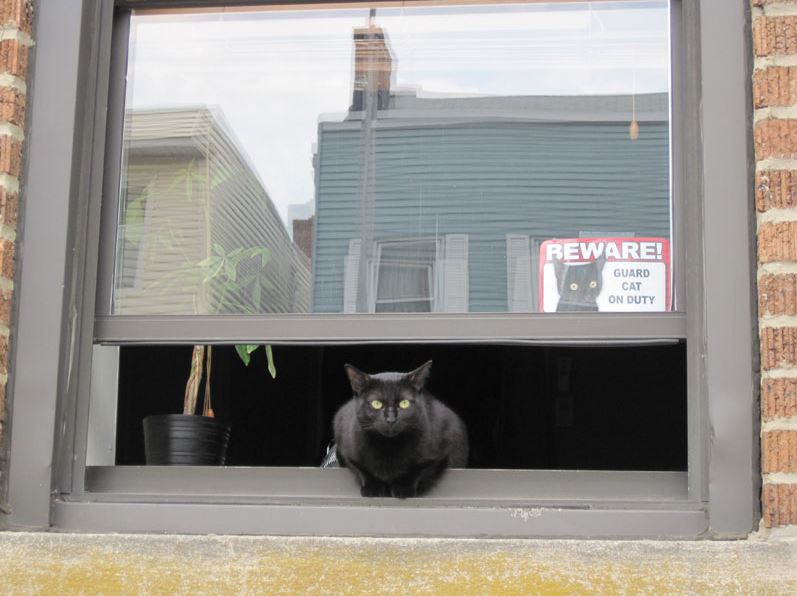 I don’t think they were born to be guards but they are certainly pulling it off, in a way. I think cats were built to keep the humans happy. They literally are the best and if I ever saw a guard cat, to be fair, I would take my chances and go closer because you just cannot resist petting a cat when you see one.

9. Don’t get deceived into thinking the guard cat is sleeping. It is still watching you. 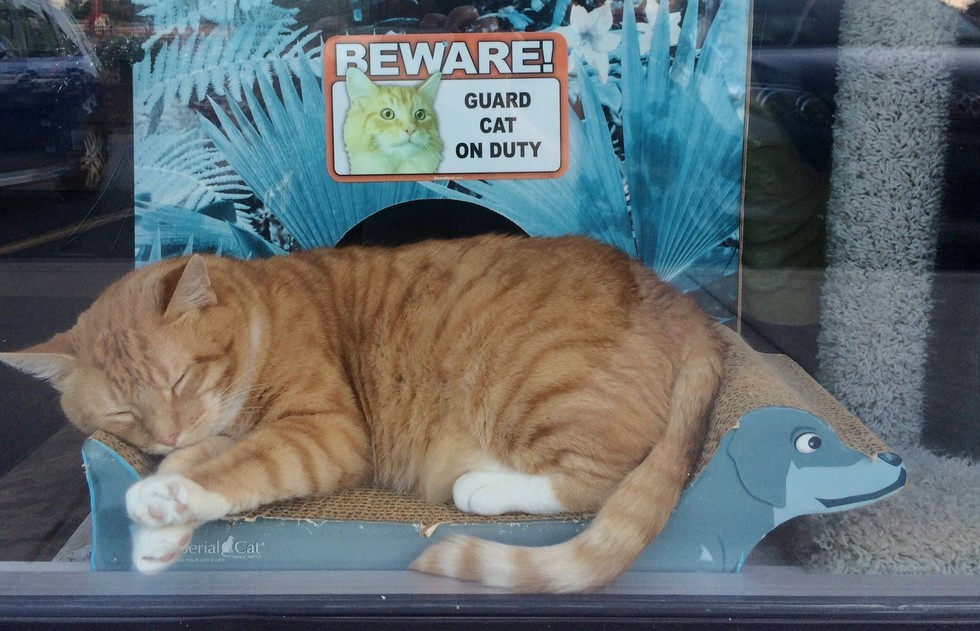 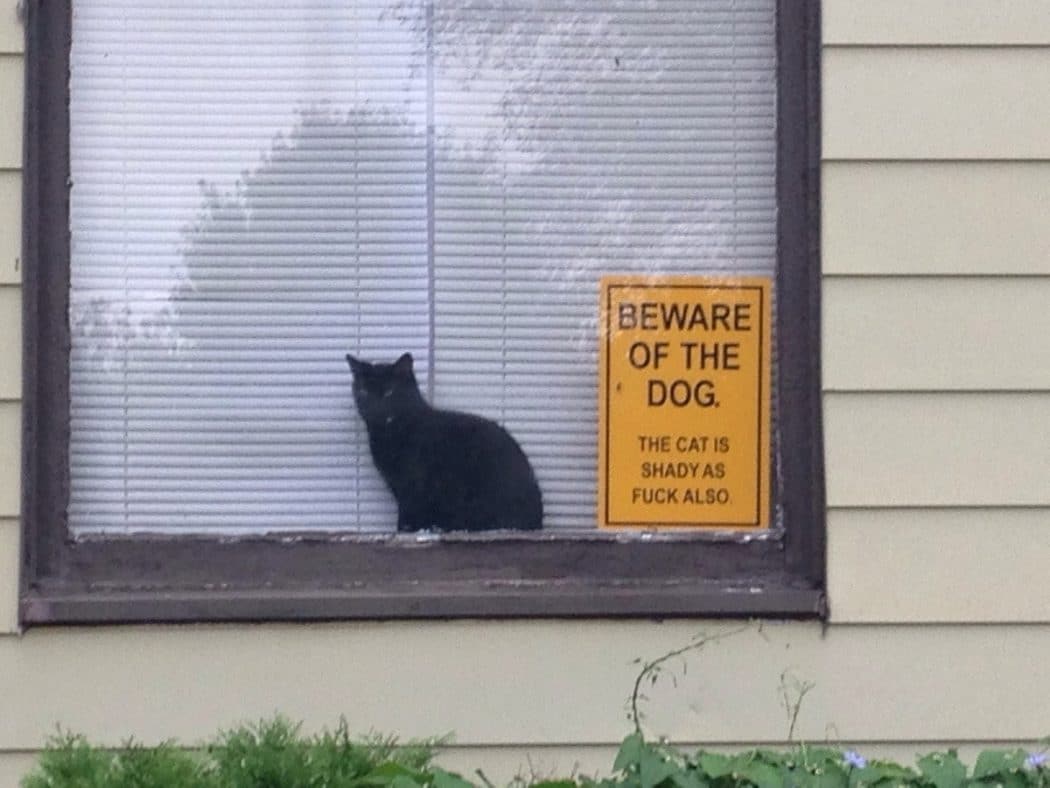 11. When you see a beware sign that mentioned both the dog and cat, be very aware. 12. Don’t get distracted by those good looks. 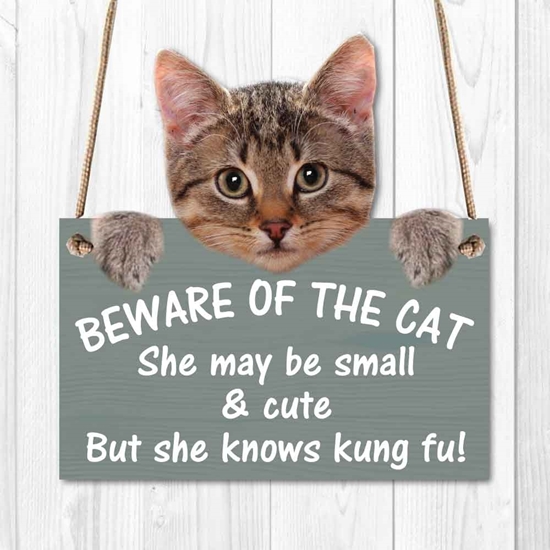 13. They have to force the cat’s expressions into making it look angry. Just too cute. 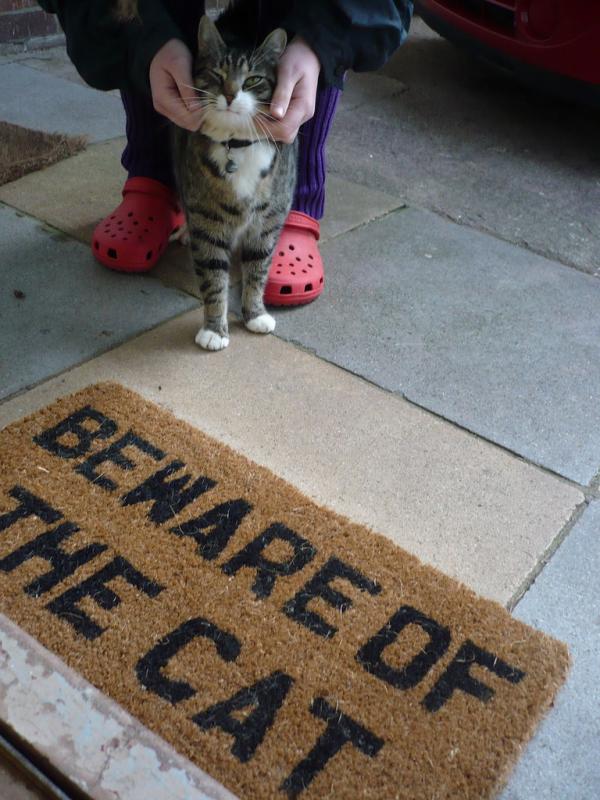 14. No one would want to get in the way of that thing. 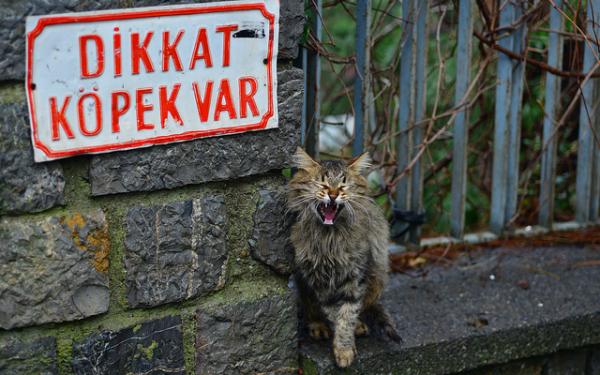 15. What’s up boss? Keep walking or I break you into tiny pieces. 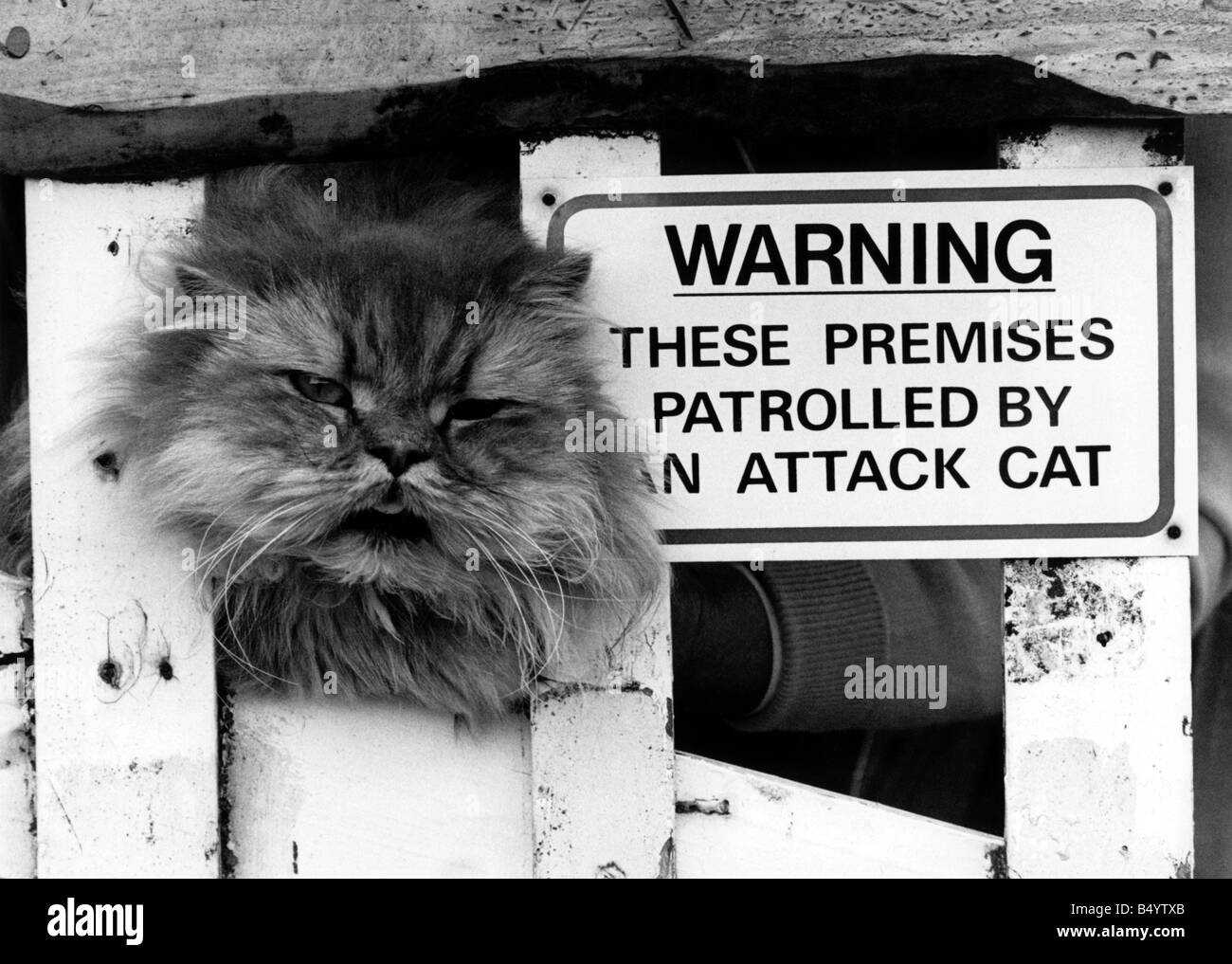 Have you guys ever seen a cat guarding a property? How successful was that venture for the feline? Let us know.