Employees can either make a company successful or a failure.

The survival of a corporation depends on the performance of employees. If the employees are highly motivated, creative, hard-working, and punctual, the company will prove to be very successful in the future. However, if the employees are lazy, lack passion and motivation, and are barely driven to work hard, they will cause a lot of loss for the company. The behavior of employees, however, depends greatly on the work environment. If employees are given a toxic and de-motivating environment, they will barely even want to work. Creating a good work environment is the duty of the boss or manager of the workplace. In conclusion, managers and bosses are responsible for the performance of employees.

Brigette Hyacinth wrote a post on Linkedin about the 10 worst boss behaviors. If you see any of these signs in a boss, consider it a red flag. The post has gained a lot of popularity on Facebook, Linkedin, and Imgur. As a lot of people can relate to having bad bosses, unfortunately, they can identify most of these behaviors in their own boss. However, the post can also act as a guide on how not to behave if you are the manager or boss of a workplace.

Brigette explained how a manager is capable of stripping an employee of their passion and motivation. 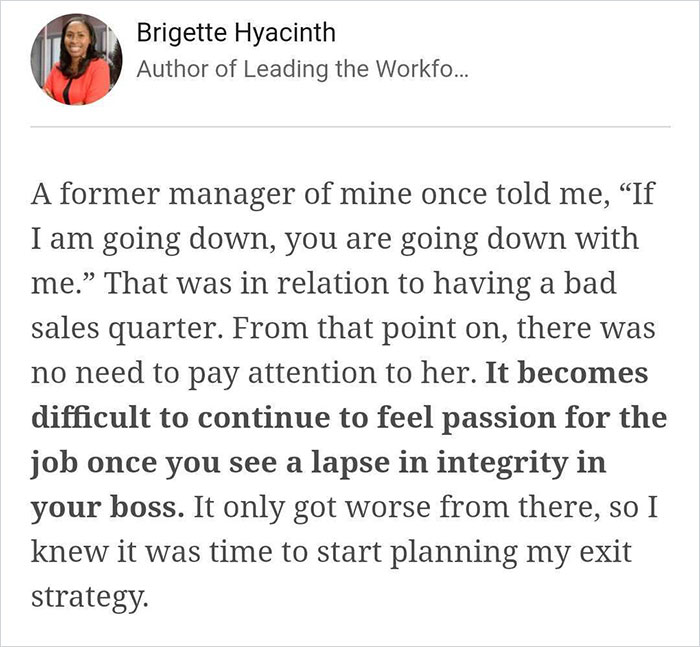 If a company has a high turnover, there is something wrong with the management. 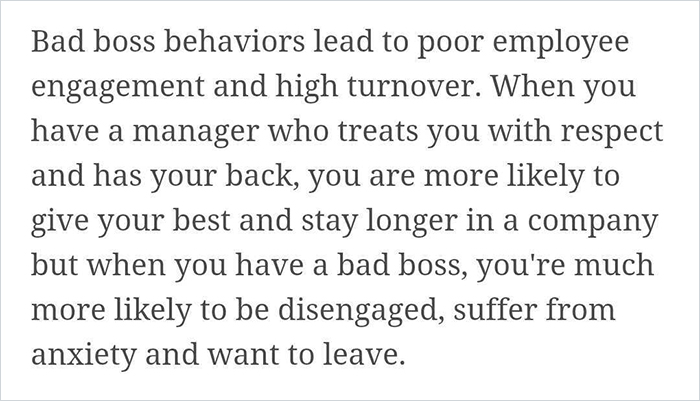 She then listed the 10 worst bad boss behaviors: 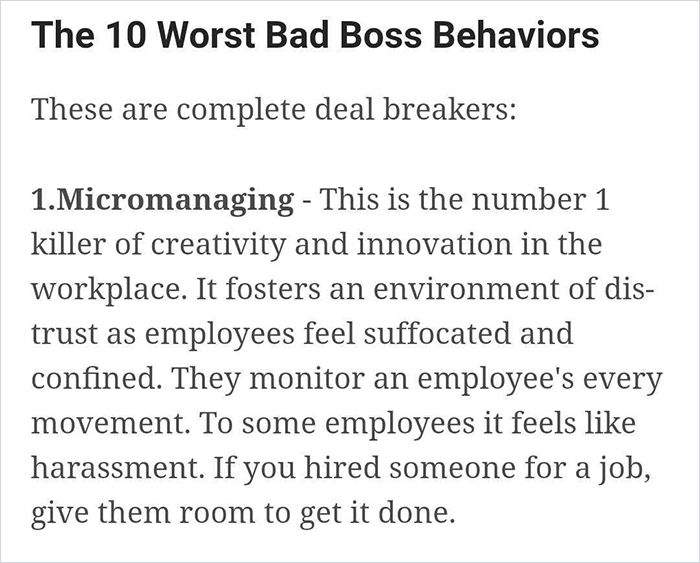 2. Setting up people to fail. 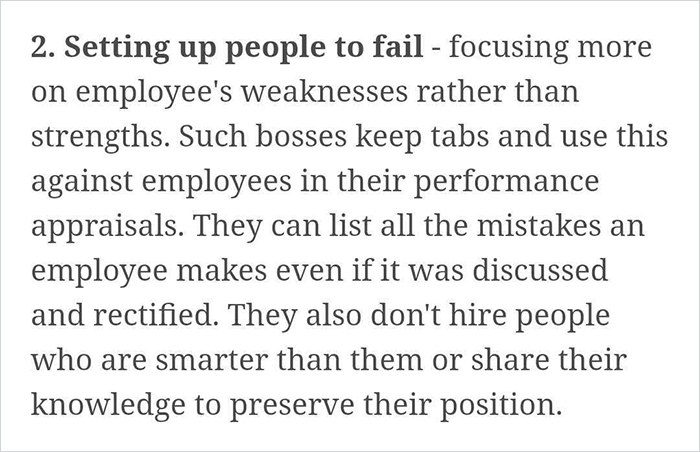 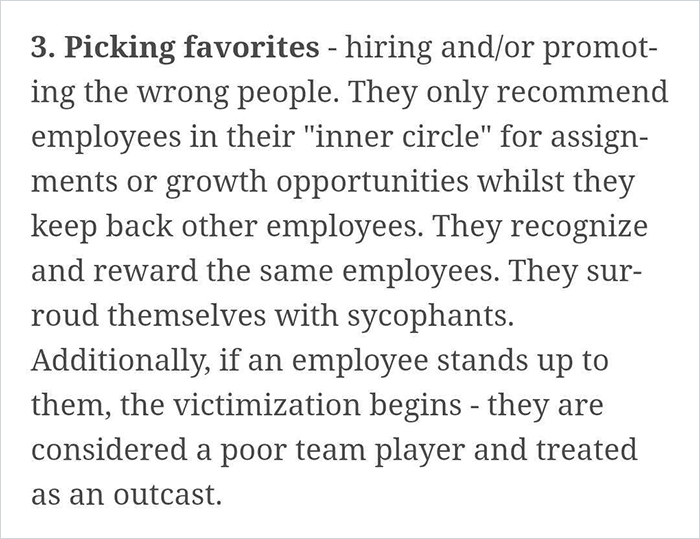 4. Taking the credit for employees’ work. 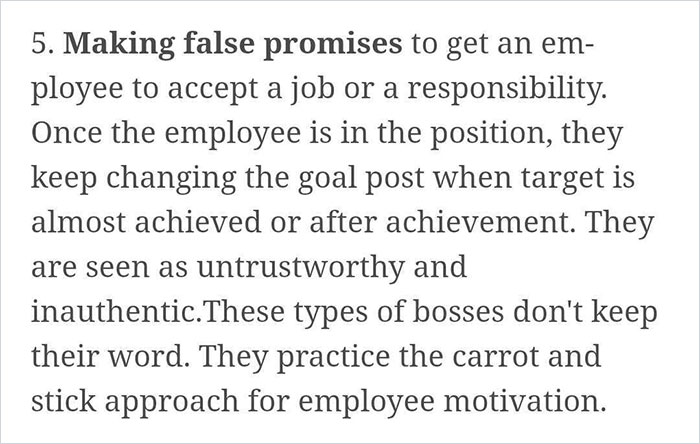 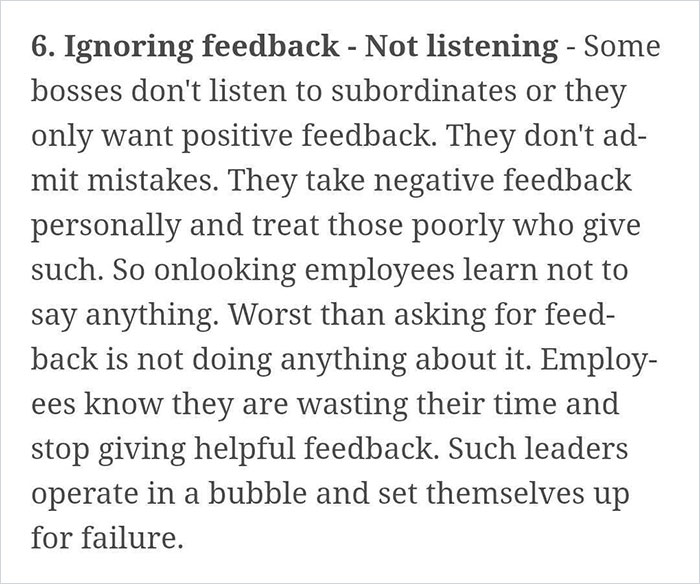 7. Not standing up for employees. 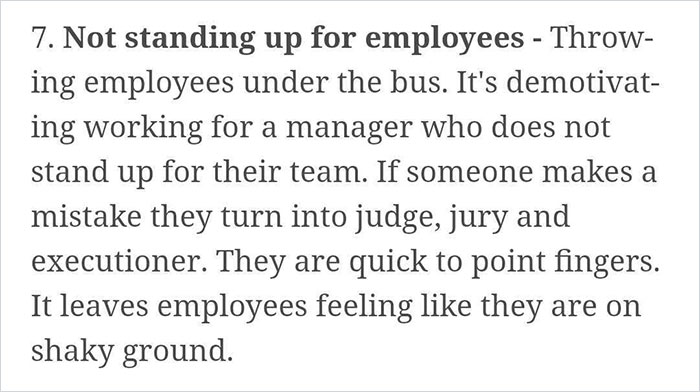 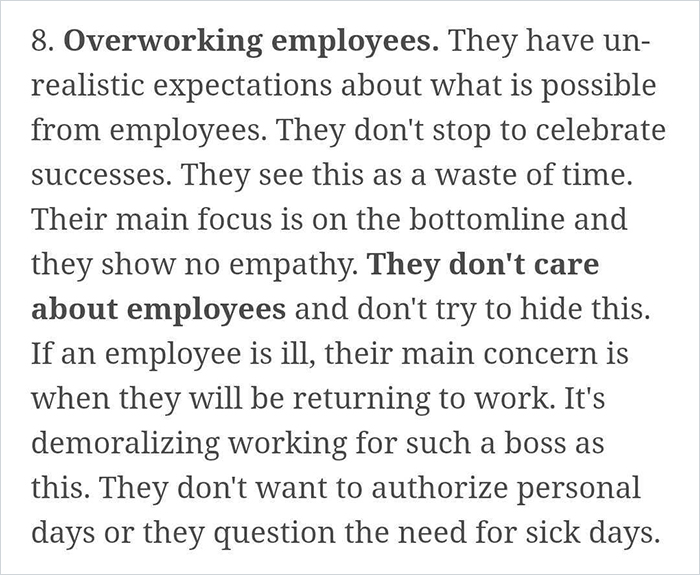 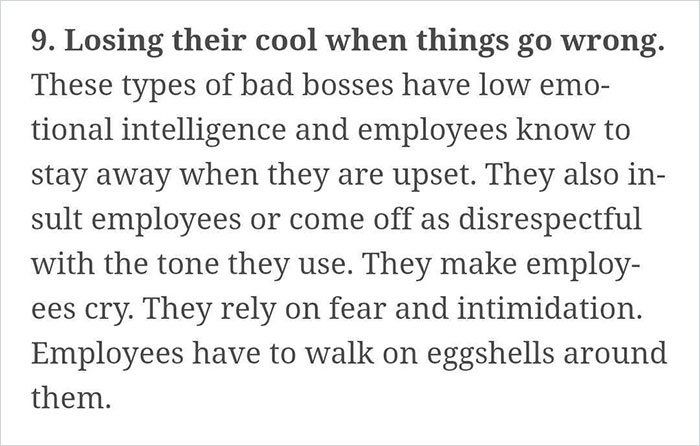 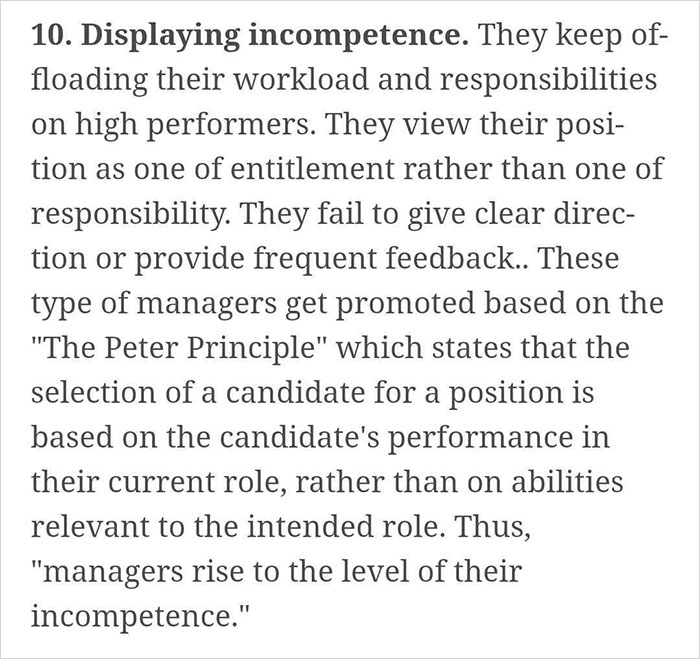 In an interview with Bored Panda, Eddy Ng, the James and Elizabeth Freeman Professor of Management at Bucknell University, said a strong workplace leader is one who “does the right thing” instead of trying to do things to gain popularity. 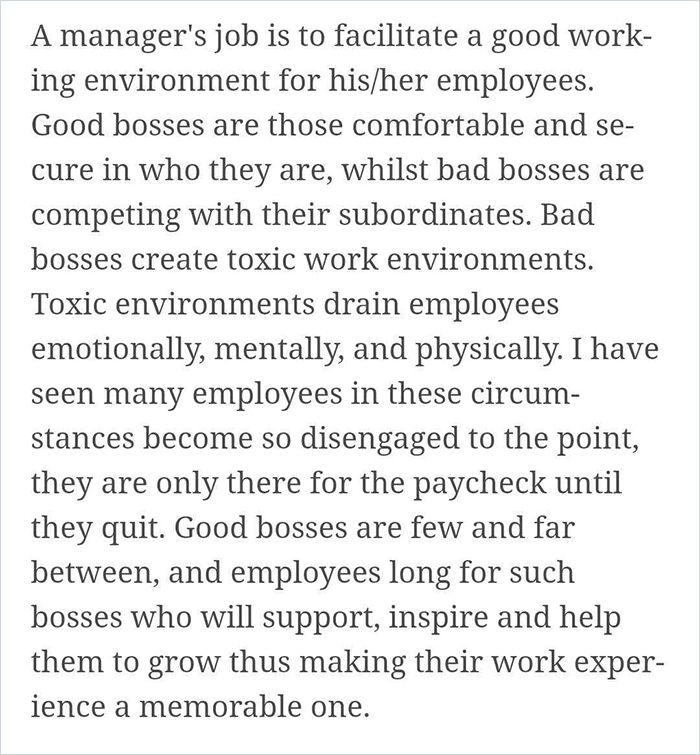 “The notion of servant leadership is gaining attention in the workplace. Although it is associated with many of the strong leadership traits such as empathy, selflessness, and humility, the focus is on the leader’s propensity to serve (or support) their followers. Servant leaders empower and lift up followers (employees) to motivate and fuel their passion,” Professor Ng said.

The leader-follower relationship depends on the exchange between them. “Employees can manage that relationship to have work satisfaction. In this instance, employees need to communicate what they need (tools) or work conditions (autonomy) in order for them to perform optimally when working with a controlling boss. Employees need to convey what they can and are able to perform.” 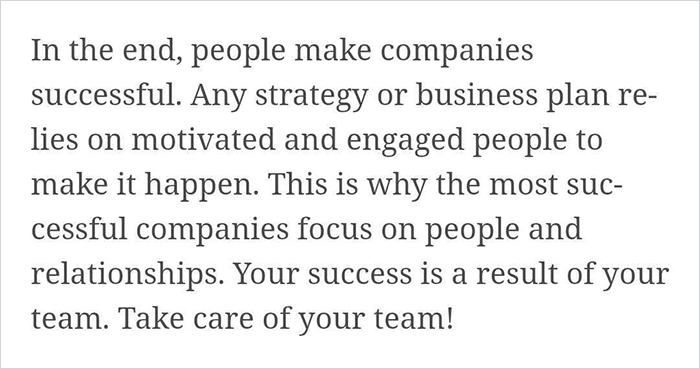 However, some people just aren’t meant to be good leaders if they are not competent. A good manager needs to have strong morals and ethics, they should be self-aware, and allow themselves to learn new things and grow. It is a manager’s job to make their employees feel safe.

This is what people had to say about the post:

A good boss is truly a blessing for both the employee and the company!

What is your boss like? Do they have any of the qualities listed above? Share your thoughts with us in the comments below.