Do you believe in horoscopes?

Everyone has a different opinion on horoscopes. Some are avid readers of everything they can find about their horoscope while others just do it for a bit of fun. I fall in the latter category. As humans are complex beings and the characteristics described by your star can’t possibly be true for every person. However, that is not to say that I am bashing anyone who believes in such things. After all, it is an interesting thing.

Well, one person wanted to take it a step further. They wanted to describe the twelve horoscopes through Scream characters. If you haven’t watched scream, then my first question would be: Have you been living under a rock? And that you should definitely watch it after you finish reading this of course. Because the movie will shed a lot more light on these characters. You can see that for yourself by scrolling below.

#1 They are basically the final girl trope taken to the extreme. 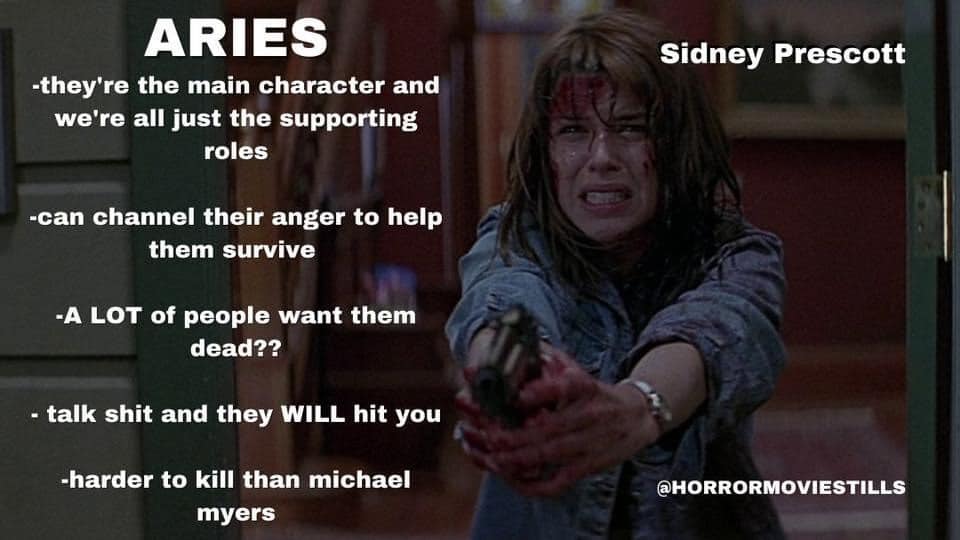 #2 Basically you don’t want them watching your back in a Zombie apocalypse. 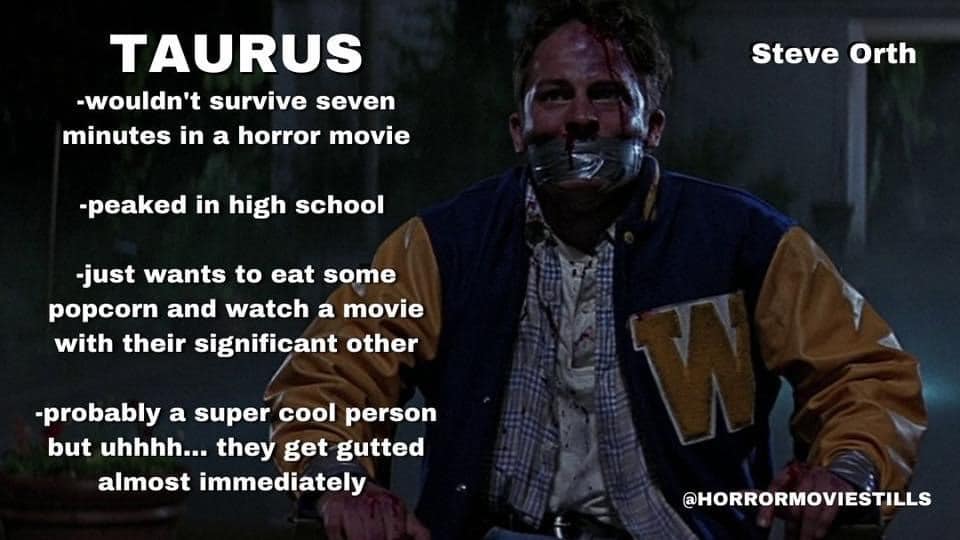 #3 They have many faces and you will never know which one is real. 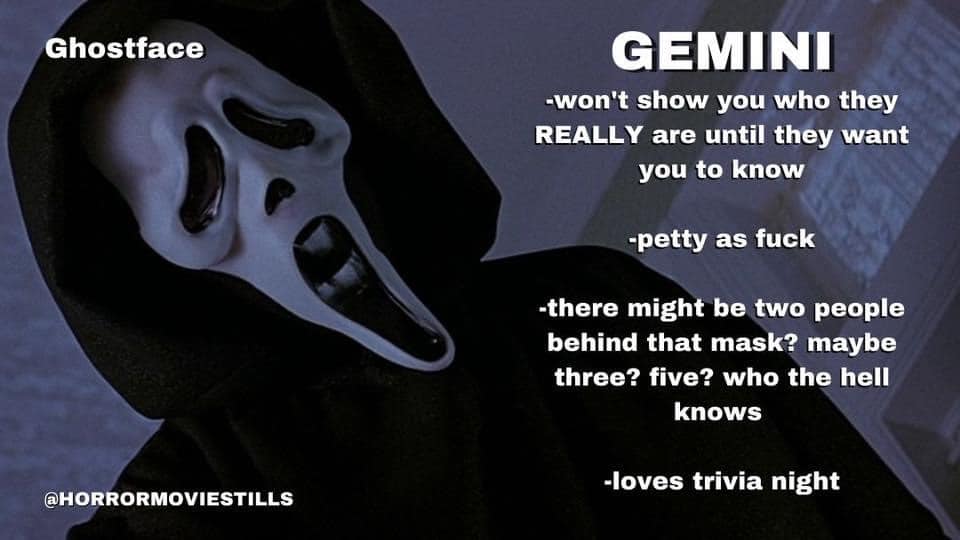 #4 They are the one behind the scenes making everyone else look pretty. 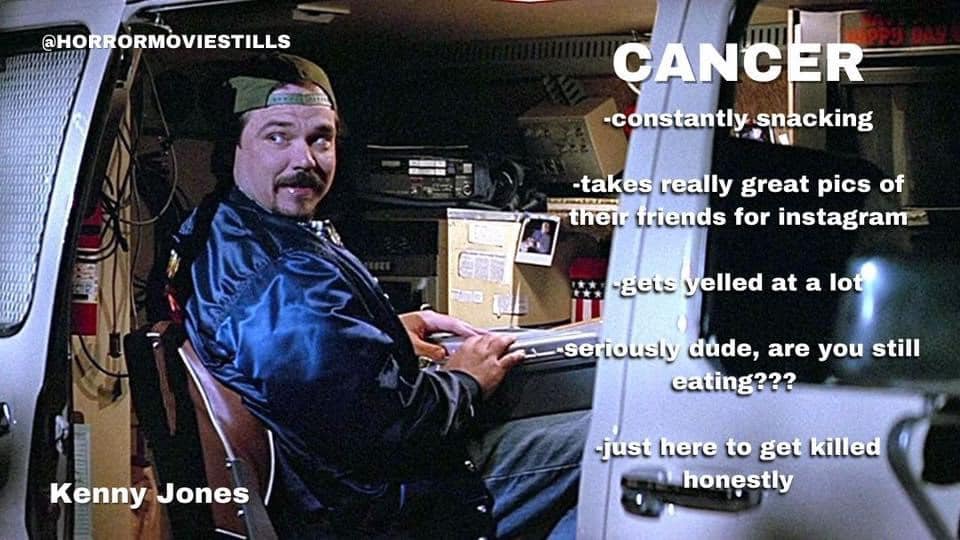 #5 They are the perfect person with every quality one could need. 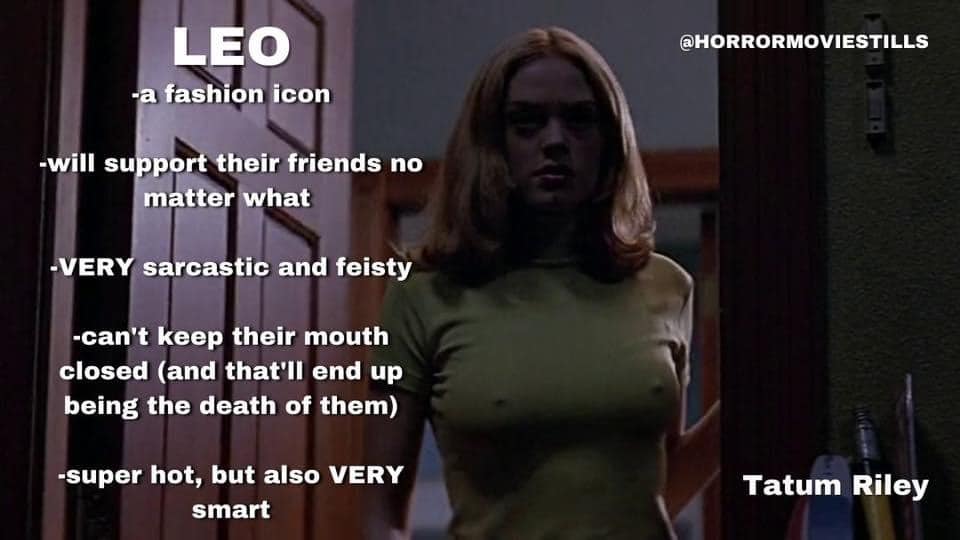 #6 They always know a lot more than you no matter what. 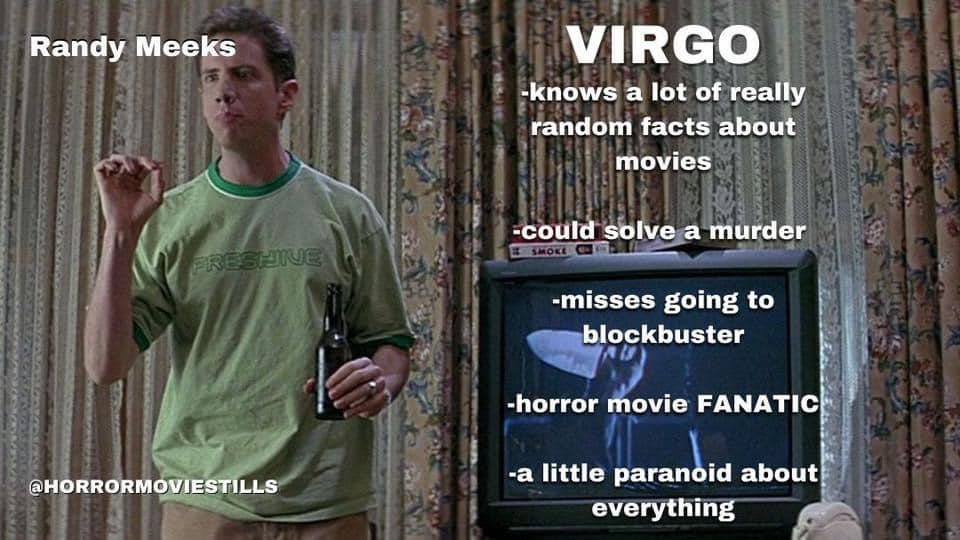 While astrology has been debunked by science many times, many people still like to belive the power of their star signs. While I can say some of the characteristics described for my star sign are true, at least one characteristic will fit anyone so it is really not that hard to guess. And no matter what some say, Astrology doesn’t fall into the bounds of science. It is more about faith and such rather than hard facts. But when has that stopped people before?

#7 They might be a bit crazy but all the best people are. 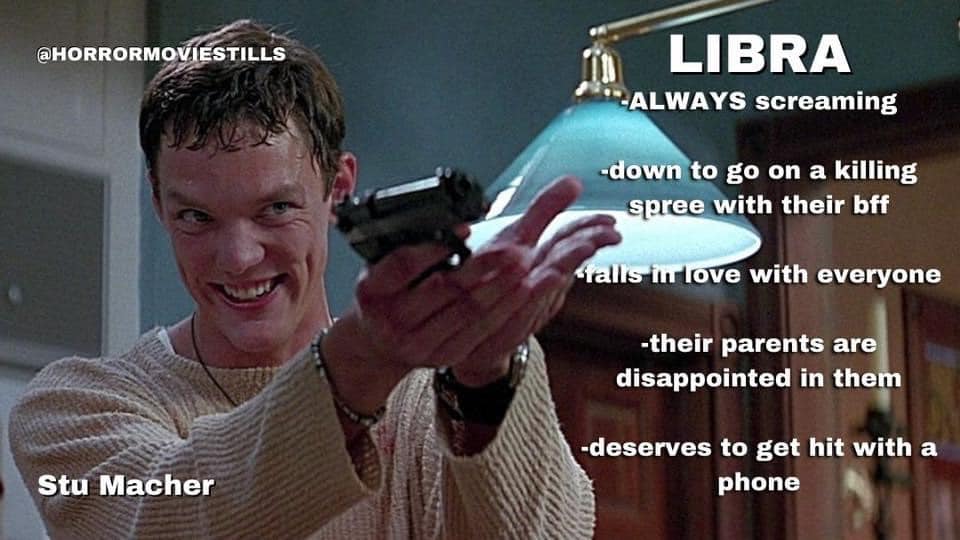 #8 Even if you know you shouldn’t trust them, you can’t help it. 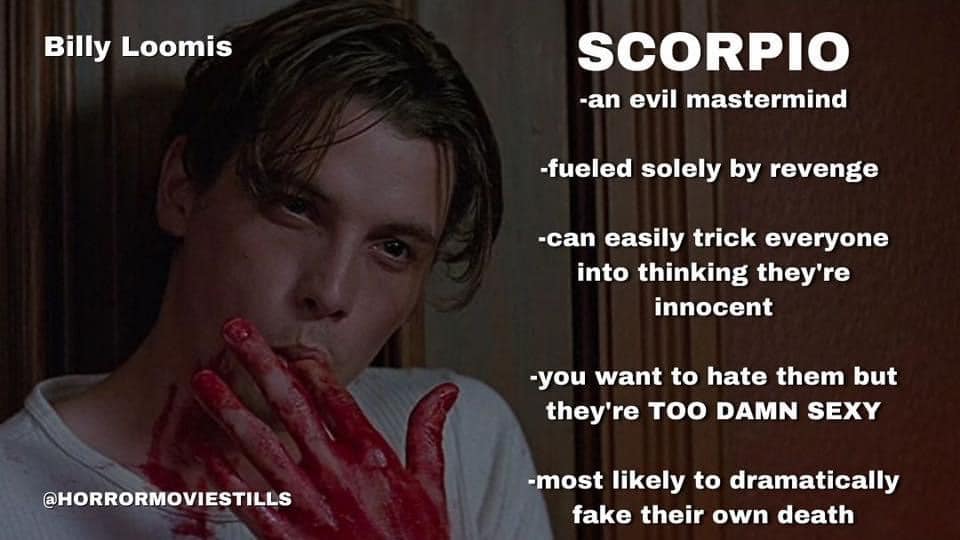 #9 Their job is their life and they know how to be the best. 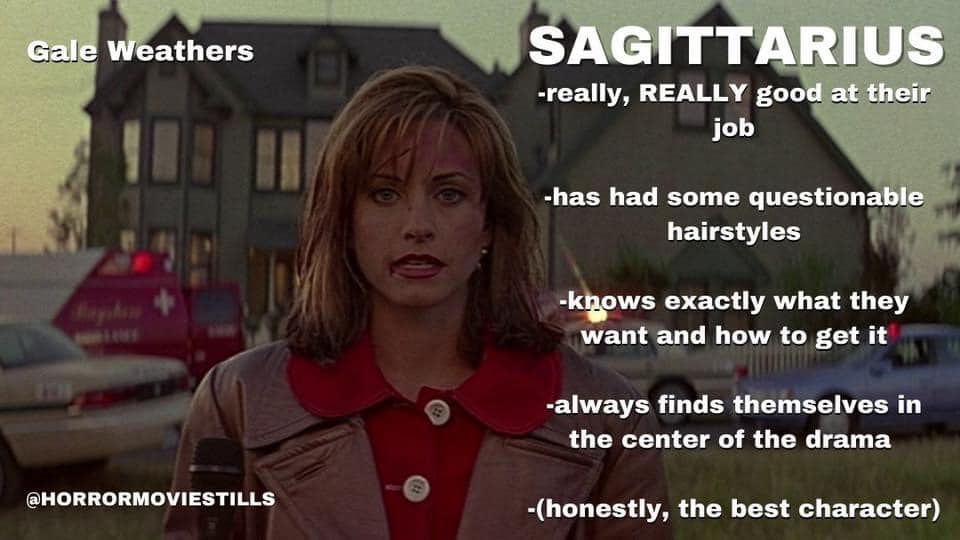 #10 They might be an idiot at times but you will never find anyone more loyal. 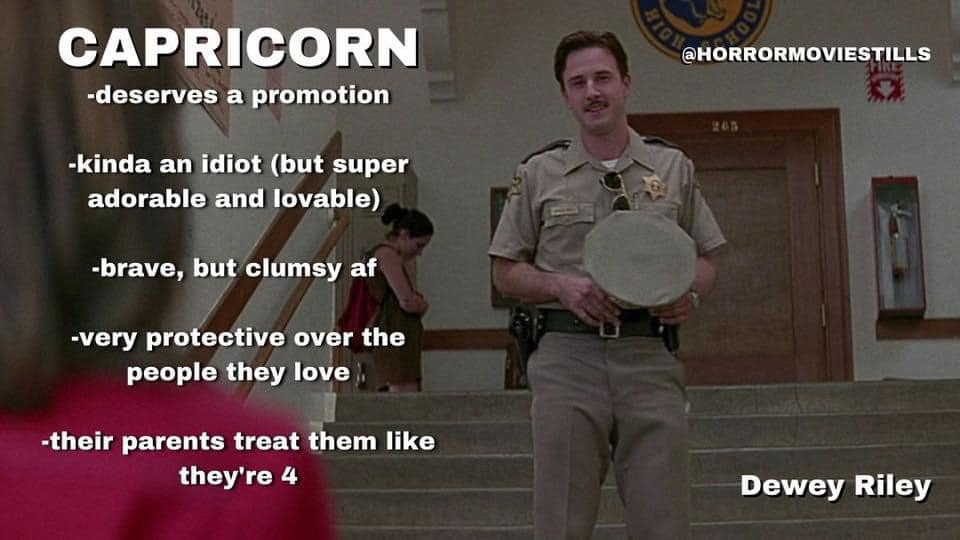 Some star signs are apparently not good in a panicked situation. And you should always ask someones star sign before you take them with you in the Zombie apocalypse or if a person in a ghost mask is chasing you around with a knife.

#11 I don’t know about anything else but the hating authority part is definitely true. 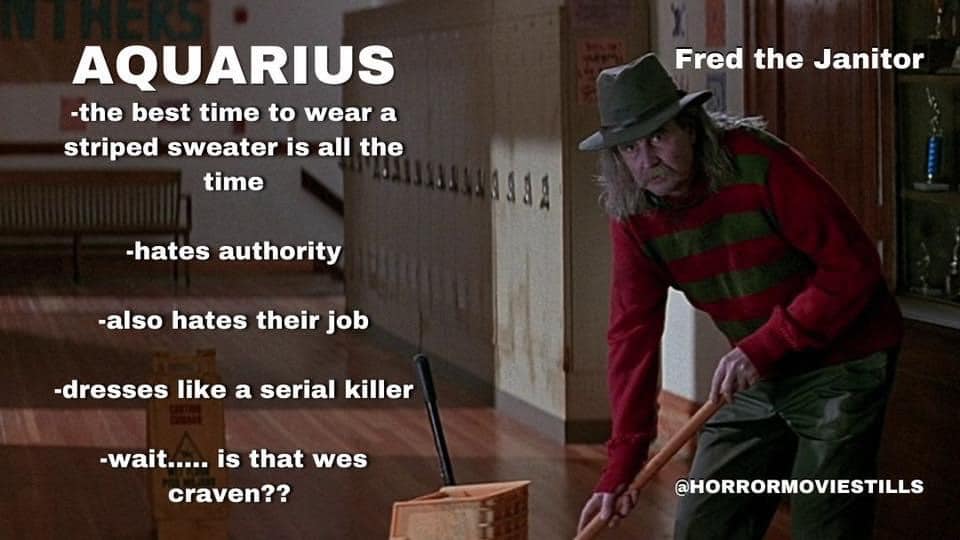 #12 They are the ones who you scream at not to open the door but they do it anyway. 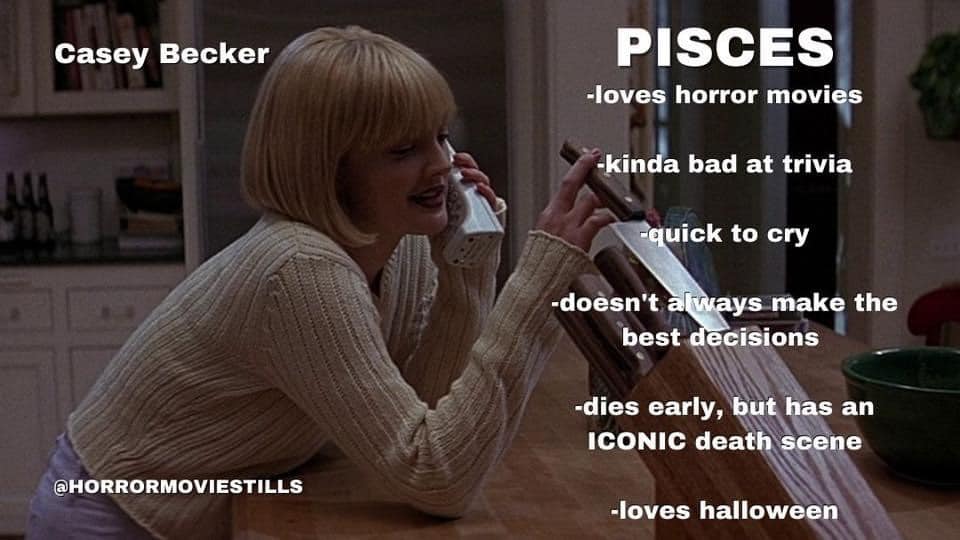 What do you think of these horoscopes? Do they fit you to a T? Comment down below and let us know.