Kids are innocent. They tend to say their thoughts out loud which makes them look adorable, but these little devils horrified the adults by attacking their age (that too, on a very personal level). These children had absolutely zero filters on their impressions and mouths. They just spewed whatever came to their minds without thinking twice making these even humourous. The best part is, they are unapologetically scintillating. Some of these children make me wonder about their thinking processes because they either have to be really hawk-eyed to make such observations or just really gullible to believe these adults belong from the 19th Century.

Age is ‘not’ just a number for these kids, but also their most powerful asset to use against the adults (and it’s working for every single one of them). I mean how would you feel if you were 16 and someone called you a GRANDPA! That is just how every other adult in question felt. These adults probably had no idea what was in store for them, or if the children would be so brutally honest but just like what everyone says, ‘children always tell the truth’ no matter how uncalled for it is. These kids have a knack for being funny without even realizing it.

Scroll down and check out these tweets from adults who had one on one experience with these devils in disguise! 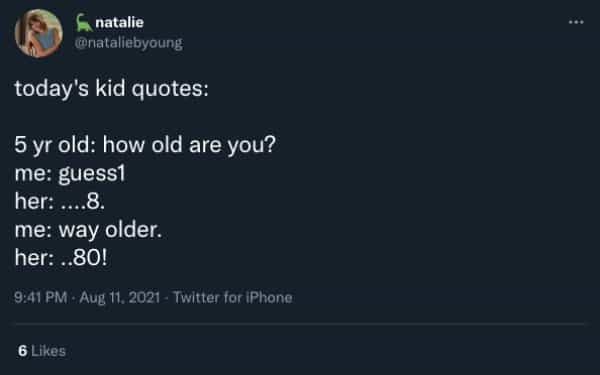 3. Ouch! you kind of brought this upon yourself 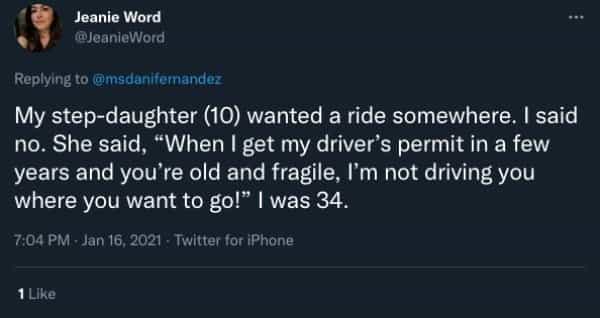 4. This kid is definitely going places 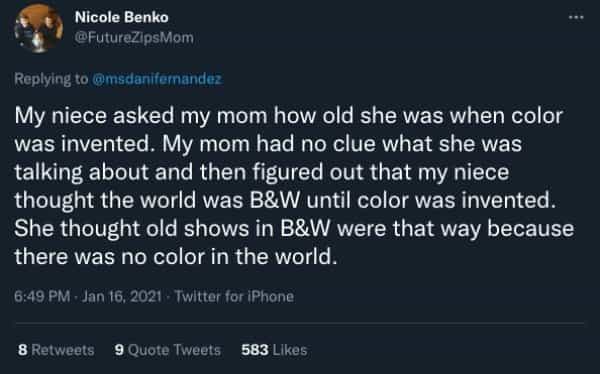 5. Ouch! Someone needs to put ice on that burn! 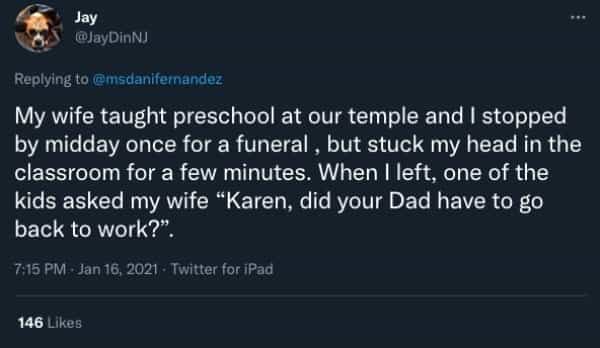 6. You must be used to it by now, Nicole 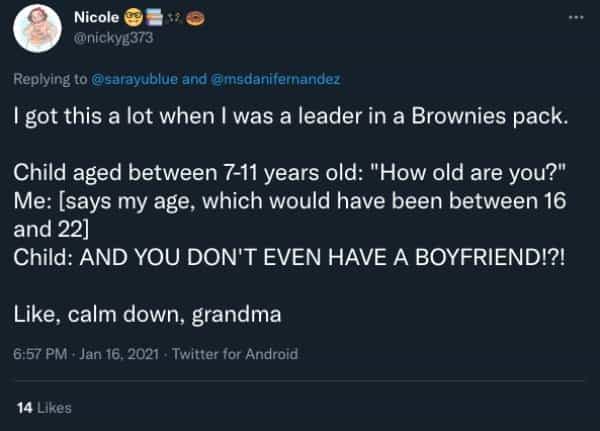 7. These children just taught their own teacher 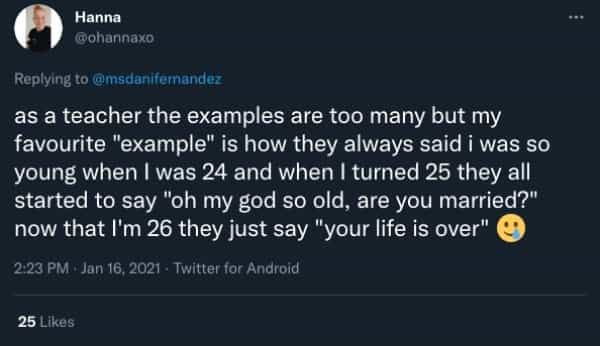 It’s all a matter of one year, tbh!

8. You had to see that one coming

9. We want the answer to your question too, kid 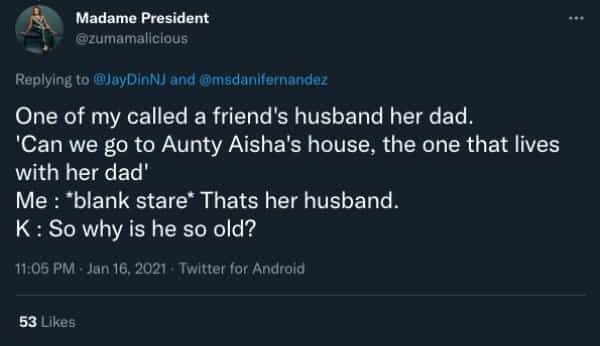 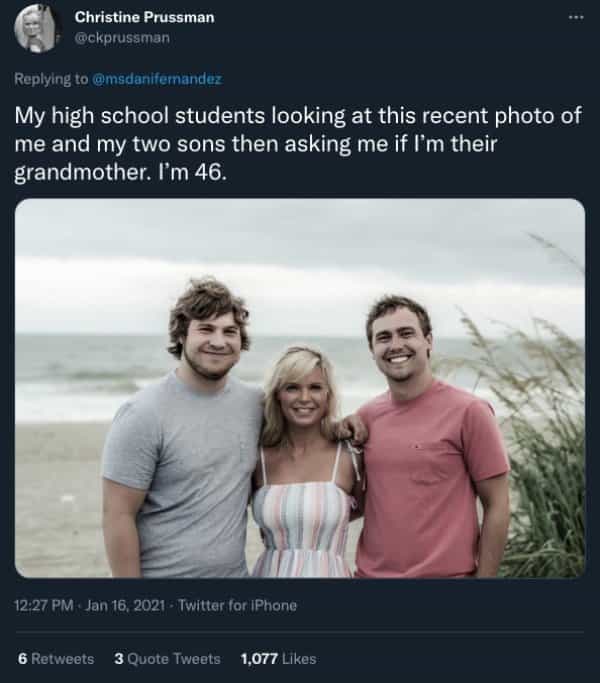 They just have no filter, do they?

Woah! These devils have got no chill. They are not only giving unnecessary reality checks to these adults but also astonishing them with how savage they can be. The most hilarious thing about them is that they are extremely nonchalant about their remarks as if it’s completely normal. These adults were probably having the best time until they heard the word ‘old’ attached to their name or appearance. The saddest part is that these children will not even think about it but these adults, it is going to stick by them. But that is what makes this even more amusing, the casualness and the hostility of these children, do not forget the expressions they use! some of these posts made me hysterically laugh but some of them just made me feel bad for the adults who had to go through the honest opinions of the grinches who burst their Christmas bubble.

13. This is where you need to ask yourself, ‘What went wrong?’ 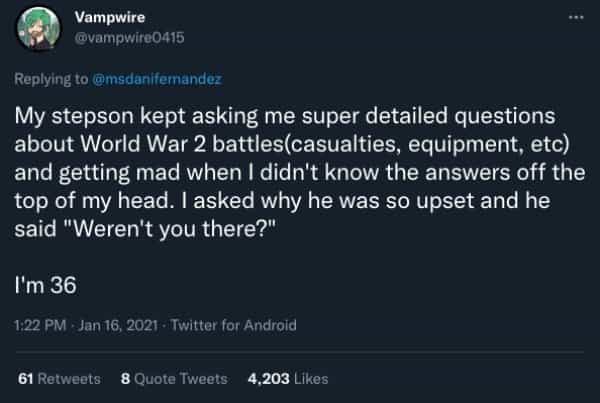 15. Her assuming you were there should be great-ly depressing for you

16. That is what you get for acting cool with kids

17. Aww, any kid can make that mistake 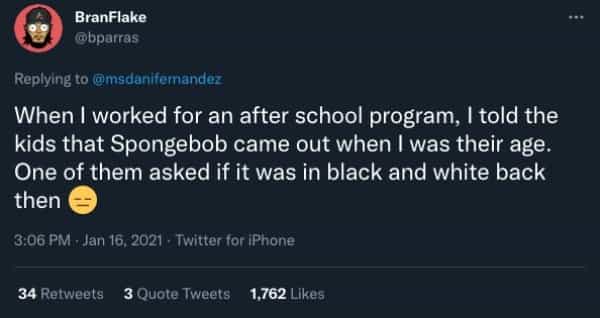 18. You can either be the coolest aunt or the oldest, there is no in-between 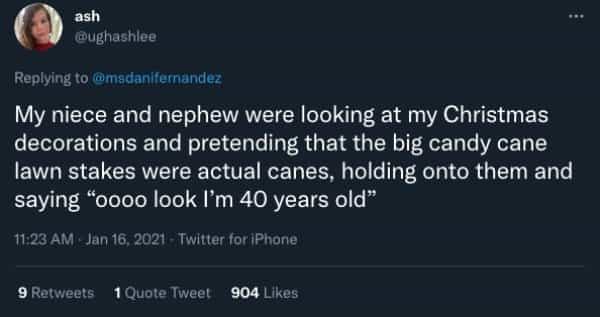 19. I thought only kids could make this mistake… 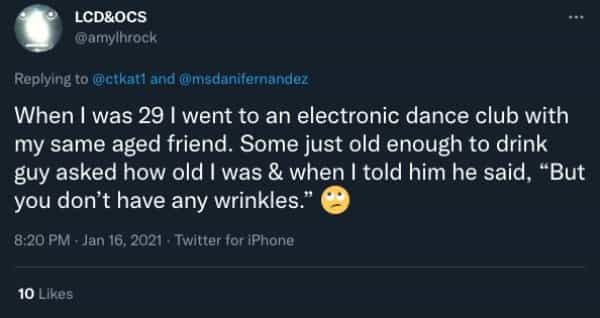 20. When the realization hits you… 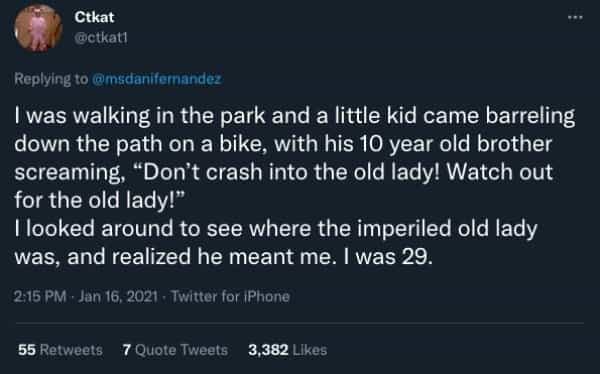 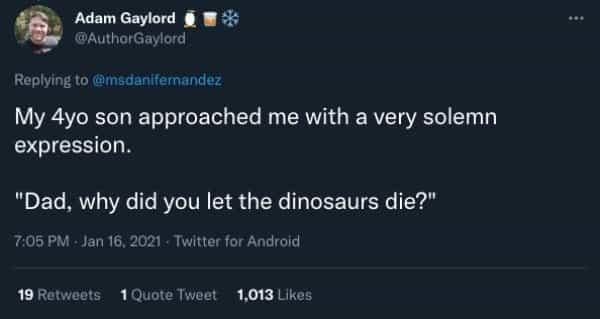 The children normally say whatever comes to their mind as an instinct, which makes it even more hilarious to be around them. I don’t know what’s worse, them not caring about the feelings of these adults or them just carelessly speaking their mind.

Moreover, these remarks made my day and I hope they make you laugh just as much they made me. They are not only innocent but absolutely hilarious at insulting these adults. I bet you’re thinking about what goes inside these children’s heads when they are judging? I AM TOO! These crotch goblins were up to no good and proved it to us by truly being their most natural self. You know what they remind me of, Dobby from Harry Potter!

What did you think about the observation on the ages of these adults made by these children? Did they make you laugh and wonder how brutally savage they are? Let us know which of these judgments were your favorite and the funniest in the comments section below!