Motherhood is a full-time job.

Even though many of us in the world don’t appreciate mothers as much as we should, sometimes even calling them lazy but the thing is it is just like any full-time job. And even after the day ends, you still have to stay awake because your kids just won’t sleep. And while not everyone wants to be a mother, the ones who always wanted this still get tired of it all sometimes. I am not saying that parenthood is a beautiful thing but it isn’t easy.

Honestly, kids can be quite fickle. One moment they will be having the time of the world and laughing. The next moment they will start crying and won’t stop until you get them some ice cream. So at the end of the day, no one can really understand a kid fully because they don’t understand themselves fully either. So it is no surprise that many artists like to create comics that are relatable to every parent out there. That is where the talented Heloise Weiner comes in.

Just scroll below to see some of her comics for yourself.

#1 I feel the same from time to time. 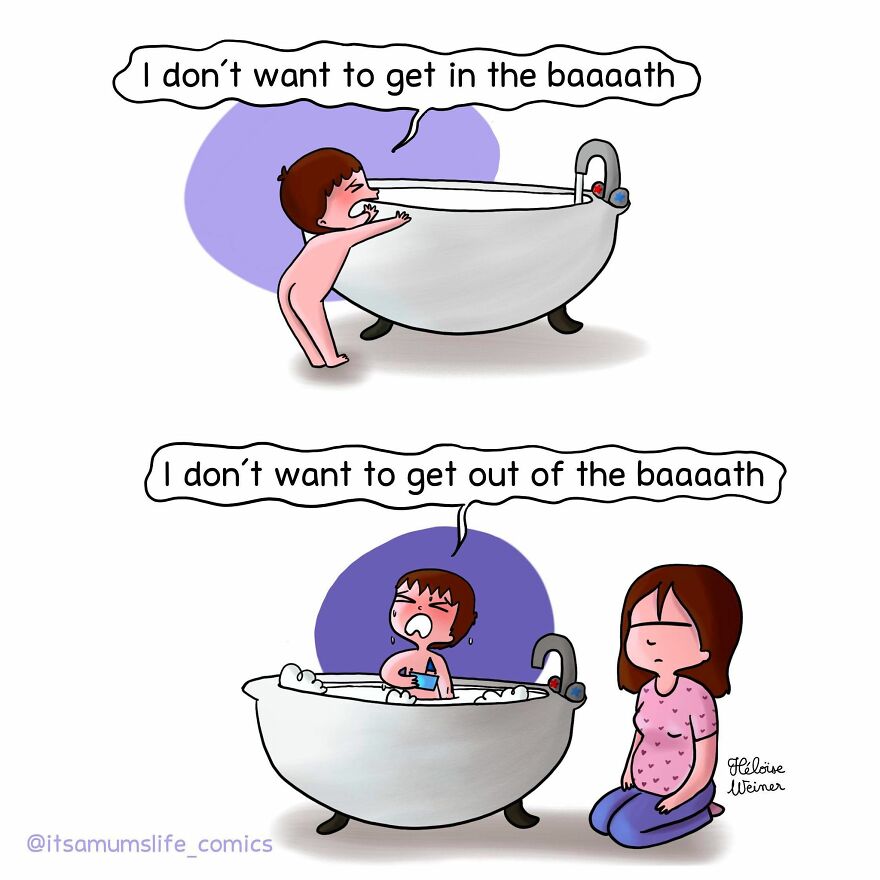 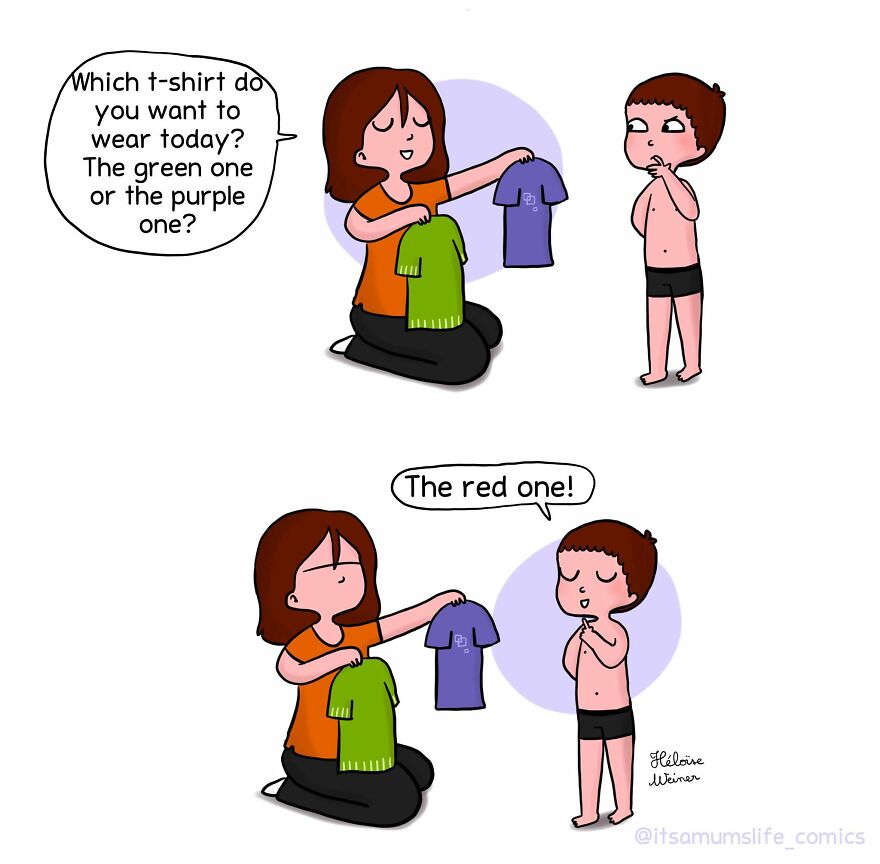 #3 They always say that parents aren’t being fair. You can never win with kids. 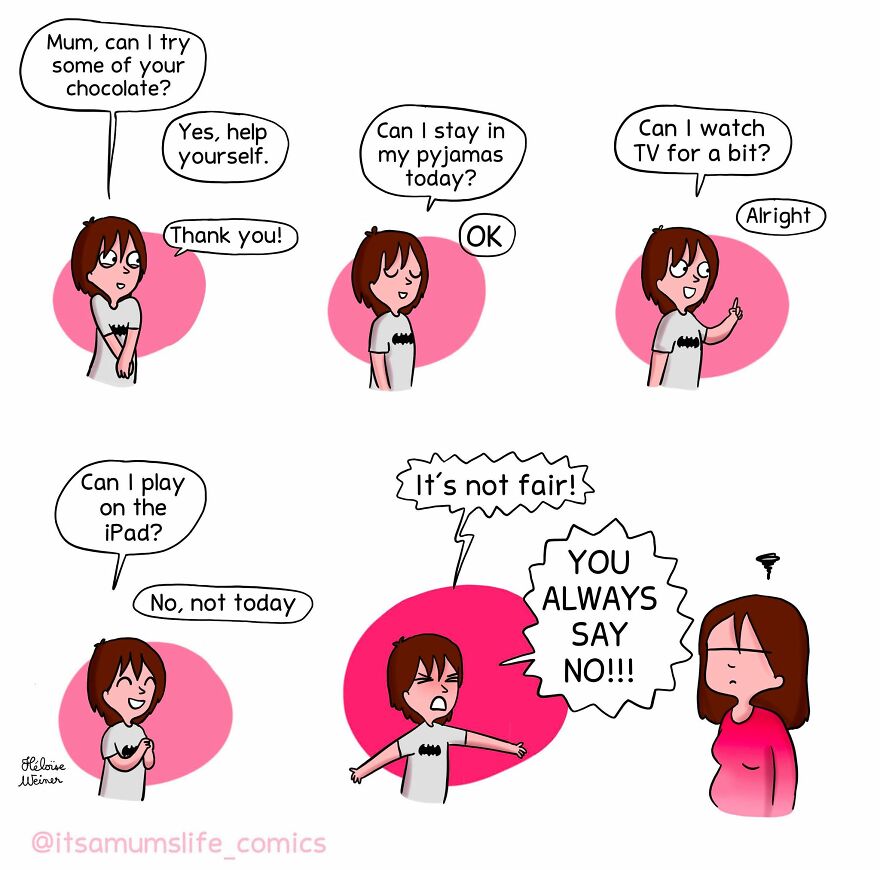 #4 That could be a thing on the runway. 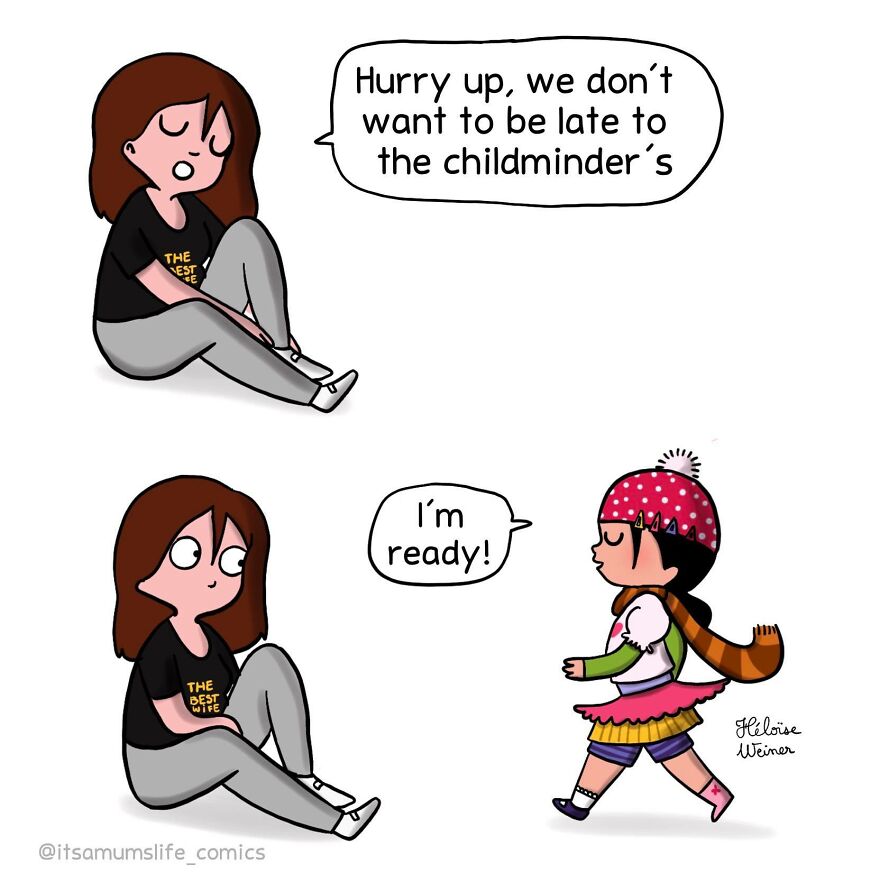 #5 Who hasn’t forgotten things when they were just about to say it aloud? 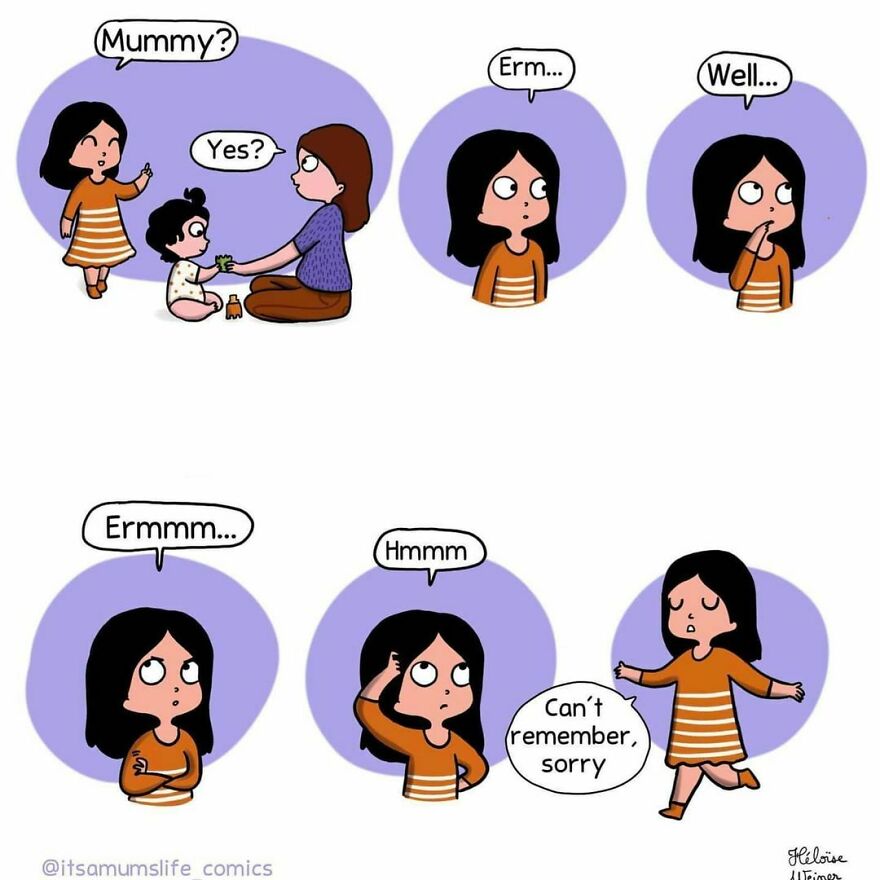 #6 And they say sleeping with your kids is one of the best feelings in the world. 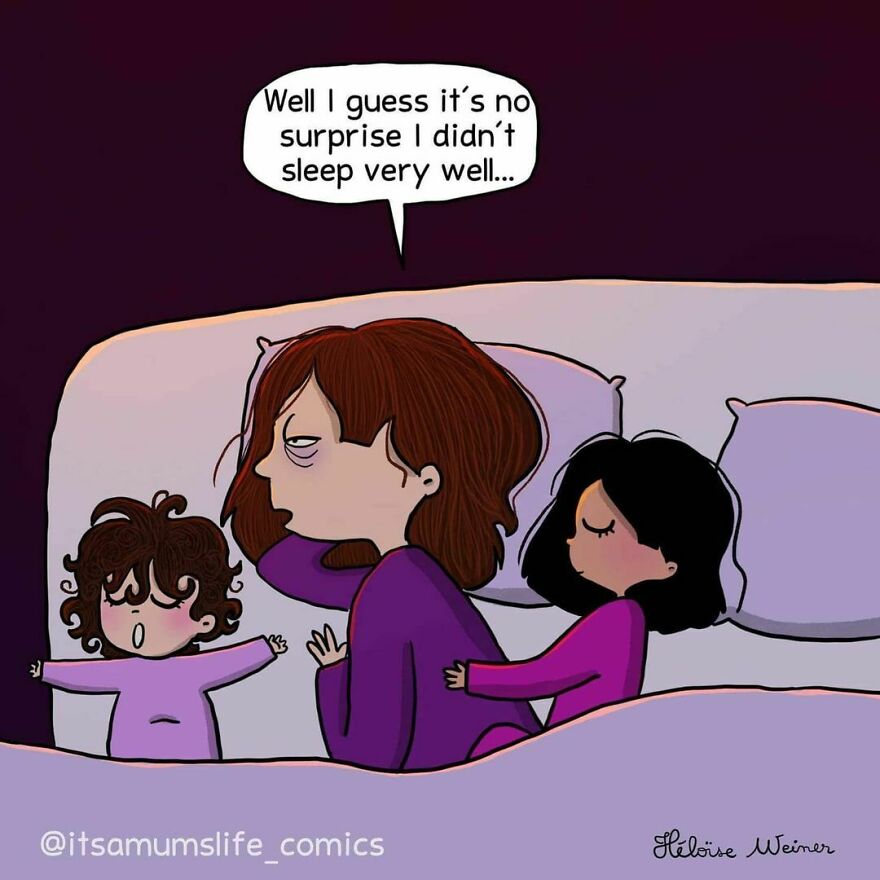 #7 Throwing a tantrum until you get what you want also works. 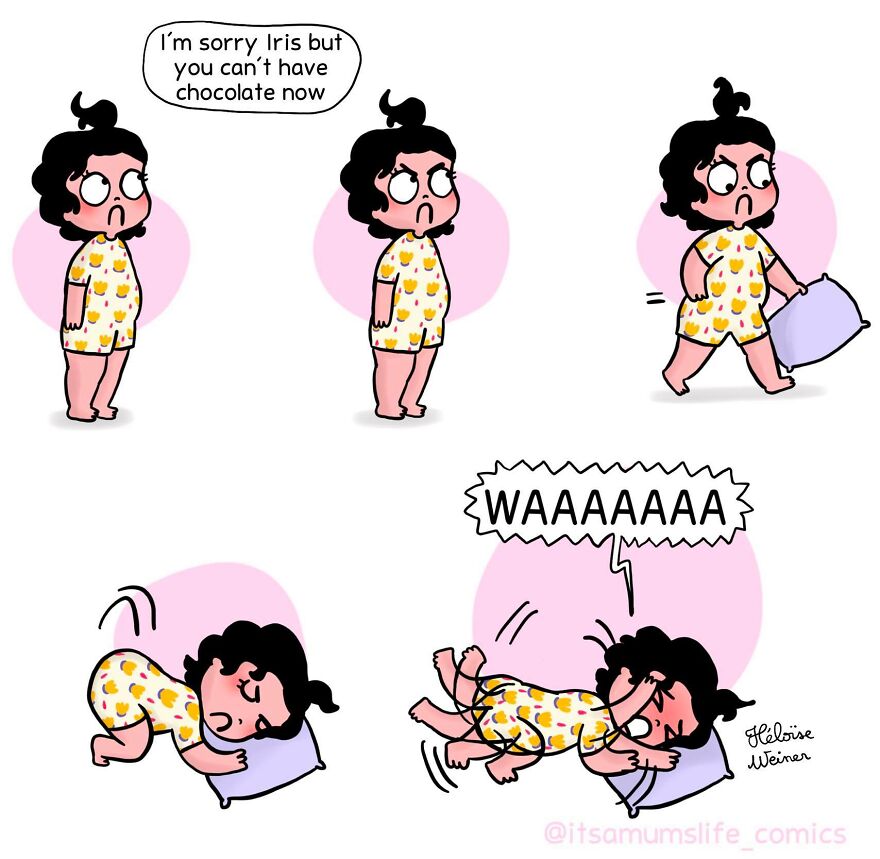 #8 They forget that they liked something the next day. 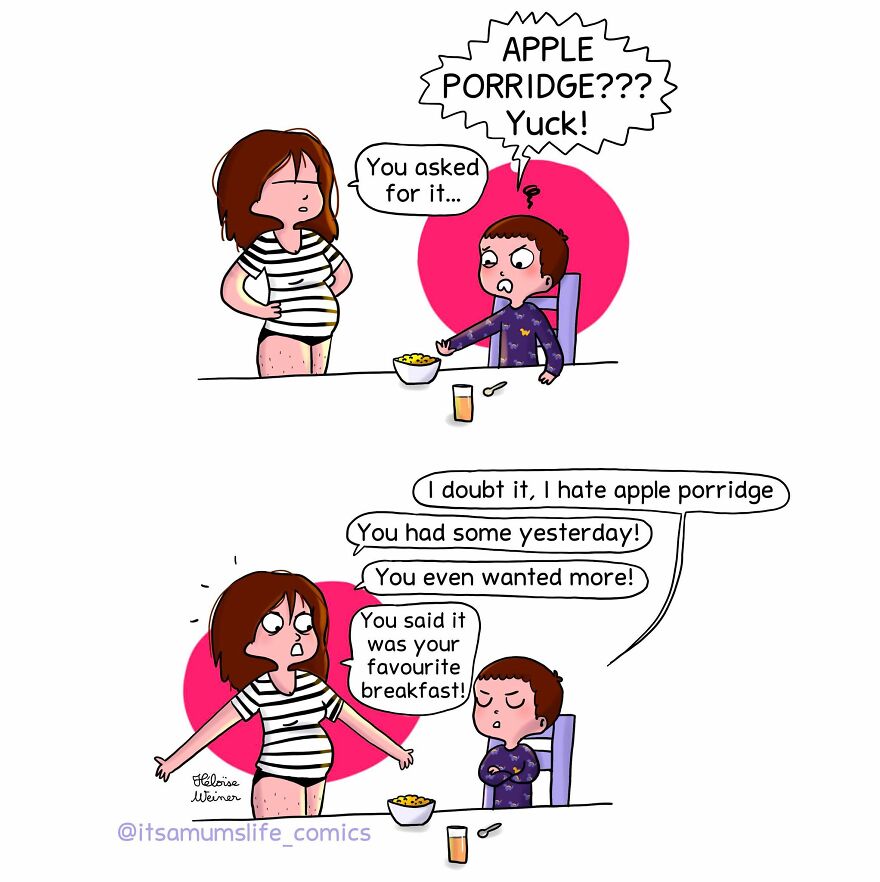 #9 The kid is not too happy with the last statement by the look on her face. 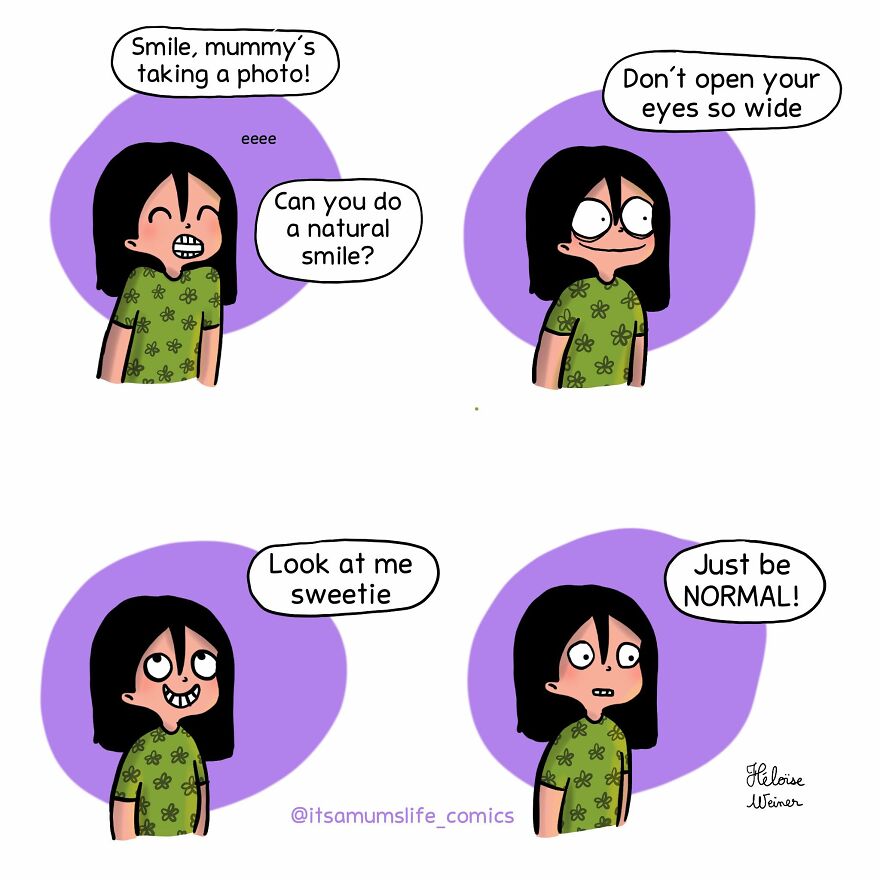 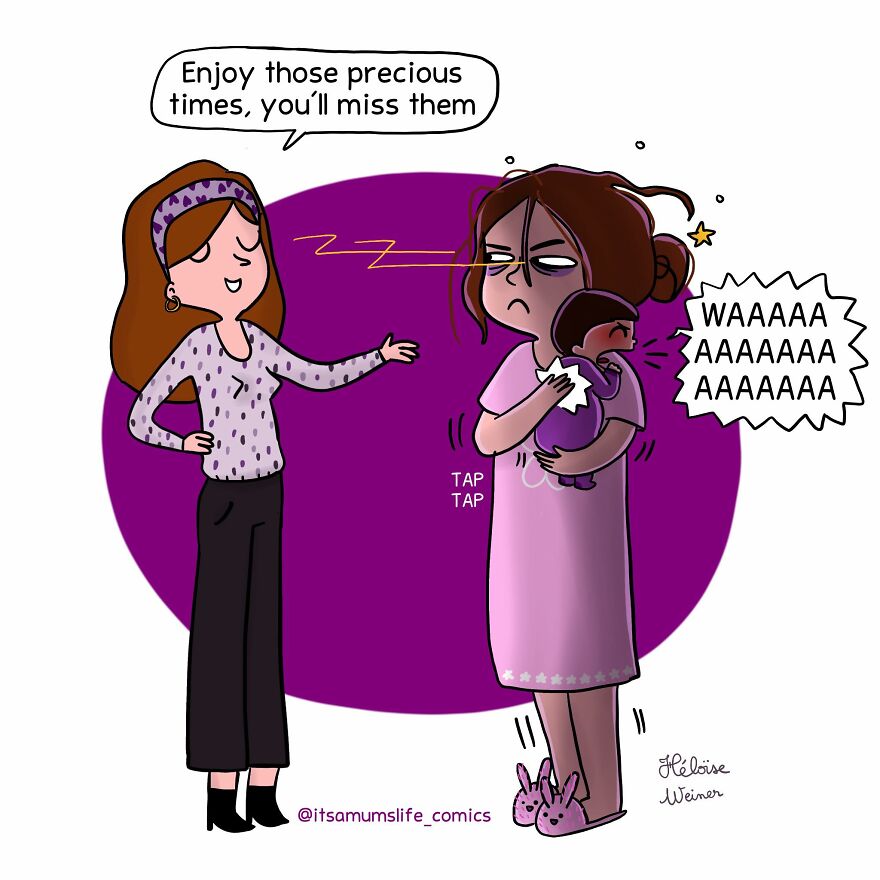 Heloise is actually a french mother and she has six kids right now. As you can probably imagine, it can be pure chaos at her home at times. And that is why she decided to make these comics because many people can relate to that chaos. And she has already amassed 200 followers on Instagram but we can all see that she deserves way more. So if you want even more comics, head over there and enjoy.

#11 Everyone’s pregnancy is different and it is beautiful either way. 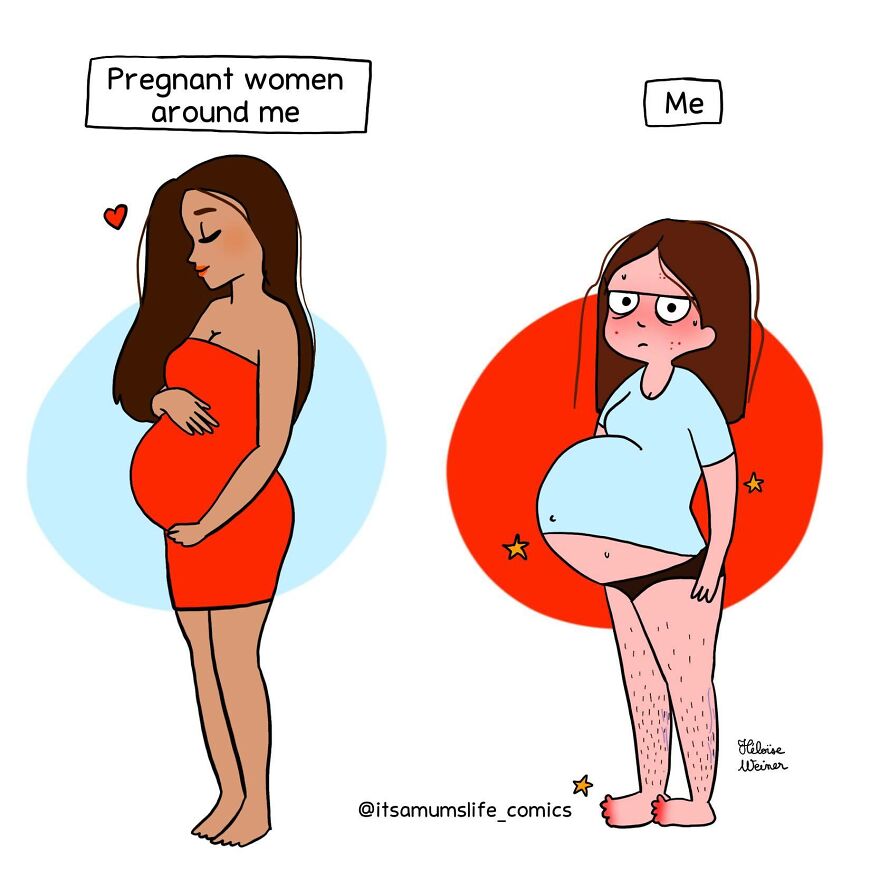 #12 Some moments make you appreciate your parents much more. 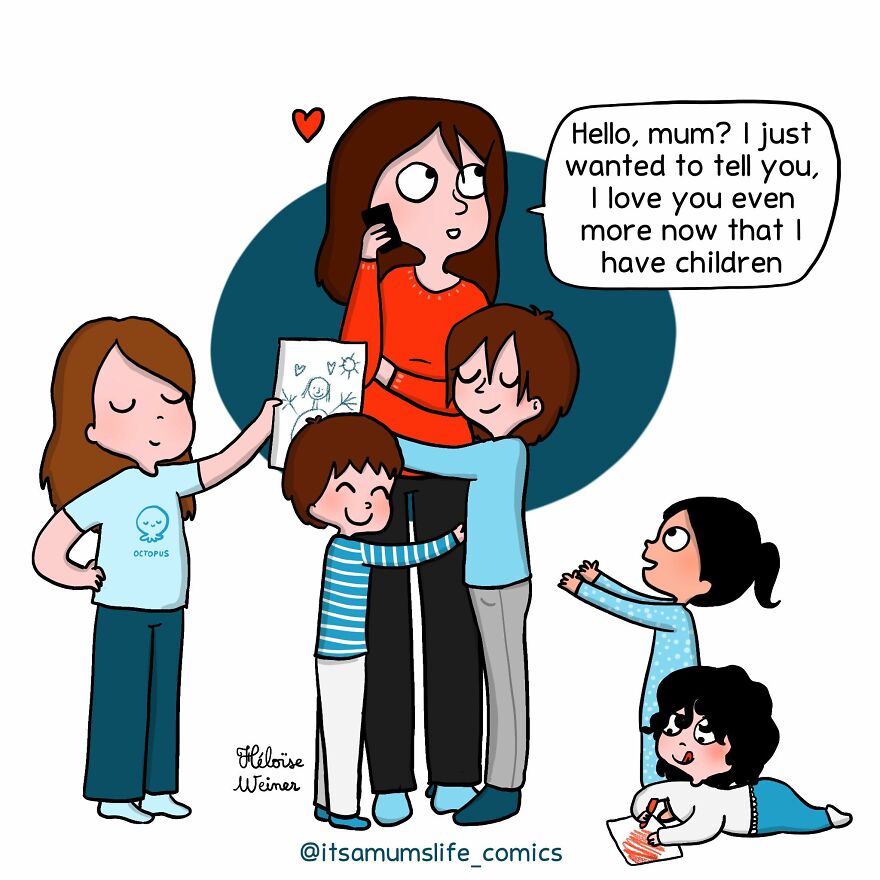 #13 If only Insomnia worked like that. It would be so easy. 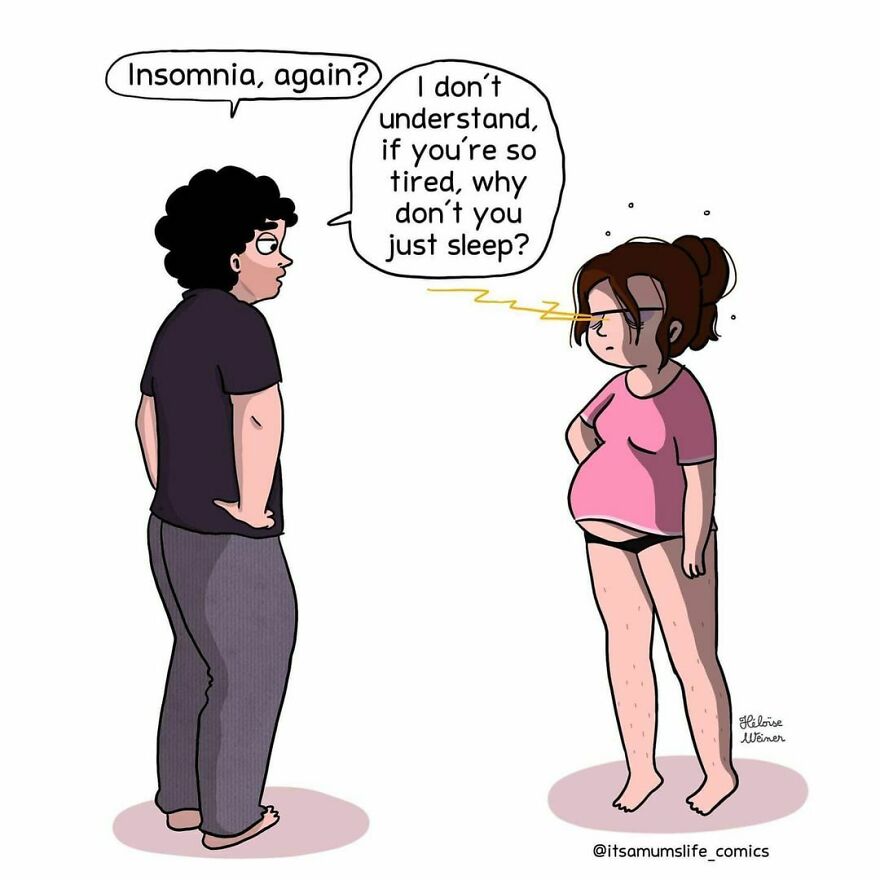 #14 I would be scared to go to the bedroom after that. 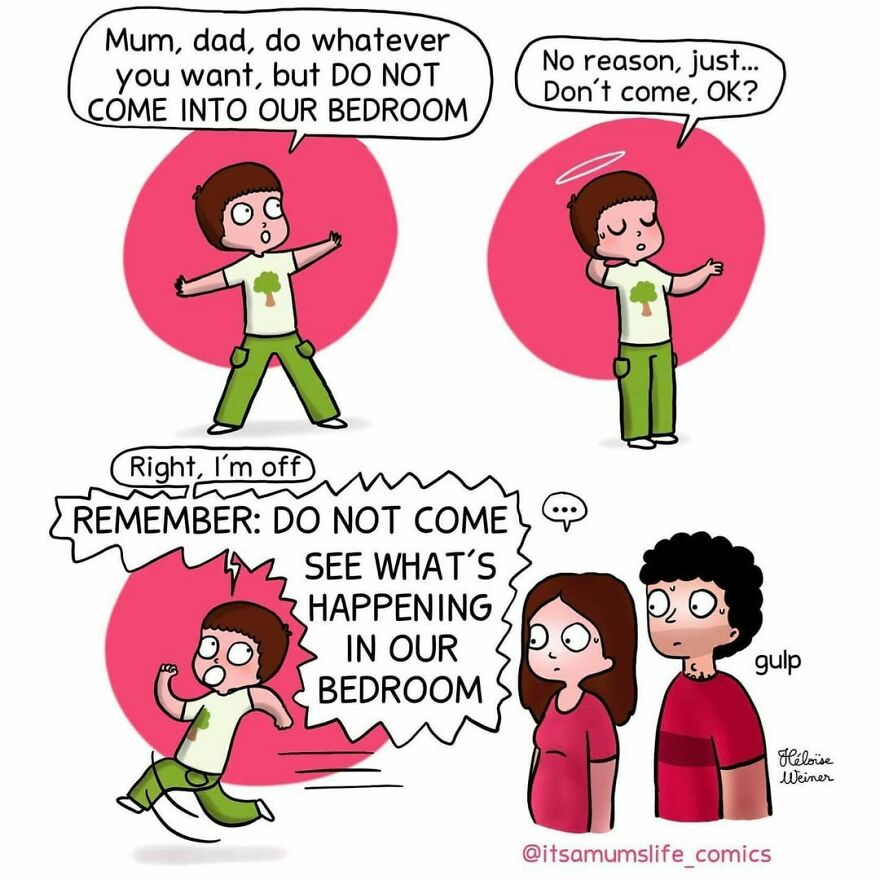 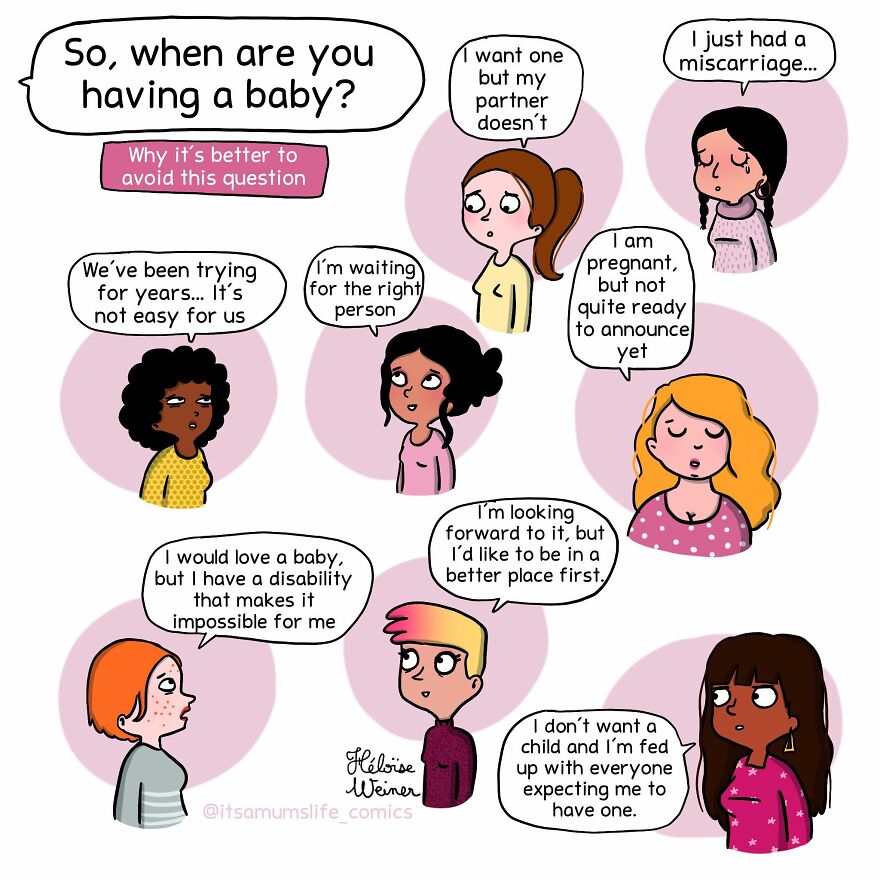 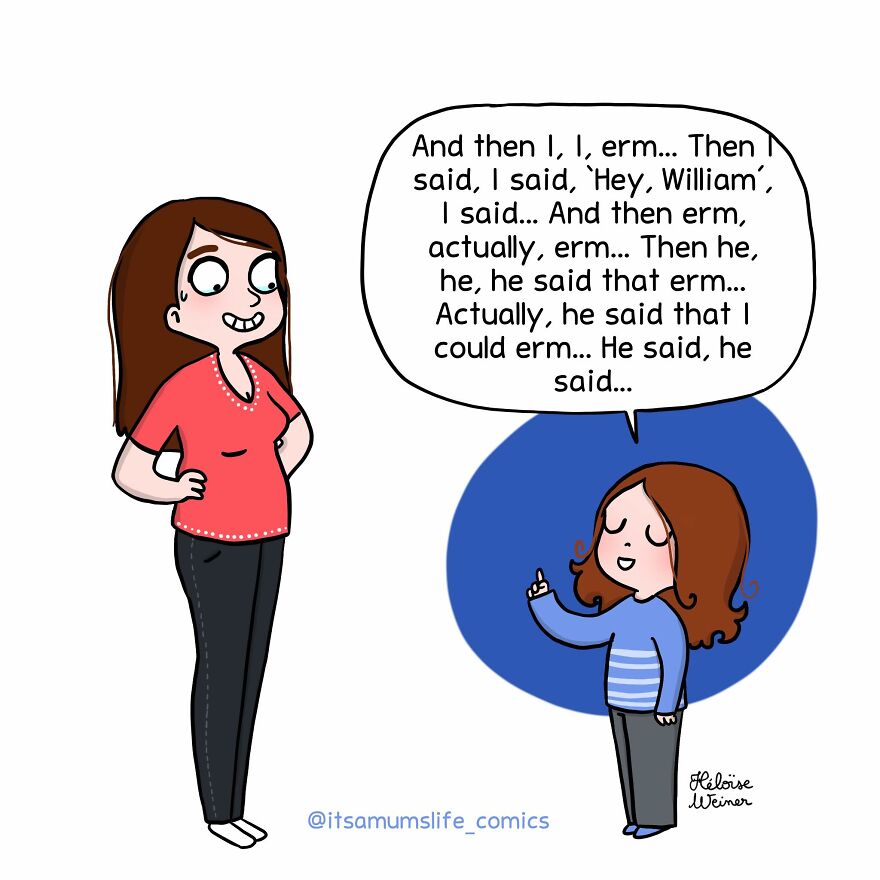 #17 It doesn’t look like she had a lot of fun by the looks of things. 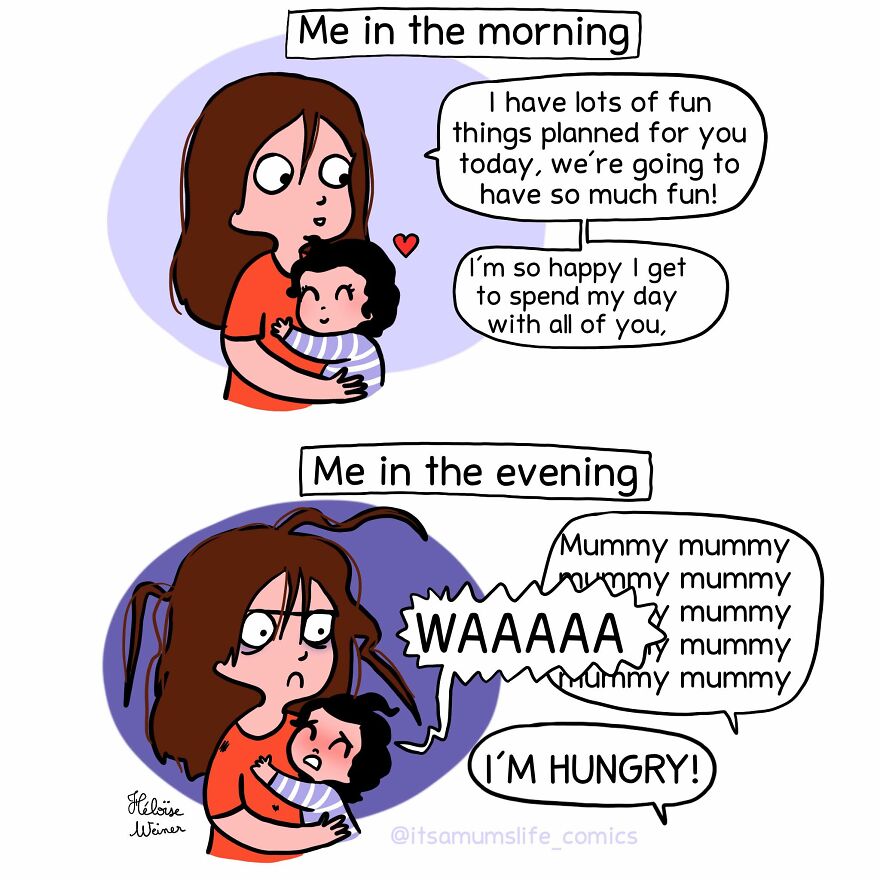 #18 Kids will hear what they want to hear. 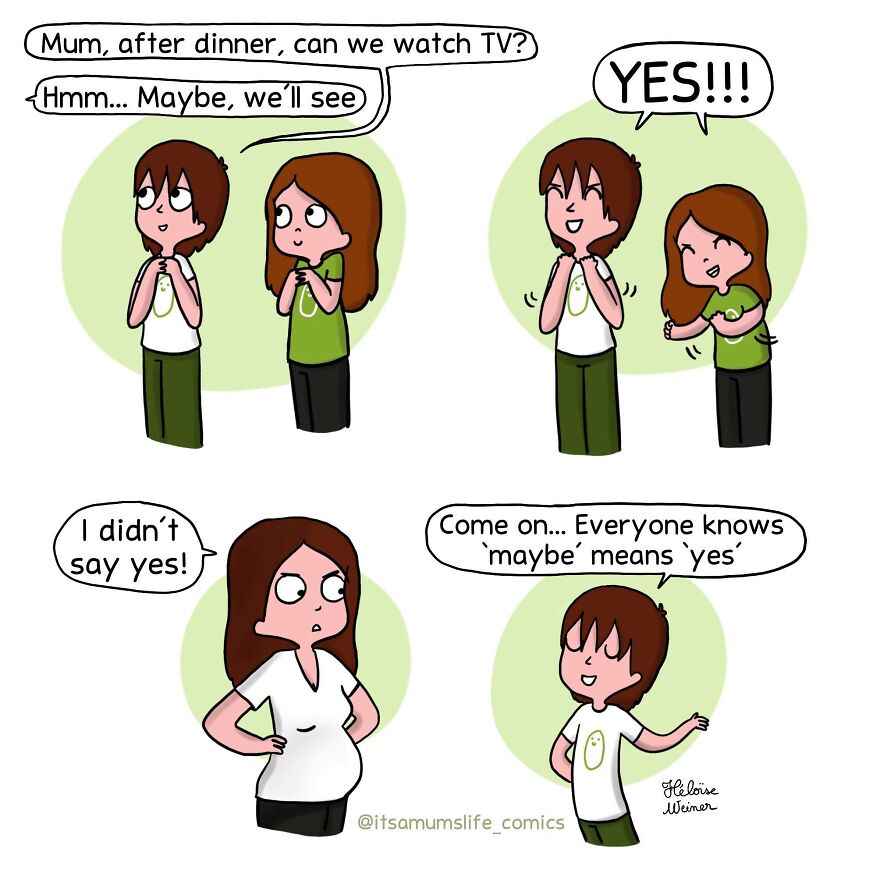 #19 The gender doesn’t matter at the end of the day. 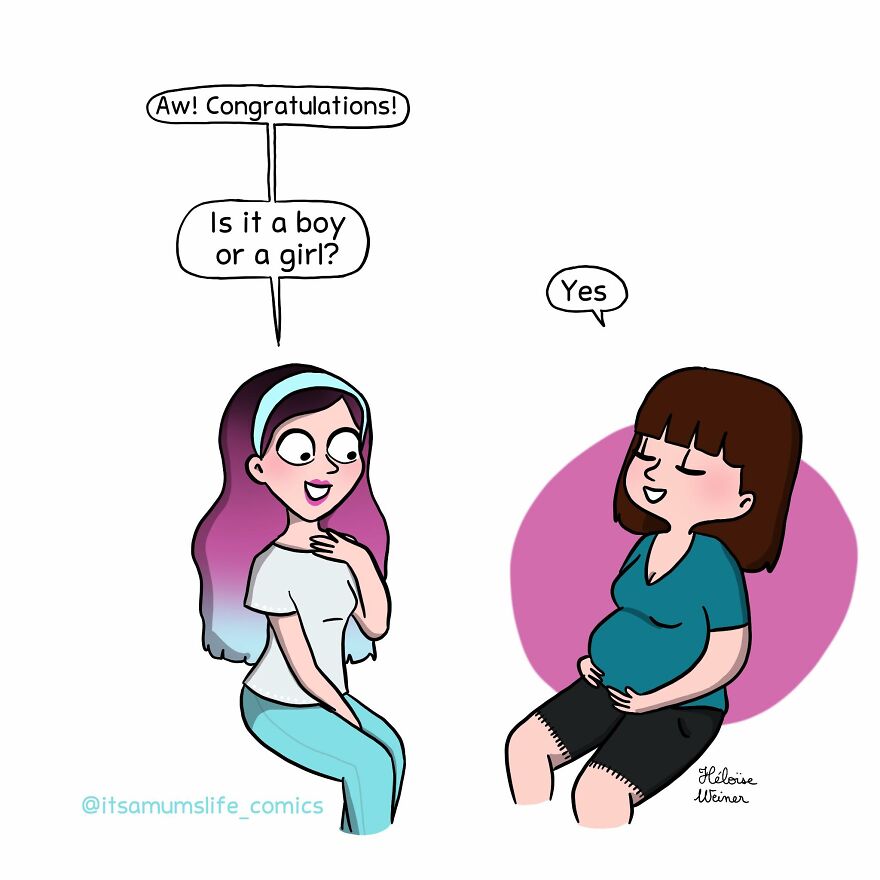 #20 Kids will change their minds on a whim and then you will have to adapt. 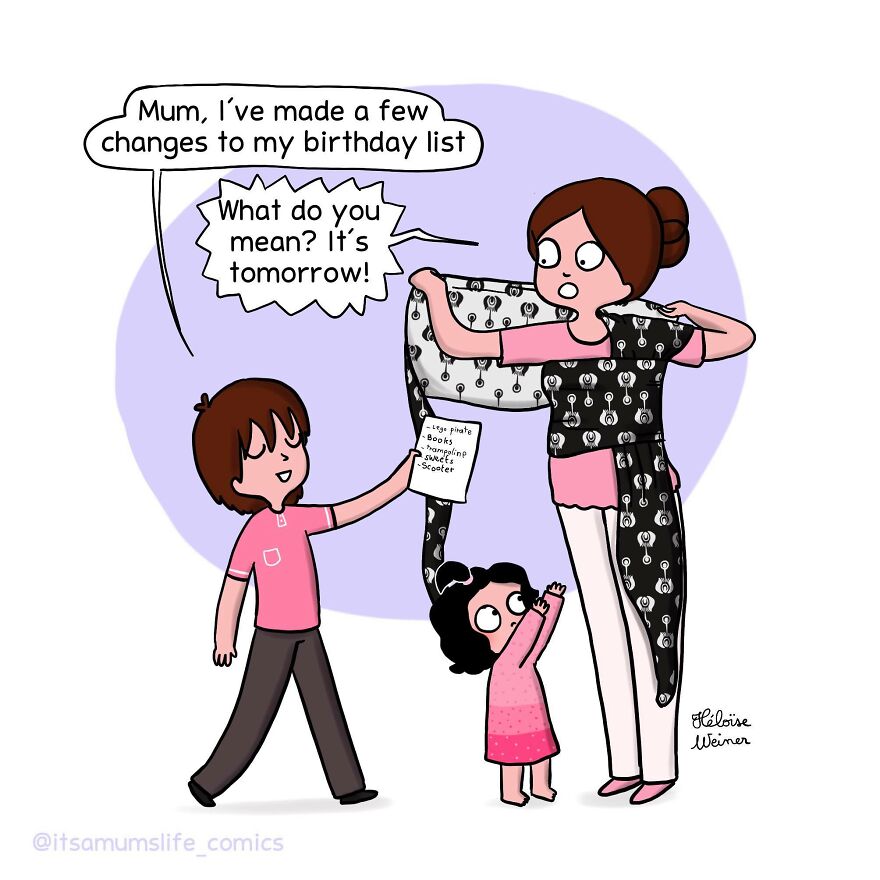 What did you think of these comics? Did you find them relatable? Comment down below and let us know.