These comics are pretty RAD!

Comicbooks are a medium that has existed long before we can even imagine. Their focus on visually keeping up the narrative with both images and words has been unchallenged throughout history. If you are someone who likes to read, having a visual sense of story progression is always absolutely awesome to see. Comicbooks have always stayed cartoony though, well most of them at least but they have also progressed from being just superhero-inspired tales to gritty, dark realities where the concept of dark illusions, psychological thrills, blood and gore etc have been looked into as well. And then, with the sudden boom of the internet. Many artists have come forward with their own personal takes of comic books. These comics can range from looking like normal cartoons to really bleak adventures, at the end of which your mind would turn into mush.

Ehud Lavski and Yael Nathan are a writer and illustrator pair (respectively) and they’ve constructed three really dark, twisty comics for the internet. Here have a look:

This one starts off innocently enough. 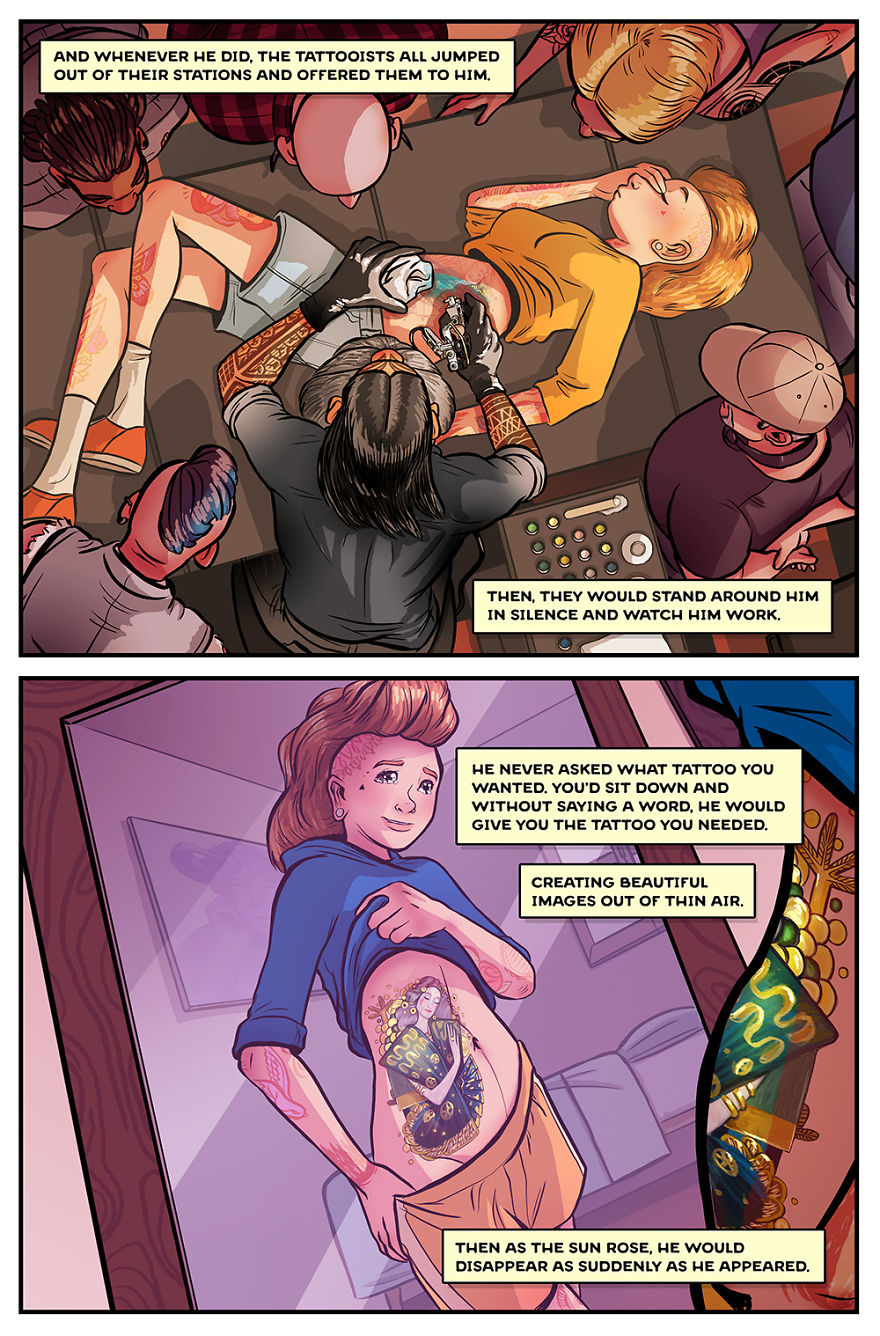 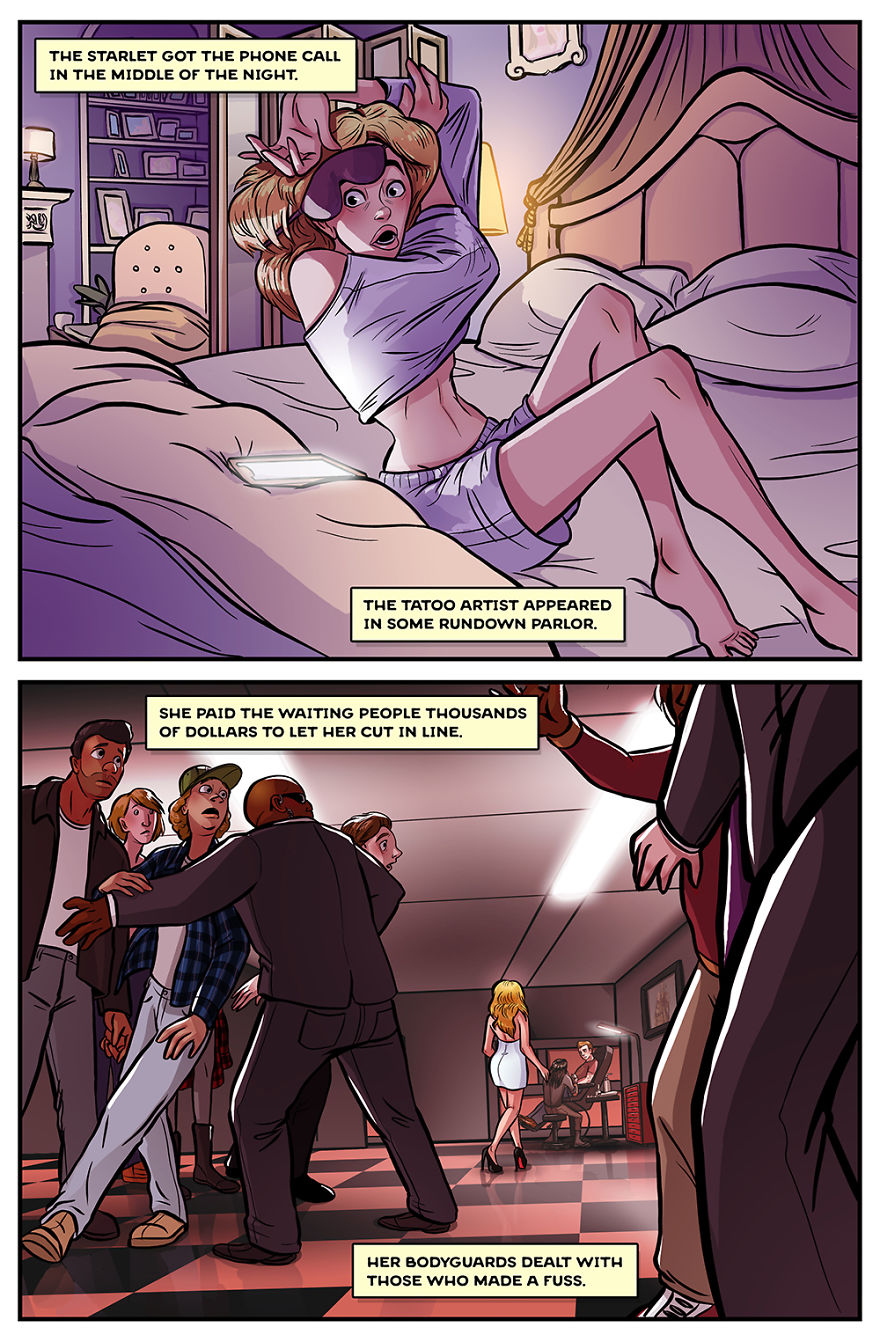 This person gets a tattoo. 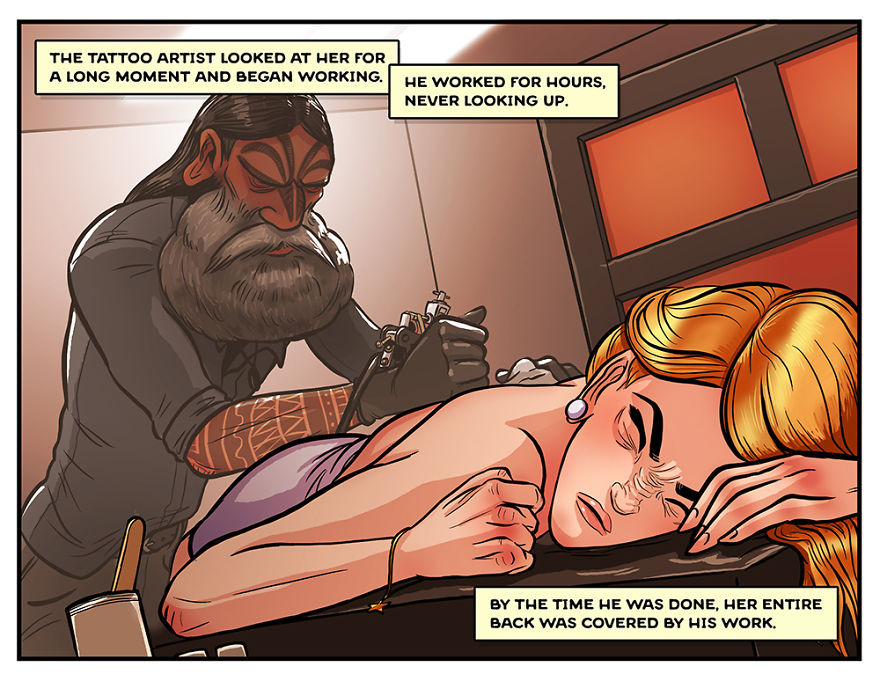 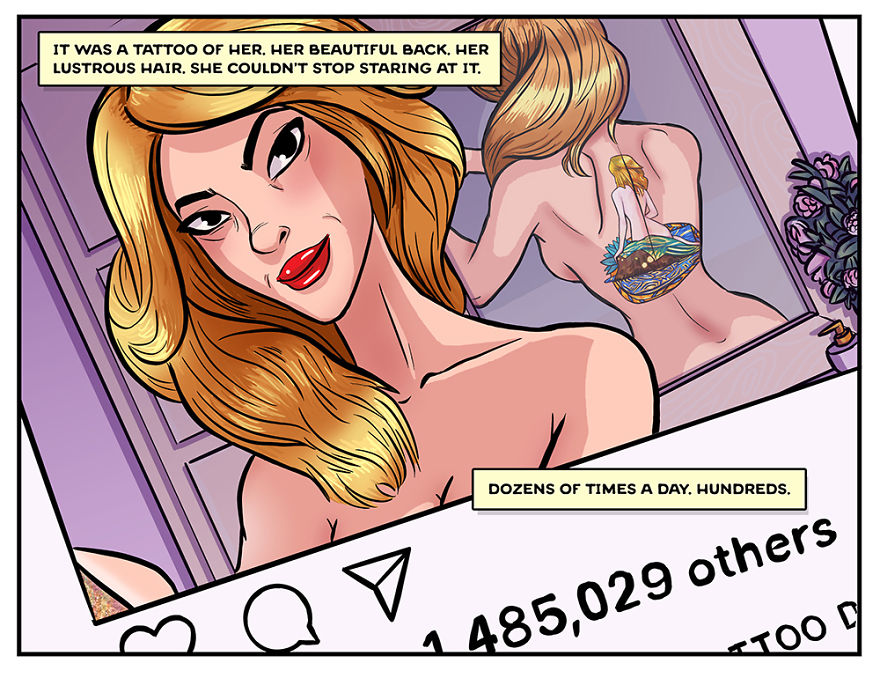 Then it gets a bit weird where the tattoo kind of appears to be sentient or having a life of its own. 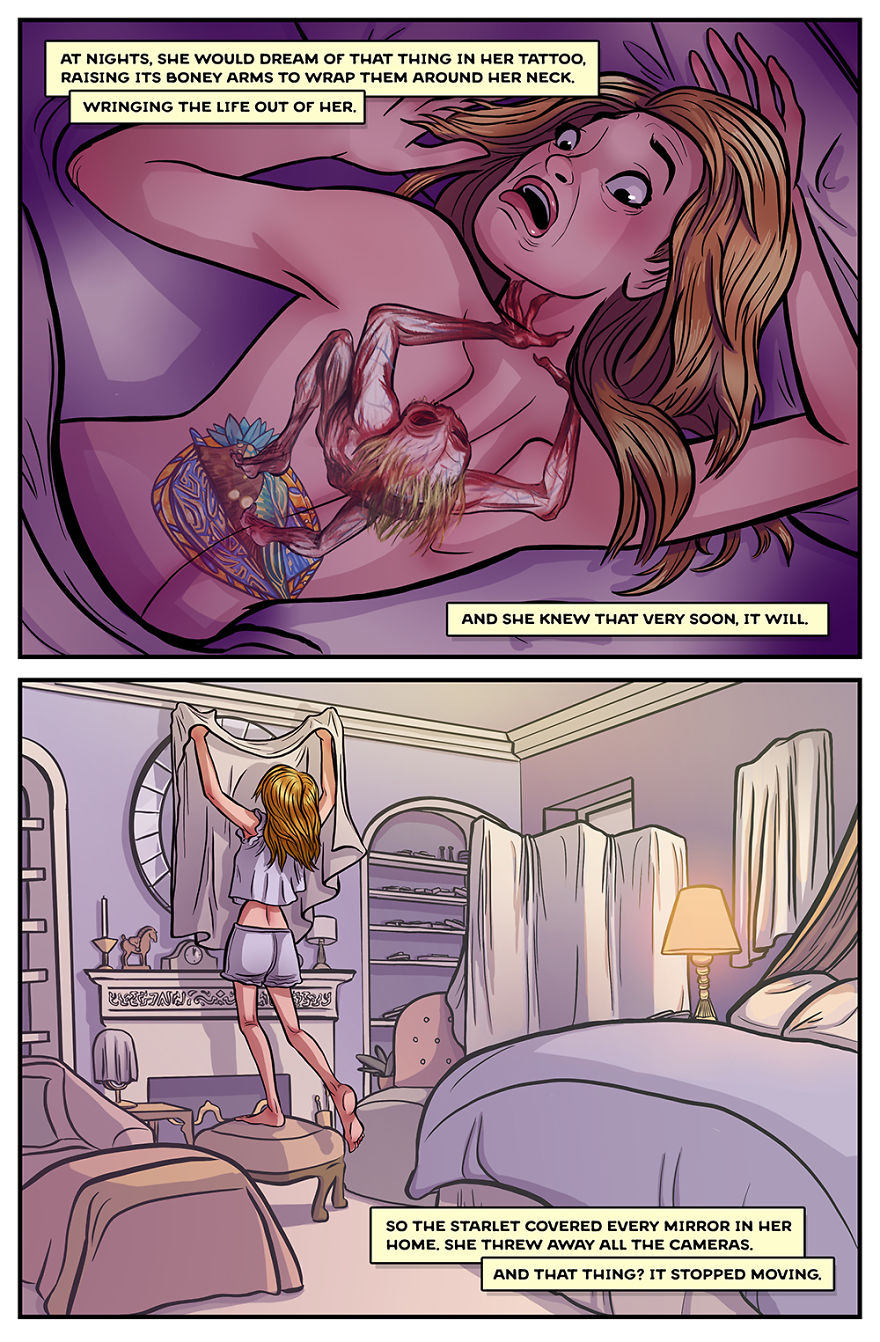 And it ends on a scary psychological note. 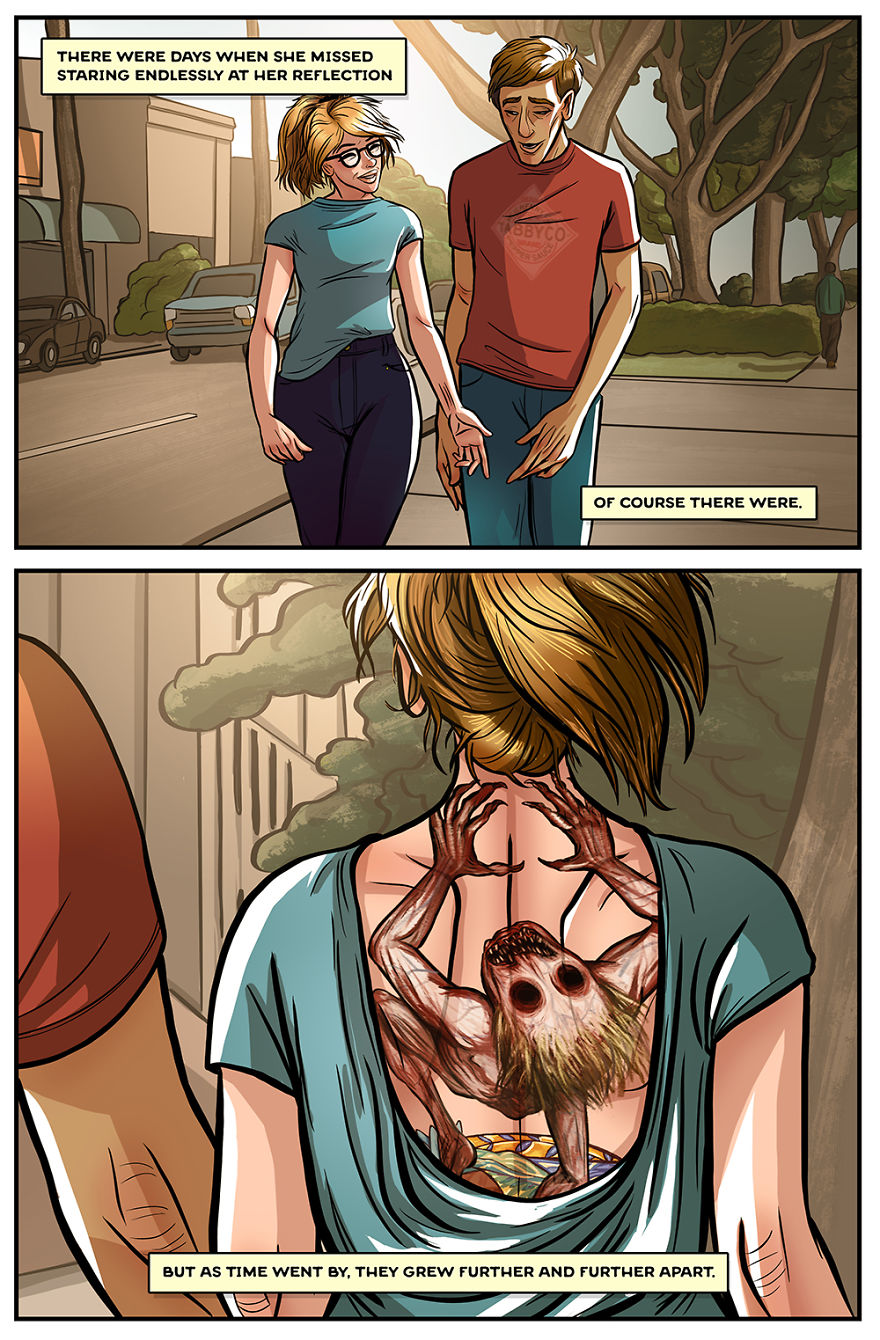 “When writing, it all starts with a bunch of messy, handwritten notes. Then I turn them into a script in FINAL DRAFT, a screenwriting program,” said Ehud. “I then sketch the frames on an iPad, to see how the story flows. Once we’re happy with the form of the story, I pencil, ink, colour, and letter the comics in Adobe Photoshop,” said Yael.

This one greets us with a jazz bar setting. 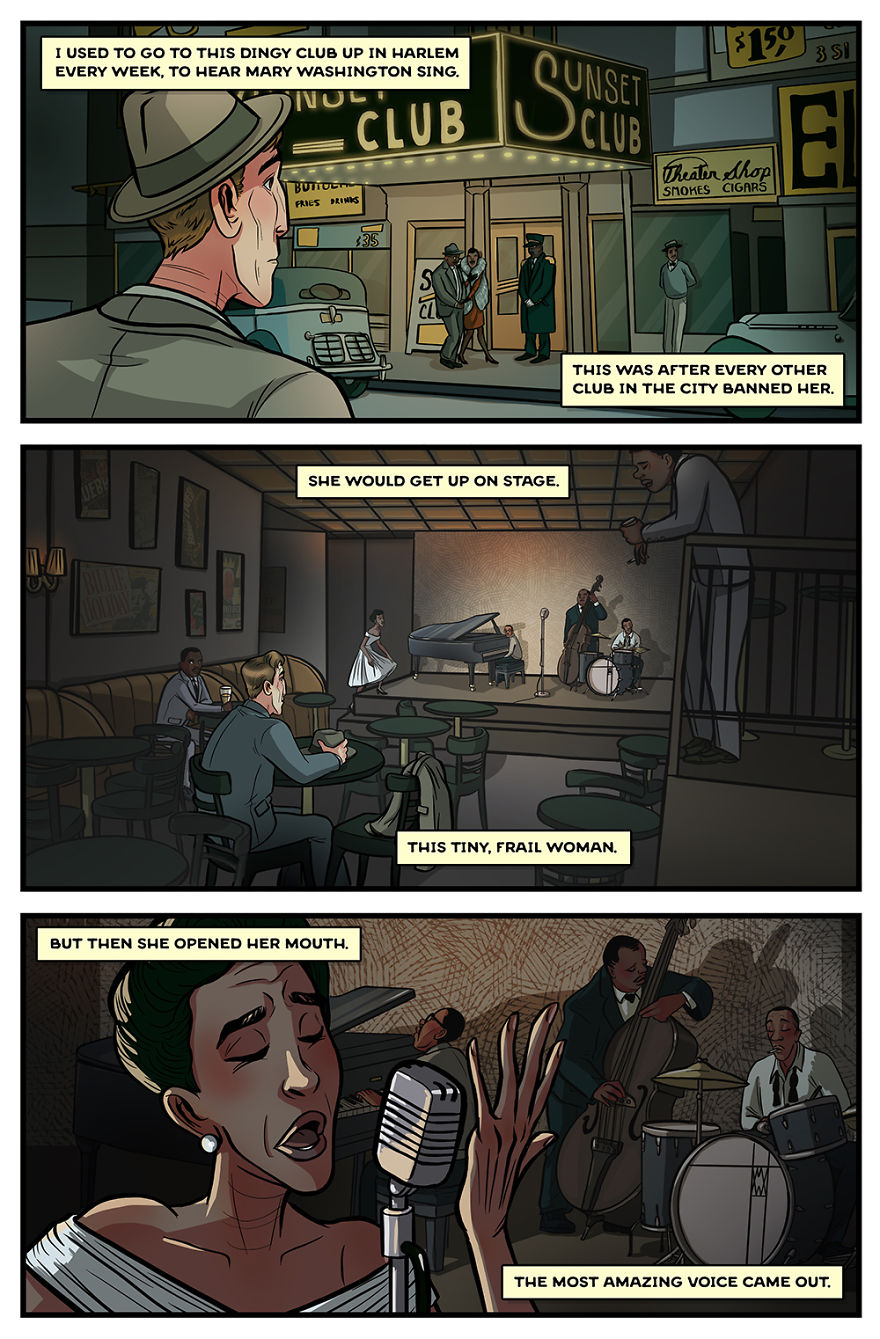 Looks like the band had the power to conjure storms by their band performance. 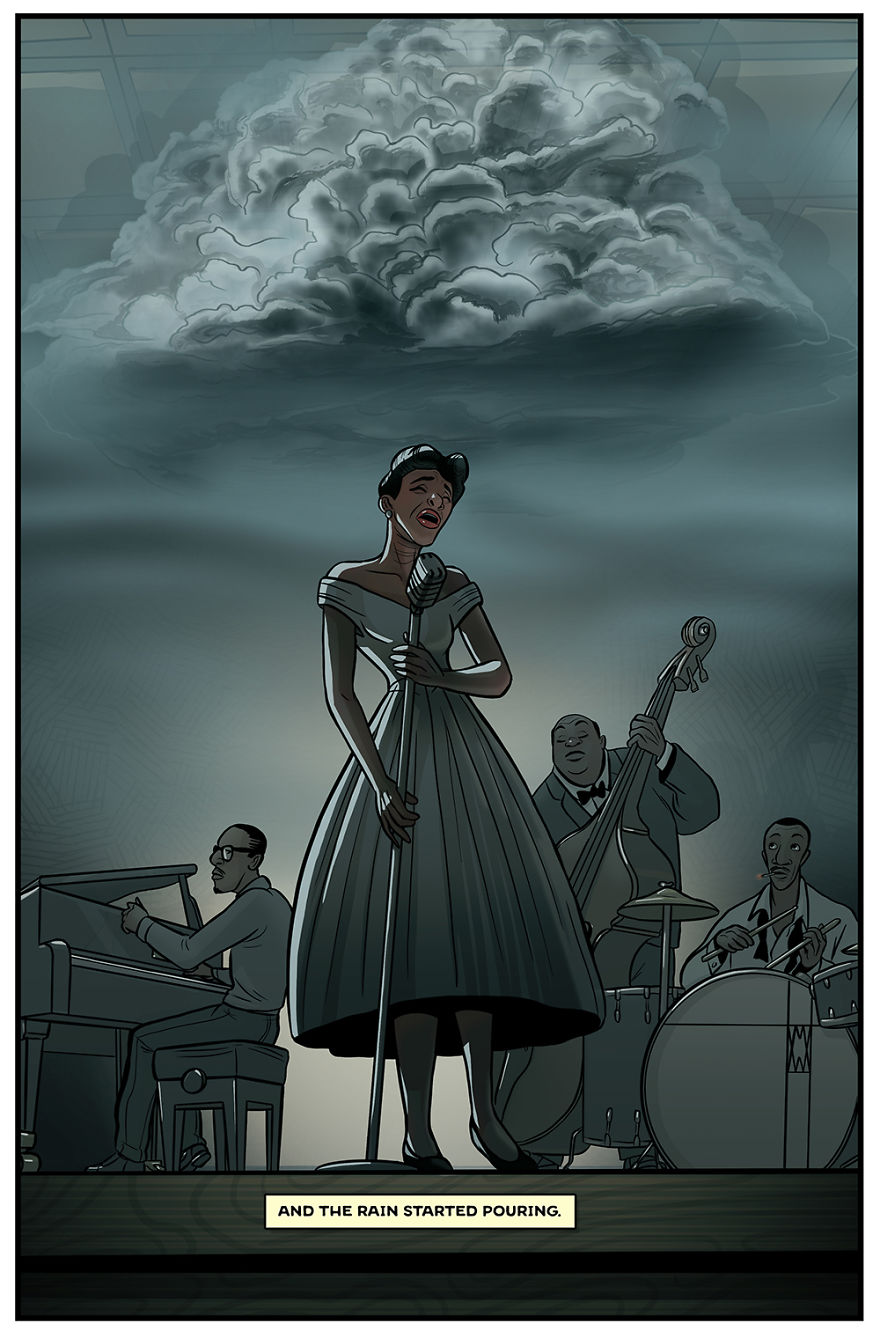 Nothing else could move the protagonist except for the lady’s voice. 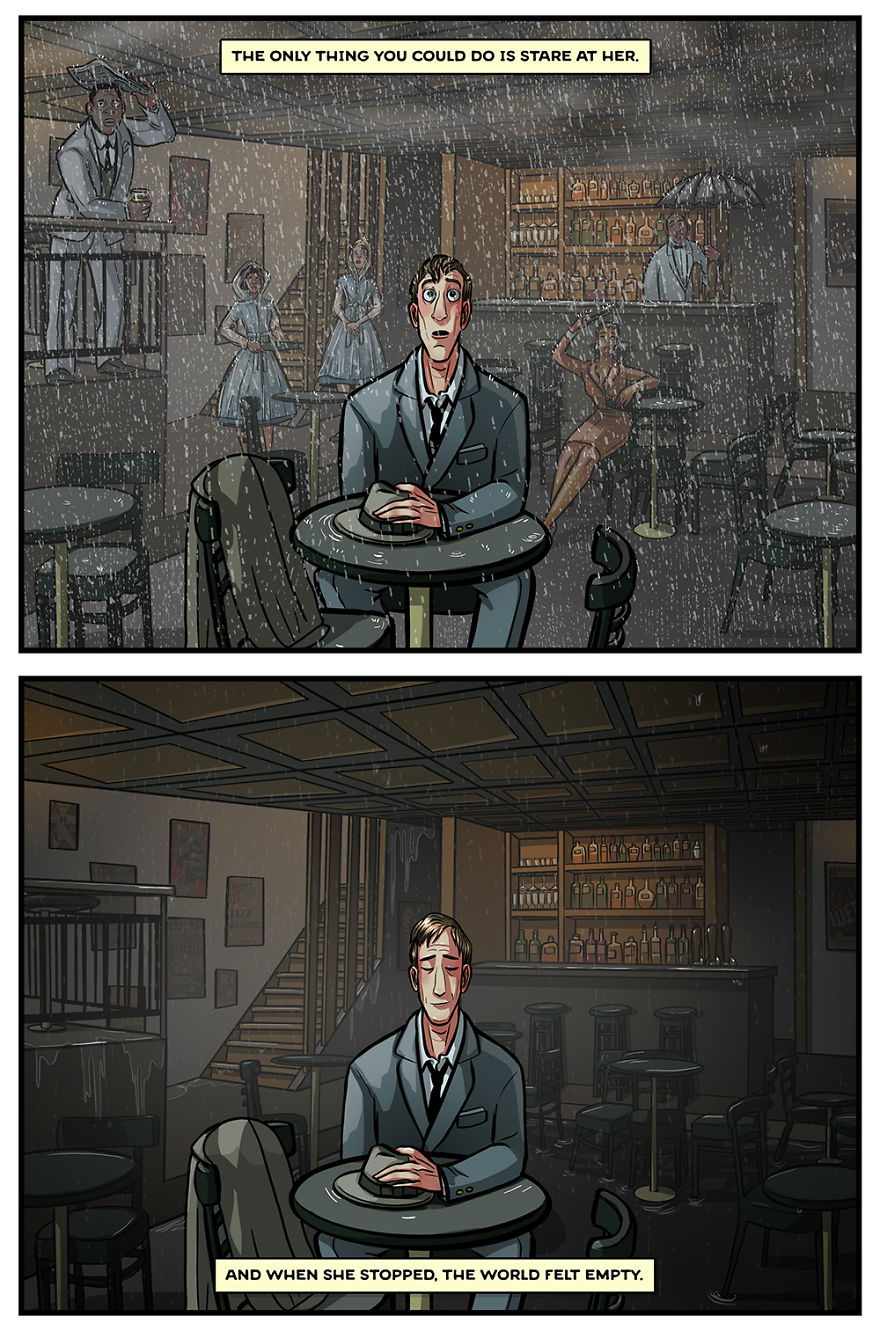 She went through something horrible. 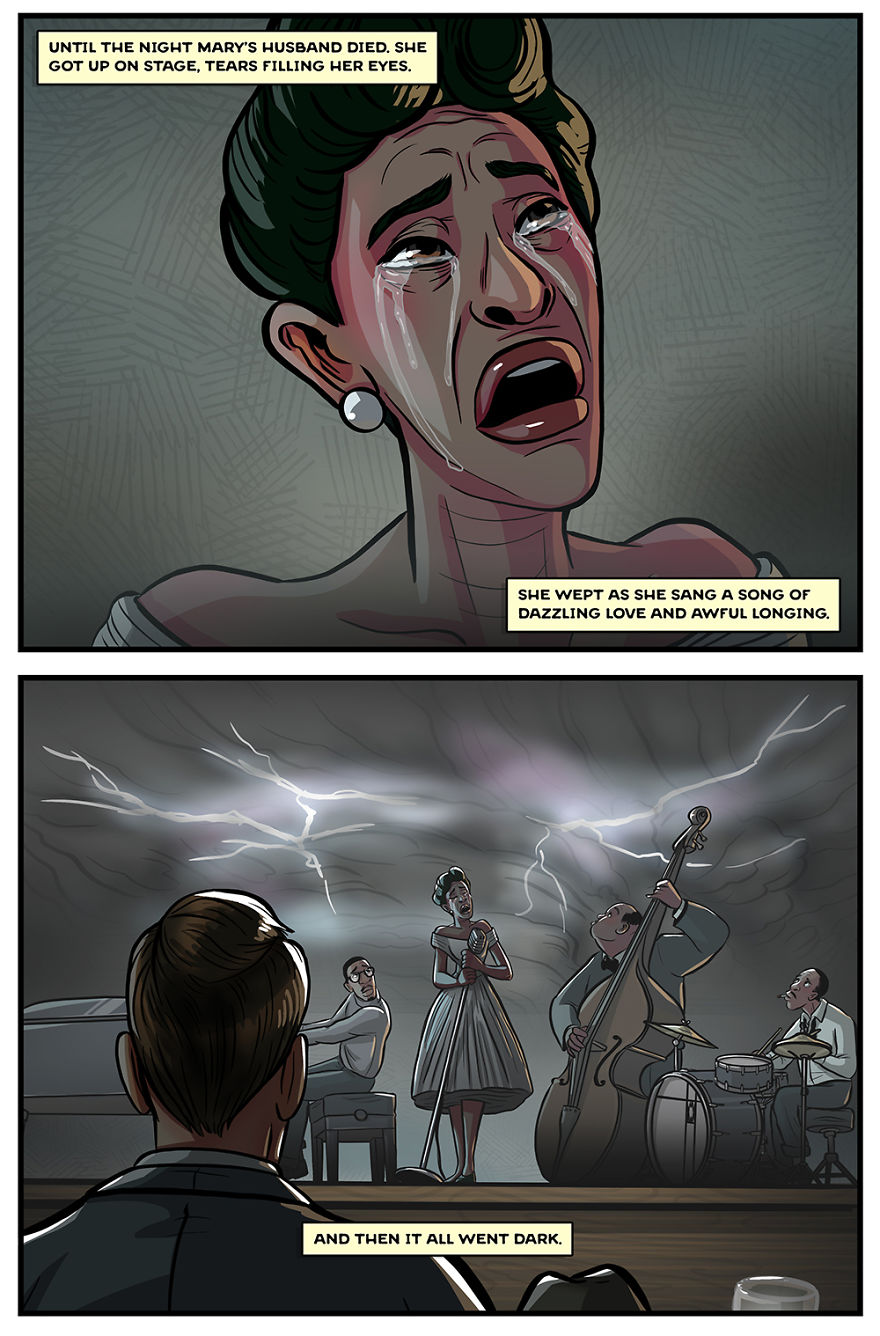 And her powers made her summon an intense storm. 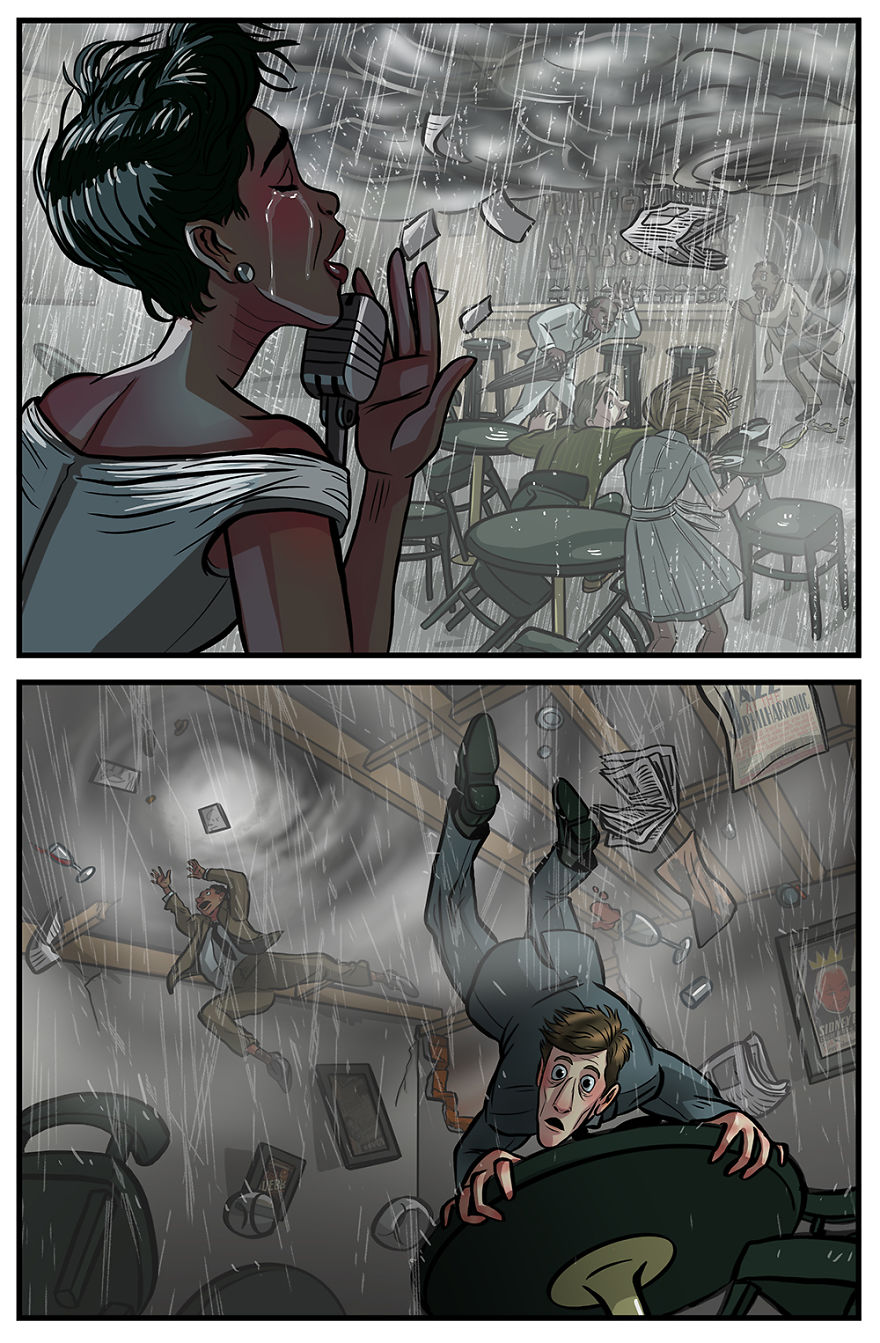 As the world died around the protagonist, the woman’s voice was more beautiful than ever. 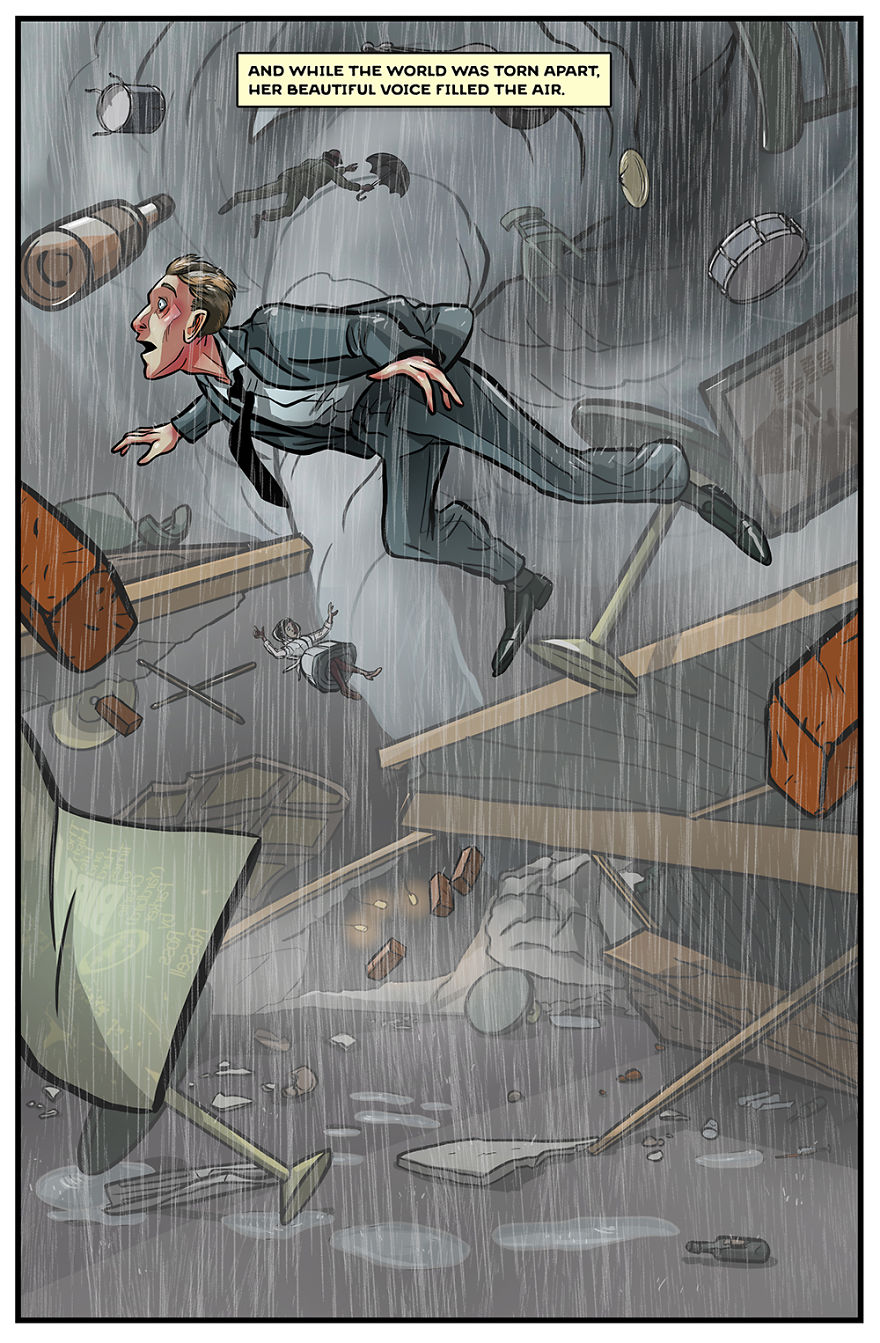 Until everything came to an end. 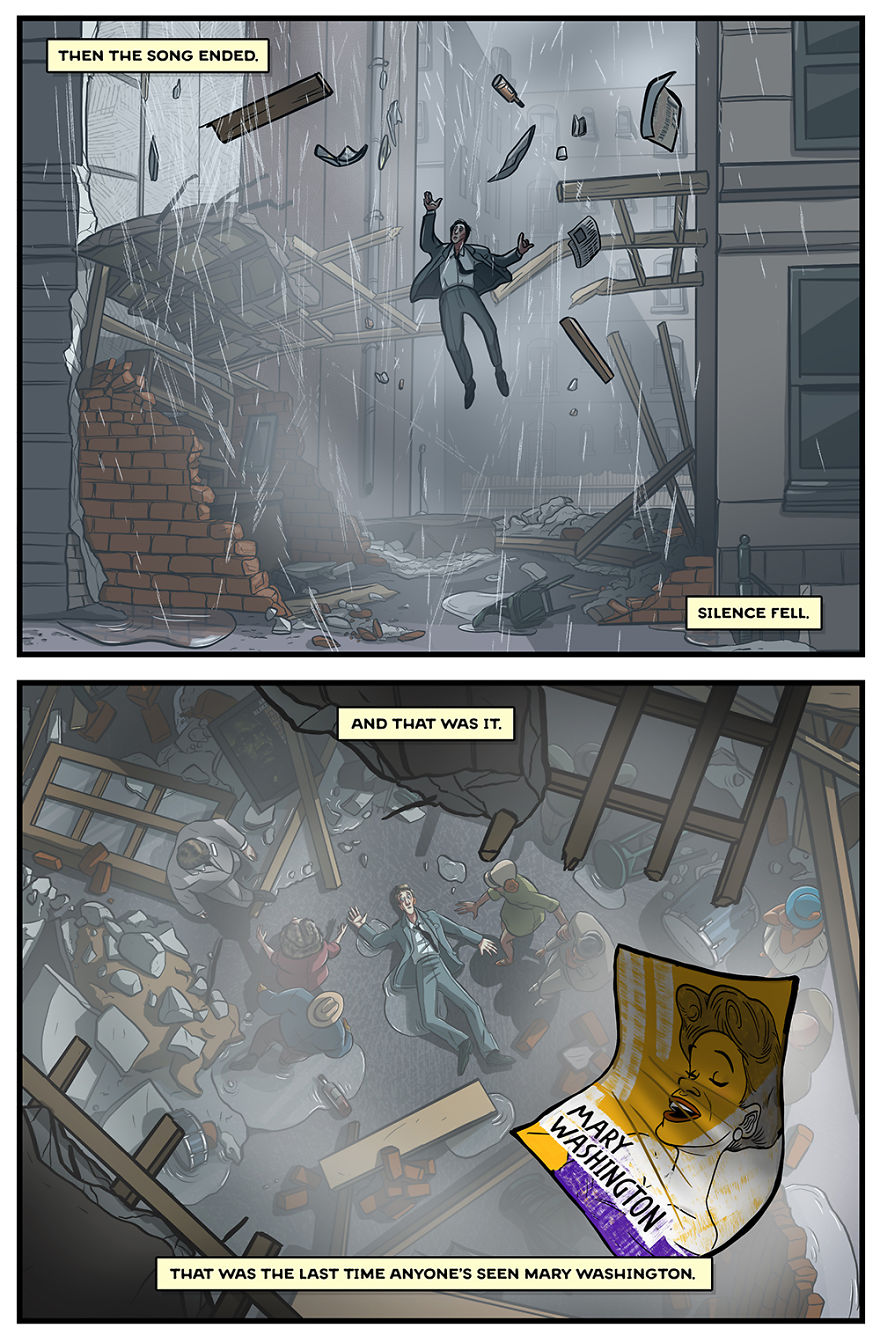 “There are many people that inspire me. But if I have to chart the DNA of our comics, the biggest inspirations are Neil Gaiman, Guillermo Del Toro, and Junji Ito. Creators who are able to find beautiful, fantastic and horrific things in every corner of everyday life,” says Ehud.

These senior residents had a time machine in their guest room. 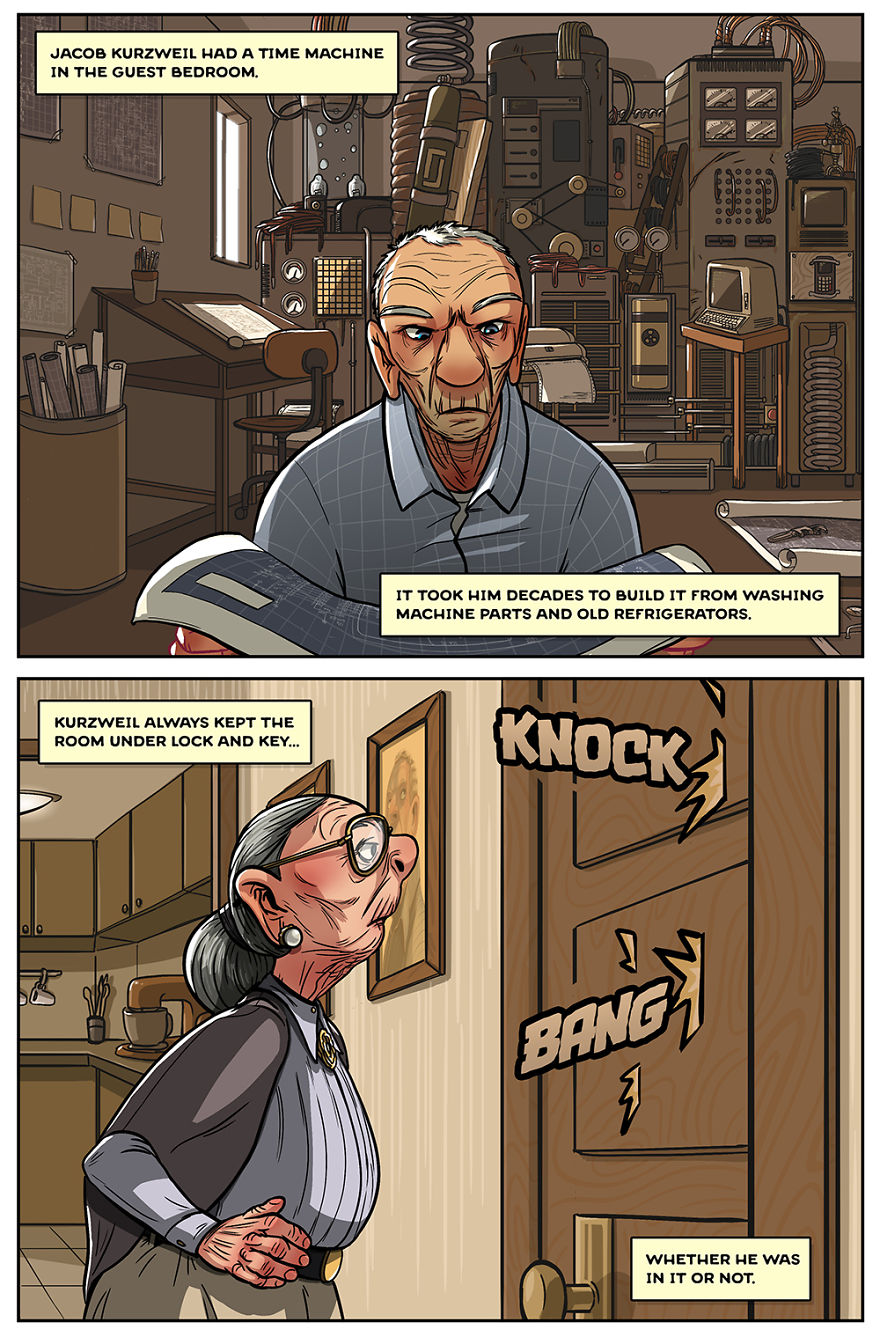 The old woman got mad at the old man for staying in the guest room and she moved out, when she had enough. 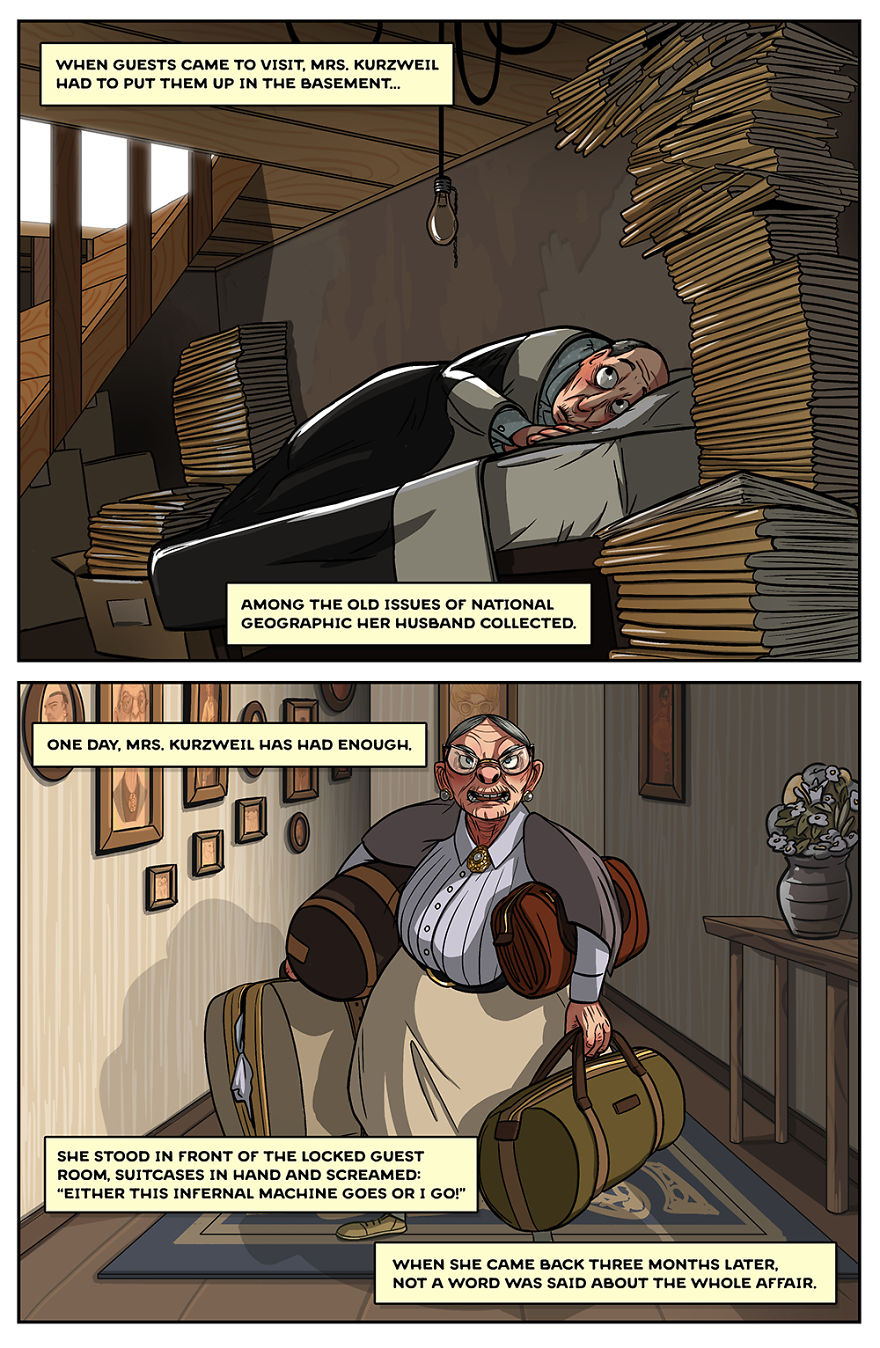 He tried his best to prove how time travel was possible but no one believed him. 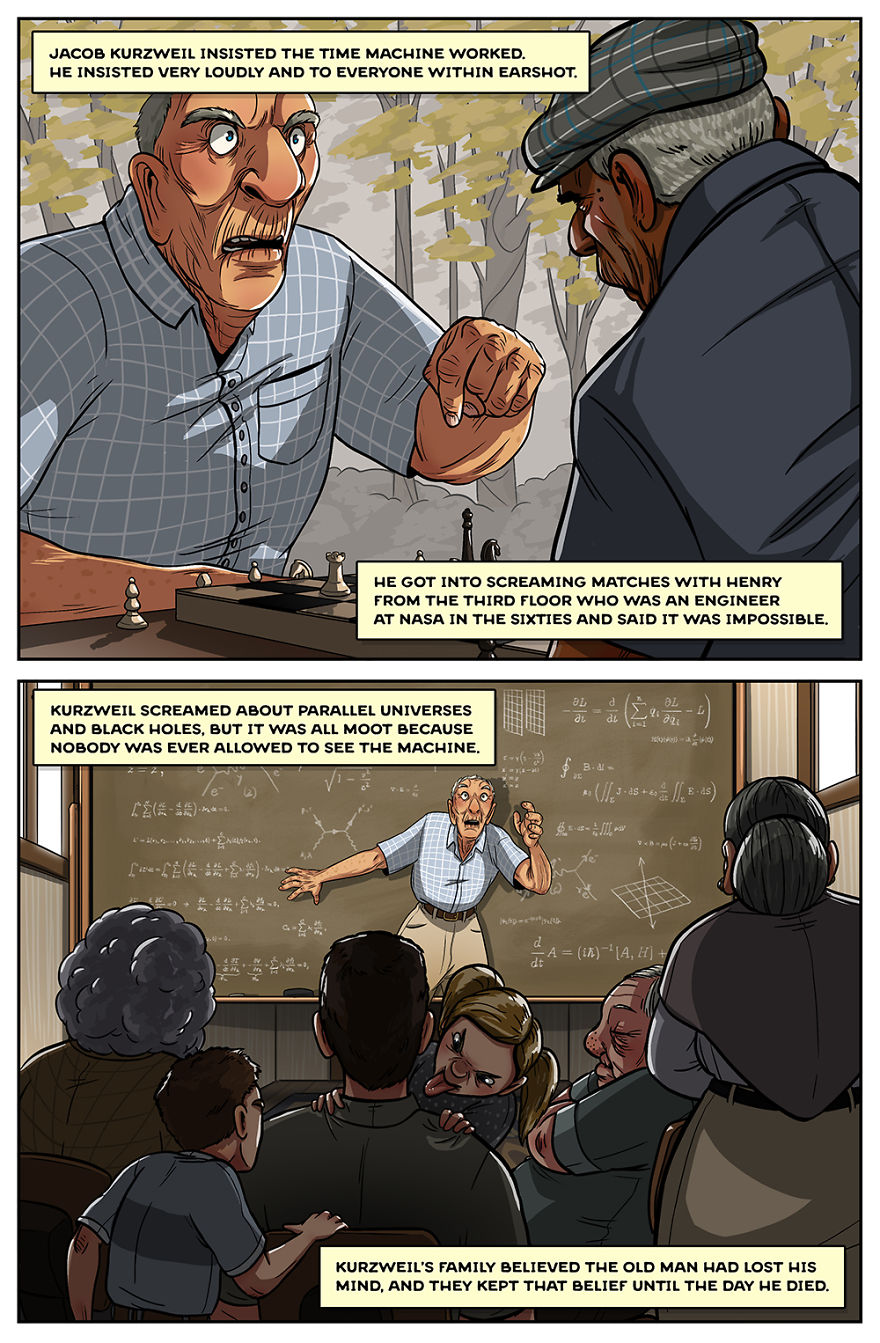 As soon as people discovered the machine, they tossed it out in a dumpster. 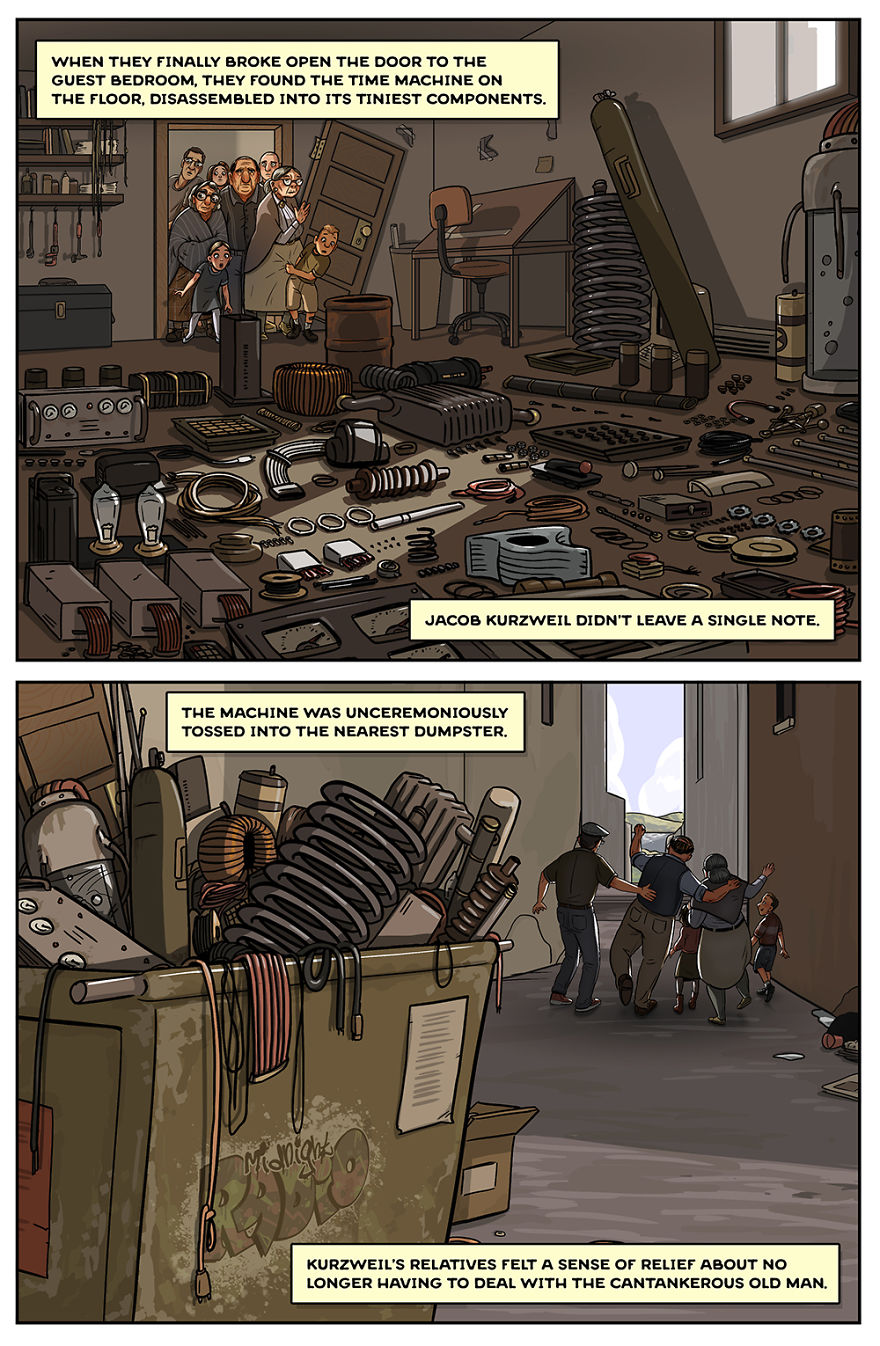 The old man finally showed them, who’s the boss. 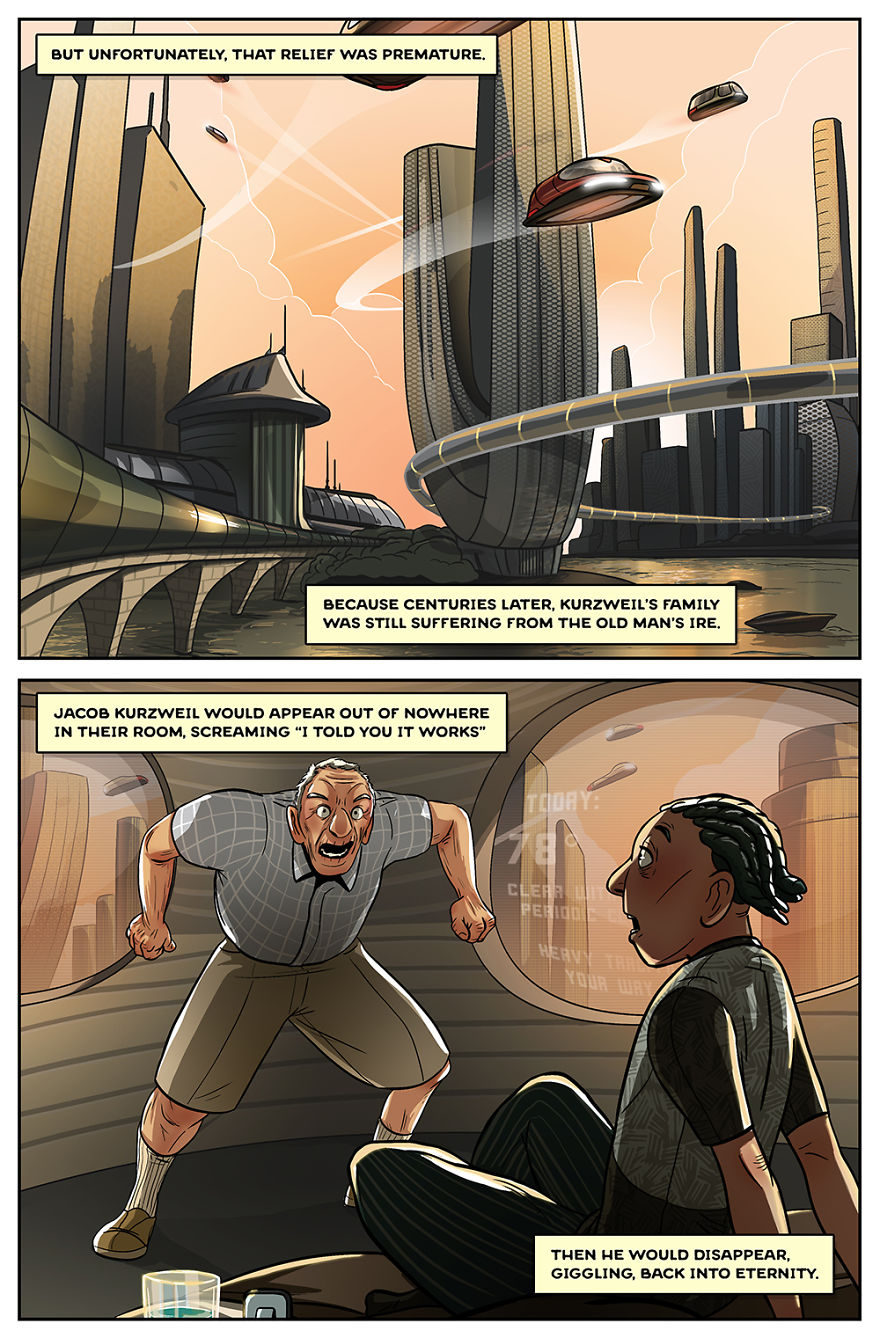 “This is just the beginning for us. We have quite a few stories we want to tell, some short and some fairly epic.” said both the artists while also stating  “When choosing a story, we’ll always pick one we’re both passionate about. That is how we continue to be excited about every new story. There are always differences of opinion but when there are, we talk through them to see the other person’s perspective,” added Yael.

With that we conclude this article, let us know which one of these three panels was your favourite in the comment section below.