How can someone abandon their dog for a year?

While I don’t have a pet, I can’t imaging leaving a pet for a year into someone else’s hand. It is quite clear that the friend didn’t really care for their dog is they were willing to simply forget that they even existed for a whole year. And only wanted them back when they had nowhere else to turn.

Honestly, the dog named Kamu does not deserve this injustice. However, the person they left the dog with wasn’t going to let this go. They had basically taken care of the dog for the past year and had developed a bond with Kamu. And I don’t blame them at all. So the friend doesn’t really have any right to be demanding Kimba back.

We are first introduced to all the characters in this story. 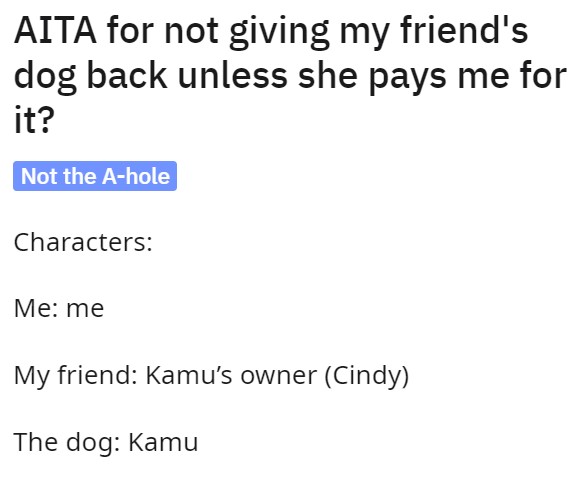 It seems clear to me that she just wanted to do whatever she wanted without any repercussions. 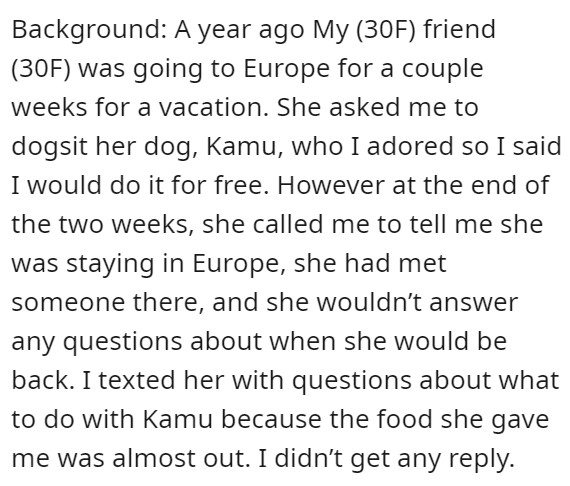 However, that is not how real life works. 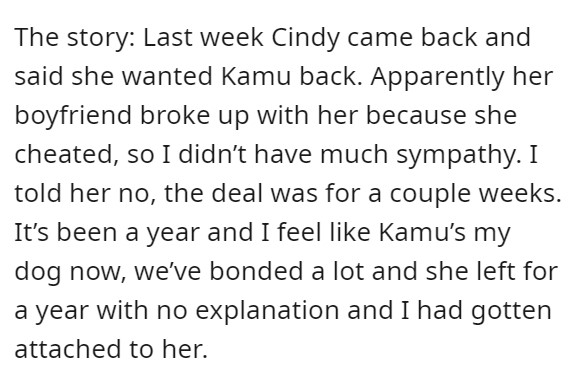 I think you are 100% in the right and the dog might not be ‘legally’ hers anymore. 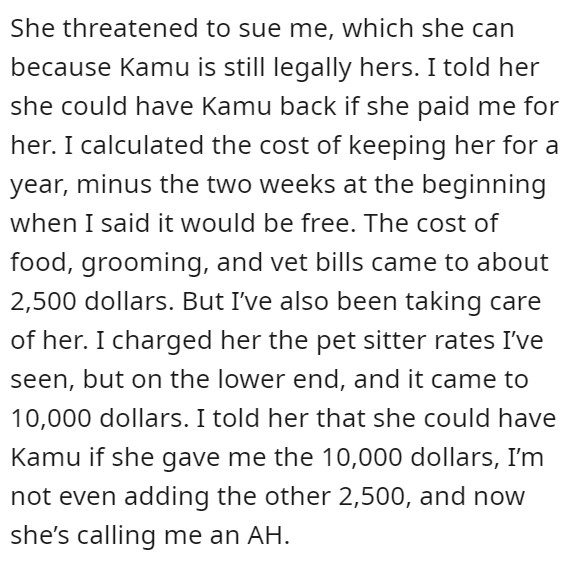 Technically, if the original agreement was for 2 weeks, and she ignored your entreaties for a year, then, no, Kamu is abandoned property. Dogs aren’t children (even though it often feels that way), they are legally considered “Chattel”, and the same law applies to them as a horse or a pig. She surrendered ownership when she failed to respond to your outreach, esp. for a year.

I would try to work this one out equitably. If the issue is the money, return Kamu, then exercise your right to sue to and expect to win for recompensation for the cost of caring for Kamu. If you are truly bonded with Kamu and the money isn’t the issue, then let the court decide. But don’ t black mail her, it will distract the ultimate verdict. –Stock-State

I don’t think any judge would rule in her favor. 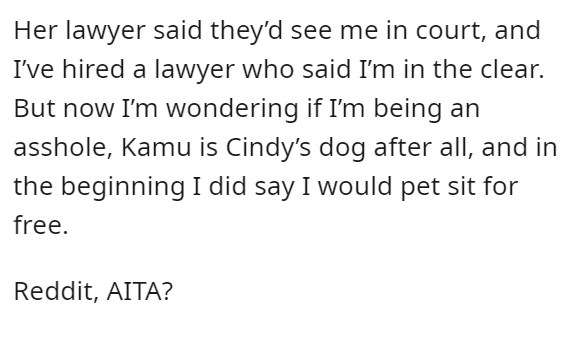 It’s really is as simple as that. 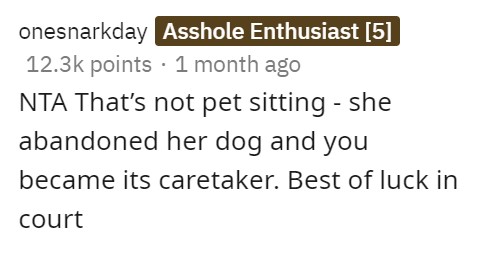 Jumping on the top comment just to say NTA but please don’t give the dog back to someone who can abandon her so easily. I can’t imagine just leaving my dogs in a different country. If you’ve bonded with the dog, and you have been taking good care of it, like it seems, then please keep the dog. –bzzybee07

It wasn’t just a few days but a whole year! 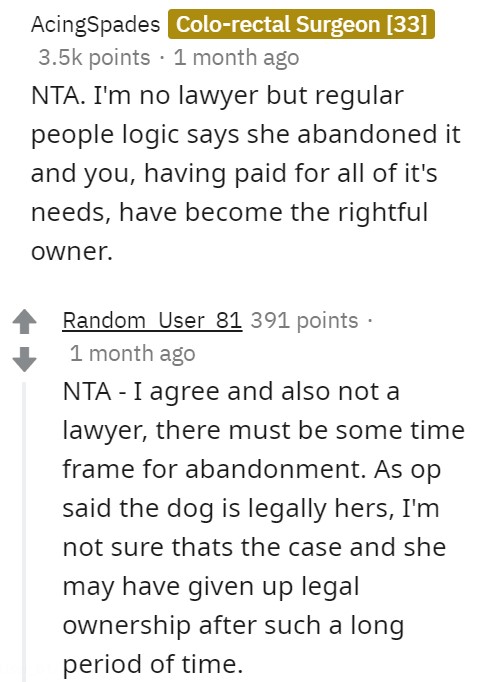 I sure hope they do because she doesn’t deserve to get into any sort of trouble. 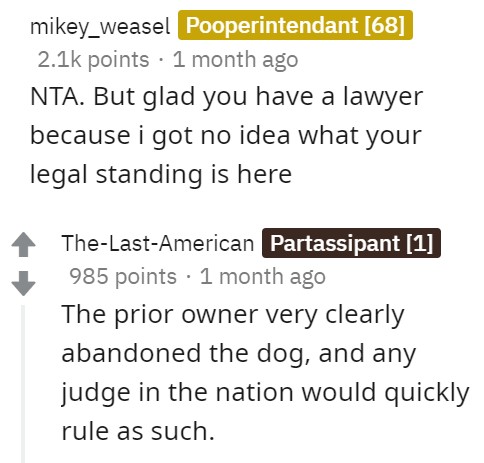 I imagine she could sue for the cost of food and medical care but not the other $10,000 as they had no defined contract for dog care. –FinanceGuyHere

Not a good friend at all. 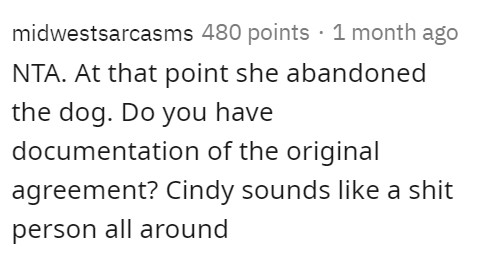 They could have sent the dog to the shelter but they didn’t. 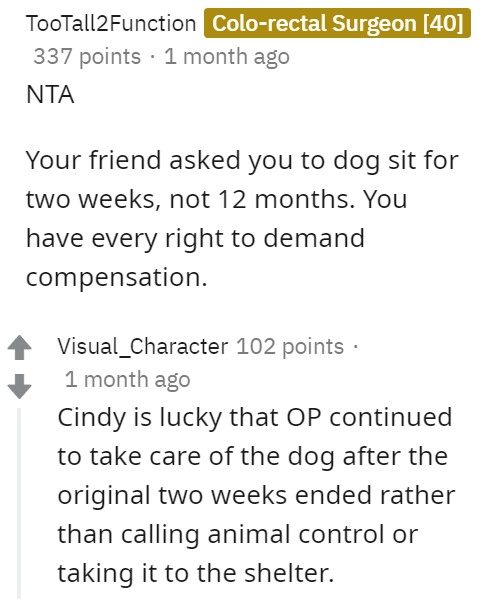 Do you think she is in the wrong for trying to keep the dog? Let us know what you think in the comments below.