Grooming can change you and other’s views about you.

It’s one of those things that you can categorize as magic, or at least that’s what I do. People don’t go to a groomer that often. Firstly, they are very expensive and secondly, do we even need that much maintenance? I mean, I will think about that when I am Lionel Messi making $84 Million per year (according to t some sources). I usually go to a groomer every 3 months and trust me it sometimes gets hard to recognize myself when I come home and look in the mirror. You literally become another person. And for some reason, it does change other people’s views about you. Apparently, well-groomed people generate a more positive image in other people’s brains. Damn you, psychology!

And if you talk about pet animals, especially dogs, the case is very similar. People usually take their animals to a groomer anywhere after 3 to 6 months. It really depends on how quickly their hair or nails grow or how dirty they get. Some dogs are very peaceful during the process but not all dogs enjoy it. Usually, aggressive dogs give a really hard time to their groomers but once everything is complete, their satisfied selves realize it was all for their own good. And trust me on this, when a dog returns from a groomer, it sometimes feels impossible to believe it is the same dog. The transformations are so amazing and mind-blowing.

Let’s take a look at 18 dogs looking absolutely gorgeous and majestic after paying a visit to their groomer. Scroll down below to enjoy!

1. Oh my God would you look at that cute baby hiding behind that fur all this time. 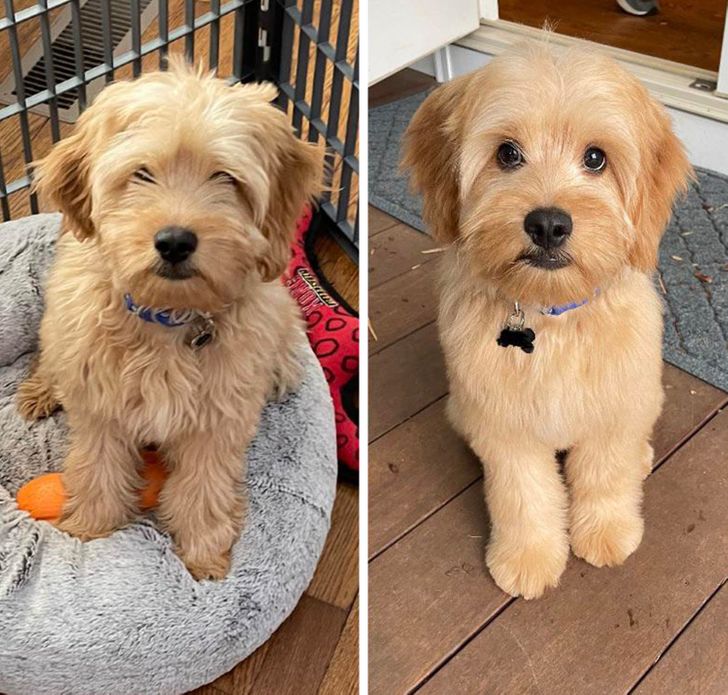 This is what happens when you are not old and confident enough to explain to your barber what kind of haircut do you want. 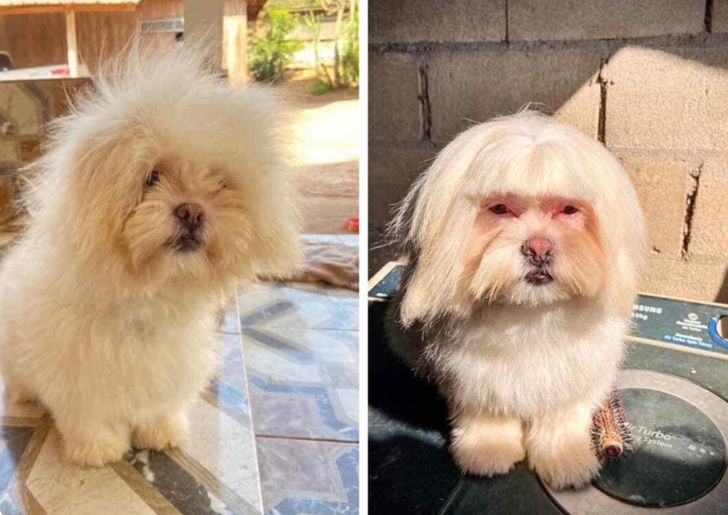 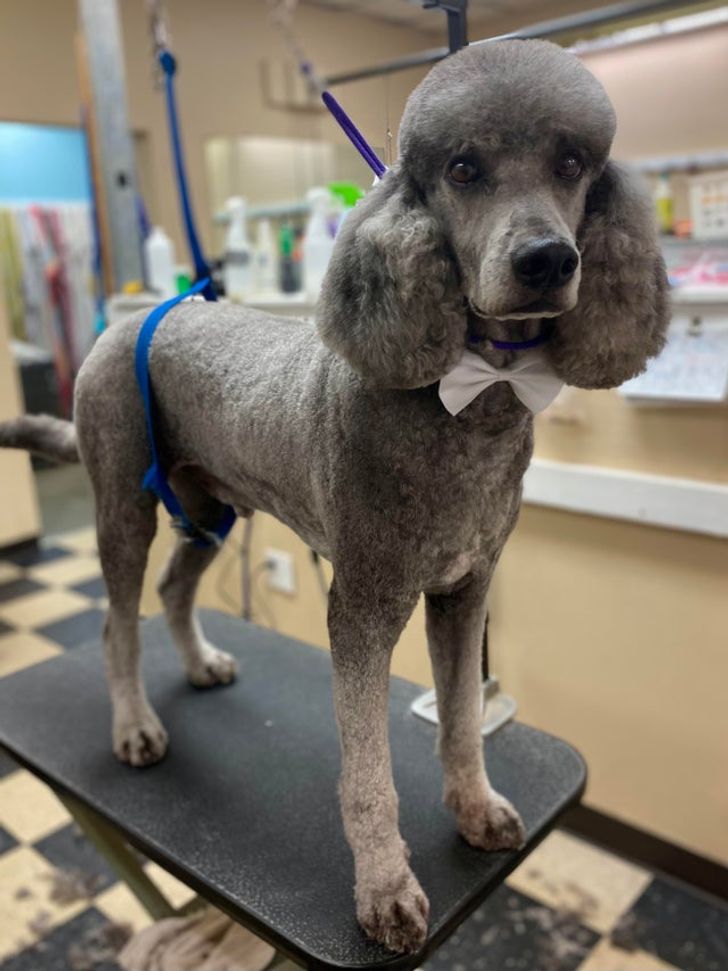 4. I refuse to believe this is the same dog, or the same animal even. 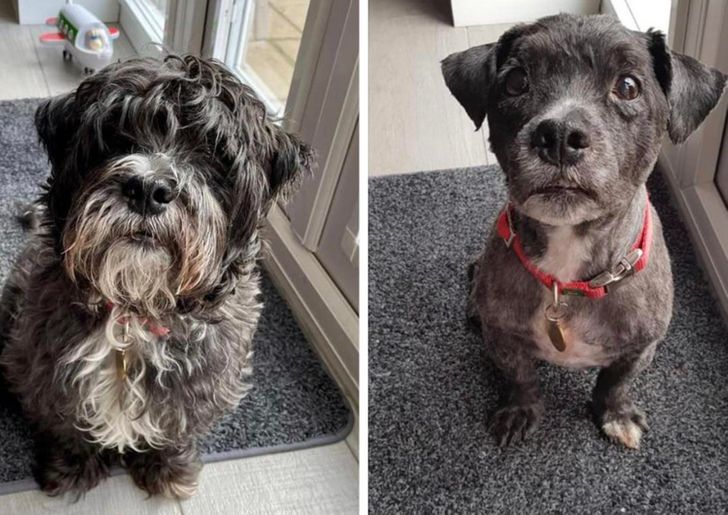 5. All set and ready for the prom! 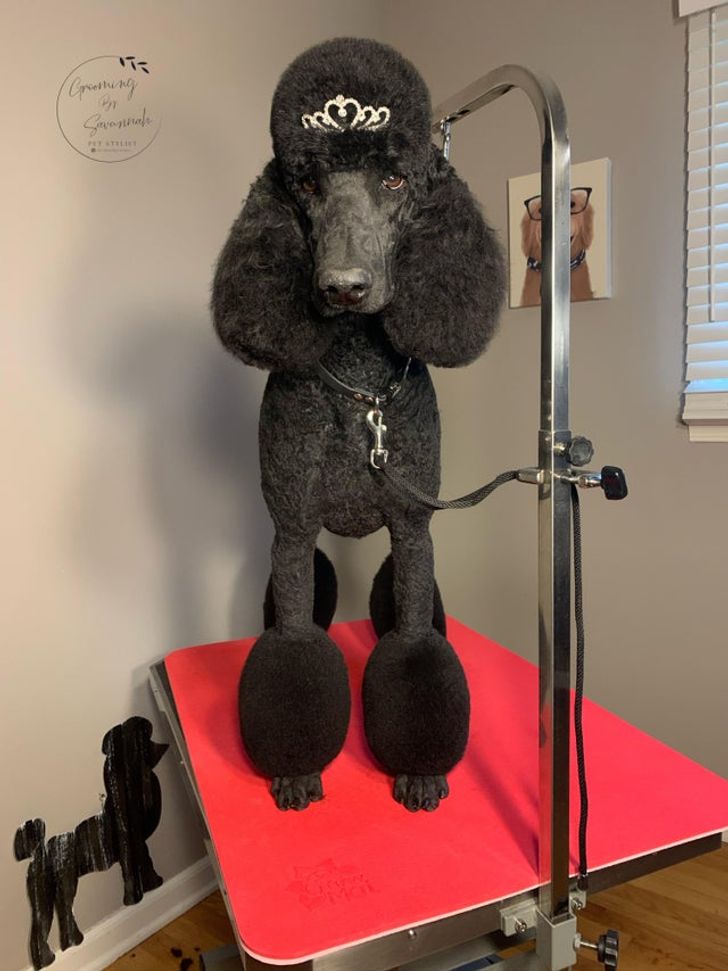 6. Just look at that transformation! 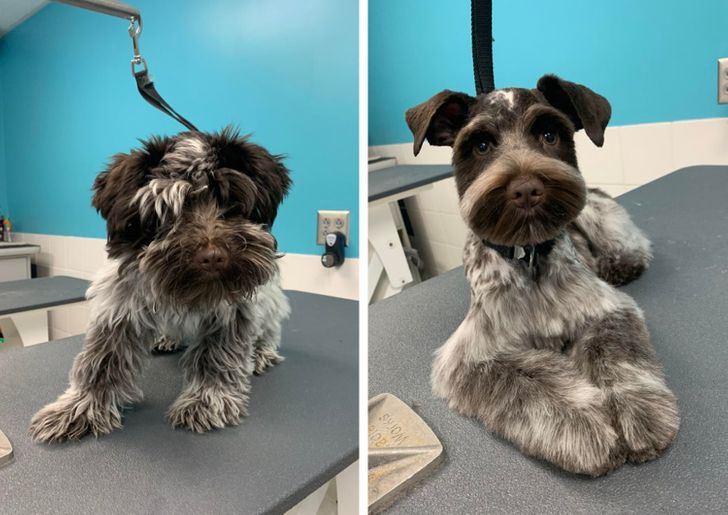 7. “I think the groomer gave me someone else’s dog.” 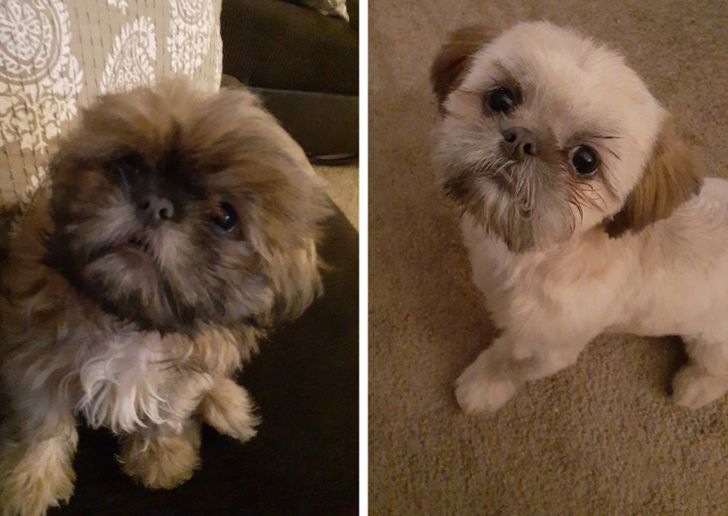 8. “Sometimes you have to start over!” 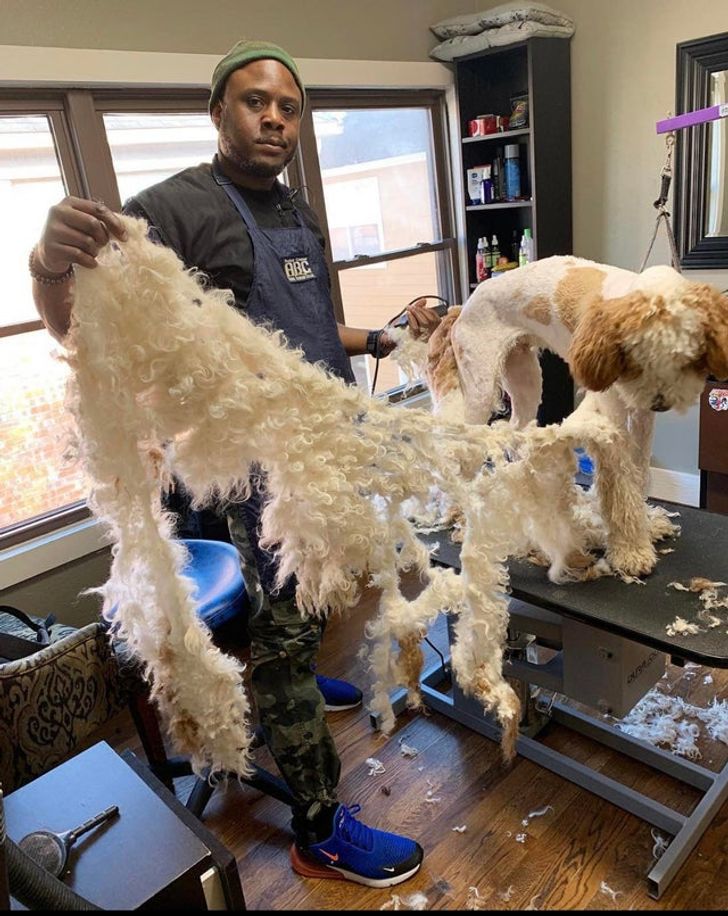 9. Doggo looks so satisfied and I guess he approves the new look! 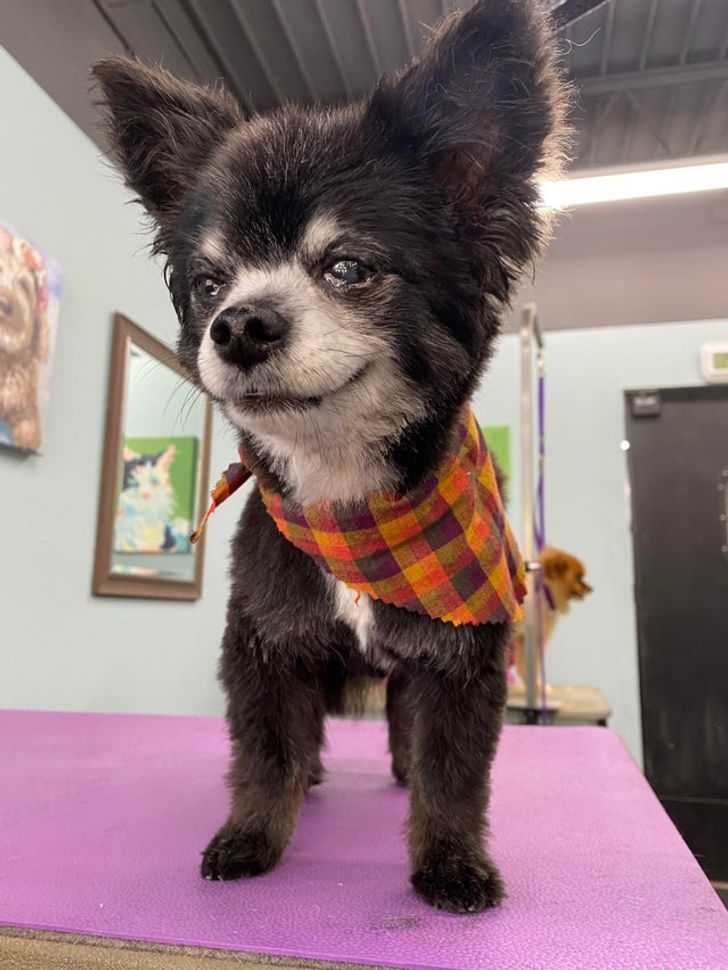 Oh my Lord, so much beauty, my eyes are finding it hard to digest all of this but I want more and more. These dogs look absolutely adorable. I really can’t think of the best adjective that describes beauty but whatever it is, that’s how I would describe them. Grooming really is magic.

Be right back, time to book an appointment. 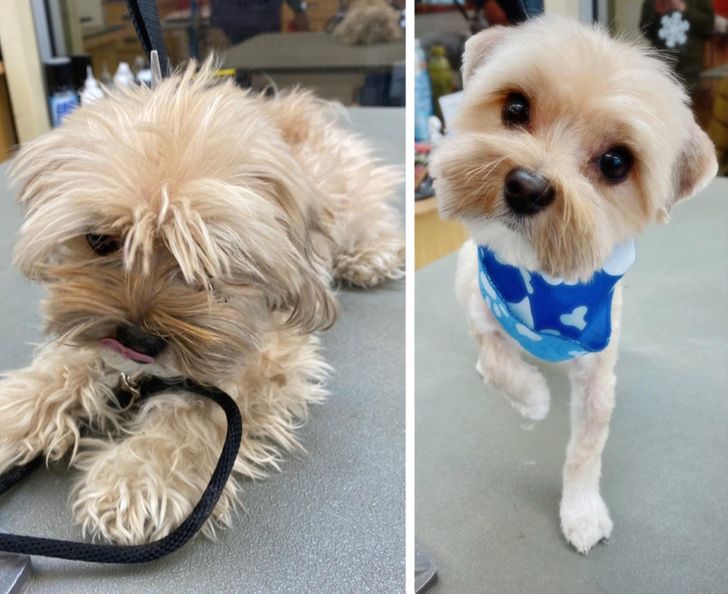 11. Just don’t touch my mustache. My life depends on it. 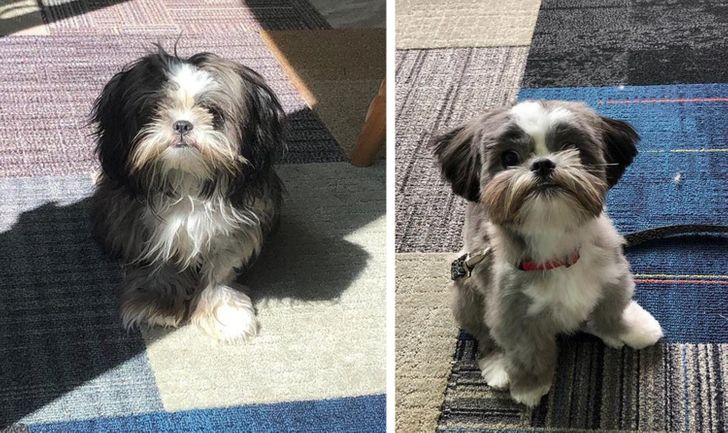 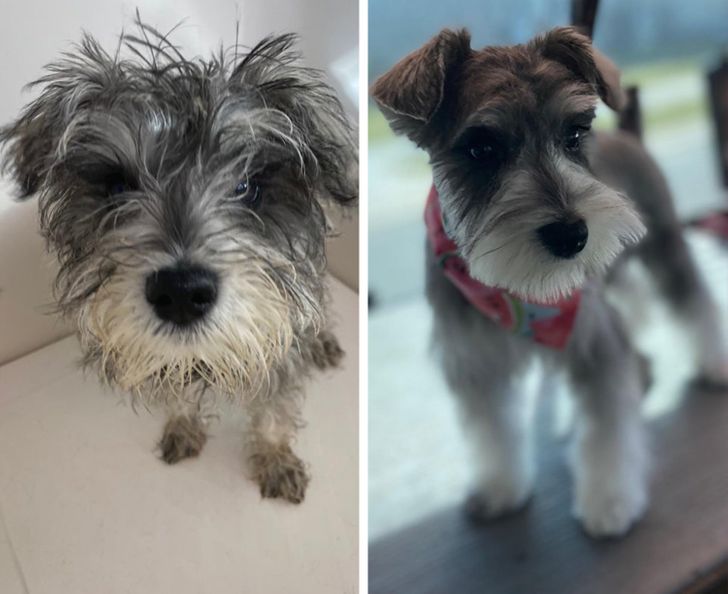 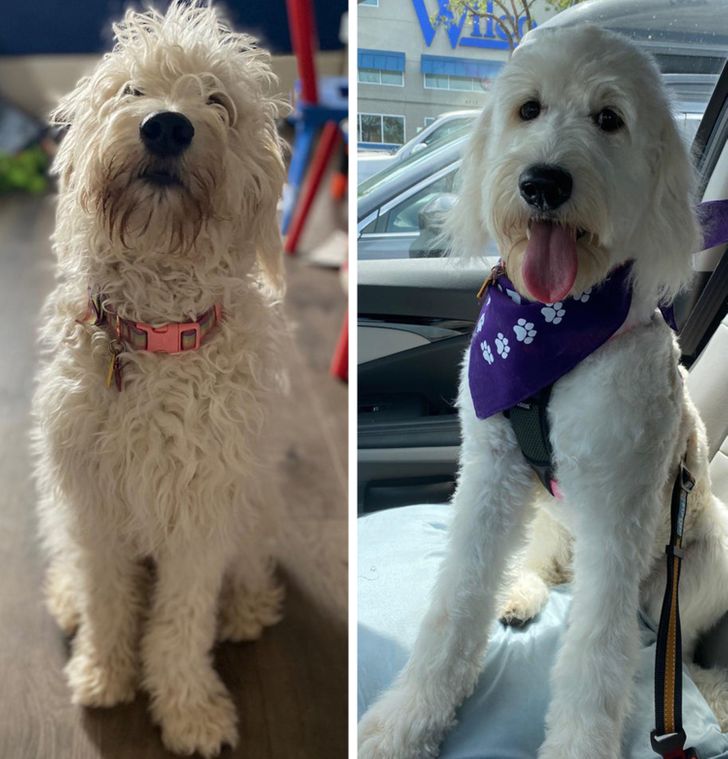 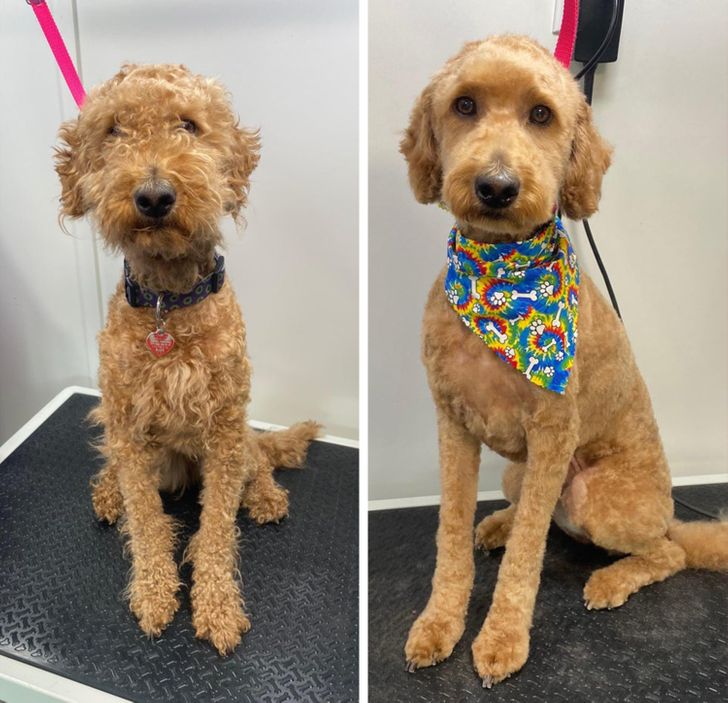 15. “Leo got groomed yesterday! Here’s the before and after, taken the same day.” 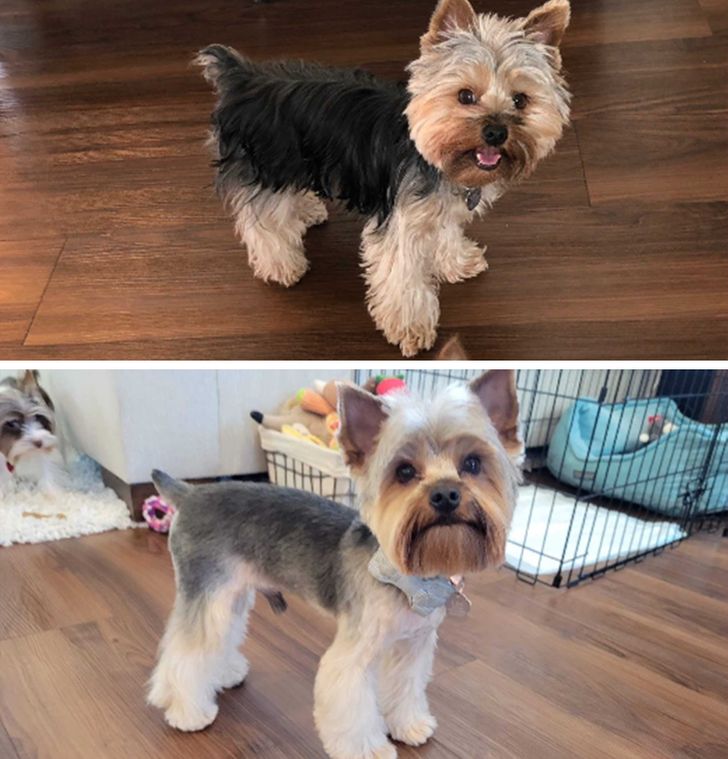 16. “My handsome boy, Kevin, freshly groomed for spring. He came home from the groomer’s looking about 20 lb lighter.”

The furry coat does put on a lot of weight which could make movement more exhaustive. Now watch this pupper fly! 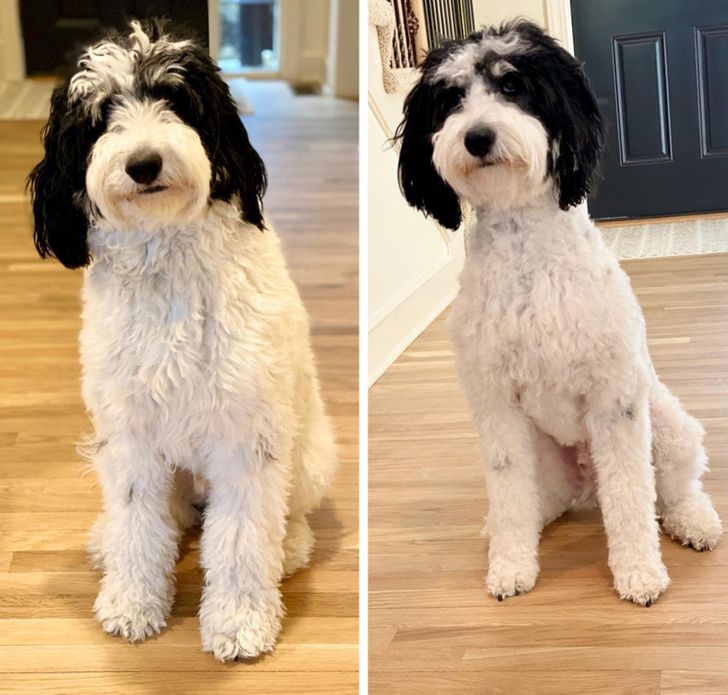 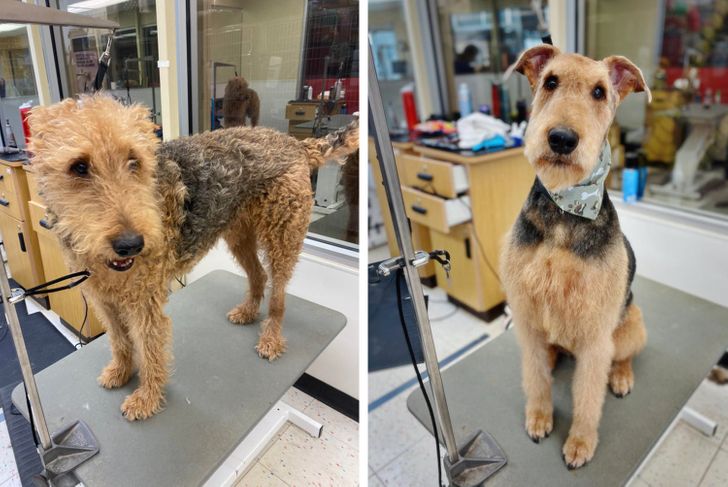 18. “Left him with my aunt while I went on a trip to a house that we got on Airbnb that didn’t allow pets. My aunt gave him a haircut. Thoughts?” 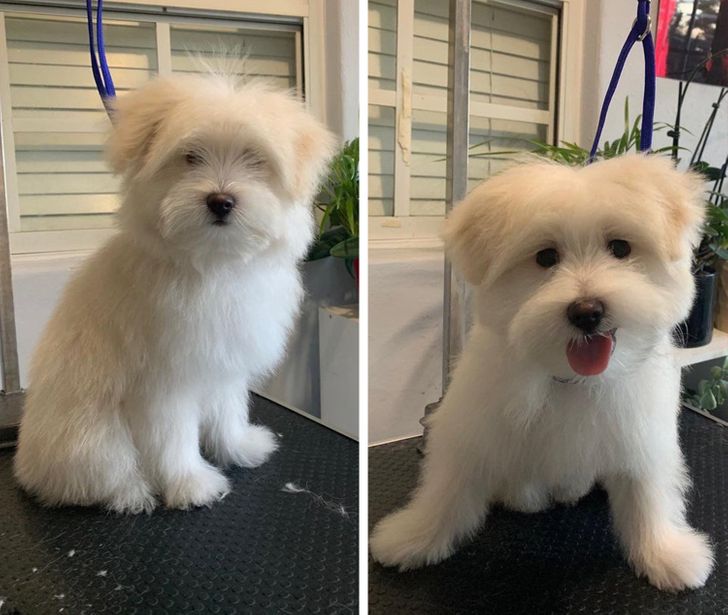 Wow, so much cuteness, adorableness, awesomeness from a single post? I must be dreaming right tnow. All these animals look absolutely beautiful, with a couple of exceptions which weren’t the animal’s fault but their owner’s. I hope they get it fixed. Other than that, wow, it really was tough to believe these were the same animals after being groomed.