It’s very uncommon for employees to retaliate against their bosses by automating their own jobs, as one employee did when they were paid to do nothing for five years. It’s also rather usual for employees to be in charge of their boss’s work. When you put the two together, you get this individual. They figured out ways to do their boss’s task in half the time. And since this work was the only thing keeping their boss on the job, it seemed reasonable to just let them go.

Perhaps if their supervisor had followed the rules from the start, they would not have created a situation where their employee might easily render their entire employment redundant. Even if you’re completely ineffective at work, if people like you, you’ll most likely stick around. However, given their active inconvenient nature, it’s hardly unexpected that they were fired. Following is the story of OP in his own words, let’s hear the spicy story out and see what Redditors had to say on it.

1. OP being the data analyst did the work while his boss ditched work many a times and also had an affair with her boss too 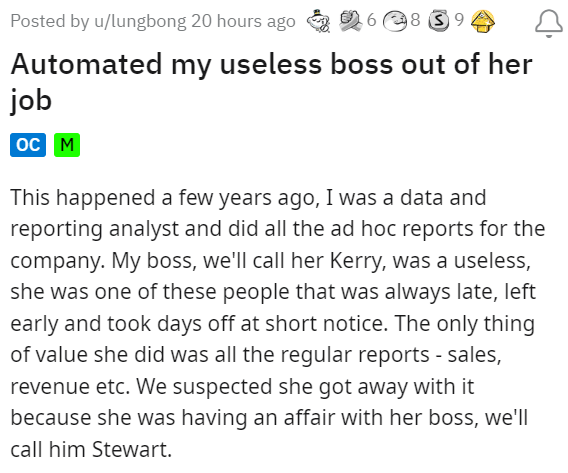 2. The CEO was decent at his job and wanted to work on time, the boss asked employees to automate work so that she could get the credit. one day, the CEO wanted sales reports immediately which was the boss’s work but OP did it by automating all the work, impressed the CEO 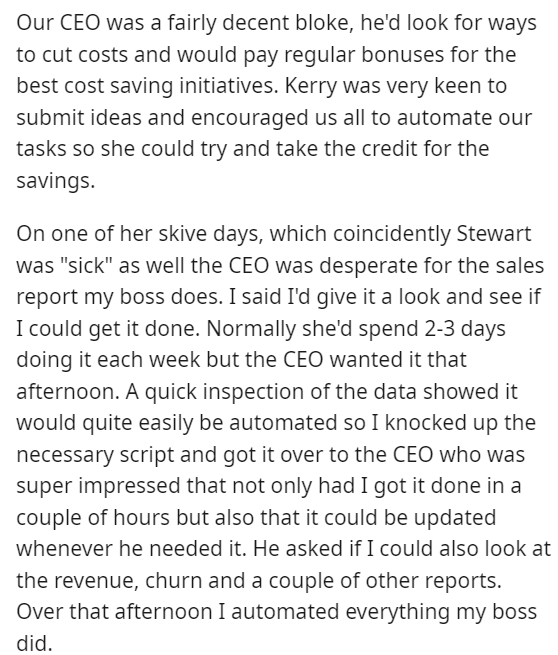 3. When the boss and her boss came to the office the next day, they were called in and fired because the CEO knew they weren’t working and having an affair whereas OP got a bonus 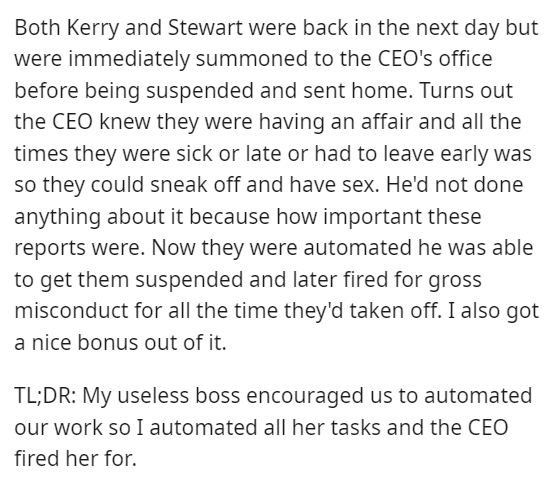 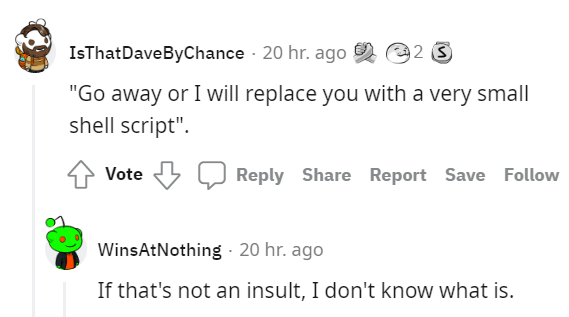 5. This seems to be a nice summary of the story we just read

6. Turns out people have relatable stories to tell to others 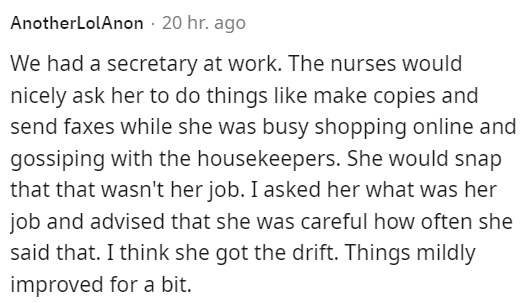 7. He was lucky enough to get a promotion and a pay rise for this 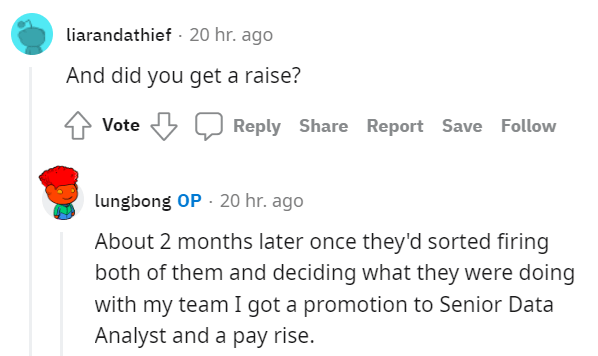 Advertisement
Via lungbong
Share with us your feedback on this one. Have you ever been in any such situation and played smartly? Tell us these stories in the comment section. Stay tuned for more job stories.