Rule #1 Never f*ck with your employees.

As unrealistic as it may sound, employees are actually capable of ruining the entire business. And if we think about it, it makes perfect sense. Employees are the back-bone of any business. Imagine what the consequences will be if — for some reason — one day all the employees decide to skip work? The owner won’t be able to do anything to fix the damage. It’s not like all companies have a whole team ready at all times on standby. Long explanation cut short, employees can potentially ruin a business just as smoothly as they can uplift it.

So, to disregard the needs of employees is straight up foolish. Not to mention, it’s a pretty d*ck move in general but it’s very foolish to do so. Sadly, not many people understand this which is why they not only make horrible bosses but also end up destroying their own business. A perfect example of which is shared in the Reddit post below.

The OP started his new job at a seemingly “okay” place as a software engineer. But it wasn’t long before his new workplace started giving him a hard time. Then eventually came a point where they decided to cut his salary in half.  Unfortunately for them, it was the last nail in the coffin. The OP immediately decided he won’t stay quiet about it. So, with the help of his co-workers the OP took his sweet revenge.

Read the full story below:

The OP was in a dire need of employment. 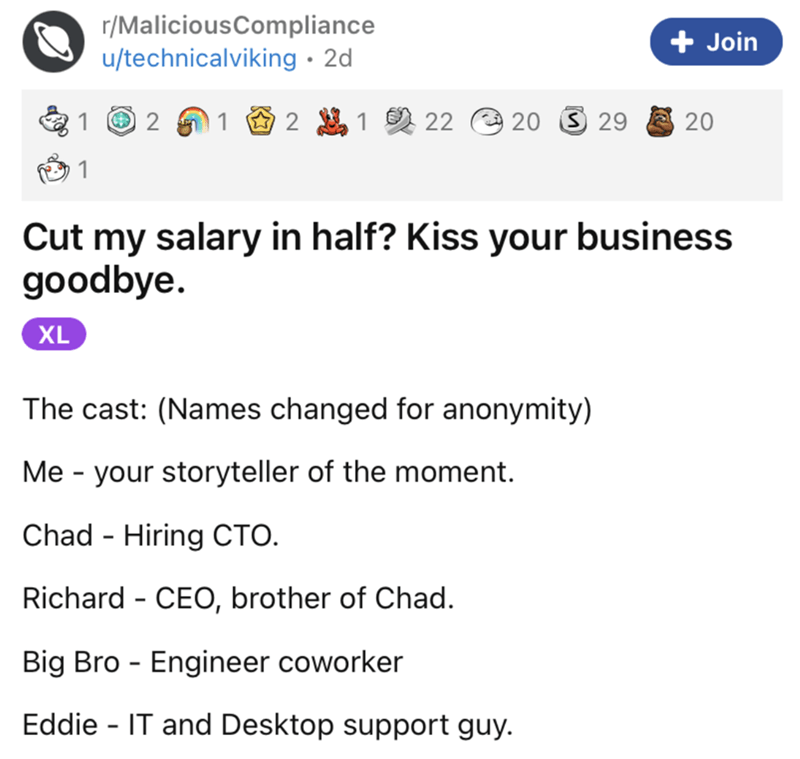 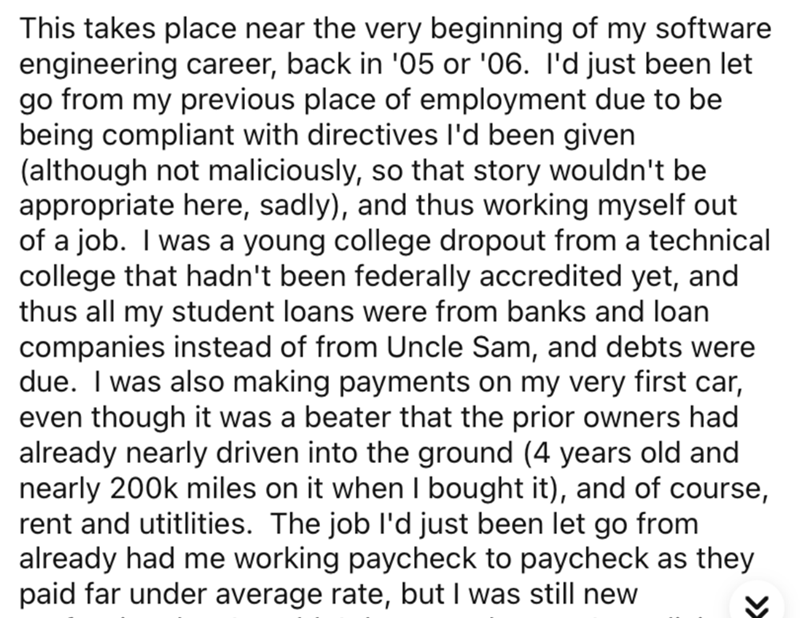 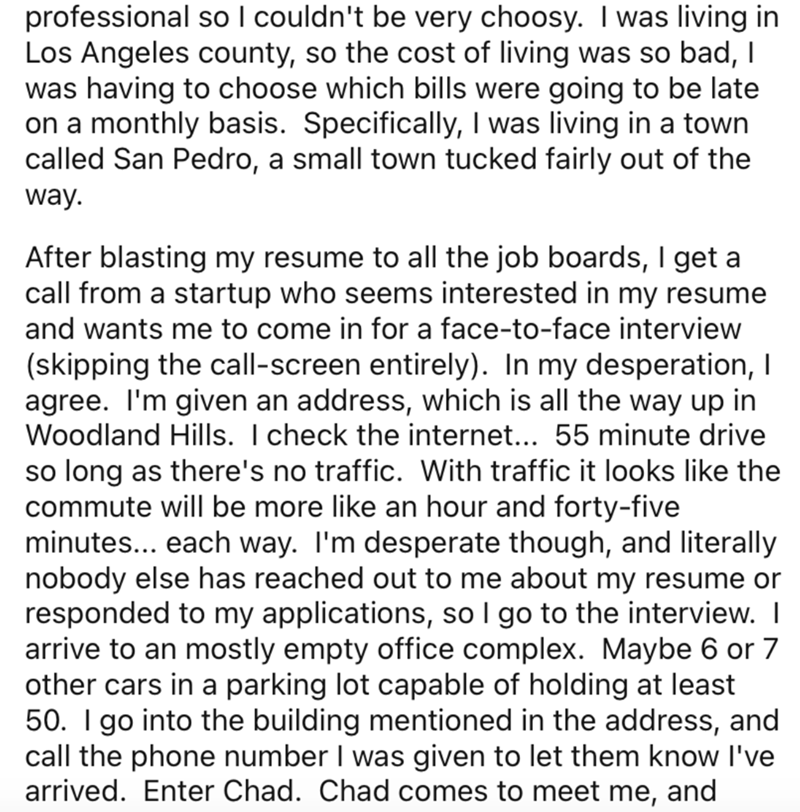 But little did he know his whole life was about to change and not in a good way. 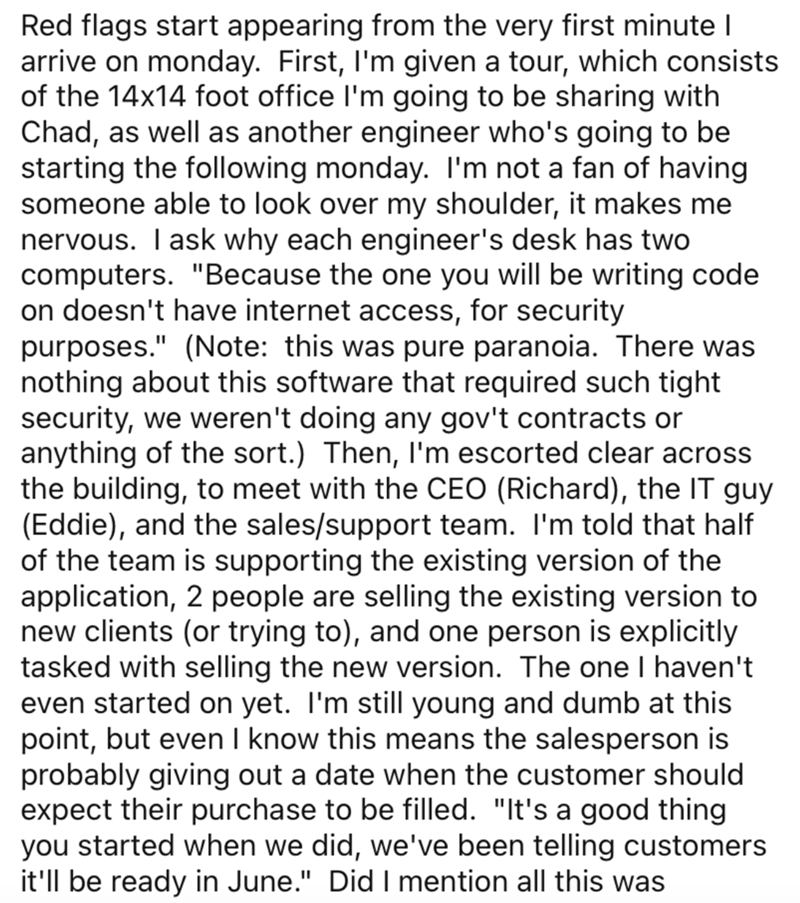 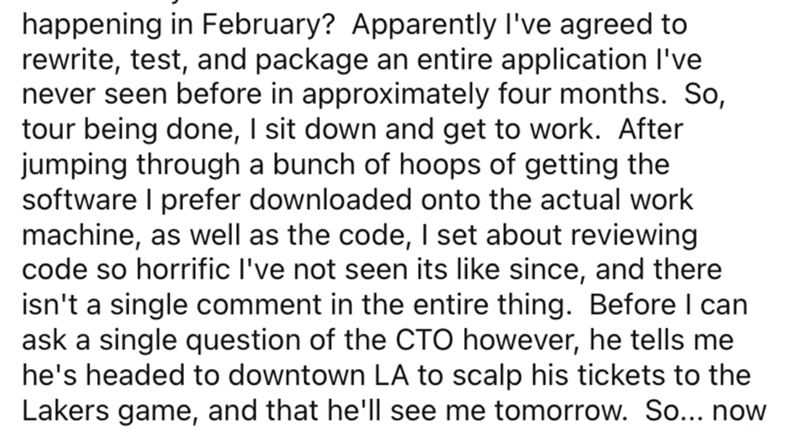 The new job was much worse than unemployment. 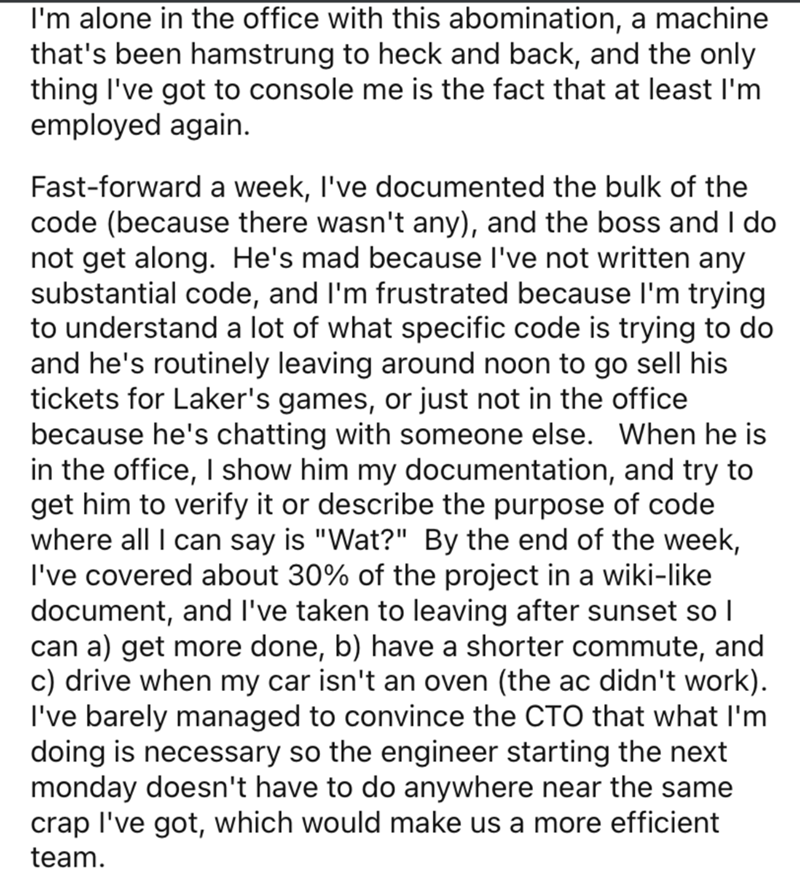 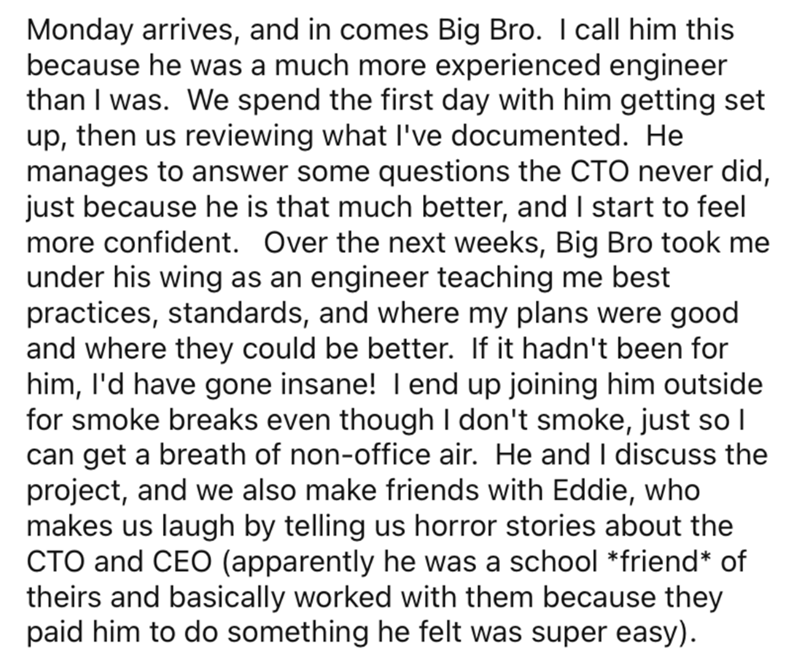 At this point, the OP thought that maybe things would work out in the end. But he was totally unaware that the worse was yet to come… 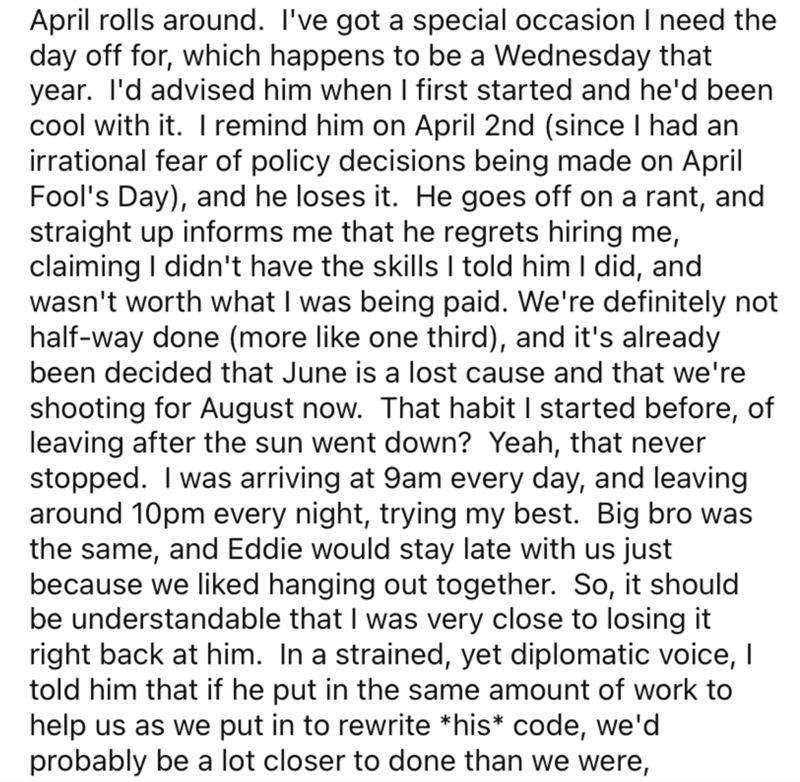 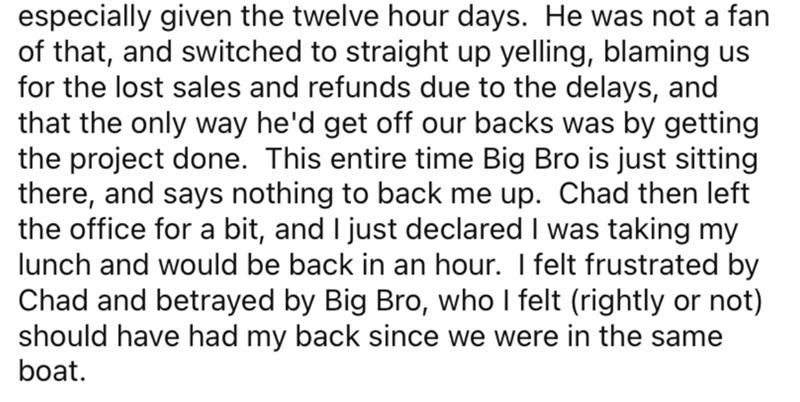 Things get worse before they get better. This was very true for the OP who eventually decided that something had to be done. 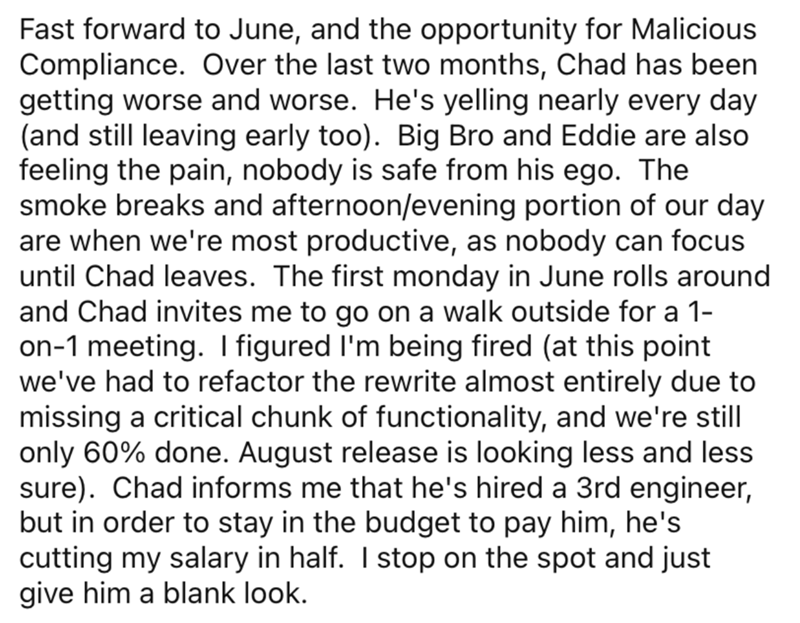 They say never mess with the people who make you food and it makes sense. The same concept applies here. Employee satisfaction is important. Otherwise, they would just stop caring and it would damage everything. However, some people fail to understand this and think that giving “employment” is a big thing in itself and that it should be sufficient. But they’re wrong and so they end up learning the hard way.

The management didn’t realize that they were making their biggest mistake. 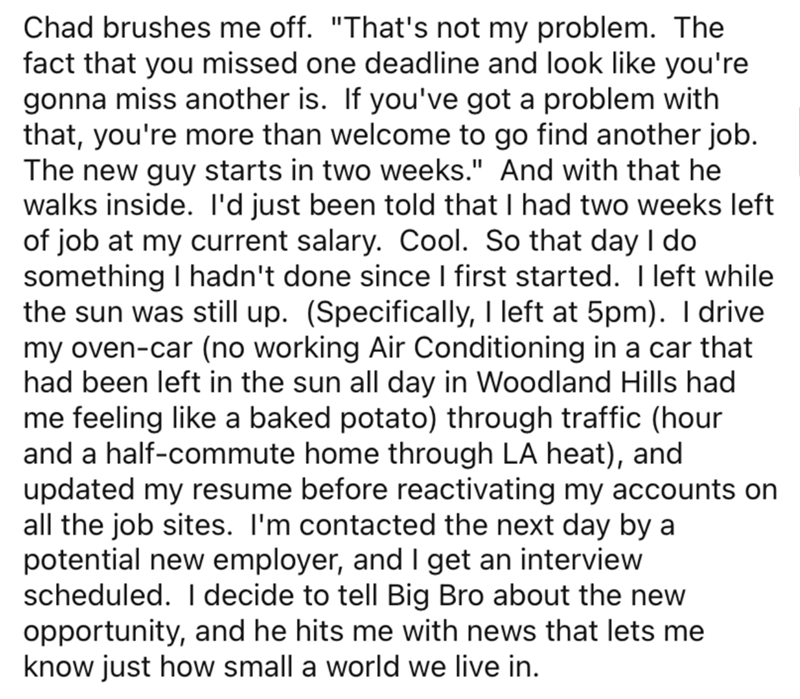 An interesting turn of events. 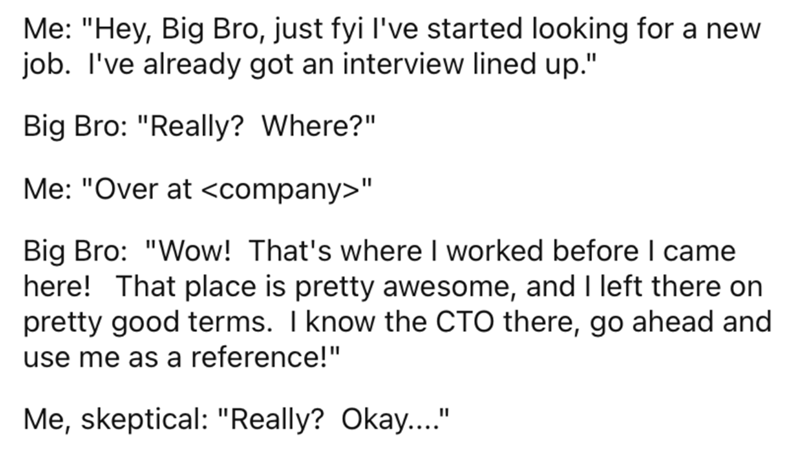 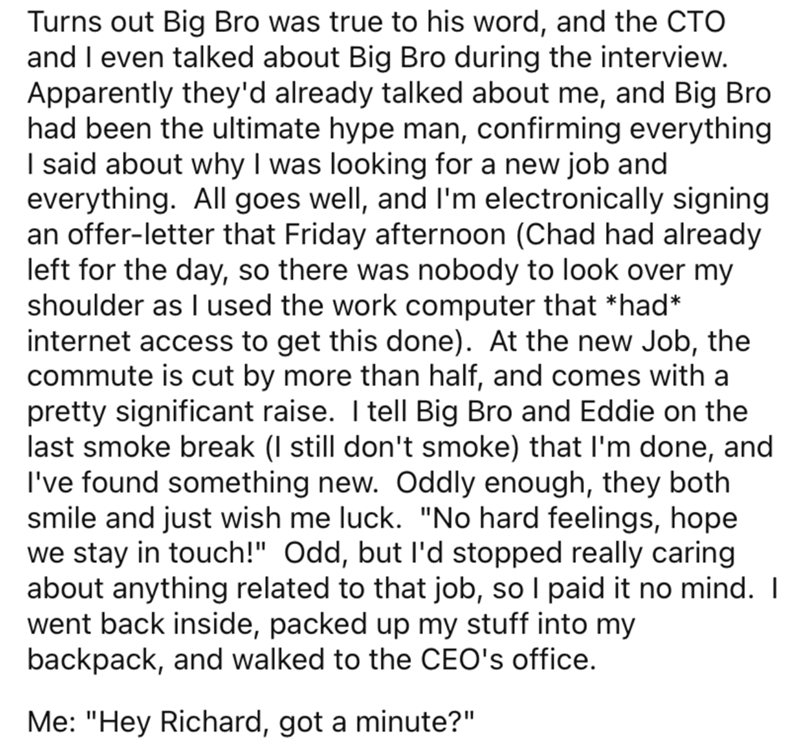 It’s so hilarious seeing people get mad after you follow their instructions word-to-word. Malicious compliance is undoubtedly the best form of revenge. 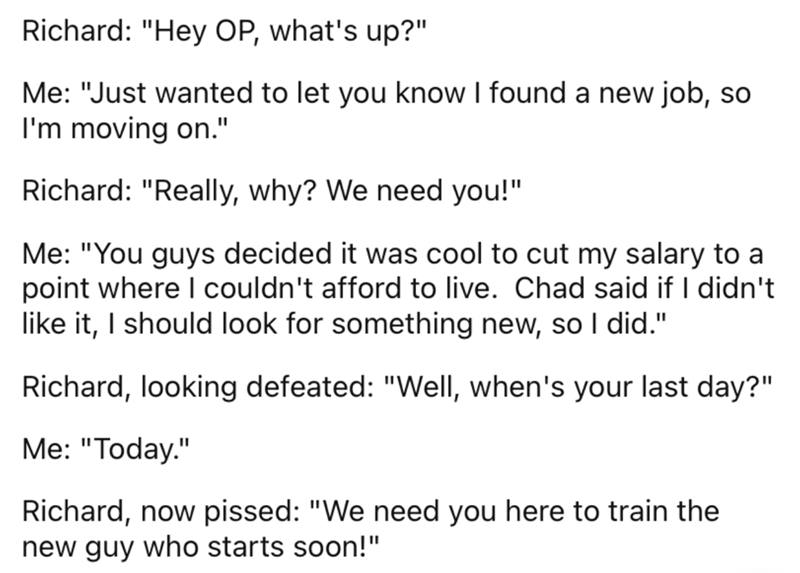 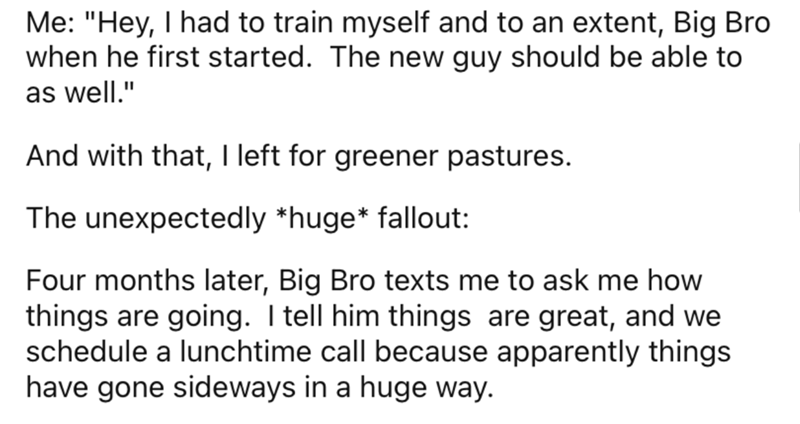 Now, it was time for collective revenge. 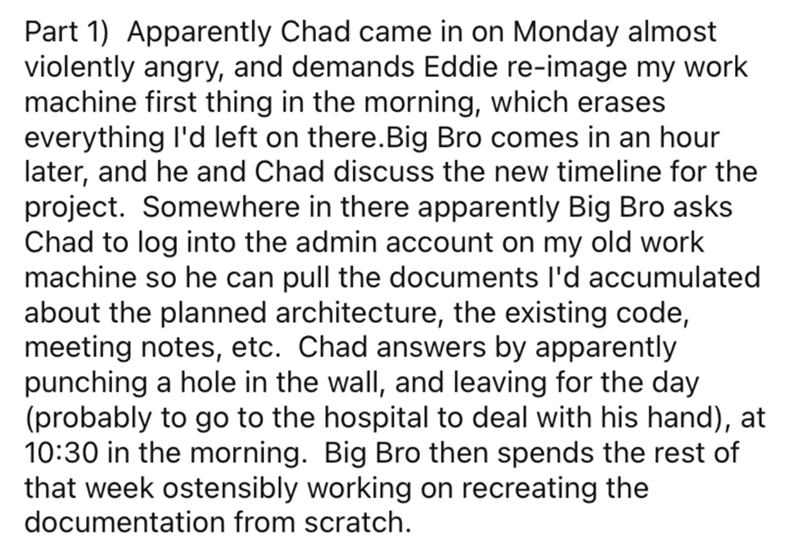 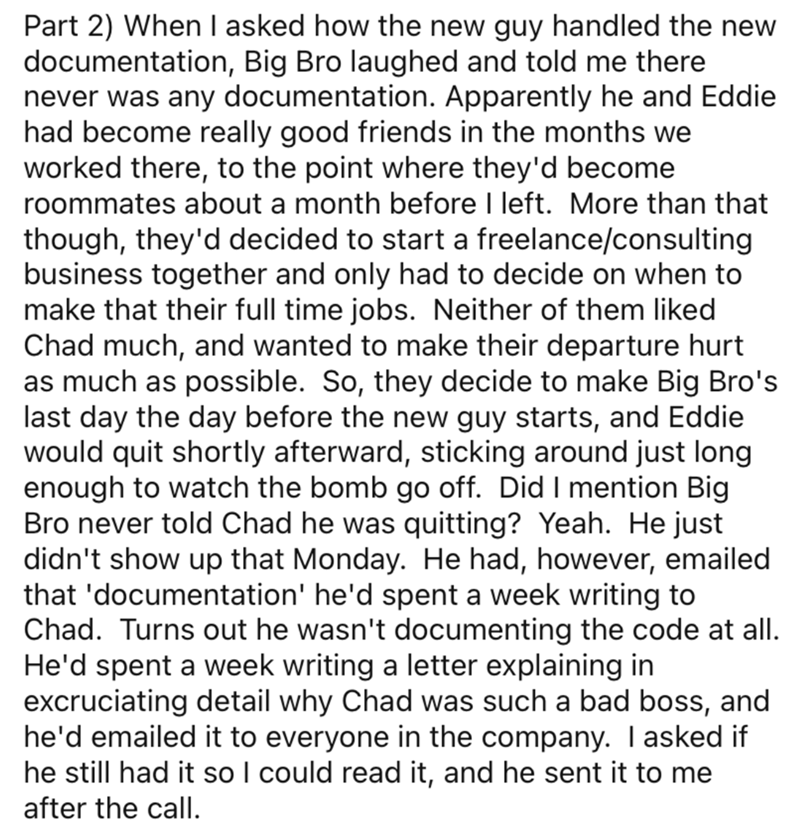 Here’s the best part of the entire story. 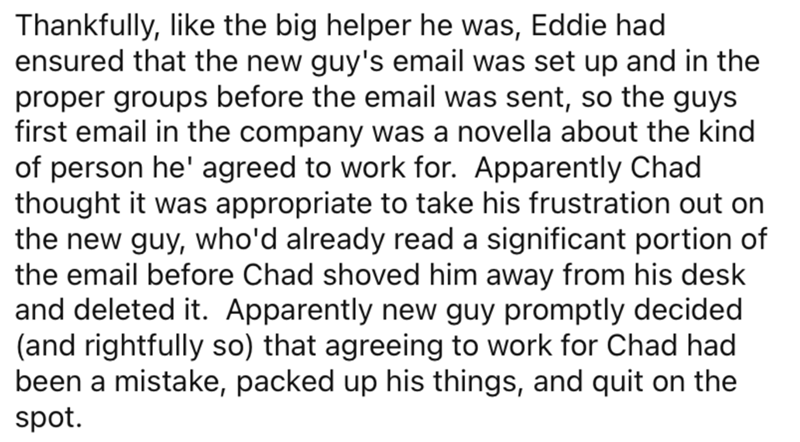 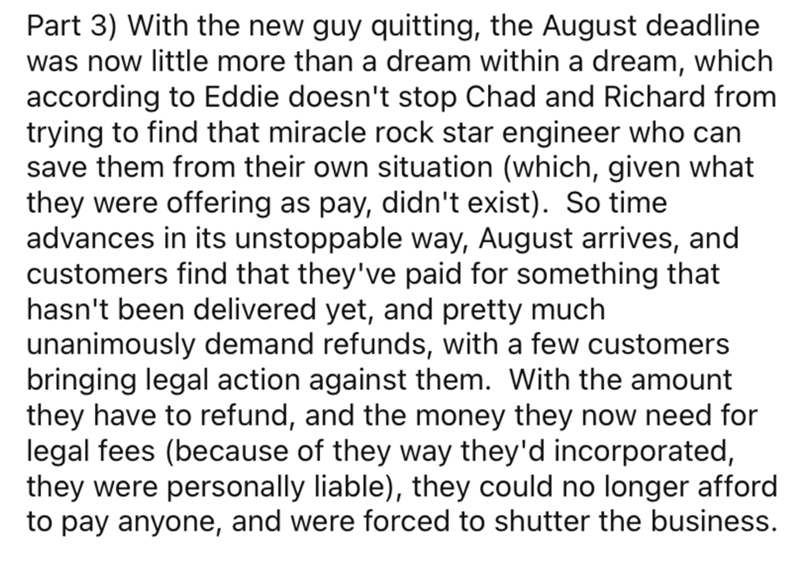 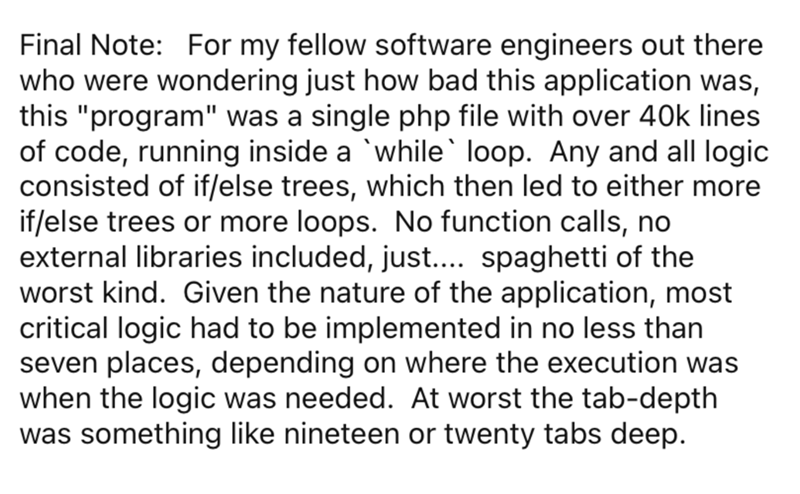 And just like that a couple of employees ruined the entire business in a matter of weeks. But it was something that needed to be done. The company was not only giving them a hard time but also planning the same for the employees that were yet to come in near future. This was needed to send a strong message that the company owners shouldn’t expect a blooming business if they’re going to treat their employees like sh*t.

What’s your take on this situation? Share your thoughts with us in the comments below.