Is it wrong to be an accepting parent?

I am well aware that statement sounds really dumb. However, it seems that parents who put weird restrictions on their children are considered good and caring while the ones who actually try to understand what is going on in their kid’s lives somehow ‘come off‘ as creepy. Especially if it is the father. I could never understand the fact that if a mother hugs their child, it is seen as adorable but if a father does it, some people give him the side-eye.

That is exactly what happened in the following story. You see this guy tried to help his sister when she fell on some hard times. He gave her and her daughter a roof over their head. And she repaid him by being a right pain in the**. She crossed several lines when she stuck her nose in things that didn’t pertain to her and had many opinions on his parenting style. As you can expect, he didn’t take that too well and snapped when he had enough.

It has been scientifically proven that hugging your child can have a beneficial effect on their upbringing.

We obviously get a bit of background on what happened before he got stuck in this situation. 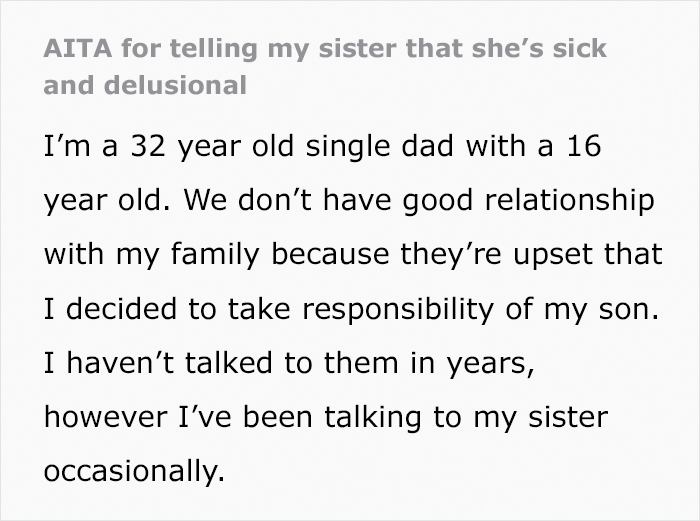 This pandemic has affected a lot of people and has left many on the street. 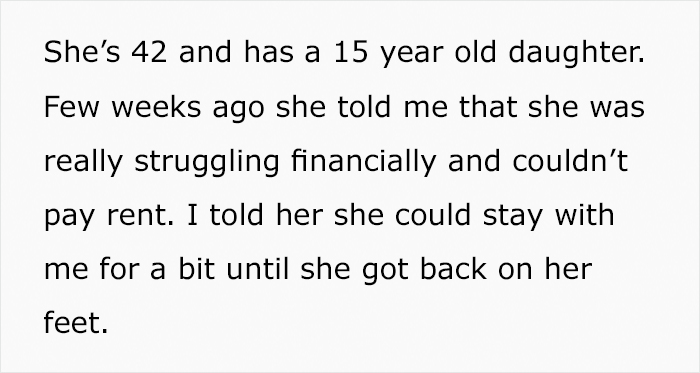 I don’t know about anyone else but that doesn’t sound like a healthy familial relationship to me. 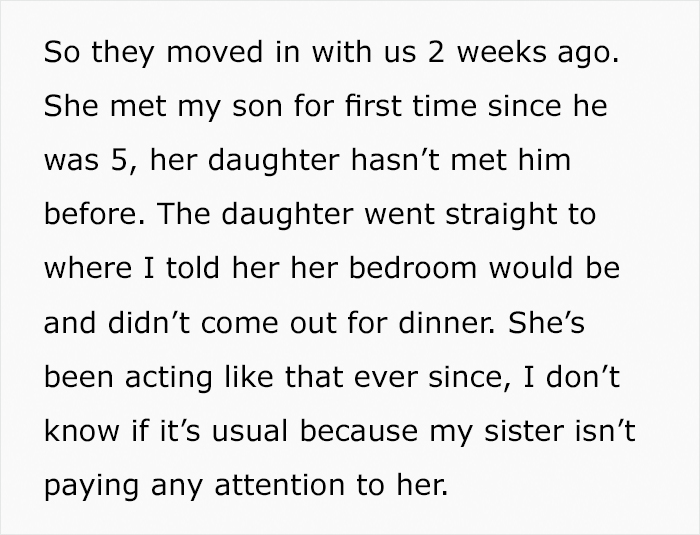 What he does or does not do is his business and she doesn’t have the right to stick her nose where it doesn’t belong. 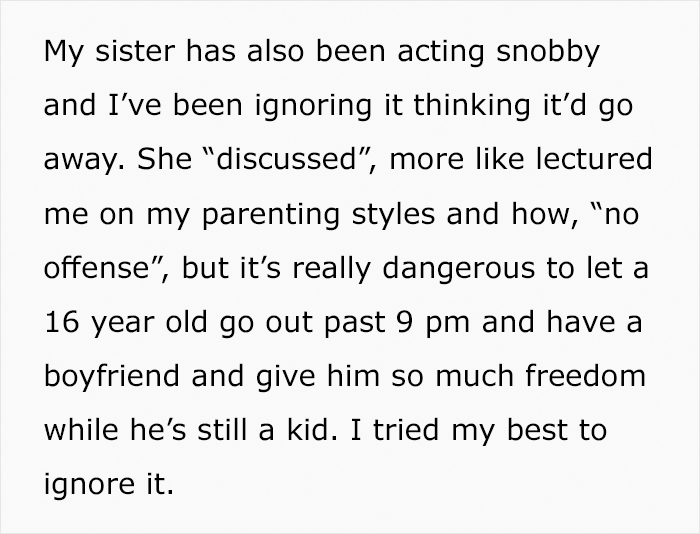 That sounds pretty normal to me. I used to do that to my mother as well.

The sad reality is that many people think like this but I am sensing something else here as well. 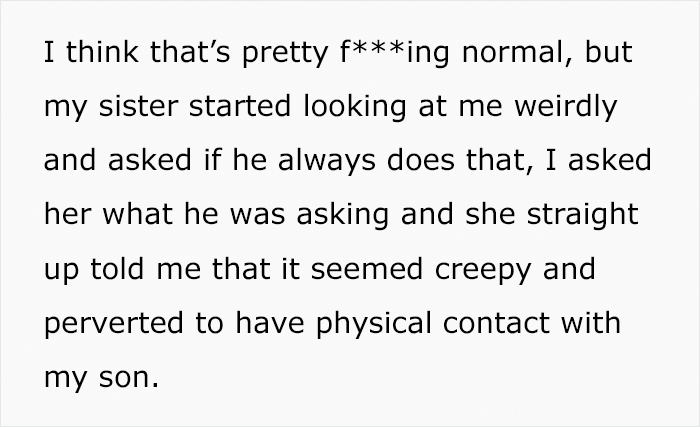 It does seem like she is projecting her own insecurities on other people. 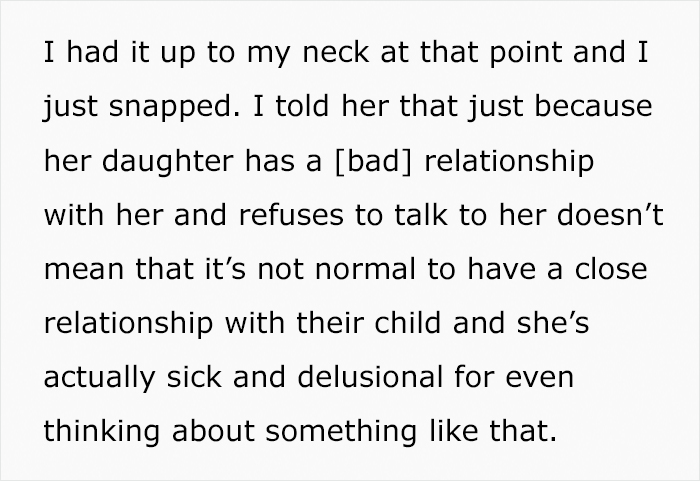 Wait, She is the one who said that you are sticking your nose in their relationship when she basically did the same thing? 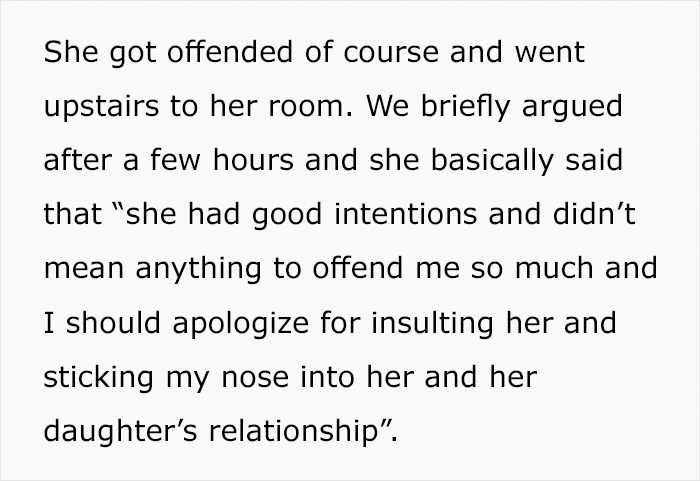 The only person who should apologize in this situation is the sister and nobody else.

“Apologize and do not stick your nose between me and my daughter,” said immediately after sticking her nose between him and his son’s parenting, freedoms, and expression of normal healthy human father-son love. THE NERVE!

NTA. Thanks for standing up for your son and for normalizing sharing affection with him and for being a loving accepting father. You’re a hero. –RinoTheBouncer

I would not like to see what is going on in her head.

She is only trying to make up excuses for her abhorrent behavior.

I don’t like to assume things but this does seem somewhat likely.

At the end of the day, it is his house and he can kick her out.

No matter how old we get, we will always be kids in our parent’s eyes.

Not many kids can say they have such an understanding and loving Father. 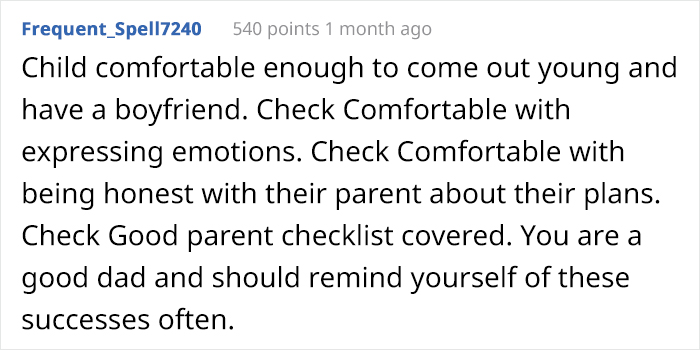 She had no right to say these things in the first place. 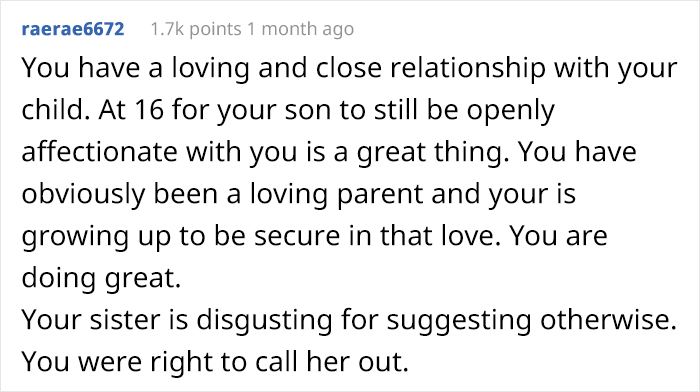 And she was clearly trying to disguise her being a homophobic behind ‘good intentions’.

Jumping on this one because yeah! Those sound like all of the sorts of comments my homophobic family would make. I feel for the situation your sister is in, but PLEASE PLEASE get her away from your son!

They might seem small but comments like that kept me in the closet for a long long time and really affected my self-worth. The other “gay cousin” in the family was straight-up suicidal after dealing with our most homophobic Aunt. The small digs like that add up to make you feel unnatural. Put her up in a motel if you’re feeling charitable! But get her away as soon as you can and watch her closely around your son!

What are your thoughts on this situation? Do you think she is homophobic or is she just plain dumb? Comment down below and let us know.