The communication gap can really form some very dramatic stories.

Let me tell you something, asymmetrical information can really cause some serious blunders in life, be it a personal blunder caused by a person not having complete information about something, or be it a corporate taking a very bad business decision because they didn’t have the complete data. Transferring information can be something very crucial. Say you are leaving the house where you had been living in on rent for some years, it would be your responsibility to let the owner know about the house’s condition so they can make the required repairs before the next tenant moves in. The same is the case in companies. When an employee or a manager leaves the organization, it is their job to train the next hired person to bring them up to speed or at least feed in all the updates in the system so the new manager isn’t faced with problems regarding stuff they have no idea about.

Today’s story is going to leave you surprised, in fact, shocked to the core, because this former employee’s workplace fired them twice without knowing that they had already quit from work years ago. You guys are going to love this one.

Scroll down below for some proper hysterics!

1. This is going to be very interesting, you can already tell just by that title.

2. Okay so the employee gave a two-week notice before leaving which is an official document that should’ve been fed into the system. Right? And abiding by the notice, they left and moved out of state.

3. Clearly there existed a major communication gap within the pizza chain as they, so confidently, fired an employee who had already left 1 year ago.

4. The manager totally denied the fact that they had quit and had moved out and actually kept threatening to fire them. He was bound to get told after that.

5. You would think that would be the end of it but no, 7 years after they had left the company, they received an official mail stating that they have been laid off for not showing up all this time.

6. This story will go down in history.

How many braincells should you have to be this dumb? An employee doesn’t show up to work for 7 long years and you still send them a notice letting them know that they have been a very bad employee and that actually terminated them for the second time. This is beyond me. But I must say, this is such a hilarious story. I hope no one gets to work with such dumb management. I mean, the whole experience probably had no worth in OP’s life but it must’ve got a really good laugh out of them.

Here’s what the community member had to say about the whole drama:

7. Greesy and stupid both at the same time.

8. Wow, so OP’s experience wasn’t a one-time thing. This person was also an employee after quitting years ago. 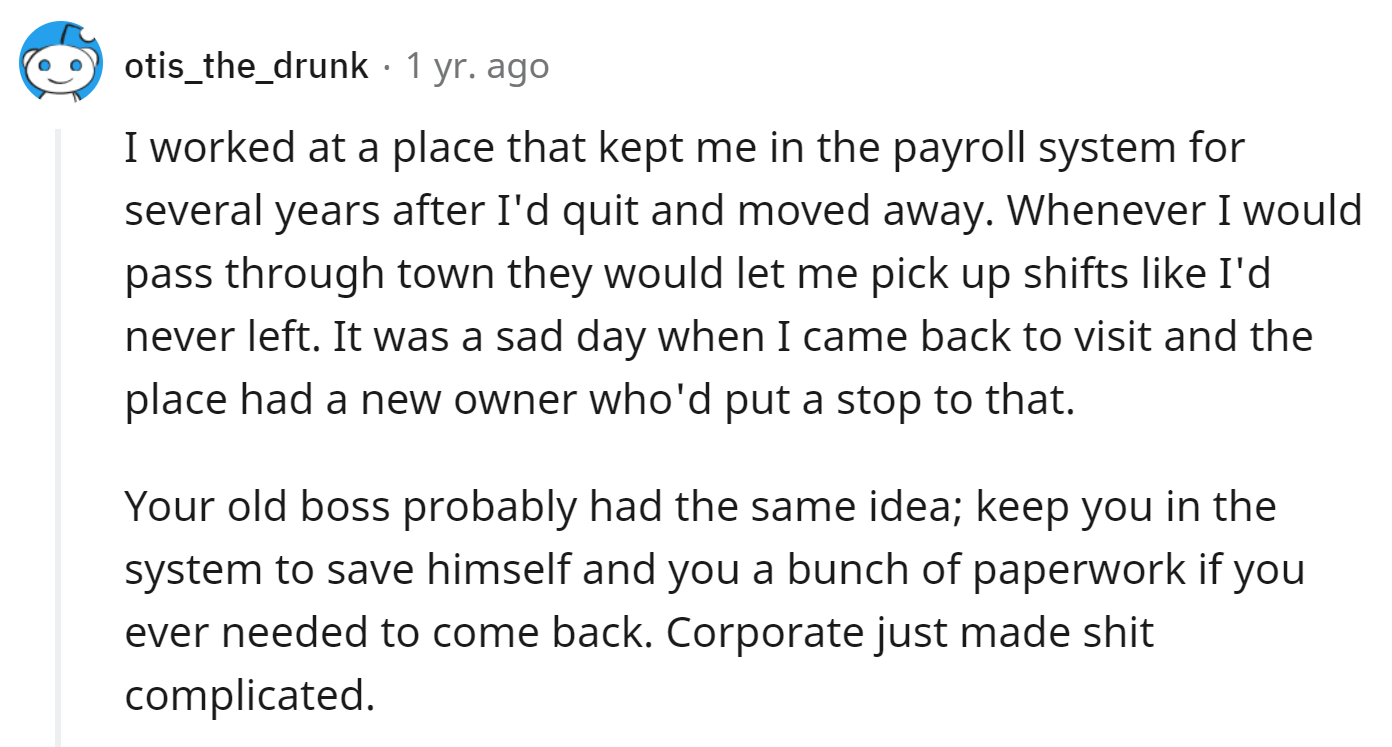 9. Okay this one actually makes sense, they have an option to return so it makes sense to keep them in the system. If I’m not wrong. 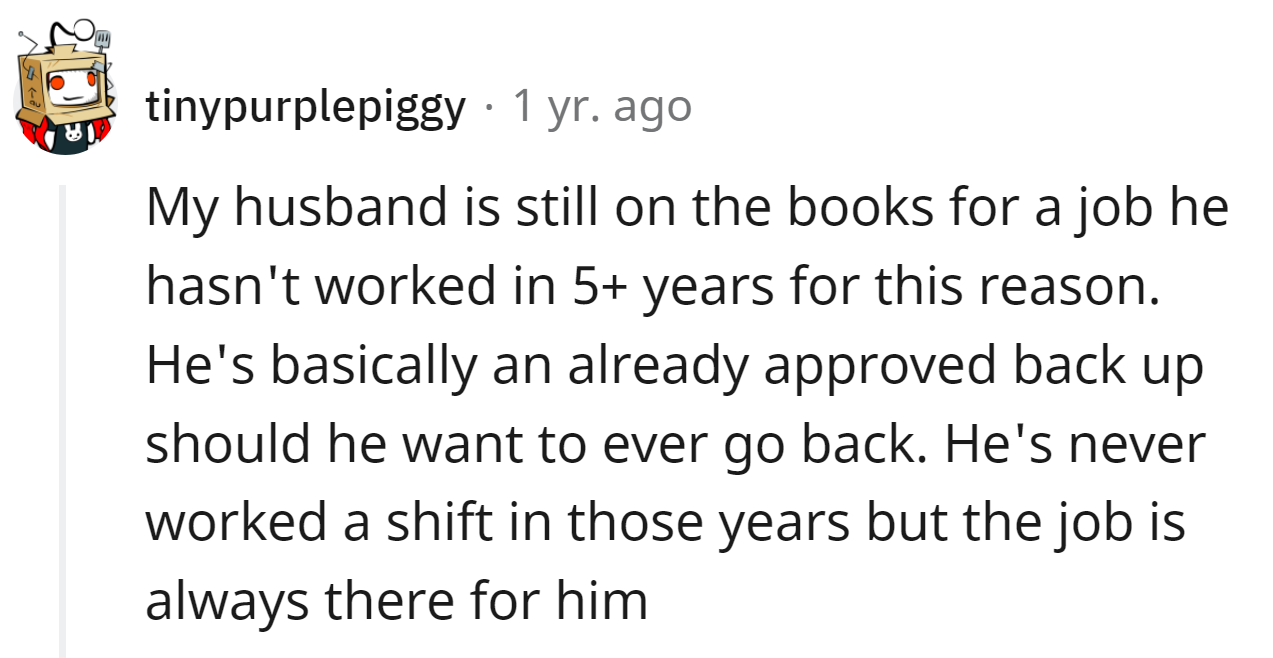 10. I think they passed on that ideal opportunity. 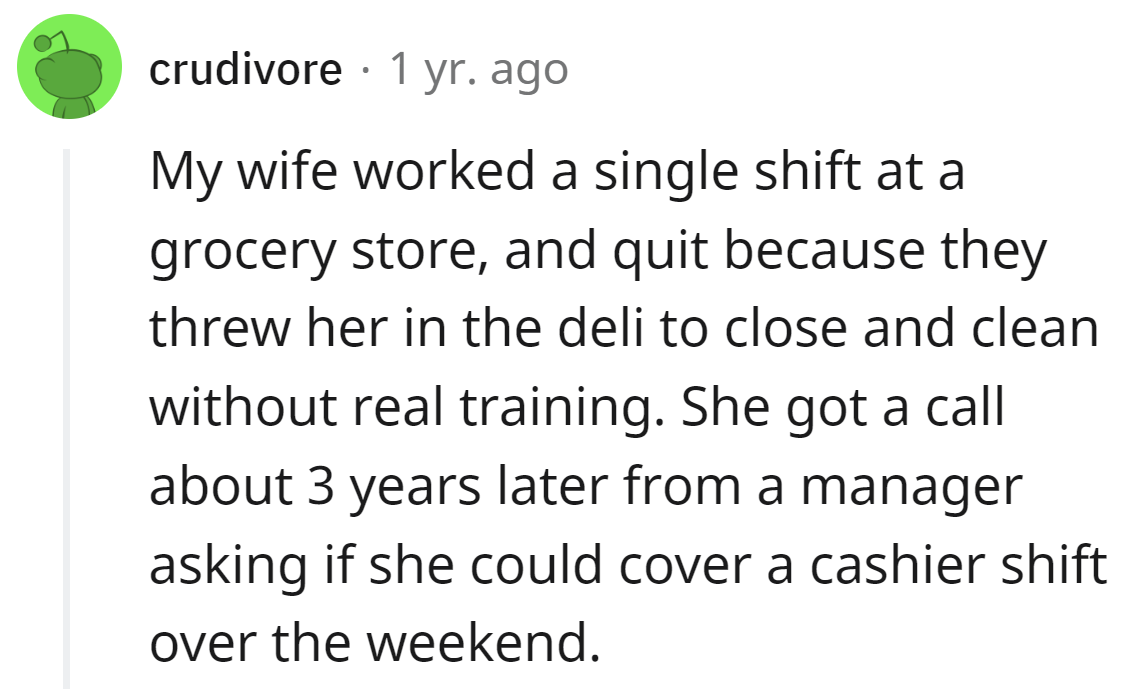 11. This is what being lazy costs you. 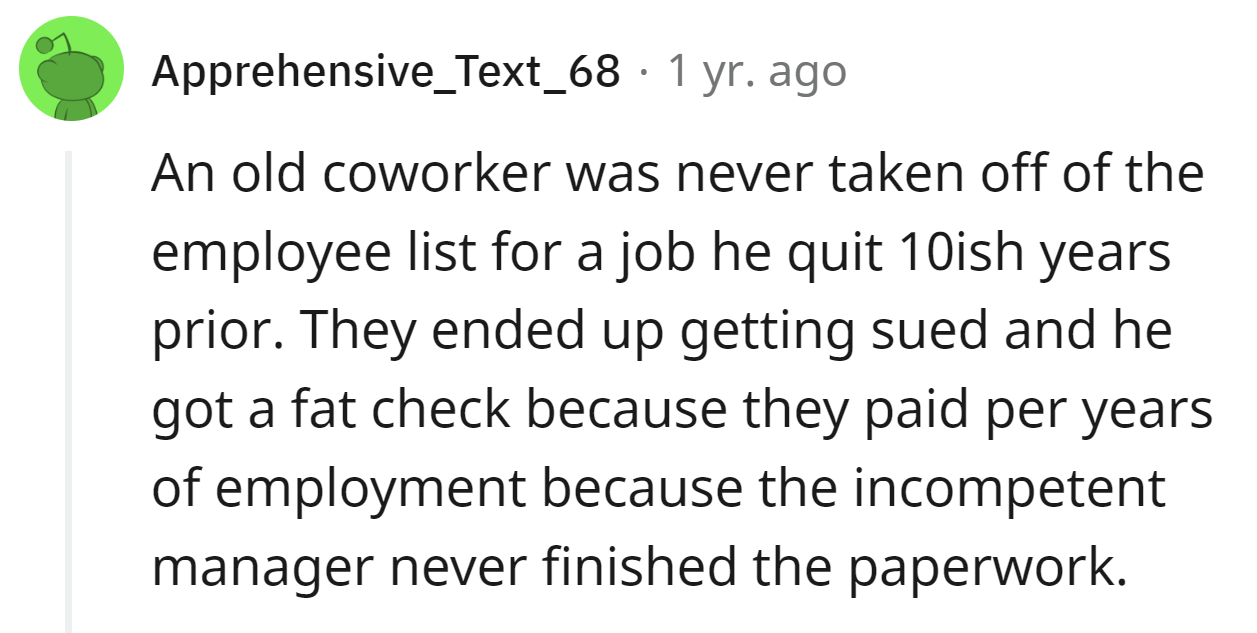 13. I mean, they are just hilarious phone calls that he would probably receive throughout his life because the management was too lazy to take him off the system. I wouldn’t mind that.

15. This is actually very solid advice. The world “Terminated” can really infect a CV.

17. You just cannot win against idiots, it is as simple as that.

18. I think this comment sums up everyone’s emotions after reading this story.

What do you guys think about this? Have you ever been in such a situation and how would you rate the mental capacity of the company that OP worked for?

We really hope you guys enjoyed this one. I know we love dramatic series here. Don’t forget to share your thoughts in the comments section down below.