We have come across so many entitled people making ridiculous demands and we always think, how can they actually stoop to this level? I mean how much of a low IQ level should you have to make such demands? Or either they think the world is just too stupid for them and people would easily just accept their requests out of the blue. It’s truly amazing how they think that it’s completely “okay” to make such requests without even feeling embarrassed about it. But you know what? You should not deal with these people with anger but rather give them a taste of their own medicine.

We came across a perfect example which we can follow to teach these kinds of entitled people a lesson. A musician who writes personal songs for couples as per their request shared a story of how he came across a ridiculous request by an entitled person who asked him to write an “about us” song for his business, that too, free of cost. Yep, you read that correctly, an “ABOUT US” song, free of cost! As hilarious and frustrating it sounds, the musician dealt with the request wisely and responded to it in a remarkable way which left us in fits of laughter!

Let’s go ahead and see how it went down!

1. So, this entitled guy sends a message to the musician.

At first, everything seemed normal because I actually thought if he’s making such a request, he’d make an offer the musician can’t refuse but well… that’s not how it happened.

2. He actually had the audacity to just ask the musician to write an “about us” song in an exchange for exposure! 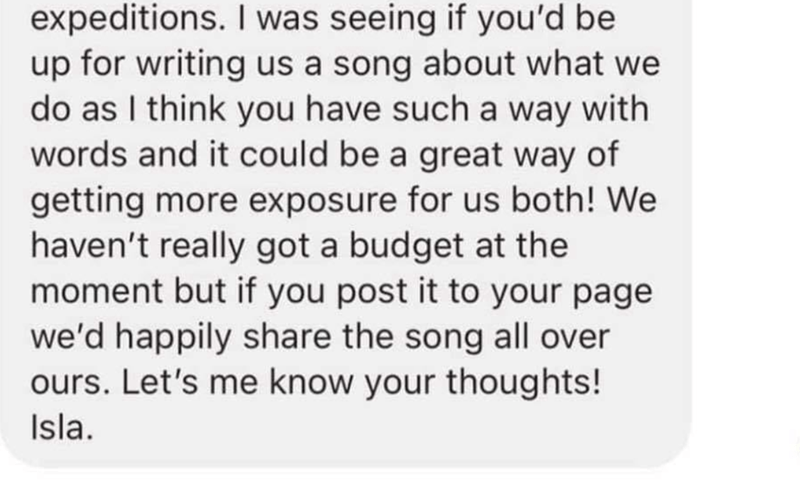 As if he was running a Fortune 500 company and the musician would start getting a lot of work. I mean come on, man! How lower can you stoop? Don’t these people have any level of dignity at all?

3. But I absolutely love how the musician decided to respond. 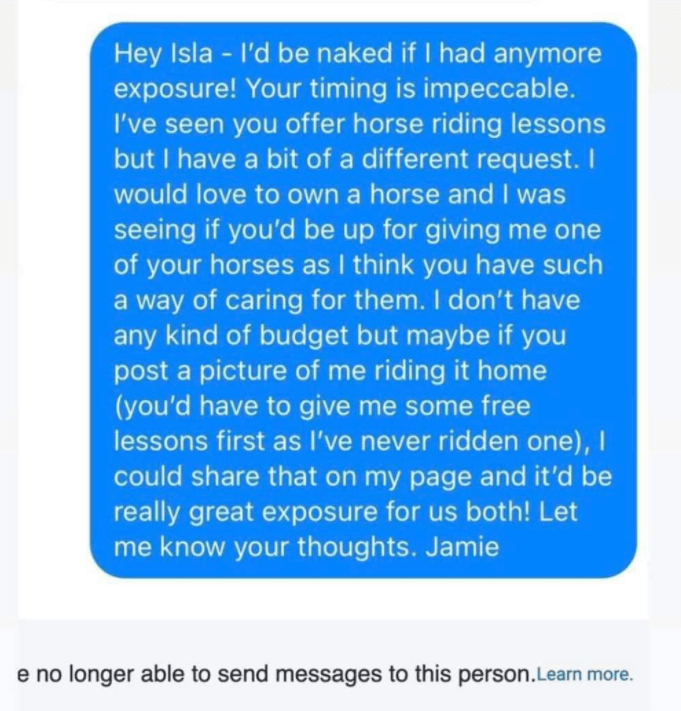 That’s how you respond to an entitled person! This is how you give them a taste of their own medicine and they just end up blocking you.

4. People loved the post and some even shared similar stories! 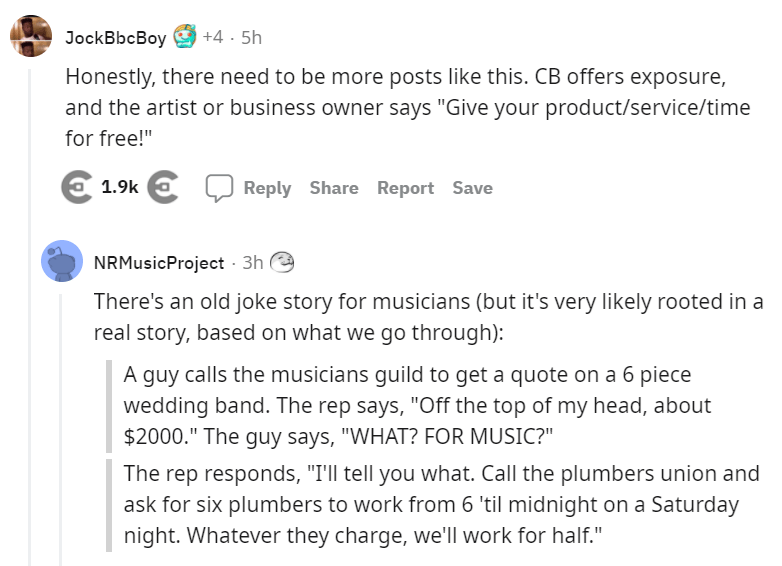 Honestly, that was truly hilarious AF! It’s ridiculous how people think that musicians should come free of cost!

5. I think the musician responded to it in an extremely savage way! 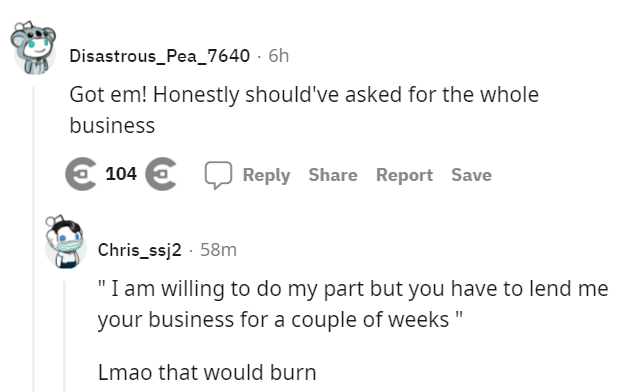 If he hadn’t, he wouldn’t have been blocked.

6. Some people even thought of it as a perfect “template” to respond. 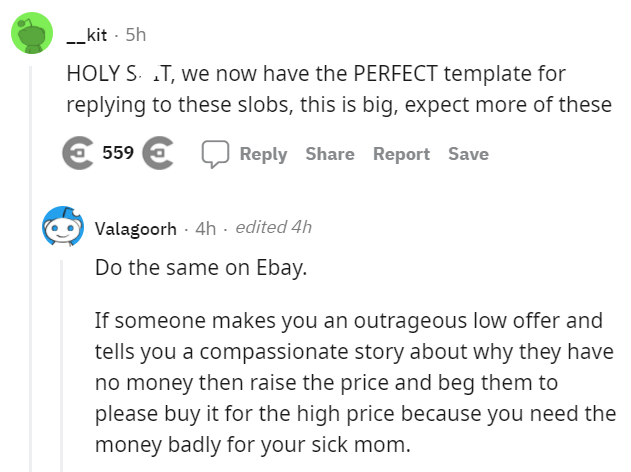 I am definitely going to use that on eBay!

See, that’s how you should respond to entitled people and you can even use this as your primary template whenever you meet with such a ridiculous request by an entitled person. Do you think there could have been a better way to respond or the response could have been more savage than it already is? Feel free to share your thoughts and suggestions down in the comments below so we can have more templates!