What if you get into a situation where someone else occupies your seat?

There are all sorts of people in this world and this kind of person can definitely annoy you to a great extent. I don’t understand, how can people be so inconsiderate and just occupy someone else’s seat without even taking their permission. It’s not only against the ethics but extremely rude as well. At first, I used to think it’s mostly the younger generation which lacks some basic etiquette but nope, it’s the older people as well! They love taking advantage of their age and would consider themselves untouchable!

I came across a similar post on Reddit where a lady shared a story of how an elderly lady “Karen”, as she would call it, just stole her seat while she was away to get some food. The lady didn’t think that anyone would occupy her seat if she puts her stuff on the seat and quickly go to grab some food but boy was she wrong about that! This Karen had the audacity to occupy the seat while tossing the lady’s stuff aside without a care in the world. But this lady surely knew how to get deal with the situation in a wise and smart manner. It’s an interesting read, give it a go! 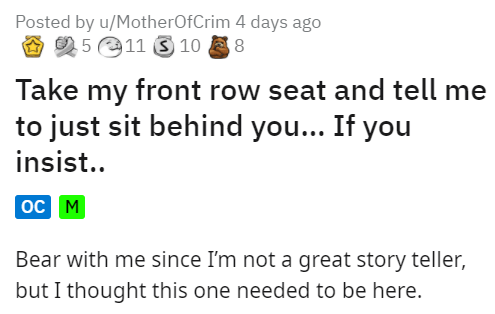 She’s just being humble I guess.

2. How can we even expect our seat to be taken by someone else if our stuff is lying down on the seat already? 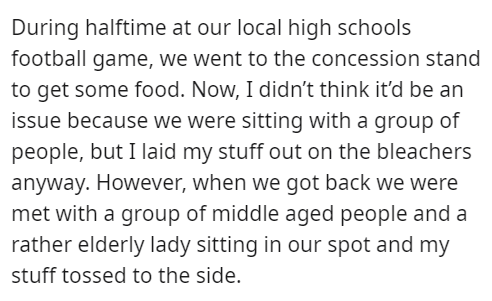 It’s like some people are just asking for it! And in this regard, the lady clearly thought that she’s older so she’s the rightful owner of the seat!

3. Look at this Karen acting all smart as if she didn’t know that someone else has been sitting there. 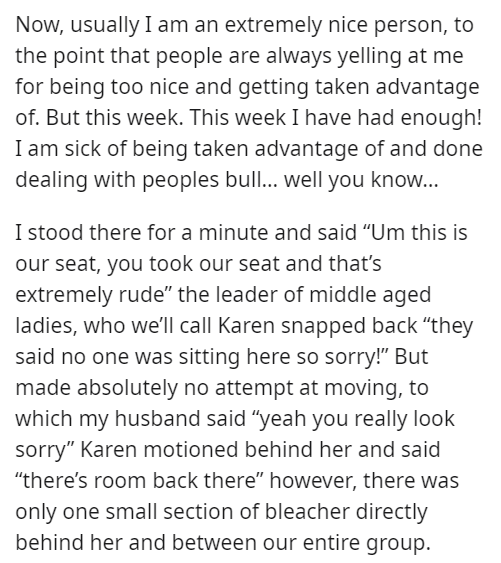 I mean she literally tossed out the lady’s stuff aside to sit and now just look at the audacity.

4. Now that’s what you call a solid move! 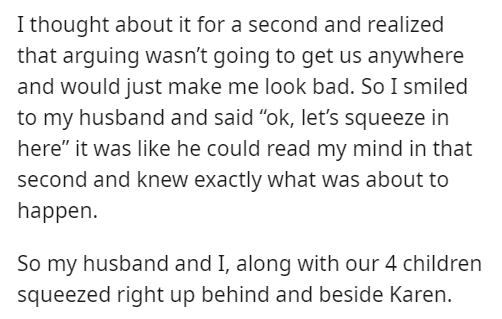 You don’t and should not argue in situations like these but should rather act smartly and this lady knew what she’s doing. Kudos to the husband too for being the partner in crime! 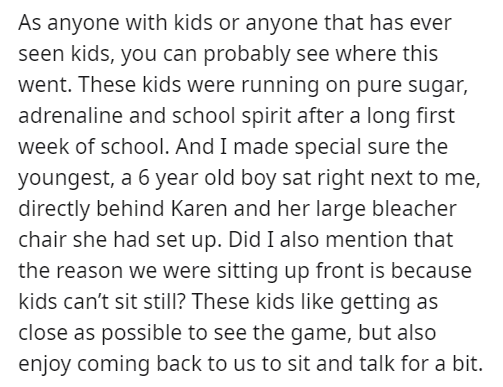 We know how kids can get absolutely crazy during a game or an event! They would run around and make noises until it starts giving us a headache but can we do anything about it? Nope, we can’t.

6. This lady just decided to let her kids loose and do whatever they wanted. 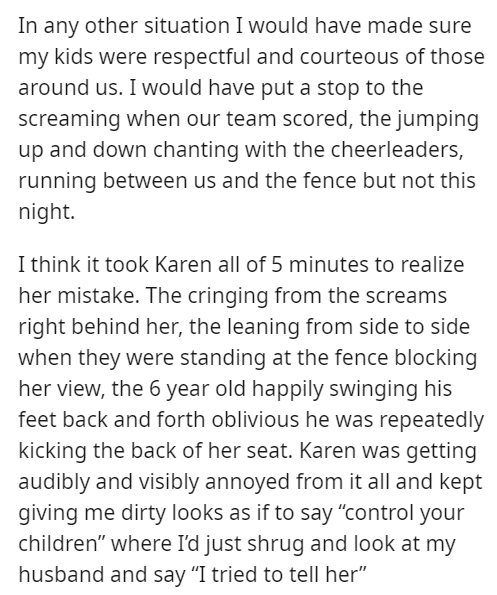 That’s when Karen starts to realize that it was a mistake but I’m still amazed how she took it onto her ego and thought to just sit there even after getting annoyed. Jeez! Some people never fail to amaze me! 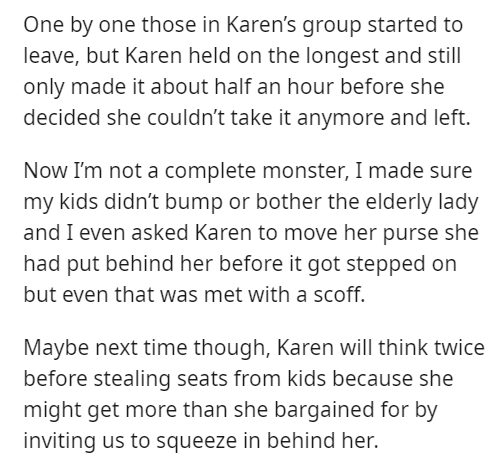 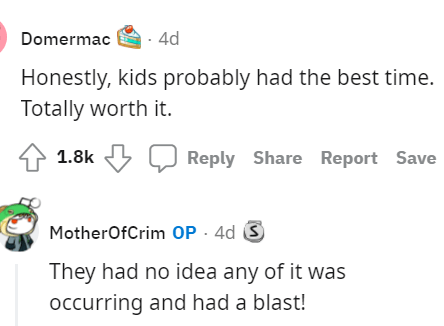 People who read this story should learn from it and should never occupy someone else’s seat without their permission. What did you think of this story? Do you think it was fair revenge? Let us know about your thoughts and opinions down in the comments section.