Have you ever spoken to someone for the first time and thought to yourself “Wow, they’re entitled as heck.”

It is clear that some people have never been told “no” ever since they were kids. And even if they were rejected once, they would throw a tantrum or come up with ways to get a “yes” out of someone. Parents need to tell their kids “no” when they make unreasonable demands so their children can learn how to take rejection. When parents don’t do that, children like the one in this story are born as a result. This might work while you are a child, but as soon as you step into the real world, you are going to have to taste the bitter reality of life and the harsh treatment of people who will not tolerate your entitled behavior. I guess some people just have to learn things the hard way. The world does not owe you anything.

This kid contacted a carpenter to have a custom desk made and asked how much time it would take. The carpenter replied with 2 weeks because it was impossible for him to make it while he had other projects pending. The kid threw a tantrum and even tried threatening the carpenter, but to no avail. Scroll down below to read the whole conversation:

The kid wanted a custom desk made for his ease of gaming. 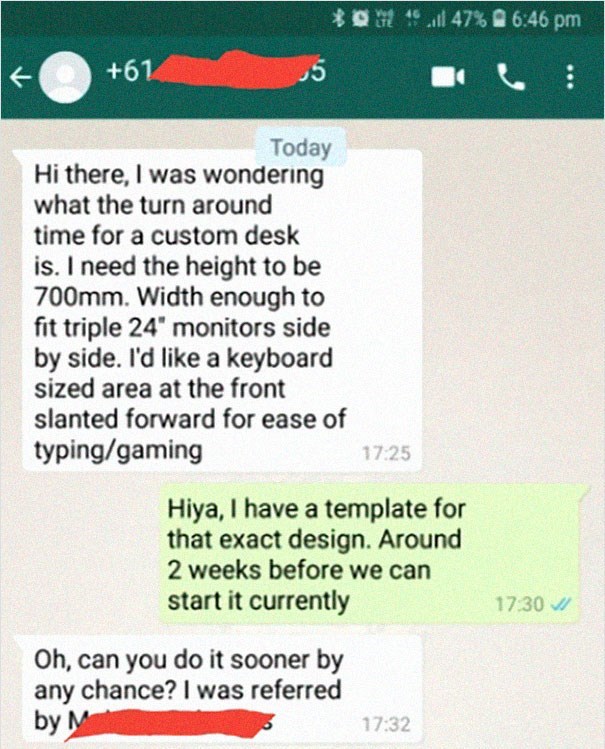 When he was told it would take 2 weeks for the second time, he threw out a subtle threat. 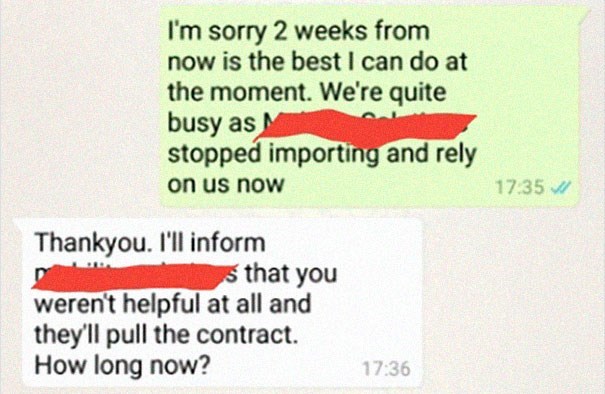 However, the carpenter stuck to his word. 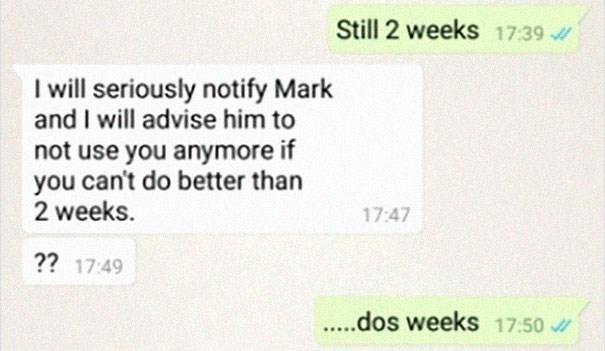 The kid was still insisting, so the carpenter decided to handle it maturely.

He called the man the kid was referring to.

He told the kid what his conversation with the man was. 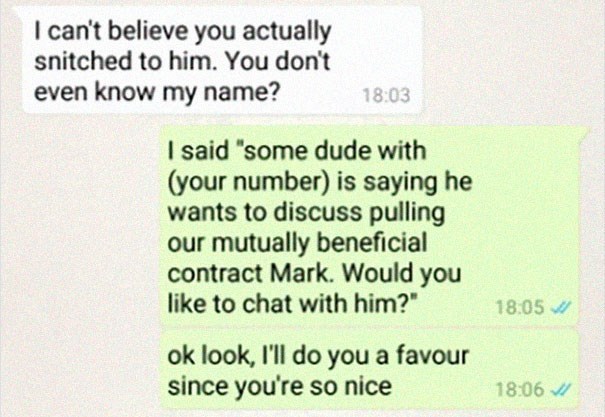 But later on, he just decided to troll the kid a little more. 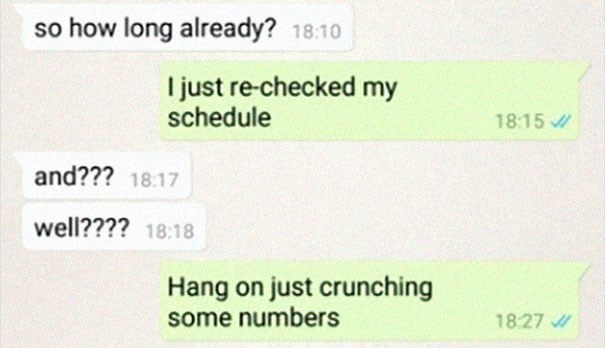 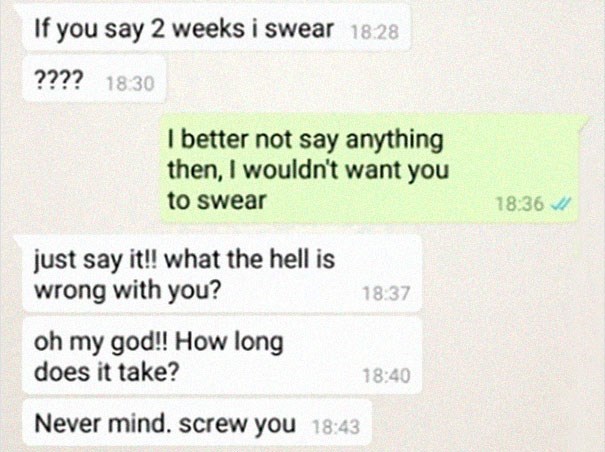 Now, that is what I call a spoiled brat. He doesn’t have the manners to talk to someone and his highly demanding attitude is extremely repulsive. If you ask someone how much time it will take them and they give you a time that doesn’t suit you, just accept it and move on. What’s the point in offending someone while also insisting them? This kid needs to grow up already. Scroll down below for the rest of the story:

Finally, Mark contacted the carpenter to ask for a favor for the kid’s dad on his behalf. 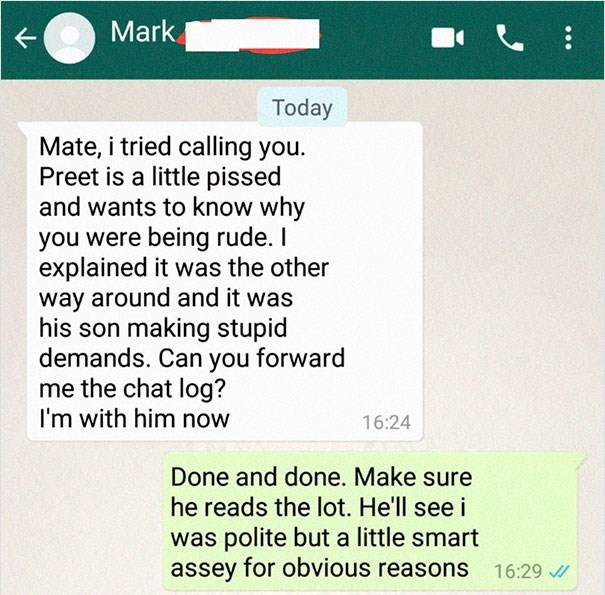 He apologized for the kid’s behavior, but the carpenter explained why it will take him two weeks, and Mark just let it be after that. 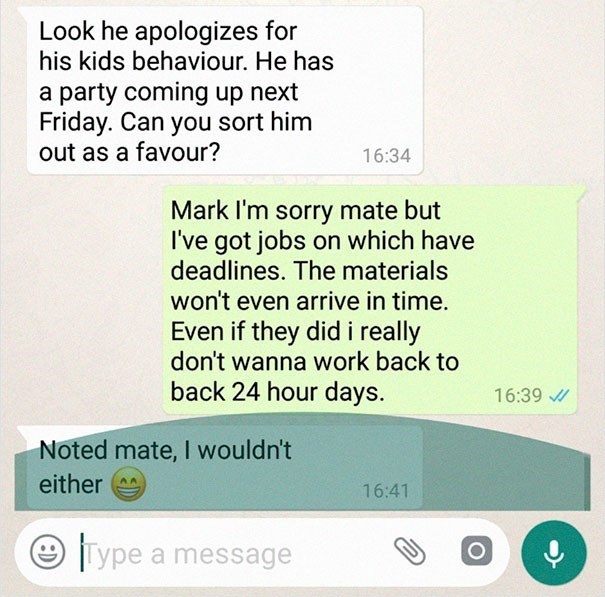 However, the kid decided to contact the carpenter again. 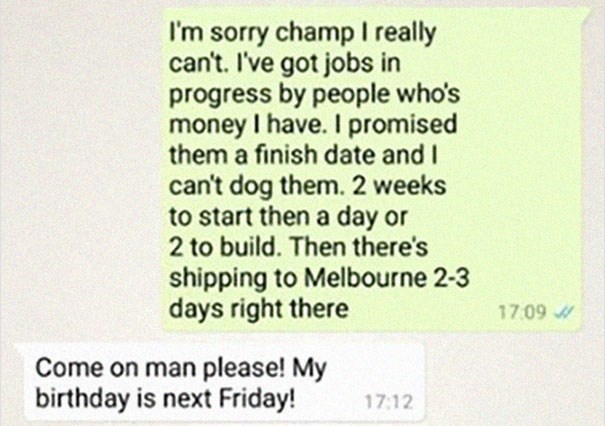 The carpenter had enough of the kid at this point.

And “get rekt” was the kid’s response. 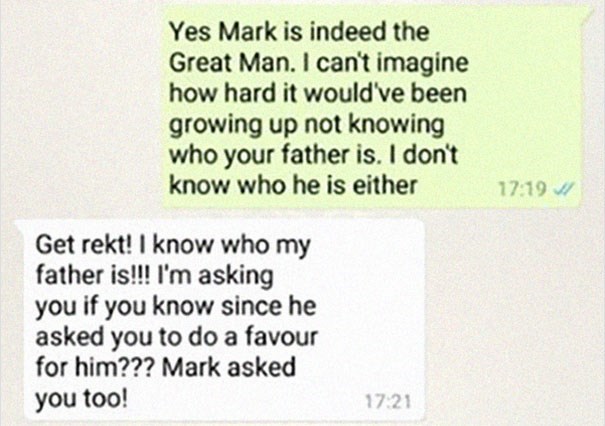 In no world is this kid 19 years old. 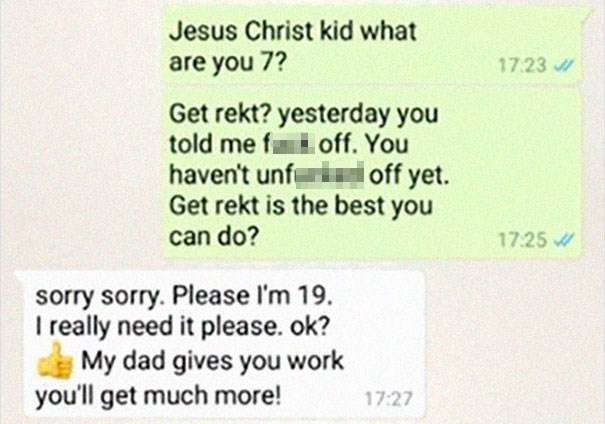 This is when the carpenter got serious and the kid started apologizing. 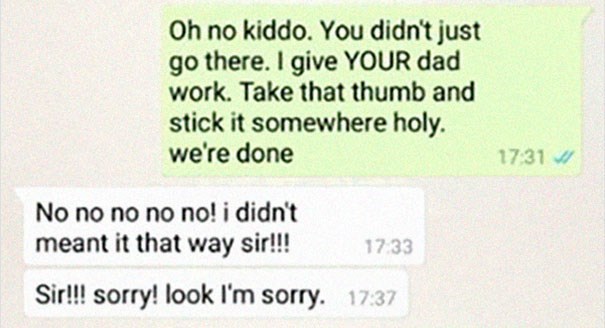 But the carpenter took his revenge by trolling the kid a little more. 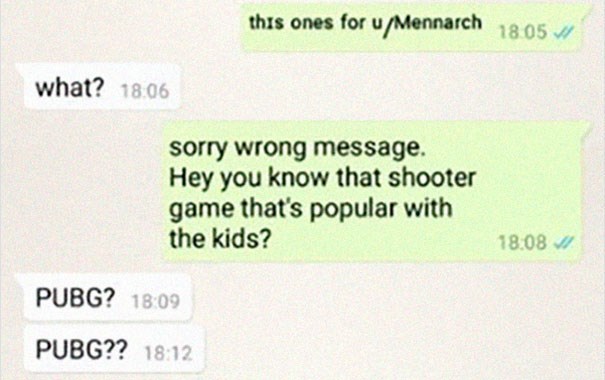 A perfect ending to the story! 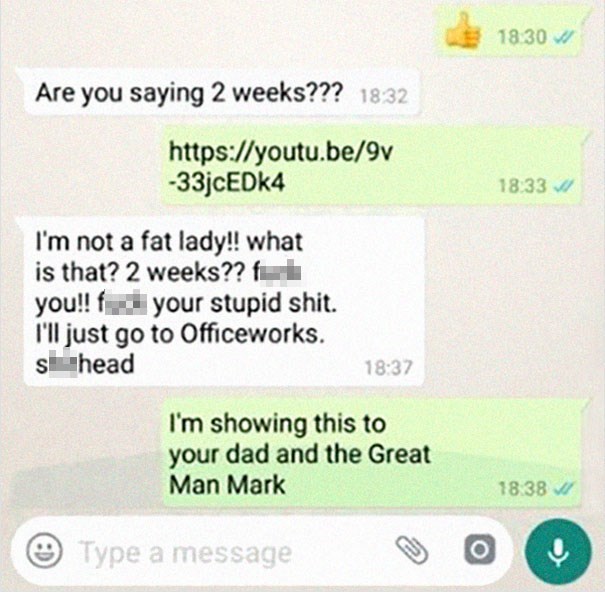 Did this make you chuckle? Have you ever encountered someone highly entitled? Share your experience with us in the comments below.