This is one entitled guy.

I have read many stories after being on the Internet for so long. However, this guy just might take the cake for being the ‘king’ of entitlement. You see, he apparently wanted red lobster and couldn’t afford it himself. I personally have been there where I wanted something but didn’t want to spend so much money. Although this guy took it a bit further and asked his girlfriend to buy it from him.

And when she refused by saying she couldn’t afford it, he went off on her. I can’t understand how people can be so entitled as to make someone feel guilty for not spending money on them. He didn’t stop there though as when she put him on blast on Twitter, he just had to fight back. As you can probably imagine, that did not go well.

This is the girl behind all the text messages. 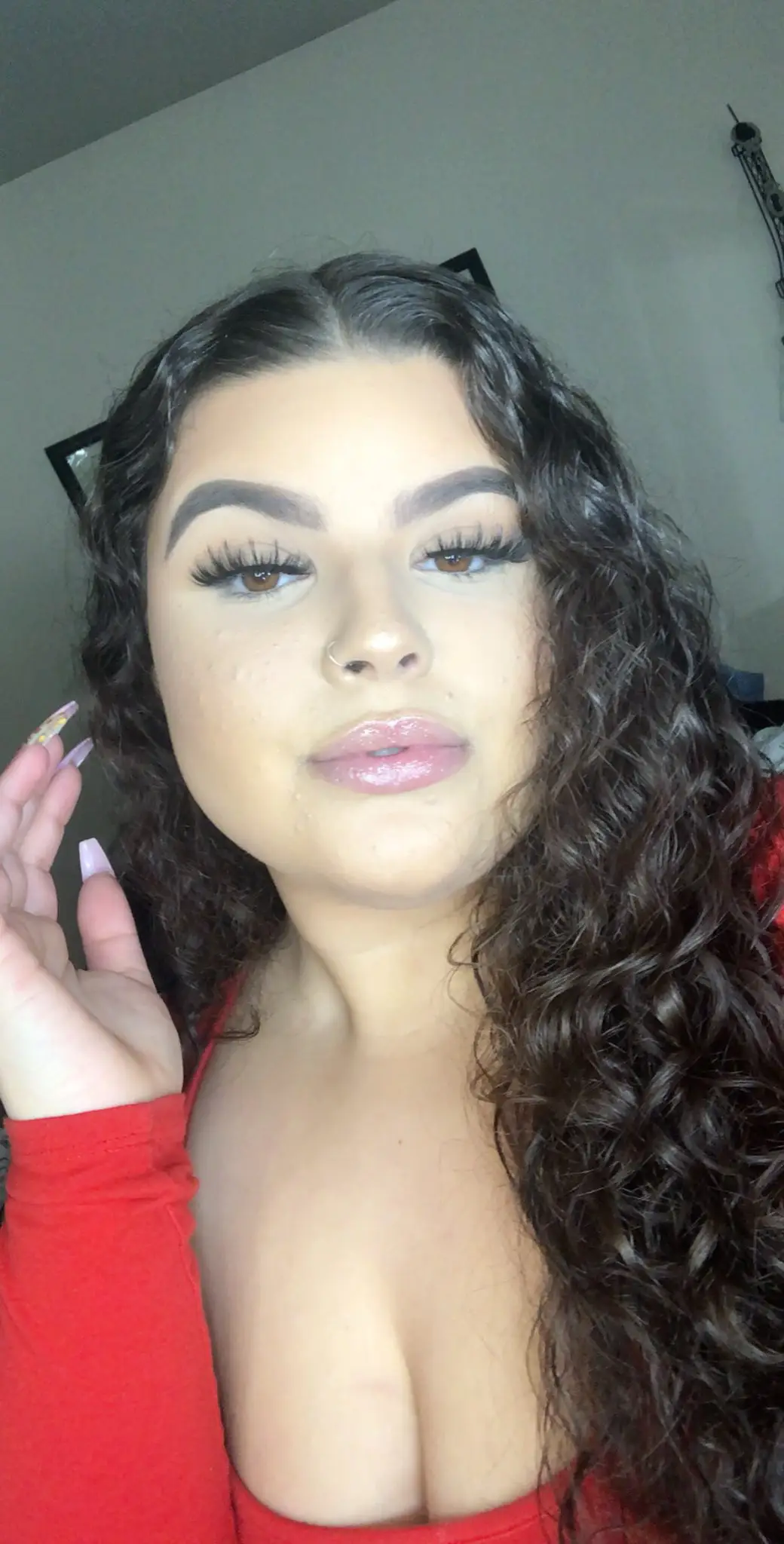 And this is where it starts. 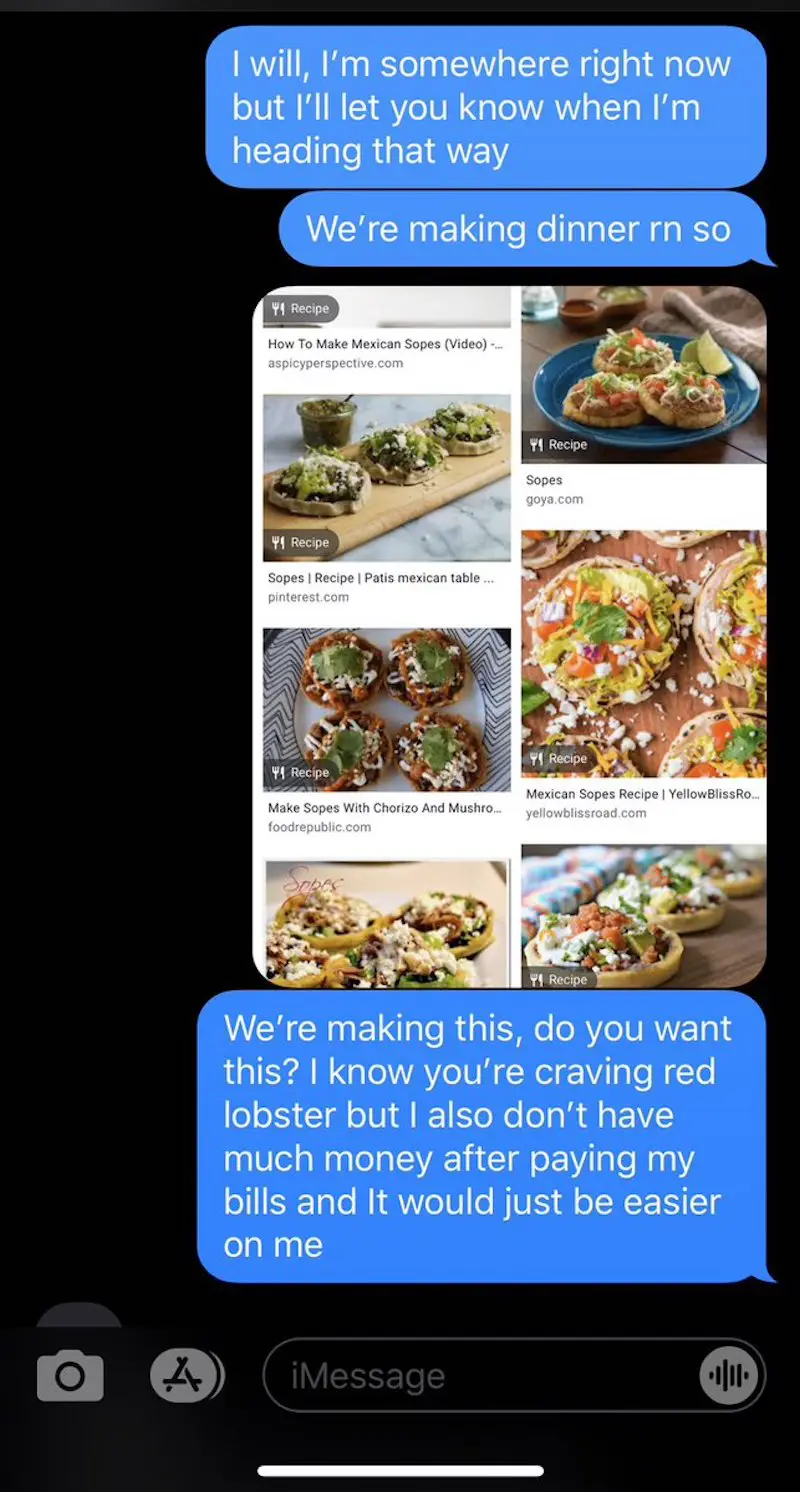 I mean she did offer to make him something delicious but he wasn’t having it. 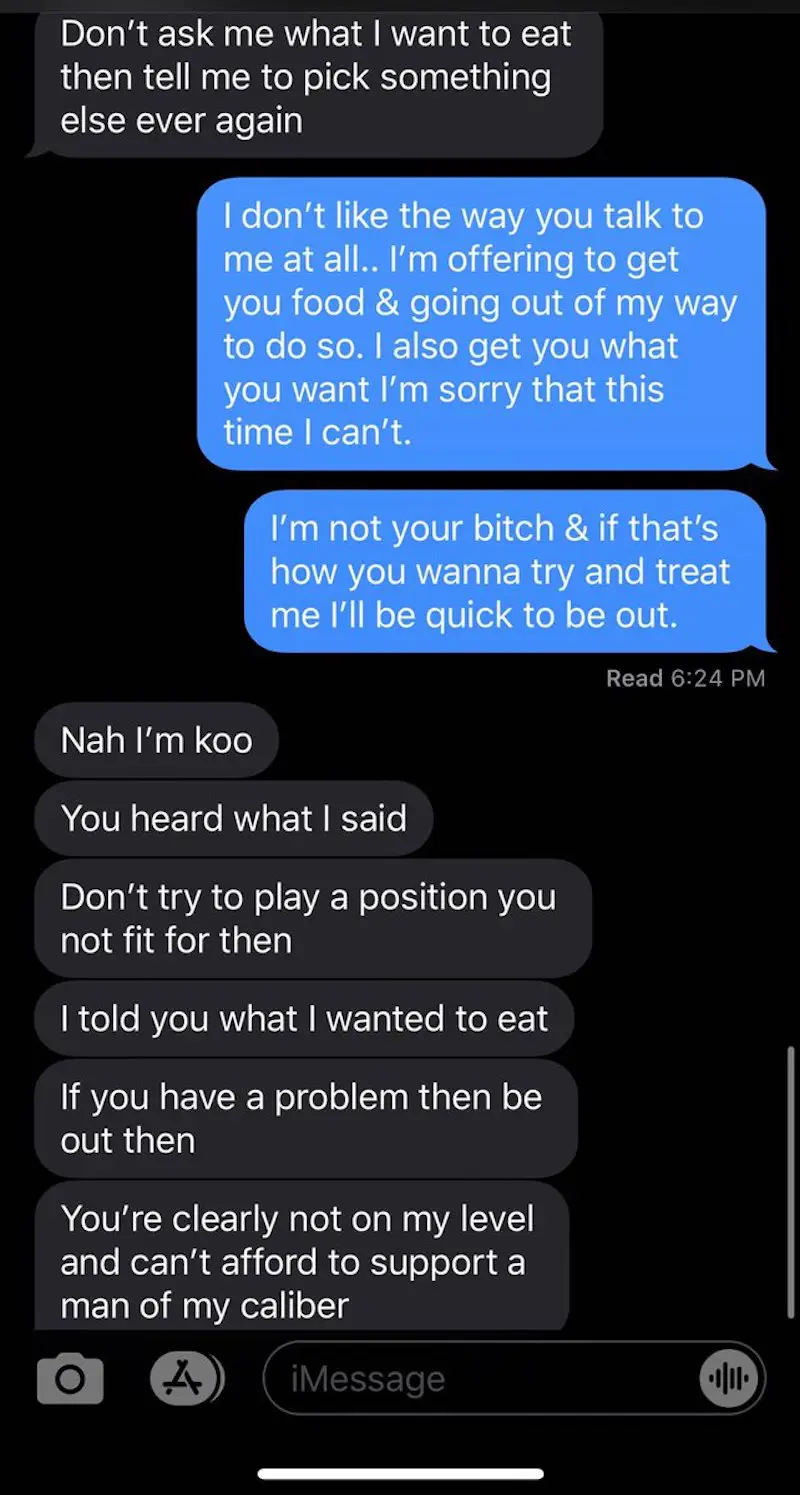 How is he a king in any sort of way? I don’t think he understands what self-realization means. 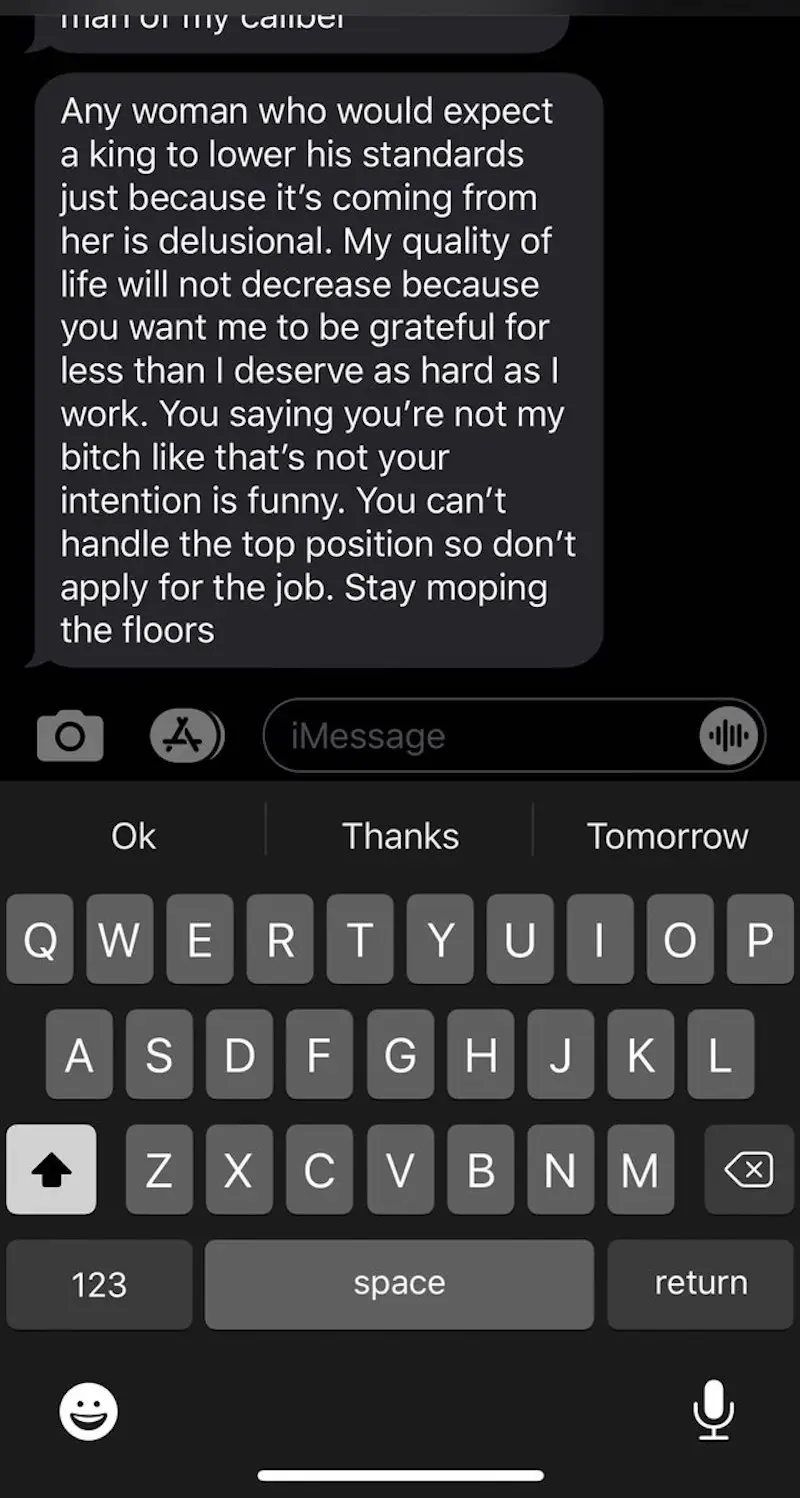 Then he went on to insult her even more and propping himself on a pedestal along the way. 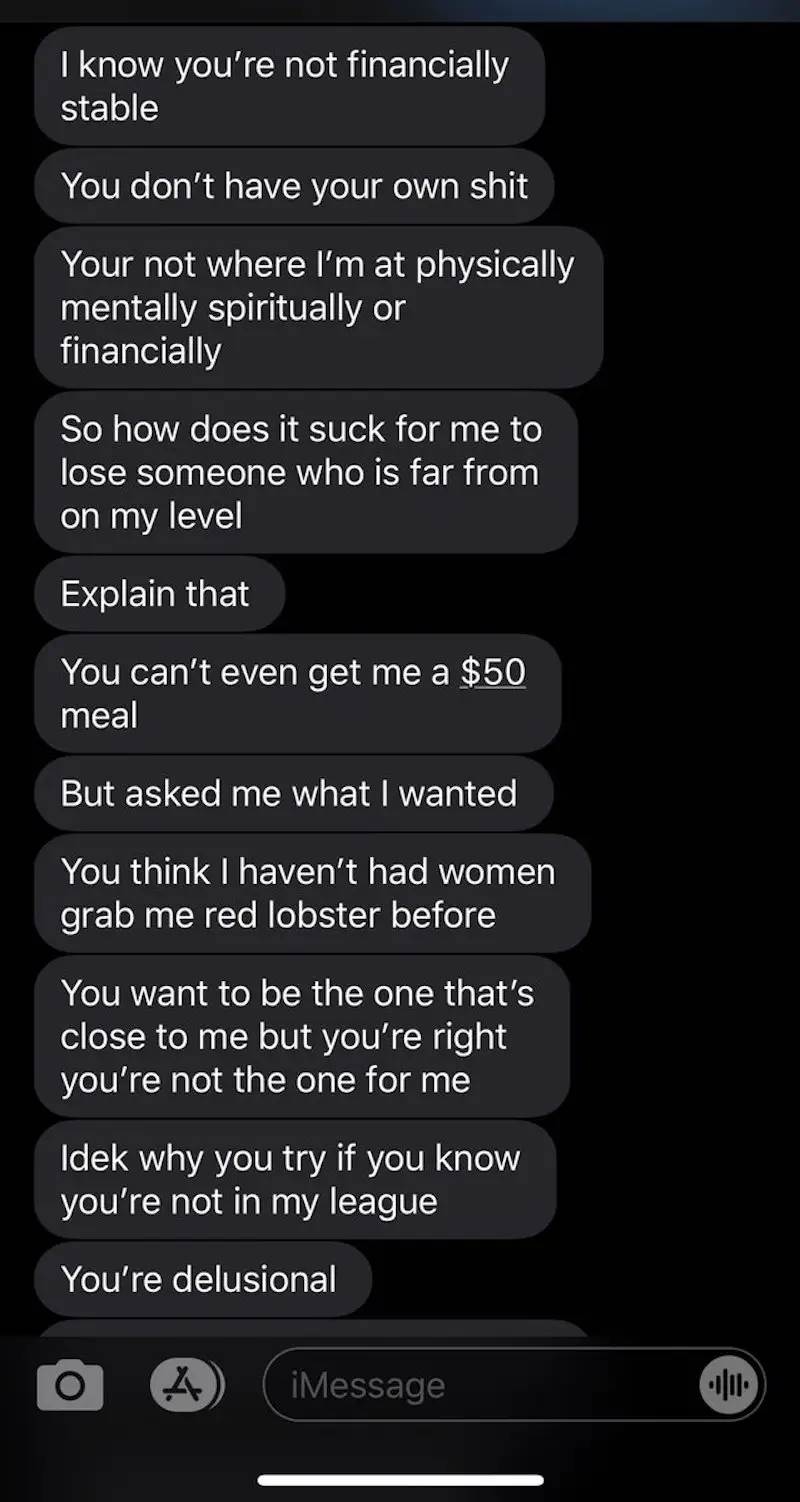 If you deserve to eat it why not get it yourself? It’s not that hard. 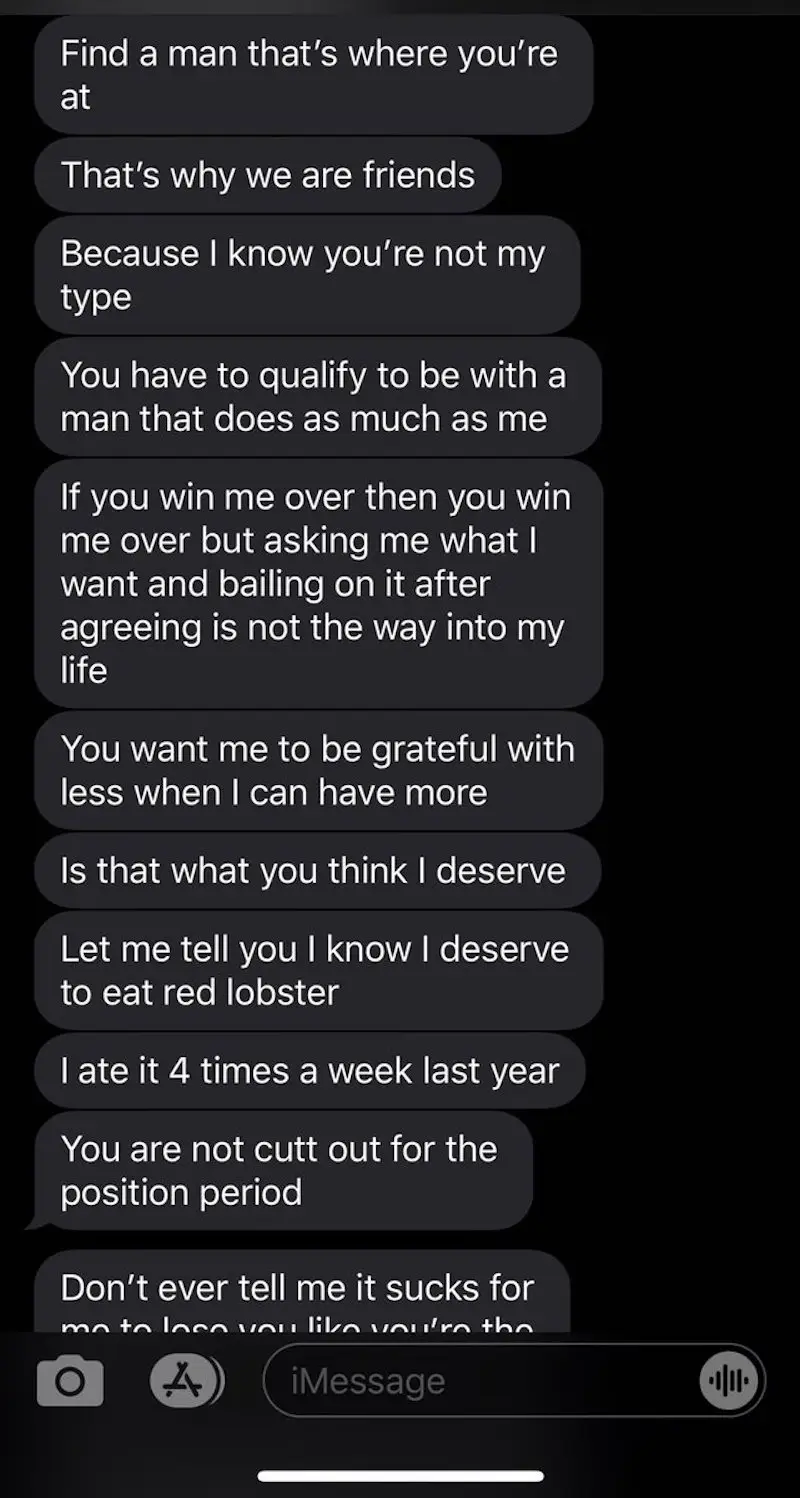 He is however a real prize that I am glad she didn’t win. 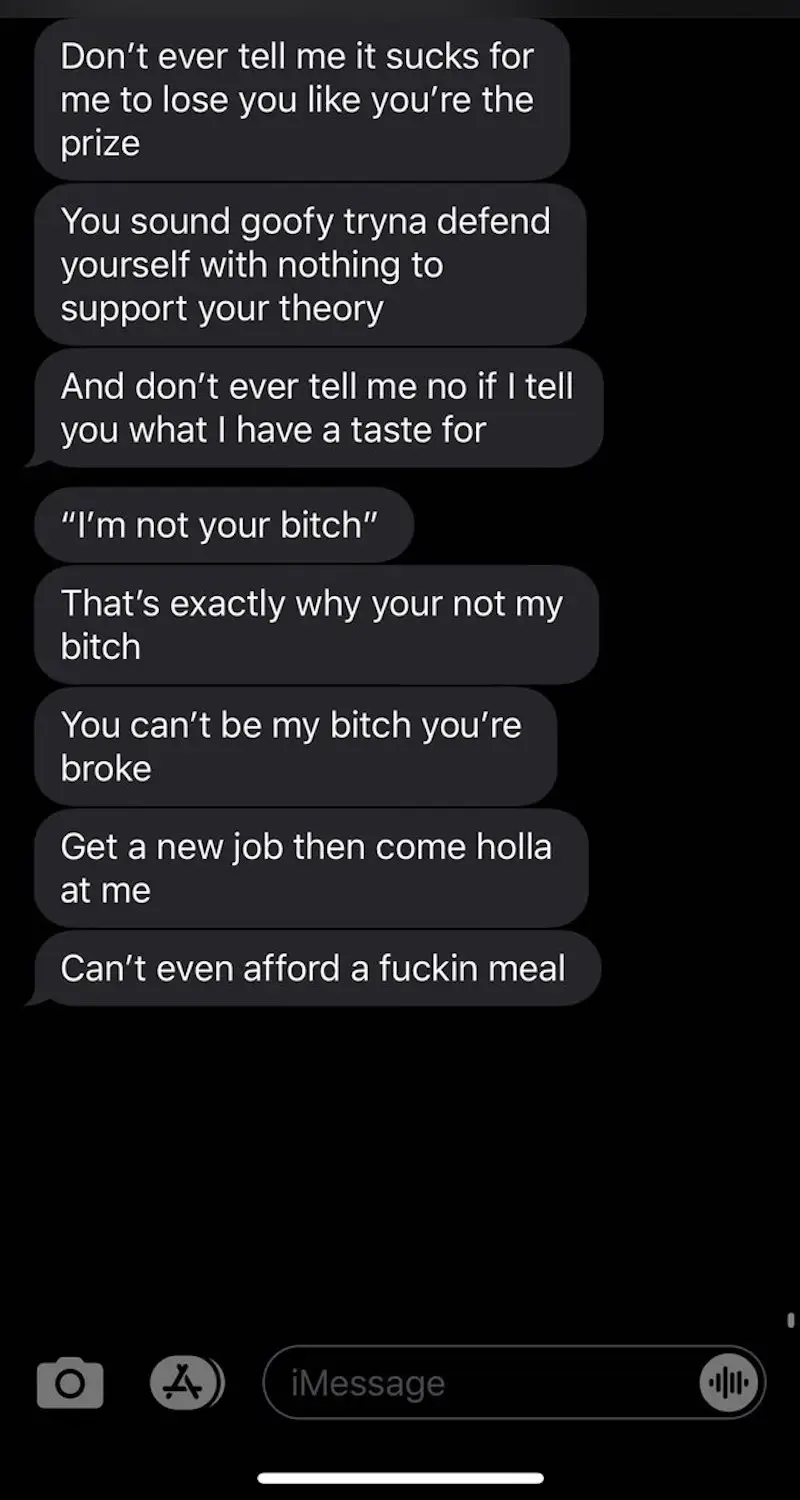 Find a man that’s where you’re at.

That’s why we are friends

Because I know you’re not my type. You have to qualify to be with a man that does as much as me. Let me tell you I know I deserve to eat red lobster. I ate it 4 times a week last year.

That’s exactly why you are not my b-tch. You can’t be my b-tch you’re broke. Get a new job then come holla at me. Can’t even afford a f—in meal.

She went on to explain what was really happening behind the scenes. 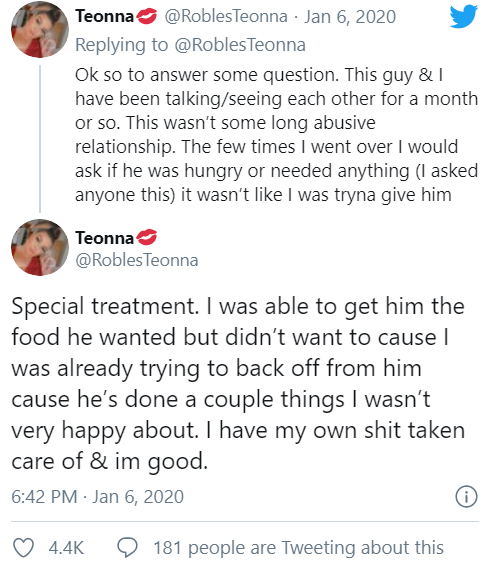 She obviously made a mistake in trying to care for this guy. 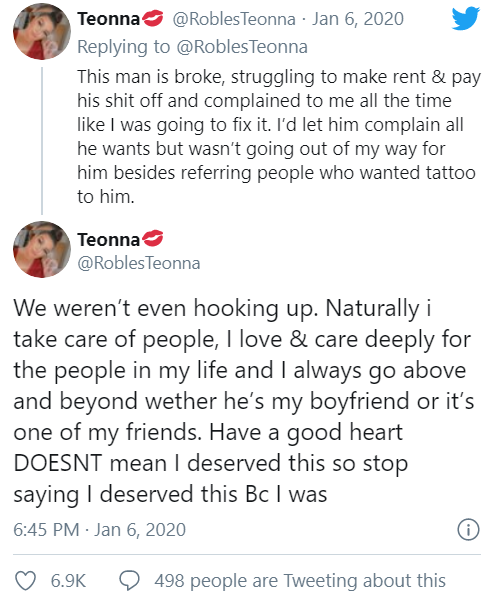 However, she quickly got out of it which is good. 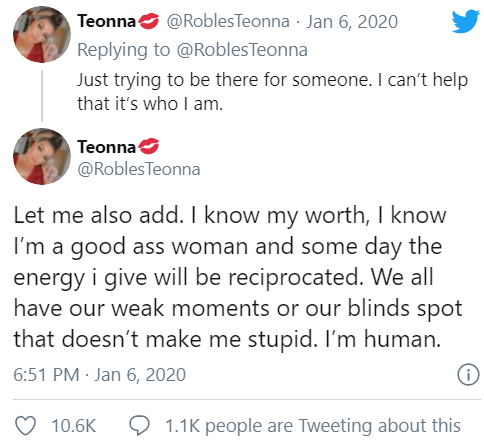 You would think this is where it would end, but we have a lot more to go through.

Block him asap….textbook narcissist. He’s projecting all the insecurities onto you, he devalued/humiliated you and wants you to go through his “test and confirm” nonsense to see if you “qualify” and win him over. He’s emotionally immature and why is he obsessed with red lobster? -Auntie

Which didn’t really help him at all if you ask me.

Even Chrissy Teigen joined in the ridiculous drama to give her two cents. 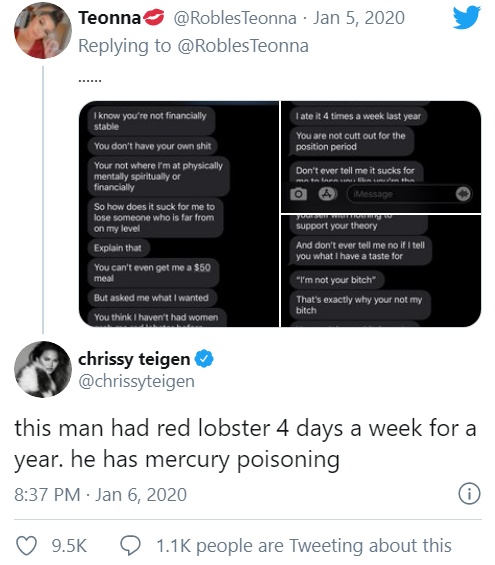 I don’t think anyone can afford this man and nobody wants to either. 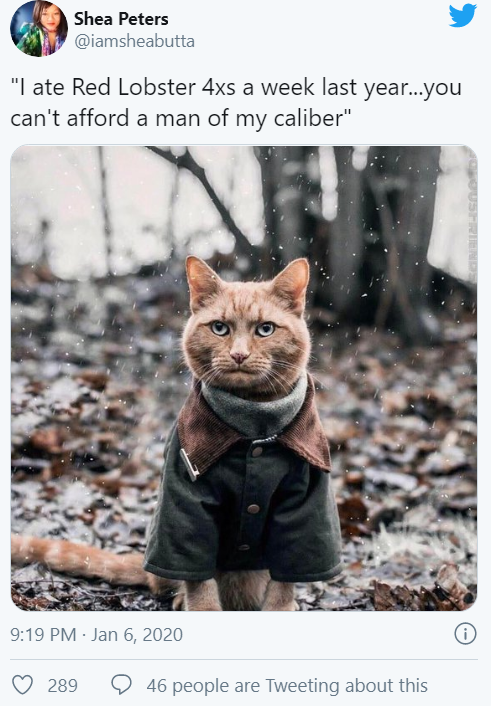 If Rihanna is a big fan, I think it might be better than Nobu. 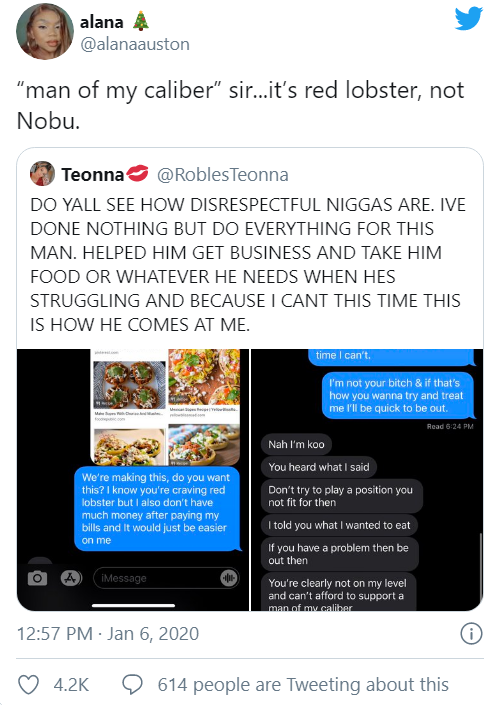 He shouldn’t treat you like that at all. It’s a bunch of women out there who shouldn’t treat men like that too. Moral… Let’s all treat each other with respect especially when good people looking out for you. -Nate

He apparently somehow made $650 in a day but couldn’t buy his own meal.