Superheroes have become a sort of a staple in modern media. It seems like you can’t go two steps in cinemas these days without hearing about or looking at something depicting superhero culture. And this is great for so many people around the world because what used to be a trait or personality type that was bullied or belittled, has now become a mainstream common depiction. It’s helped a lot of people in many ways because seeing your superheroes on the big screen makes you want to become them yourself.

That being said, they’re still fictional, and bringing them to the real world in everyday situations is still not something that’s happened. When was the last time you saw someone in tighty-whities running around saving people from trouble? And you don’t live around the corner from comic-con. Well, there might be a good solution that bends reality a little bit. Photography has unique tools that allow you to bring what should not be real into the real world. One of the most powerful tools photography has is forced perception.

#1 The whole gang’s together 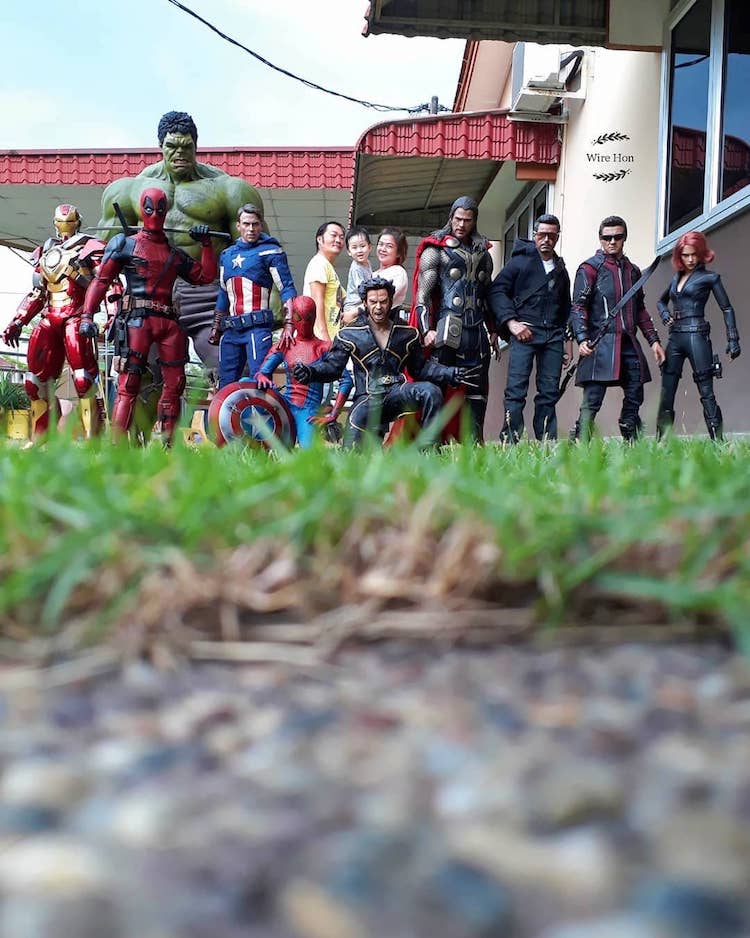 Stan Lee had a lot to say about his involvement in creating superheroes.

Nobody, outside of our own little circle, had a good word to say about comic books. To the public at large, comics were at the very bottom of the cultural totem pole. They were the kind of team I had been longing to write about. Heroes who were less than perfect. Heroes who didn’t always get along with each other, but heroes who could be counted on when the chips were down. Bigotry and racism are among the deadliest social ills plaguing the world today. As true today as it was in 1968. 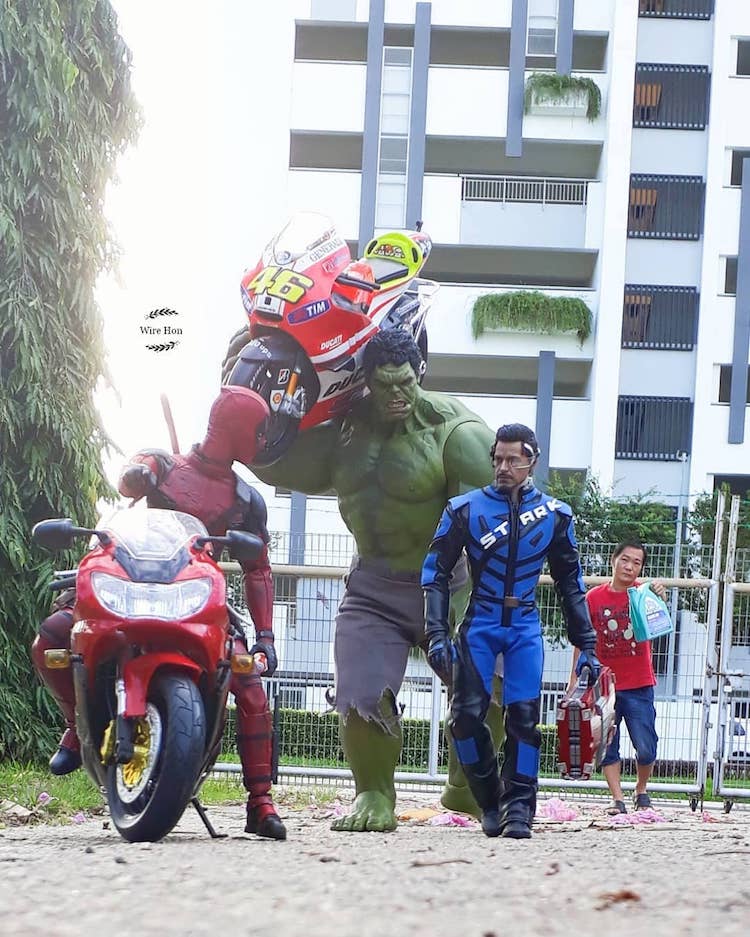 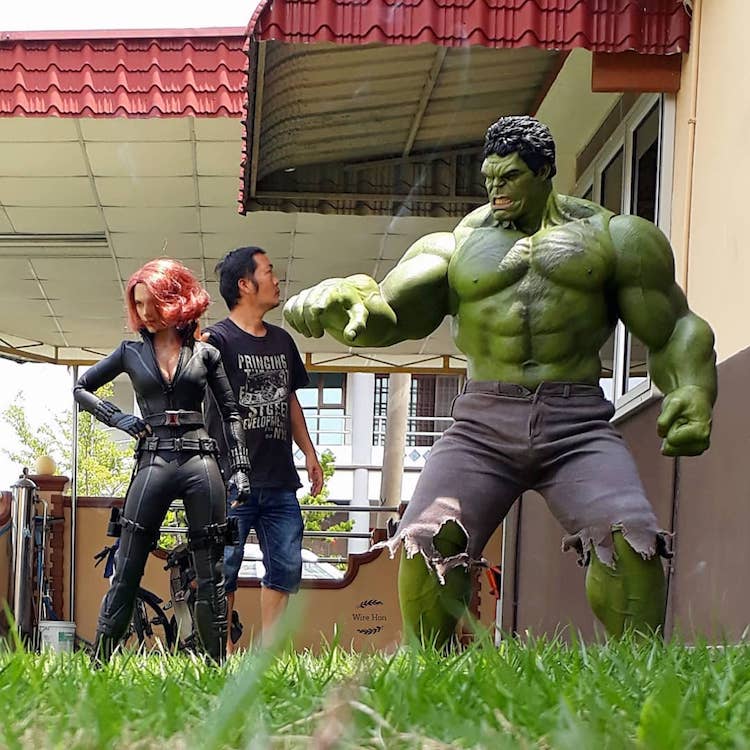 The Smithsonian brings up our obsession with Superheroes.

In my surveys of the genre, I’ve found that superheroes undergo three types of life-altering experiences that we can relate to.

The first is trauma, which lies at the heart of Batman’s origin story, in which Bruce Wayne dedicates himself to fighting crime after seeing his parents murdered. In real life, many people experience “stress-induced growth” after a trauma and resolve to help others, even becoming social activists.

The second life-altering force is destiny. Consider Buffy the Vampire Slayer, about a normal teenager who discovers she’s the “Chosen One”—endowed with supernatural powers to fight demons. Buffy is reluctant to accept her destiny, yet she throws herself into her new job. Many of us identify with Buffy’s challenge (minus the vampires) of assuming a great responsibility that compels her to grow up sooner than she wants to. 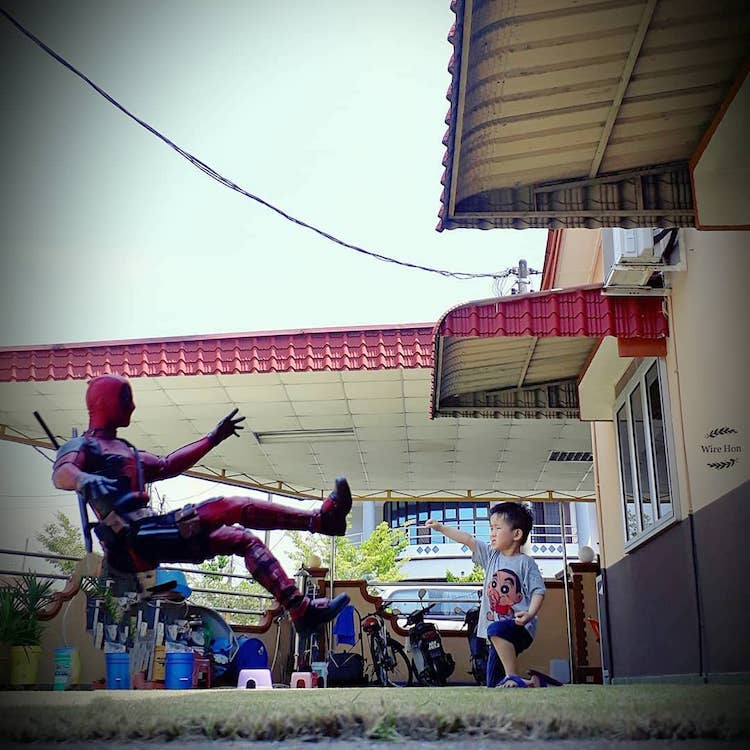 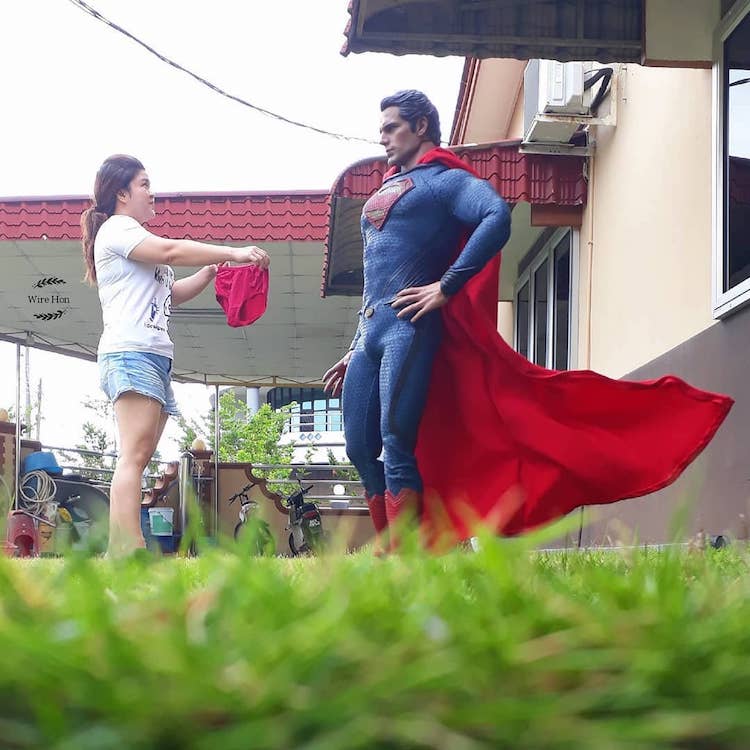 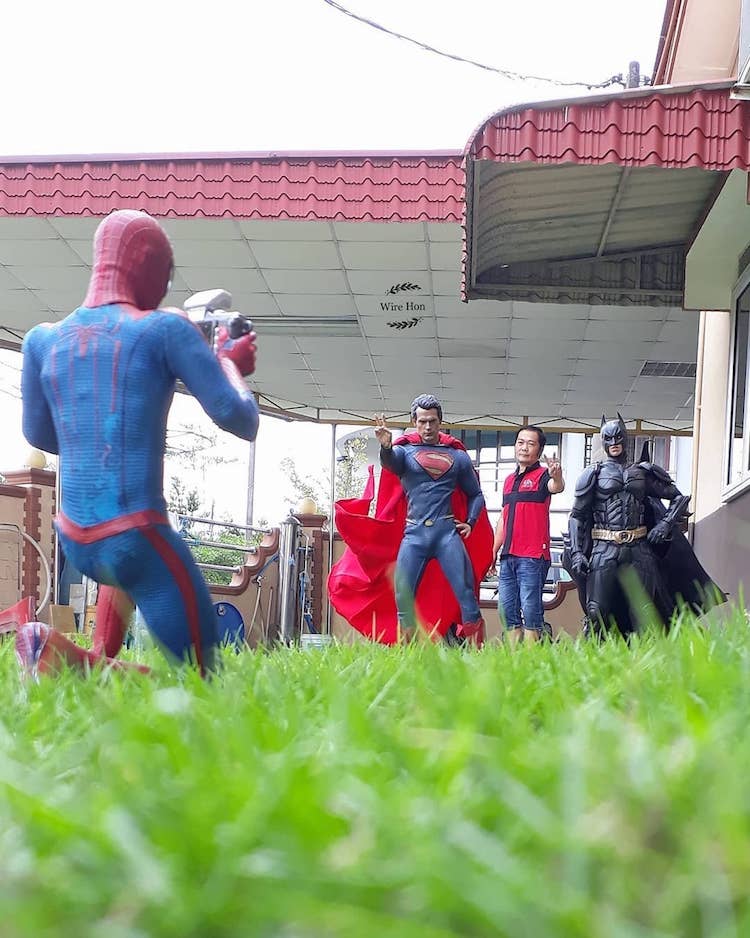 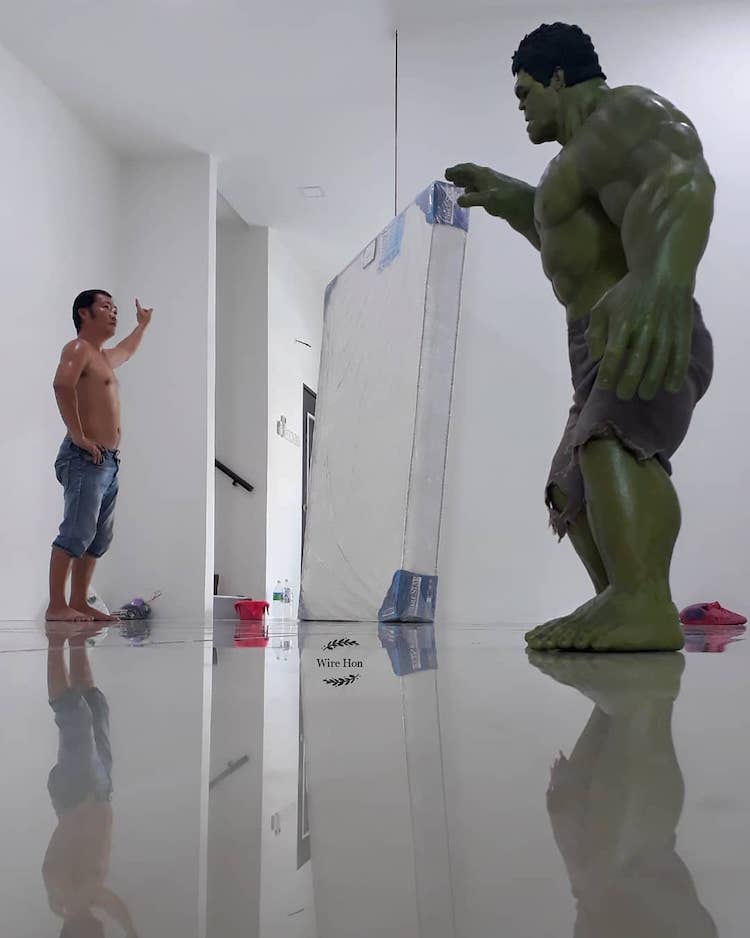 Lastly, there’s sheer chance, which transformed a young Spider-Man, who was using his power for selfish purposes until his beloved uncle was murdered by a street thug. Spider-Man’s heroism is an example of how random adverse events cause many of us to take stock of our lives and choose a different path.

At their best, superhero origin stories inspire us and provide models of coping with adversity, finding meaning in loss and trauma, discovering our strengths and using them for good purpose. (Wearing a cape or tights is optional.) 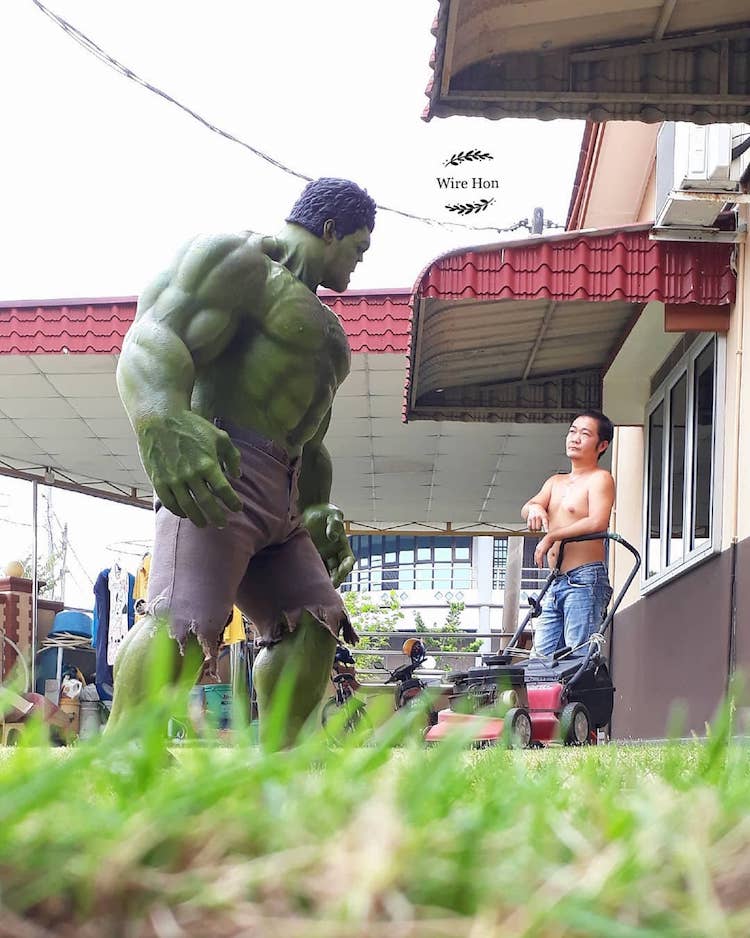 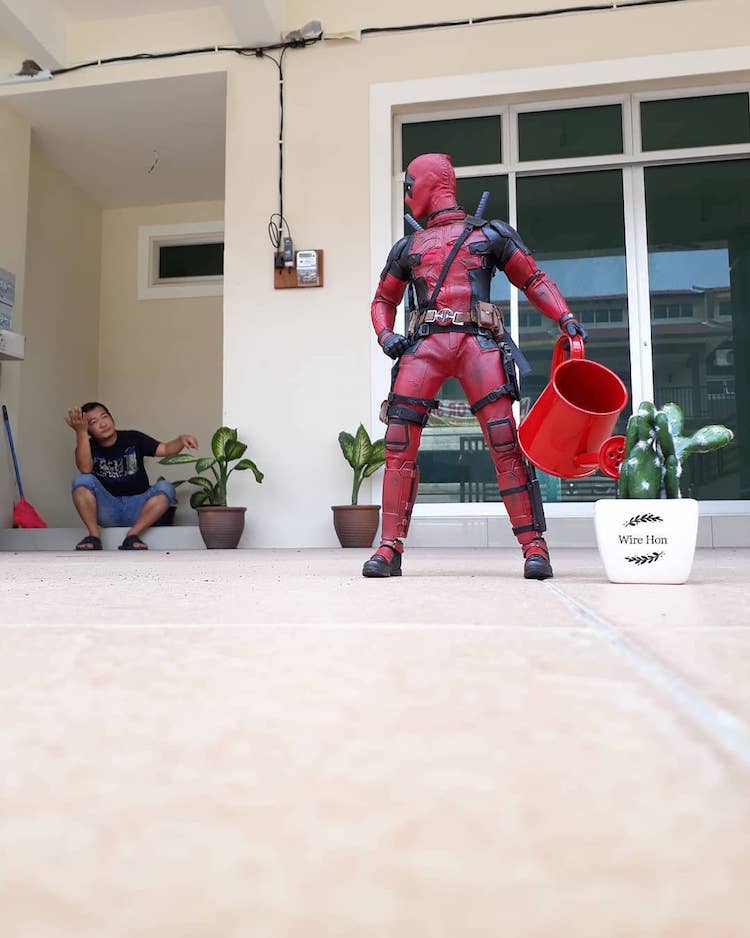 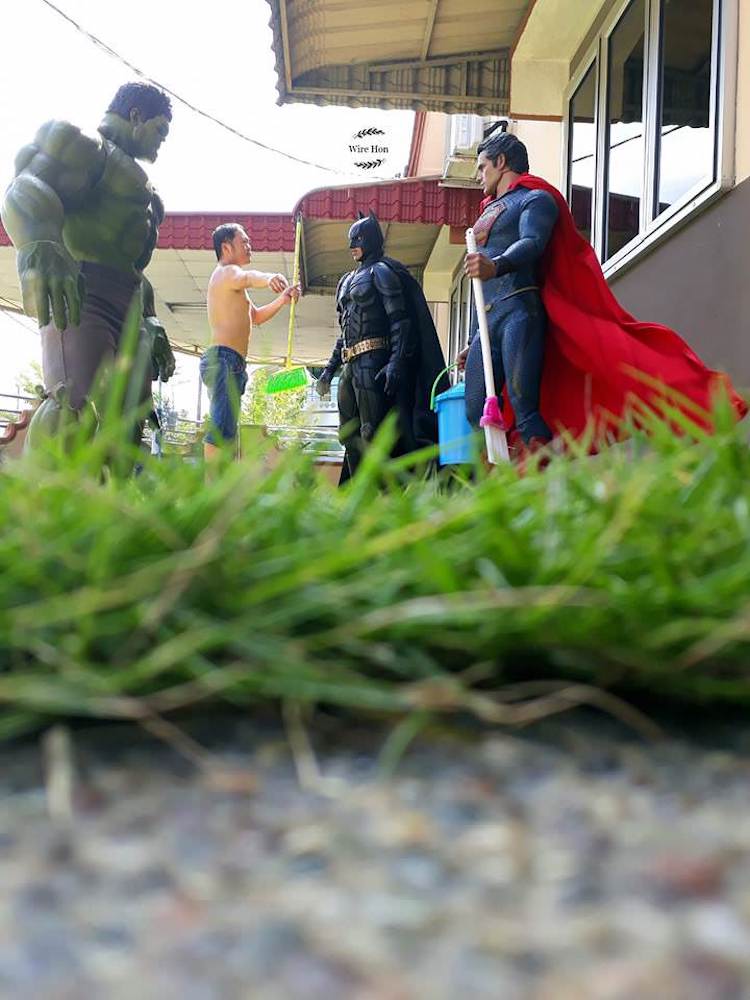 Comic book writers could have chosen not to endow their characters with origin stories. (In fact, Batman’s back story wasn’t published until the comic’s seventh installment.) But those writers were keen observers of human nature. And they were able to translate those observations into captivating stories reflecting aspects of psychology that were confirmed by researchers decades later. In doing so, they tap into our capacity for empathy, one of the greatest powers of all.

#11 And here’s how it really looked 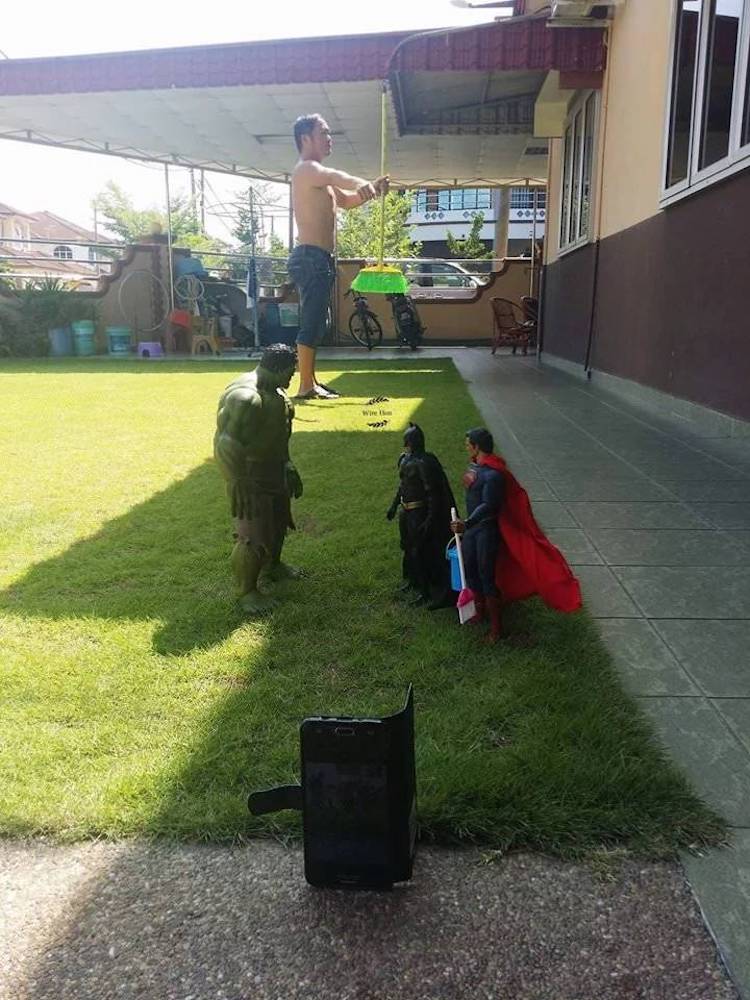 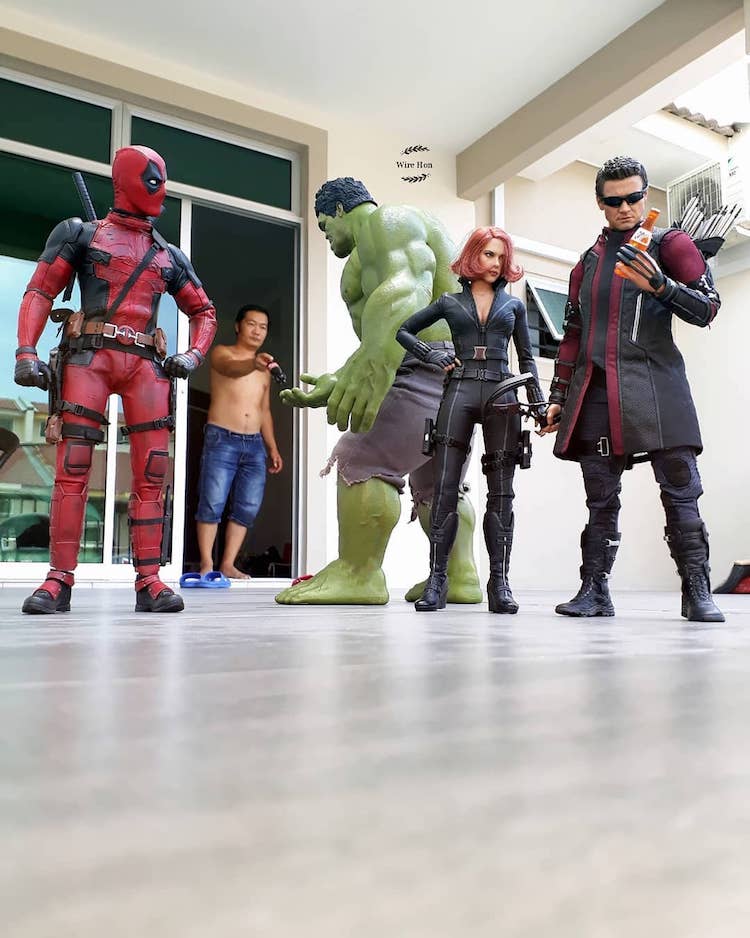 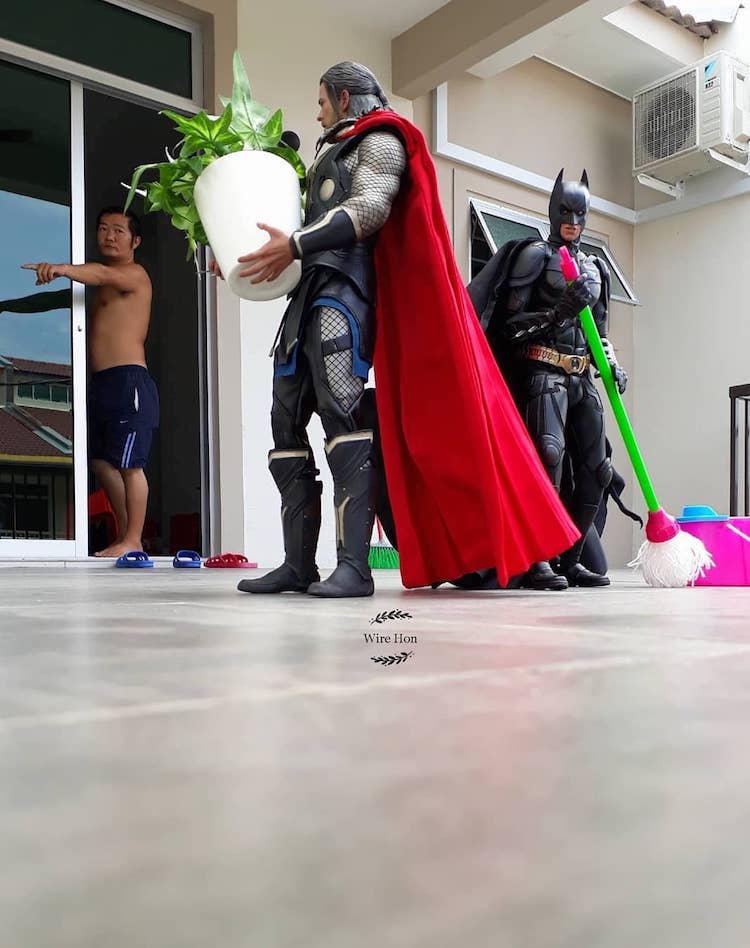 What about you? Which superhero did you look up to when you were younger? Tell us down in the comments!